We first started seeing Öhlins drop-in cartridges for RockShox BoXXers sneaking into Adam Brayton and Nico Vink’s forks a couple of years ago. In that timeline, Brayton took the system to a World Cup podium, and being the absolute badass that he is, Nico Vink casually blasted jumps coming in at nearly 100 feet in length. In any case, the system also lived in an X-Fusion chassis and won a World Championship beneath Loic Bruni. Coming full circle, when Öhlins launched their DH fork, it became clear why they had been testing a drop-in air spring unit and cartridge damper. Doing so helped them refine the tuning side of things separately, while they independently developed their own chassis’ and waited to see what the MTB world would settle on for wheel size. 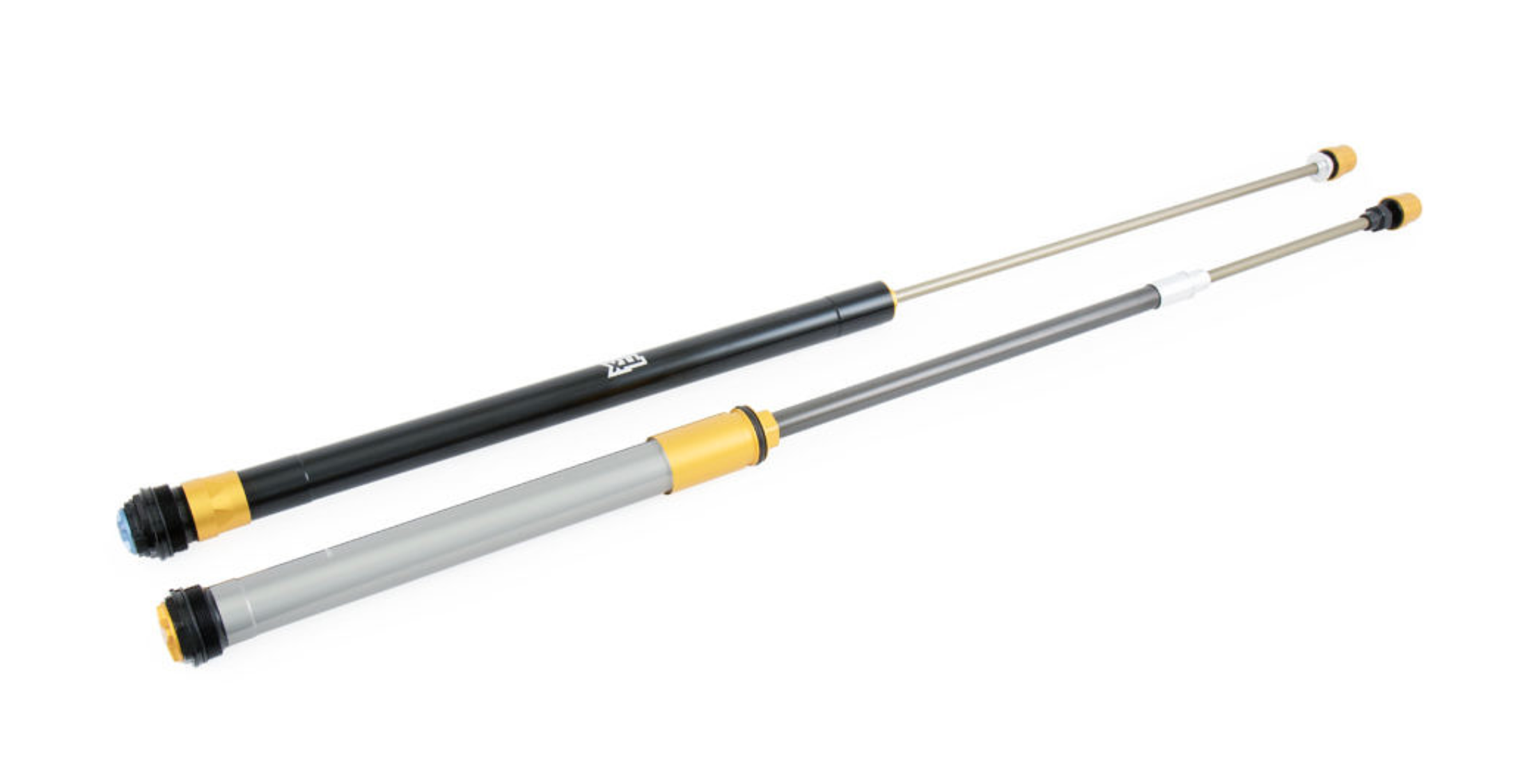 Well, it turns out that the R&D and time spent was worth bringing to market outside of their own fork. Last Spring, at Sea Otter, our contact at Öhlins brought us a near production BoXXer kit for us to test at home. Note: the TTX-18 kit is also available for FOX 40. It’s important to understand that the kit we rode has been refined slightly both on the air spring side and the cartridge damper side for production, slated for a late November release. Anyhow – here’s what we thought of the plug and play Swedish gold kit… 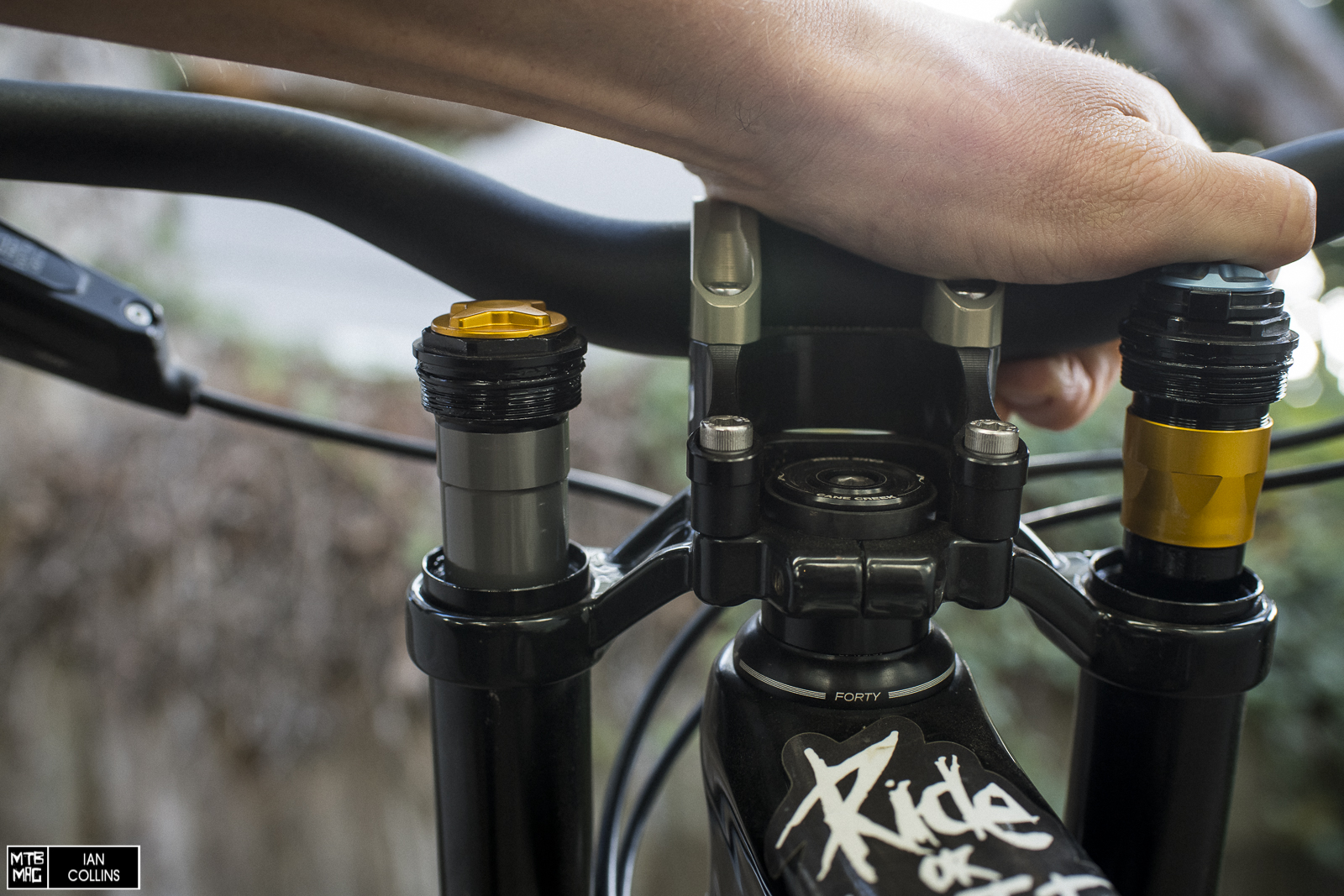 The TTX-18 kit includes a self contained an air spring that is scaled and modeled after Öhlins’ own 3-chamber cartridge. This and the twin tube (or “recirculating”) damper cartridge simply drop into your current, existing BoXXer chassis. 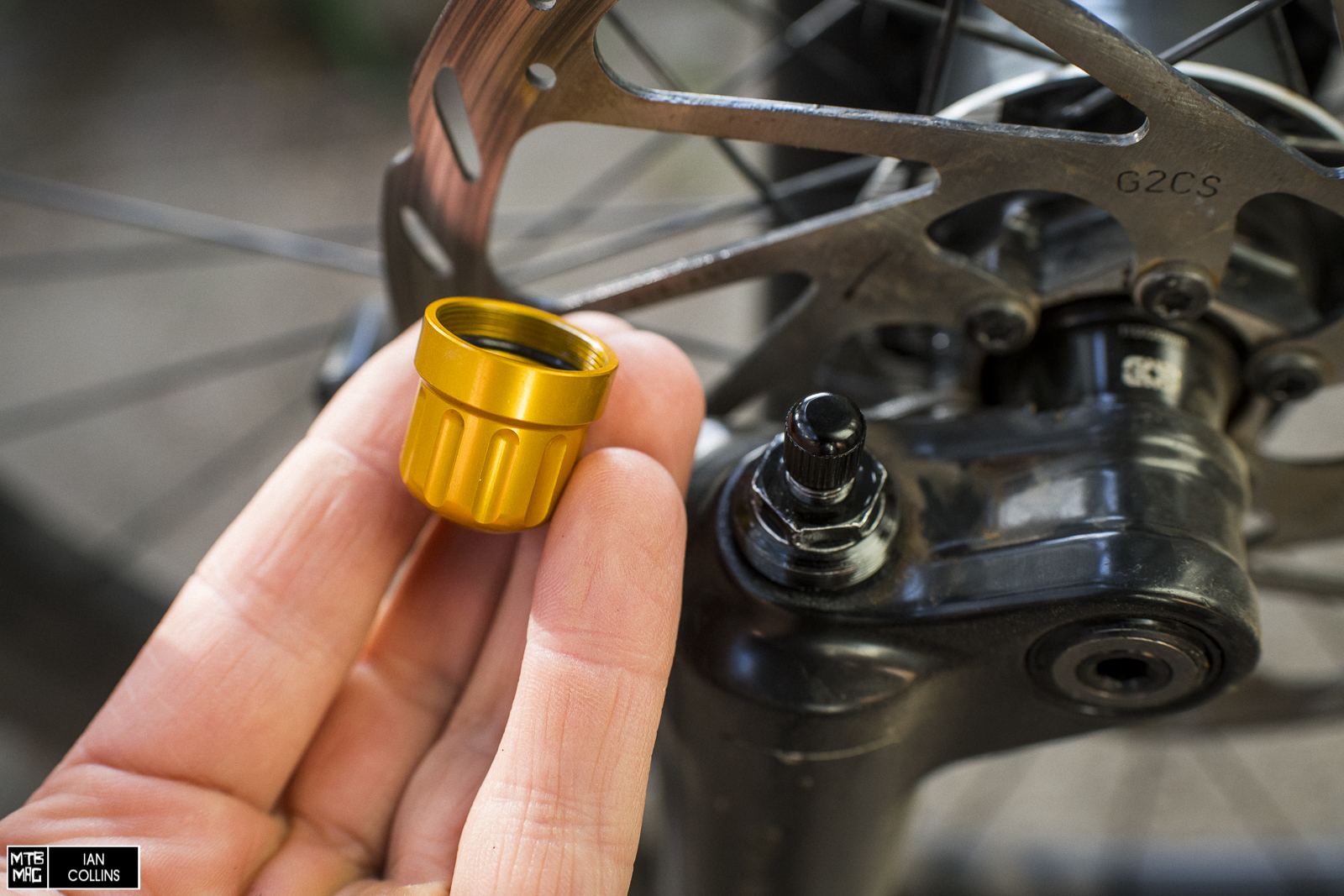 One feature we love on Öhlins forks is the endless air spring tuning adjustment on offer via the 3 chamber air spring. In short, it has a positive and negative spring like any other system, but in lieu of using volume reducers to tune linearity/progression, there is a third air chamber which handles that duty via a schraeder valve. Stashed under a gold protective cap, it is accessible below the lower leg assembly. 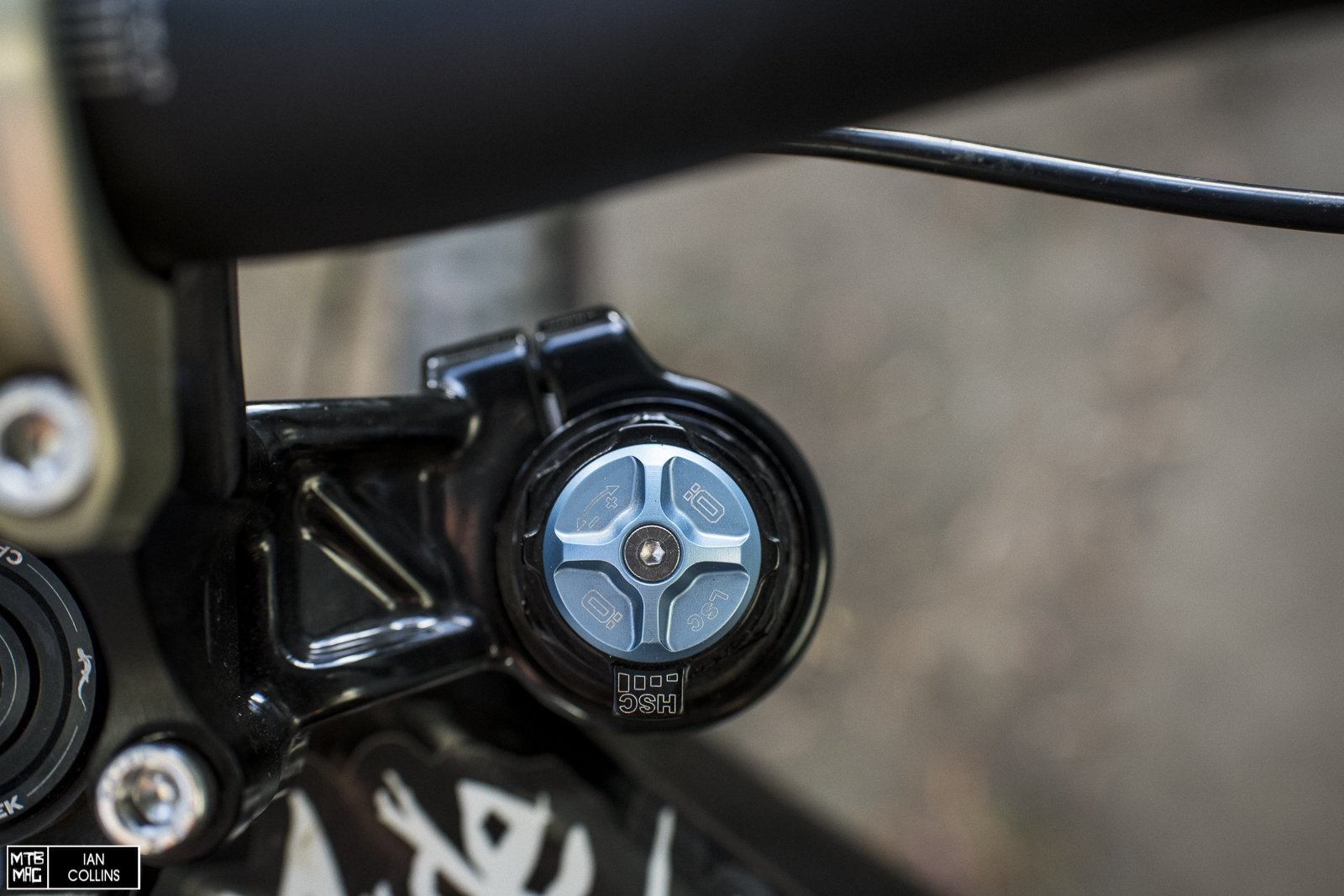 Much like the air spring unit is similar Öhlins’ own, so is the damper cartridge. It doesn’t have an internal floating piston like a “Charger” damper, but rather it’s a twin tube, or “recirculating” design, which generally has less seal friction. In any case the High and Low speed compression damping is externally adjustable with 5 and 15 clicks respectively, and there is one rebound adjustment with 15 clicks as well.

The swap out process is surprisingly simple. You basically pull your current air (or coil) spring unit and Charger damper out, and drop the kit in. Since the Öhlins units are completely self contained, particularly speaking on the air side, there won’t be a piston sliding inside of the stanchion. This is great for two reasons:

1: You’ll no longer need to use circlip pliers or the pesky the retaining rings to secure either cartridge. It seems disconcerting during the install process as the cartridges appear to just float around in the stanchions, but the retaining clips no longer have a purpose now.

2: If you had a BoXXer team with a coil spring, once you rode it, RockShox would advise against switching to an air spring as the coil could mar the inside surface of the stanchion, rendering an air spring piston unable to hold air. This meant that if you wanted to upgrade to “Solo-Air”, you’d need to buy a whole new stanchion as well. Because the Öhlins air spring unit is self contained, you could drop this kit into any BoXXer chassis from 2011-2017. 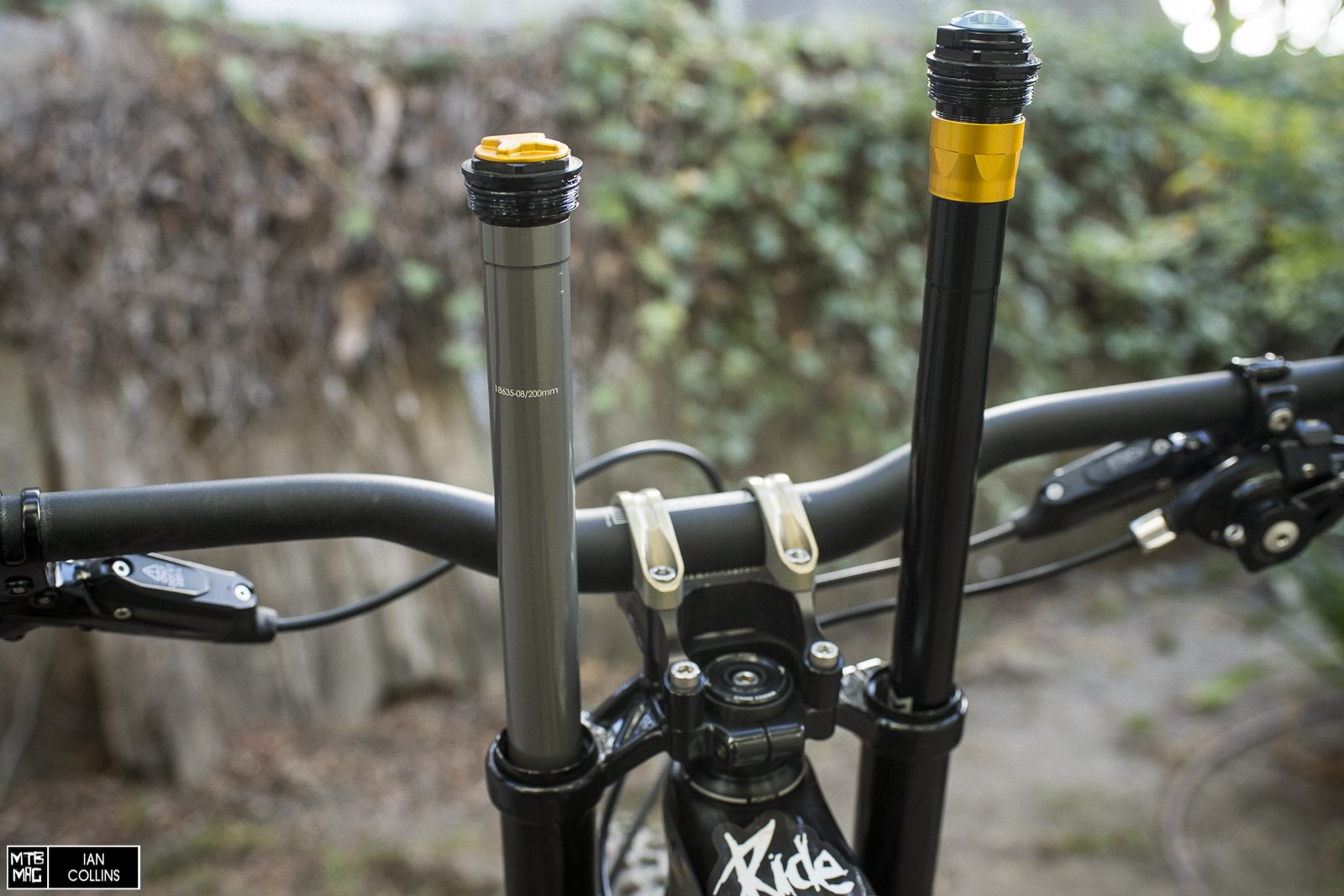 Lastly, sealing up the cartridge rods with the lower leg assembly requires a spanner instead of an allen key. As with the stock system, you’ll still need to put a few CC’s of 30 weight, or similar oil in the lowers to keep it lubricious while things get jostled around once you’re riding.

After a painless install, we spent a fair bit of time getting acquainted with the system. We started off with a fairly middle of the road damping adjustment – 2 clicks from open on HSC and 7 clicks from open on LSC. Overall, we didn’t deviate much from there, perhaps adding a bit of compression in the bike park and bigger jumps, then lightening things on really technical trails. Our initial impressions were that the fork became a bit quieter and felt more refined, particularly when things got a bit hairy or wild on trail. The damping is very well controlled. 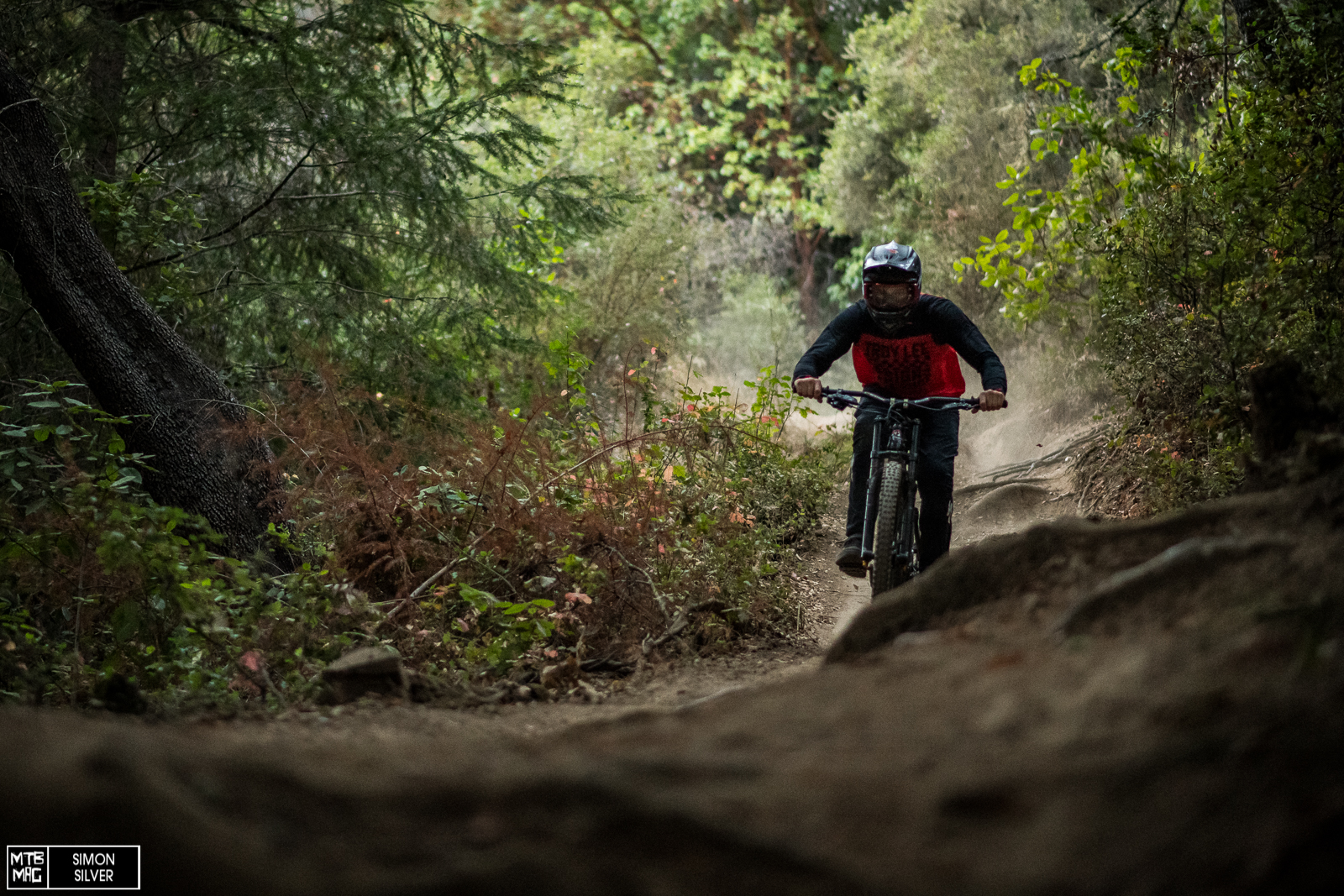 Initially we struggled slightly with striking the perfect balance on the air spring side. For a frame of reference, on a standard, pre-2018 BoXXer World Cup, our test rider used to run 3 volume reducers and 90 PSI. This system has a lower volume air spring, and thus requires more pressure to achieve the same level of sag. On Öhlins’ RXF-34 and RXF-36 single crown forks, a ballpark 2 : 1, bottom out : positive spring ratio worked nicely. And thus we started there with 115 PSI in the main and 230 PSI in the third chamber, which felt a bit harsh, mostly off the top. Our friend at Öhlins kindly let us know that that was Loic Bruni’s preferred setup, which prompted us to humbly go softer. Eventually our 185 pound rider would work his way down to 100 PSI in the main and 225 PSI in the bottom out chamber. 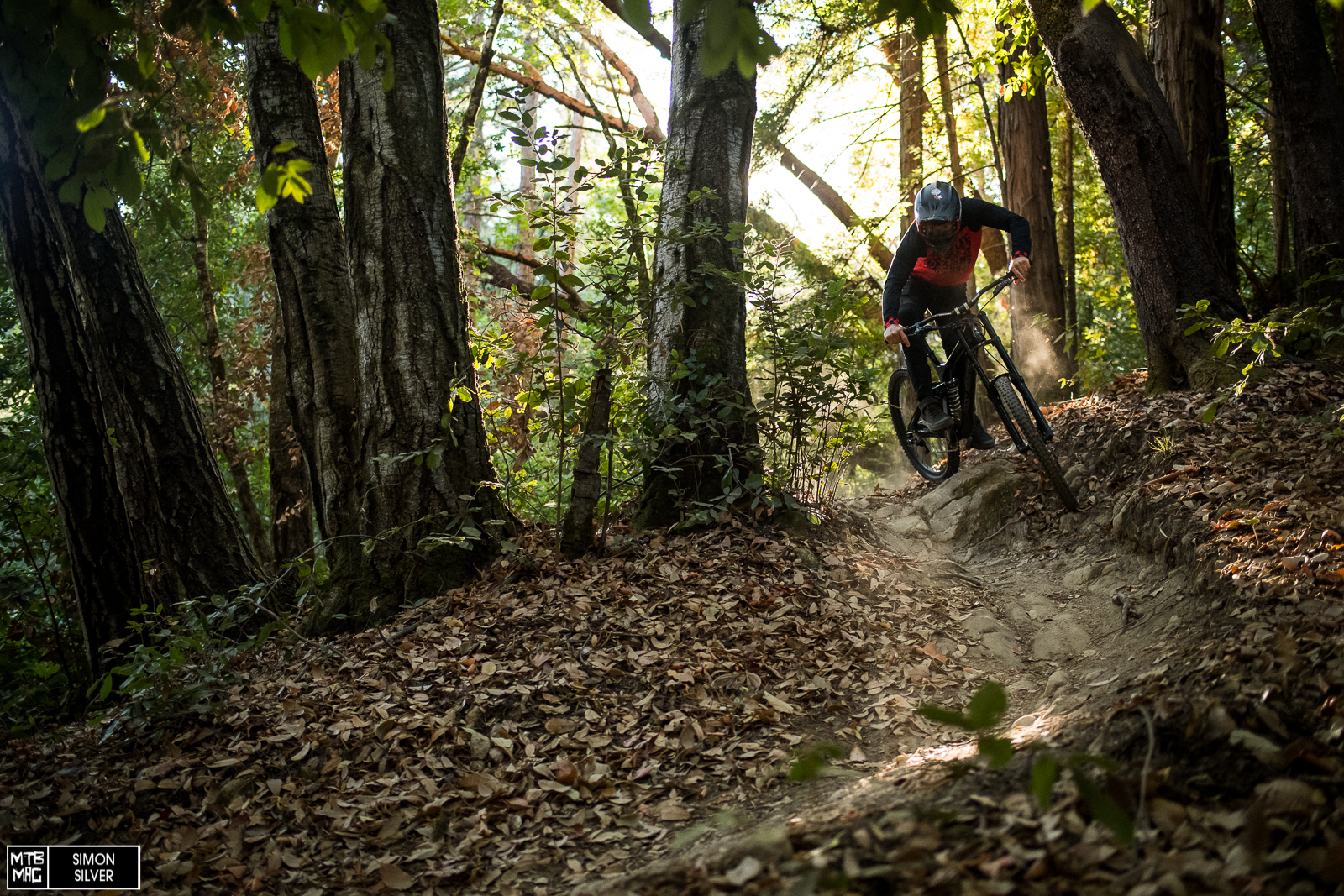 One of our gripes was that the fork felt a bit harsh off the top and didn’t quite ease into its travel with as light of a breakaway force as we’d expect. Interestingly, when we touched base with Öhlins, they mentioned that the production version of the air spring will have a substantially larger volume in its negative air spring. This will make the fork ride lighter off the top, and should put the curve right where it should be. Öhlins also noted that they made some internal changes to the damper, although they did not get into specifics. 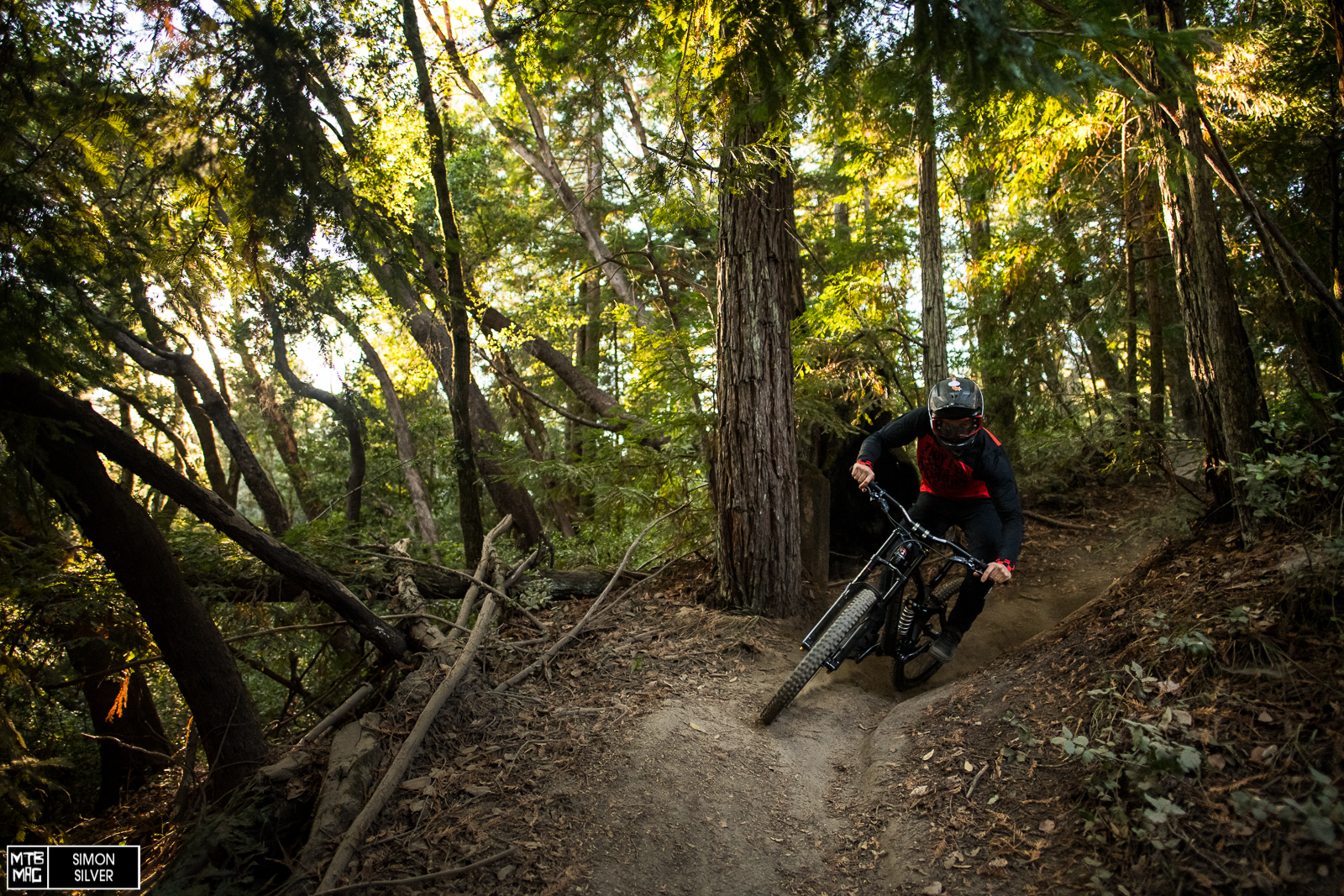 Making a direct comparison to a stock World Cup BoXXer is a bit difficult. The average rider likely won’t have their jaw on the floor due to an enormous performance gain, but we appreciated the massive range in tuning and the fact that it can be accomplished with a simple shock pump, trailside. On the damping side, it’s not a lofty claim to say that things simply felt a bit more controlled and refined – particularly during the most hectic moments. We loved having high and low speed compression adjustments, where the Charger damper it replaced just had a single compression adjustment. It’s worth noting that while this is not a cheap kit, everything is made with the highest level of attention to detail. The detents on the adjusters are crisp and perceptible with gloves, and we loved that both the air valve and rebound adjuster had protective knobs to prevent them from being bashed by rock strikes.

In the 6 months we’ve spent testing this kit, our experience has been quite good. The only minor gripe should be preemptively ironed out for production, by way of increased negative air spring volume, which more and more forks seem to be featuring in general lately. The only remaining point of contention is the price. Spending $749 on your old fork with a dated chassis might not seem all that fiscally prudent. However, let’s say you have an “older” BoXXer and can’t justify spending $1300-$1700 on a new one…Provided its bushings aren’t clapped, a $29 rebuild kit and a highly refined, Swedish hop up kit might not be a bad idea. Especially if you happened to have a more entry level, coil sprung model, where you’d see the biggest performance gains. The TTX-18 will appeal most to the tuning types, knob twiddlers and more perceptible riders out there. Ultimately, its on you to decide if it’s compatible with your wallet and your program. Also – we’re currently testing the new BoXXer, so stay tuned for our thoughts in the coming months…