The current chassis for the RockShox Pike was first announced around Sea Otter (read: Spring) 2017. With that it saw roughly a 160 gram weight loss due to its new bones. The next year the fork’s main update was the Charger 2 damper as well as some SKF seals. Most recently, following the company’s “incremental enhancements …” motto, the Charger 2.1 was released as RockShox rolled out the Signature series suspension lineup. 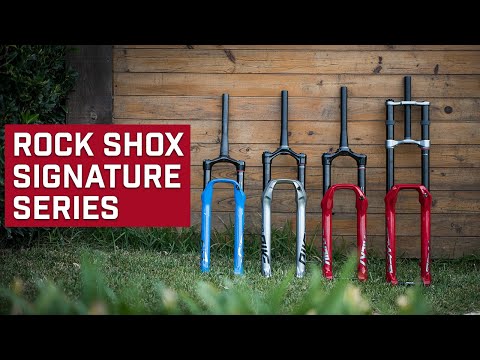 The main shortcoming of Charger 2 was that it suffered from a bit of spikiness and somewhat limited range in usable high speed compression damping. Charger 2.1 remedied that issue mainly by way of an updated shim stack, but the damper was also upgraded with an improved piston wearband and an SKF rod seal – both of which help reduce stiction and while making for better small bump sensitivity. The low speed compression also sees additional support via a new needle profile. Anyhow, now that we’ve had a good amount of trail time aboard the staple fork from this past Summer through our current Winter, here’s the report on long term findings. 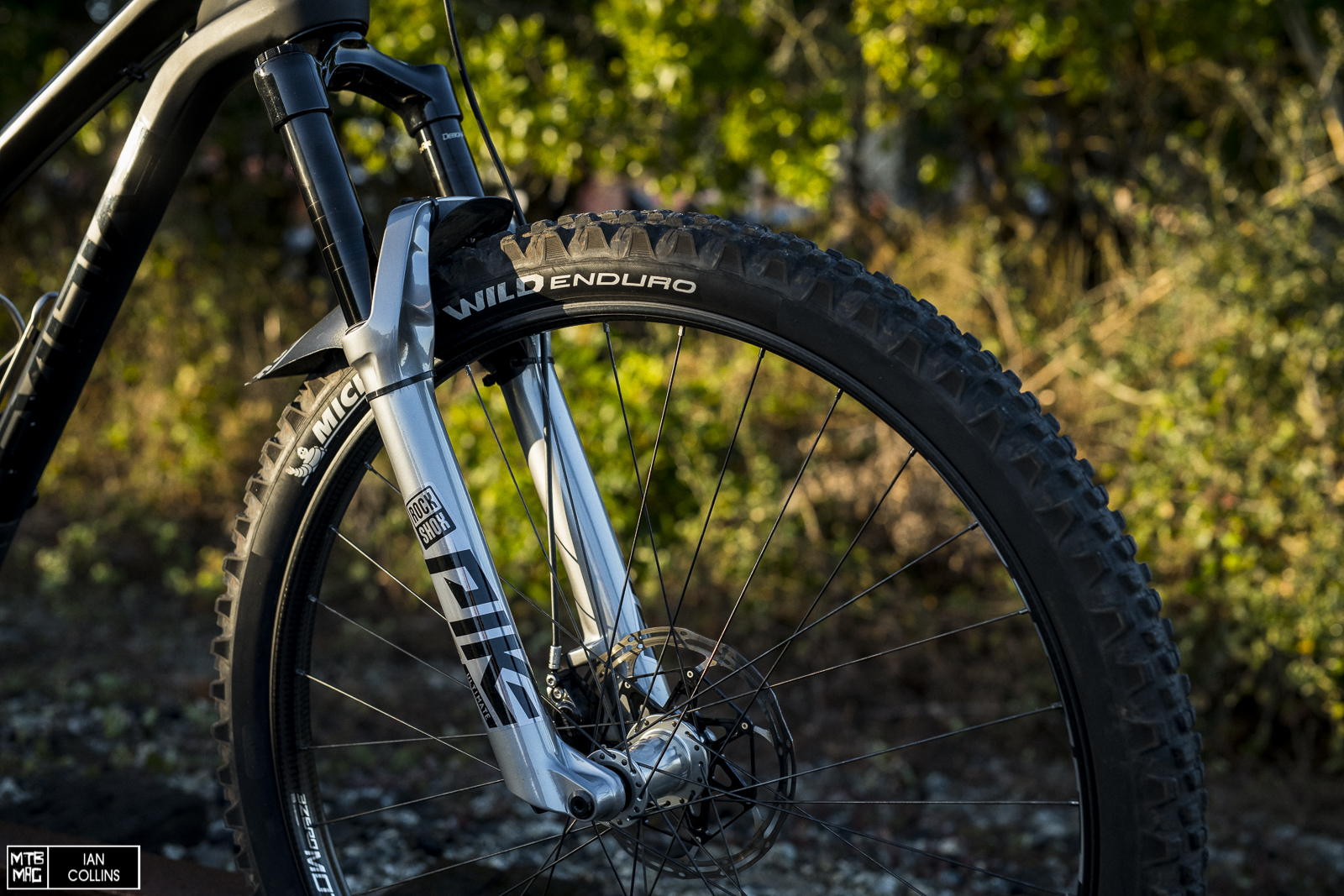 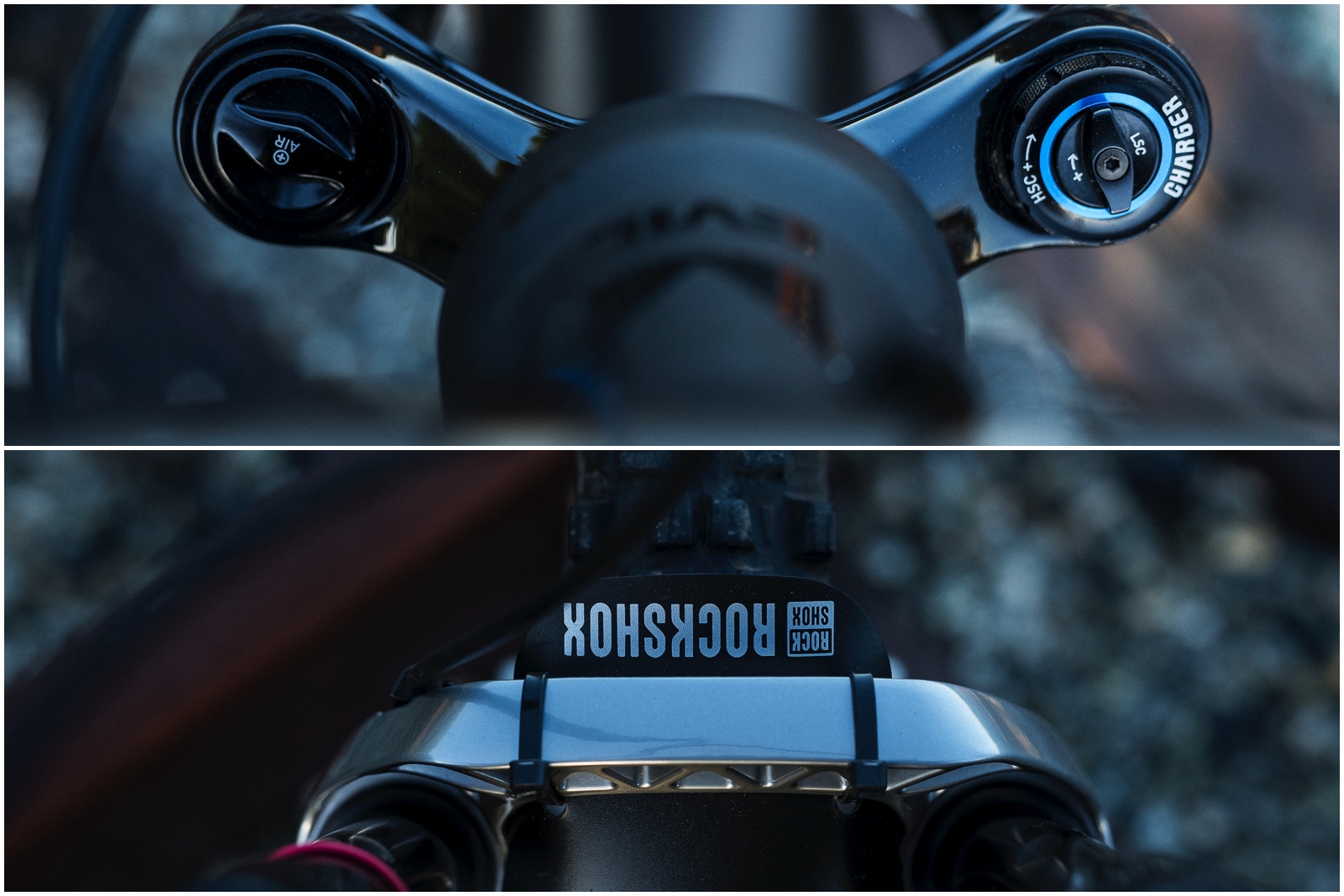 For the most part, the view from above looks the same, with the high and low speed compression adjusters remaining unchanged and the same arch as the last version. 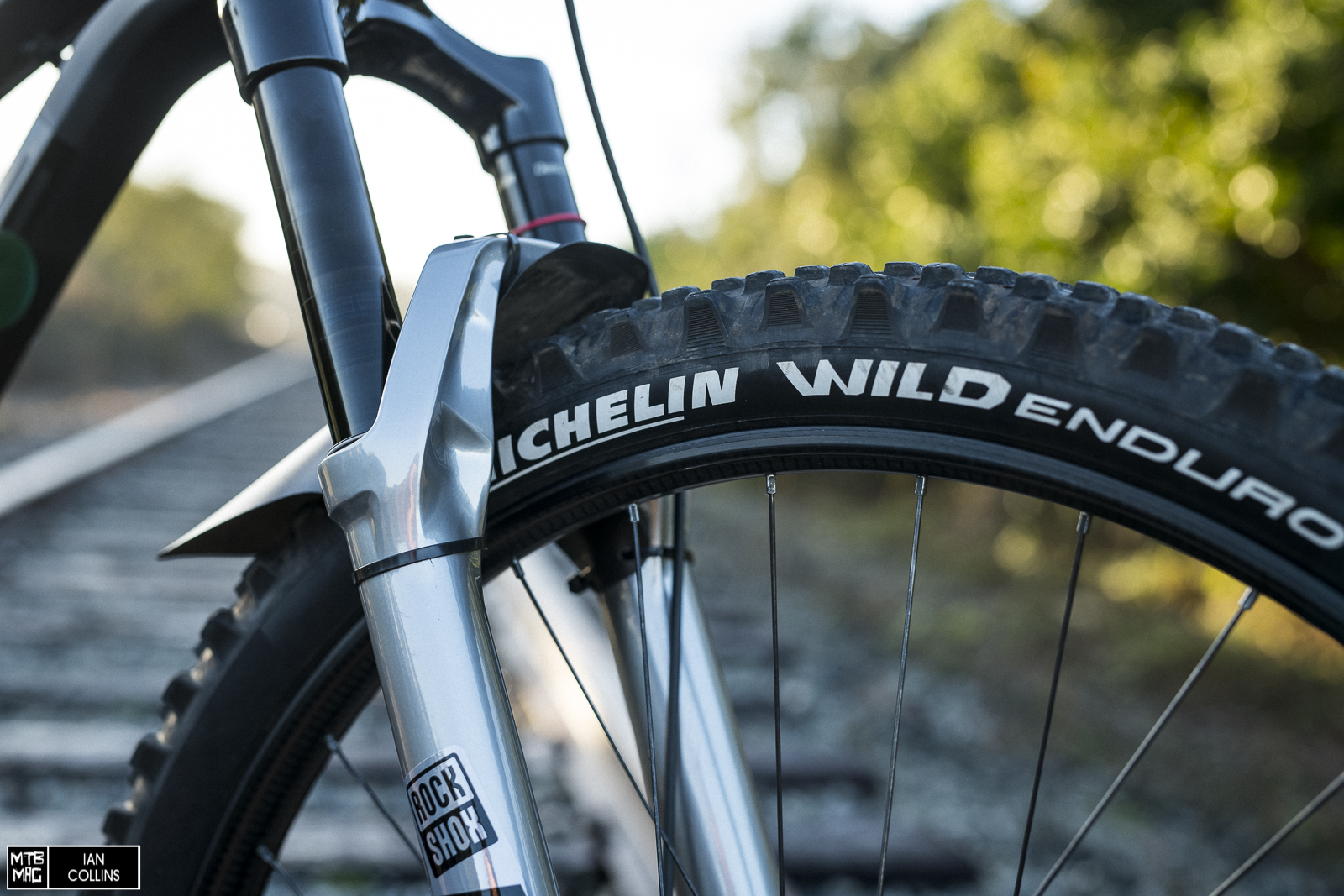 The Signature series forks feature gloss finish, with Pike being available in Silver as well as Black. Lyrik is offered in Red and Black. 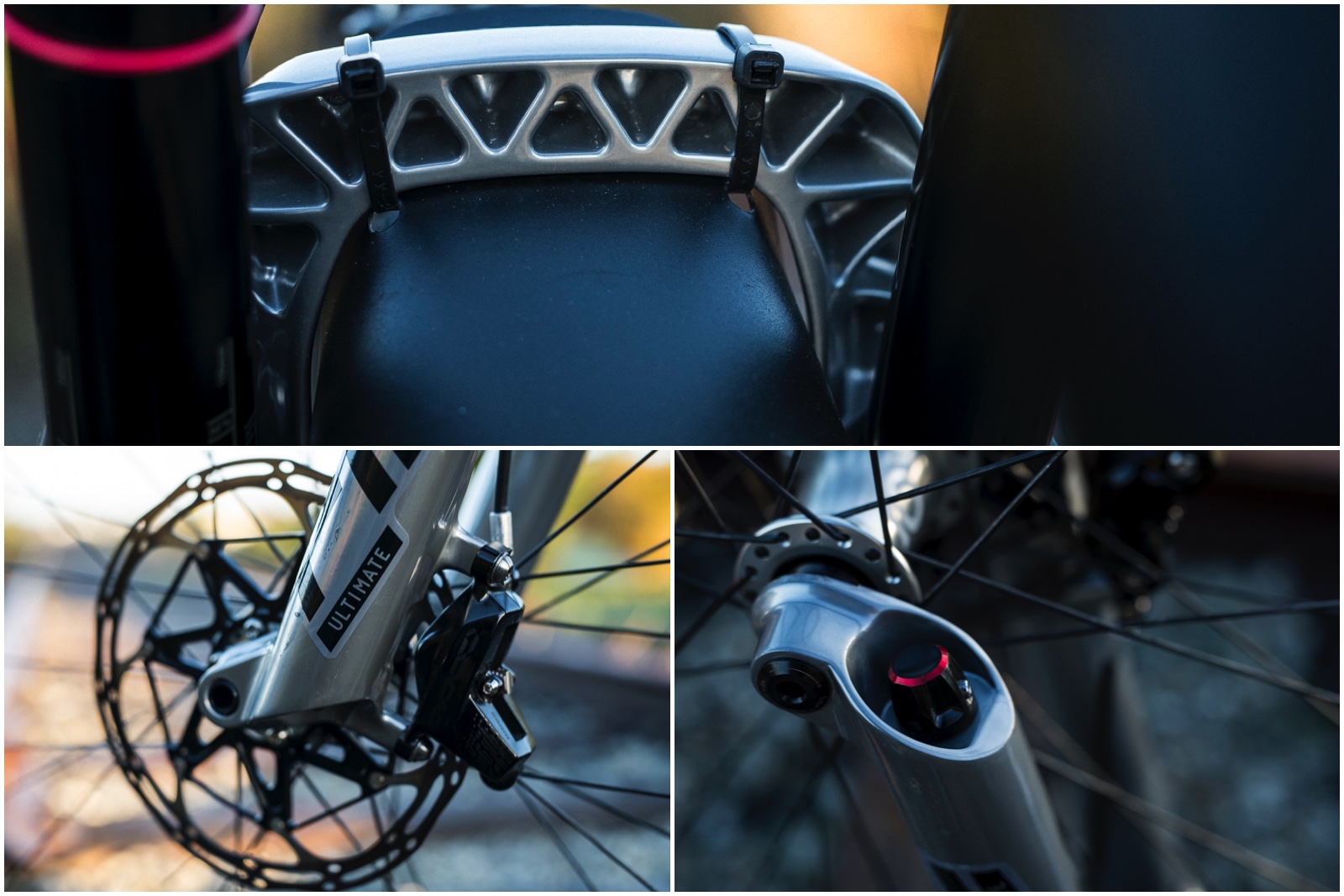 Above are some of the areas that this iteration of the fork found its ~ 160 gram weight loss a couple years back. Lots of relief in the arch, plus a shorter overall damping / air spring assembly which allowed for some less excess material at the bottom of the lowers as well. 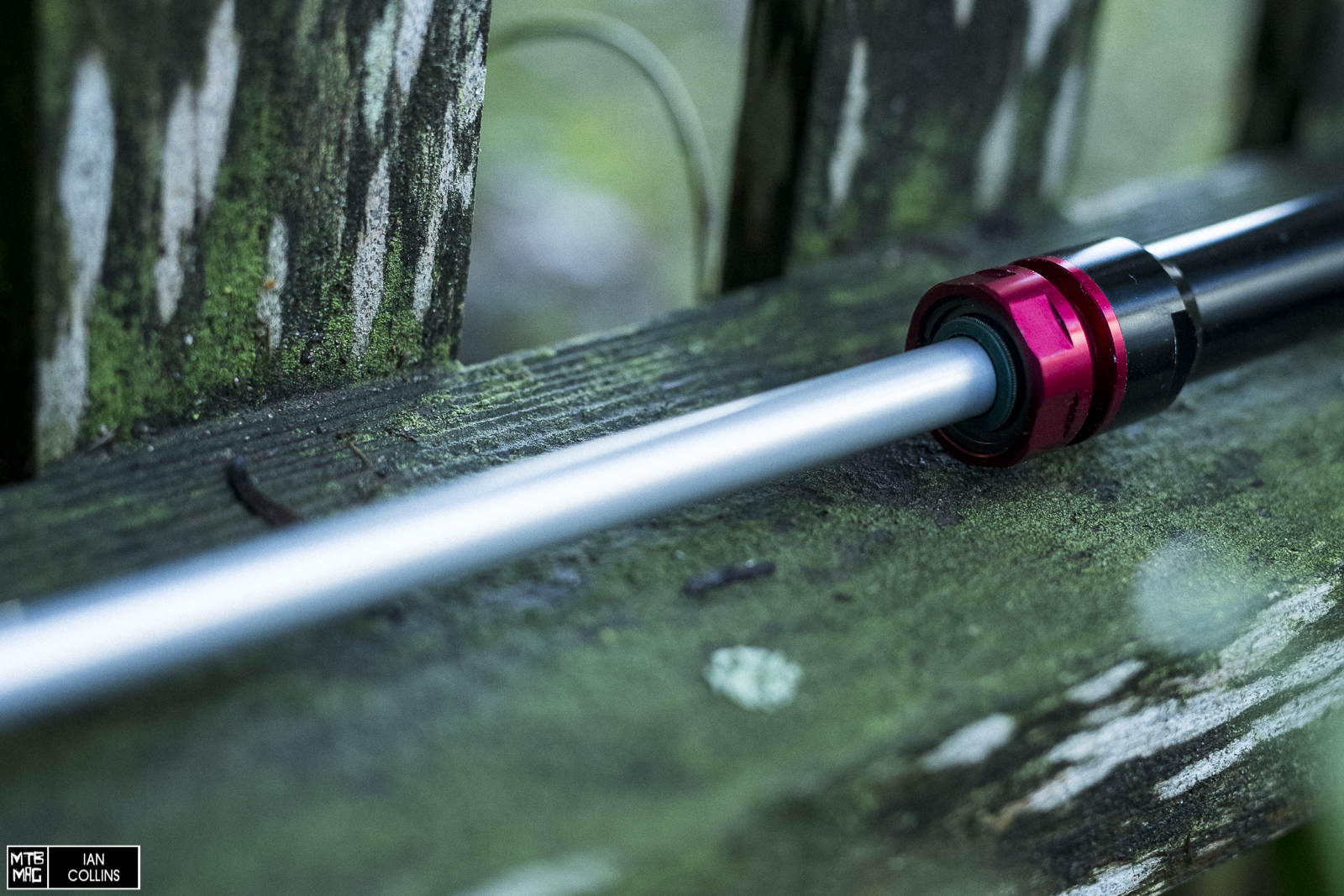 The updated seal head in Charger 2.1 features is now made by SKF, who as a brand, is about as good as it gets, and more of their seals are found throughout the current RockShox forks than ever before. 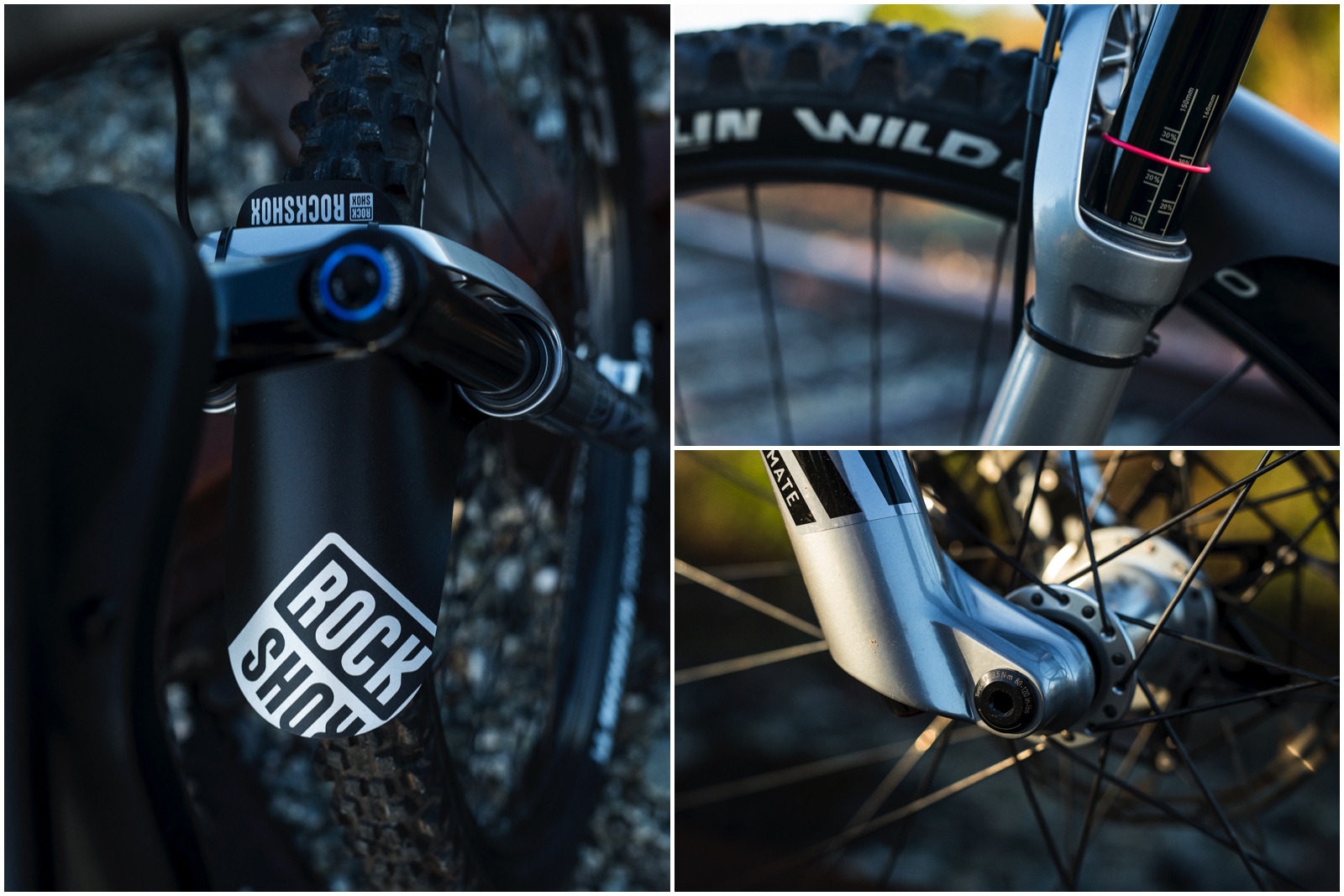 Above left, the new fork comes with a RockShox branded fender, which is a really nice little perk. In fact all of the new Signature series forks come with them. On the right, if you’ve been paying attention for the last few years, you’re likely familiar with RockShox’ patented “Sag Gradients” which are laser etched indicators that make it a breeze to achieve your preferred sag. Lastly, the new forks ship with bolt on axles, which save weight…These days if you’re not carrying a tool, you’re a fool.

This was my first fork with the Charger 2.1 damper and the difference was pretty easy to detect early on. Compared to the last Pike, it started out as just feeling a bit easier on my hands, then more improvements became increasingly obvious as I spent more time on it. When things got hectic, the fork felt a bit less nervous – its calmer demeanor likely attributed to the improved high speed compression, which in my view is the crowning achievement of the Charger 2.1 damper. On Charger 2, if I added much more than 1 click from full open on HSC, the fork got pretty rough. While at 180 pounds, I didn’t really need to add much more than 2 clicks from full open, I dabbled with going to 4 from open and was surprised at how manageable it stayed – that indicates that its range of adjustment likely far better for a broader range of rider weights and abilities. 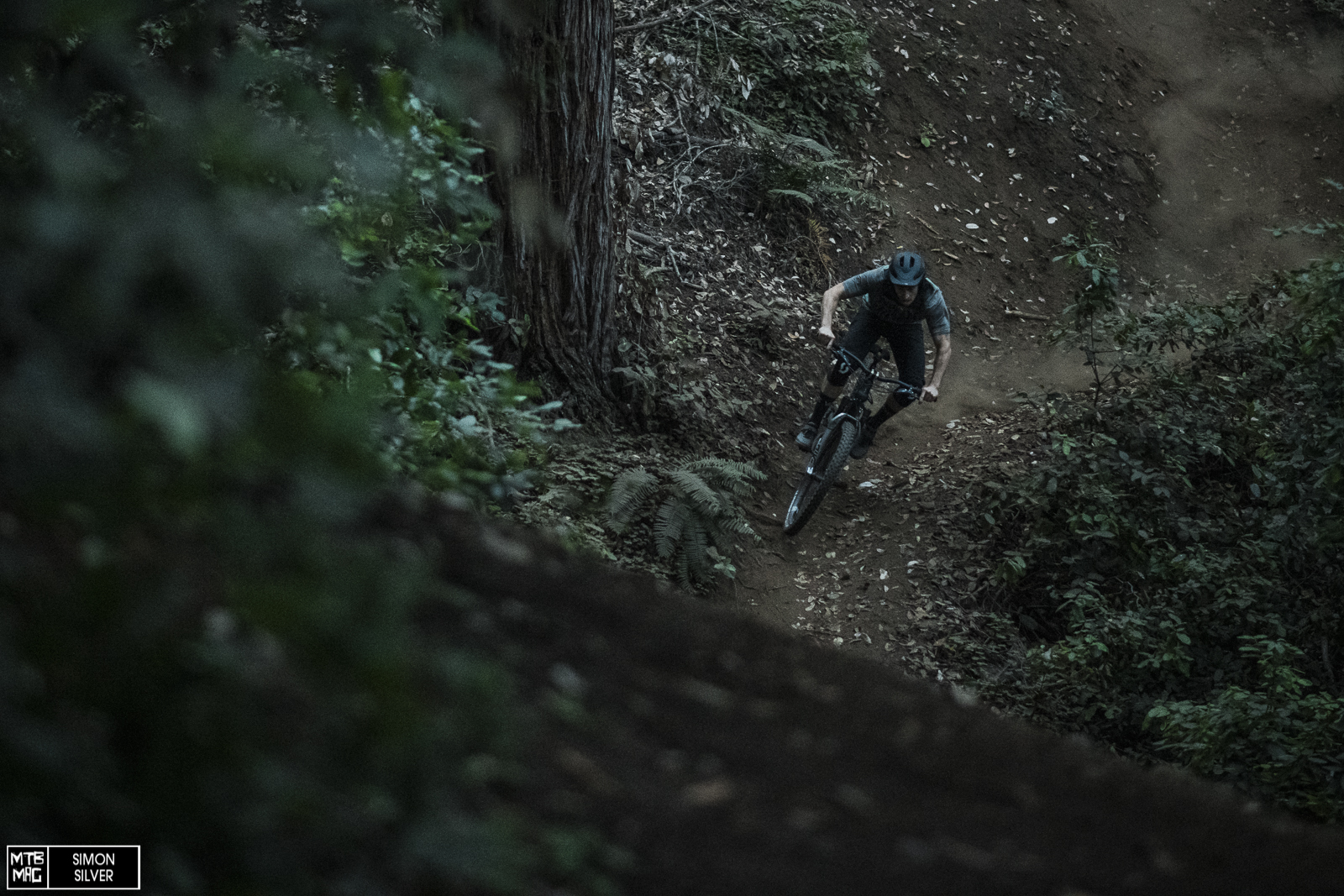 I’d be lying if I claimed to feel a discernible difference in performance from a single upgraded seal in the damper’s seal head, but the fork’s action was noticeably smoother overall, and every bit does count. Switching gears, we can talk about Pike Ultimate’s overall performance in the broader context, with less focus on comparisons to its predecessor. While the chassis is lighter duty than the Lyrik that it replaced, I thought it was very much up for the job on my Evil Offering, a 140mm travel 29″ bike whose disposition leans toward the aggressive end of the spectrum. Having ridden a standard Fox 34, as well as the lighter duty “step cast” model, I do feel that the Pike’s chassis offered improved rigidity and thus better handling, especially compared to the lighter duty “step cast” model. That’s not to say that it blows the 34 out of the water, but I do think it’s the better handler of the two. As far as action goes, in short I’d describe the Pike as a feeling a little more plush and the 34 as feeling a little firmer and racier. There is also the fundamental difference between the two dampers with Fox featuring a lockout and RockShox featuring more tunability in its high speed compression. 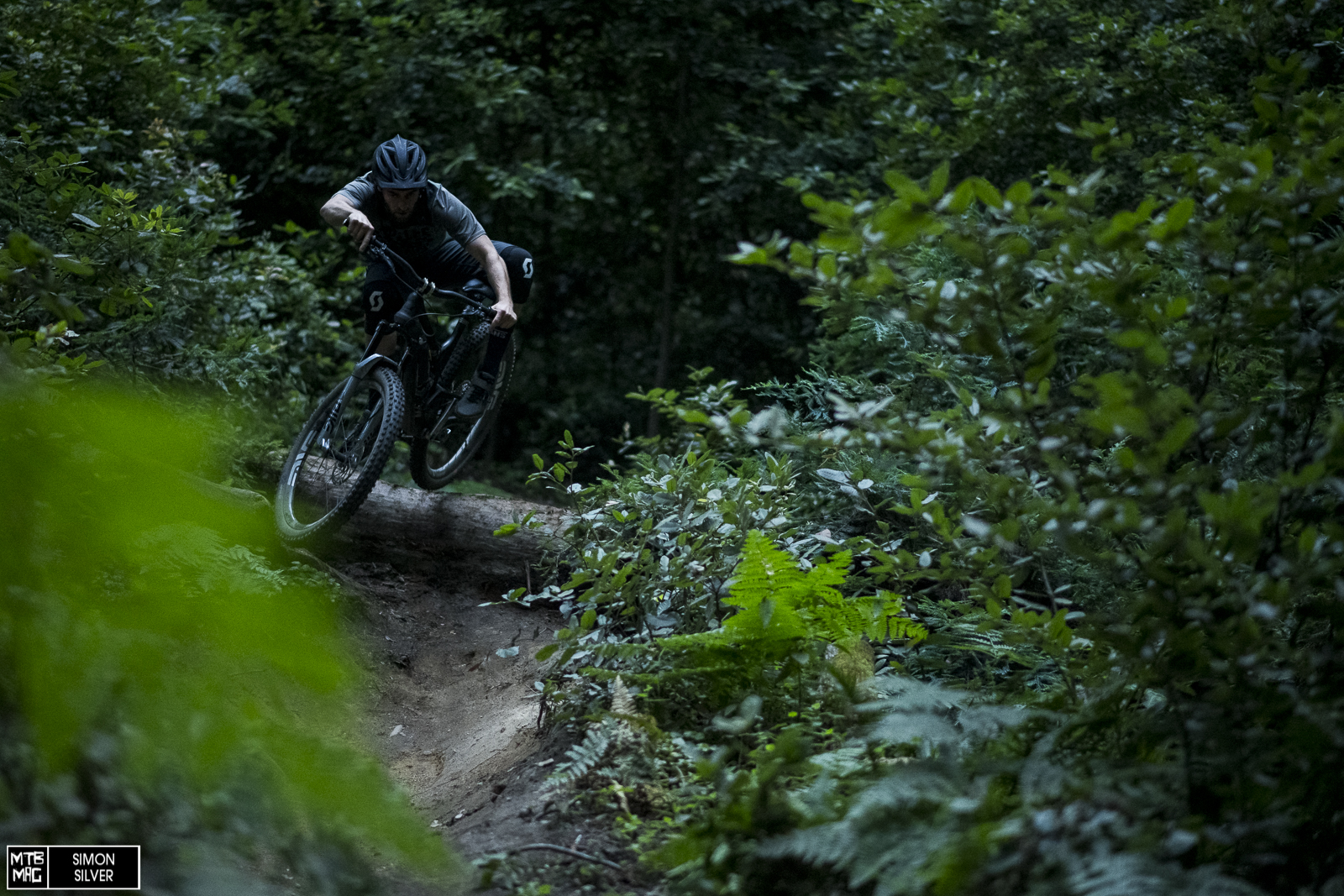 As far as durability is concerned, all I’ve needed to do so far is your pretty standard “drop the legs, clean and lube the seals then put some fresh oil in the lowers service”. This can be done with a couple of allen keys and a soft mallet. A fresh overhaul of the damper is more in depth, but can be with relative ease by a solid mechanic with the right tools. Generally speaking though, there’s been no indication of premature bushing or seal wear and everything has continued to work admirably from Summer dust to Winter mud. Last, but not least when it came to setup, RockShox Trailhead was pretty darn accurate, and I didn’t find myself straying much further than a click and a couple PSI’s. It’s worth noting that the number of volume reducers will vary depending on your fork regarding what wheel size and travel it has. In other words, if you run 3 tokens in a 120mm 29″ fork, that doesn’t mean you’ll necessarily get the same feel from 3 tokens in a 160mm 27.5″ fork. All in all thought, it was pretty easy to get the right balance of initial sensitivity, mid stroke support and bottoming resistance.

At the end of the day, this is a fairly standard RockShox / SRAM story that I often find myself telling about second and third year products … The last version of this fork was pretty darn good, but SRAM found room for improvement without drastic changes involved. For those who have a 2018/2019 RockShox fork, you’re not going to be left high and dry. Should you choose, you can upgrade to a Charger 2.1 damper. They are a little pricey, but would be money well spent if you nailed it right around when your service interval called for a full damper bleed anyway. All in all, with continuous fine tuning the Pike simply remains a damn good all around mid-duty trail fork.

[Video] This is Home – Thomas Vanderham