For 2021 Specialized overhauled their tire lineup with updated and vastly improved rubber compounds being the lead story. Not long ago I published my findings on their revamped classic Butcher T9 tire in the Grid Trail casing – which is lighter in duty. This article covers the Eliminator tire in the Grid Gravity casing (heavier duty) with the T7/T9 dual rubber compound. For a few months I’ve been rallying around with it as a rear tire, where I tend to think it is most ideal, in a 2.3″ width. For what it’s worth, it is available in a 2.6″ width as well – in case that’s your thing. Anyhow, let’s dive in… 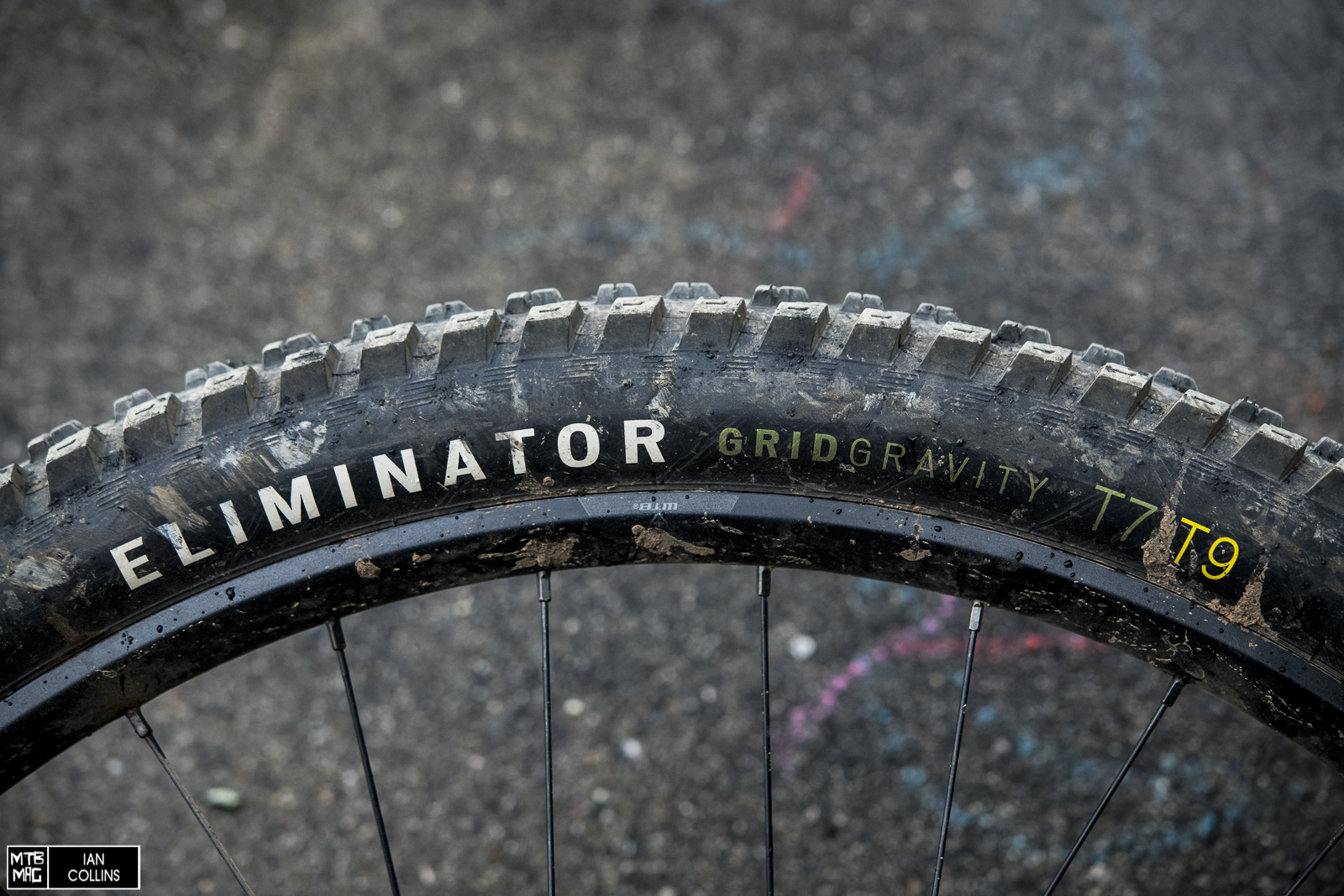 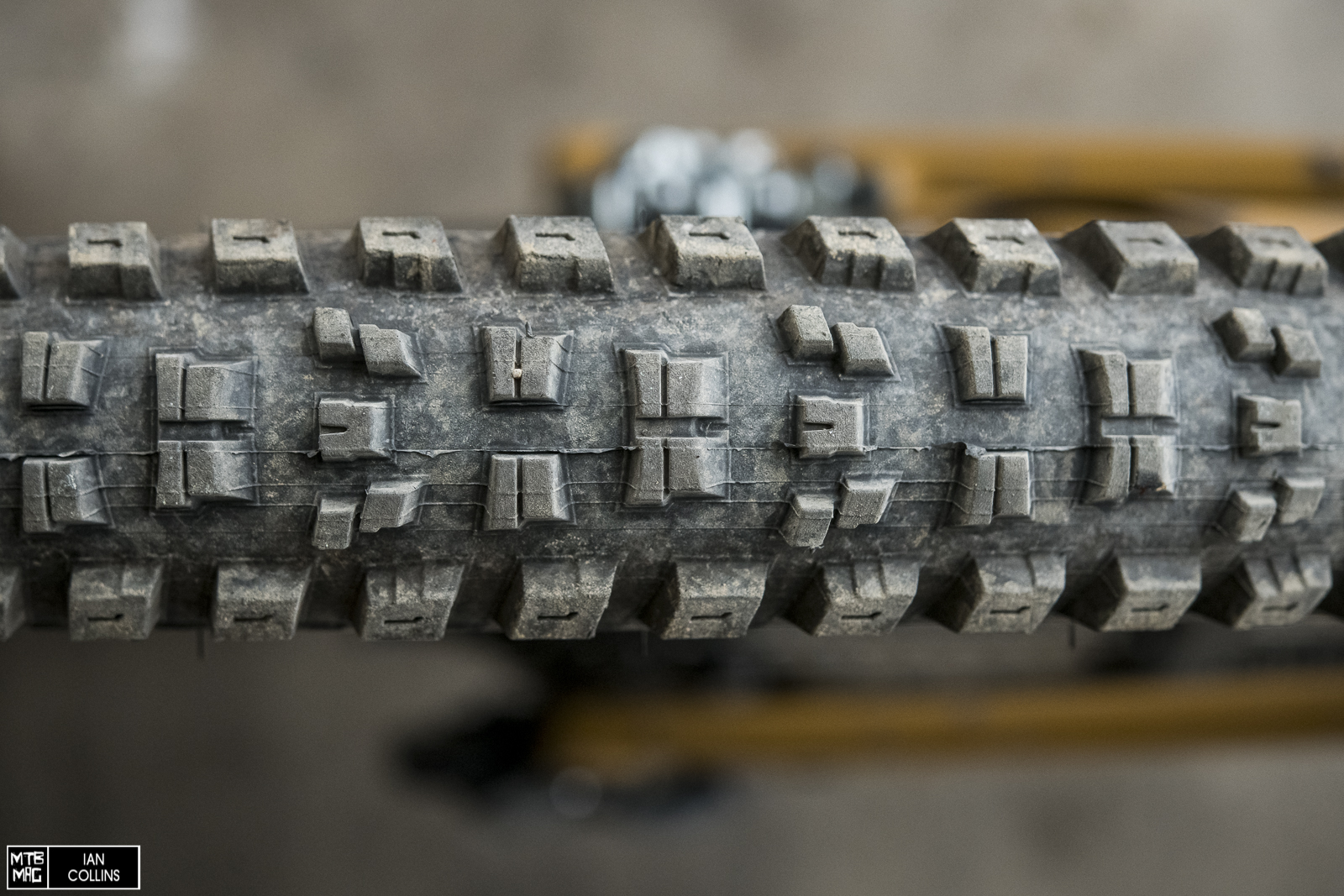 Compared to the Butcher, the Eliminator sees a great deal more knobs running down the center of the tire. The siping, staggering and offset of the many of the knobs is rather aggressive, but due to the higher count and the ramped leading edges, it rolls substantially faster. 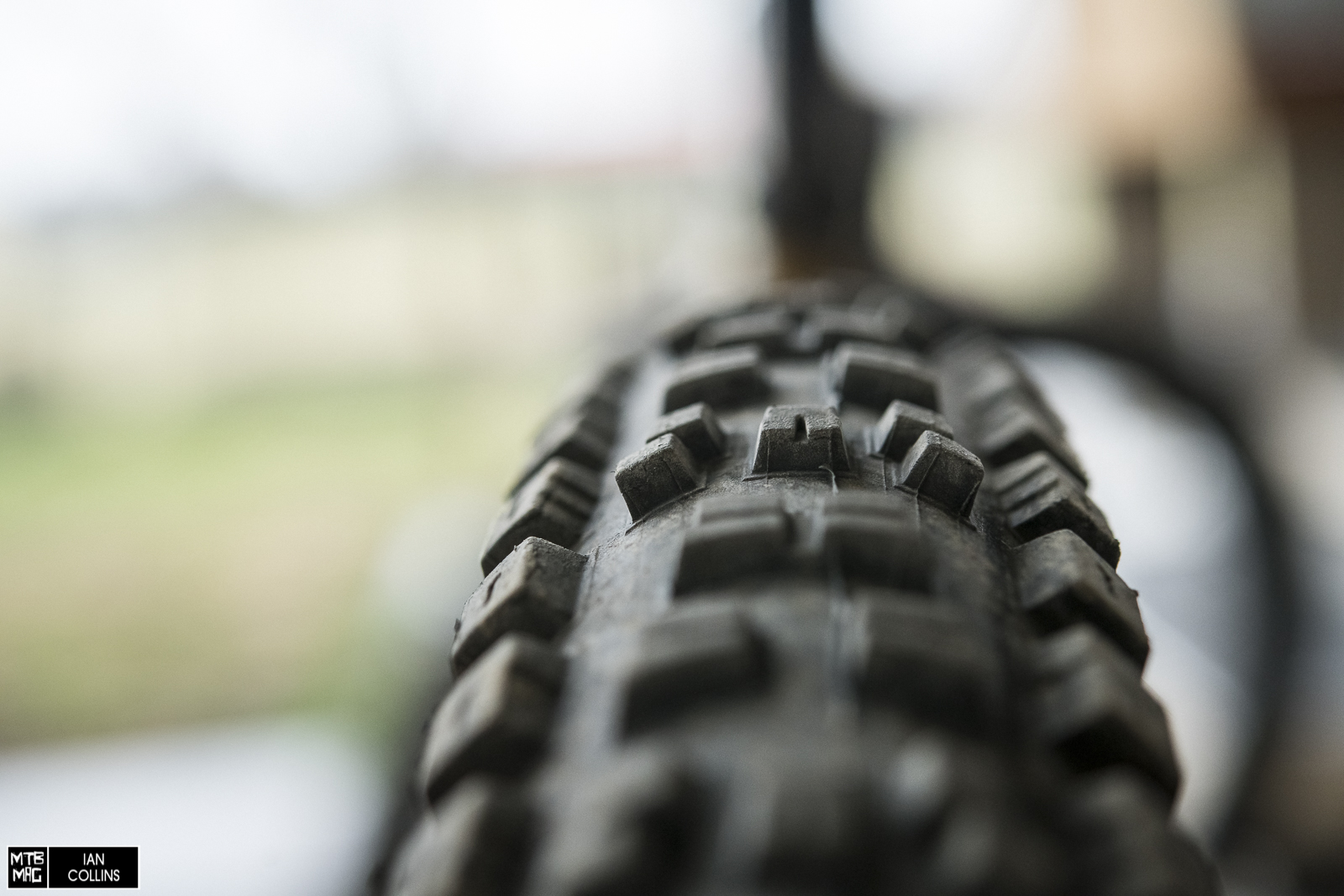 The overall profile of the casing is pretty round – it’s not square, that’s for sure – mainly because the corner knob height is in line with the center rows. 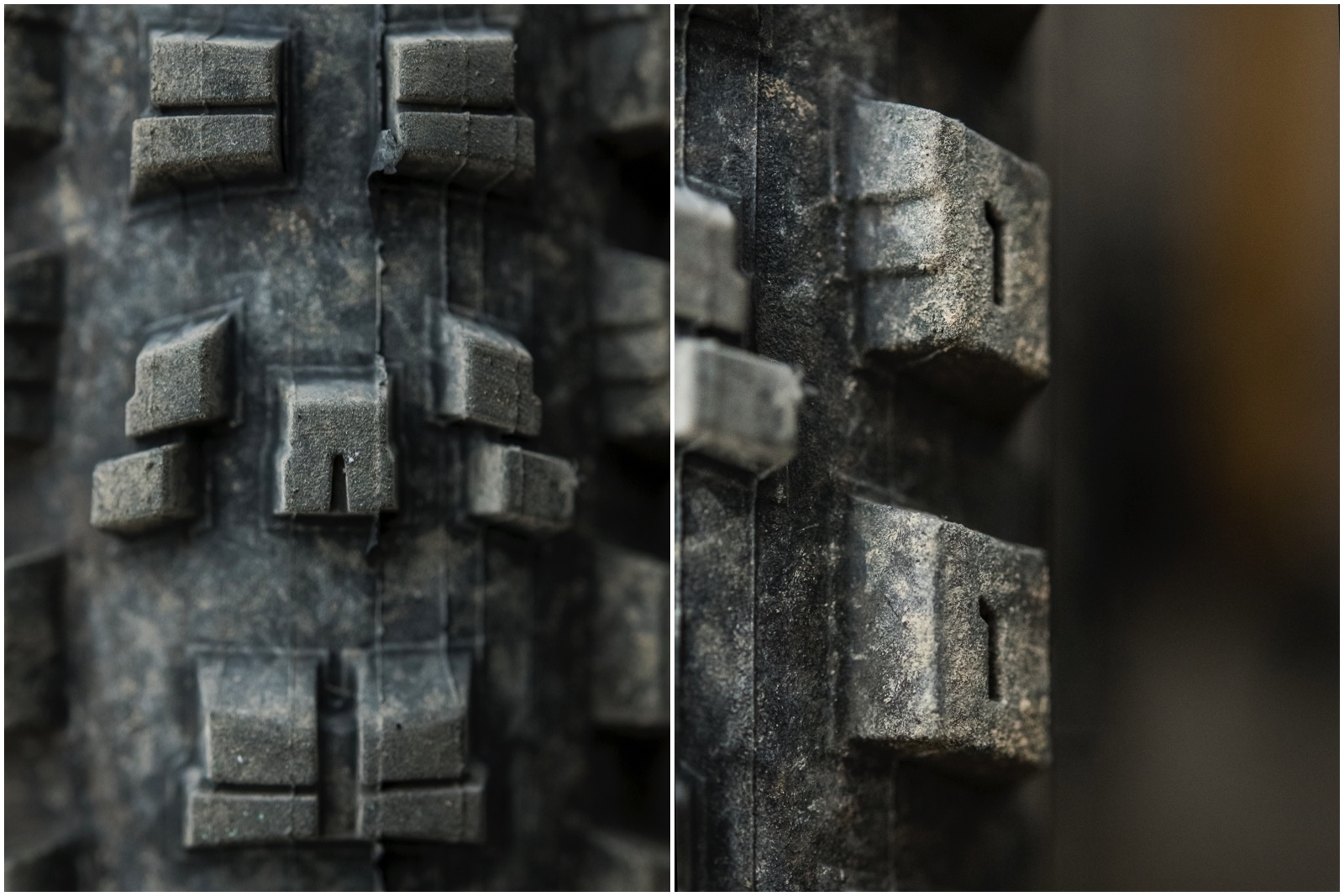 Left: While every other set of the center knobs are a set of 5 staggered knobs, they alternate with a pair of two ramped knobs. Those knobs alternate in shape and spacing as well. Right: Interestingly, the Eliminator uses the exact same corner knobs as the Butcher, with every other knob seeing the staggered “Jigsaw” pattern on the inner surface. While listed as a 2.3″, the Eliminator comes in closer to toward the 2.4″ mark and has a touch more volume to boot. Given their intended duty that’s not really a bad thing…

Although I’ve been using the new Butcher in both the Grid Trail and Gravity rated casings in the new, softer T9 compound, I have exclusively been running the Eliminator in the heavier duty Grid Gravity casing with the dual compound T7/T9 combo. All of my testing has been done in 29″ X 2.3″ but it’s worth pointing out that many of these the tires are available in a 27.5″ diameter and a 2.6″ width as well. My trail time has consisted of various combinations, and while I have ridden the Eliminator solely as a rear tire, there’s no reason it couldn’t be run up front as well.

The first thing I noticed was that compared to a Butcher, the Eliminator rolls a bit faster and you can feel that on trail. Much of this is due to the increased amount of knobs and tighter spacing, but also consider that the harder T7 compound on the center knobs helps to speed things along. Interestingly the climbing traction was a slight improvement (likely due to the increased knobs) when it came to technical terrain, provided it wasn’t too greasy or rooty, in which case the harder compound began to set things back slightly. Unsurprisingly, this all indicates that the Eliminator’s performance tilts a little more toward the “hardpack/dry” end of the spectrum than the “loose/muddy” end. A few more things worth touching on… The braking power was pretty similar compared to the Butcher, provided it isn’t too loose, marbly or wet. When things were firmer, the Eliminator seemed to be slightly better. The area where it felt most familiar was cornering. Seeing as this tire has the same exact corner knobs as the Butcher this should come as no surprise. In that regard, it is excellent in most all conditions. I’ve found the soft, slow rebound T9 compound that makes up the corner knobs to be fantastic – in fact, it’s one of the best compounds I’ve used to date. All around the corner knobs strike the perfect balance between give and support as well as all out traction and durability. Regarding the casing, I found the new Grid Gravity to be very much up to the task for heavy duty riding. If you you tend to pinch flat a lot or ride in jagged terrain and rough conditions, it is well worth the weight penalty imposed over the Grid Trail – at the very least on the rear tire anyway. In my time of testing I have had quite a few hard rock strikes to the rim but still have not flatted. Typically I’ve been running my tires at 21PSI front and 23PSI rear, even on my e-bike, which is much heavier and usually warrants firmer pressures to ward off flats.

For mixed conditions the Eliminator is a pretty ideal all around rear tire. I’d probably personally keep a Butcher on up front for most riding, but if your trails are fairly buff perhaps an Eliminator could be the magic trick up front as well. All in all, it would pair very nicely with a 2.3″ or 2.6″ Butcher up front. Having the same corner knob/compound front to back provides a nice second nature feel on your bike, while having a faster rolling and more durable center set of knobs out back will keep you moving and save money since you won’t be prematurely roasting rear tires. This broad appeal makes it an excellent option for bike park warriors, e-bike riders and just day to day trail riders alike. Like most Specialized tires, the value is excellent – at just $70, the Eliminator Grid Gravity T7/T9 cost quite a few bills less most of its competitors.