We first landed a set of SRAM’s XO hubs on our bike when they initially hit the market, available only in DH widths and axle diameters. When you think of SRAM and wheels, you most likely visualize their complete wheelsets, but for the last couple years they’ve been making concerted efforts to dive into the world of hubs, hoping to be at the core of custom wheel builds. Anyhow, we kept it pretty utilitarian and laced the X0 hubs to a pair of DT-Swiss 471 rims.  We opted for 3 cross with DT competition spokes and brass nipples in a 32 hole configuration. Here’s how they’ve worked out… 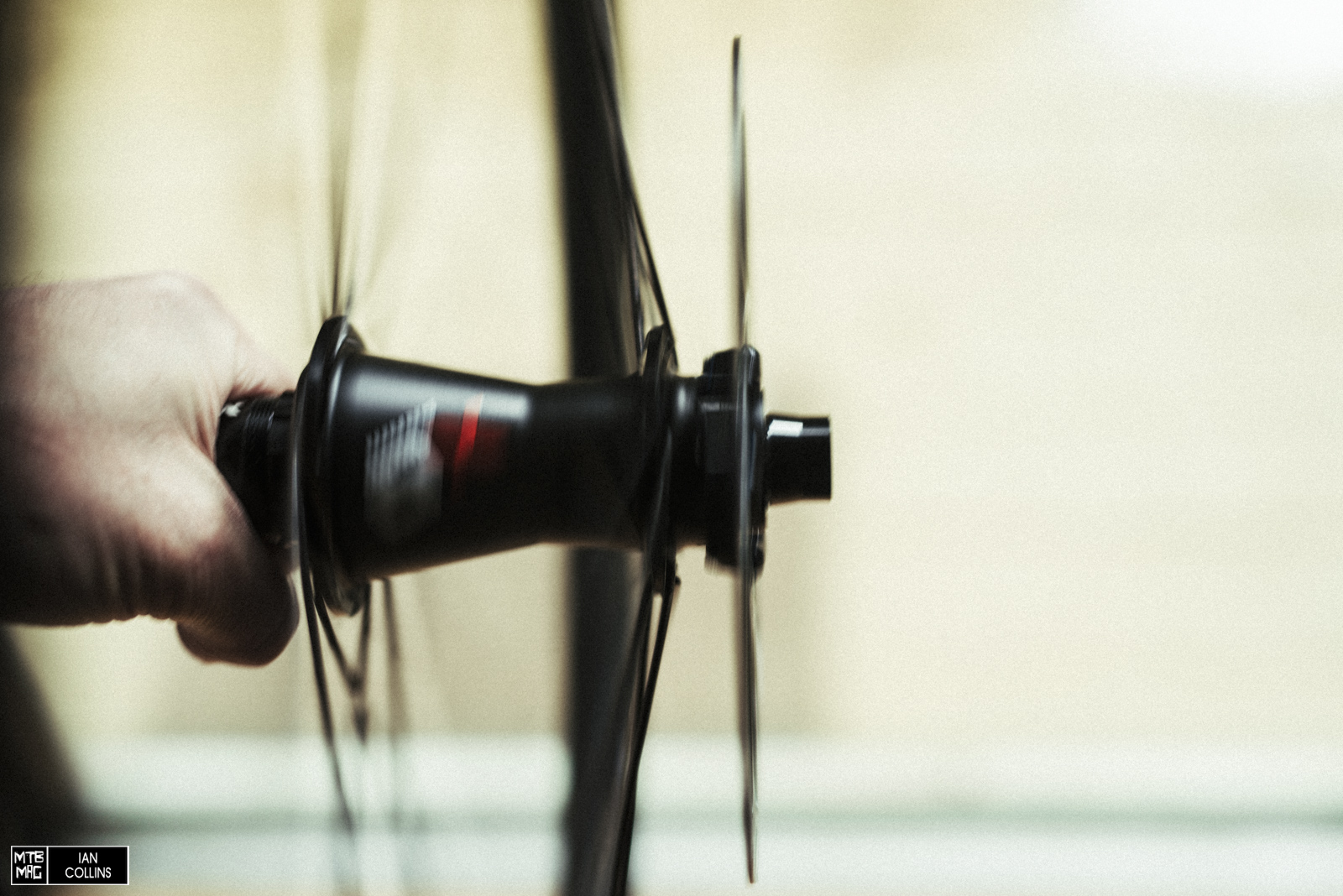 In a market where hubs can range from dead silent with a clutch mechanism to sounding like a swarm of bees with zillions of engagement points, SRAM unsurprisingly took a fairly middle of the road approach to the XO hub lineup. The hub itself has 26 points of engagement with 4 pawls. The two different sets of pawls bite into different engagement points; this means 54 total points of contact, thus providing engagement every 6.9º.  What does that mean in the real world? A pretty quick engagement…it’s not instant, but it doesn’t lag.  As far as noise goes, when you spin a wheel off the bike it seems loud but you don’t really hear it much on the trail; at least not with a full face helmet anyway.

As far as weight goes, we didn’t get a chance to weigh ours independently, but we can say that SRAM’s listed weights are typically very accurate. You can get the XO hubs in just about all of the popular axle/spacing dimensions that one would want on bikes from XC to DH. As for the driver body, the XOs are available with  SRAM’s dedicated XD driver body or a standard HG driver as well. We chose the former to fit with our 7-Speed X01 DH cassette. 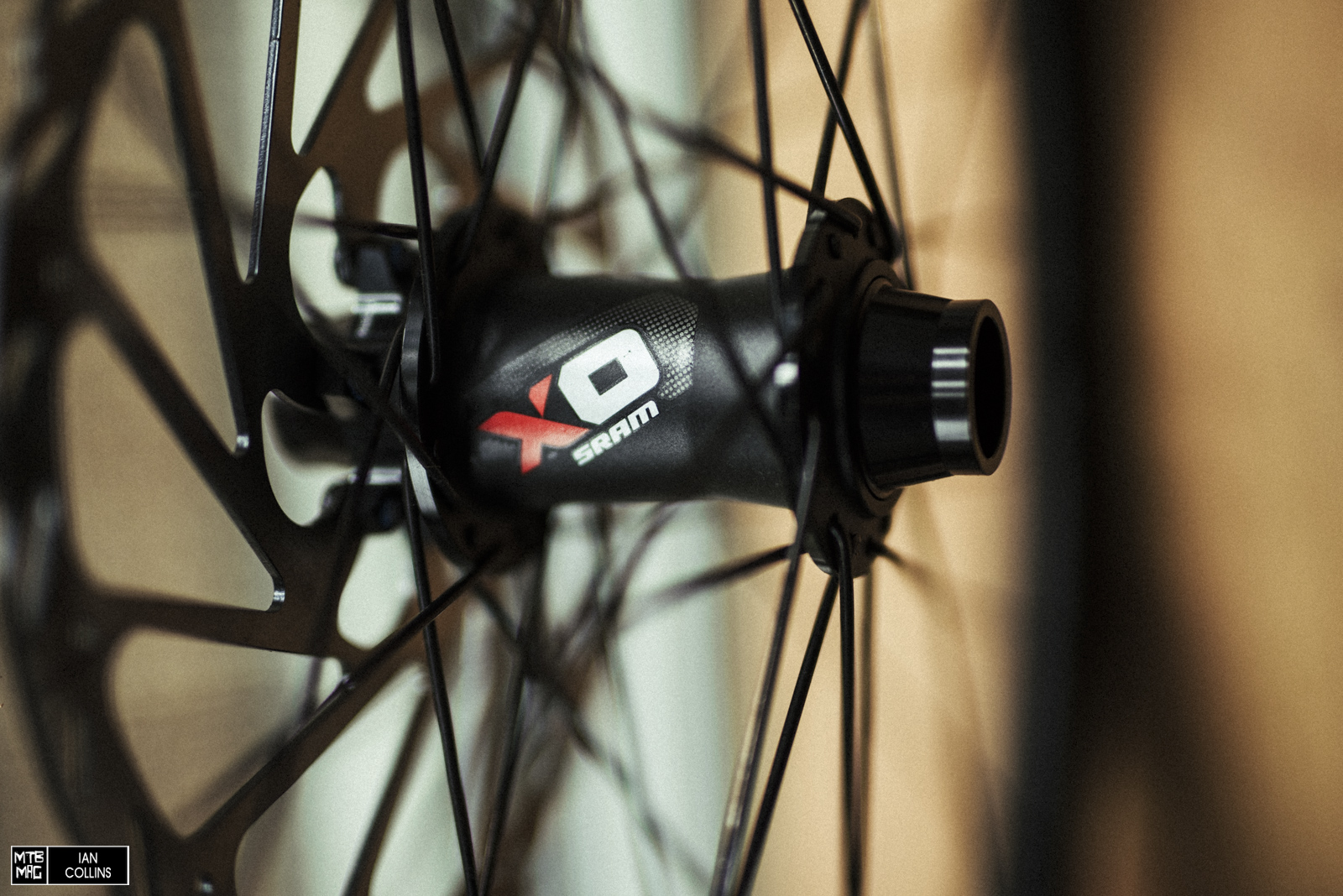 We built the wheels ourself and everything went together nicely but unfortunately, once we go the wheels on the bike we noticed the faintest bit of play in the back hub. Naturally we reached out to SRAM for their official word on the matter. Basically they said that we received a set of hubs from the very first batch and the tolerance in the shell was slightly “off”, thus preventing a bearing from seating securely. As expected, SRAM fired another rear hub out straight away and we swapped it over. This is part of the reason that this review has taken so long to wrap up…we wanted to make sure that any tolerance issues had been remedied. In addition to our DH bike, as the XO hubs became available in more configurations we also put a pair on our Trek Ticket-S. 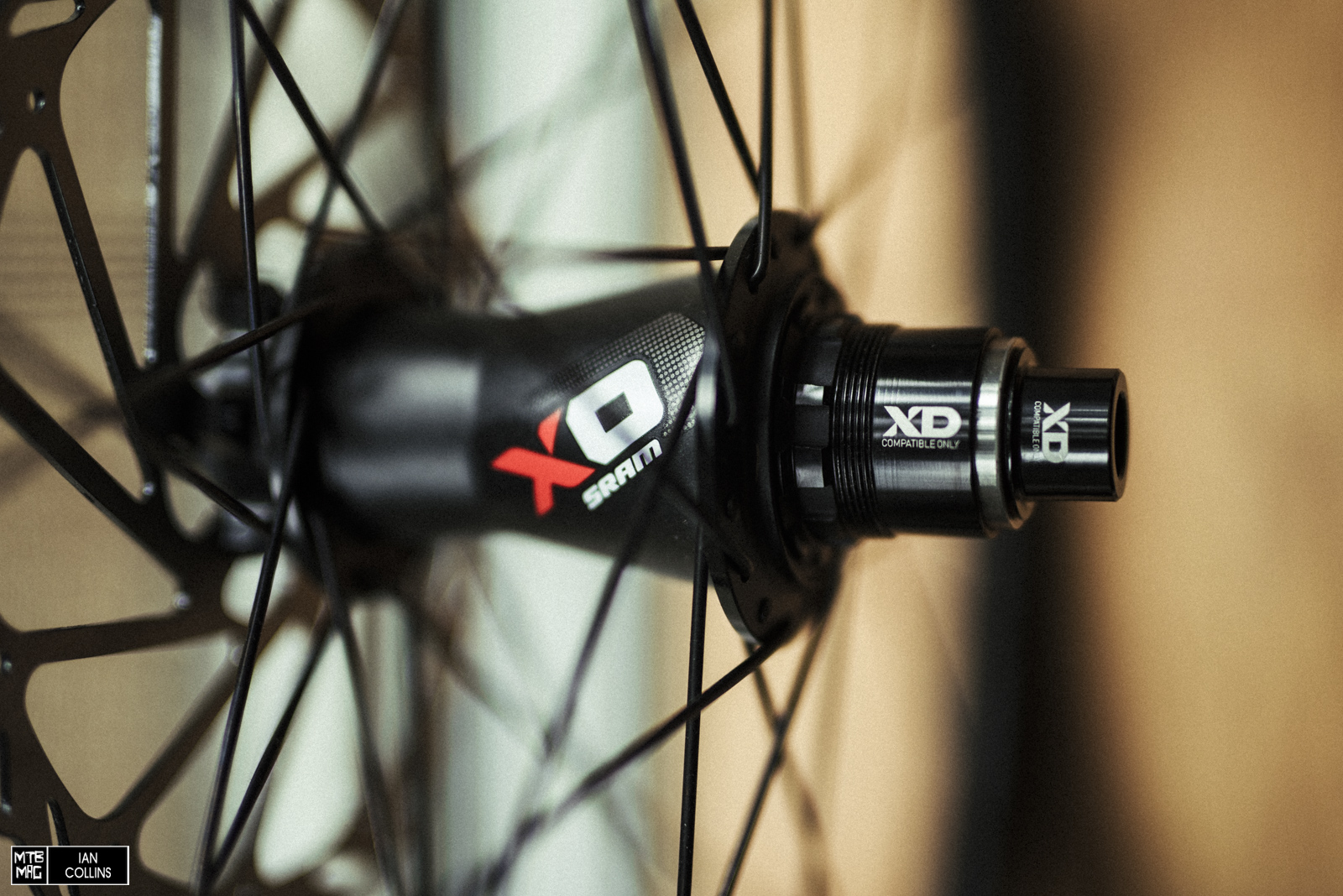 After that initial swap, we’ve spent over a year riding these hubs and another 6 months on another set of them with a different configuration(15X100 & 12X142). As mentioned before noise isn’t much of a factor. The XO’s have a distinct buzz when you spin them off bike, but on the trail you barely hear them.  We appreciated the quick engagement when pedaling out of slow, awkward turns. There’s nothing worse than a hub that lags leaving you slumped over the bars when you’re looking for power. This was not the case with the XO hubs. 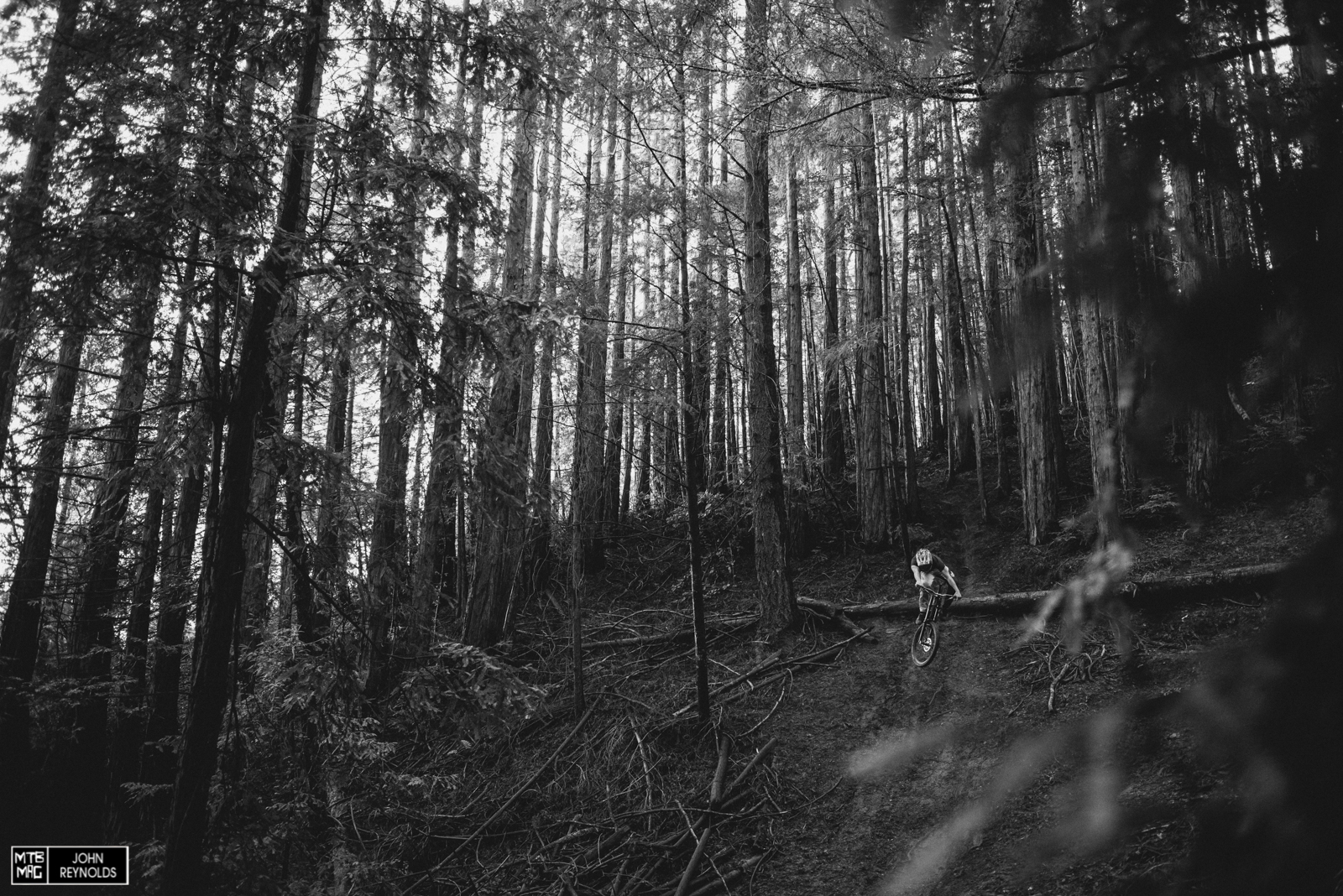 When it comes to hubs, aside from engagement, there isn’t much to discuss in terms of on-trail feel. As for durability, the engagement system is user serviceable without needing any tools whatsoever, just shop towels, some grease and your bare hands. The bearings held up nicely and are actually fairly simple to swap out if/when they do wear out. The engagement system and bearings both survived more than a few hosings. We never blasted them with a pressure washer but after some heavy shuttle days in muddy conditions we did hit them with the hose and the seals kept the grease in and the water out. The last thing to discuss is axle strength and we’ve had no problems, even after quite a few “shortcomings” on some jumps that were a bit over our head on both bikes.

Over the past 17 years, our tester has laced up custom wheels using hubs from DT-Swiss, Chris King, Phil Wood and plenty of others. While we do understand the appeal to buying boutique brands, the XO hubs are up there with the best of them performance wise. Fast engagement, tool-free routine maintenance and fairly easy bearing swaps are universally sought after attributes. The price:weight ratio is appealing and the hubs are backed by SRAMs’ excellent customer service. With a combined year and a half aboard two sets on two bikes we feel confident in recommending the XO hubs and we’re also comfortable in dismissing the hiccup with our first set as a glitch…especially with consideration to when we received them and how close that was to their initial release.