Over the winter, SRAM introduced DUB, a standard that had a long term goal of improving compatibility between the Crank:BB:Frame interfaces. Immediately upon doing so, they came under a full fledged attack by the all-knowing keyboard warriors of the mountain bike world. While new standards always cause initial grumbles, DUB is markedly different as its intent is to make things simpler. Let’s say you shell out ~$500 on a new set of cranks; such as the X01 Eagle set on test here. Then let’s assume you splurge on a different frameset part way through the life of the cranks. With DUB, it doesn’t matter if the cranks initially lived on a frame with a threaded bottom bracket and your new frame has a BB30 shell…This is because DUB crank spindle dimensions are the same across all frame/BB combos, up to a point. You can’t take a crank that’s compatible with a standard, Boost spacing and expect to put it on a fatbike with a massive rear hub spacing, but you get the point. All you need to go from one standard MTB frame to another is a new bottom bracket, which is far more affordable than a set of cranks. Anyhow, let’s dive in… 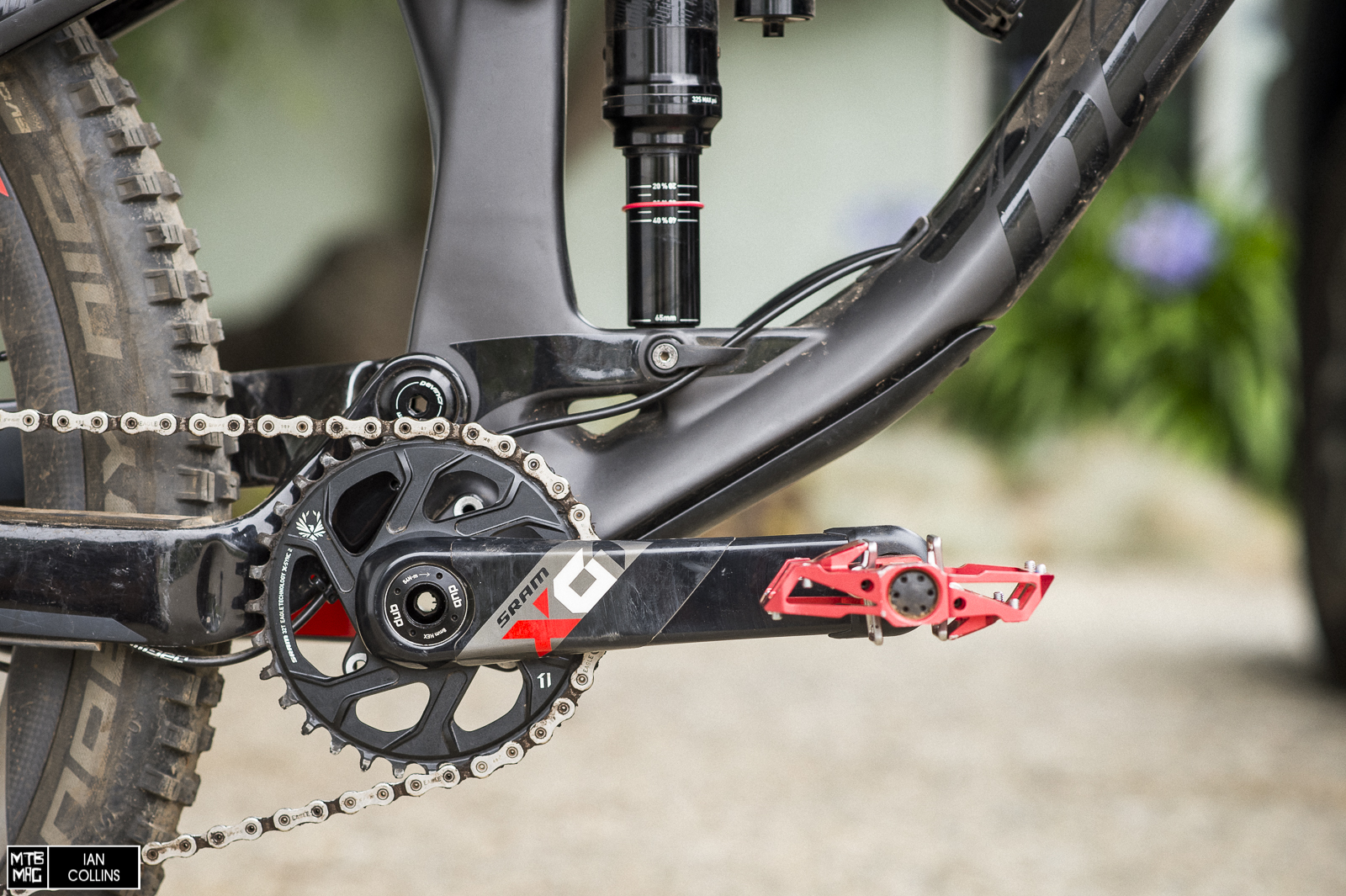 Prior to DUB’s introduction, SRAM cranks had either a 24mm spindle for Press Fit & GXP, or a 30mm spindle for BB 30. Universally, all DUB cranksets at every price point use an oversized 28.99mm spindle. This is the part of the story where the public had a right to take a shot at them. Why not just make it 29mm? Or, fine – just round up and call it 29mm. In any case, the vast majority of cranks got lighter and stiffer with this new spindle/interface. The compatibility genius lies in the number crunching that was done with the BB dimensions. That’s what allows you to use one set of cranks on a slew of different bikes with various bottom bracket specs. 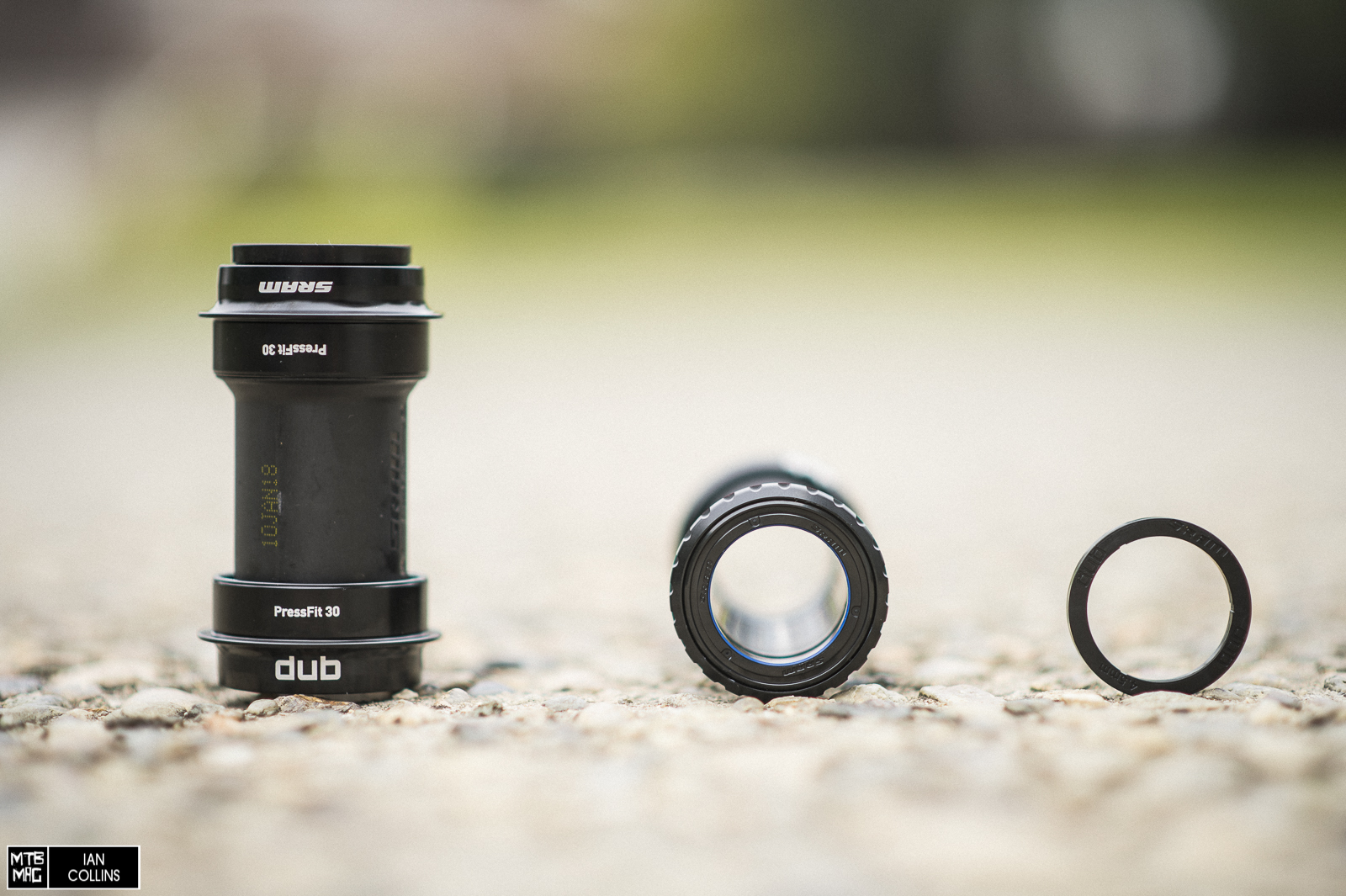 DUB bottom brackets – BB30 on the left, a threaded version in the middle and the spacer used for chainline adjustment is pictured on the right. 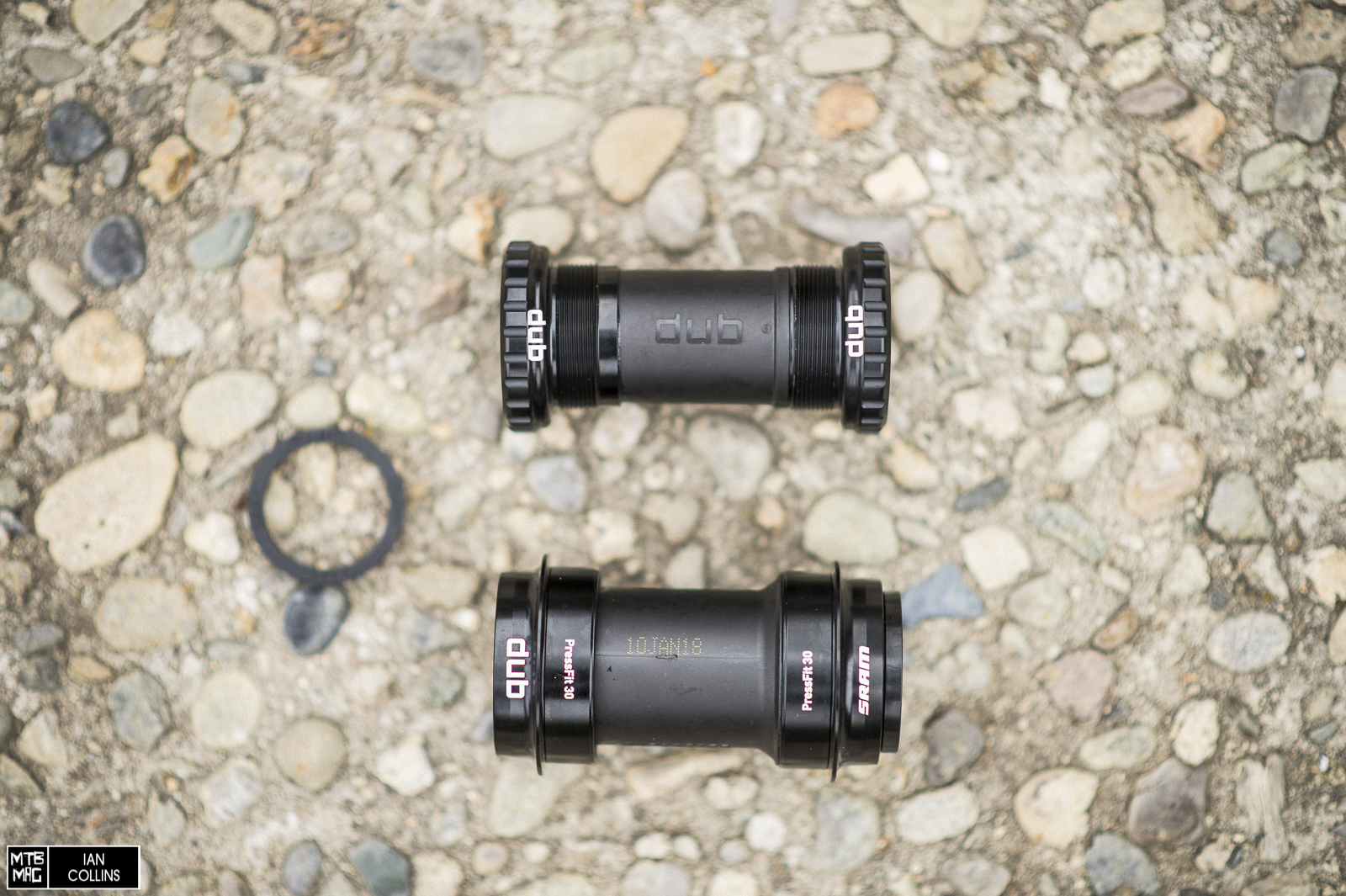 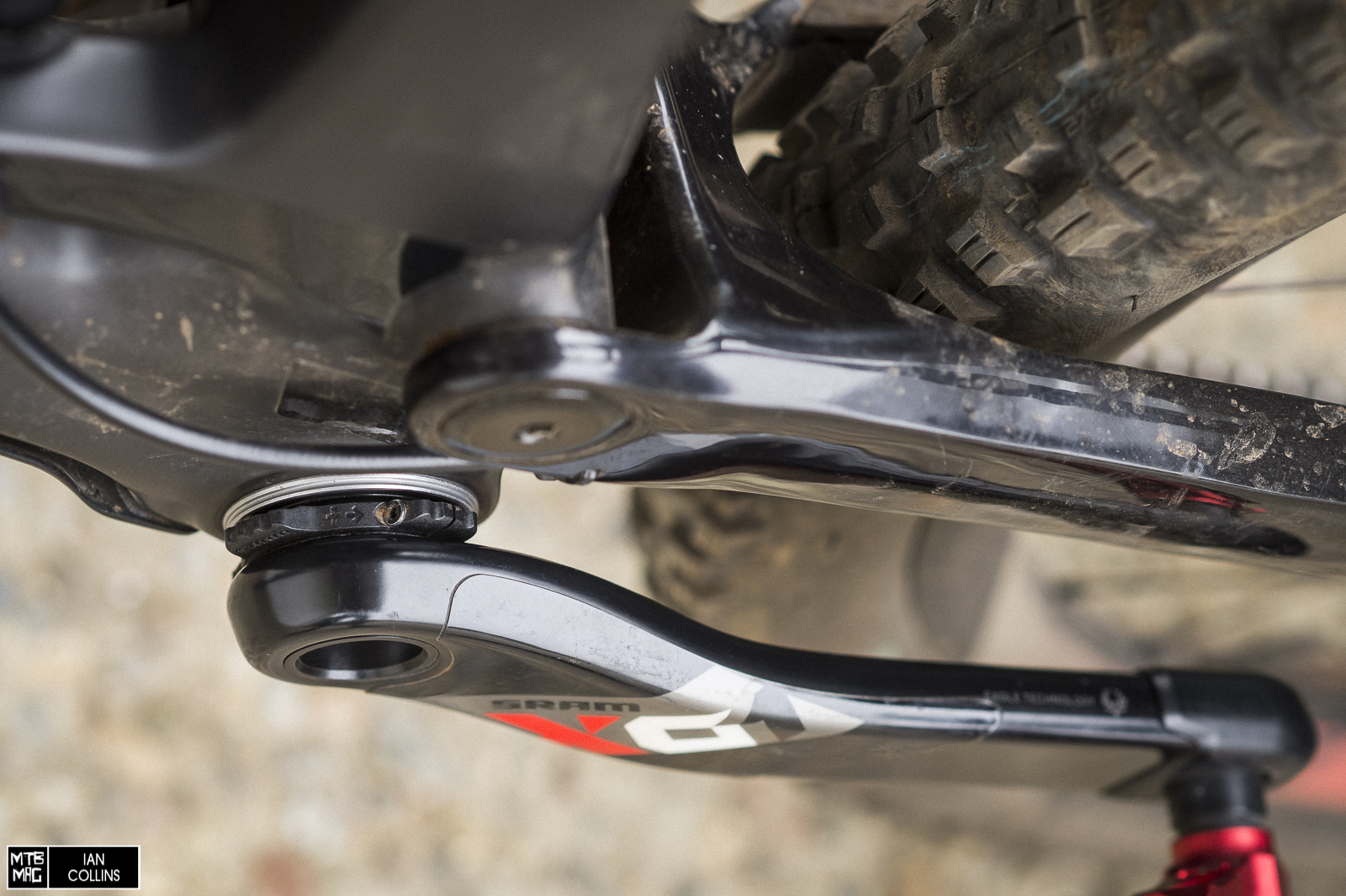 DUB did bring about one minor complication – a threaded lockring that takes up play and sets bearing tension. It is used across the board with all BB interfaces and is threaded onto the spindle in lieu of a wavy washer that used to keep tension. The lockring is made of a plastic composite and uses a 2.5 mm screw. While we haven’t had any issues with it so far, we wish it was made from aluminum and used a 3mm screw, for the sake of longevity and idiot proofing.

There is only so much to report from a review of a crankset in terms of ride quality.  A crank should be light enough, stiff enough and not break unless subjected to a burden greater than its makers intended it to bear. The bottom bracket that it assimilates with should basically just hold up well enough that the bearings don’t roach out prematurely. With all of that in mind, like anything on a modern bike, the “Strong, Light, Cheap – pick two” principle applies. You’ve got to pay to play. If you want a super light weight crankset that’s strong, you are bound to pay more. In this test, we’re talking about a set of very high end, carbon fiber cranks that end up at around $1/gram. 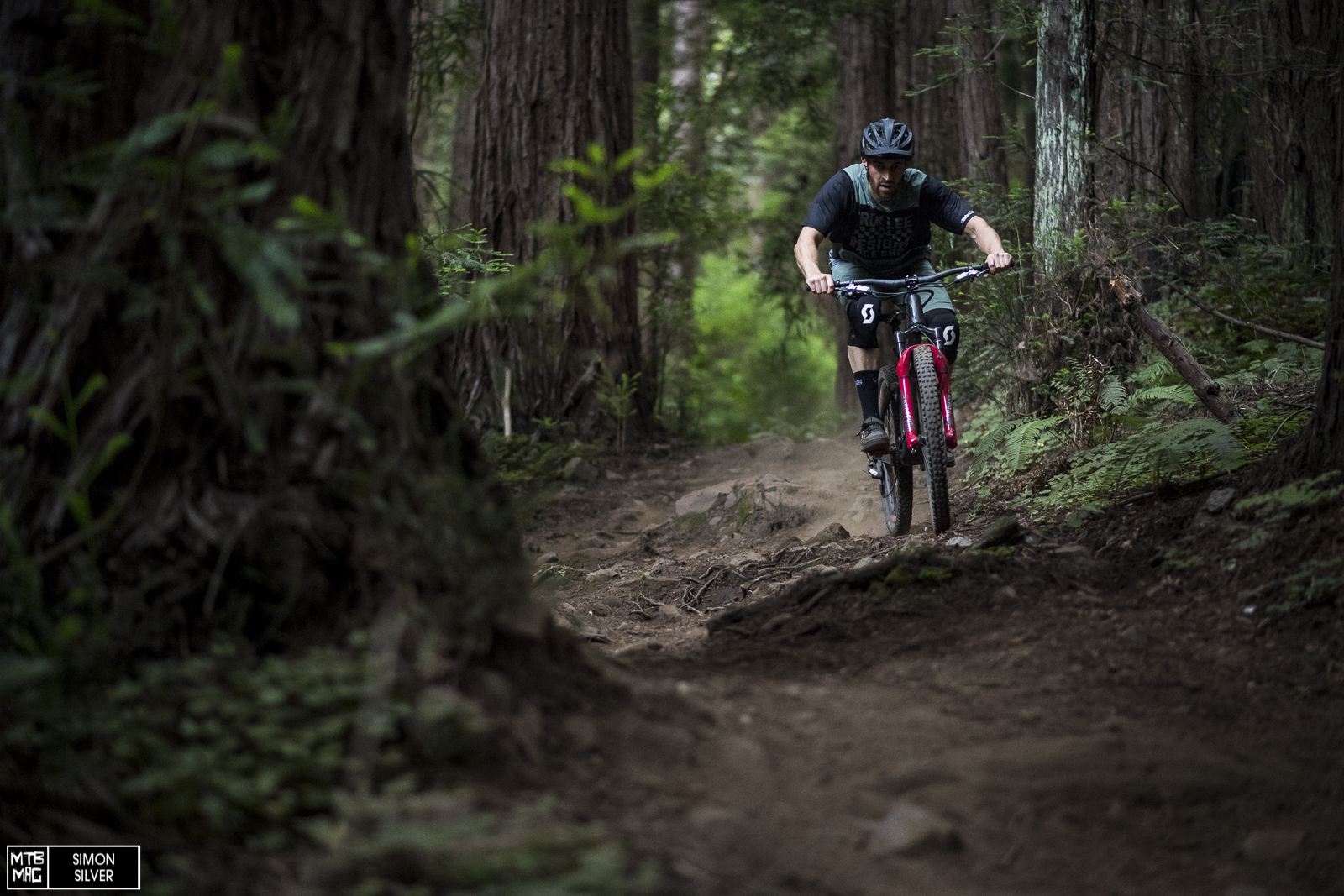 In terms of feel, with cranksets, generally speaking – if you don’t notice them, they’re probably stiff enough. You’ll likely be far more apt to notice if that a frame or wheelset falls short, compared to a set of cranks. With that said, one thing is certain: if a crankset is flexy and noodly, it will let you know right away. Well, the X01 cranks managed to be one of those parts that just silently went about its job, never making a fuss in terms of maintenance, exhibiting a quiet ride quality.

In all honesty, a nice carbon fiber crankset is nothing new from SRAM, but with DUB, you get some weight loss and a bit of added stiffness thanks to the updated spindle, in addition to a great deal more longevity out of your investment. THAT is the real story here. Having to reluctantly drop coin on new wheels or cranks when you move parts over from one frame to another with different spec is a huge buzz kill. DUB eliminates that issue through a superior design. It should have always been that simple. In the grand scheme of things, we’re testing a set of pricey cranks here, but at any price point, streamlining standards that were once complicated is something that no one should balk at.