All too often we end up testing flagship, cream of the crop product and at times the bread and butter, mid priced products don’t get the attention they deserve.  After Truvativ revamped their Descendant crankset line we became curious how they’d fare.  Prior to these last couple of years riding aboard the SRAM X01 DH crankset, the Descendants of yesteryear were our “go-to” downhill crankset.  They struck a great balance between price, strength and weight.  This year Truvativ introduced two  Descendants which utilize a direct mount X-Sync chainring – one in Carbon Fiber and one in aluminum.  They also have released the standard 4-Bolt(94BCD) “Descendant DH” which we’ve been rallying around on for the last few months. 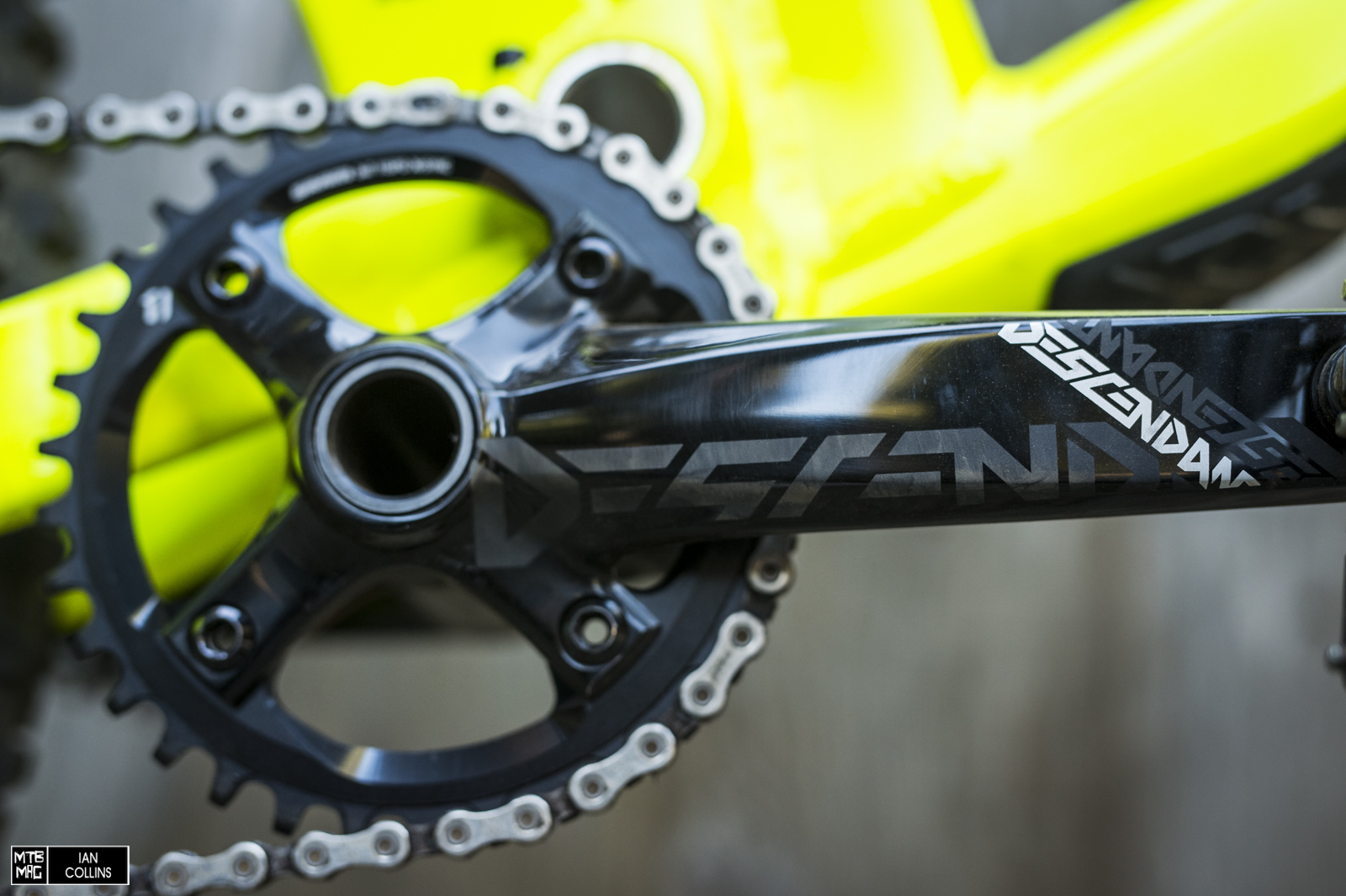 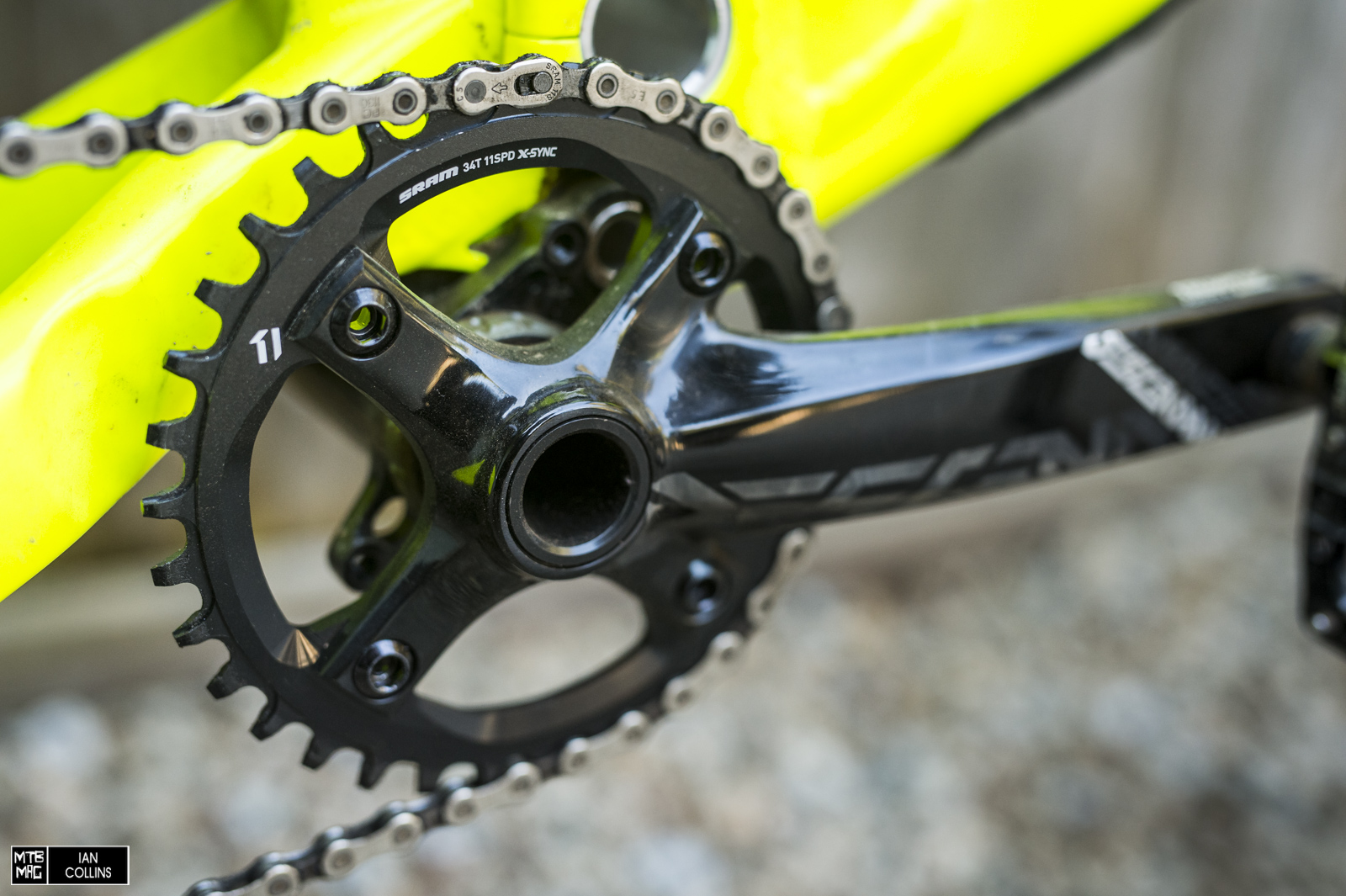 The first aesthetic details we took note of on the Descendant DH was its sleek graphics; they’re cut from the same cloth as the last set from a few years back, but they’ve become a bit more refined.  The stock 36 tooth chainring has been replaced with a 34 tooth X-Sync as most of us have relinquished our 26″ wheels for 27.5″ wheels and thus we don’t need as large of a gear.  The Descendant utilizes a similar design to its predecessor, instead of being hollow, the crank arms are solid and have generous material relief on their inboard side to save weight.  Black hardware and a really nice polished finish round everything out. 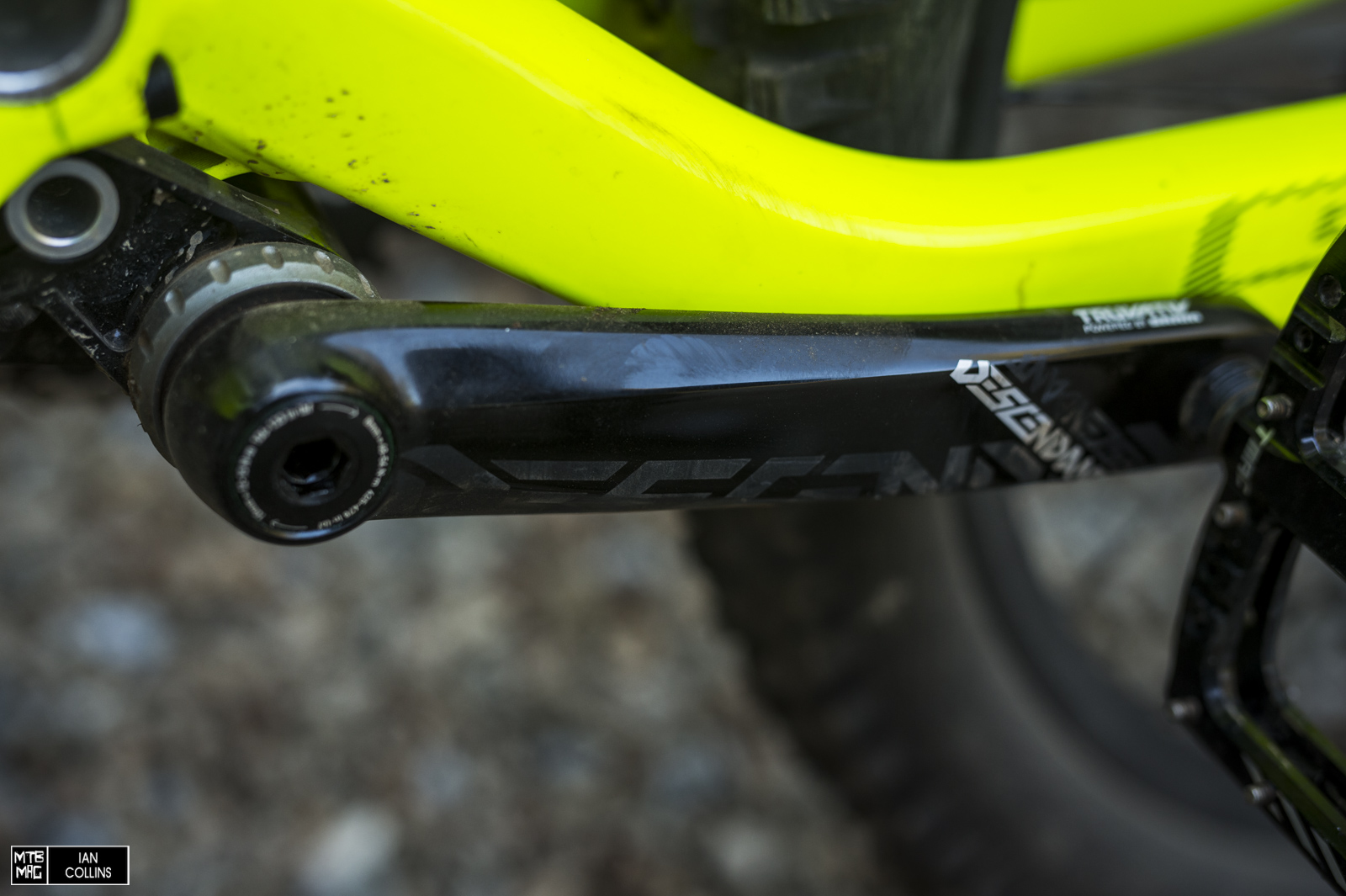 In taking off the X01 DH Carbon Fiber crankset and replacing it with heavy duty aluminum crankset that’s also DH rated, you’d think our bike would gain a bunch of weight, but the Descendants are surprisingly light.  They actually only weigh about 70 grams more than the X01DH.  Anyhow, the installation was super easy on our GXP version; Truvativ also make BB30/PF30 versions of these cranks by the way.  Within the GXP category, whether you have a press fit or threaded bottom bracket, all you really need is an 8mm allen key for installation and removal which take about 5-10 minutes depending on if you have a chainguide or not.

So long as a crankset is doing its relatively thankless job, there shouldn’t be any groundbreaking revelations to report regarding how it feels on the trail.  It basically just needs to be stiff, strong and fairly light weight.  The Descendant DH are exactly that: sturdy and unflinching, they allowed us to just focus on the task at hand, the trail ahead.

The X-Sync chainring is the the original narrow/wide chainring and the best executed design that we’ve seen.  Paired with a clutch style rear derailleur, you don’t really need a chainguide to keep your chain on but if you’re riding really rowdy terrain it certainly can’t hurt and a bashguard will protect your assets.  We’ve ridden the X-Sync rings for a few years now both with and without chainguides and they’ve always done an excellent job at keeping contact with the chain without wearing prematurely. 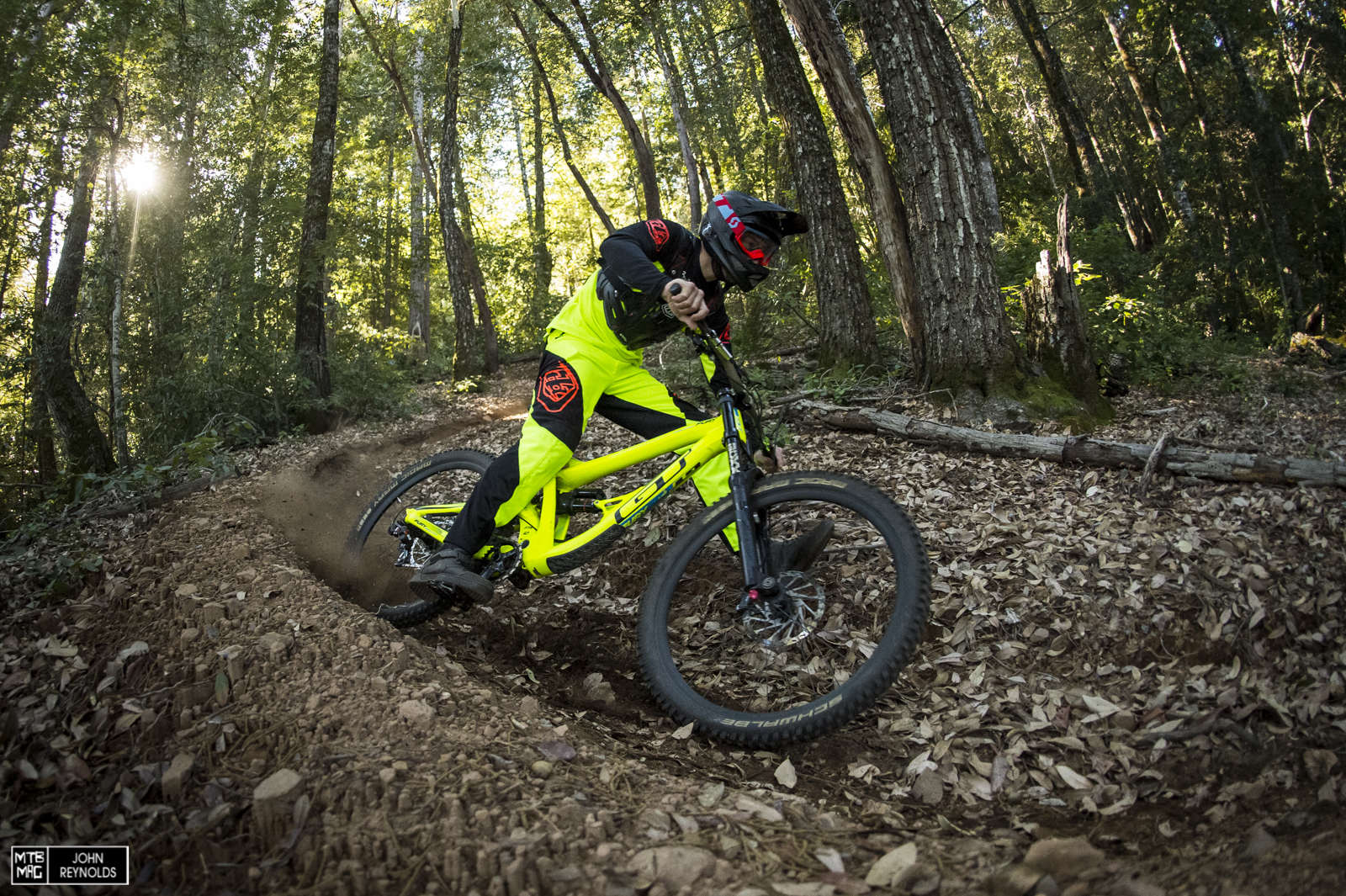 Although we havn’t had any catastrophic crashes aboard the Descendant DH cranks, we have had a few abrupt rock strikes and came up short on a some jumps, only to find that they just keep on ticking.  The finish has been quite durable, although we haven’t spent that much time riding in really muddy terrain yet.  As of now, we’ve never seen an aluminum crankset that didn’t have the finish wear off after being constantly abused in the mud though.  If you are concerned with protecting your finish, perhaps look into some thick protective tape similar to what SRAM specs on their X01 Carbon DH cranks.

Cranksets aren’t really like handlebars in a sense that they play a critical role in vibration reduction. So, the main benefit to shelling out extra cash for carbon cranksets is purely to weight.  In the grand scheme of an entire DH bike, carbon fiber cranksets don’t save all that many grams and typically cost about 2-3X as much as a solid, dependable pair of aluminum cranks.  This crankset should have a very broad appeal to just about any downhiller, particularly if you’re a bigger rider who’s skeptical about carbon fiber but looking for a tough, lightweight crankset.  There is an old adage in the design world : “Strong, light, cheap…pick two”.  We think the Descendant DH disrupts that rule.  They’re tough as nails, only slightly heavier than carbon fiber cranksets and at $151 with a chainring they’re unbeatable in terms of value.