For more than six months I have been wearing the Unparallel Up Link, quick release shoes presented rather quietly in 2021. They are imported into Europe by Scott, and in fact it was during the launch of the Bold Linkin in Aosta, Italy, that I saw them for the first time.

Unparallel is an American brand specializing in climbing shoes, a field in which it has been present for two decades. A bit like it happened with FiveTen, and in fact behind Unparallel there are former employees of the brand now owned by Adidas. 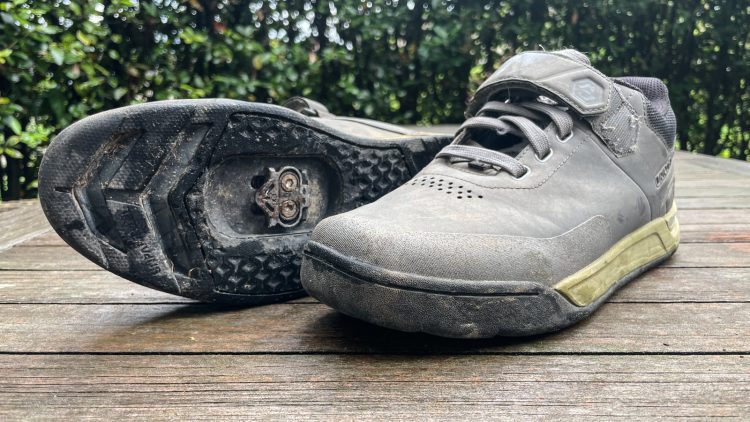 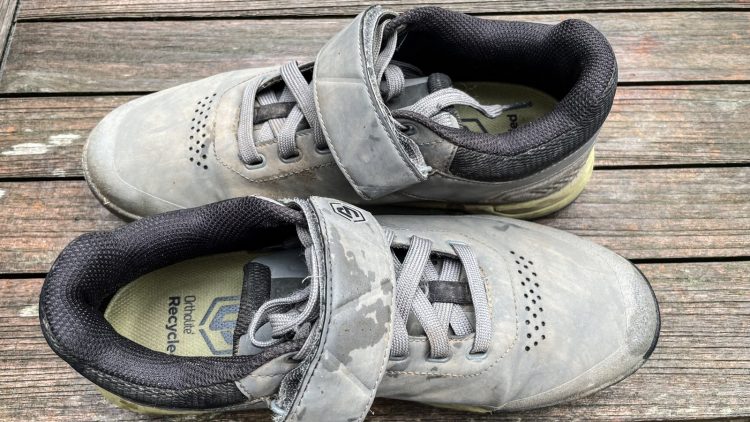 The most traumatic moment of the whole test was the set up, if you can call it that, of the Up Link, that is the assembly of the cleat. I state that I got two identical pairs and that I had the same problems on both.

First of all, the plate that the cleat mounts was firmly glued to the insole. This meant that I had to detach the insole by putting a screwdriver into the holes designed for the cleat and hammering firmly. Luckily it didn’t puncture and, after some swearing, I was able to detach it. This was the only way I could move it to the position I wanted and then mount the cleat on it.

Clearly an assembly error, because a separating part without glue is missing on the outside of the insole, or at least something that is glued to it so that it does not stick to the metal plate.

The second problem arose when I mounted the Crank Brothers cleats (the pedals I typically use) with a shim underneath and tried to clip onto the Mallet E: impossible. Basically the cleat pocket was too deep. That meant that I had to push way too hard with my legs, but I finally managed to engage, then clearly it was almost impossible to get the cleat to release.

So I started carving the area of ​​the sole adjacent to the cleat (right shoe in the photo above), but it wasn’t a solution that really worked. 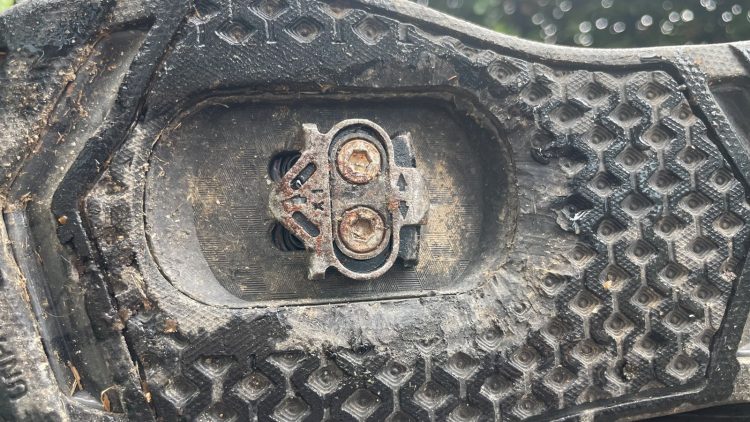 So I mounted HT cleats (and before them, Shimano), which are higher than the Crank Brothers: problem solved!

In short, if you ride with the CB pedals, don’t buy these shoes. 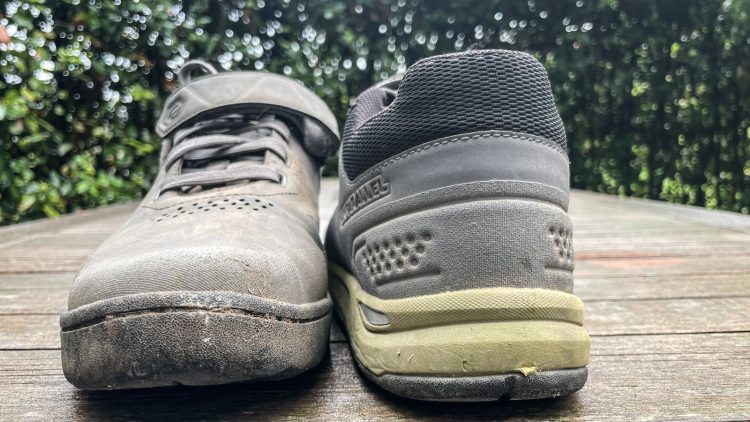 Too bad these initial problems occurred because the Up Link turned out to be top quality shoes both in terms of rigidity of the sole and thus power transfer while pedaling. Not only that, they nicely absorbed the small bumps transferred from the ground to the pedals, thanks to their thick rubber.

Well reinforced at the toe and heel, the fit is very comfortable thanks to the combination of laces and velcro bands. When walking, the cleat (as you may have already predicted) does not touch the ground, so you can move without problems when pushing or carrying the bike on your shoulder. The grip of the sole is good, even if you ride unclipped on some exposed stretches of trail. 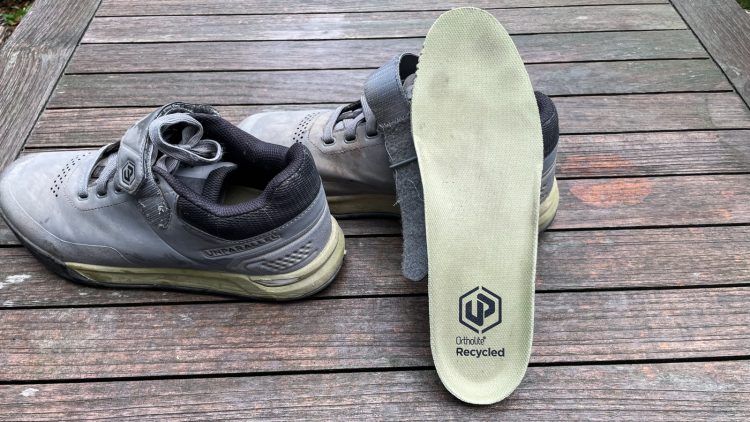 The sole is quite stiff, despite Unparallel describing it as “medium”. Which I really like because I get through some big climbs efficiently and downhill it offers excellent support for the foot without tiring the ankles prematurely.

The shape of the shoe is regular, like my foot – if you have a wide sole it could be a bit narrow.

The insole is made of recycled material and until today it does not take on odors. It is not possible to customize the metatarsal support, which I have never seen on an all mountain / enduro shoe like this one. 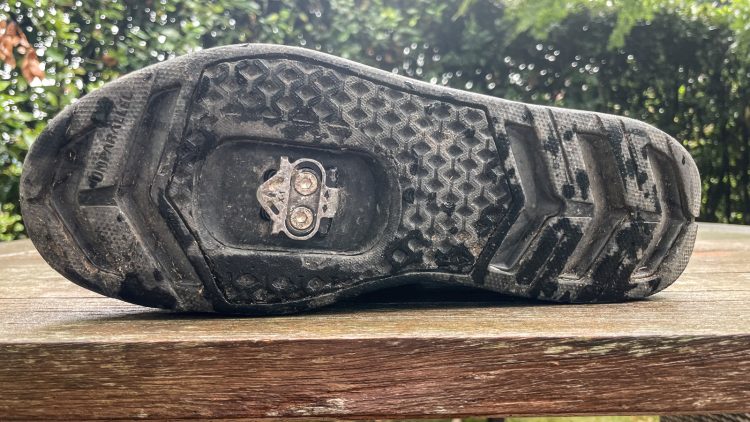 In terms of breathability, the Unparallel Up Links are good, but not excellent. They are only perforated in the front. However, I must say that they are not warm shoes, also because the material is not too thick.

After all these months of testing their condition is very good, especially the sole, and I continue to use them when I’m not riding Crank Brothers pedals.