Long before I was shooting photos and working as an editor on the West Coast, I spent my time racing downhill bikes to mediocre results on the East Coast, and along the way, did some race support for Michelin at the N.O.R.B.A. events. It was a fun side hustle that helped me afford to race, while working alongside some great people along the way. Working with Michelin was also an enlightening learning experience in a realm of the bike that previously, I hadn’t given much though. I came to realize, in far greater detail, the intricacies of a rim’s cross section and how getting the tire’s beads into the “drop center” was the most critical part of a tire change. I was “lucky enough” to work with and ride Le Systeme – a run flat style, flat prevention system that, despite being a bit heavy, is still more advanced than anything people are racing on even in today’s World Cup DH arena. 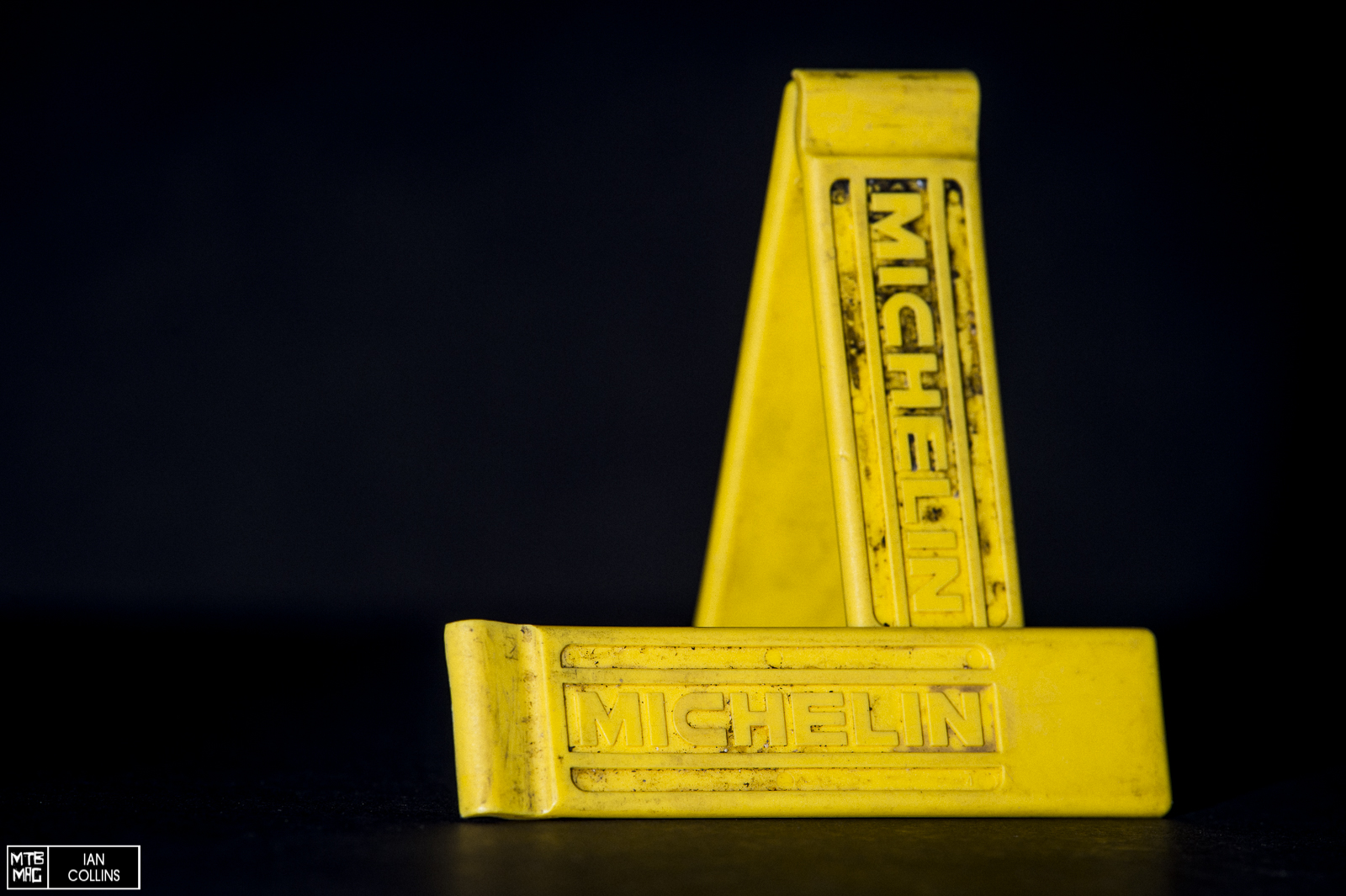 One of – well, three of the relics that I still carry around from the early 2000’s era are a set of Michelin tire levers. These are literally the only items in my toolbox that have survived anywhere near that long (~15 years), which is actually quite shocking as they’re plastic and they’ve been abused more than Connor Fearon’s rear tire knobs on any given weekend. 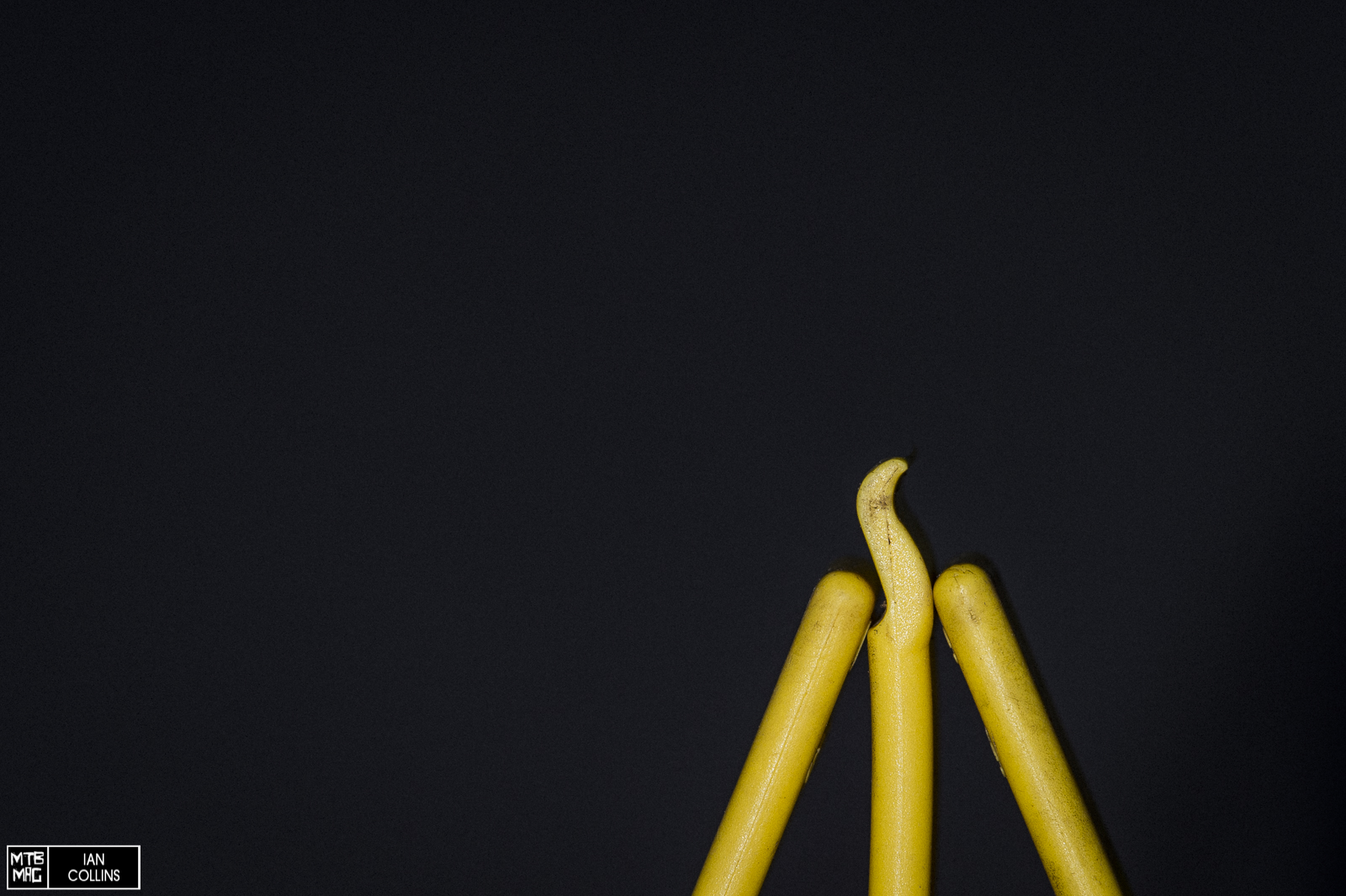 What is so special about these little gems, you might ask? On the surface they don’t look like anything special, or out of the ordinary. In fact, to the untrained eye, they may even appear to be under-engineered and quite plain. These days, on the whole, we tend to gravitate toward things that are far more gimmicky. Alas, it all comes down to two factors – the shape, and the material. Starting with shape, as you can see in the photo above, one end has an S-shaped hook that is actually really quite sharp at the end. The thin, sharp end makes it easy to get the lever under a tire, even if has a tight fit with the rim. On the reverse side, there is a cusp, perfectly shaped and spaced so that it grabs the rim right at the perfect time and location, allowing you to push off of the rim. What is perhaps most brilliant is that it works in reverse when you’re installing the rim. The sharp end makes it easy to get under the tire and catch the rim, while the backside of the lever bites into the tire bead. I realize that most tire levers work in this general manner, but I haven’t found anything as sharp and perfectly laid out as these levers. 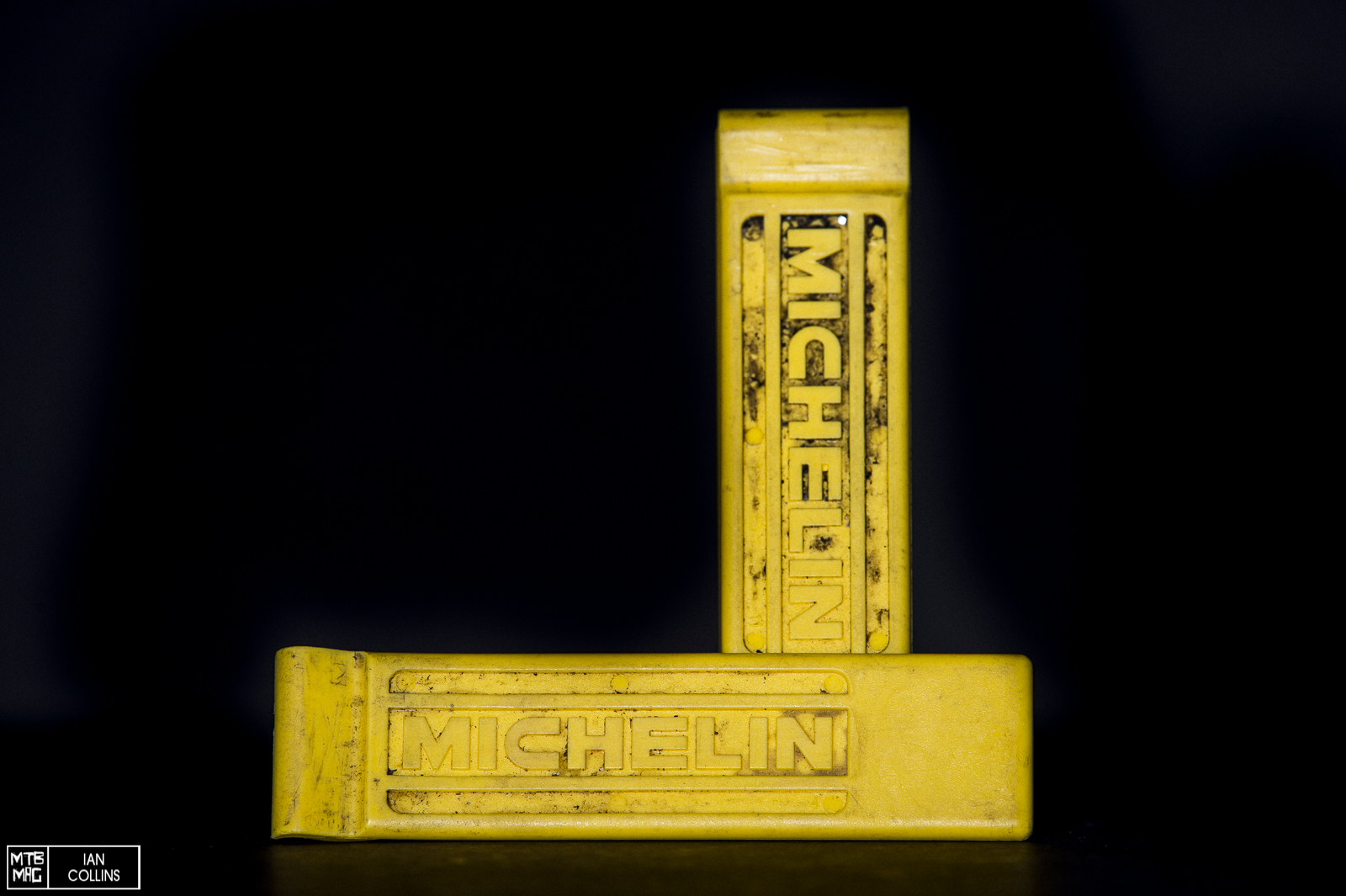 Most other tire levers that I’ve used have been far more focused on ergonomics and rounded off shapes, resulting in slips, snaps and bloody knuckles and a whole lot of swearing. Shoot, I’ve even bent metal levers. Anyhow, while the hard edges and rectangular shape doesn’t look like it would be very comfortable to hold, the levers simply never slip. Last, but certainly not least, I have no idea what type of plastic composite Michelin uses in their levers, but I’ve never broken one, and the ever so slight bend would always seem to work itself out overnight, indicating that said composite might have a bit of memory to it. So here’s to a 15 year old, set of $4 plastic tire levers that – if you ever come across a set, snag them immediately. I hope I never lose them! Have you got anything nostalgic in your toolbox that’s stood the test of time? If so, let us know…

[Video] What Do You Want To Change? Ep.2 – Phil Atwill / Formula