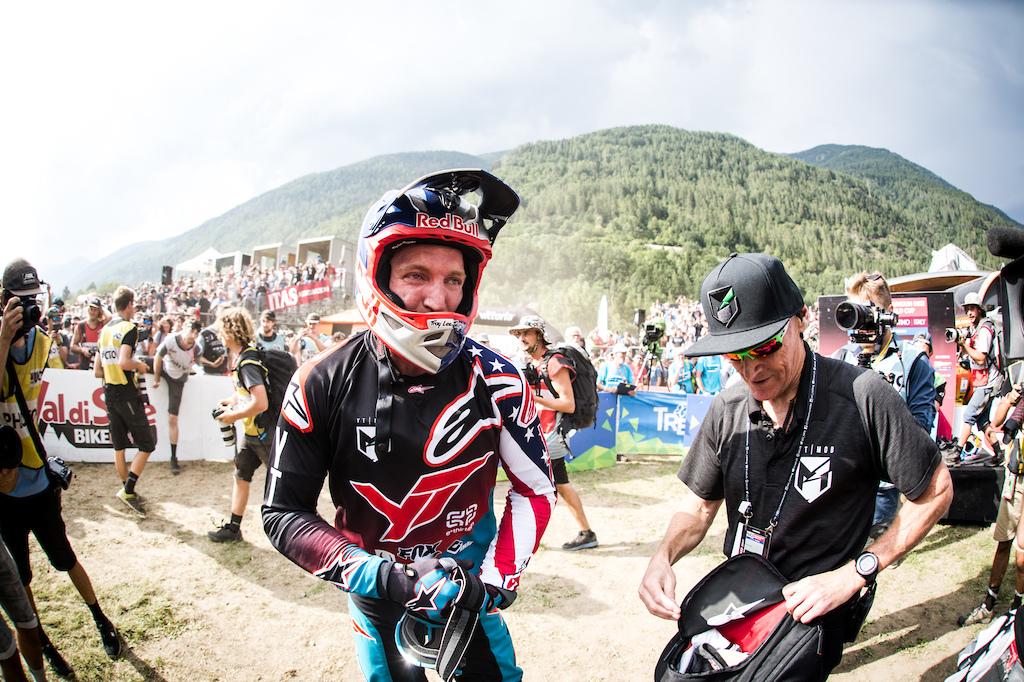 The YT Mob’s Race To The Top, Episode 2, Paul Schlitz – The Glue

The YT Mob’s Race To The Top, Episode 2, Paul Schlitz – The Glue

This series jumps into the lives of title winning titans, both riders and staff, to give you an understanding of the characters behind the scenes of a World Cup DH racing team. So, sit back, relax, and enjoy the success story that is The YT Mob’s Race to the Top.

Paul Schlitz is the ultimate behind the scenes guy in his roles as both Soigneur and Road Manager for The YT Mob team.

Being a Soigneur is one of the most serious support team jobs in the cycling world, and it’s something Schlitz takes seriously. To the point in fact, where he has never been late for any of the long list of tasks he has had to see to in his shining career. Schlitz’s vast array of duties can entail anything from making sure the riders are keeping up with their nutrition, to being that comforting voice that simmers down the adrenaline after a hard day in the saddle: “You’ve got to be able to seamlessly manage the egos of all the different people on the team,” he explained.’

Schlitz also must make sure no one gets lost along the way, this is where he comes in as the Road Manager. None of the team want to be left hanging around at airports, but his cast iron grip on the logistical side of things makes sure that never happens. His first introduction to sport was as a distance runner in the late 80’s, so he knows what his riders are putting their minds through to give themselves that competitive edge: “I get as nervous on race day as I used to get when I was towing the line in a running race,” stated Schlitz.

It was back in 1998 that the Australian got his first glimpse into a future on the mountain biking scene. Due to his bilingual abilities, speaking both French and English, he was offered 12 days’ work at The Tour VTT in the South of France providing massages for the riders. From that point on he obviously impressed and by 1999 he had a permanent place on the World Cup circuit with the prestigious Volvo-Cannondale Team, who were a dominant force in mountain biking during the late 90’s and early noughties. In between then and working for The YT Mob the 52-year-old has had spells at other legendary teams such Team G Cross Honda and Trek World Racing. Originally from Beechworth in Australia, Schlitz now calls the rolling hills and beautiful vineyards of Provence home, where he lives with his wife: “If this all ended tomorrow I’d be very happily living in Provence, a very simple life, I would miss the circuit, but I’d be very happy and comfortable,” he explained.

When he isn’t basking in the brilliant culture the South of France has to offer Schlitz likes to keep himself as fit as possible. His routine has him working on his upper body as well as spending time out on the pedals almost every day of the week, but he still likes to have one day off to rest to give himself that all important recovery time.

Paul Schlitz really is the glue that holds The YT Mob together, and the thing is he, he is passionate about doing it too: “I love watching the world’s best riders do what they do, and I consider myself grateful to be part of it,” he said