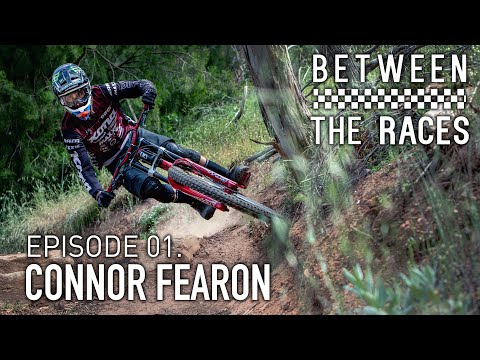 Join Monster Energy as we delve into the lives of the fastest DH racers on the planet. Over an 8-part series, we follow our elite athletes to their hometowns and find out what goes on outside of the race tape. From Australia to North America and Europe, we travelled the globe to get behind-the-scenes, unfiltered access to the greatest in the game.

We step outside of the pits and into the living rooms, home tracks and private lives of the professional racers to understand what it takes to make it on the World Cup circuit. In a sport where time is everything, we slow it down to understand what makes these racers tick.

Episode 1 features Aussie madman Connor Fearon: the loosest man in DH. Always going flat out on flat pedals, the seasoned World Cup athlete is always one of the most exciting guys to watch race. The softly spoken professional lets his riding do the talking and continues to take podiums and top 10 finishes after nearly a decade of racing. Take a peek behind the closed doors of the notoriously private rider and witness his never-seen-before home tracks that make him so damn fast.

[Video] In the Know – Connor Fearon

[Video] Forrest Riesco – Off the Clock