When Fabio Wibmer sets out on his very own journey through France you can expect banger after banger. Starting in Lyon, the capital of the Auvergne-Rhône-Alpes region, the Austrian bike phenom makes his way up to Paris, sending one sketchy staircase after another and pulling some mighty jumps until he reaches his final destination at the famous Eiffel Tower. 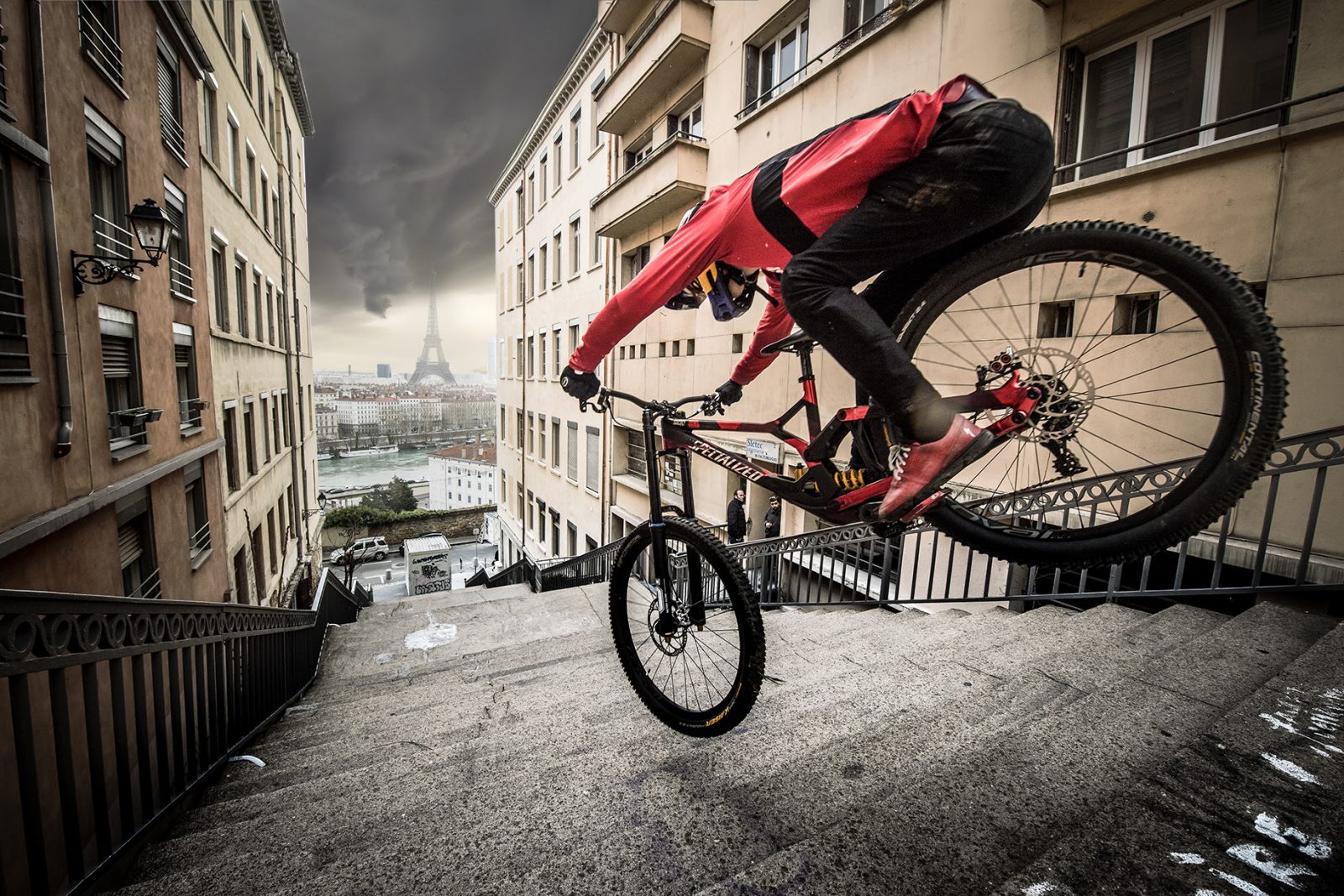