FOX has entirely updated their Rampage Pro Carbon helmet. The previous model has been in their range since 2013. Several new features have been adopted and integrated into the DH and freeride offering from the US brand, including some new and some pre-existing solutions already adopted on the Proframe, their enduro full-face helmet. 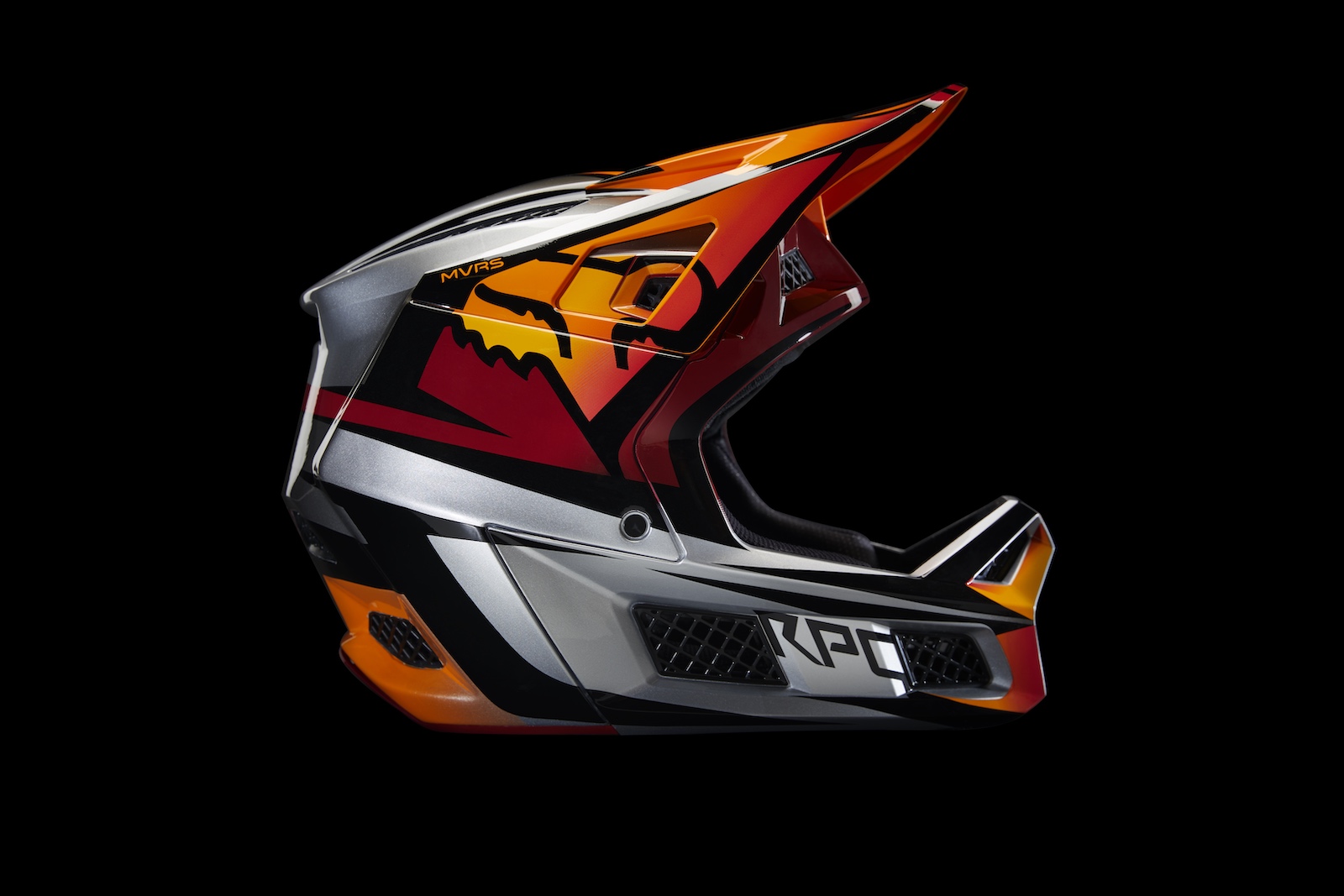 The Fluid Inside system, are gel pads placed inside the helmet and distributed between the shell and the padding, managing the dissipation of the kinetic energy transmitted to the brain in the event of impacts that produce rotational or linear forces. Basically it is an alternative patent to the more widely known MIPS system. 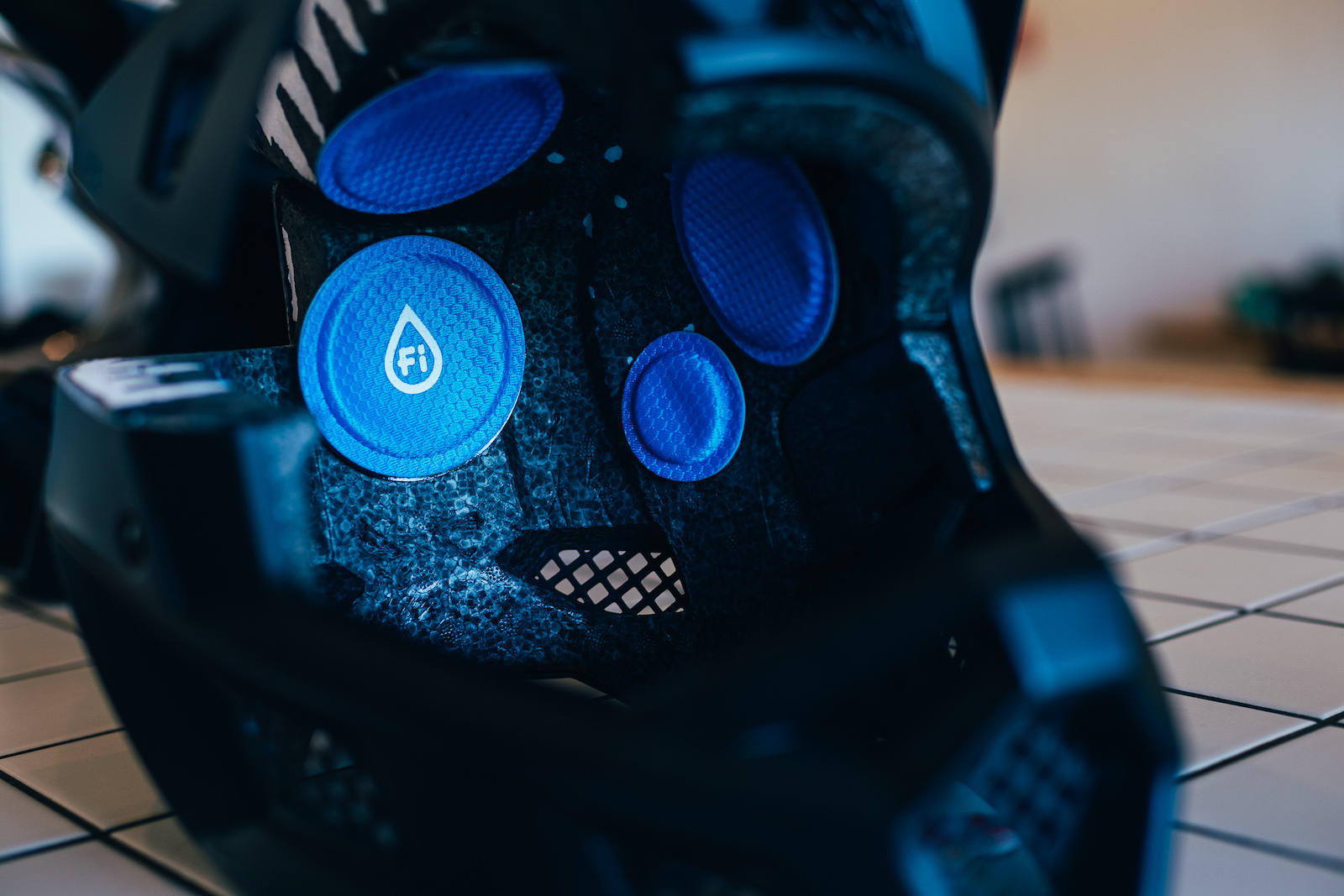 The MVRS system (Magnetic Visor Release System) allows the visor to detach itself from the helmet in case of impacts, so as to avoid potentially dangerous leverage points. The screws used to mount the visor are disconnected thanks to magnets and can be reconnected, remaining firmly in place during use and detaching itself only in the event of strong impacts. 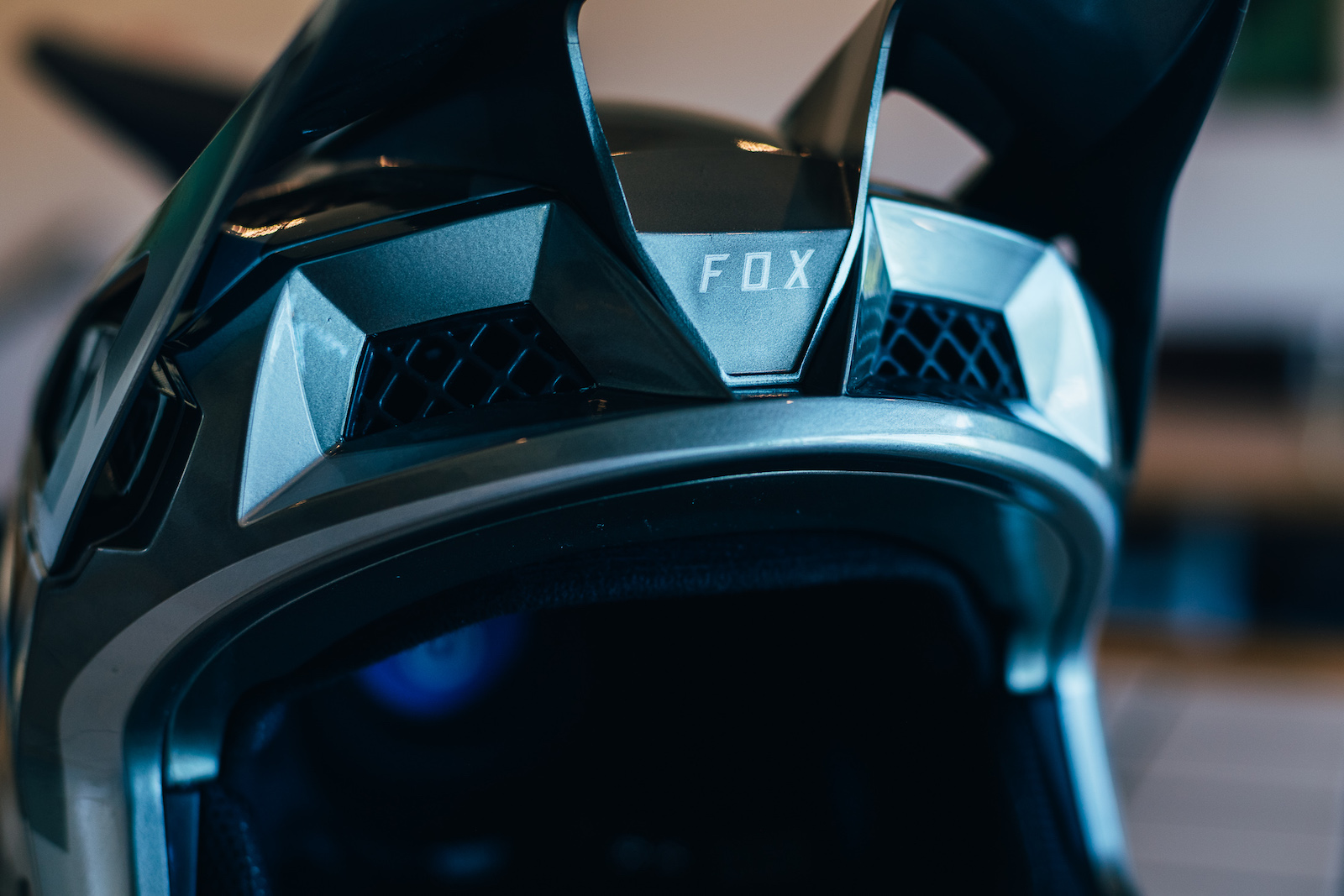 The shell is formulated in dual density EPS with the Varizorb system that now is utilized in all the FOX range helmets. 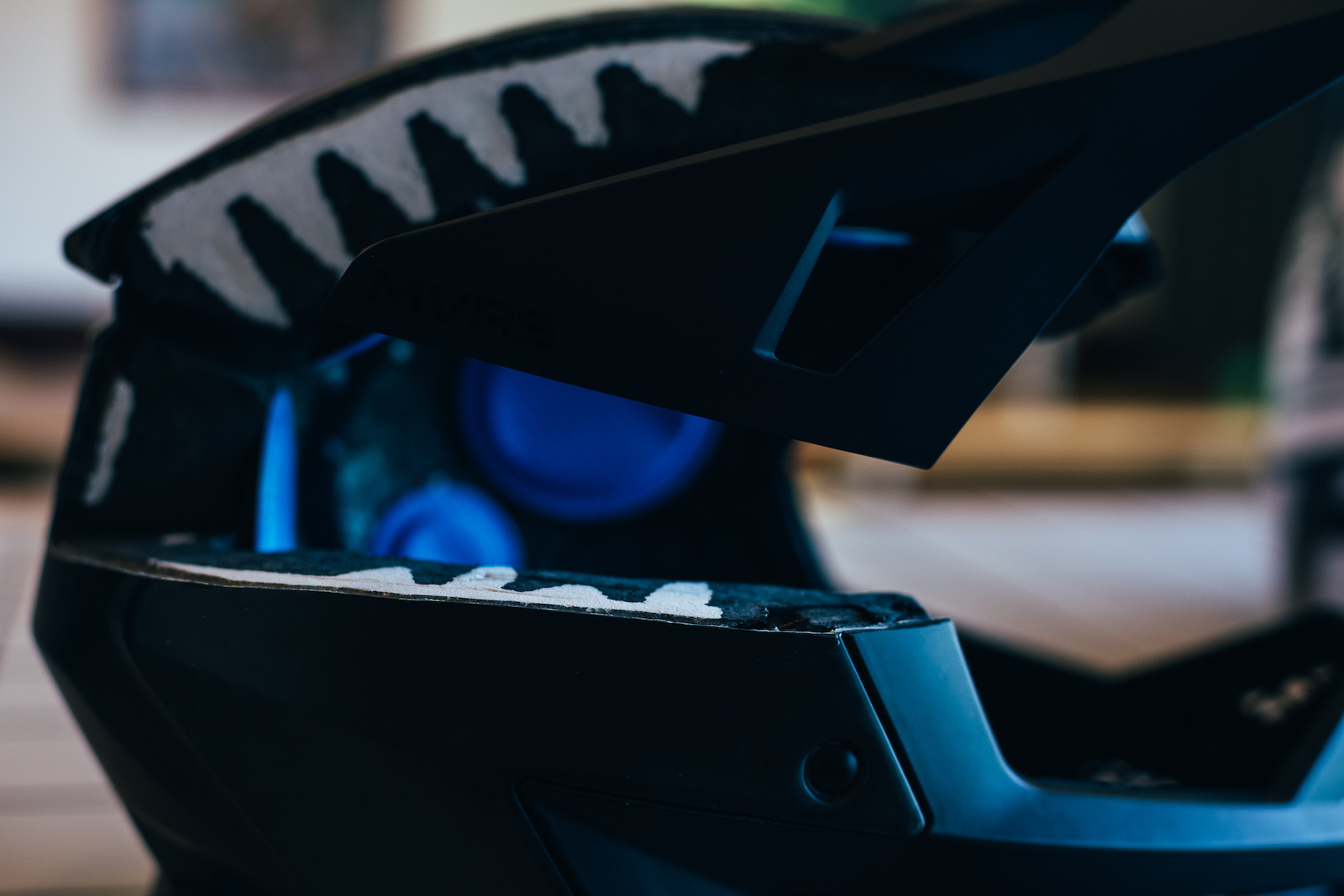 The front of the helmet, is formed by an additional frame that stiffens and strengthens the entire structure like a skeleton, increasing absorption capacity in case of violent impacts, at the same time allowing for the adoption of large vents. 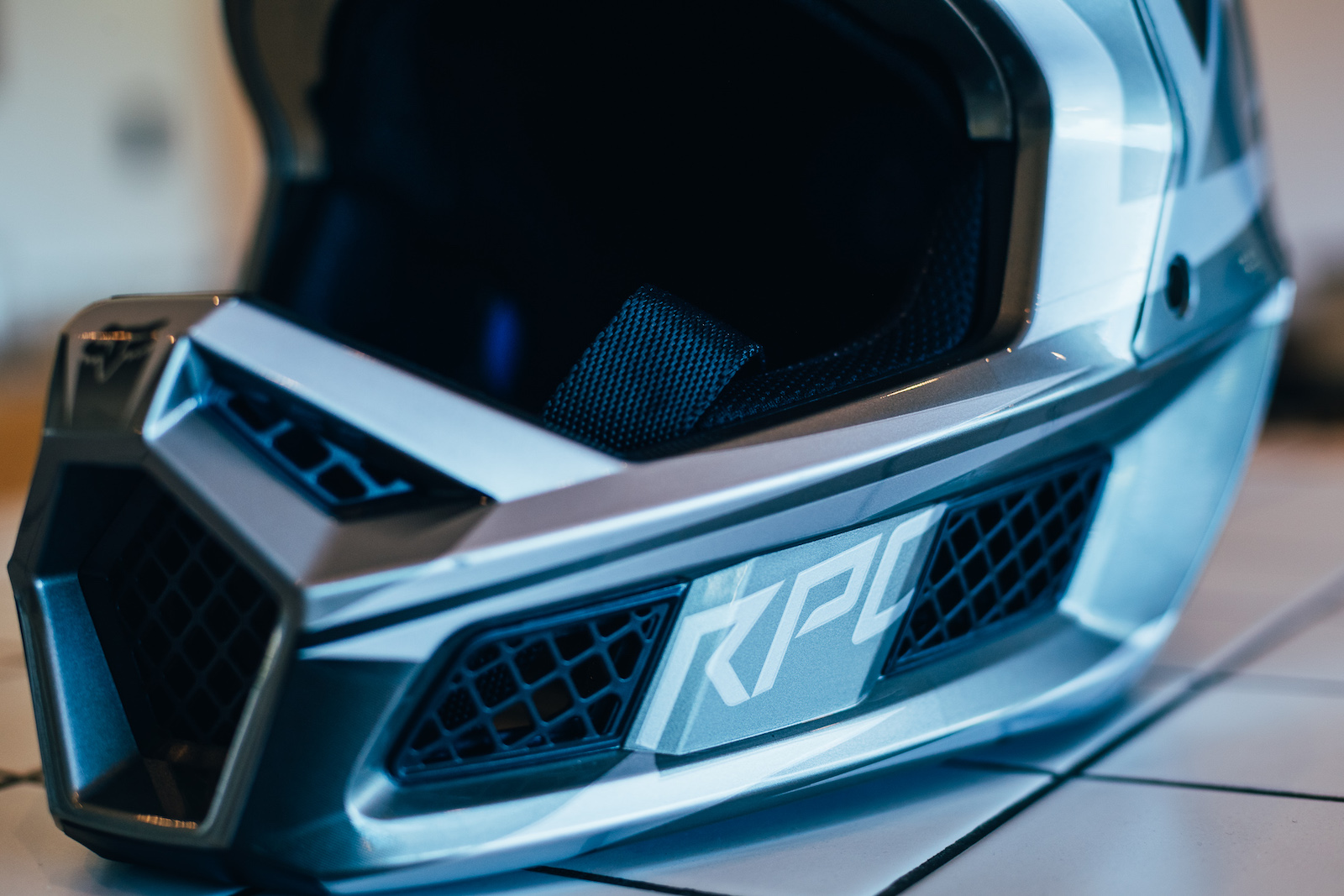 The air intakes are protected by expanded foam panels that allow the passage of air but blocks dust, mud and debris. 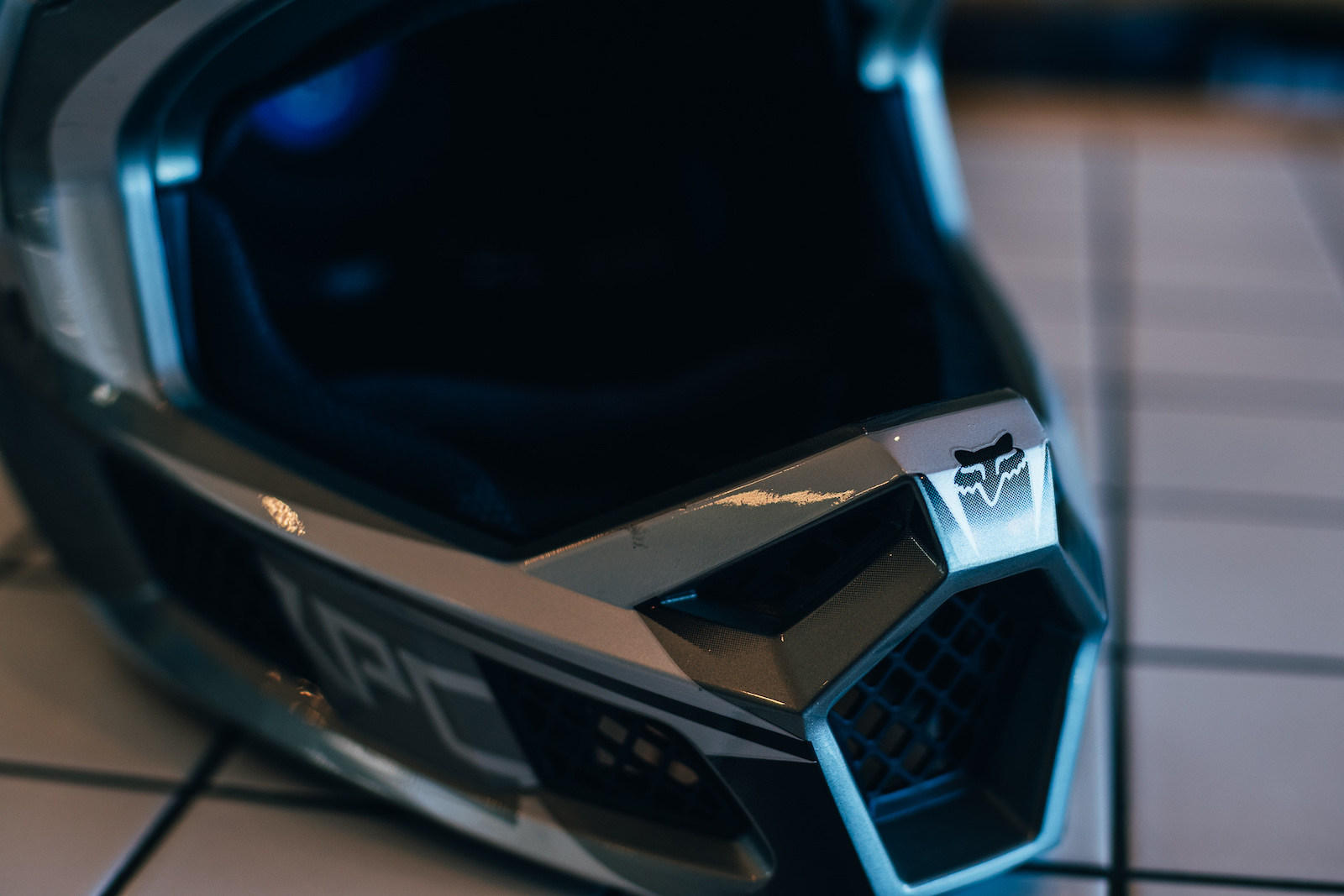 The internal padding is made of X-Static and is removable and machine washable, antibacterial and anti-odor. The Rampage Pro Carbon is available in 4 different sizes with 3 different outer shells and 4 inner shells of different sizes. The are 5 colors available, shown below.