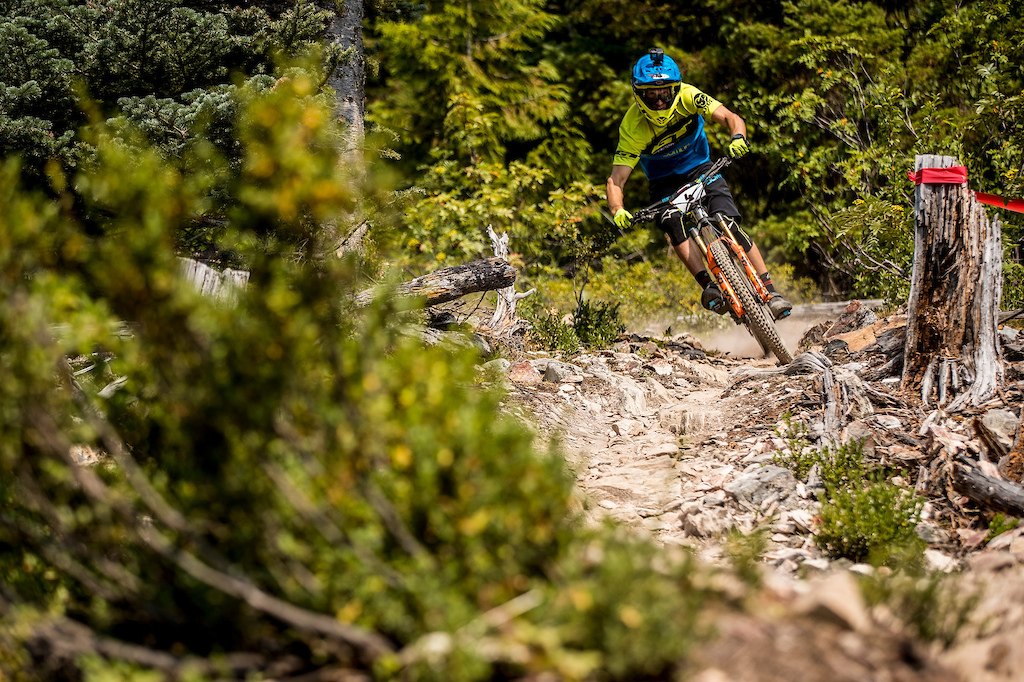 The team arrives in Whistler for Crankworx and the 7th round of the 2017 Enduro World Series. The EWS is always a big day out on the bike, and really special in the racers eyes. Wyn and Rachel are feeling confident and end up having good races, with Rachel feeling mentally and physically stronger than ever. During practice, Anneke reinjures her bad should and has to pull out of the race. On race day, Martin is on a flier and sitting in 4th overall until he crashes at the end of stage three. With Martin showing signs of a concussion, he and the team decide it’s best not to continue with the race.

Back in January, Andrew Cho, GT’s Digital Marketing Manager, became paralyzed from the neck down when a blood vessel exploded in his neck. In the seven months since, he’s had to re learn how to do everything – including how to walk. During Crankworx, Cho decides to take on a huge goal – running the Sea Wheeze half marathon in Vancouver. Seven months ago the thought of walking let alone running seemed far-fetched, but Cho is more determined than ever to get back up to full speed in life.

During the event, Brook gets time for a few hot laps in on a favorite trail – Dirt Merchant. And the bonus surprise happens when UK GT Ambassador Joey Gough rolls through each of the heats at the Pump Track Challenge to take bronze in the Pro Women’s category.

It’s a week of serious fun for the team before they head off to race their final events of the season.