[Press release] Livigno (ITA), July 21st 2015 – Livigno is expanding: as of last week the Italian bike resort has three new trails on its extensive bike map. On Thursday, a new route was opened in Val Minor, an important link between Livigno and Switzerland. On Saturday, Livigno’s longterm testimonial Hans Rey and friend, Danny MacAskill took the chance to test the two new flow trails located on the Carosello 3000 mountain.

Up and over: the new mountain pass from Livigno to Switzerland is 5.8 km/ 3.1 mi long and starts at the top of the Forcola Pass on the Swiss-Italian border. Riders can enjoy a last refreshment at the mountain hut before taking on the new trail with its 180 m/ 590 ft climb which takes about 50 minutes to reach the famous Ospizio Bernina station. Livigno and the two Swiss municipalities Poschiavo and Pontresina have successfully added a new mountain pass to the old demanding trails which took up to 4 hours to complete. This magical route is surrounded by untouched nature and stunning views of the glacier Vadret da Palu and its lake.

Having tested the new connecting trail with a bunch of bikers earlier in the week, Hans Rey took part in the official opening of the flow country trail at Carosello 3000 with non other than friend and fellow trials rider, Danny MacAskill. It is the first time Danny has come back to Livigno since 2012 when he last rode here with Hans “No Way” Rey. Together the two biking icons took laps on the new “Coast to Coast” (6 km/ 3.7 mi) and “Rollercoaster” (4 km/ 2.5 mi) trails. Their fine-tuned sequence of rhythmic jumps and berms give cyclists the feeling of ultimate flow and enjoyment. 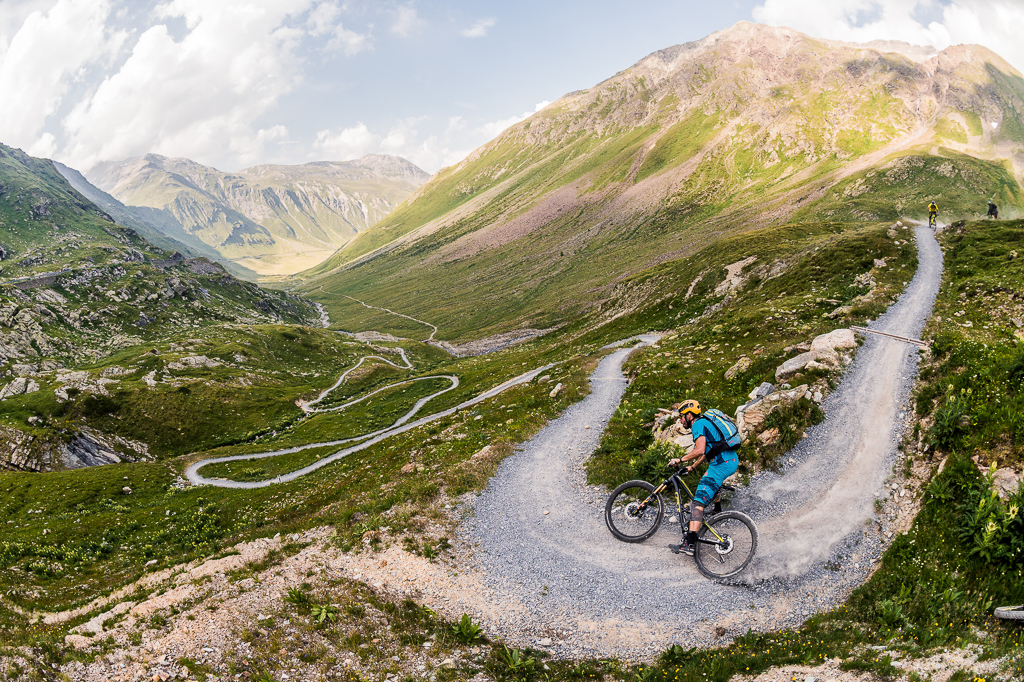 In cooperation with Hans Rey and the flow country expert Diddie Schneider the local Alberto Clement and his crew have shaped a route that is ideal for both beginners and advanced riders. At the opening day, invited guests were impressed by the fun factor and readiness of the trails. “We worked hard but I’m really happy about the way Carosello 3000 have built the trails”, says Hans Rey. “You can recognize it’s real flow country because you look at the people’s face and they are smiling when they arrive at the bottom. We already have 10 km and it’s just the beginning. Livigno is one of the best places in the world for mountain biking and now we have all kind of trails.” Danny MacAskill also liked the two new trails: “For me it’s always awesome to be here in Livigno. I rode already with Hans all over the valley and now riding the flow country trails as a pro rider I had the same enjoyment. I hope to be back again soon.” 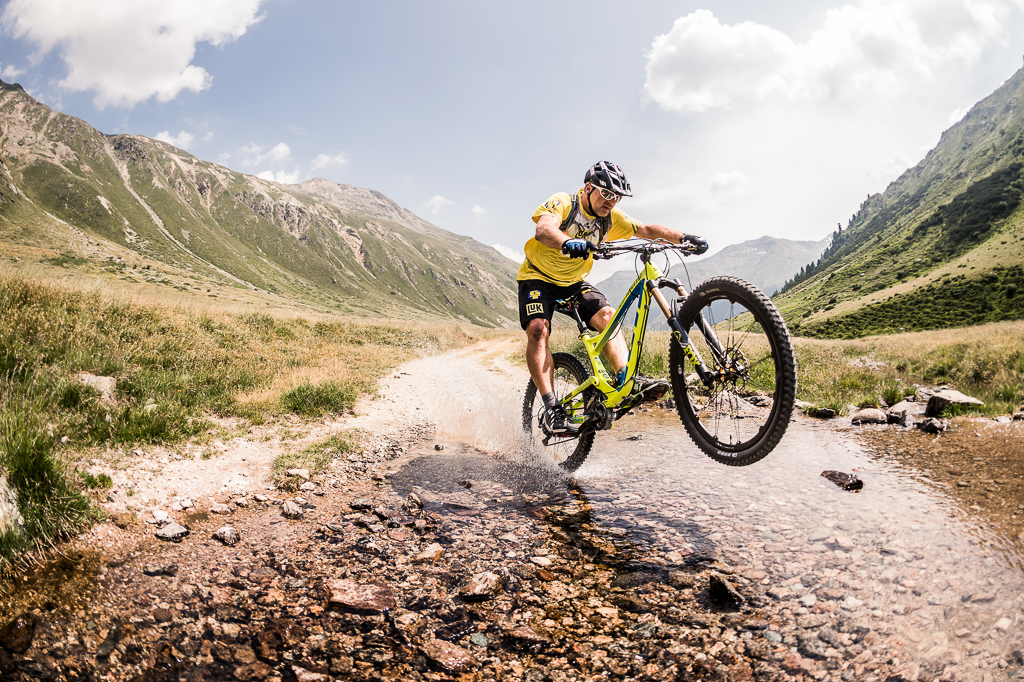 The flow trail project is far from over: further sections are in the planning. Another 4 km/ 2.5 mi trail will be already completed in mid-August.

Eager bikers should not waste any time coming to Livigno: the first event on the new trail takes place on August 2nd. As part of the Adventure Awards Festival (July 27th – August 2nd), the 3K Up & Down race is presented by the Adventure Awards, Carosello 3000 and crankbrothers. The principle is simple: 1 Pro-Rider, 100 participants, 2 lifts, a 13 km/ 8 mi long trail and 7 hours to ride as much as possible. How many times can you take the lift up and bike down in 7 hours? So gear up and we look forward to seeing you in Livigno! 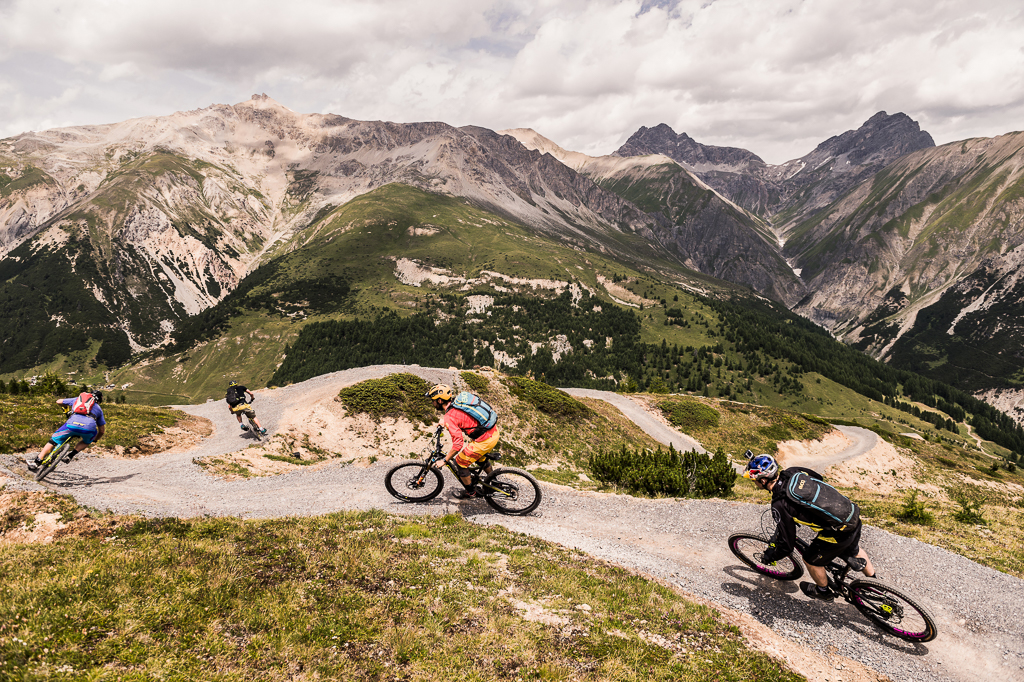 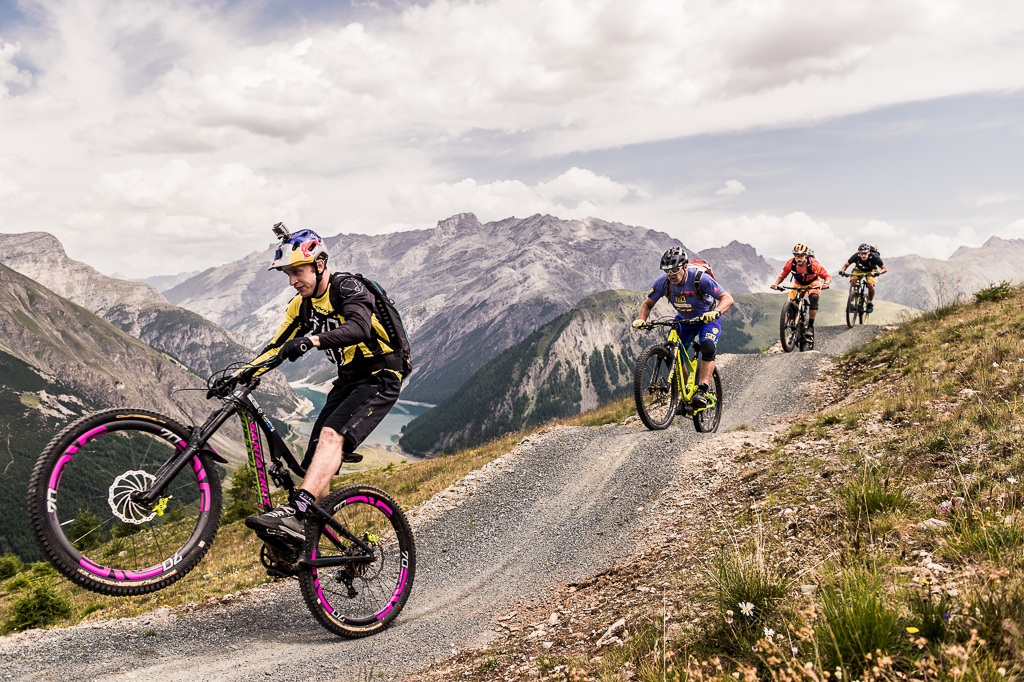