We have all seen what it is capable of doing in the right hands. Now, two years after the project was born and after a full year of field testing, the new 29-inch Santa Cruz V10, with which the Syndicate team raced on the DH World Cup, is available to us mortals. 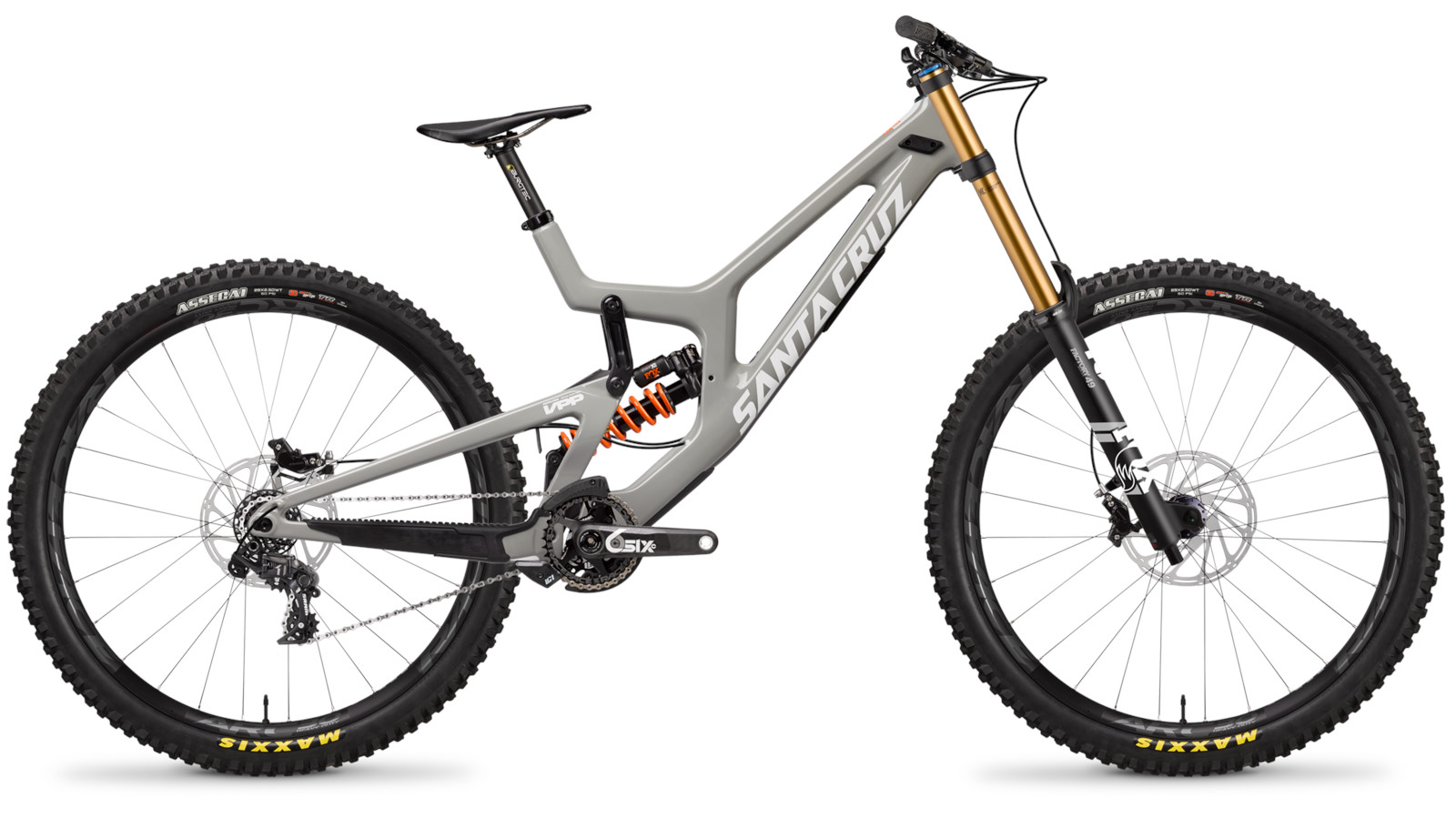 For those who are not comfortable with the 29″ format, Santa Cruz offers the new version of the V10 also in a 27.5″ format, with the same features of 29″ version but with different geometries. 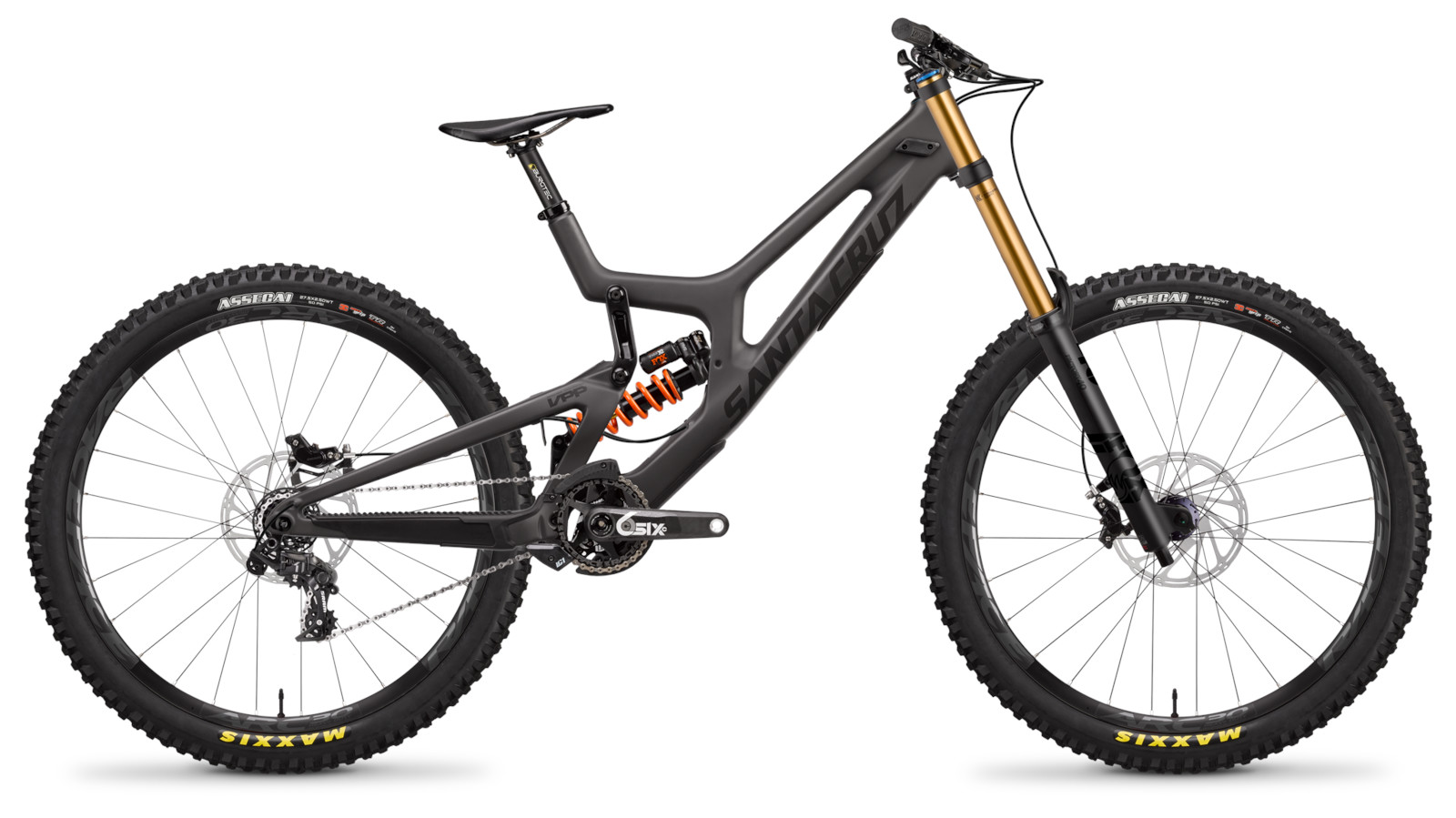 Santa Cruz has also released the new Reserve DH wheels they produce which the Syndicate team has run and are offered with Chris King hubs and a lifetime warranty. They are not mounted on any of the available DH bike spec levels, but are sold exclusively aftermarket and will be available starting in February. The same goes for the V10 29, while for the V10 27.5, you’ll have to wait until April. 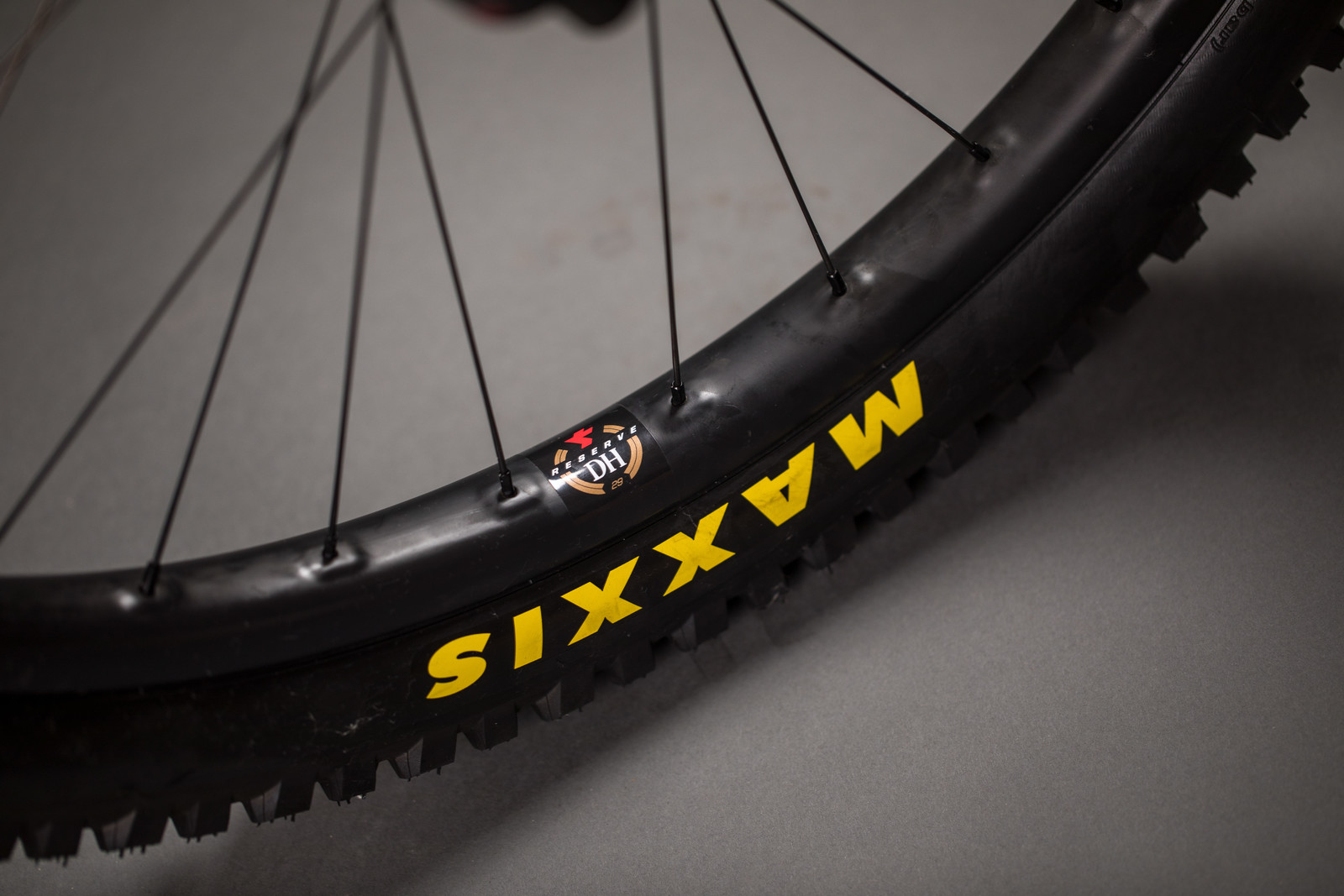 Two versions are available for the 29″ version and two, practically identical, for the 27.5″ version. The geometries are specific to each version given that the 29″ and 27.5″ frames are different and specific for each version. It’s also worth noting that it isn’t just reach that changes throughout the sizing. Santa Cruz opted for size specific chainstays as well, thus keeping the front center/rear center balance more optimized. 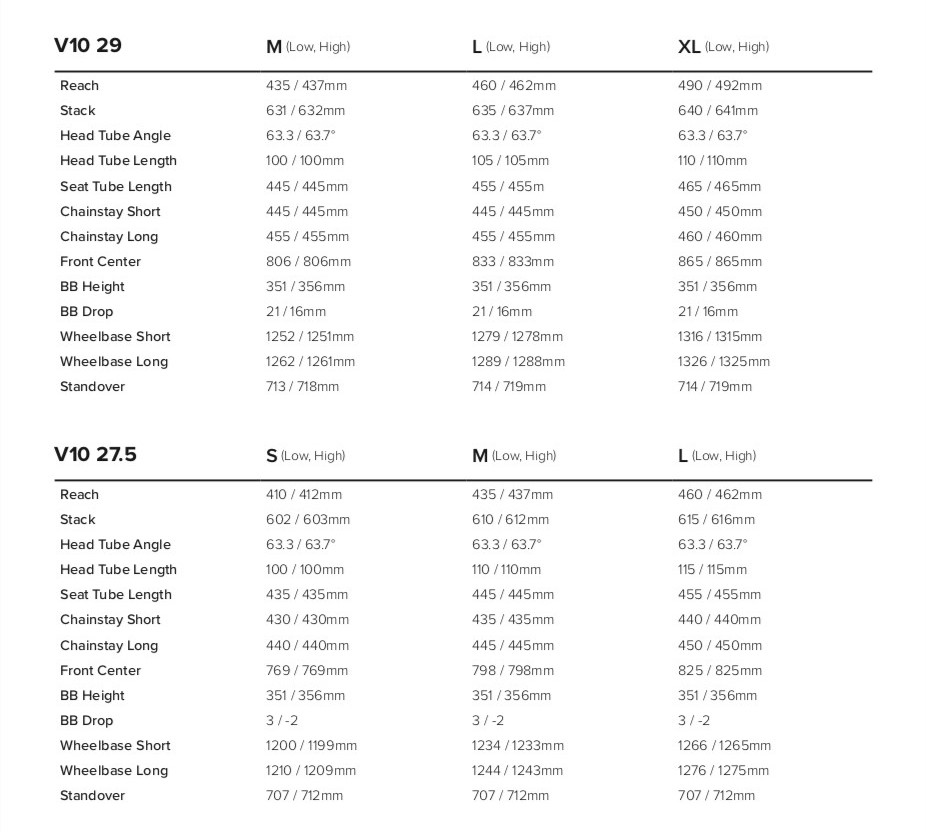 The travel is 215mm regardless of the wheel format. The suspension system is, of course, the Virtual Pivot Point which Santa Cruz holds the patent of. 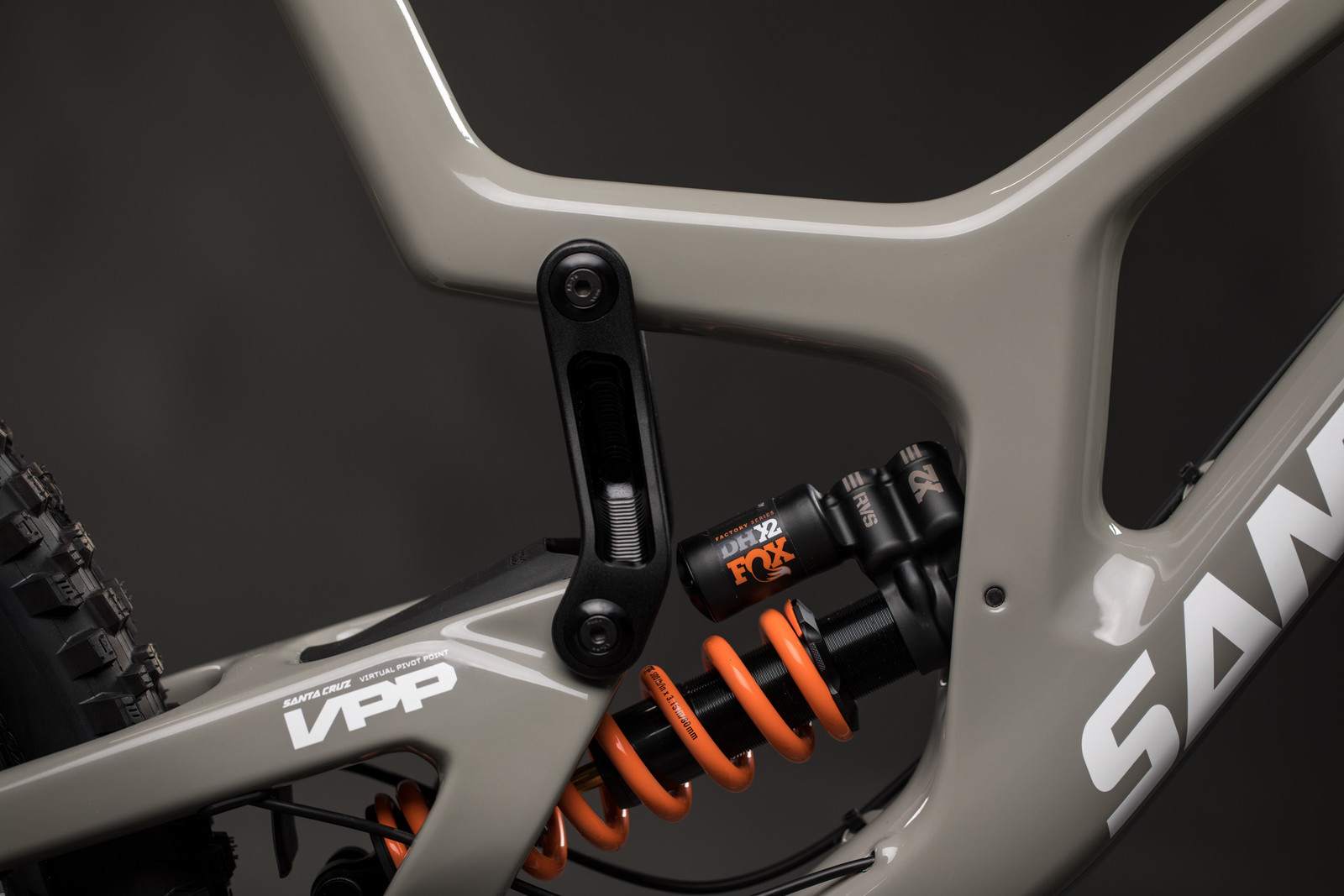 The geometry is modifiable through a small flip-chip placed on the lower linkage. 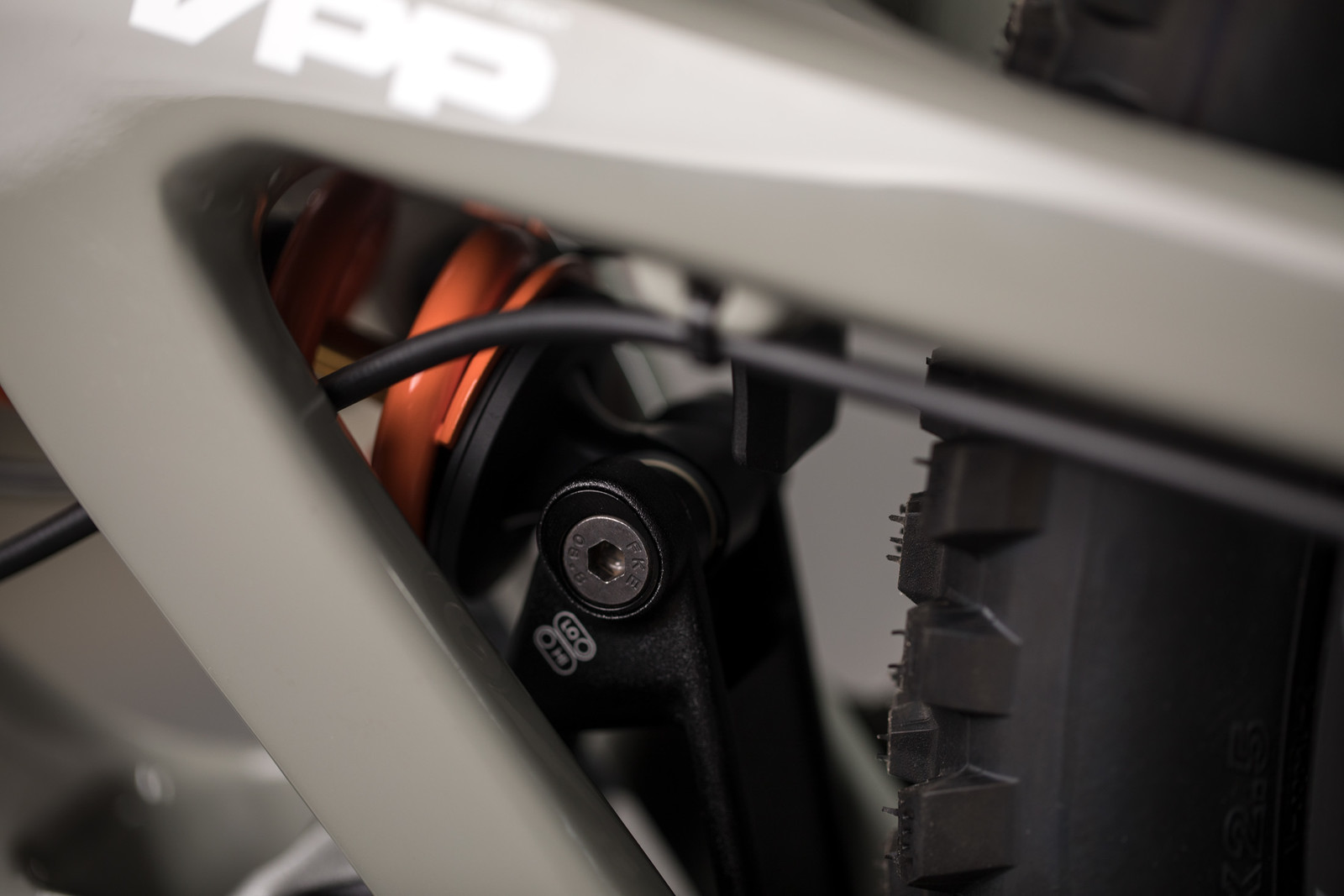 The length of the chainstay can also be adjusted to two different settings, thanks to a flip-chip at the rear axle. 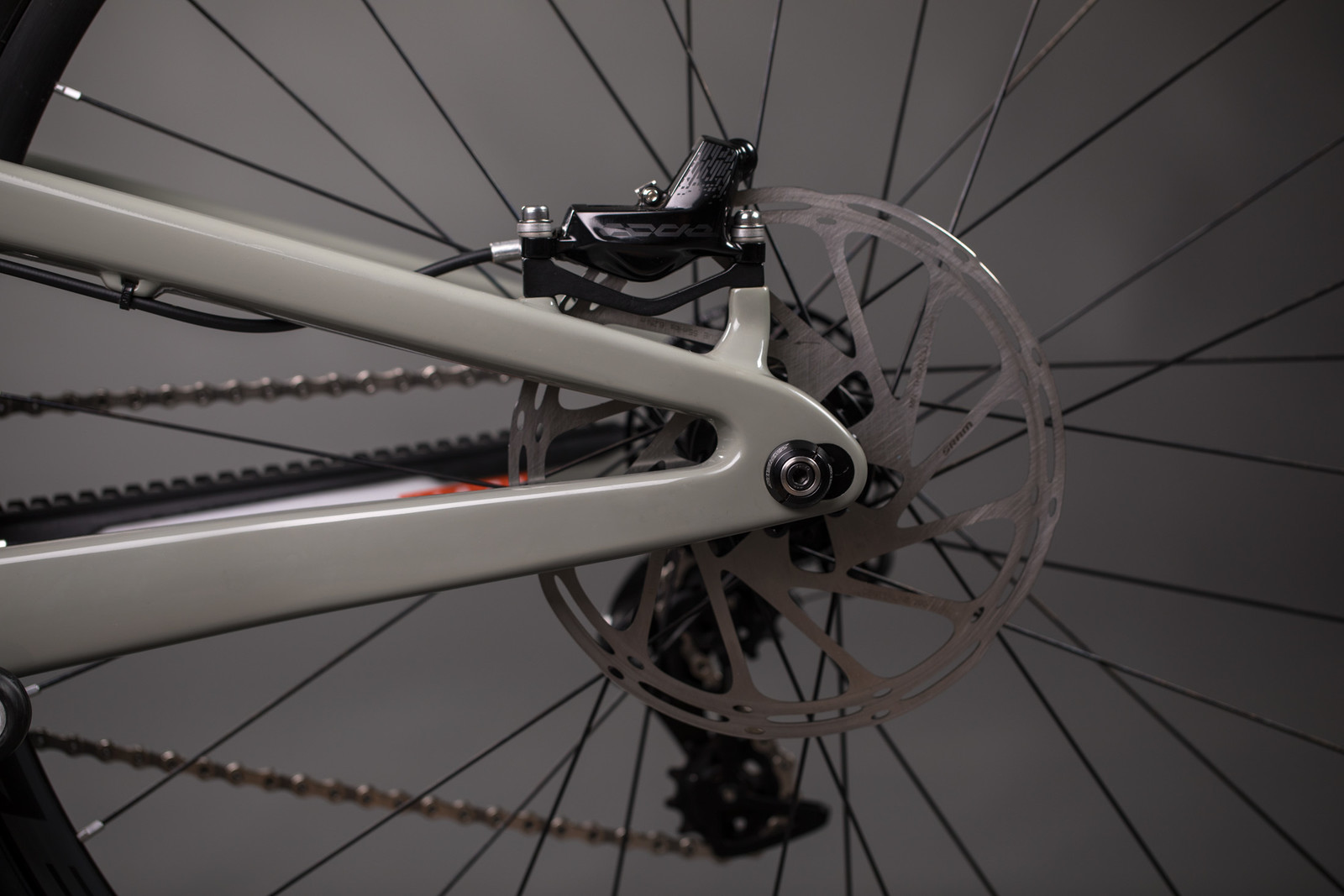 The housing of the cables is partly external (brake hose) and partly internal and sleeved (derailleur cable). 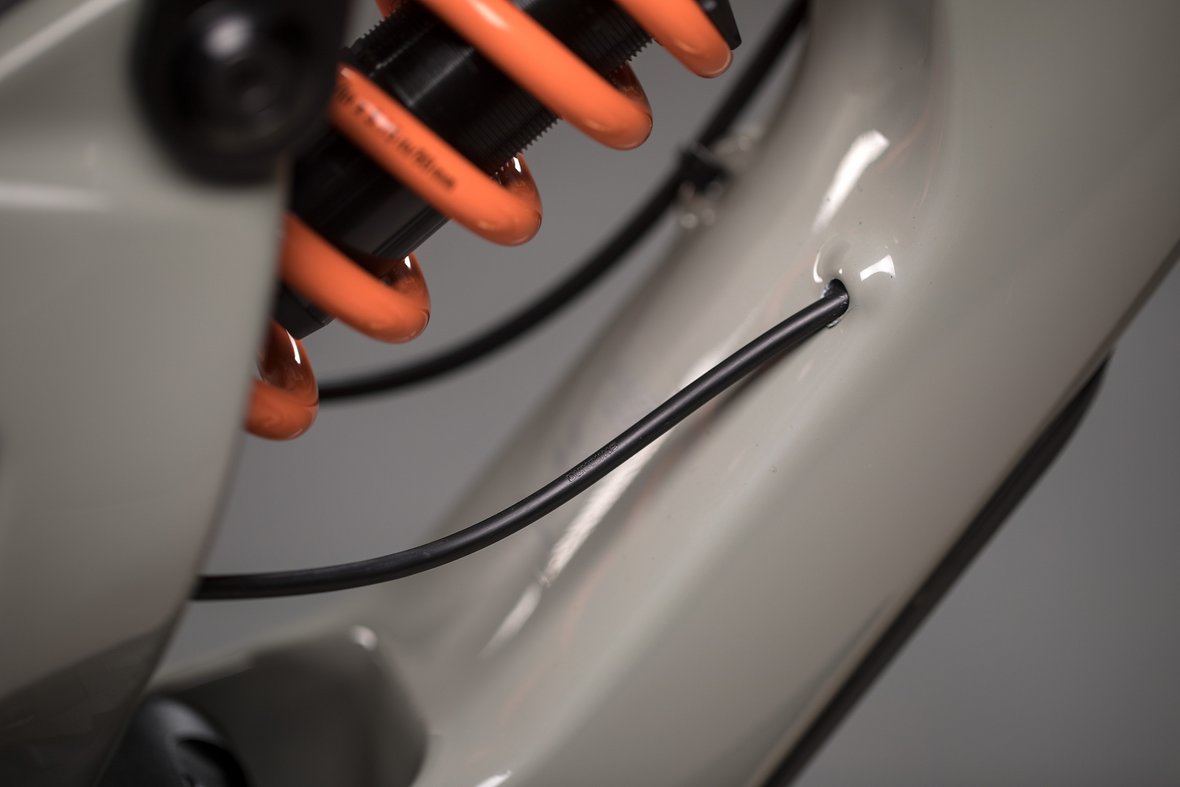 The fork bumper integrated into the frame also acts as a guide and as a fastener for cables. 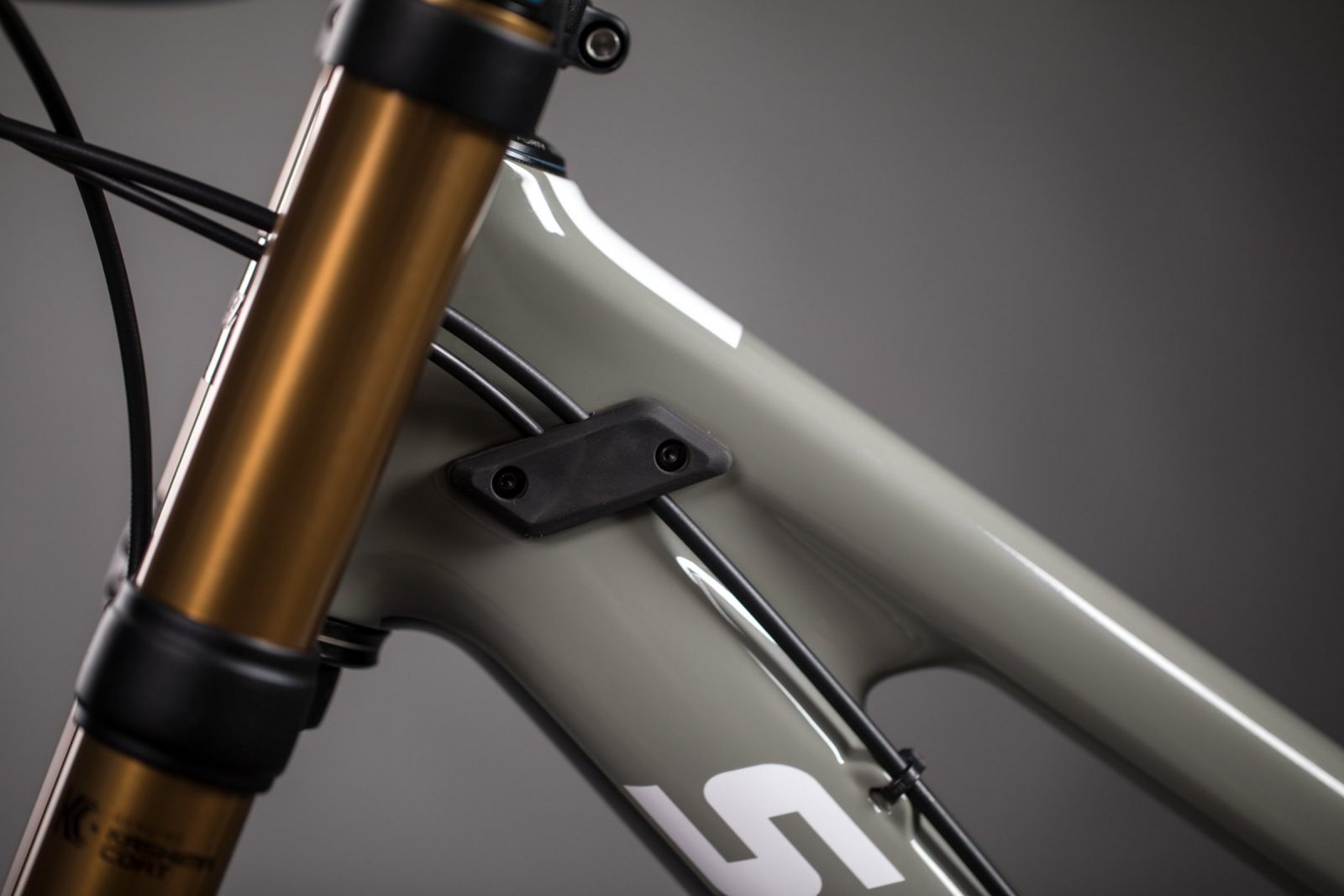 The rear end integrates a mudguard for the shock absorber. 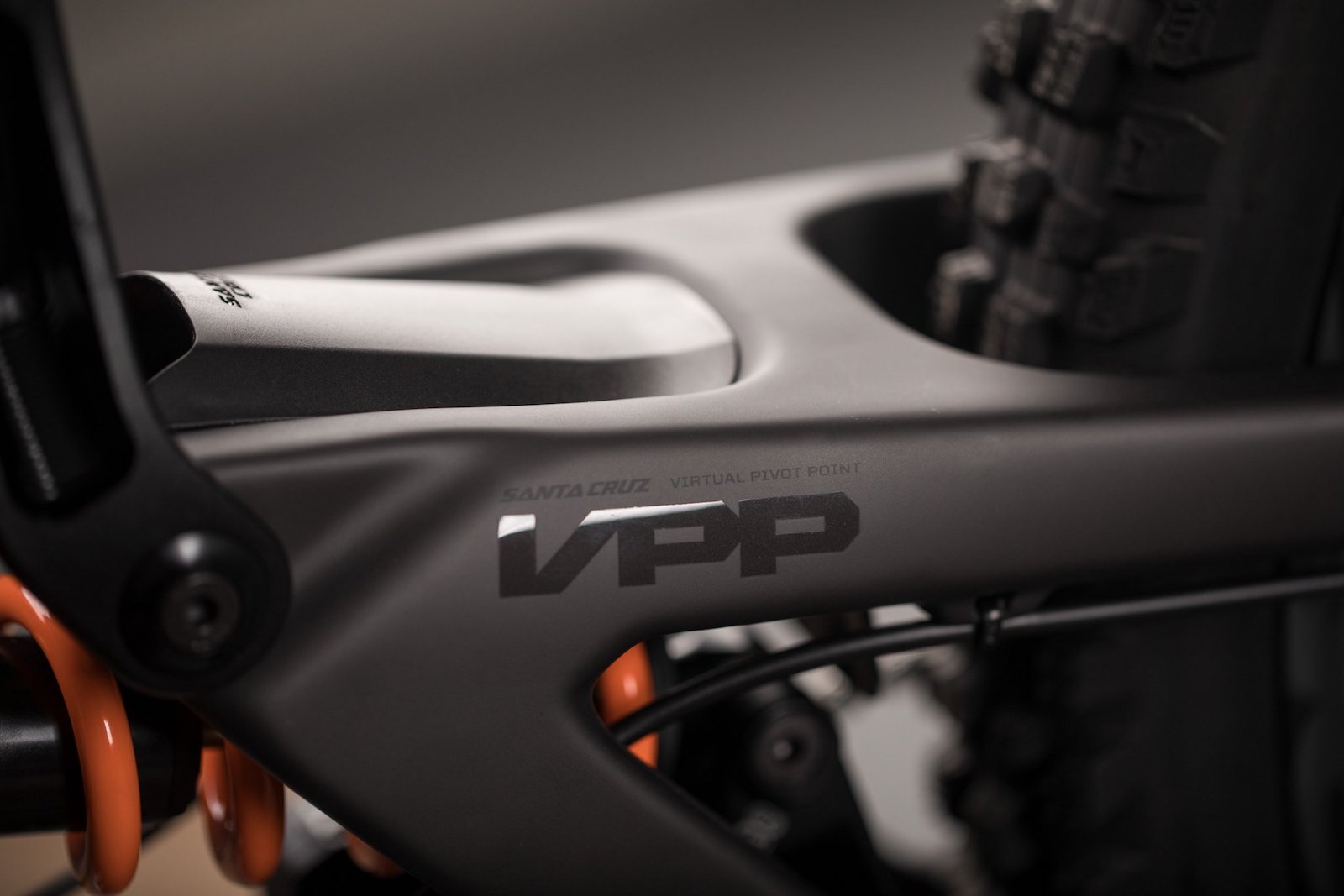 The down tube has a protective sheath for shuttling with the bike on the tailgate of pickup trucks without any worries. 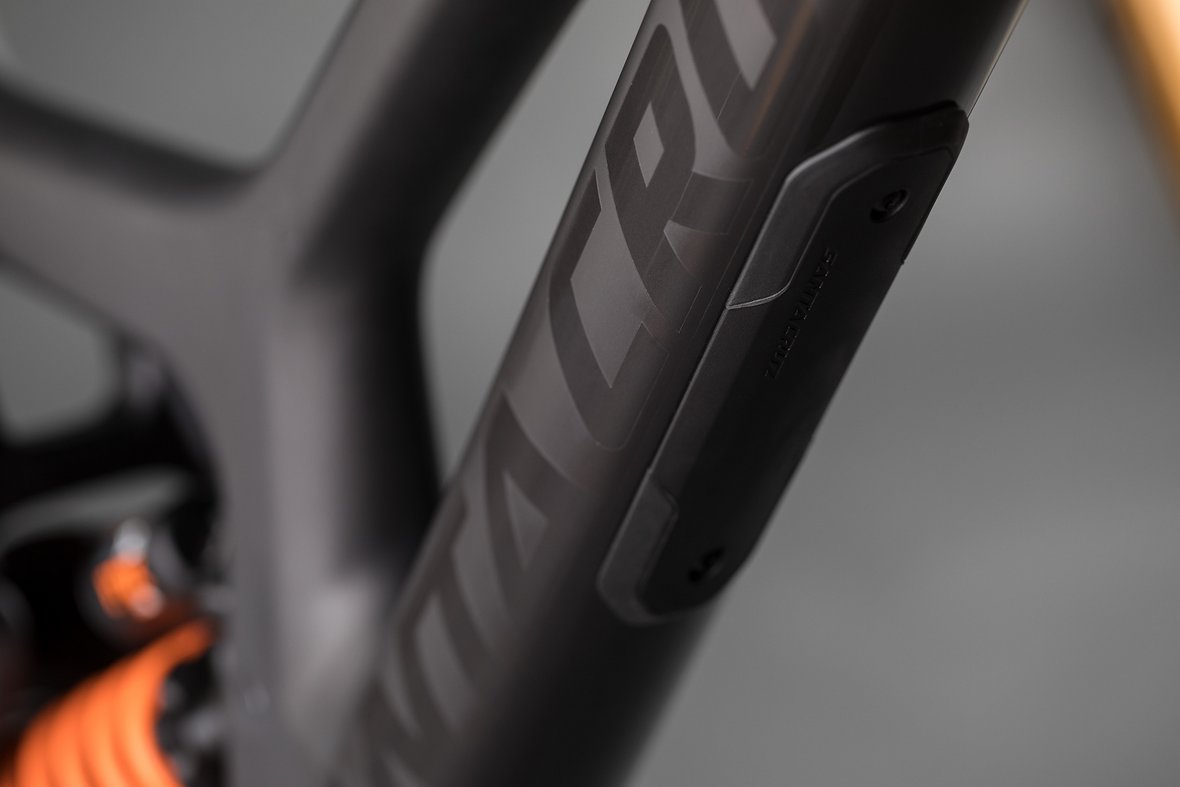 The chainstay protection on the rear end is also noteworthy. 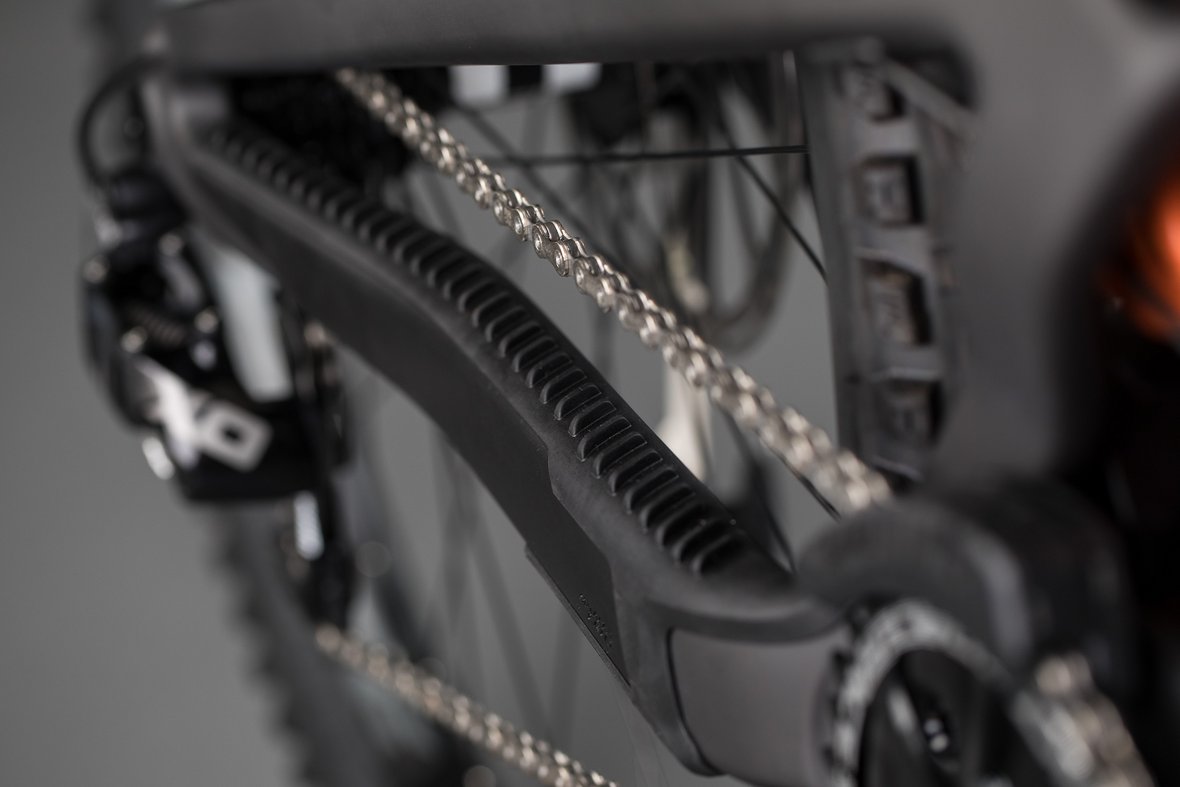 [Video] Chris Akrigg – From Here to There