Dan Atherton set out with Red Bull to push the limits of exactly what kind of insanity can be built into a downhill track without the typical restrictions of racing. Check out this absurd footage of some of the ballsiest riders getting ragged on one of the most terrifying tracks we’ve ever seen. 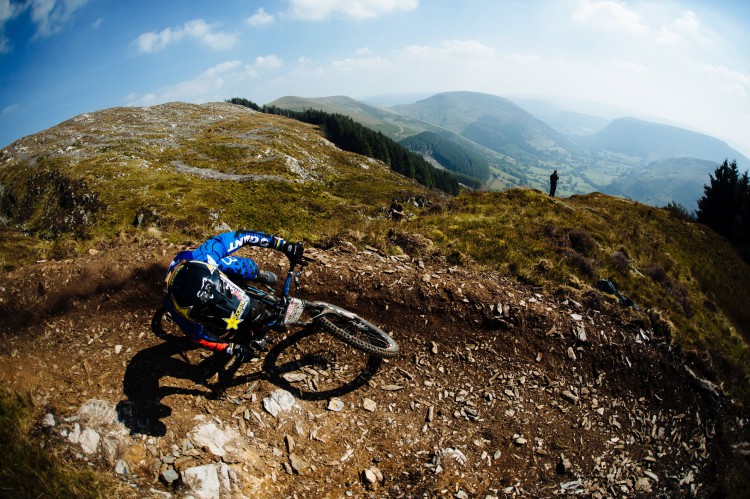 The course, which was designed and built by Dan Atherton, was created to stretch the limits of downhill Mountain Bike riding and challenge riders to hit what is essentially a free ride course in the fastest time possible. 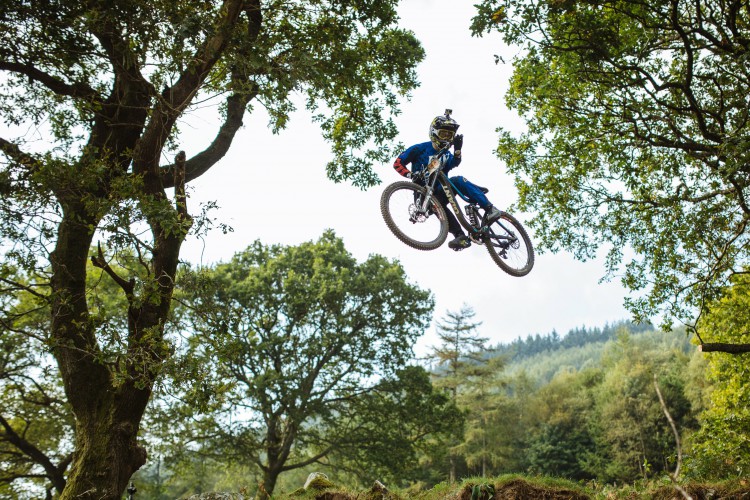 2011 World Champion Danny Hart won the event, in a time of 3 minutes 39 seconds, beating Dan Atherton into second place by 3.1 seconds and Frenchman Loic Bruni into third. Current World Champion Gee Atherton, who set the fastest time in qualifying, was two seconds up at the first split but got a puncture and failed to finish the race.

Speaking after his victory, Danny Hart, said: “I was really happy to be a part of this awesome event, only a few selected riders were invited and I was ecstatic to be one of those! The course was incredible, scary and difficult; usually tracks of this kind have average sections linking up the jumps, but Dan did an amazing job of making the sections link together seamlessly and scaring the living daylights out of us!” 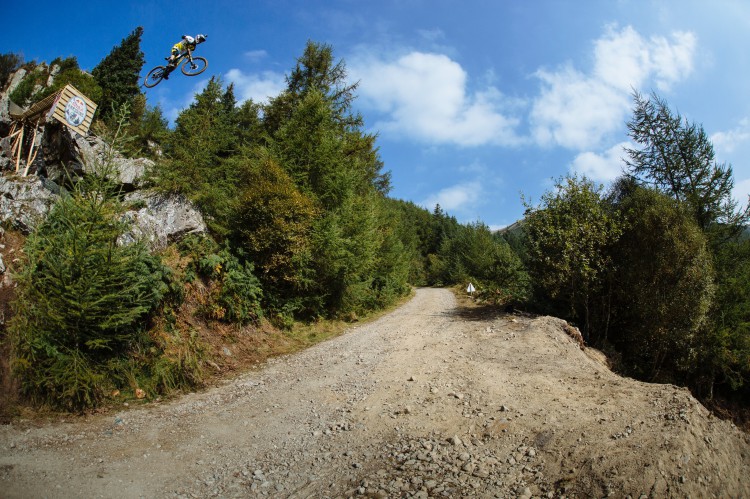 Creating the course had long been a dream of the Atherton family, who were keen to design and build an event that had absolutely no restrictions. Unlike a regular UCI World Cup event, in which often more than 250 riders can take part, Red Bull Hardline is an invite only event, reserved for the best riders in the world capable of riding such a difficult line. A mixture of tough technical rock gardens, fast forest sections and huge man made and dirt jumps meant that the track was like nothing the riders had raced on before. 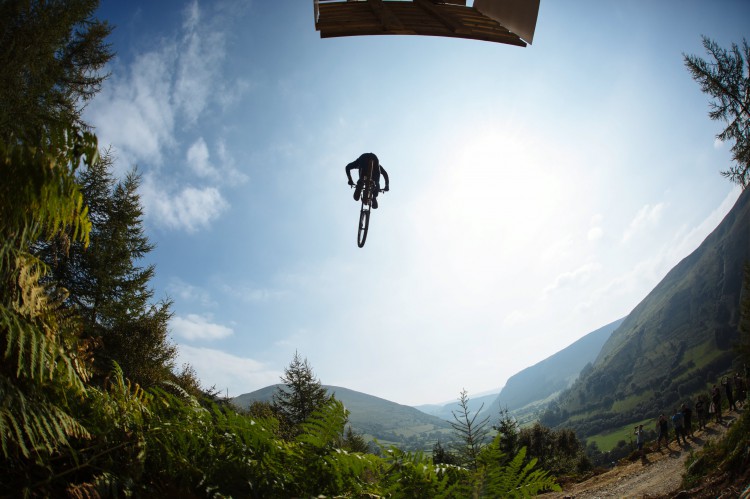 Speaking about the difficulty facing the riders, current UCI Downhill World Champion, Gee Atherton, said: “Riding the Red Bull Hardline course was quite intimidating, it was definitely not a track that you could just jump on and blaze down. It was a combination of how hard the sections were and how many sections were crammed in there back to back that made it so gnarly. At the same time it was totally exhilarating to have a track that challenged you so much, it definitely brought out the best in all the riders and pushed all of us more than we’re used to.”

The course designer, builder and second placed rider, Dan Atherton, said: “This is something that me and Gee have dreamt about for years but it was only brought to reality through the vision and support of Red Bull and the work ethic of Olly Davey who was the main builder on the project and was up on that mountain at all hours and in all weathers. To see it all come together on the day was an incredible feeling and I think it was a big step forward for mountain- biking. I can’t wait for next year!” 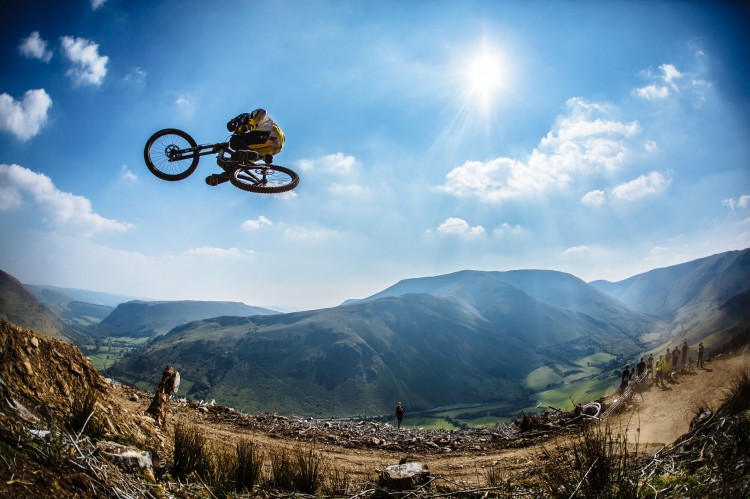 Red Bull Hardline will be returning in September 2015, to find out more please visit redbull.co.uk/hardline 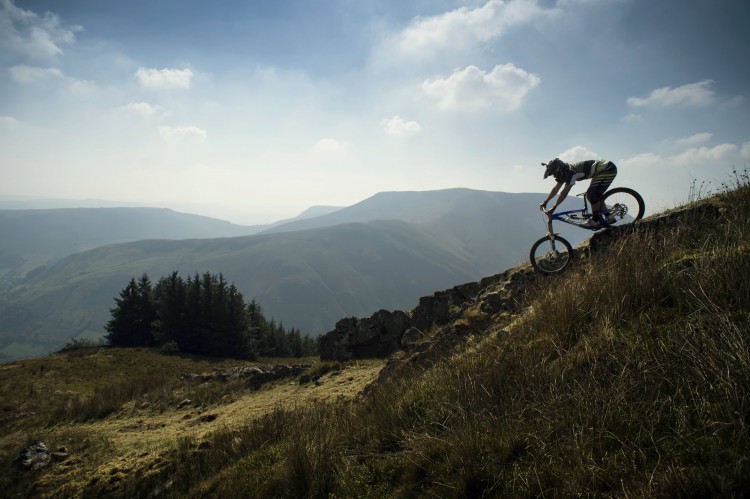 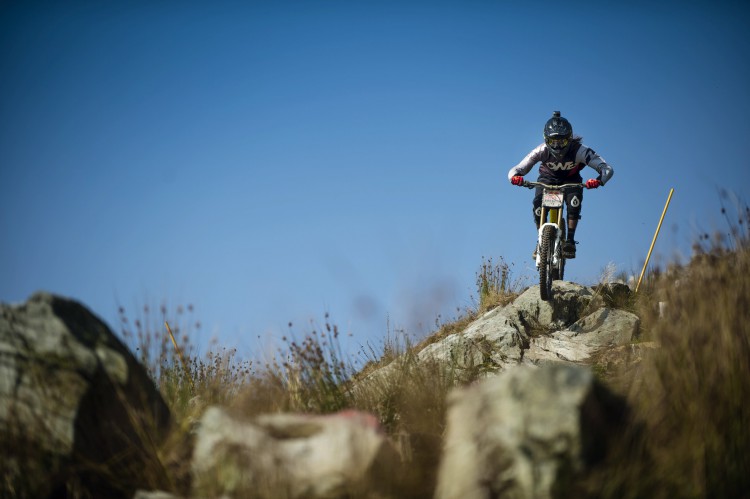