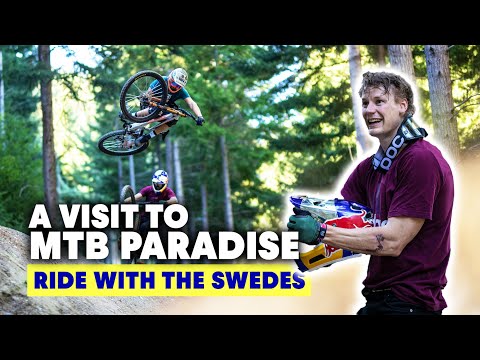 Ride with the Swedes video series is back for its second season. This time Swedish MTB all-rounder Martin Söderström teamed up with his fellow countryman & Slopestyle superstar Emil Johansson. The Scandinavian MTB dream team are on a quest to hit & ride the best of what their home country and the world have to offer, having as much fun as they possibly can on the way.

In episode 1 Emil and Martin warm up on their home trails, pack their bags & fly to the mountain bike paradise of Queenstown, New Zealand. Being injured, Emil switches his bike for a camera and ups his photography game, while Martin has to send it for both of them.