An adventure is a rare event that a person experiences, particularly in dangerous and risky situations. It can show us our physical and mental limits. It is a word for which many are born. The desire to go and to search for an adventure encouraged four members of the Fat Bike BCN Club to discover the lands of Siberia, especially the Baikal Lake.

The Baikal Lake is with a depth of 1642 m the deepest lake on the planet. It contains around 20% of the world’s fresh surface water. The lake is frozen during winter and reaches a thickness of sixty centimeters of ice.

Our idea was to cross it at its widest part, from the east to the west and then down to the coast to get to the capital of Siberia, Irkutsk. Days before our departure, the media forecasted extreme temperatures north of the region, close to -64 ° C. Our material was from beginning on not made for such cold temperatures. Confident that temperatures will increase, we left for the Siberian capital. 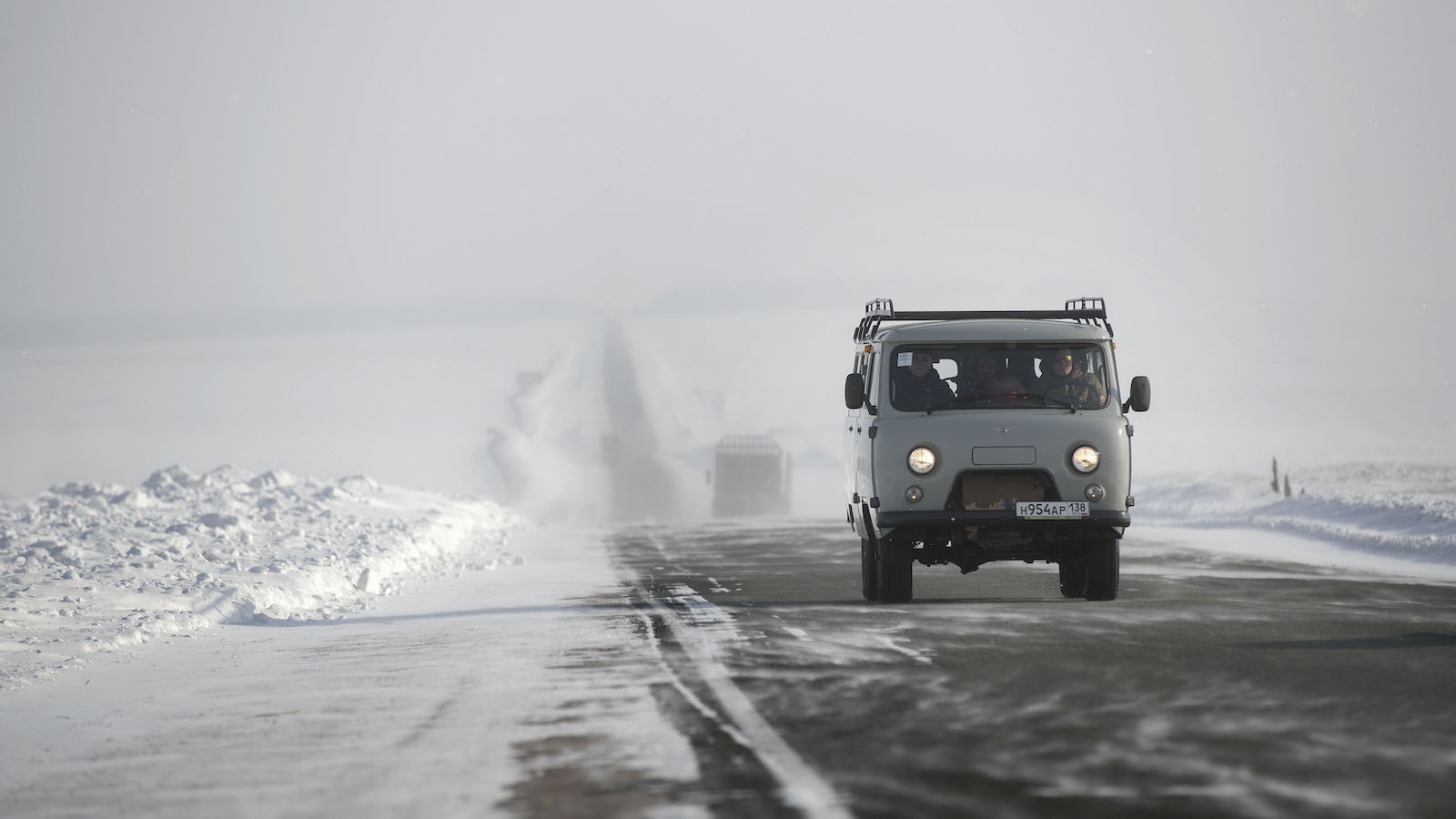 In Barguzin we stayed at Alexander´s house and he offered to bring us from one coast side to the other. To not get lost on the way, because of bad weather conditions, Alexander oriented himself on fir tree trunks, which he had previously stuck into the lake. 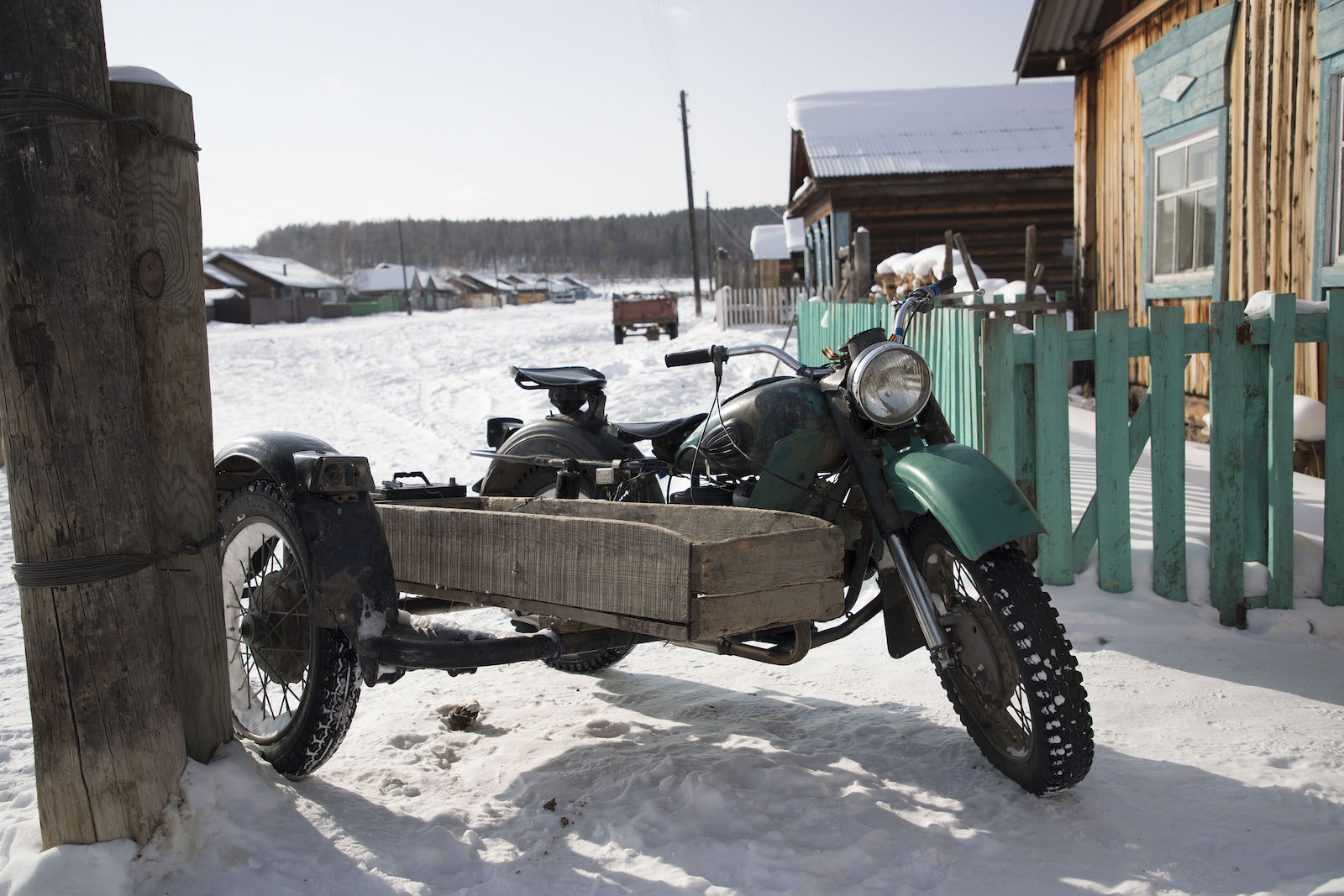 When we told him our intentions, he was shocked because the lake´s ice was full of crests. It would be really difficult to cross the lake. His words/hand signs (almost nobody speaks English in this area) concerned us a bit. But after a hearty dinner based on fish, we fell asleep still focused to reach our goal.

After a good breakfast the next day, we mounted the saddlebags on our Specialized Fat Boy bicycles and headed to the lake.

Dark ice welcomed us. What we felt while pedaling on smooth ice is hard to explain in words. Pedaling cheerfully and with a smile ear to ear we started our journey to the other shore of the lake. 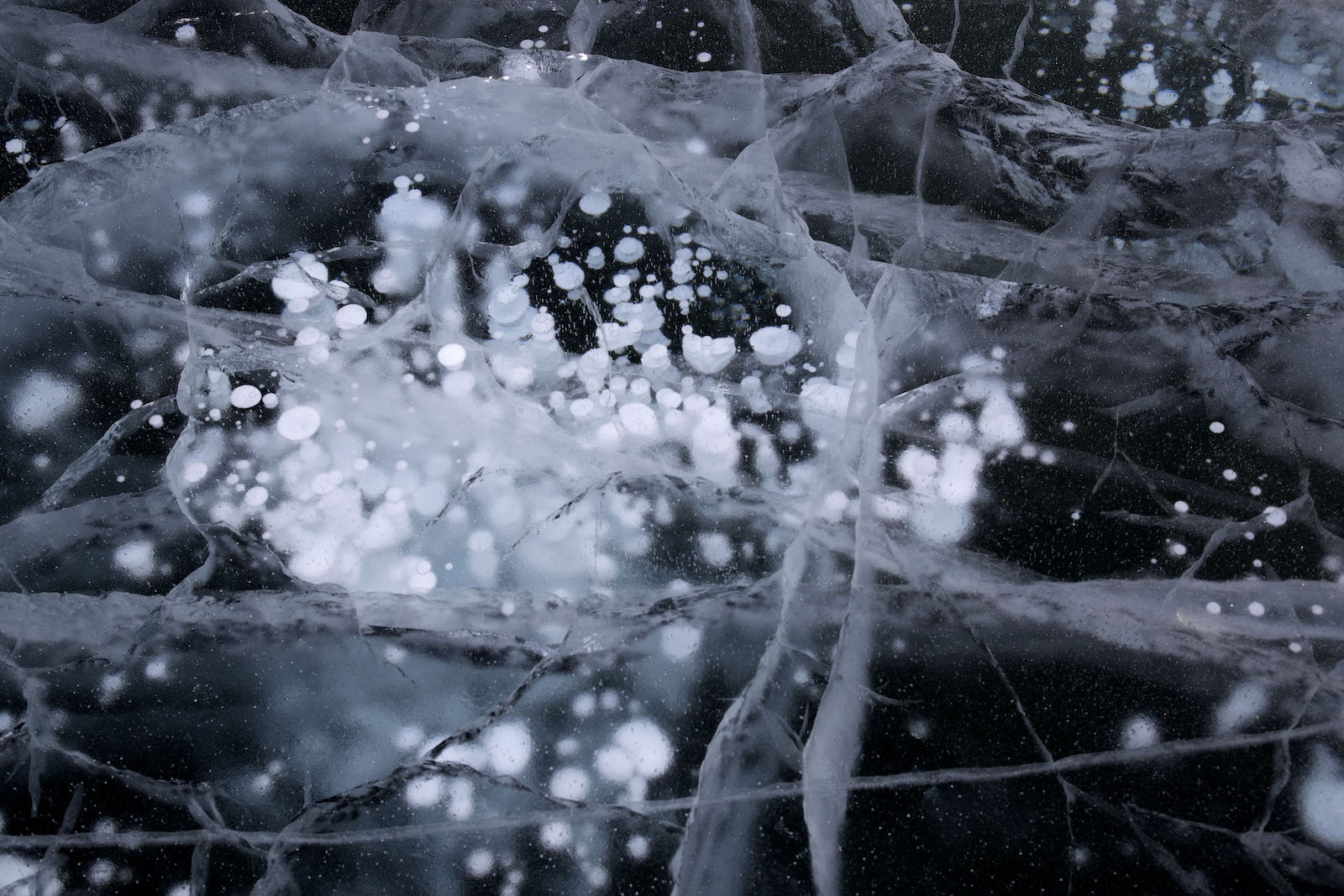 As we moved forward, small tongues of snow on the ice became larger and larger, this slowed us down. The wind became stronger so it was almost impossible to pedal. Our hands and feet have been fully frozen because of the coldness.

Hours passed by and the weather got worse. Slowly, Dani, Esteban and I were losing eye contact with Pep.

We decided to slow down so he could come back to us, but he couldn´t make it. After analyzing the situation, we decided to split the group. 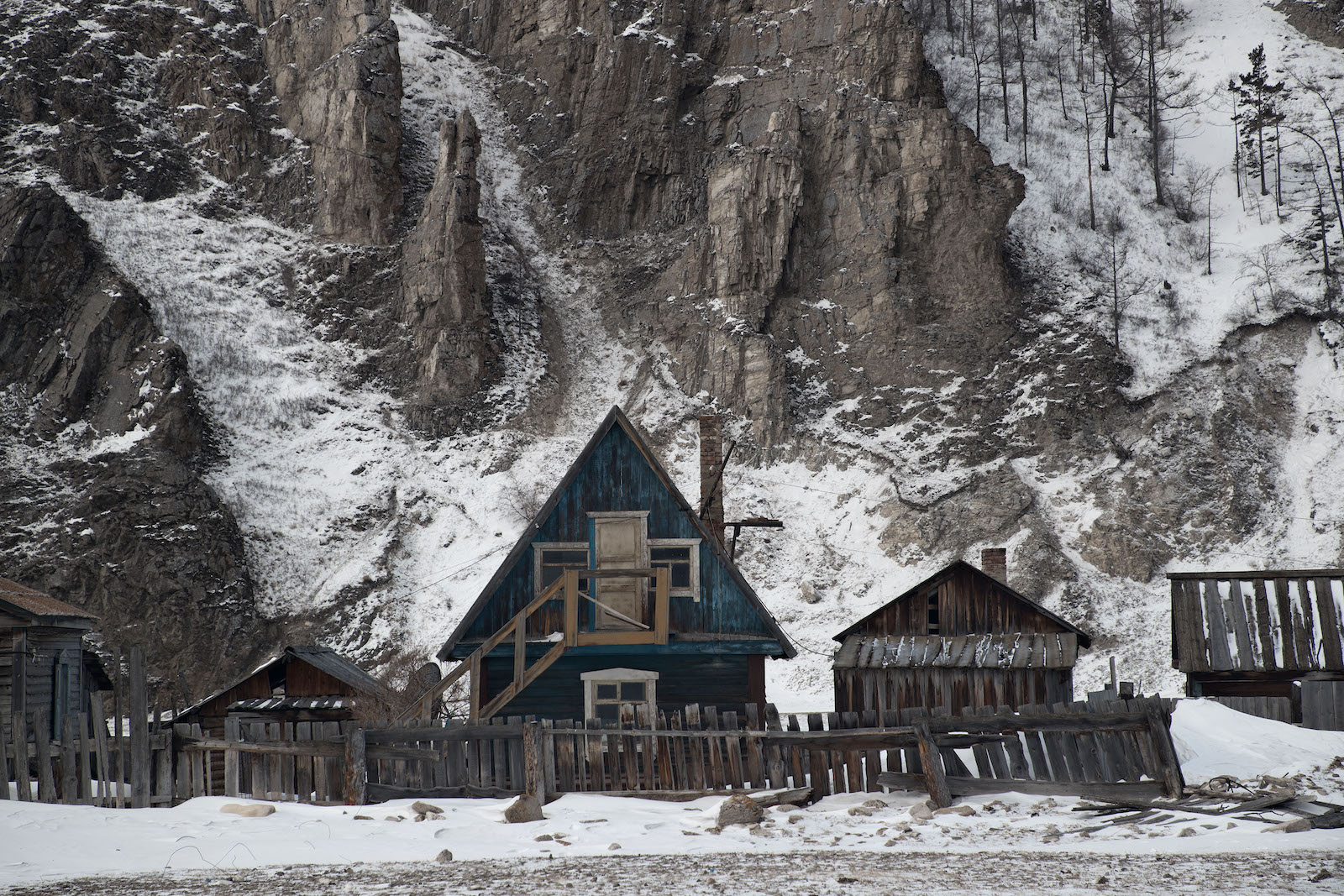 Esteban and Dani continued walking to the point we fixed for the first stop and I went back for Pep.

While they headed to the set point, I reached Pep. Hours passed by and the weather got worse so we decided to camp on the lake. Fixing the tent was like an Odyssey.

The wind whipped us up and left our cold hands insensitive. It became really difficult to mount it. Several minutes later, we managed to fix the tent and to prepare ourselves to stay overnight. Starving for food we melt some snow for our succulent dinner, lyophilized pasta. 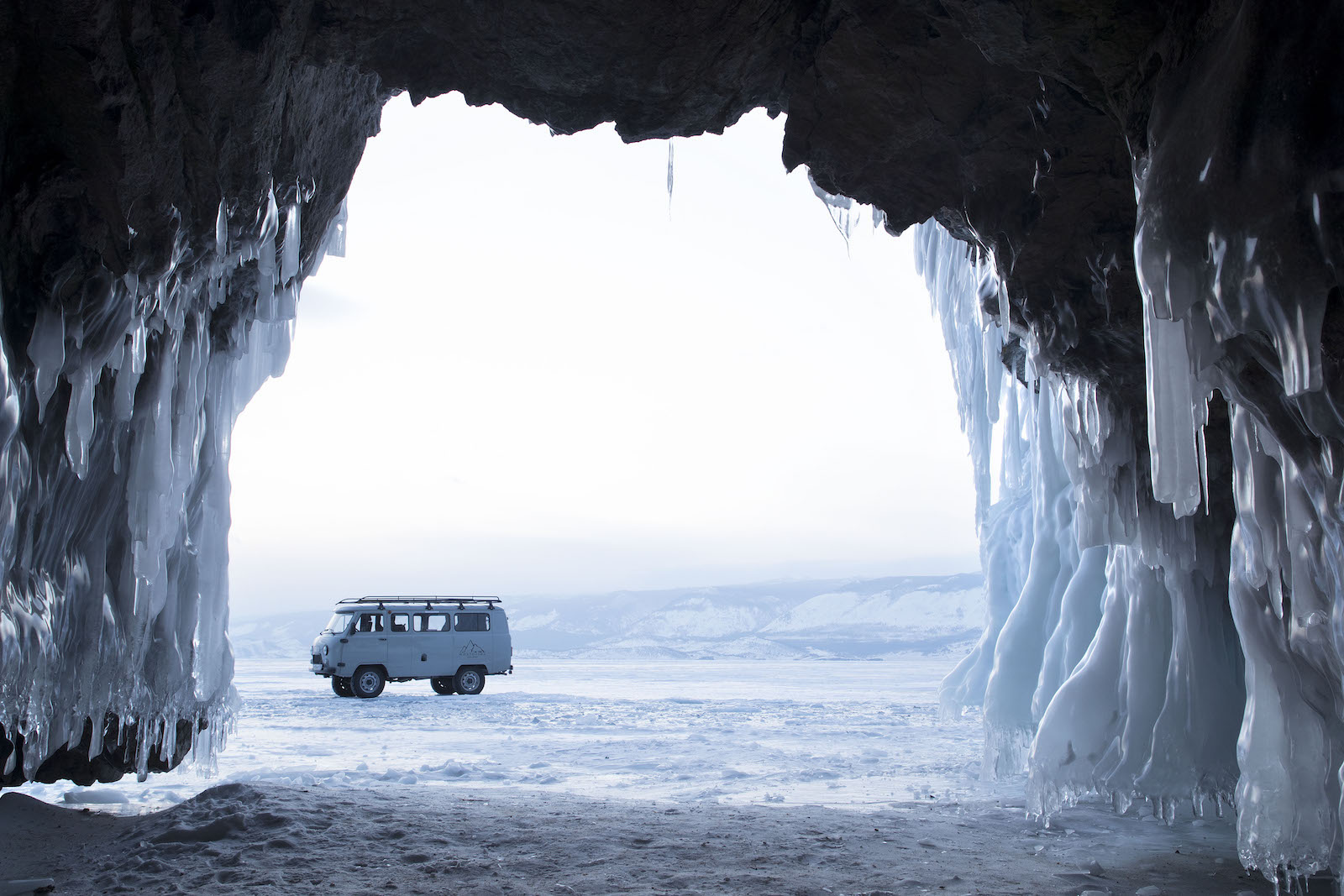 Meanwhile, Dani and Esteban arrived at the set point and camped behind a block of ice.

During dinner Pep and I discussed the current situation and conditions. The most reasonable solution was to go back to the Alexander´s House. We wanted to ask him if he can give us a ride to see our friends on the other side of the lake the next day.

We will never forget this night. The wind managed to pour snow in our tent and the rumble of ice bursting did not let us close an eye all night long. The next morning, we returned back to Barguzin. We were walking with GPS and hoping that Dani and Esteban would reach the same day the other side of the lake.

Midafternoon and already back at Alexander’s house we received an alerting message from our partners. Because of the cold, GPS and mobile phones weren’t working. They didn’t show the correct position anymore. Therefore our partners have strayed significantly from their route. They reached a small man’s cabin who told them their correct GPS position. After several calls and regarding to the lost days, we decided it is the best if they will also return back to Barguzin the next day, following the shoreline as reference to the north. 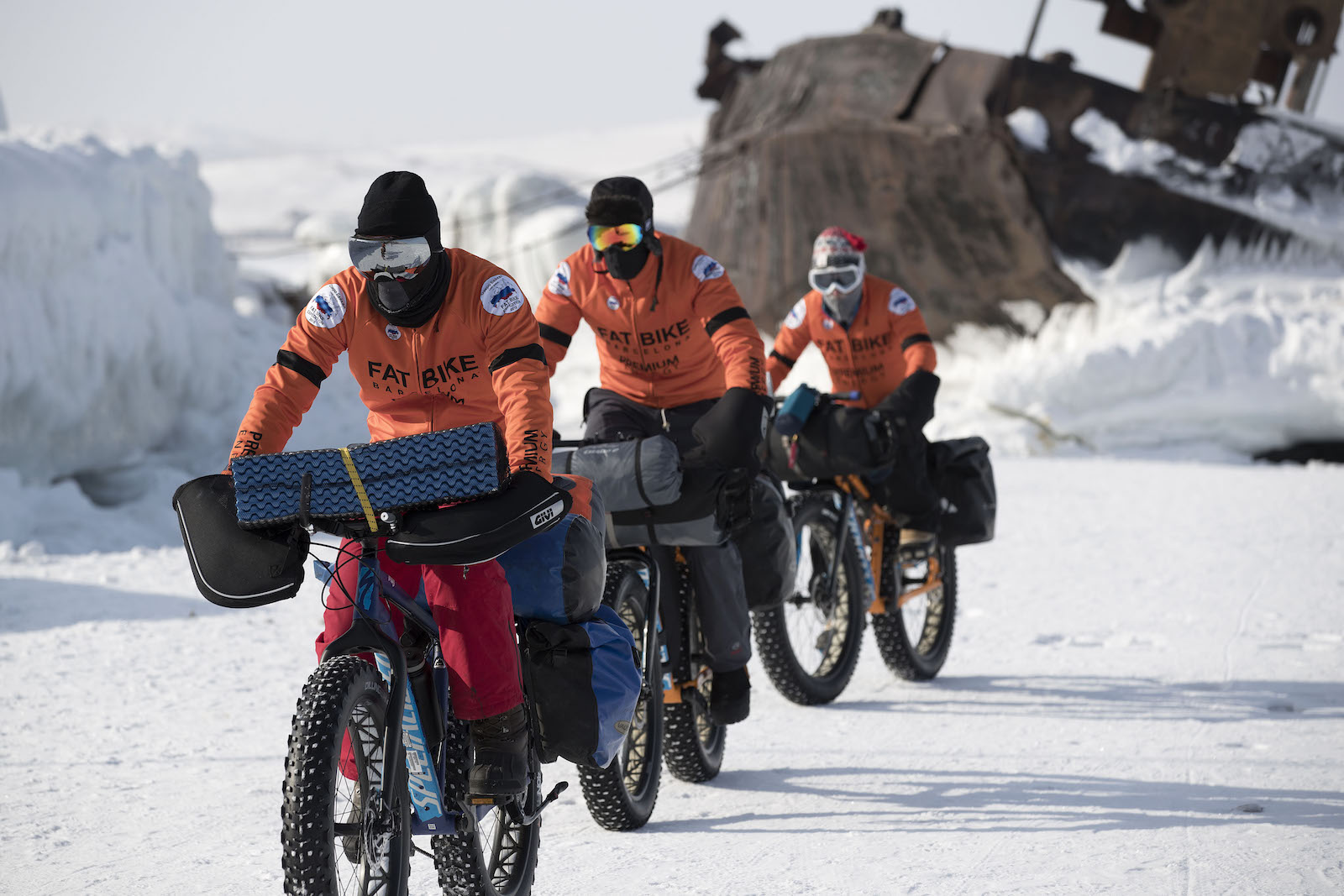 The next day Pep and I went down to the lake to wait for our partners. Soon we saw two silhouettes appearing from the fog, -those were our friends!-. After a few emotional hugs, we went back to Alexander’s home.

What should have been two days crossing the lake became five, so we had to rethink our route. We still had five days to cover 400 kilometers, insufficient time to complete the initial planned tour. After discussing for a couple of hours, we decided that Alexander would transport us with his van to the other side of the lake to Khuzhir. In Khuzhir we contacted Ilja, our guide. The grand route became a trip with small stops but not least spectacular. During this trip, neither knowing what we will encounter along the way nor what Mother Nature may have prepared for us, we realized that many times we do not win or lose, but learn. 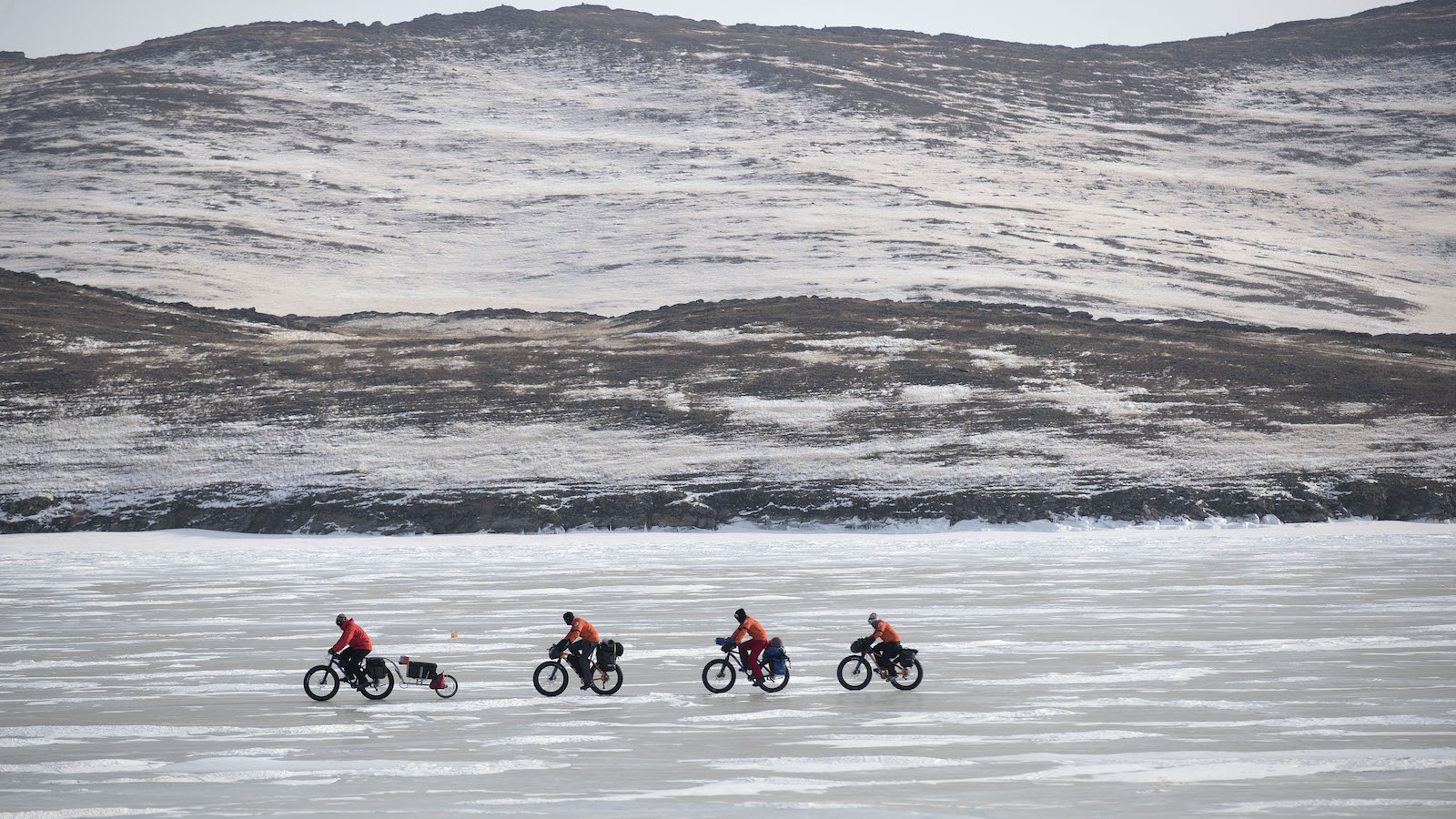 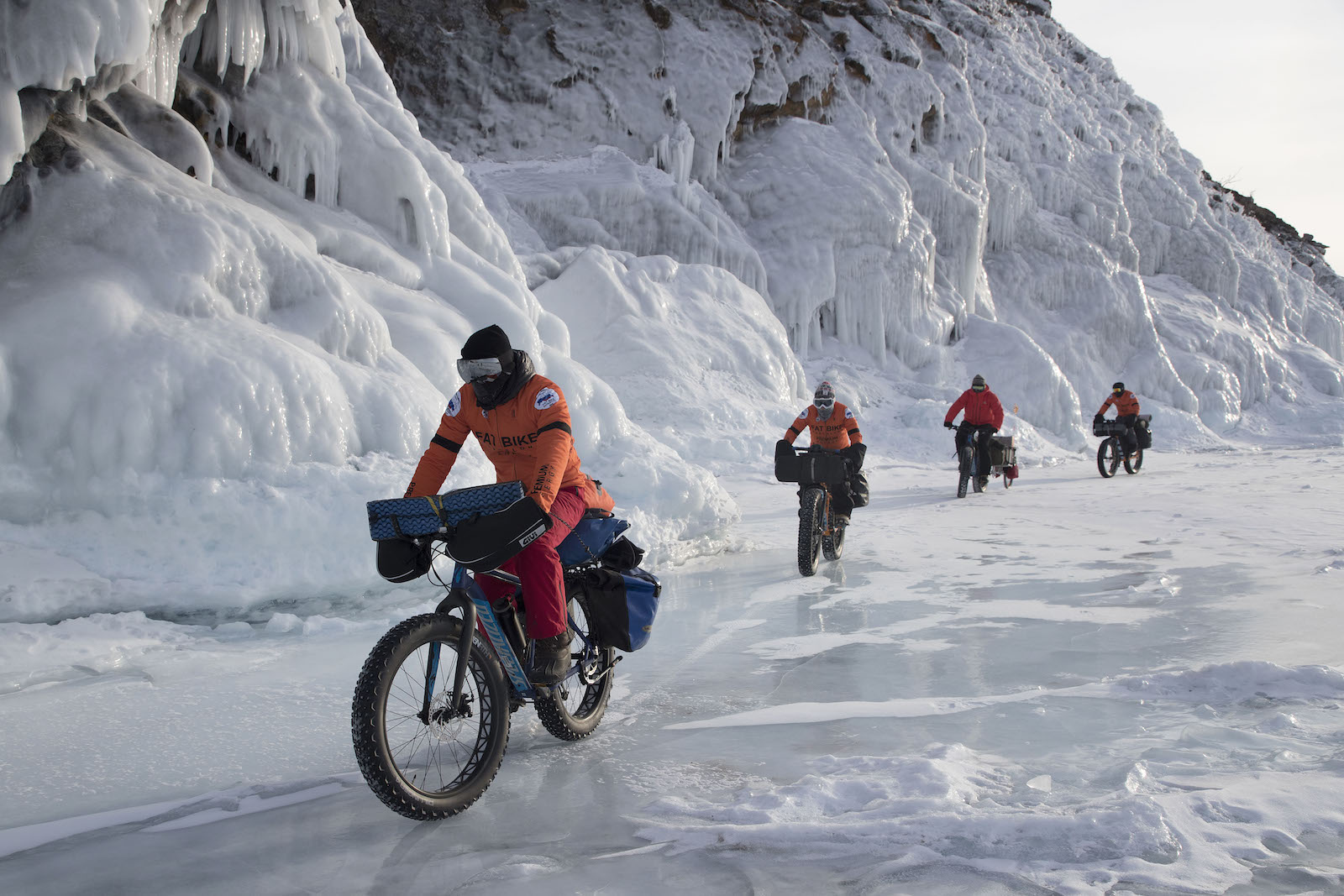 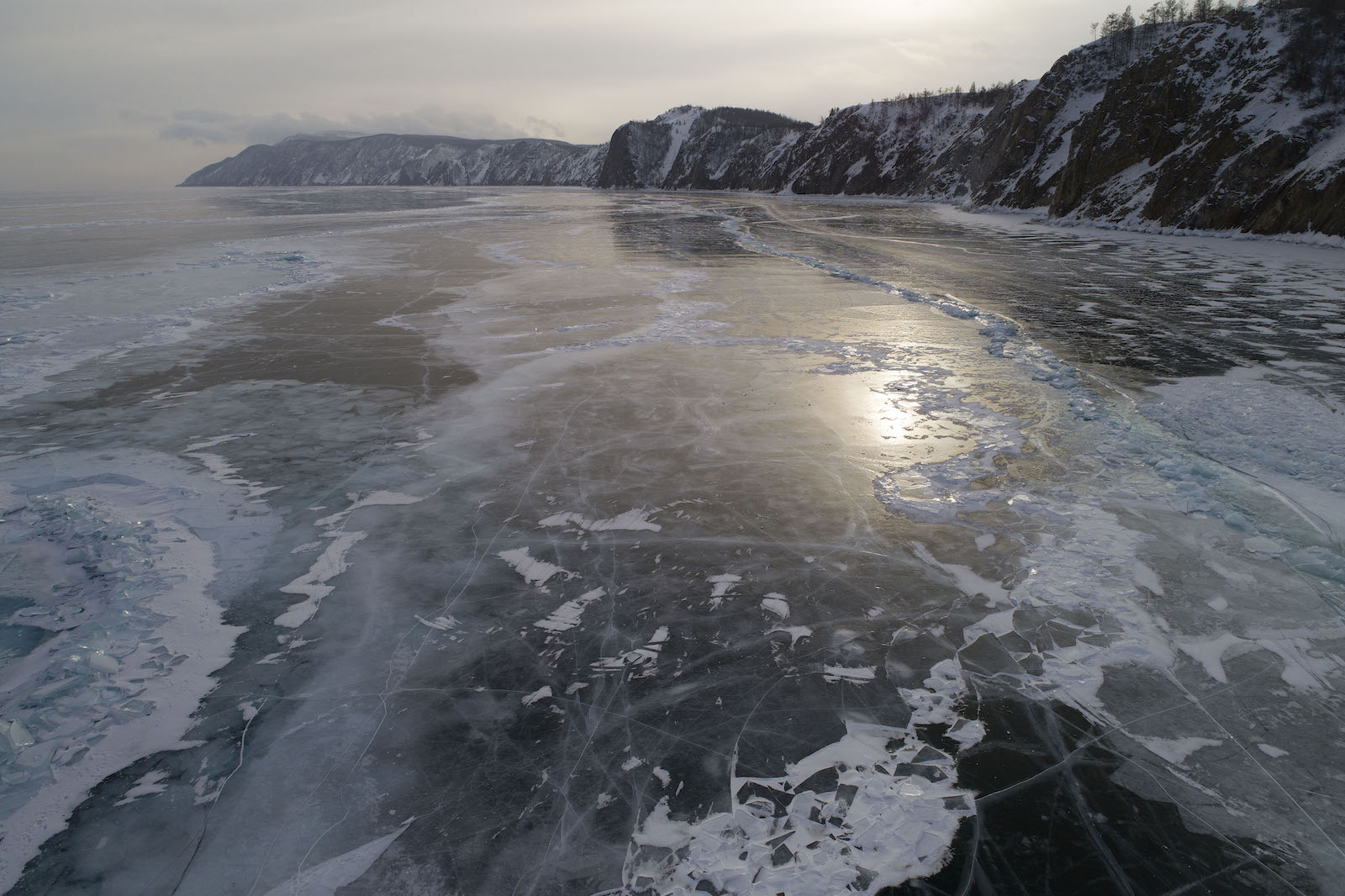 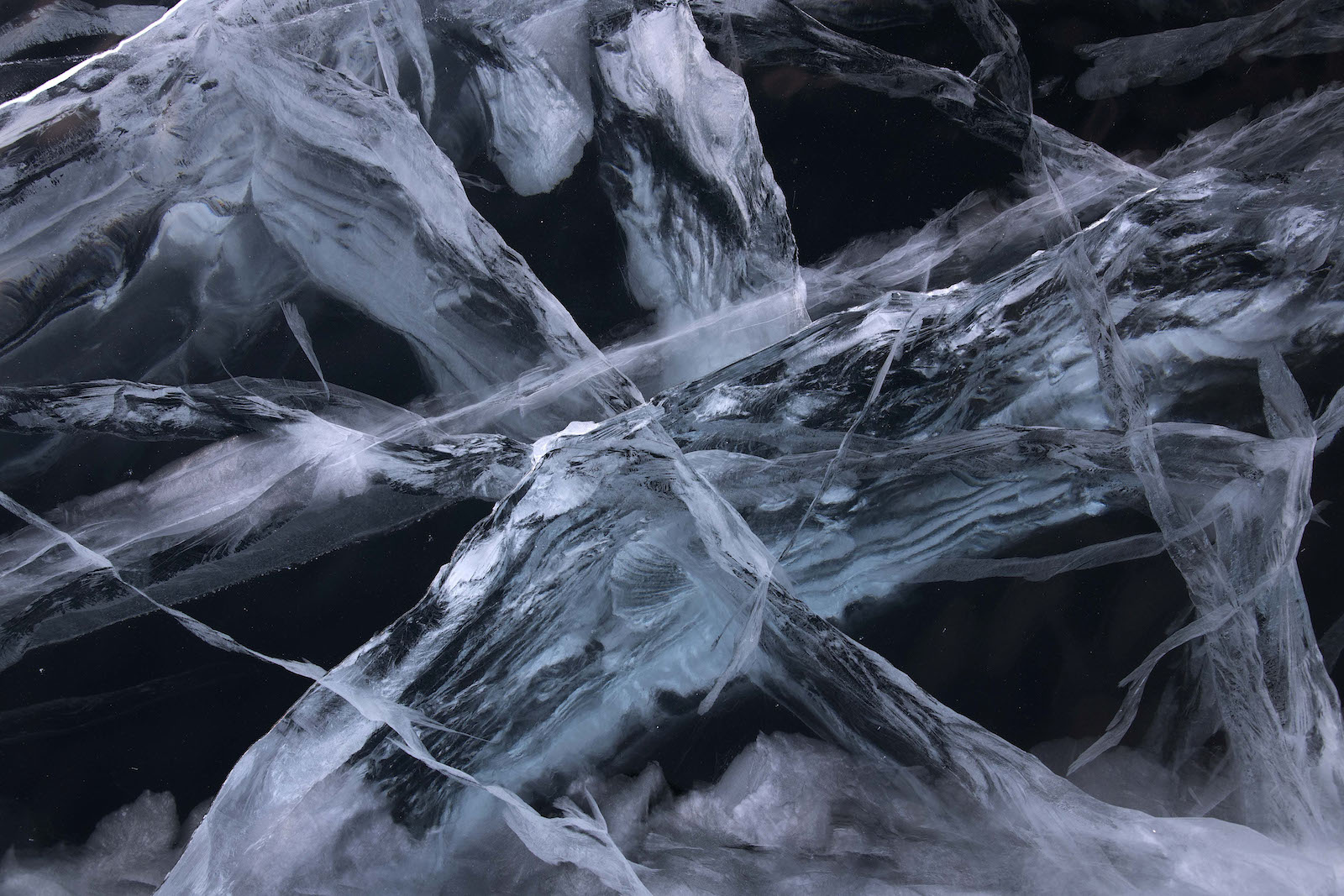 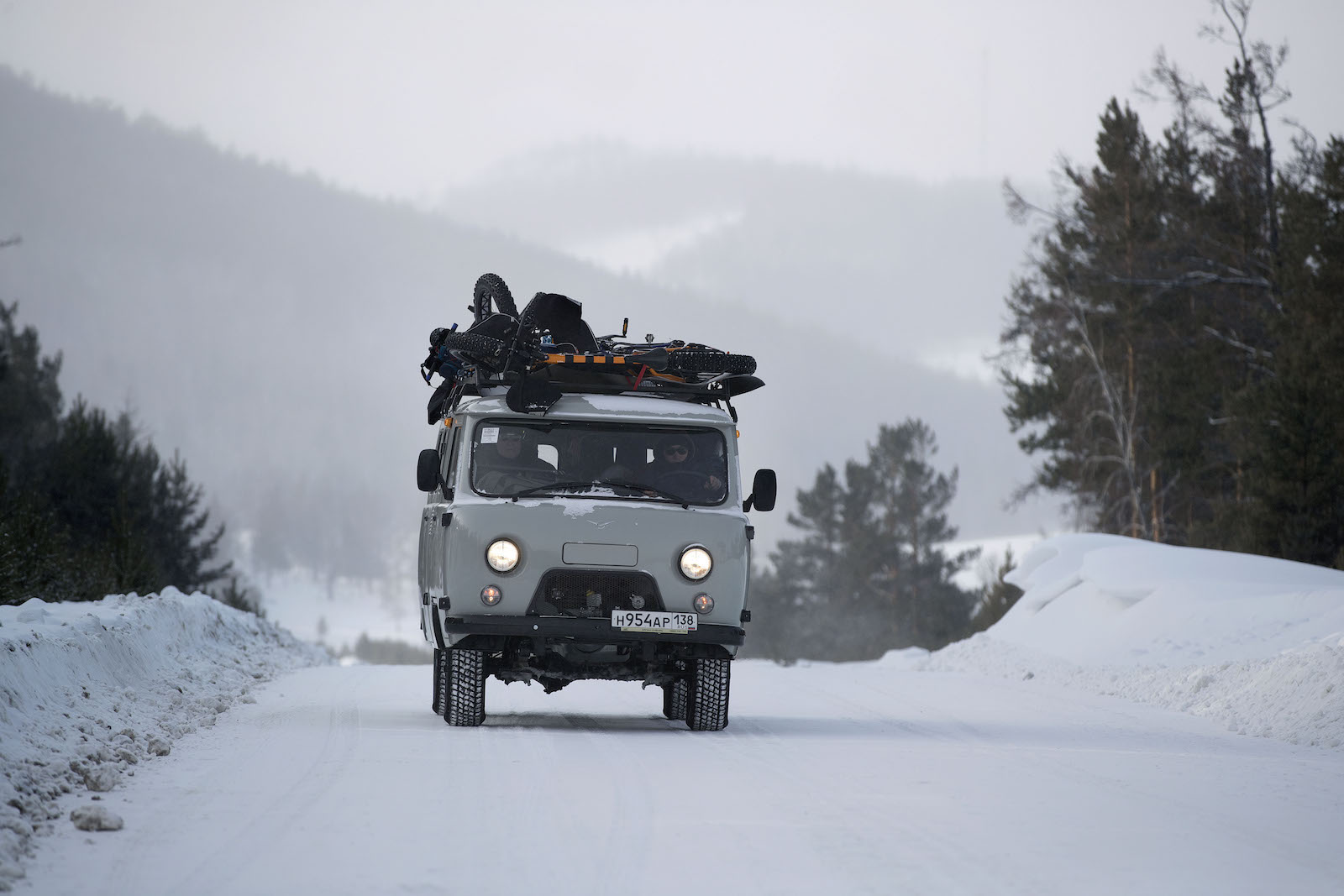 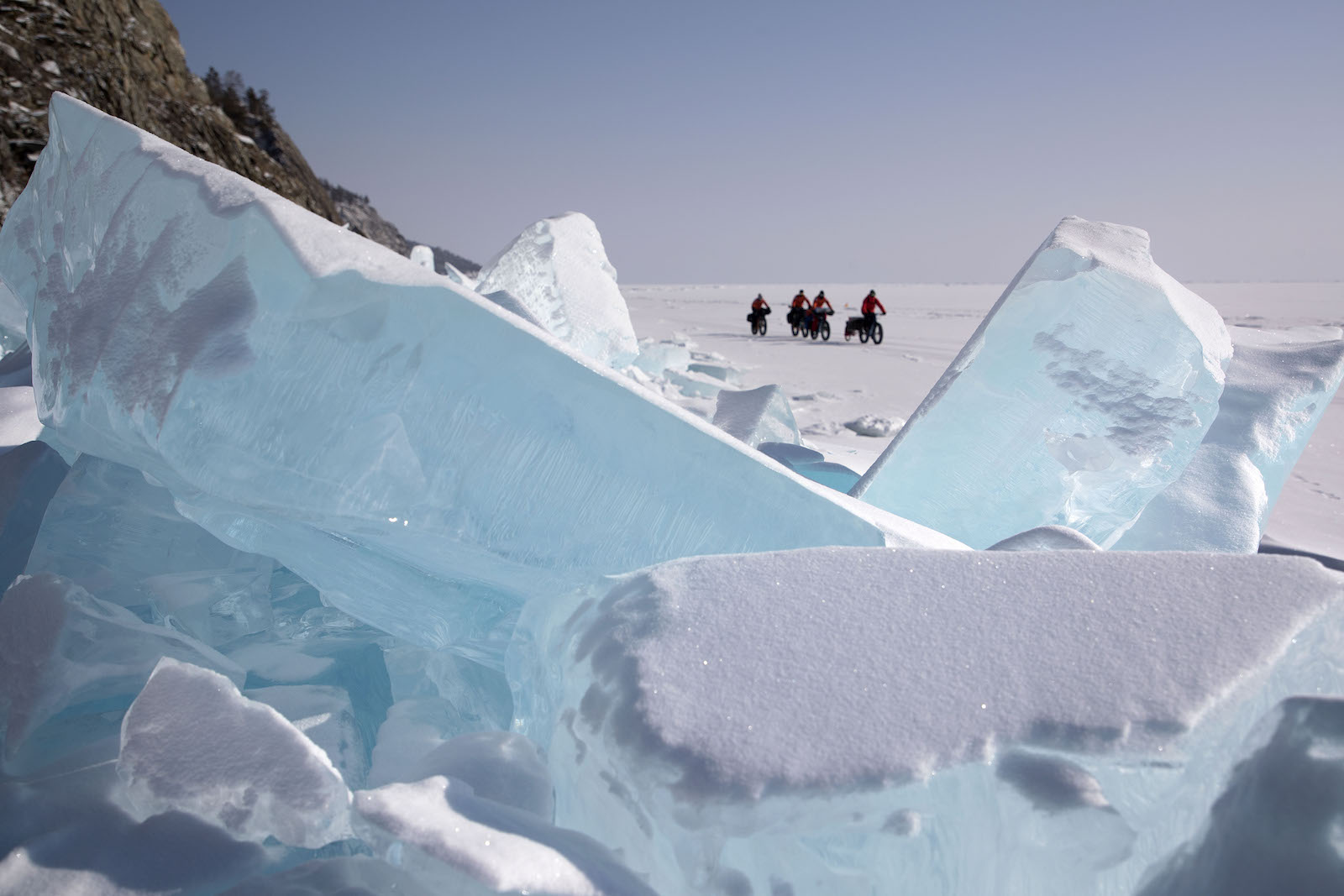 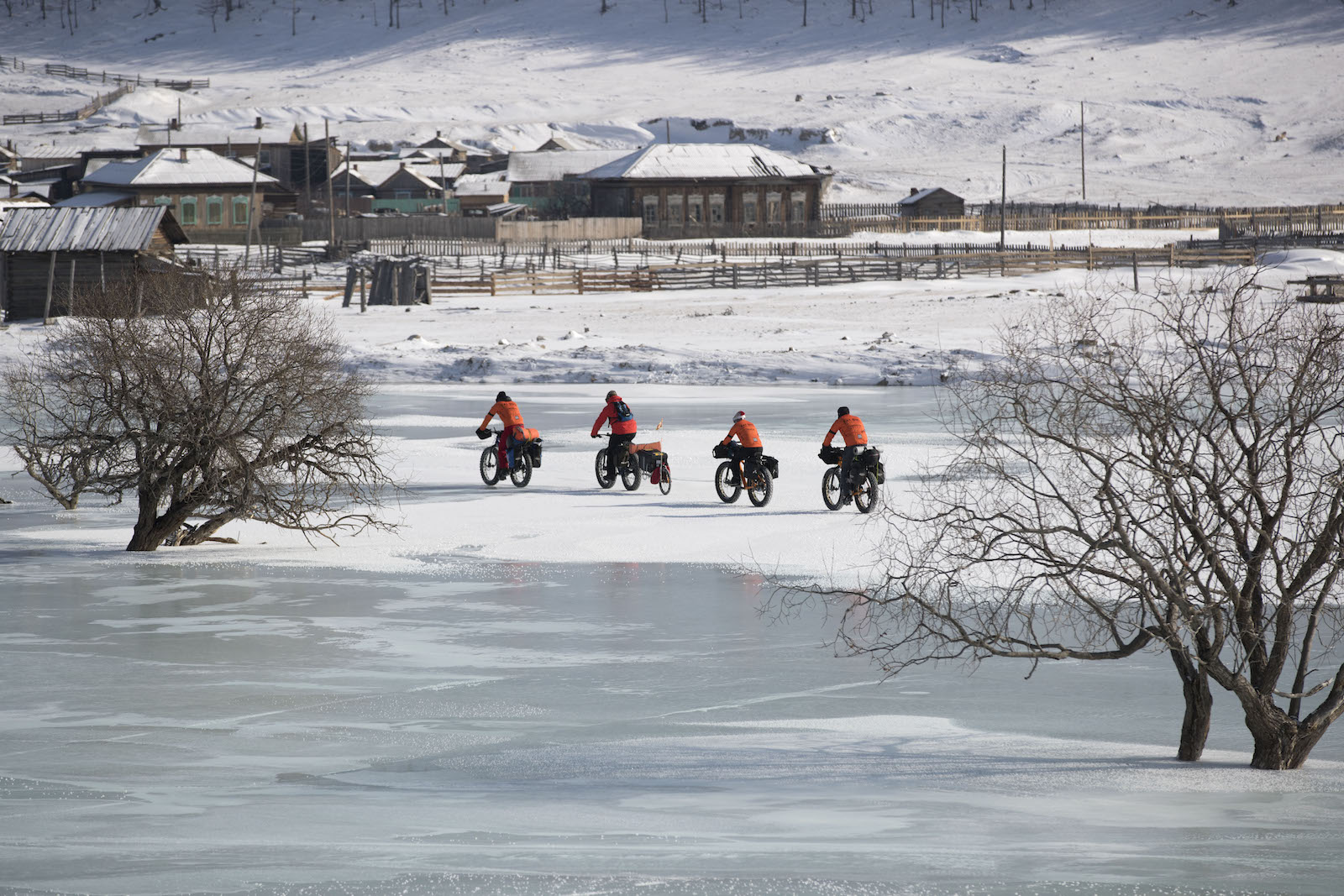 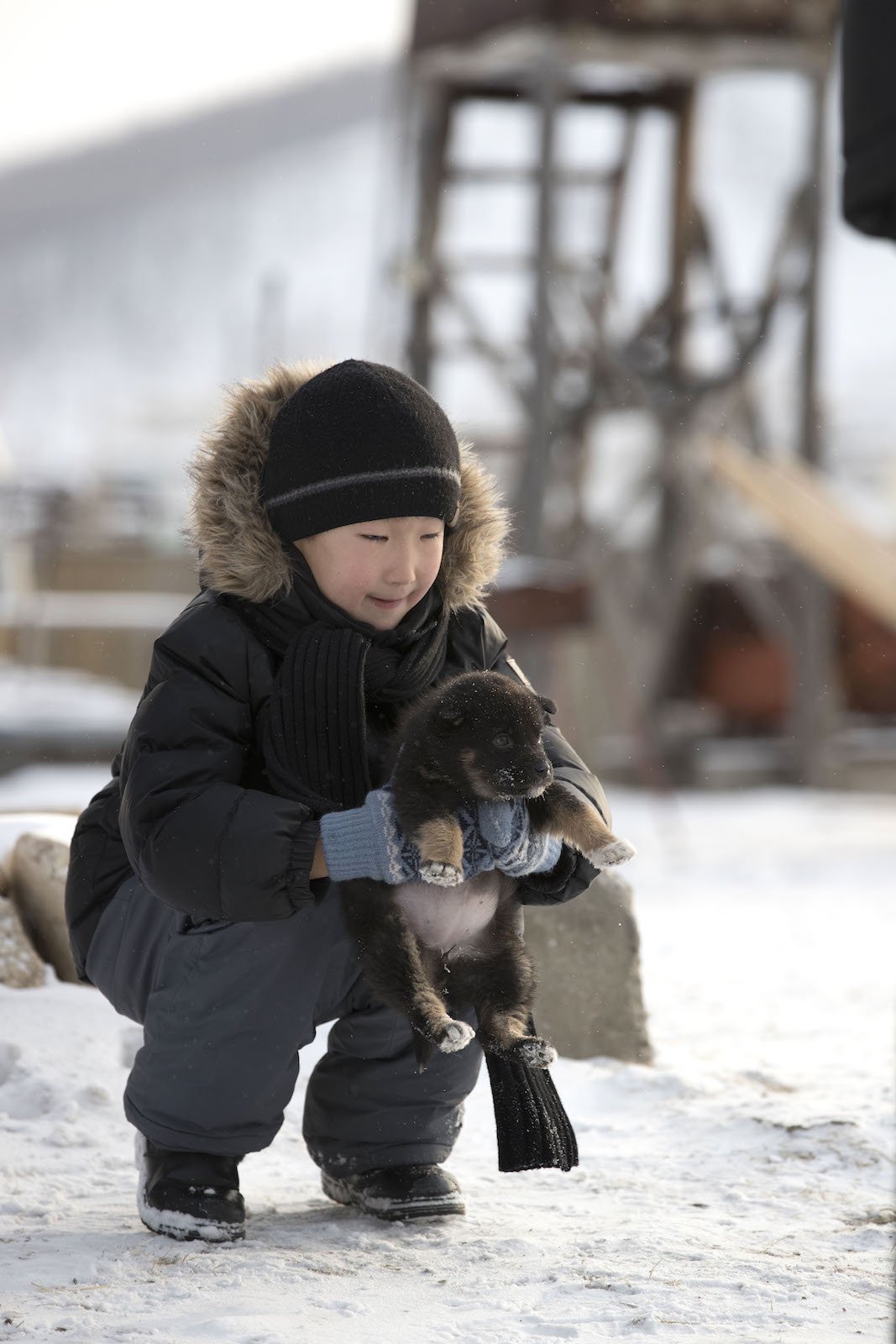 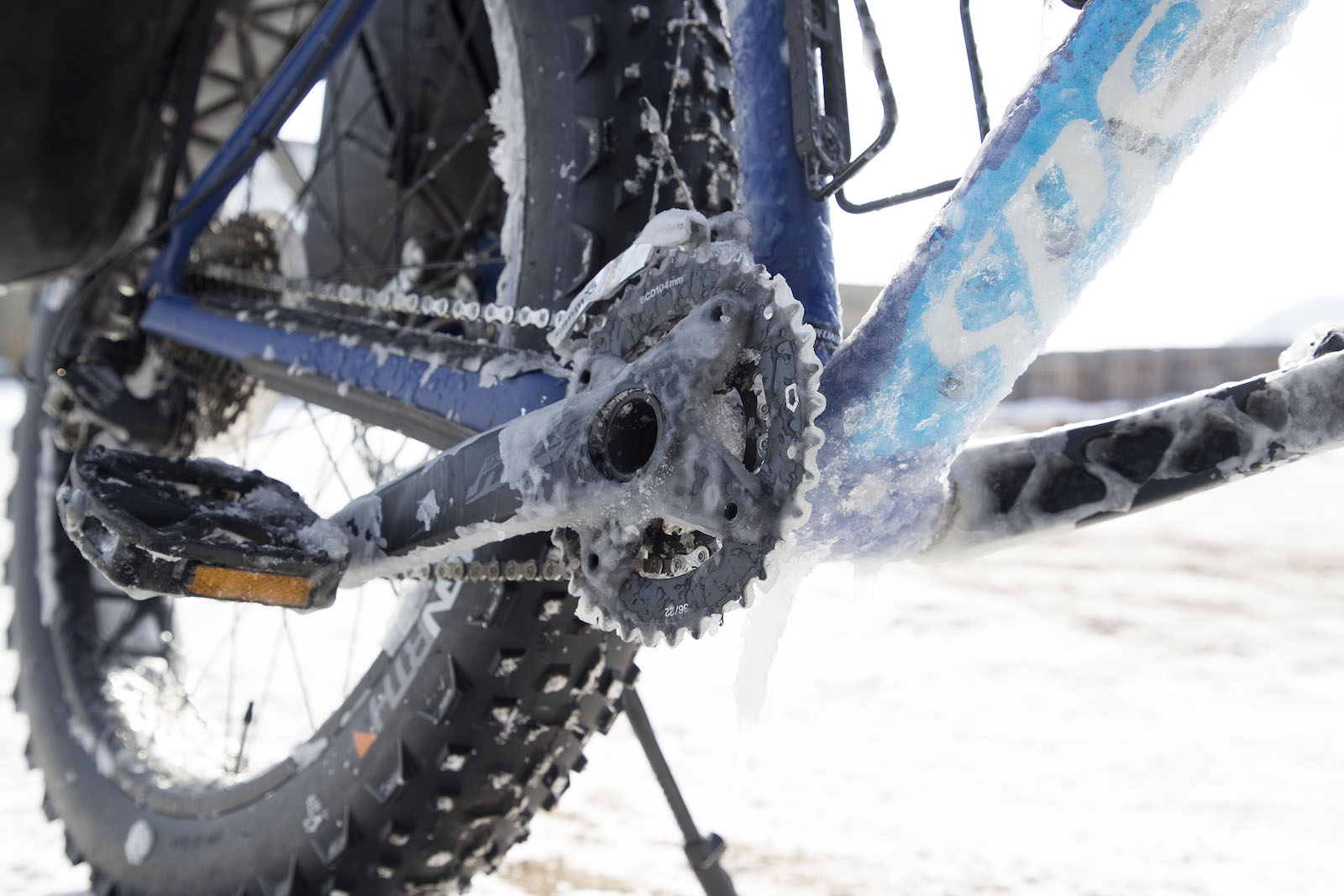