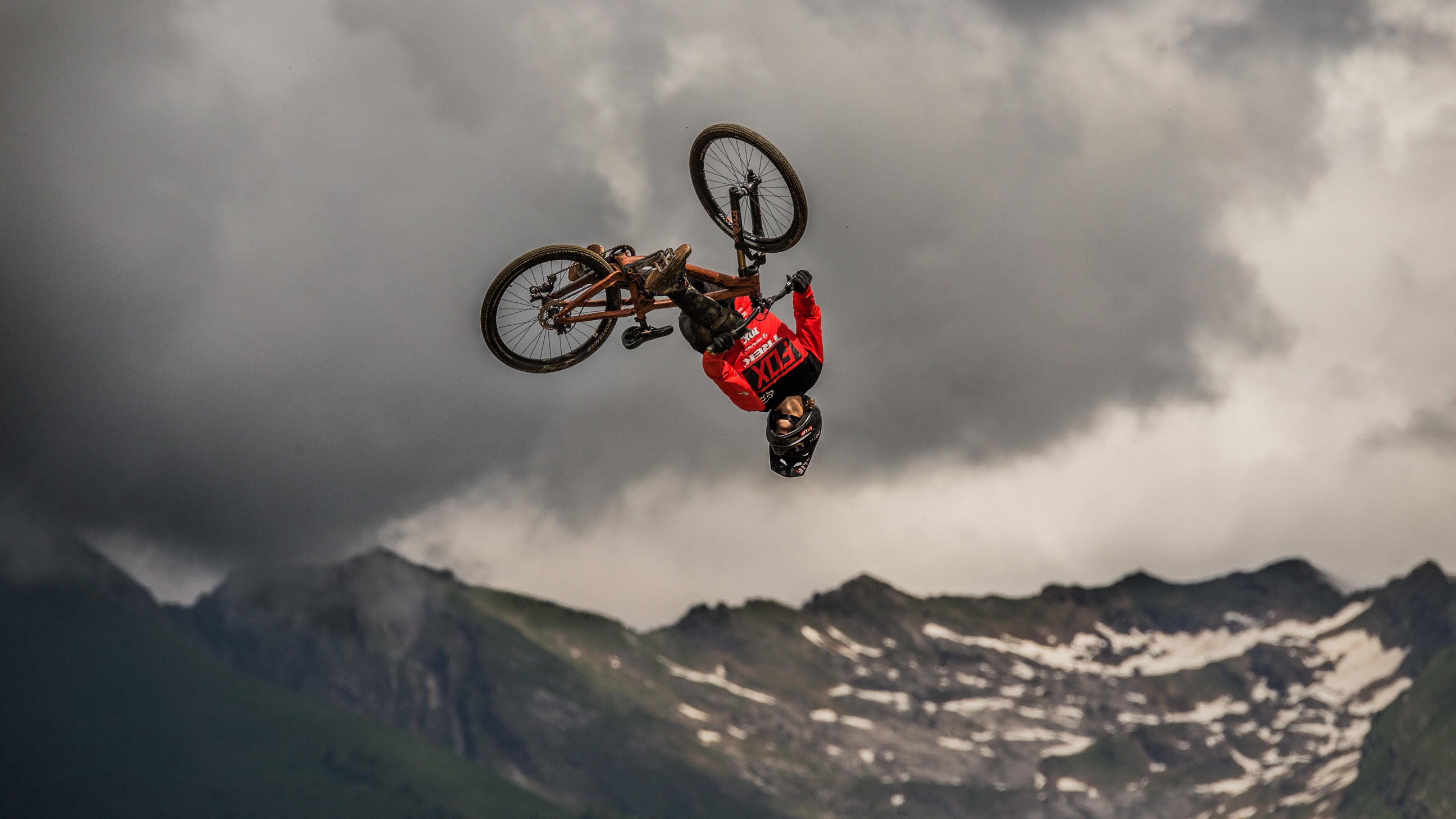 The judges did not consider this monstrous double back flip no hander from Toto worthy of the podium, but we’ll celebrate it with dignity, bravo Toto!

The press and the official video :

Continued rain opened a sweet opportunity for the Crankworx Les Gets Slopestyle where the athletes opted in for one epic best trick jam in lieu of a full competition.

From an oppo-cashroll to an oppo-Cork 720 to ‘The Twister’, the winning runs saw some of the top athletes in the world throw down before a sincerely grateful crowd of fans who braved a sloppy hillside to see their heroes in action—and the athletes truly showed their appreciation.

“I think it was like a blessing in disguise because someone would have gone down. You can see both the riders who came first and second on one of their runs went down, so I’m happy that we cancelled it,” said Brett RHEEDER (CAN), author of an oppo-cork 720 that put him in third place.

Long the key rival of the man who is arguably the top Slopestyle rider of all time, Brandon Semenuk, Rheeder said he wanted to compete and he wanted the points the competition offered—but it wasn’t worth the risk. He opted instead to show off the new oppo-trick he honed for the last Crankworx stop, Rotorua, New Zealand, which anchored an impressive run just shy of being clean enough for the win.

Nicholi ROGATKIN (USA), meanwhile, went all in on his impressive new trick of the year: The Twister.

In a moment totally unrelated to weather, he misjudged the speed needed to execute the epic 1080 rotation on the final booter heading into the finish coral and found himself standing atop the jump staring down at the crowd, unscathed, though he had crashed out.

“I kind of stood there after I just landed on top because I was kind of in disbelief. I couldn’t believe it had just happened. My shoulder should have gotten ripped out or something because it was such a harsh landing, but it was so crazy that I just stood up there like that,” he said.

Watching the crowd roar from the top, Rogatkin seized the energy of the surreal moment and delivered on the final run, landing the final Twist and leaping into the air. 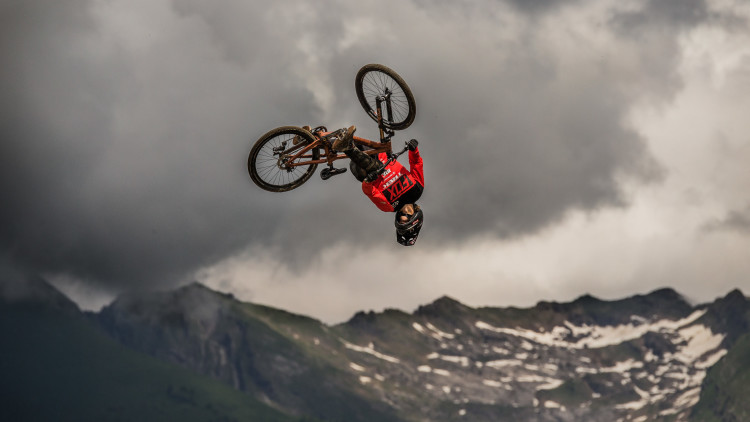 As the announcers put it, Rogatkin is the poster child for progression in Slopestyle right now, but he does have an Achilles heel: his athleticism outstrips his style. Heading into Joyride, at Crankworx Whistler, he will be working as hard as he can to improve the whole package.

“It’s not just about the tricks. It’s about being on my bike as much as I can and handling the pressure. When you’re standing at the top of the biggest contest in the world and you have to do all your biggest tricks in the same run, it has to be about the whole thing. So I’m definitely going to be working some secret tricks,” he said.

Szymone Godzeik proved the sleeper performer of the contest. While he didn’t podium, he certainly impressed with a backflip cliff-hanger.