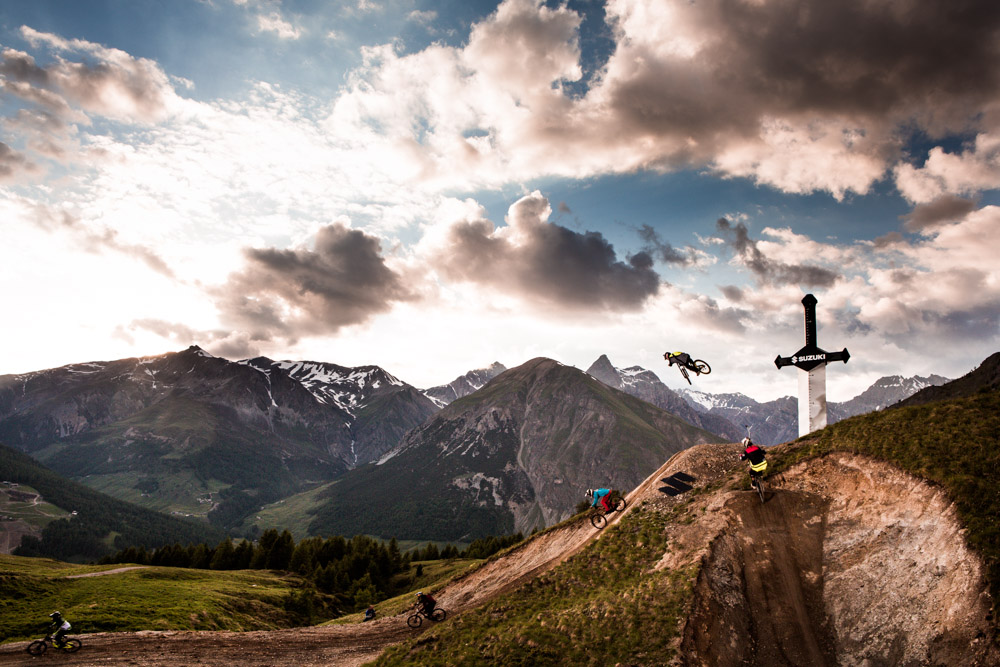 Who will be riding at the Suzuki Nine Knights MTB 2015?

Who will be riding at the Suzuki Nine Knights MTB 2015?

Who will be riding at the Suzuki Nine Knights MTB 2015? – Find out who bagged the “Become a Knight” wild cards.

Livigno (ITA), August 19th, 2015 – The 2015 Suzuki Nine Knights MTB round table is now set, complete with big name freeriders and three “Become a Knight” wild card winners. The course build is well on its way, the huge main kickers with its two reverse transitions rising above the Livigno valley, and the trail features, such as the mini-skate ramp fast emerging. Some serious airtime and fun riding is ahead for the week of the 31st of August to the 5th of September 2015 when “Il Castello” on Mottolino Fun Mountain will see many photoshoots and the Big Air contest.

This year is no exception and the riders list is stacked with mtb extraordinaires such as Brits Sam Reynolds and Sam Pilgrim returning along with Geoff Gulevich (CAN), Szymon Godziek (POL), Peter Henke (GER) and Yannick Granieri (FRA). To our delight Sweden’s Martin Söderström, who last year was awarded “best trick” with his triple tailwhip, is planning his return after a long rehabilitation period. Appearing for the first time at the event is Nicholi Rogatkin (USA), a rookie stirring it up on the FMB World Tour, with a fresh Joyride podium under his belt he is one to watch out for. Newly knighted are additionally Rampage legend Kelly McGarry (NZL) and KC Deane known also as a freeski pro. Event host Andi Wittman (GER) will be participating from the side-lines due to injury. 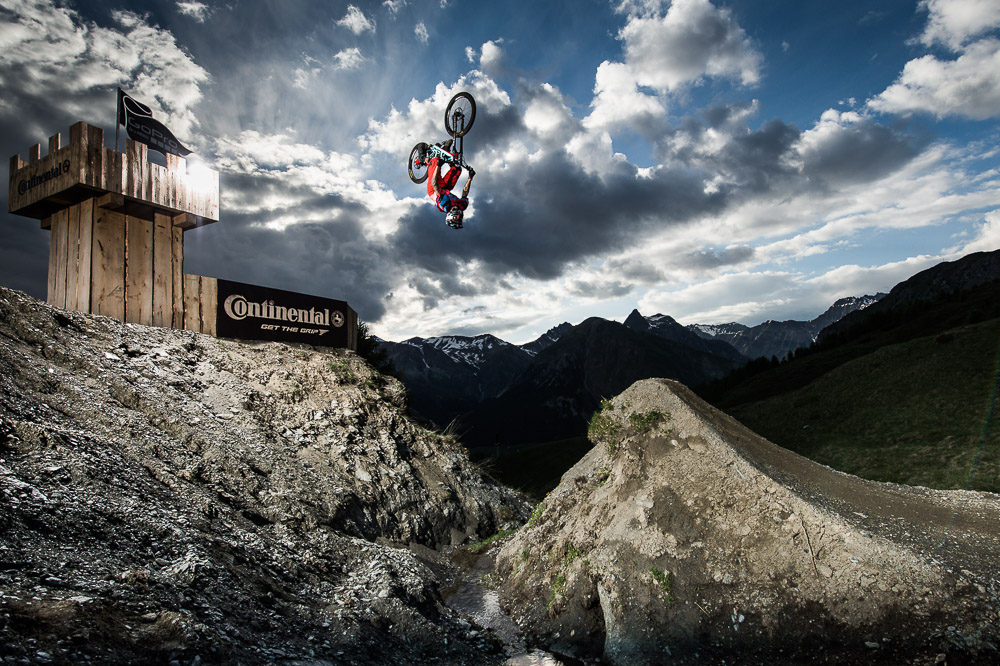 The “Become a Knight” video contest wild card winner are …

The choice was tough for the judges with nearly 30 video entries. In fact, with such abundant high level riding seen the decision was made that three riders will be joining the week-long session: the Italian trickster Torquato “Toto” Testa, Adolf Silva from Spain and Blake Samson from the UK. Additionally, the judges decided to invite some of the outstanding riders to join the Big Air Competition. Join us to watch Bartek “Jaws” Krzyszton (POL), Loek Quadflieg (NED), Eric Walenta (AUT), Daniele Ferri (ITA) and Mauro Toffaletti (ITA) compete with the rest of the knights on Saturday 5th of September. 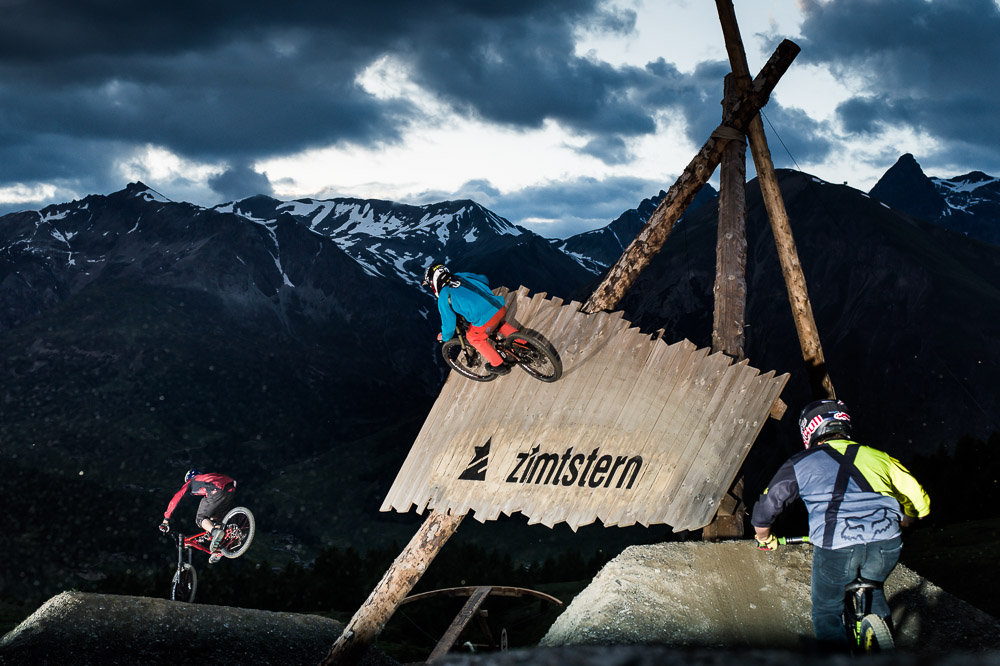 Livigno is famous for a great range of winter sport activities and its breathtaking nature, earning it the nickname “Little Tibet”. Its unique mountain scenery is also perfect for a variety of biking sports in the summer. The spectrum of trails around Livigno features something for everyone: cross-country, all mountain and downhill riders can choose the perfect biking challenges. Road cycling athletes also choose Livigno for altitude training (1816m a.s.l.) and a total of 3,200 km of mapped trails and GPS-tracks can be discovered in the surrounding area. The bike park is not only well- known among the gravity sport fans because of the UCI Mountain Bike World Championships in 2005, but also for a large range of different freeride tracks. Down in the valley, the town centre of Livigno offers 250 tax-free shops.
  
 Located right in the heart of Europe. Livigno can be easily reached by car or train and bike hotels provide individual services for all bike fans and vacationers.

Mottolino is well known for its dedication to FUN and its willingness to offer top quality service. The Bike Park has been among the first ones opening in Italy and it’s very well known for the large variety of freeride tracks. At Mottolino bikepark riders can find anything they’d like: 12 trails for all abilities, a jump area with structures for any level and a north shore area with wooden platforms. For any other information check the website www.Mottolino.com oder auf Facebook

The Suzuki Motor Corporation is based in the Japanese city of Hamamatsu, and is the world’s leading supplier in the minicar segment. In the 2013/2014 business year it produced 2.86 million vehicles worldwide. The Corporation employs 51,503 people globally and sells its products in 196 countries and regions.

In the 2013/14 business year, the company turned over 2.94 billion yen (€20.7 billion*). With an operating result of around 187.7 billion yen (€1.31 billion*), the Suzuki Motor Corporation saw a 29.9 percent rise in its profits over the previous year. Global sales amounted to 2.66 million cars in the 2013/14 business year. Suzuki maintains 35 main production facilities in 24 countries and regions.
Suzuki’s ‘Way of Life!’ represents the global brand-attributes of enthusiasm, down-to-earthness, quality, sportiness and team spirit. These values express themselves in innovation, products tailored to customer needs, and an impressive set of core expertises including in the offroad and AWD fields, based on a company history stretching back for more than a century.