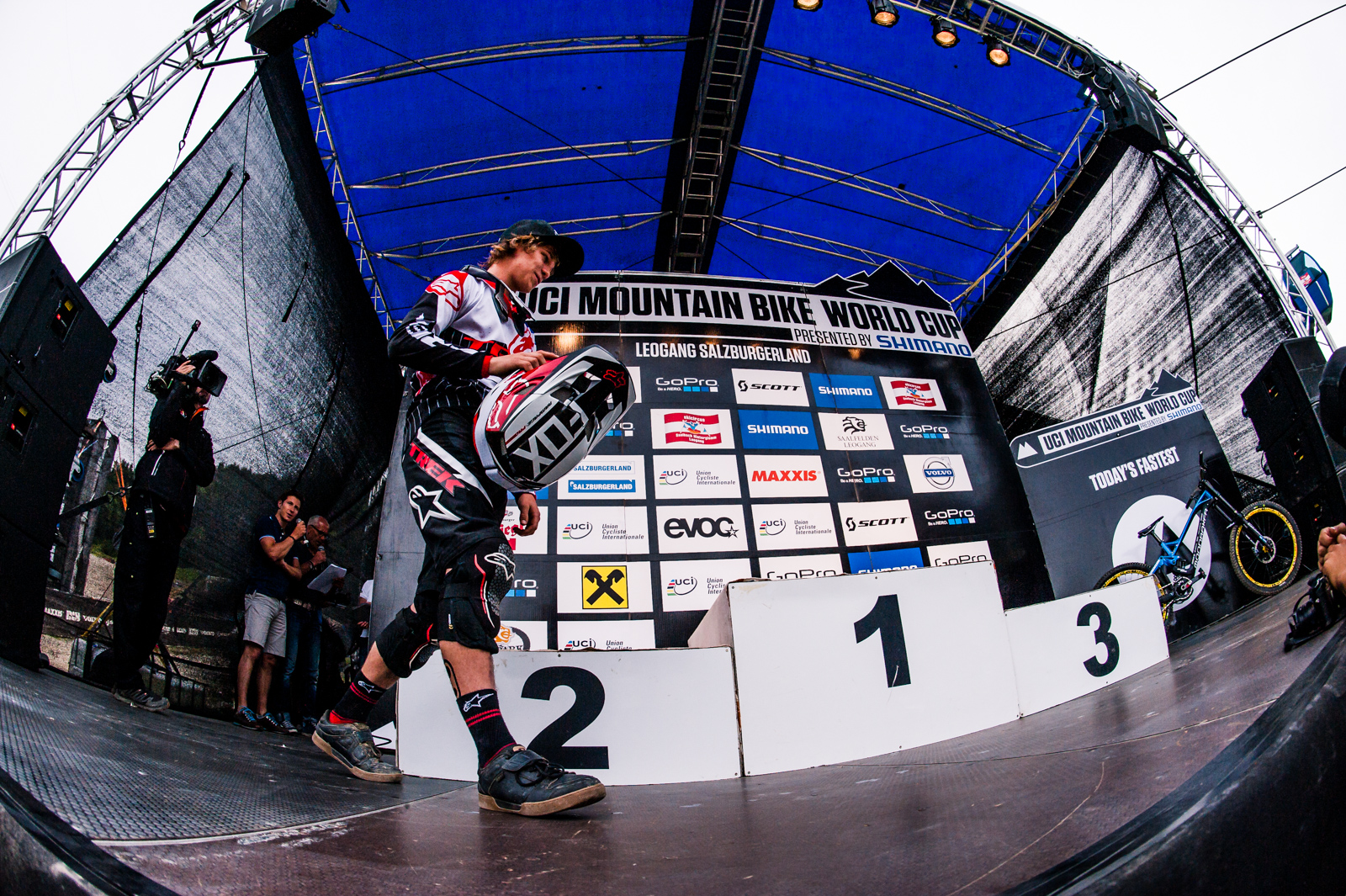 Photos and Words by Nathan Hughes

From the deep sea of talent on the World Cup downhill circuit, to make a name for yourself and stand out from the pack is no small challenge. For three young guns, Mike Jones, Innes Graham and Laurie Greenland, the future looks more than bright and they have already begun their quest to leave a lasting impression on the international race scene. Going head to head with their heroes has become nothing more than business as usual and despite an ever-expanding sponsor list, each one of them is shrugging the pressure to climb the ranks and become the household names of downhill that they always dreamed they could be. What the next years have in store for the trio is anyone’s guess, but determination and hunger for silverware and World-titles will be no problem. Time to find out more from the young senders themselves… 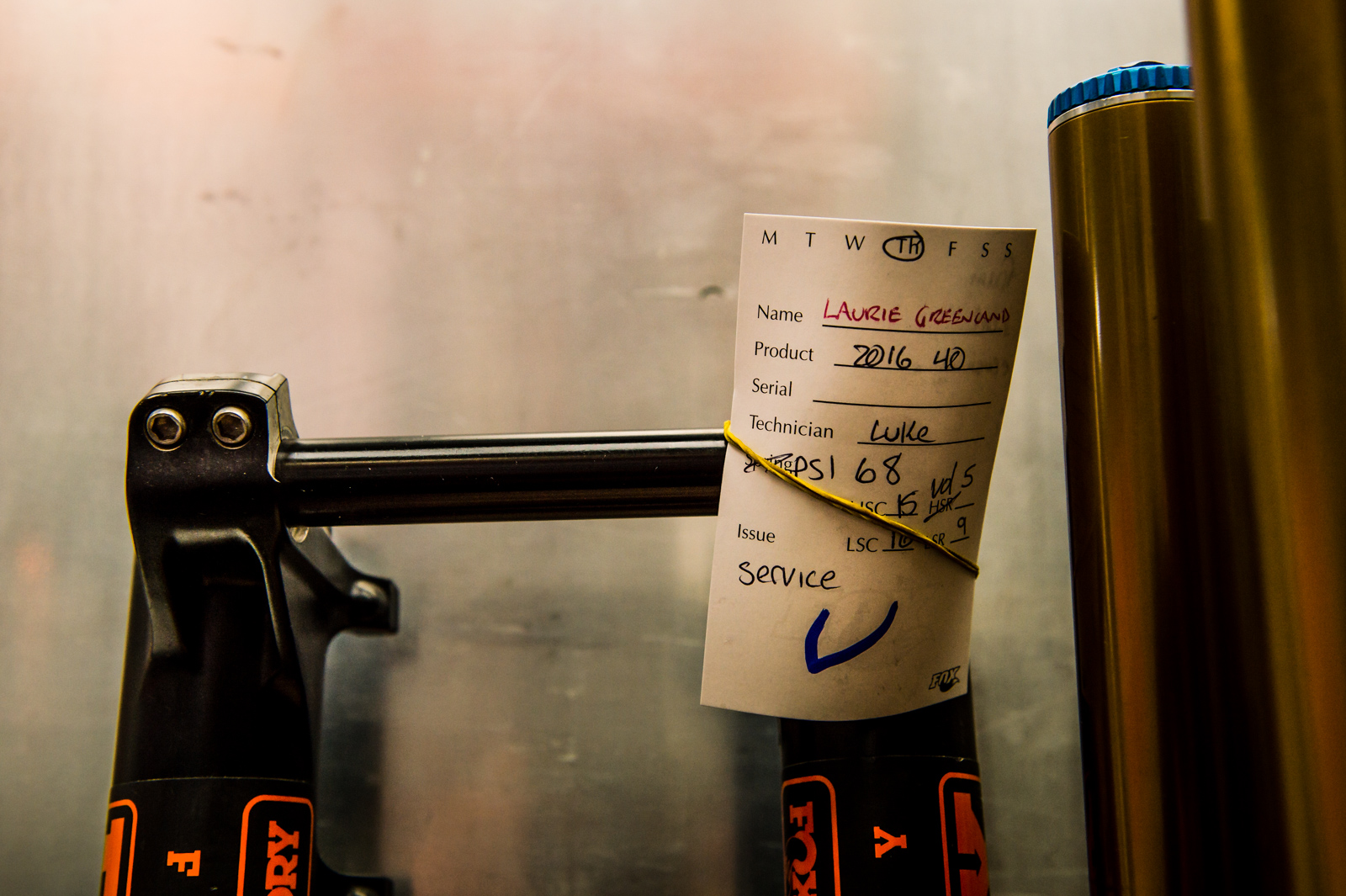 Greenland’s fork fresh from servicing amongst those of the big names he’s looked up to all these years growing up. 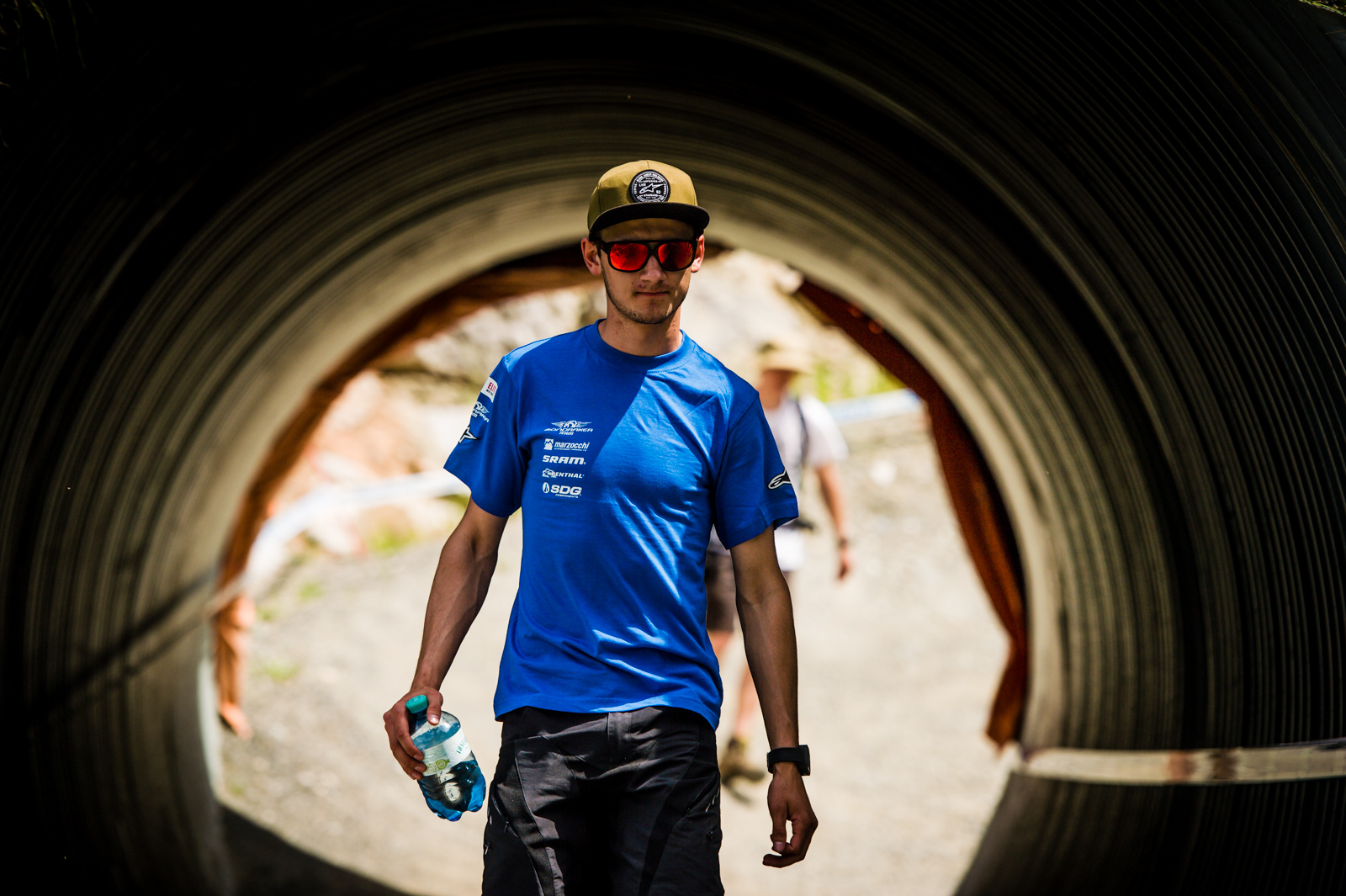 Innes will be out with a shoulder injury following Lenzerheide, but see light at the end of the tunnel. 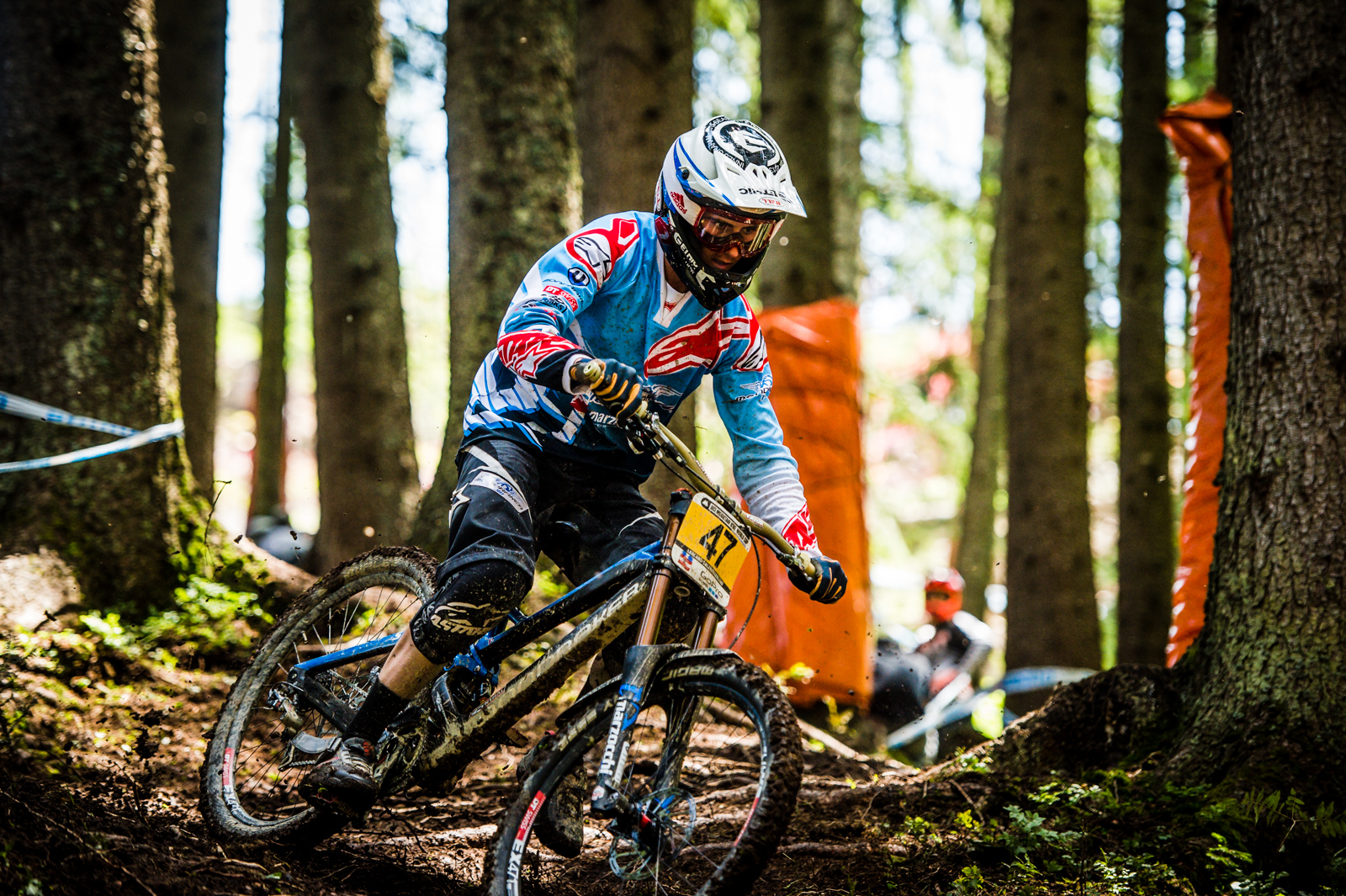 The sketchy woods ruined Innes’ chances of a top result in Austria,but he was still the talk of the town, looking wild in plenty of sections. 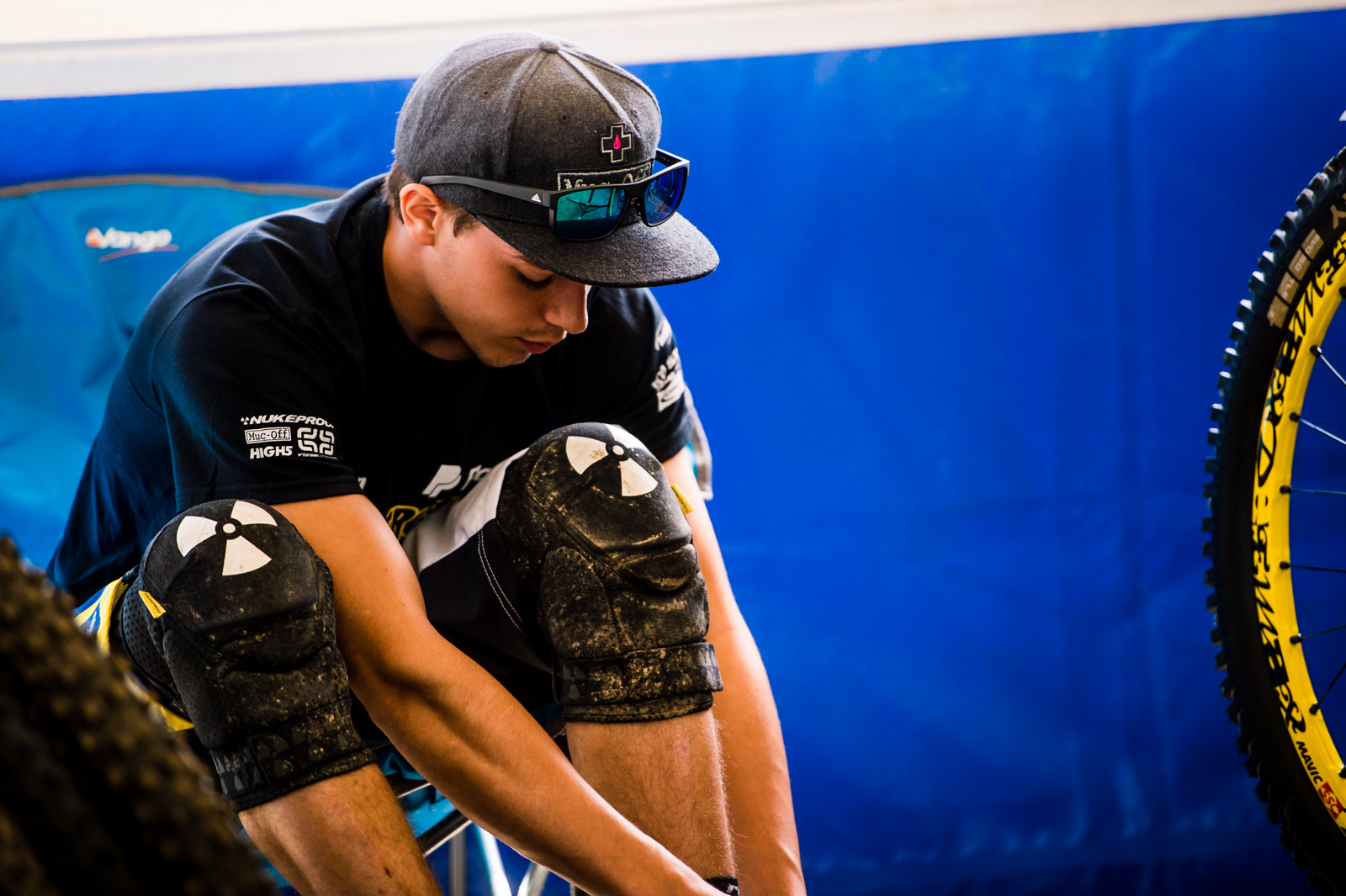 Jones prepares for another busy day at the office in Austria. 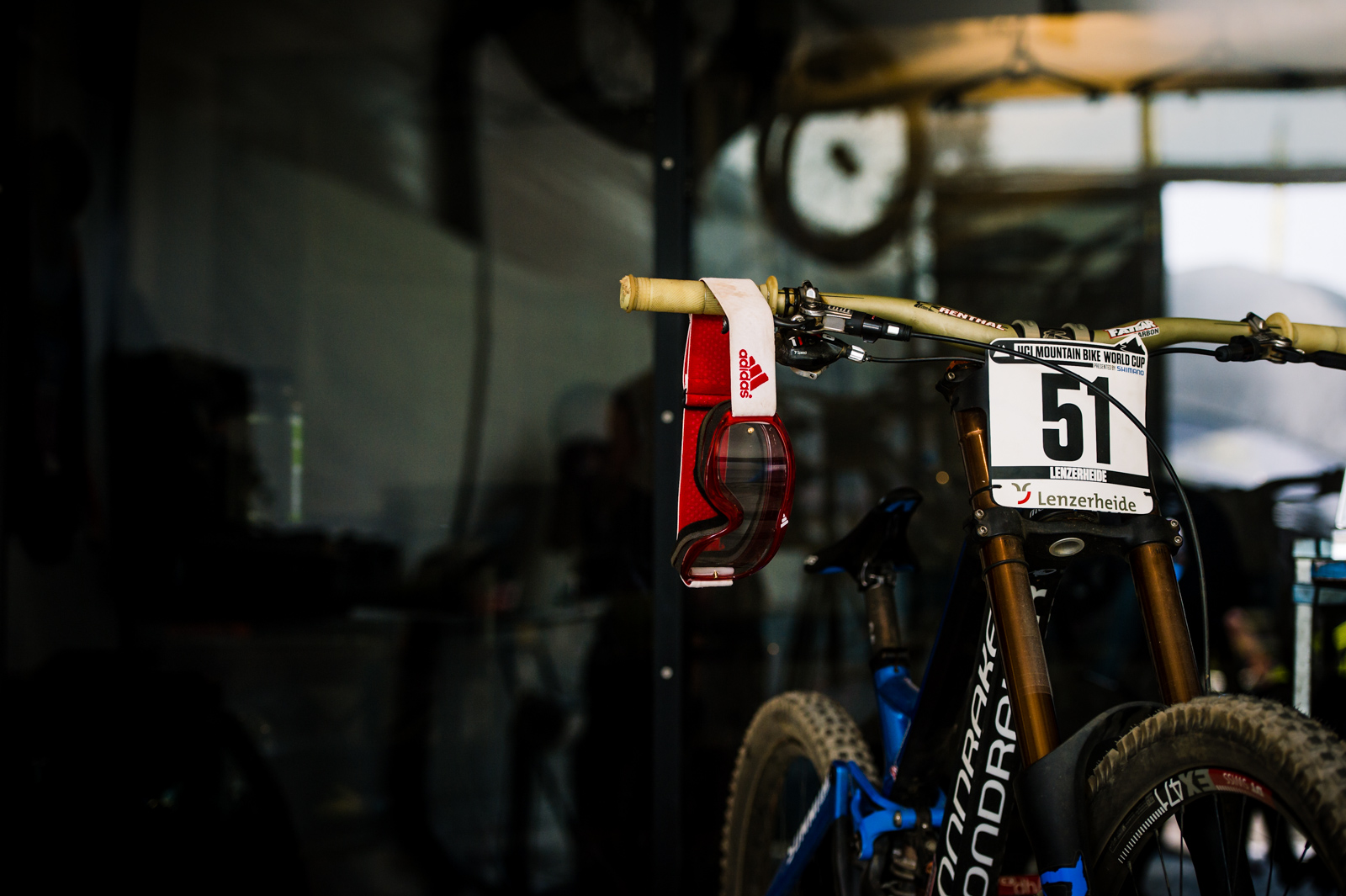 Happy healing to Innes after meeting a tree on his race run in Switerzerland and taking home the lousiest birthday present ever – a broken collarbone. 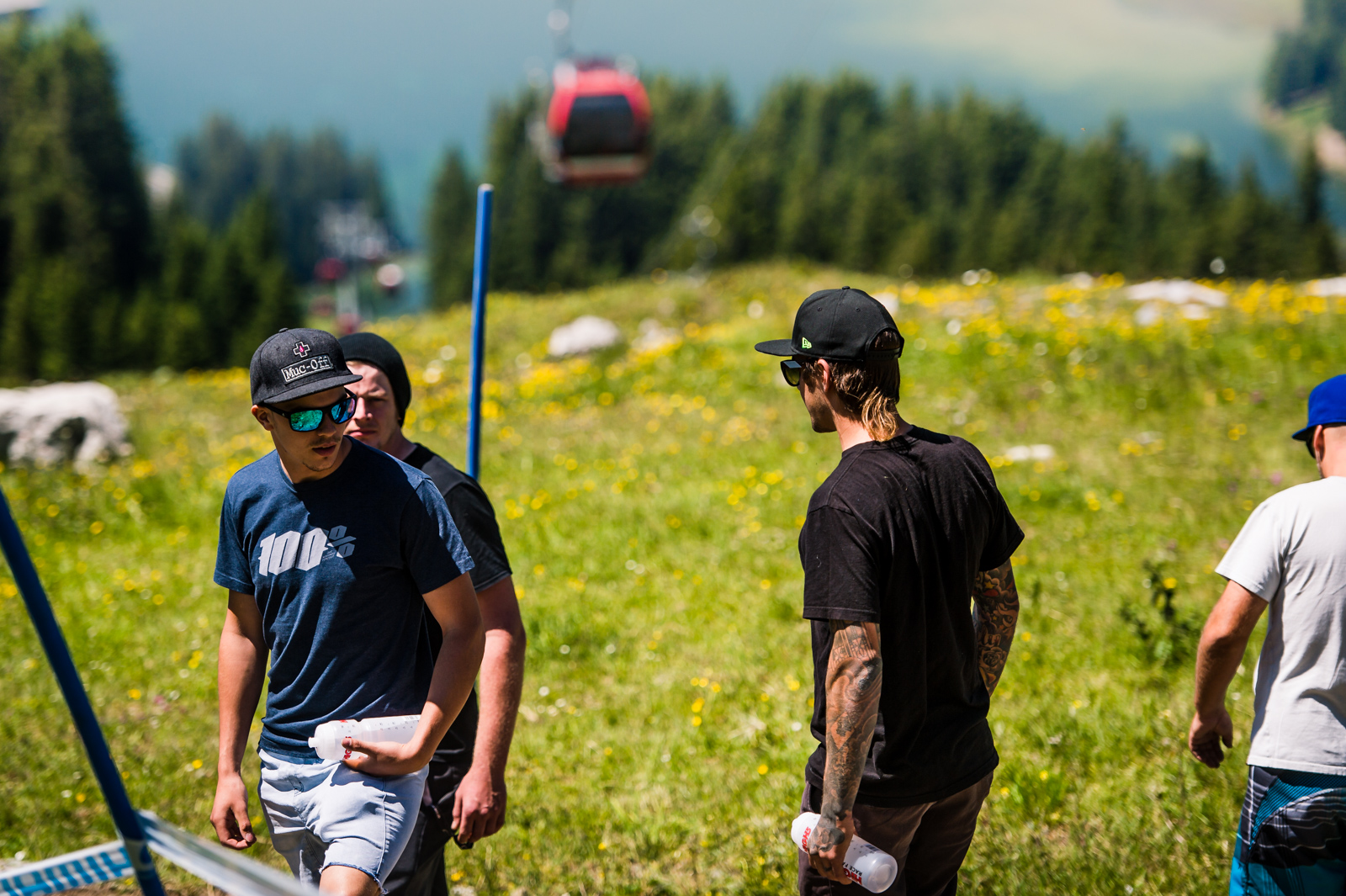 Jones walks the Swiis course with some fine company – Sam Hill – no less. 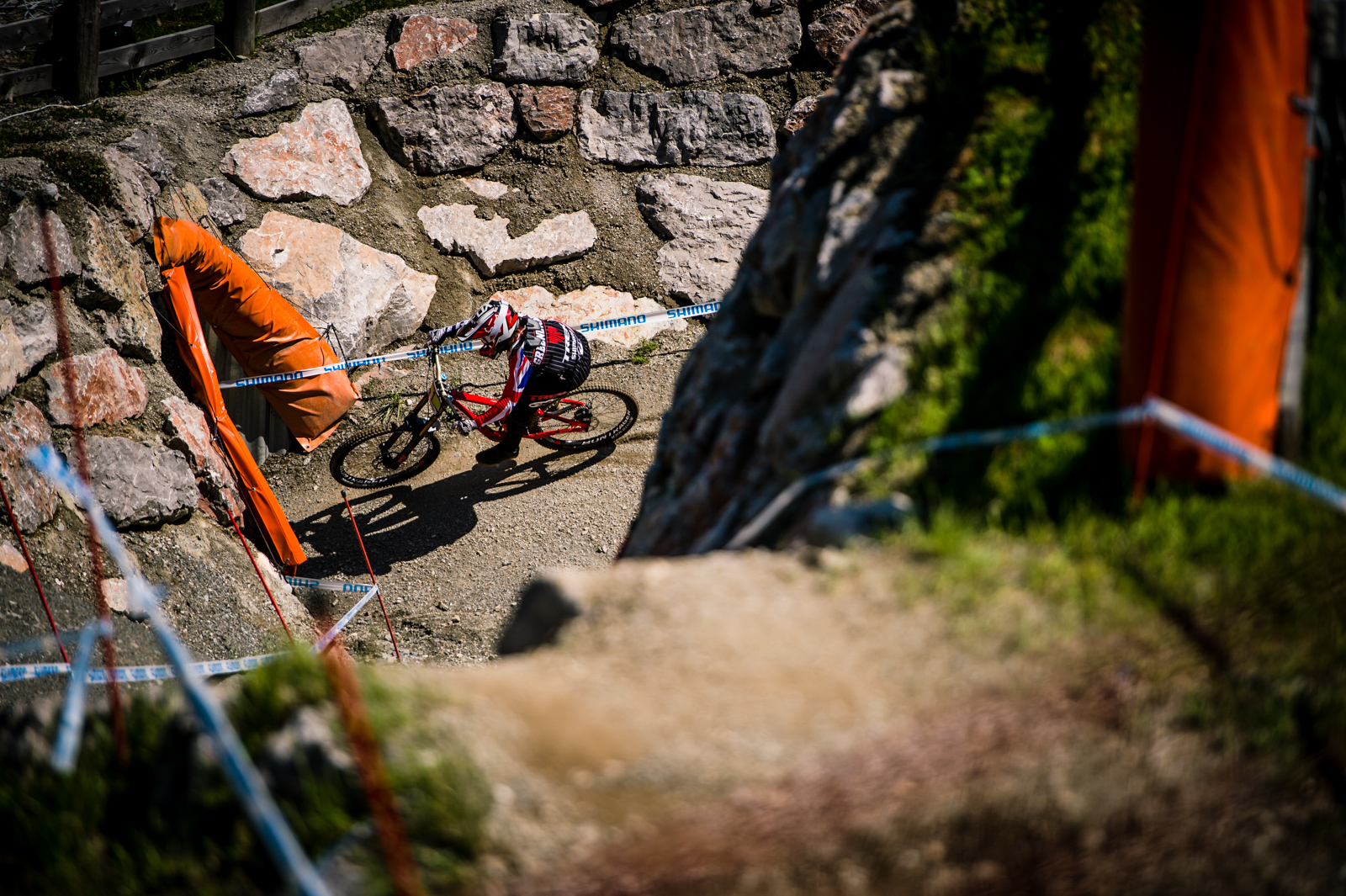 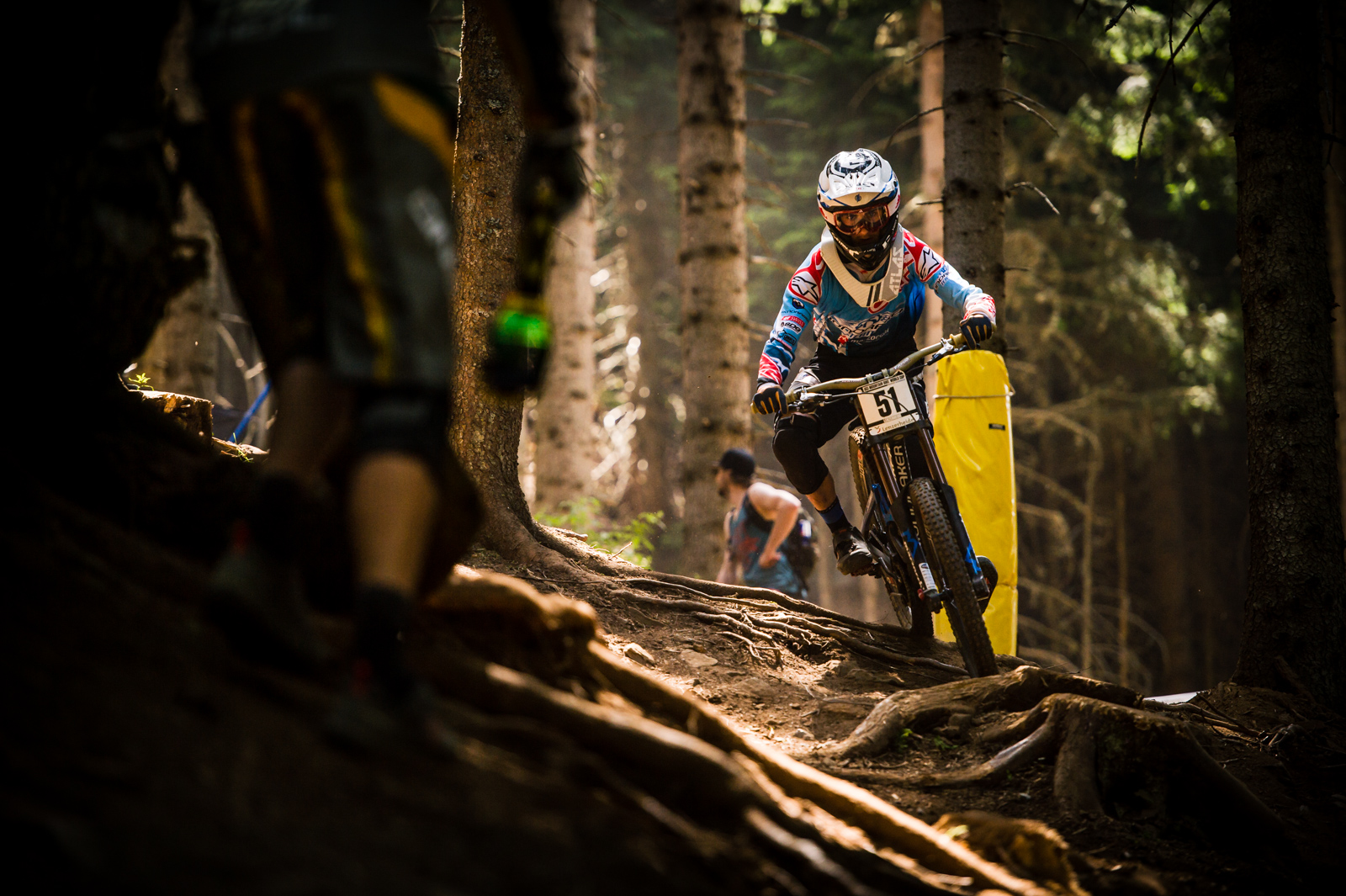 Innes, enjoying the sun-spotted and gnarly terrain of Peaty’s track in Lenzerheide. 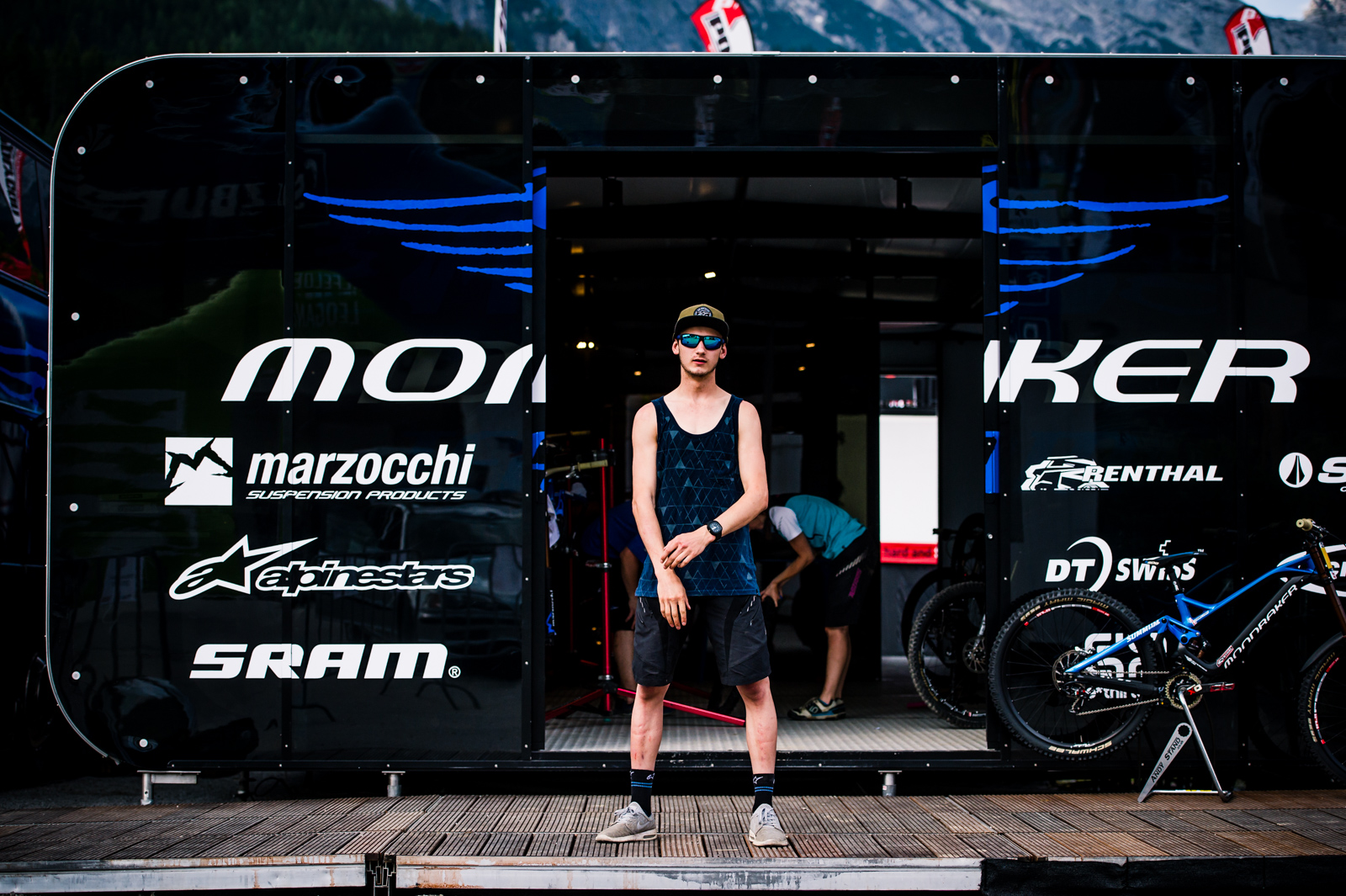 Innes infront of his home, the famous Mondraker ‘space ark’. 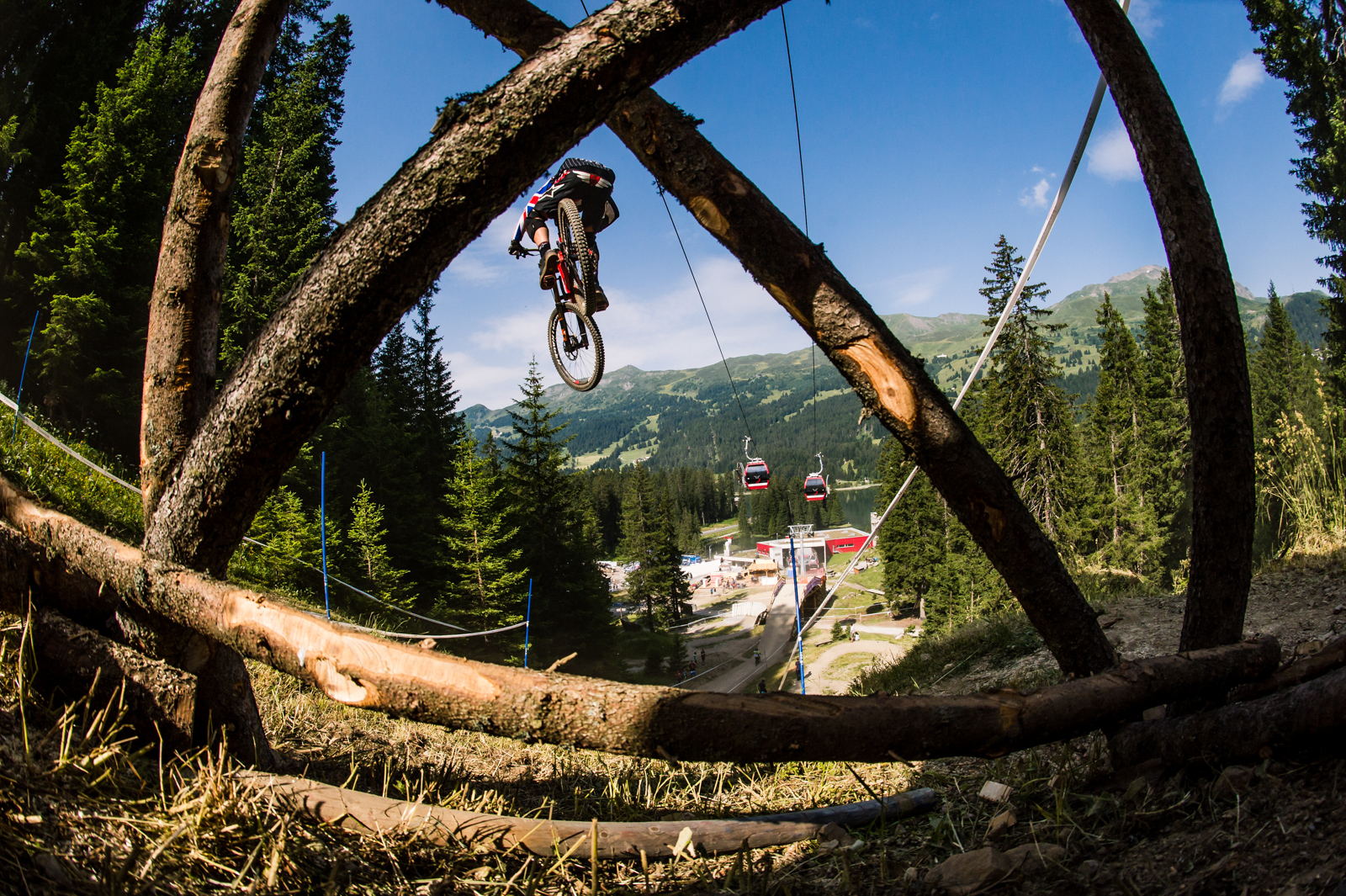 With some bad luck for big rival Andrew Crimmins, Greenland was able to dominate in Switzerland and take his first junior win at a World Cup. 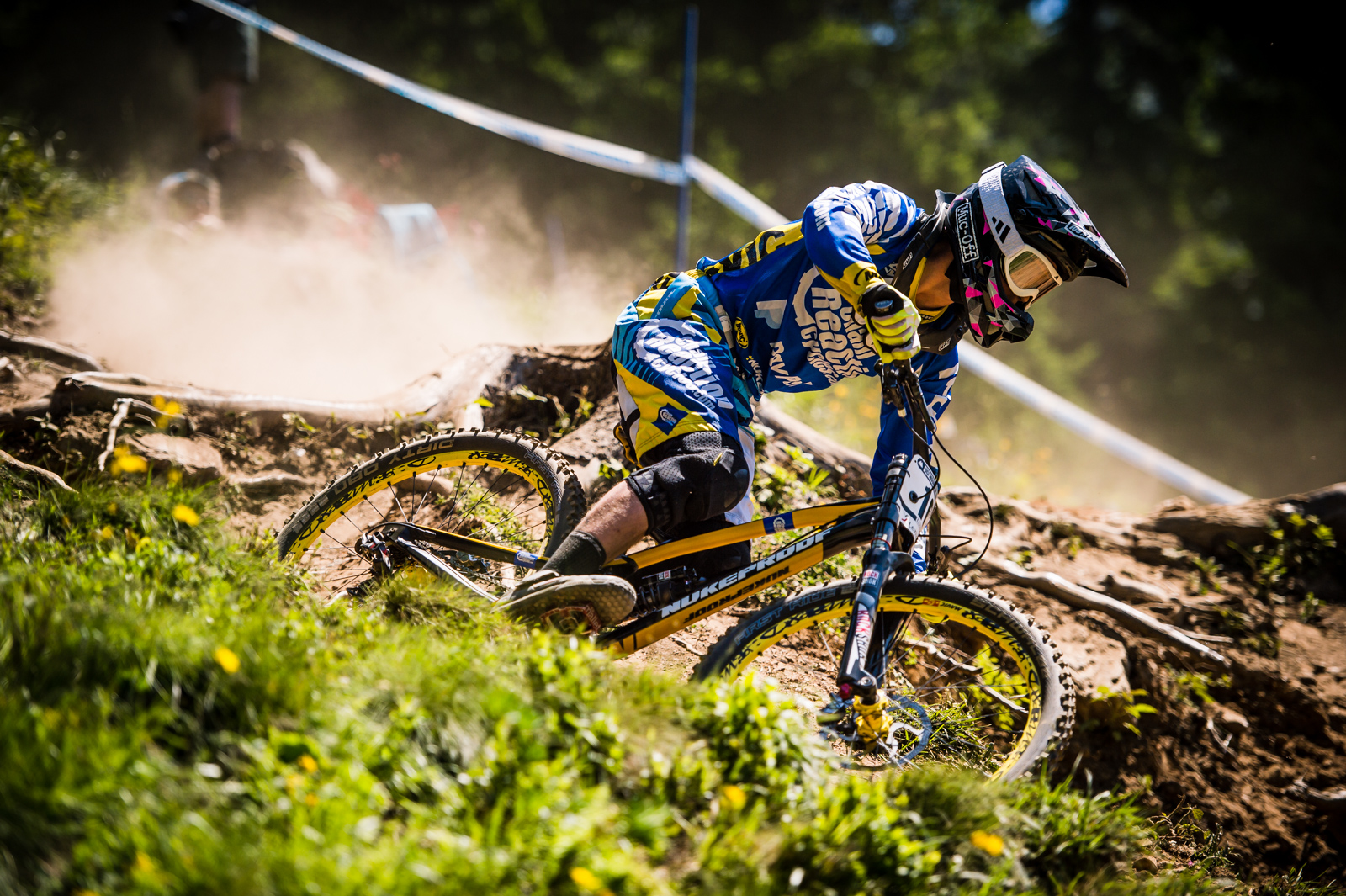 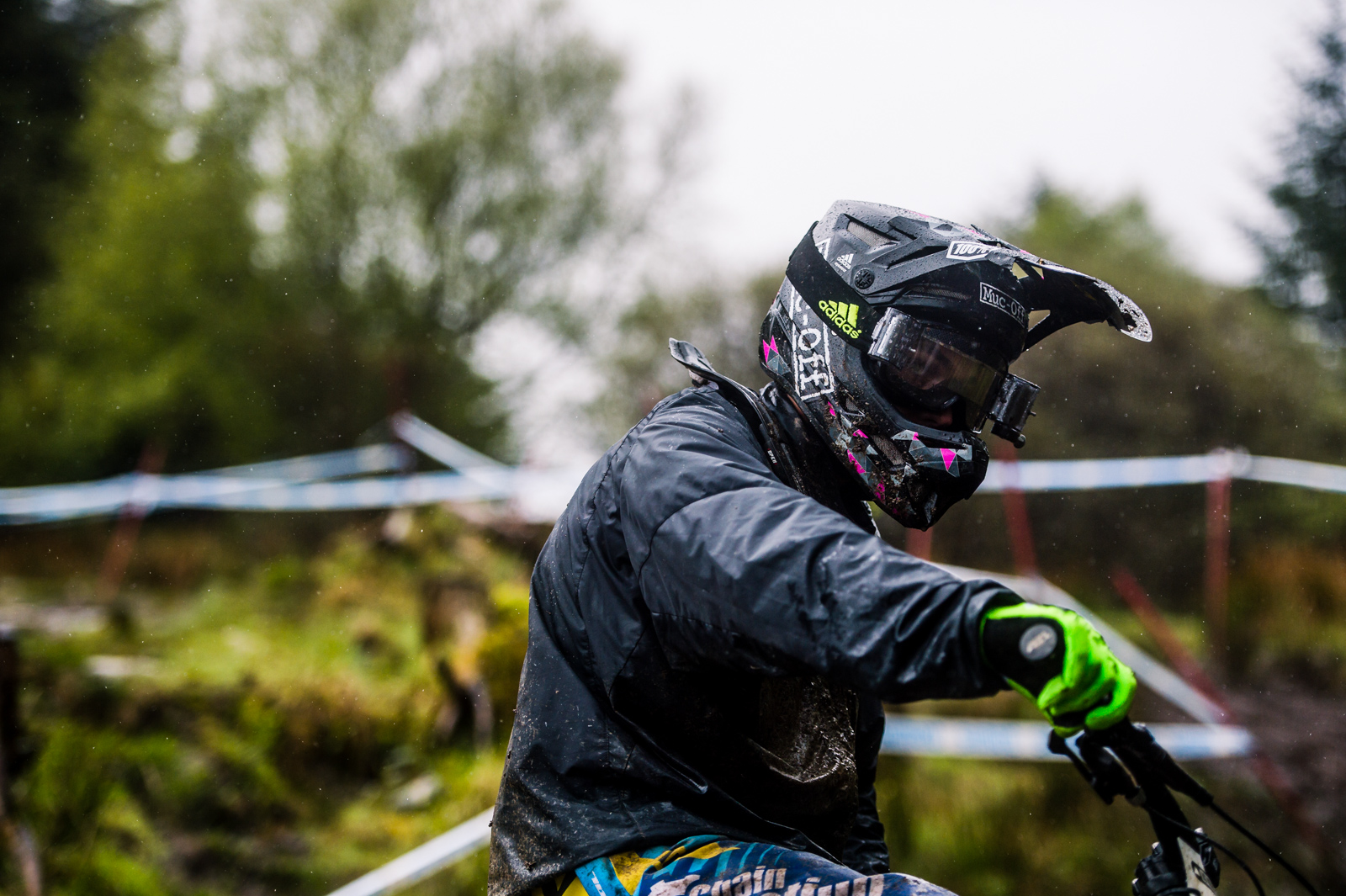 As a welshman, Jones is no stranger to the steep and slippery. There’s little doubting how important the valleys of home have been to the development of his skills. 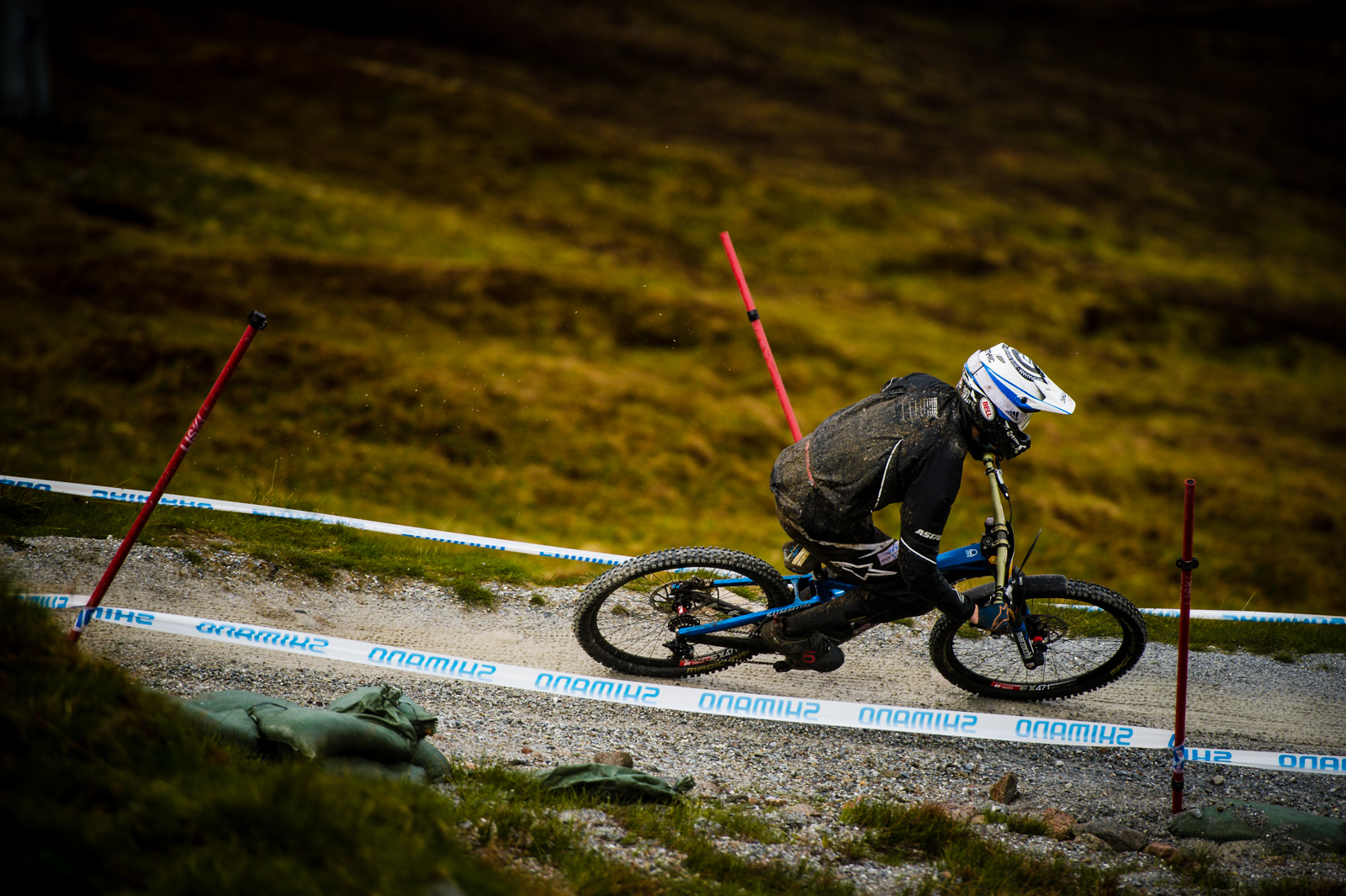 WC Round 2 in Scotland produced Graham’s first top 20 of his elite career and with it the promise of a lot more. 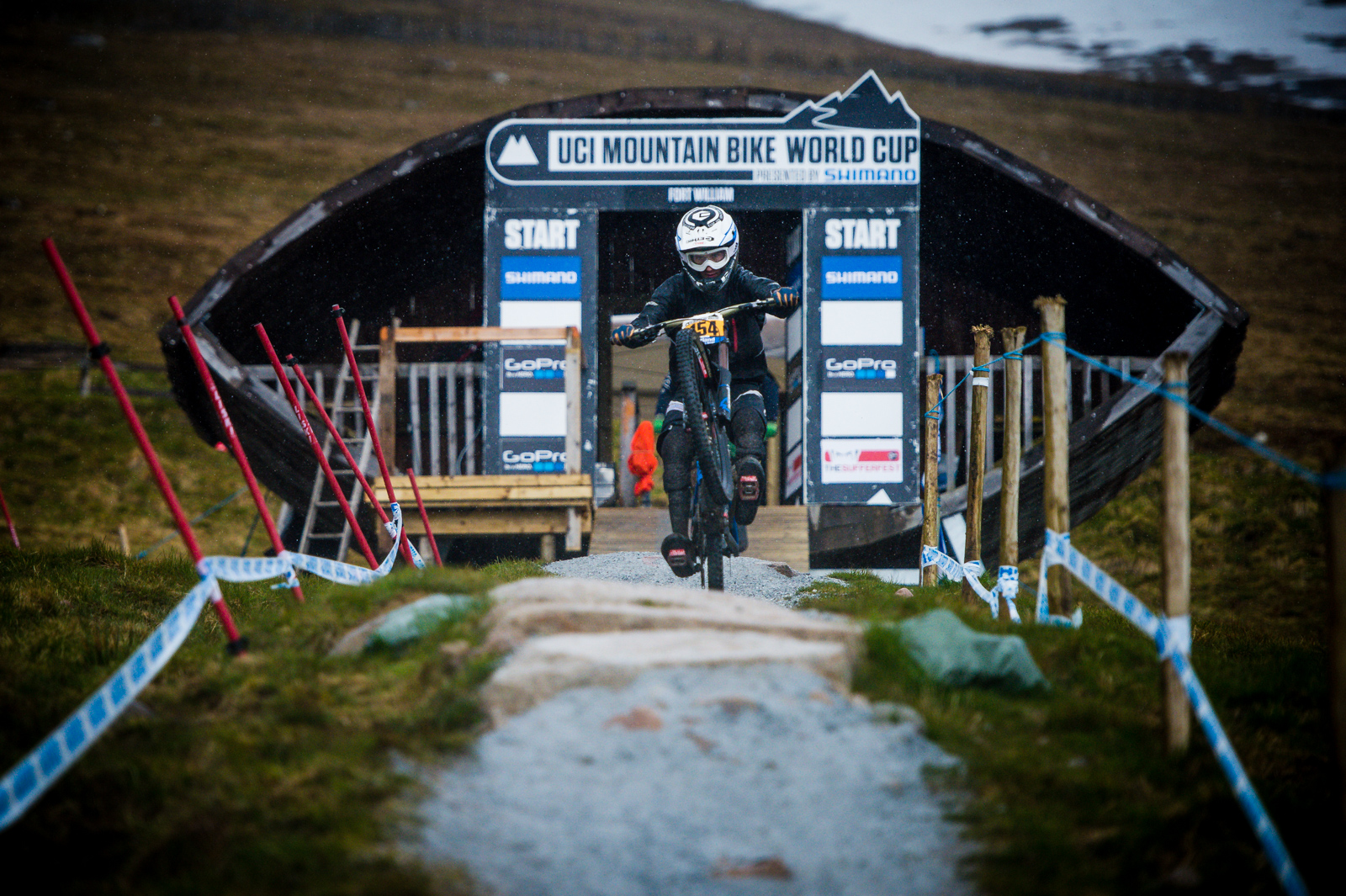 Innes Graham charging out of the gate into the heavy rain at Fort William. 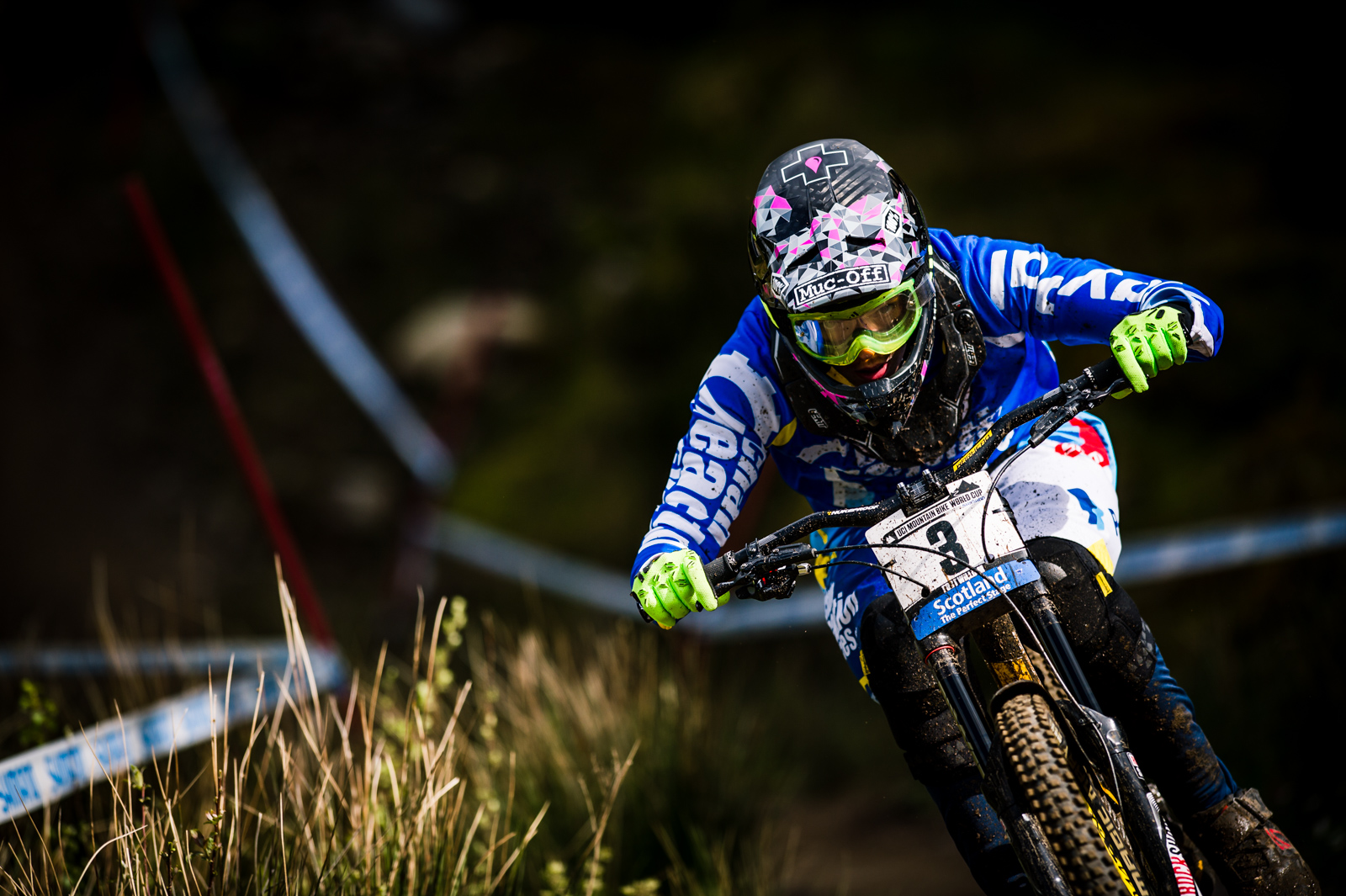 With eyes on the prize in a sport where a determined mind is more than half the battle, Jones is set to far. 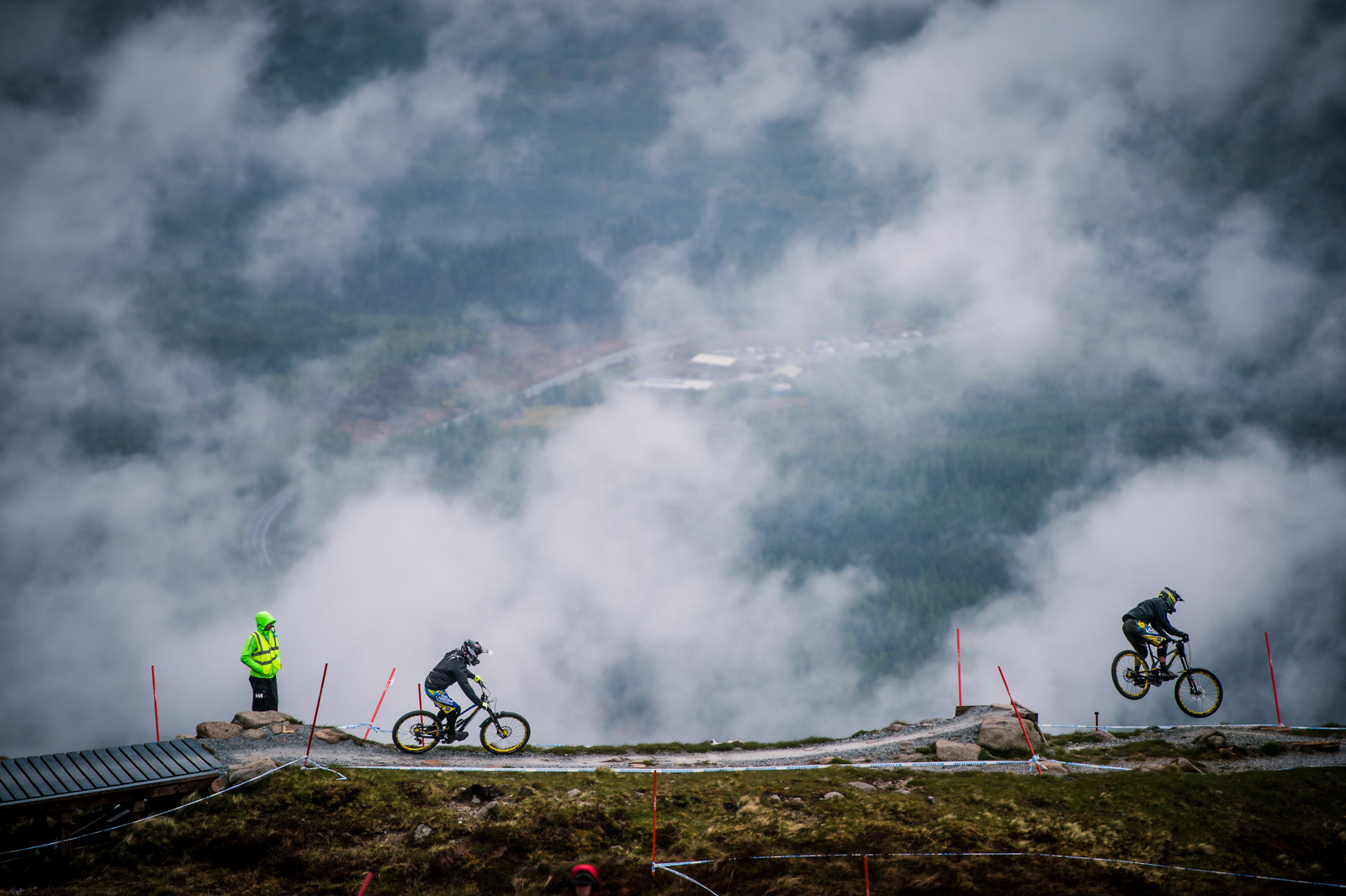 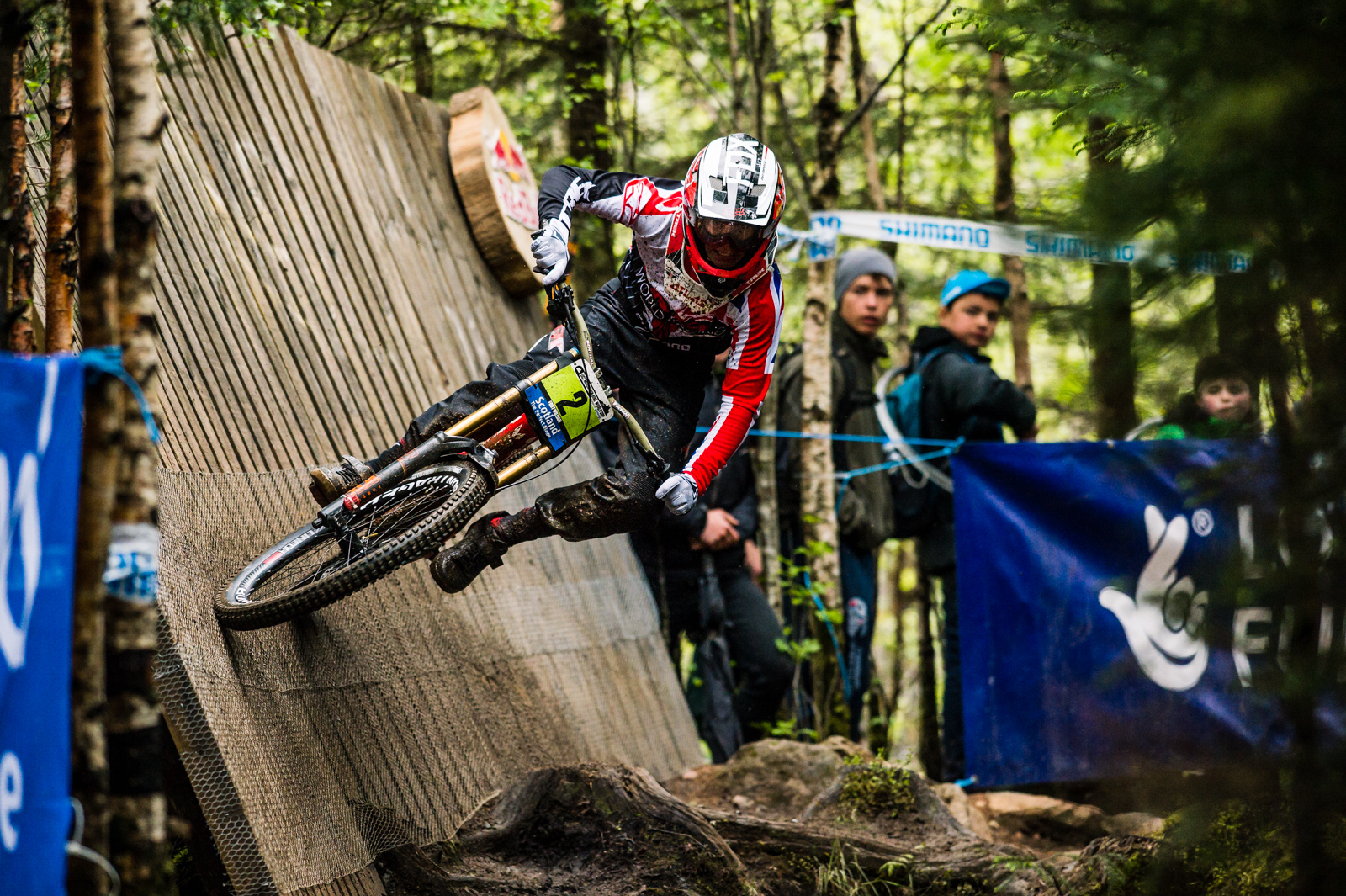 Greenland sticks to the Scottish woodwork in the forest at Round 2. 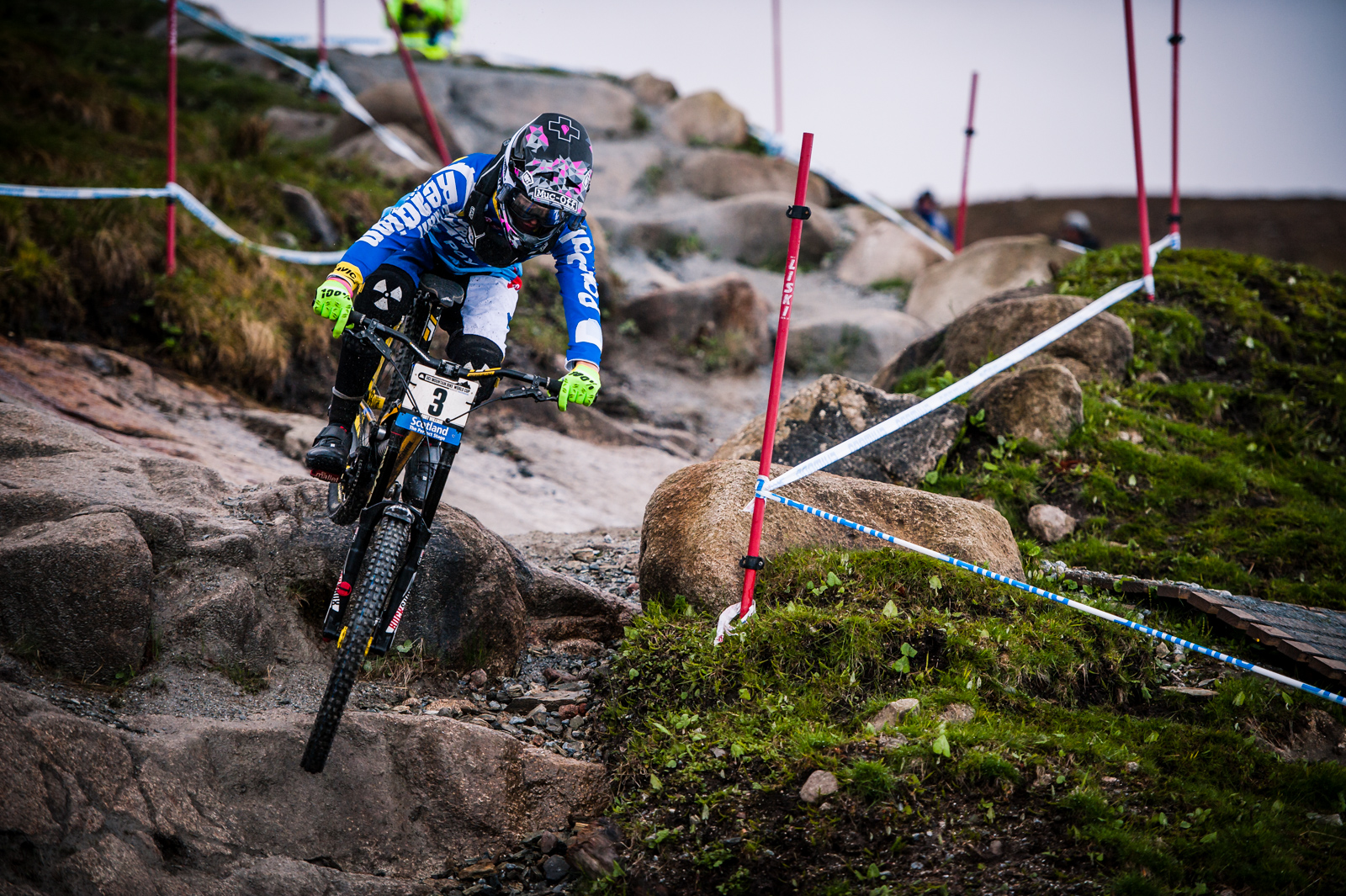 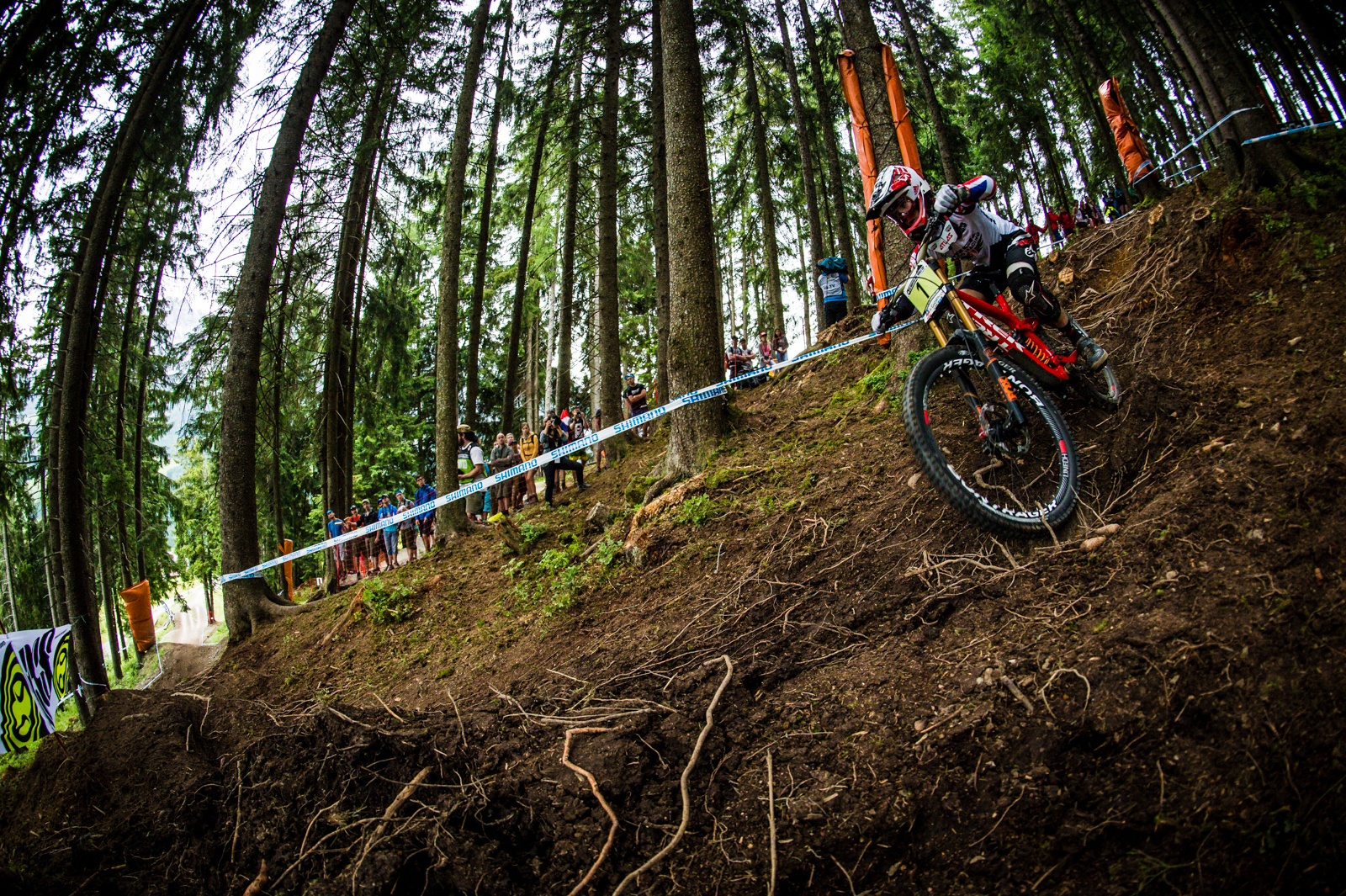 Laurie battling on with no more pedal power at Round 3 Junior national champ and of course TWR’s big name of the future, Greenland. 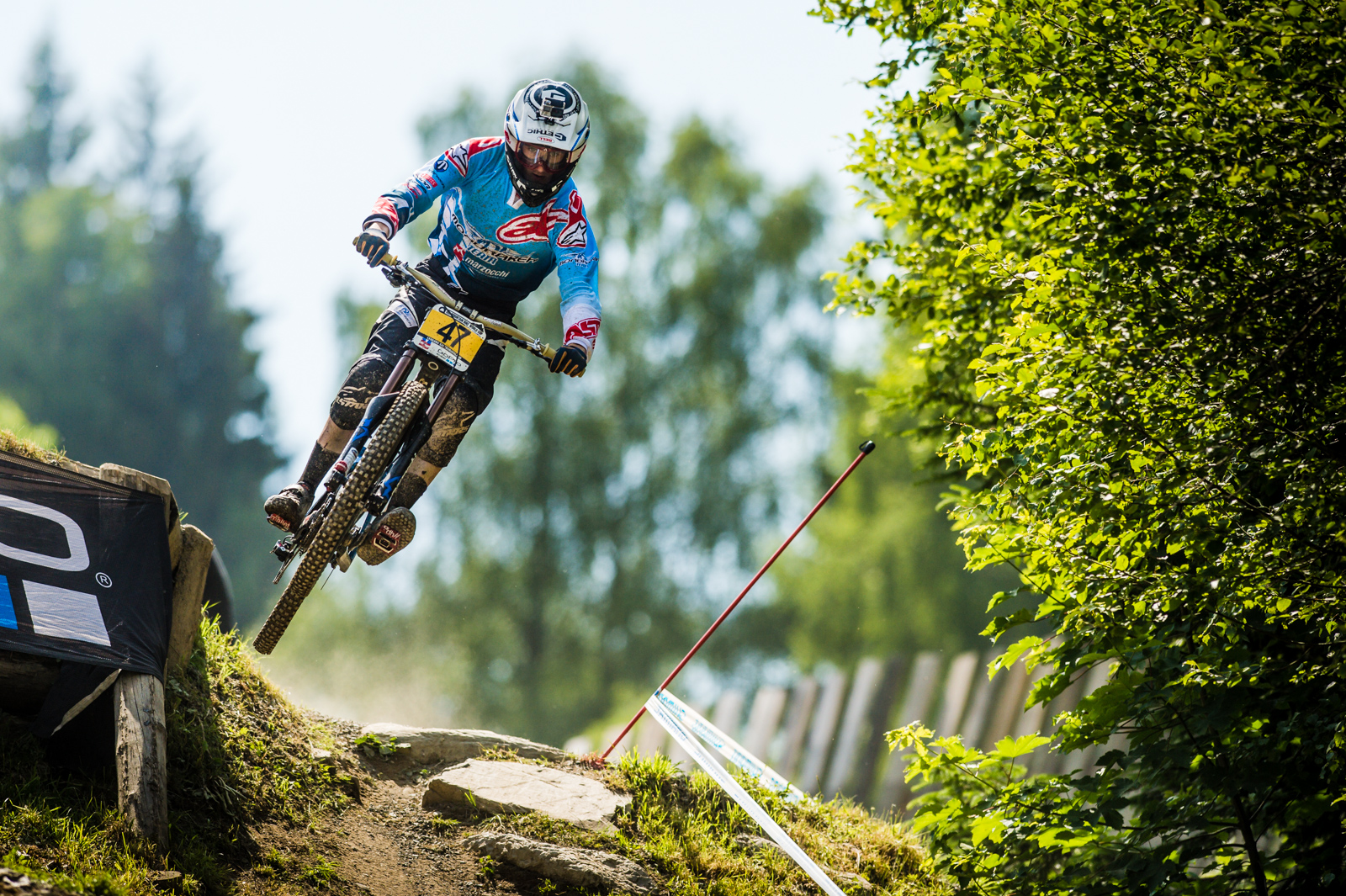 The yellow plate signifying top team at Round 3 for MS Mondraker was partly thanks to Innes’ great result in Scotland.

Perhaps outshined by Gwin’s successes, Greenland too made the podium without a chain at Leogang. 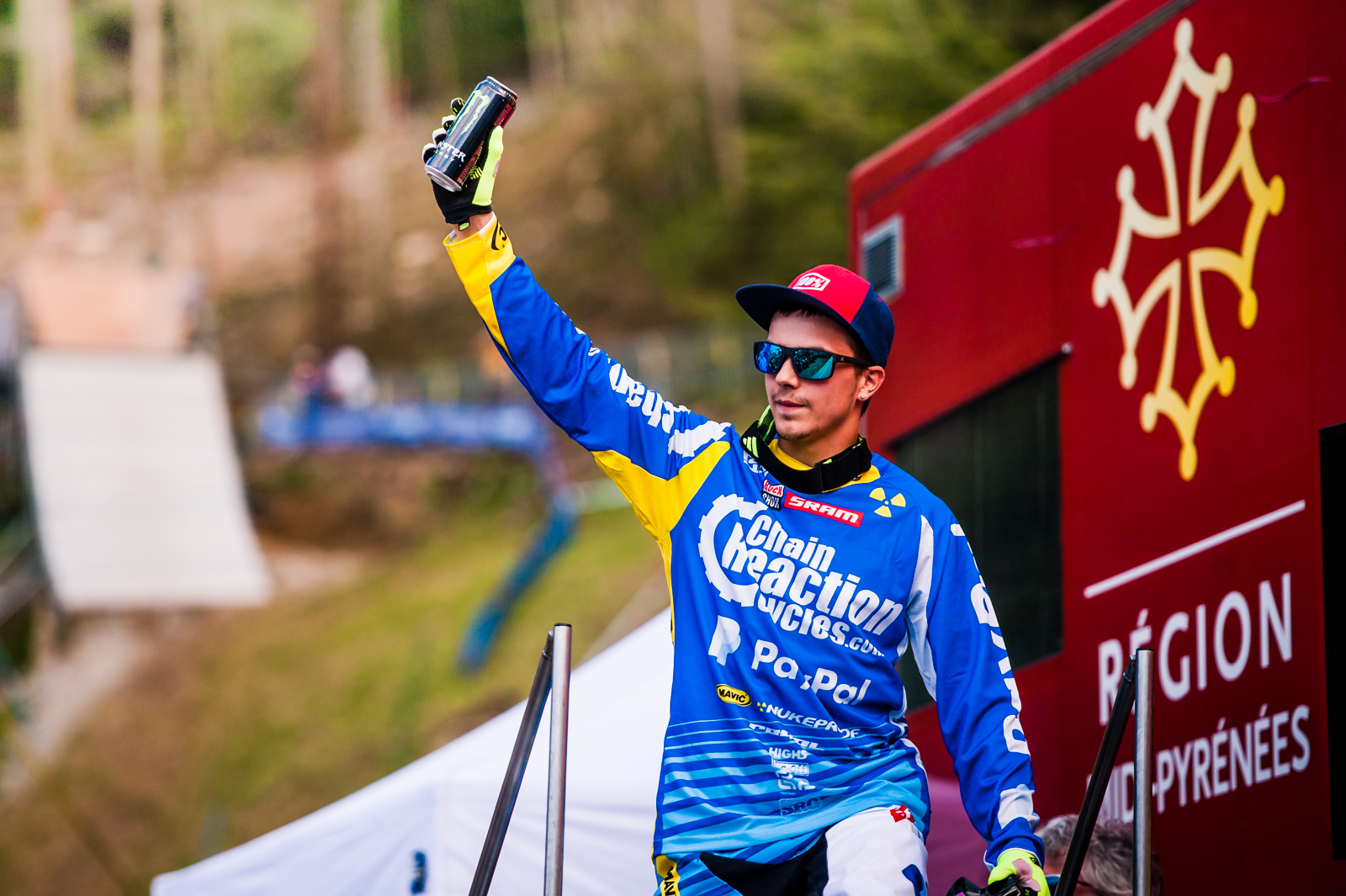 Jones steps up to the podium for the first time in elite this year at Round 1 in France.