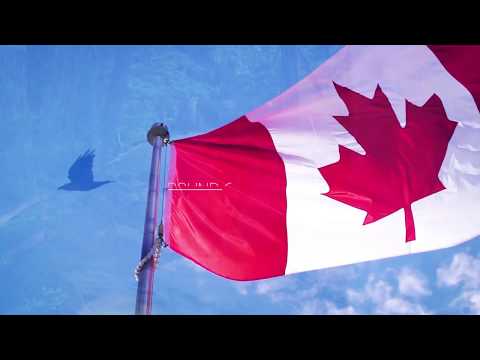 The fastest riders who took on the weekend’s most gruelling race, the sixth round of the Enduro World Series, were Richie Rude (USA) and Isabeau Courdurier (FRA). After six stages over two days, Rude’s time of 0:52:41.29 and Courdurier’s of 1:01:59.71 bested the steep field of racers. 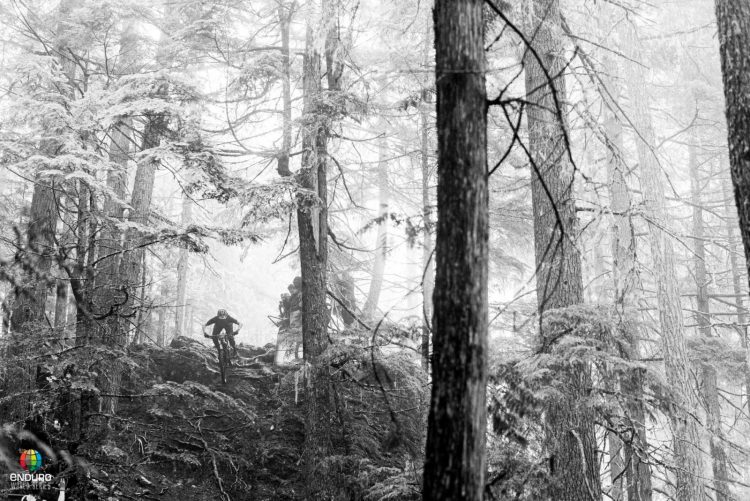 The top of the Whistler box is familiar territory for Rude, who took the W in the event in 2015 and 2016. But challenging conditions definitely kept the American on his toes.

“Everything was pretty sloppy after the rain…Line of Control and this last one up higher were pretty wet, and some of the roots were little snipers,” said the 24-year-old of the state of the trails after rain rolled into the Whistler valley Saturday afternoon before the first stage and continued through the early stages Sunday morning. 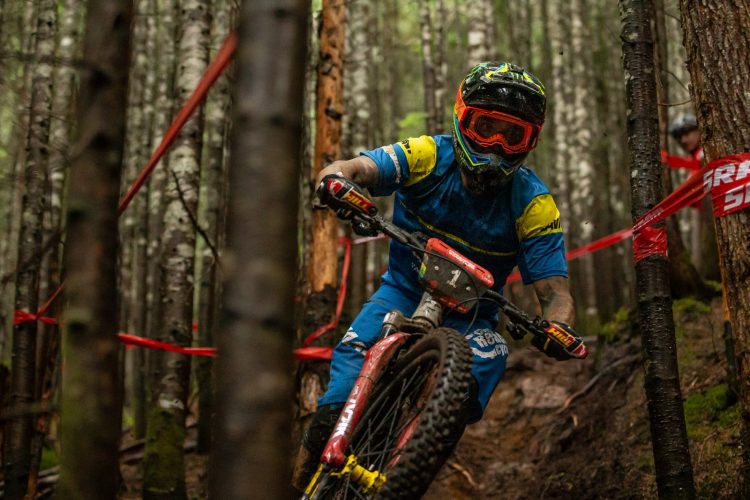 “It’s been a crazy day,” added the women’s winner. “We had some really epic conditions out there. It was super slippery. Very wild. I’m really glad I’m in one piece…almost.”

The French rider was the last to cross the finish line in the women’s race. What at first seemed like the aftermath of intense effort turned out to be a face twisted in pain. Courdurier crashed on a wooden feature on the final stage and was whisked away by patrol at the end of her race run.

“I think it was my hardest day of the season so far,” said the 25-year-old who currently leads the overall series. “I really struggled since the first stage this morning. I went off track, had to get back up, get back on the bike. Then on the very last one I really crashed super hard and lost a lot of time, so I really thought, ‘Ok, it’s done. You’re not going to win this one. But you have to make it down anyway so just keep pushing,’ and I was really surprised to win this one. I’m really, really happy.” 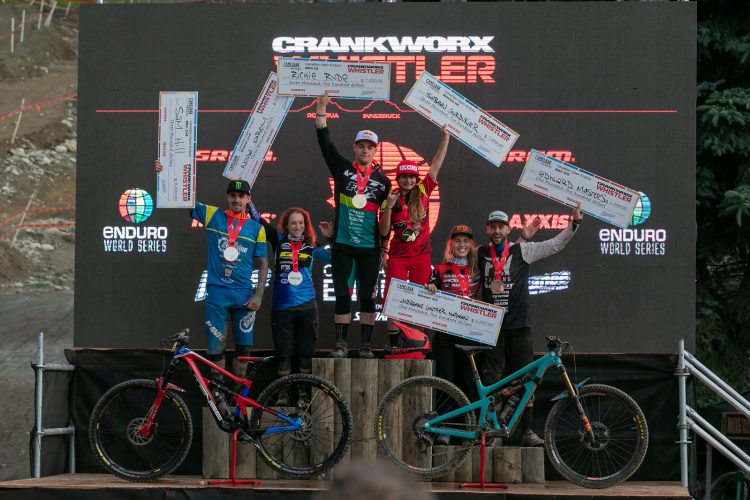 Finishing behind Coudurier, Noga Korem (ISR) improves on her third place finish from last year, while Andreane Lanthier Nadeau (CAN) who calls Squamish home, took third, the highest Canadian finish of the weekend.

“It feels super good with our team being an all-Canadian team based in the Sea to Sky,” said ALN, who despite the home field advantage still had to push for it. “The Top of the World stage is always a huge challenge. One of the biggest of the entire series. That, and then the conditions overnight.”

Taking second in the men’s race for the third time in as many years, Sam Hill (AUS), finishing nearly a minute behind Rude. Eddie Masters (NZL) took third.

One of the loudest cheers of the day, came from the rider who would end his day in 29th.

“I missed it last year, and this is my home race,” said Whistler’s Jesse Melamed, whose status was in question after he broke his leg at EWS Val di Fassa earlier this season. “Everyone supports me, and I just feel like I belong inside the race tape. I had to give it a shot, and it was kind of day by day. I felt OK enough to go for it, so I did and it paid off. I’m super thankful for everyone cheering for me and I had a great day.” 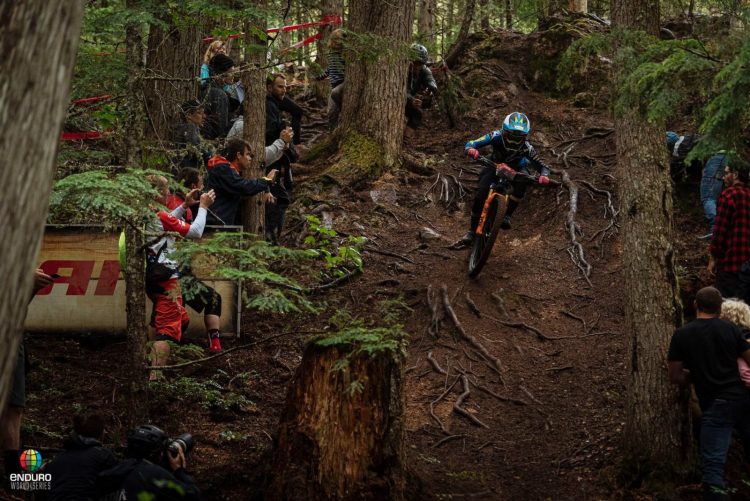