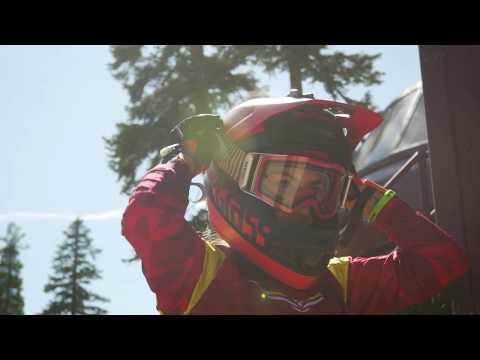 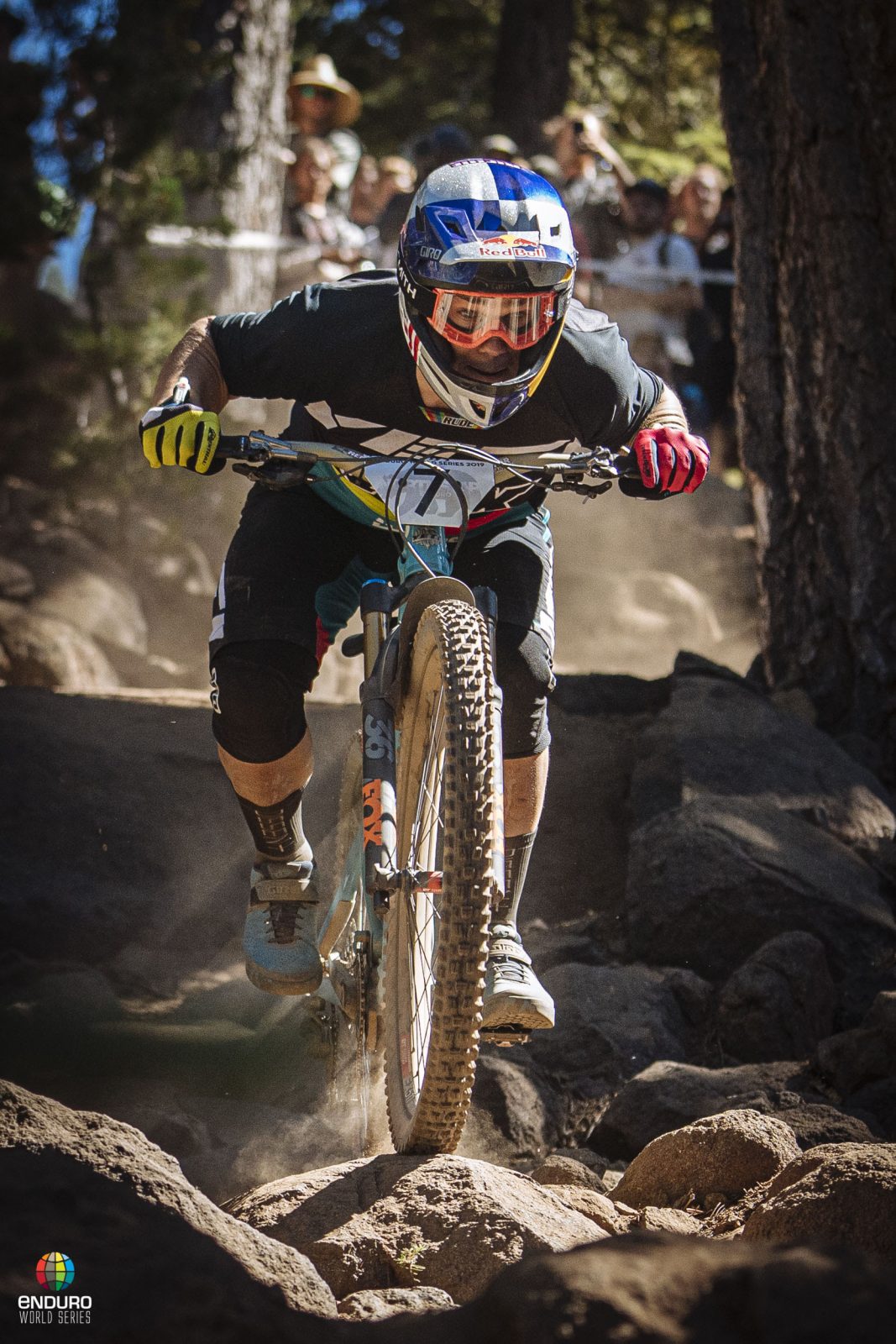 It’s been said before – but the seventh round of the Enduro World Series has surpassed all others to be declared the tightest race of all time.

The penultimate race of the year, EWS Northstar California, finished on a knife edge, setting up the final round in Zermatt to be the decider of the men’s championship race. After five technical and incredibly challenging stages, the men’s race all came down to less than a single second going into the final stage.

Heading into stage six, it was Sam Hill (Team Chain Reaction Cycles Mavic) who led the race by a mere tenth of a second going into the final stage of the day, but the reigning Champion was unable to hold off Richie Rude (Yeti Cycles/Fox Shox Factory Team), who won the race by 0.8 seconds. Mitch Ropelato put in a strong performance all day to claim his first EWS podium in third, with Martin Maes (GT Factory Racing) making a strong return to competition in fourth. Eddie Masters (Pivot Factory Racing) saw his claim to the championship threatened after he suffered a broken wrist on day one of racing. 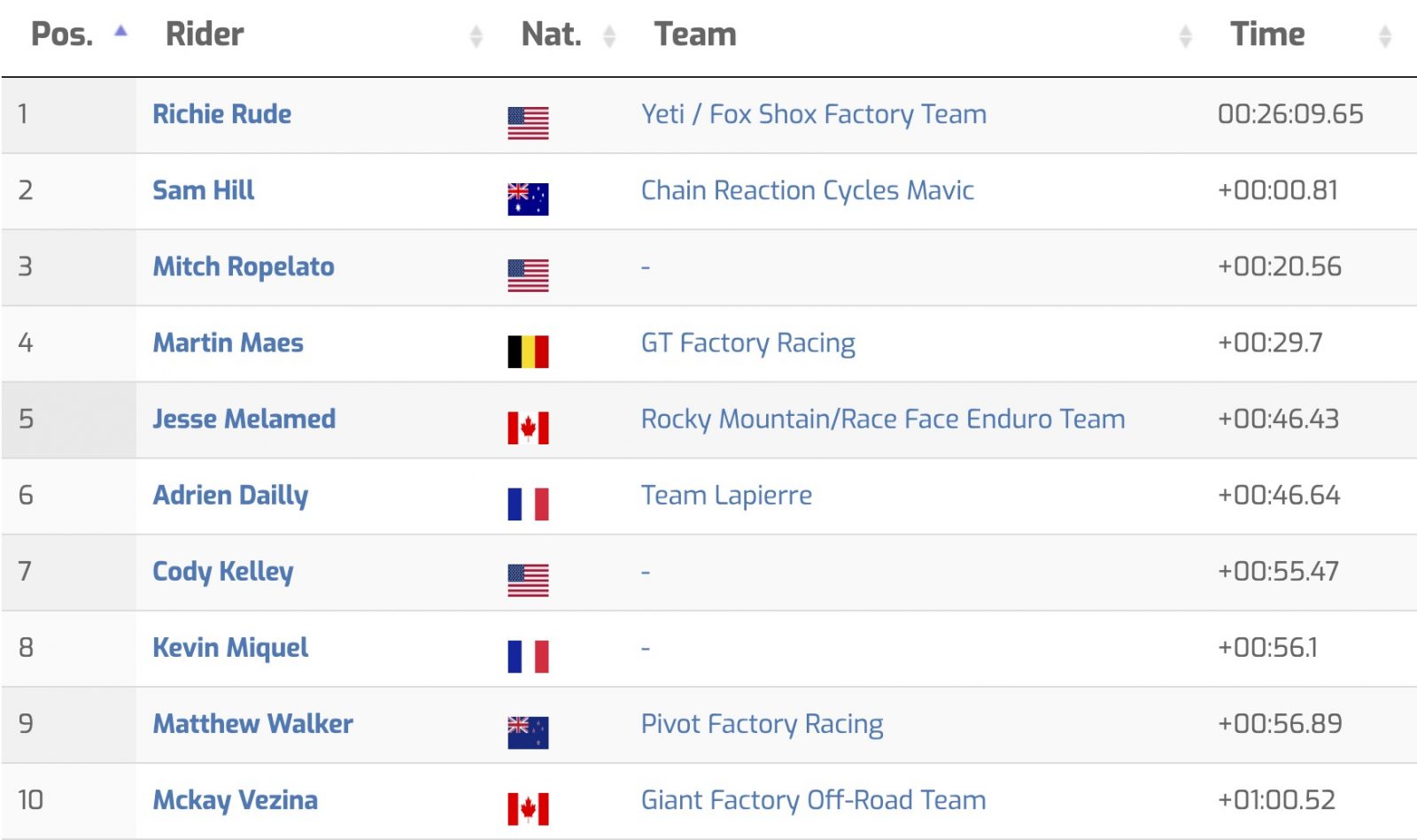 In the women’s race Isabeau Courdurier (Intense Mavic Collective) sealed her first Champion title after winning the race, but she didn’t have it all her own way. Noga Korem (GT Factory Racing) won the Queen Stage to pick up extra points, and clinched second in the race. Andreane Lanthier Nadeau (Rocky Mountain/Race Face Enduro Team) won stage five and a consistent performance throughout the race saw her finish on the third step of the podium. 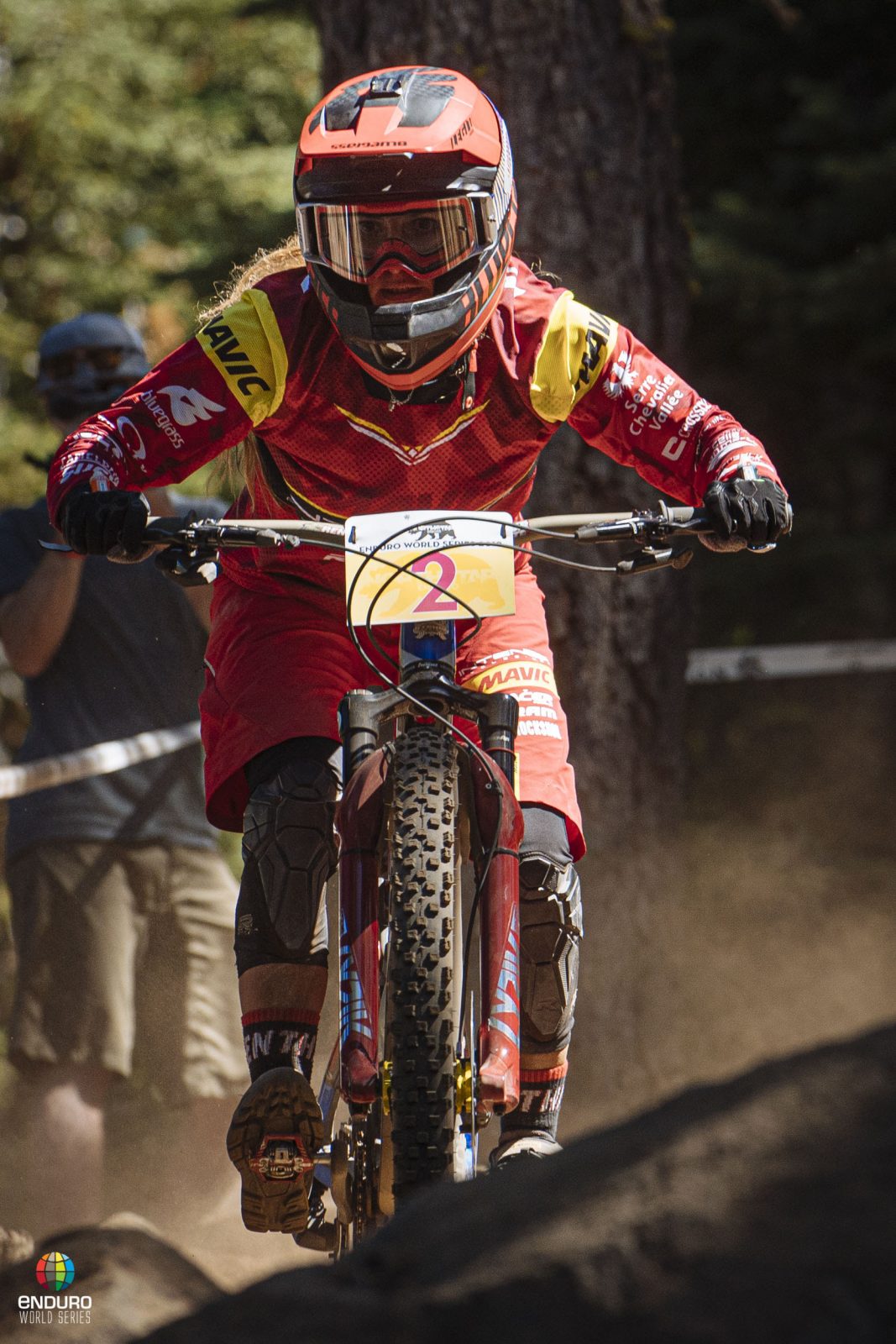 In the U21 Men it was Antoine Vidal (Commencal Vallnord Enduro Racing Team) who came out on top, with the USA’s Duncan Nason in second and Canada’s Kasper Woolley in third. Lucy Schick added to her roster of wins this season in the U21 Women, with Isabella Naughton in second and Lauren Bingham (Yeti/Fox Shox Devo Factory Racing) in third. 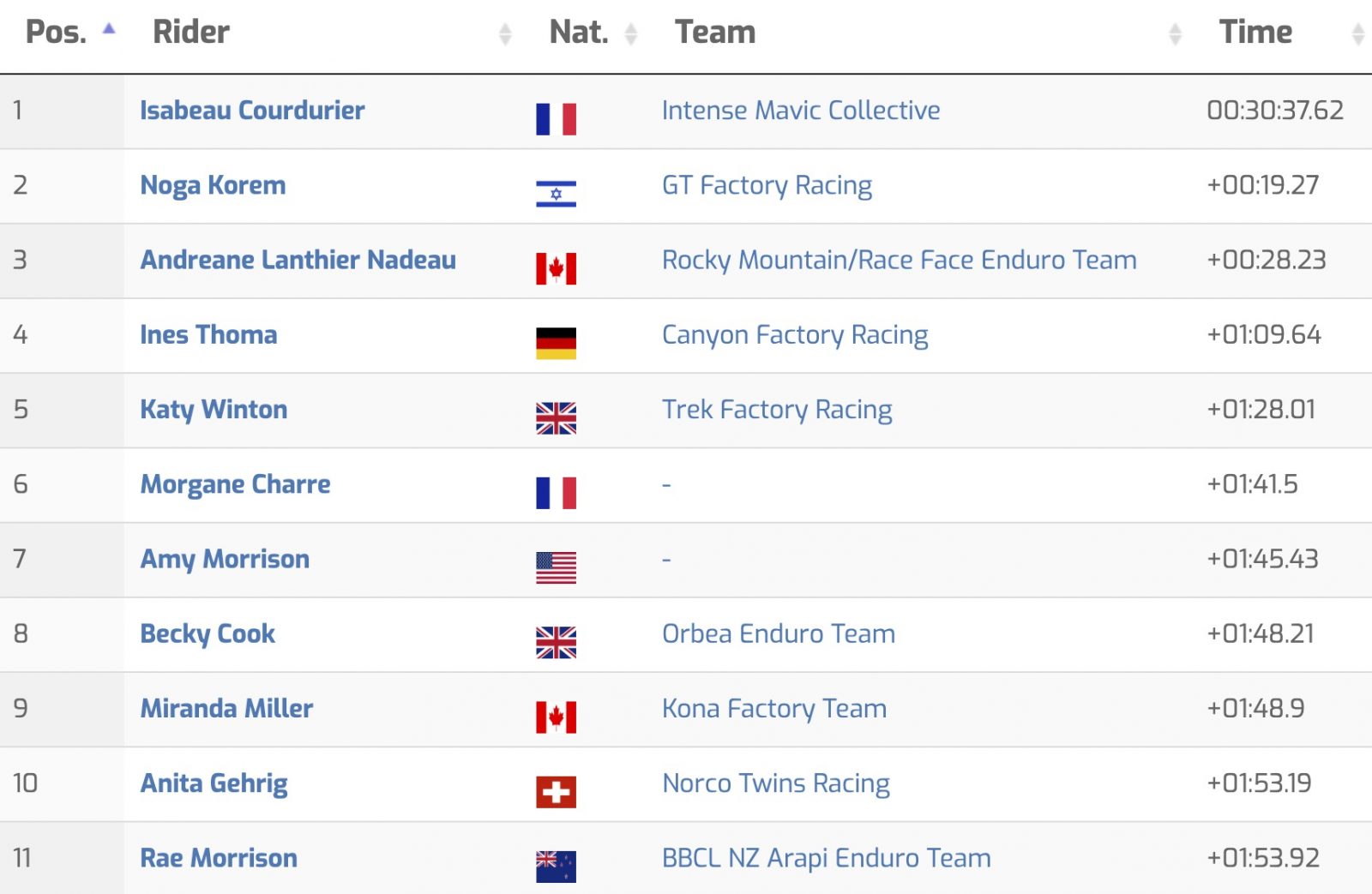 It was another close finish in the Master Men category, with Karim Amour taking the win by less than half a second ahead of Cedric Ravanel (Commencal Vallnord Enduro Racing Team). Canadian cross country legend Geoff Kabush rounded out the podium in third. Switzerland’s Alba Wunderlin took the Master Women’s win, with local rider Tasha Thomas in second and Amanda Propst in third.

With just one round left in the 2019 series, it’s still Florian Nicolai (Canyon Factory Racing) who leads the men’s overall – but Sam Hill is just 60 points behind in second, and Kevin Miquel has moved up into third. ]

Isabeau Courdurier’s seven wins out of seven has seen her win her first championship ahead of the final round, Noga Korem remains in second and Andreane Lanthier Nadeau in third.

The series will play out its final round out in Zermatt, Switzerland next month.