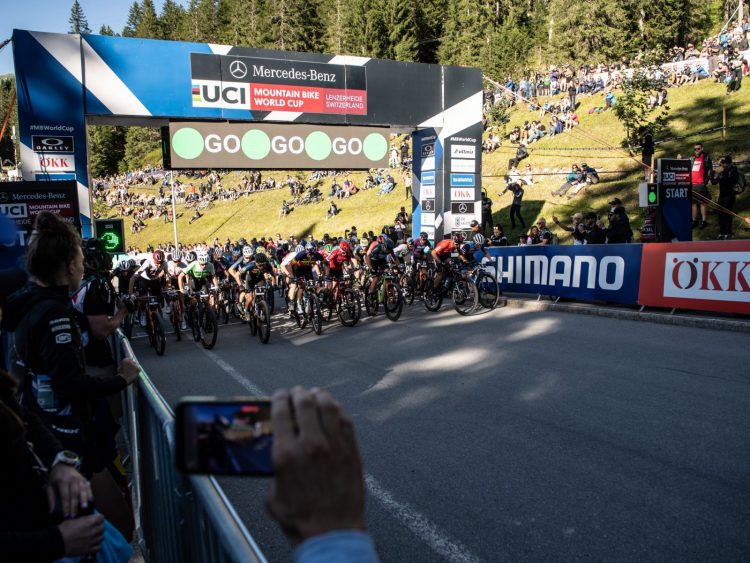 The men powered out of the gate and seemed to show no sign of conserving energy for the remaining 10 laps. As the racers sped around the track, the second lap saw the men in a very tight race with a large pack up front led by Luca Schwarzbauer (GER) with Nino Schurter (SUI) and Mathias Flückiger (SUI) close behind.

Halfway through the race the men were still elbow to elbow in the large leading pack. The pack remained tight with the men seemingly having more left in the tank for the coming laps.

Late into the race, in the seventh lap, the pace somehow increased with the pack staying just as tight. Swiss Nino Schurter held onto the lead with 2 more laps to go.

The men kept the race interesting with the eighth lap showing Hatherly (RSA) coming from behind to lead the pack. Heading into the ninth lap, the leading riders finally began to split, as each rider mounted their own attack. 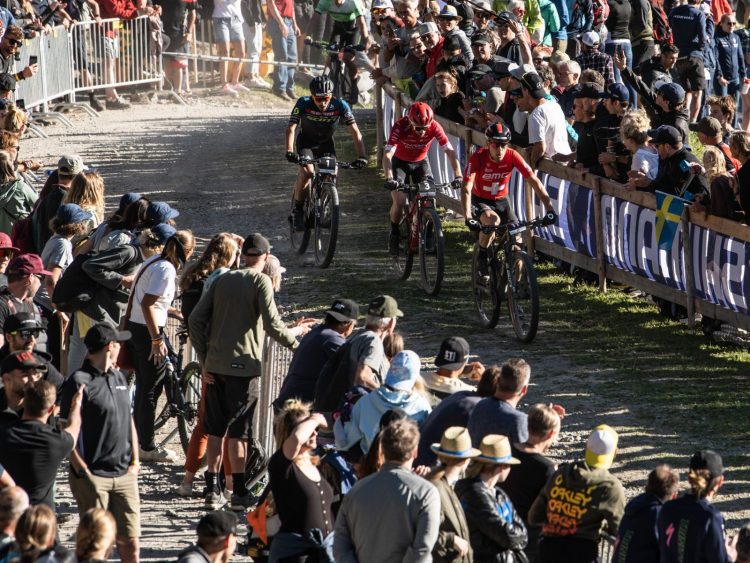 The penultimate lap showed some mix up at the front, as Hatherly fell back to 5th place and Flückiger headed into the final lap in first. The fight up front was intense, with each rider who fell back battling right back to grab their spot again.

The final lap saw some more separation with Swiss riders Flückiger, Colombo, and Schurter sitting in one, two and three. Pain was written all over Columbo’s face as he pushed hard and ultimately overtook Flückiger to cross the finish line in front, winning his first-ever Short Track World Cup in front of his friends and family.

Flückiger and Hatherly fought hard to grab second and third. This fight will serve them well as it will shake up the overall standings, gaining Flückiger valuable points to capture the jersey.

“It was actually super hard – the attack from Mathias. I just tried to be in front and play a little bit of tactics and I slowed down where I could, and I knew they couldn’t overtake me.” said Filippo Colombo on his strategy throughout this grueling battle. 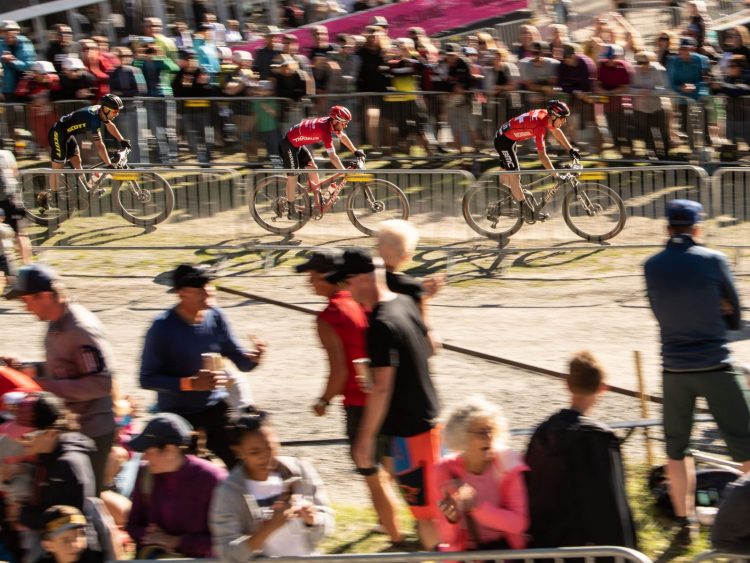 The women blasted out of the gate straight into the first downhill section. The riders battled it out, but Swiss rider Jolanda Neff found herself sitting up front at the first split. The pack remained tight with very little separation through the first lap.

Neff was unable to hold onto the top spot for long and was replaced by fellow Swiss rider Ramona Forchini at the end of the first lap. The pack stayed tight with riders pushing hard well into the third lap with Jenny Rissveds overtaking to lead the top group of 13 riders.

Rissveds showcased her fitness and used her power and stamina to lay on the gas in the seventh lap and add a huge amount of distance on the rest of the pack. Swiss rider Alessandra Keller led the chasing group and looked strong with 2 more laps to go. 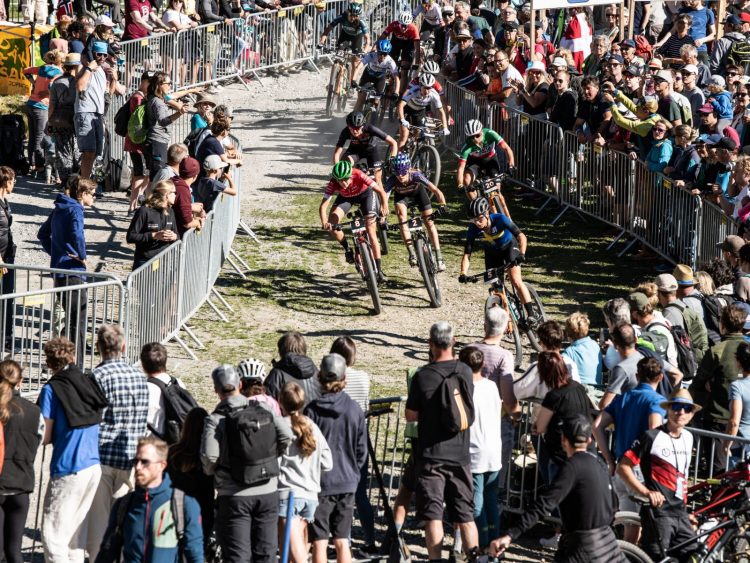 Rissveds was in her own race heading into the last lap with second place over 12 seconds back. The final lap boasted an exciting race between the two Swiss women, Keller and Neff fighting for second place and gaining distance on Rissveds.

The finish line saw Rissveds cross first with Keller crossing next, winning the battle for second against Jolanda Neff. Swiss women rounded out the podium all within 2 seconds.

“As I said earlier in the season, I feel like I’m balanced in my life in general and I’m happy. I love to ride my bike and I actually got used to racing and I have started to enjoy racing and I think that’s the way I want to continue, and I hope I can keep that feeling and sense of happiness.” said a visibly content Jenny Rissveds. 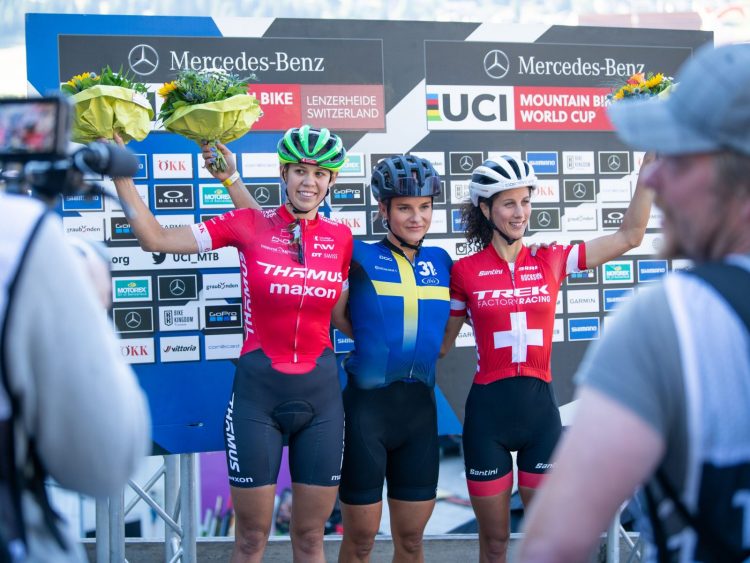