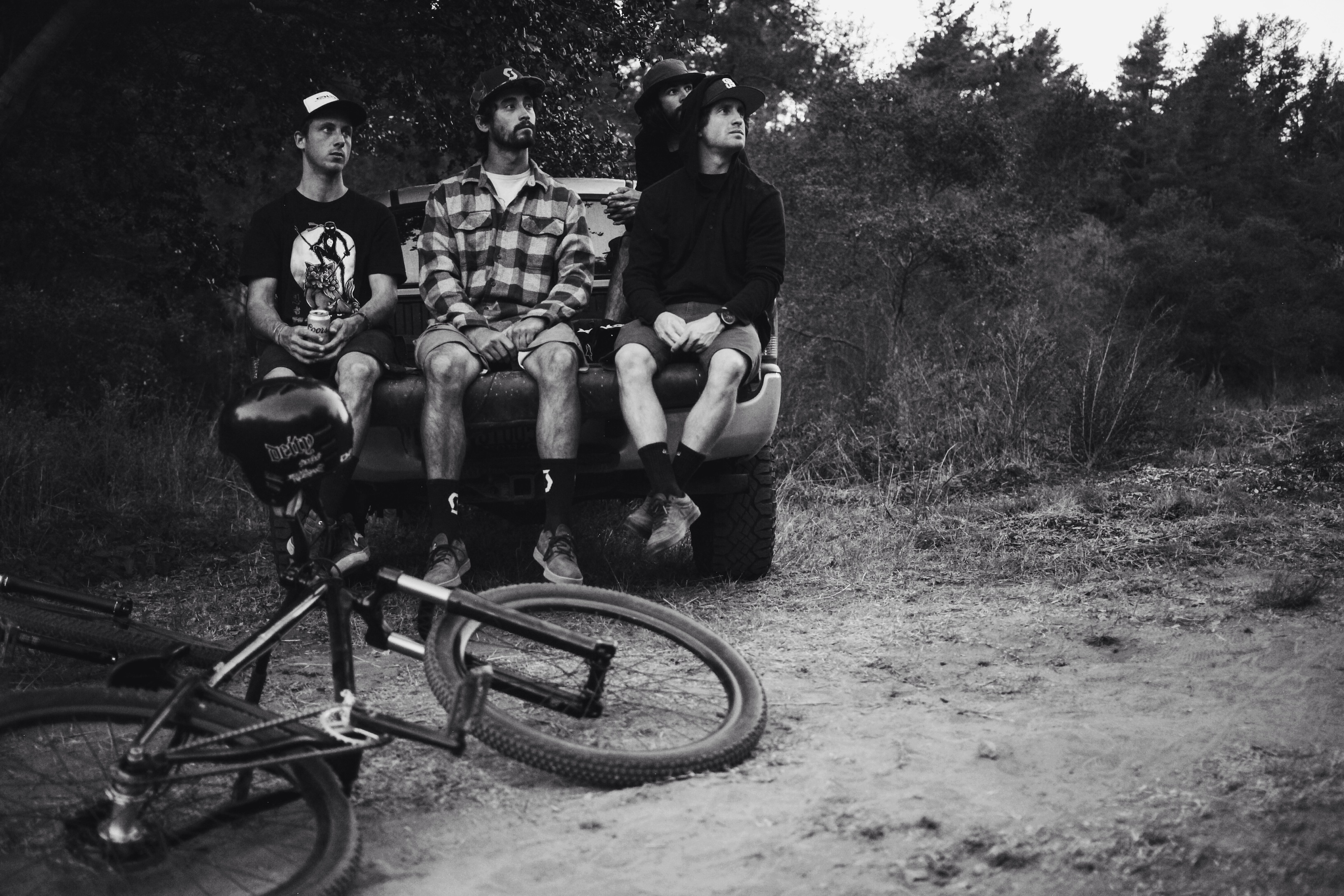 Last month we spent a couple of weeks in California. After getting home a week ago, and finally have had the time to look through our memory card. We have found 13 unused photos from our time in the States and decided to put together this monochromatic photogallery: 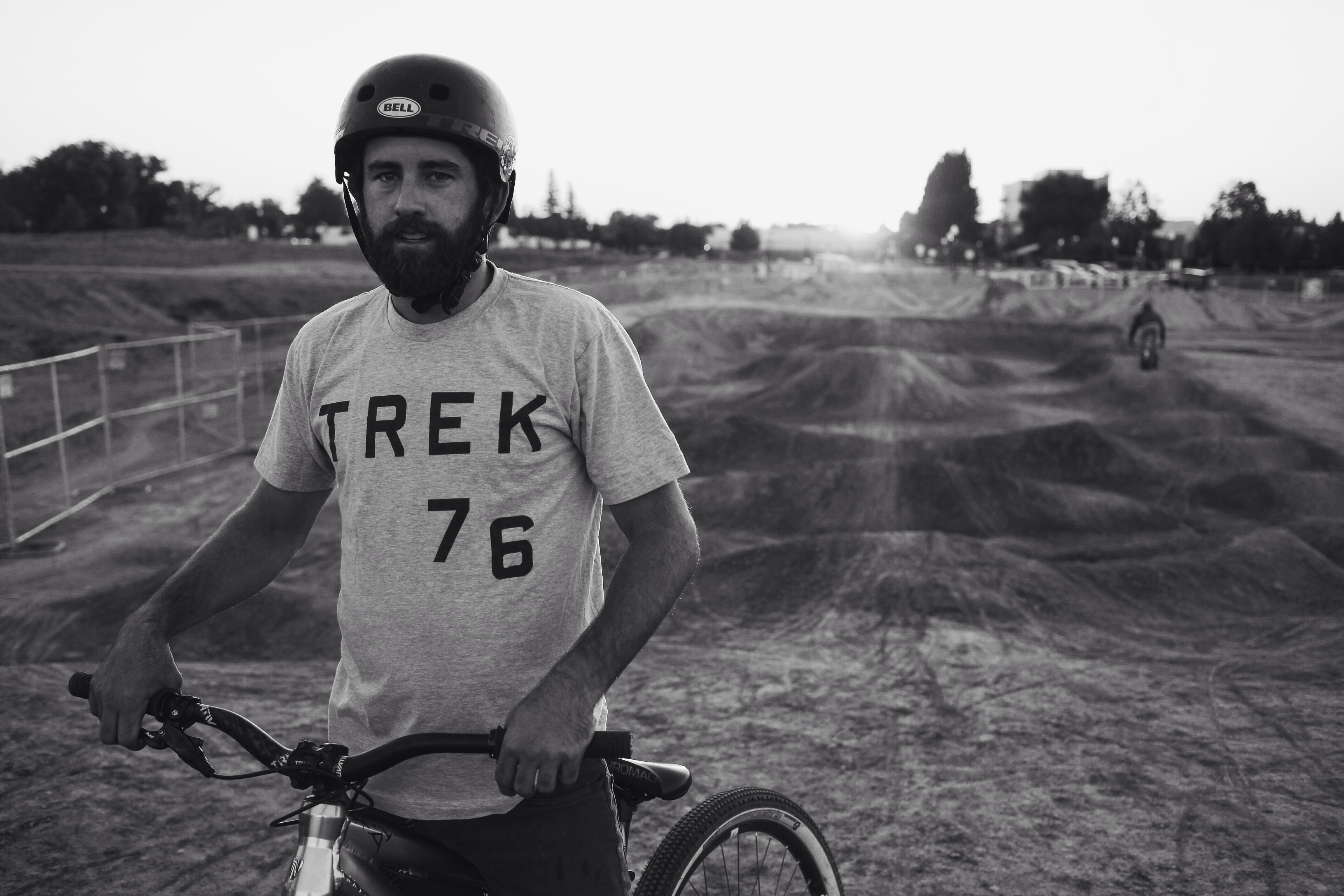 This photo was taken at 7.00am at the new bikepark in Sacramento, the capital of California. R-Dog was still asleep but the local TV was filming for the morning news so he had to do a couple of laps on the fresh pumptrack. 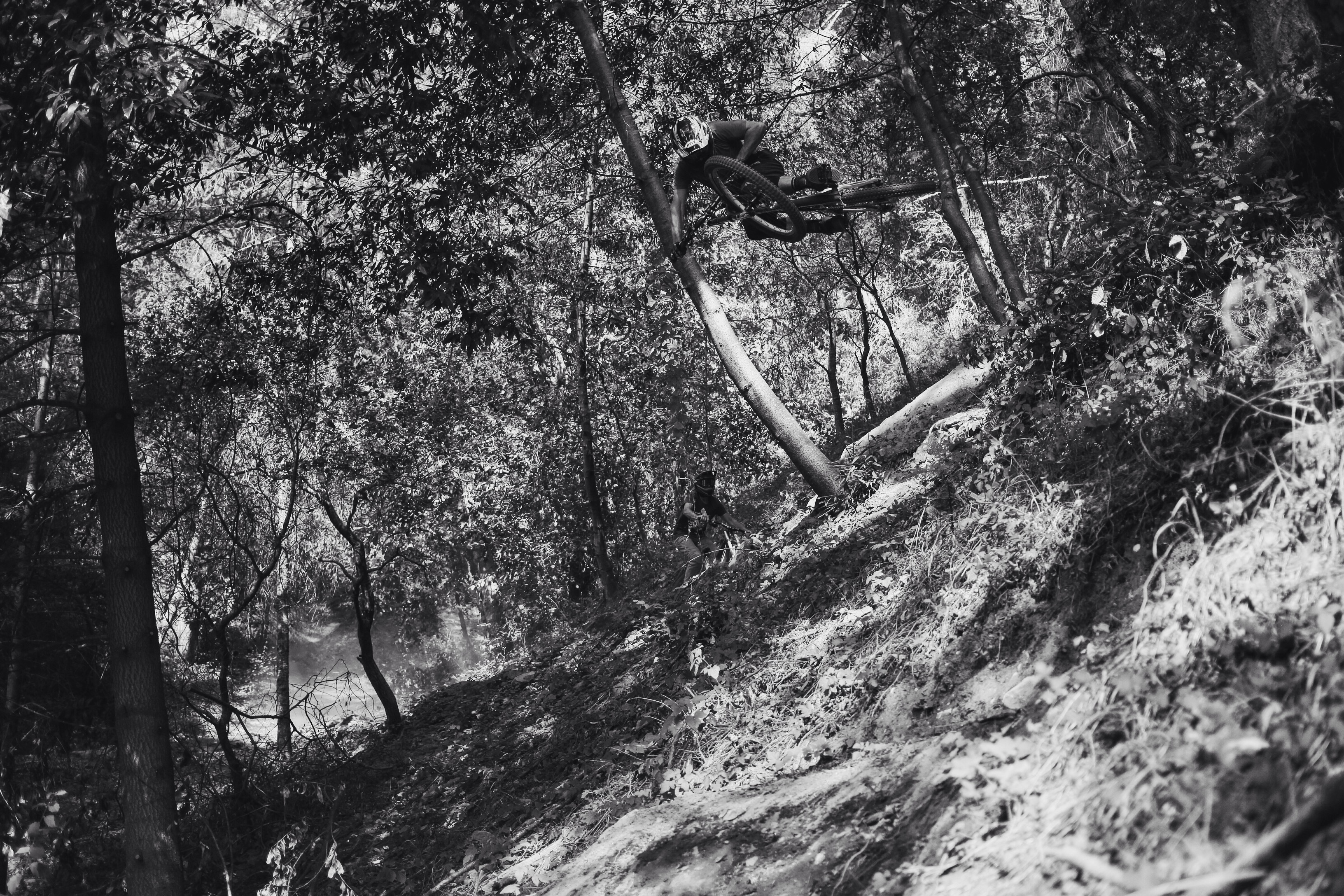 The Cruzfest course. This is the first step-down hip. R-Dog lays down a stylish table-top on his first run while AT checks in the speed. 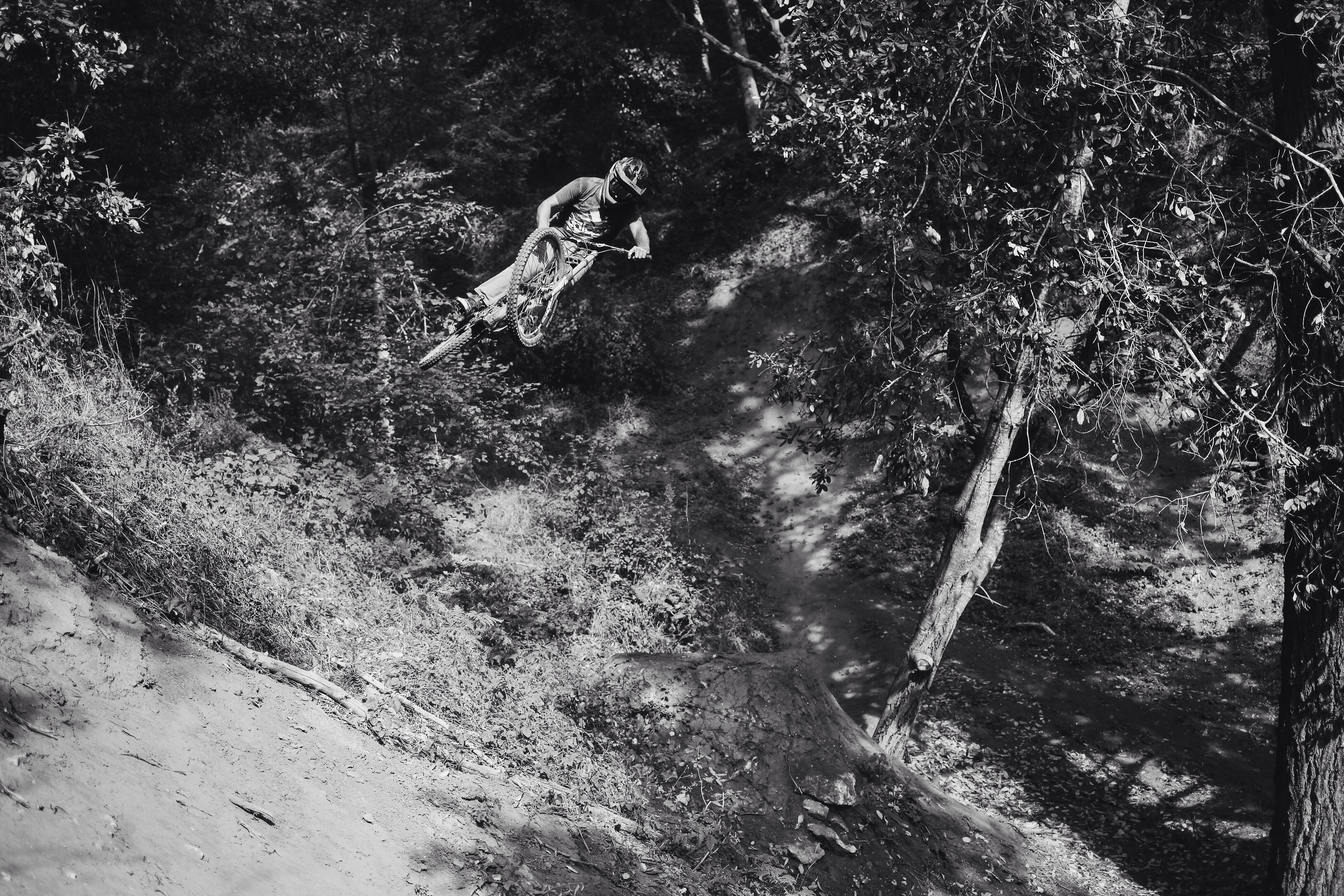 Andrew Taylor showed up to play with their longtime homies Kyle Jameson and R-Dog for the first time on the jumps. 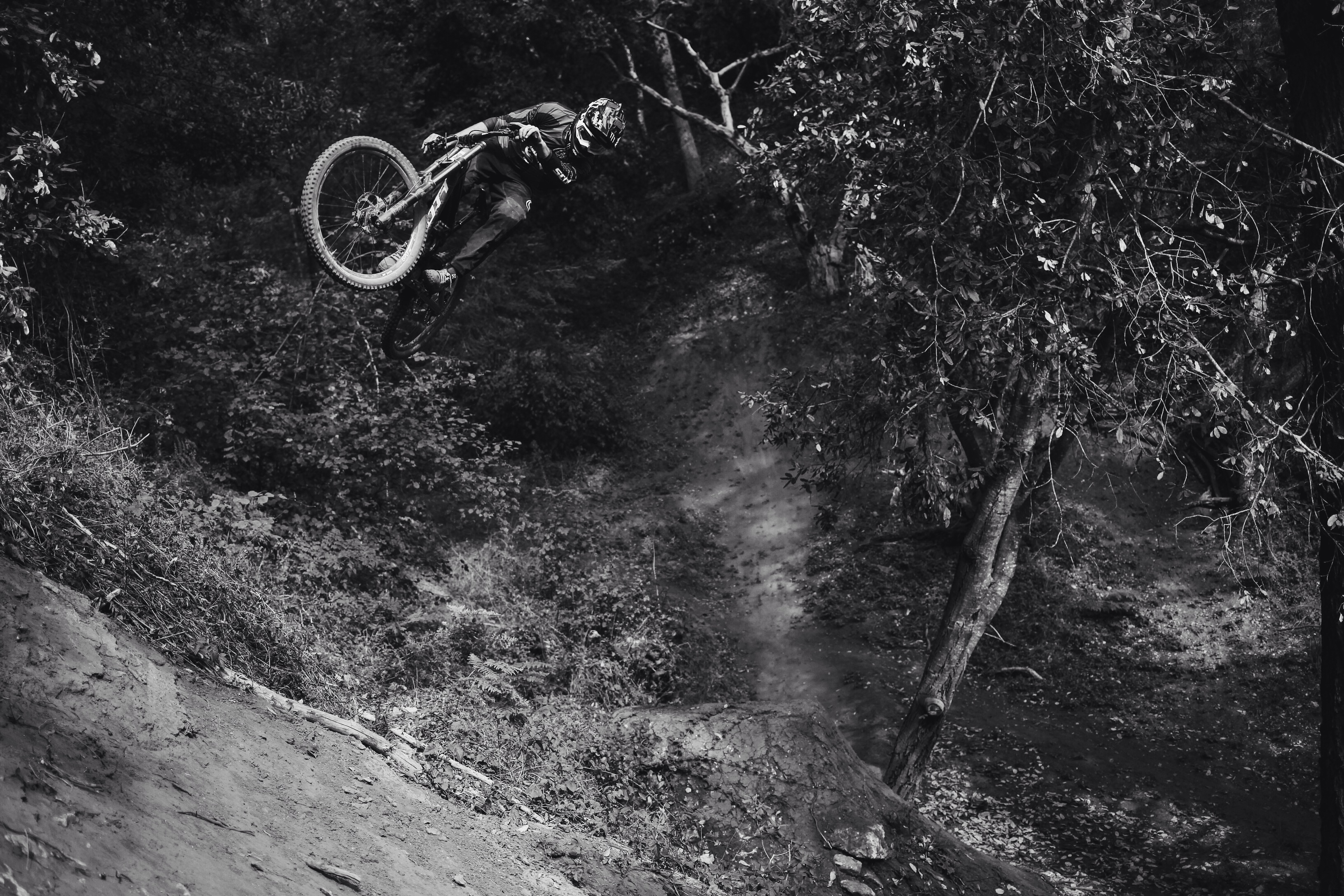 And so did Brendog. He stayed in Aptos for a week along with his trusty mechanic Big Ben and DMR rider/manager Olly Wilkins. Kyle Jameson is one of the main guys behind the Cruzfest event. He built everything with the help of Jeff Herb and R-Dog at the Swanpound, which is owned by motocross rider Arik Swan. 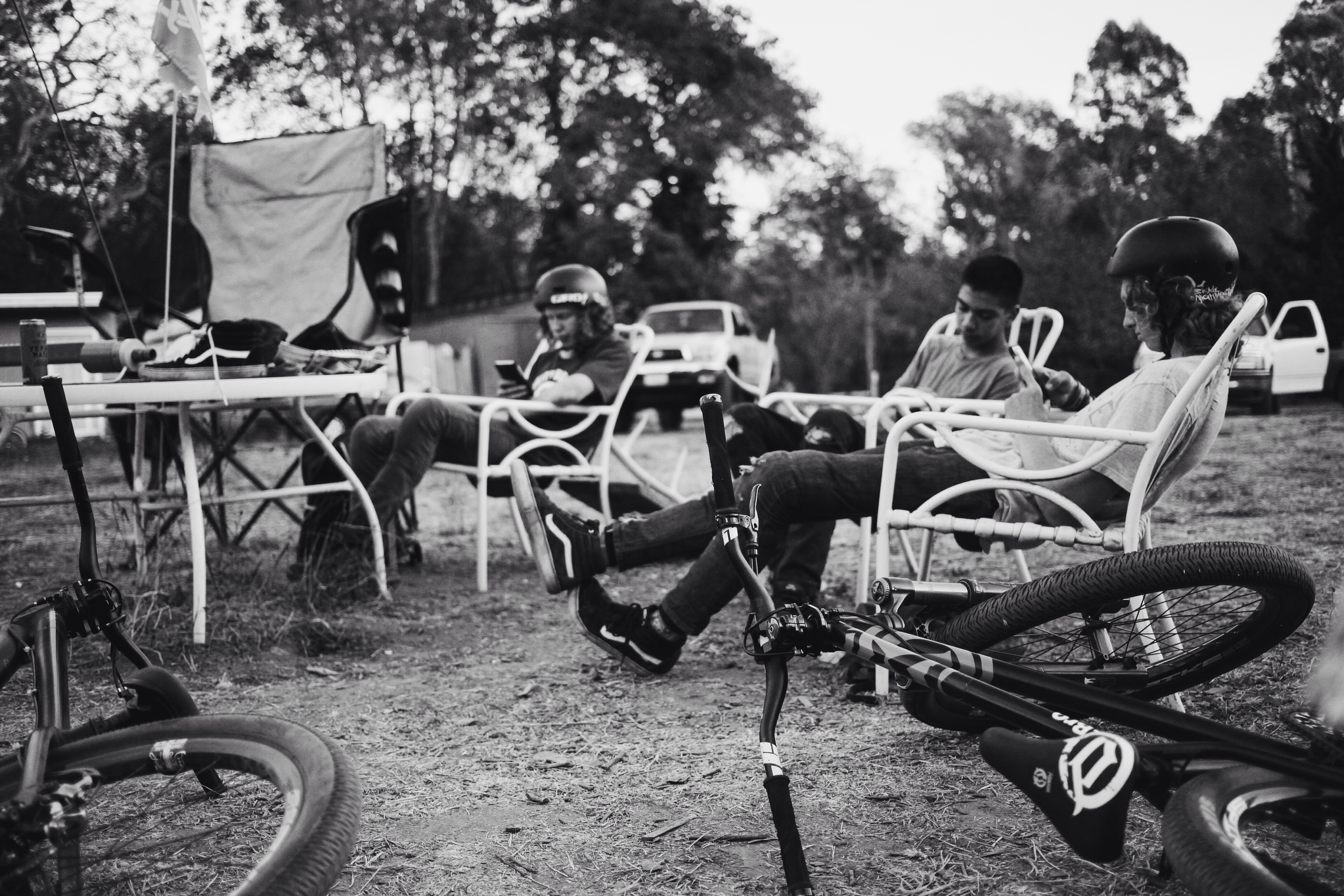 The groms. The future. Lil Red, Marco and Obro instagrammin’ before sessioning at the Deer Camp. Photo by Alex Reveles. T-Mac wanted to shoot photos. So we let him use our camera. He snapped this portrait of Garret Mechem, better known as Lil Red. Photo by Tyler McCaul. 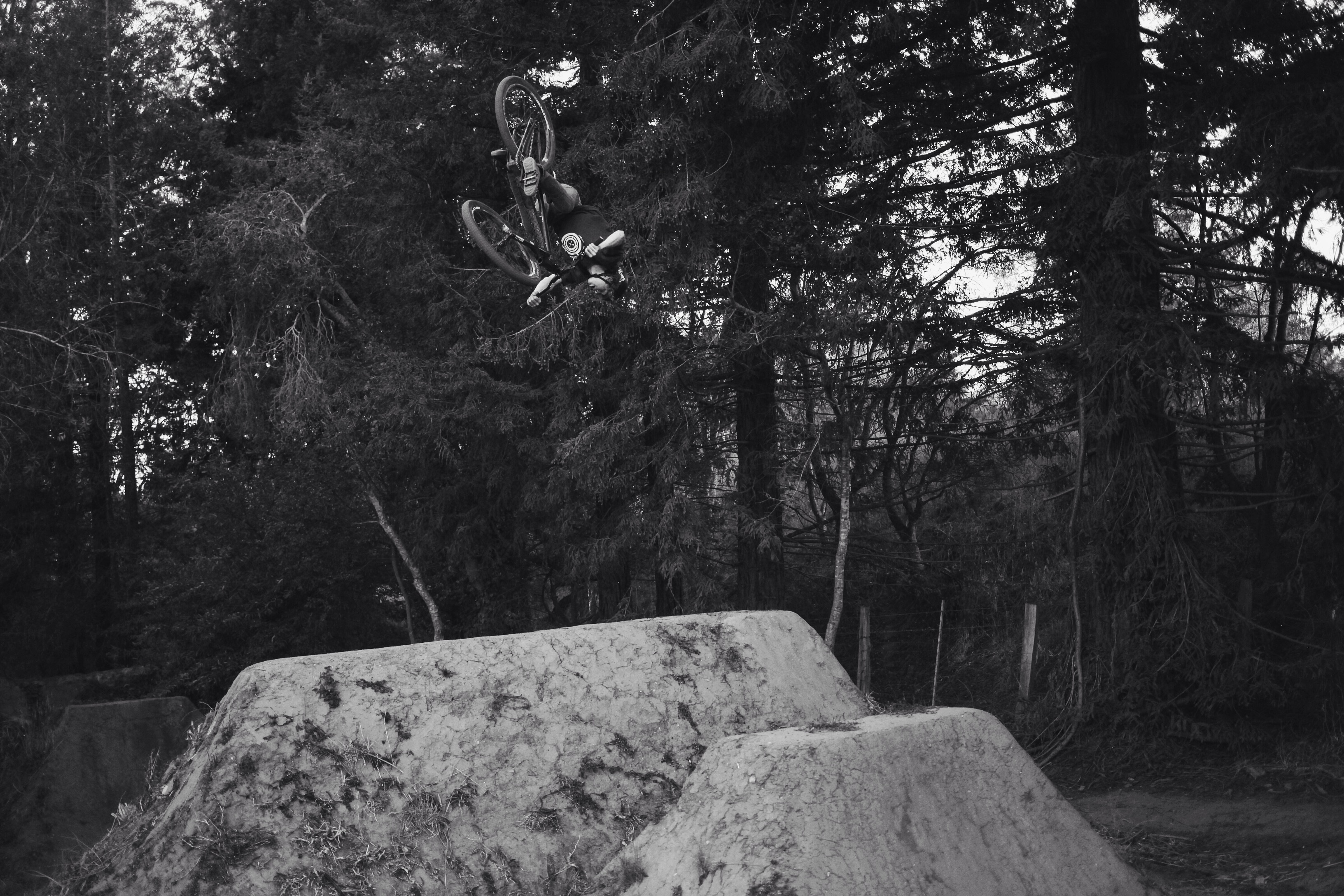 The groms of today know how to spin a jump… As you can see on this shot of Lil Red. 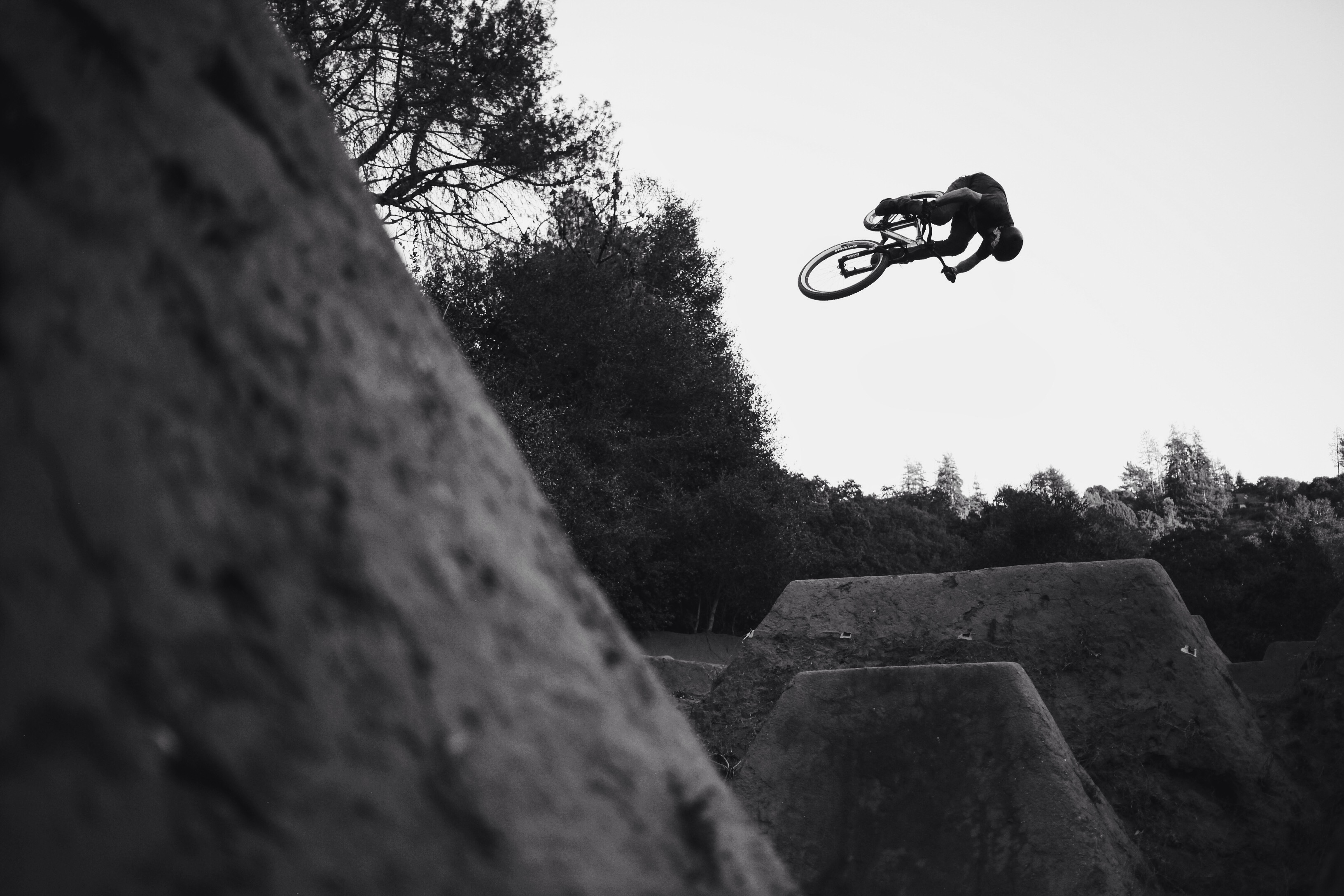 From the Deer Camp to Freedom 40. Probably the best riding spot in Santa Cruz right now – RIP Post Office. R-Dog and his classic move, the 360. 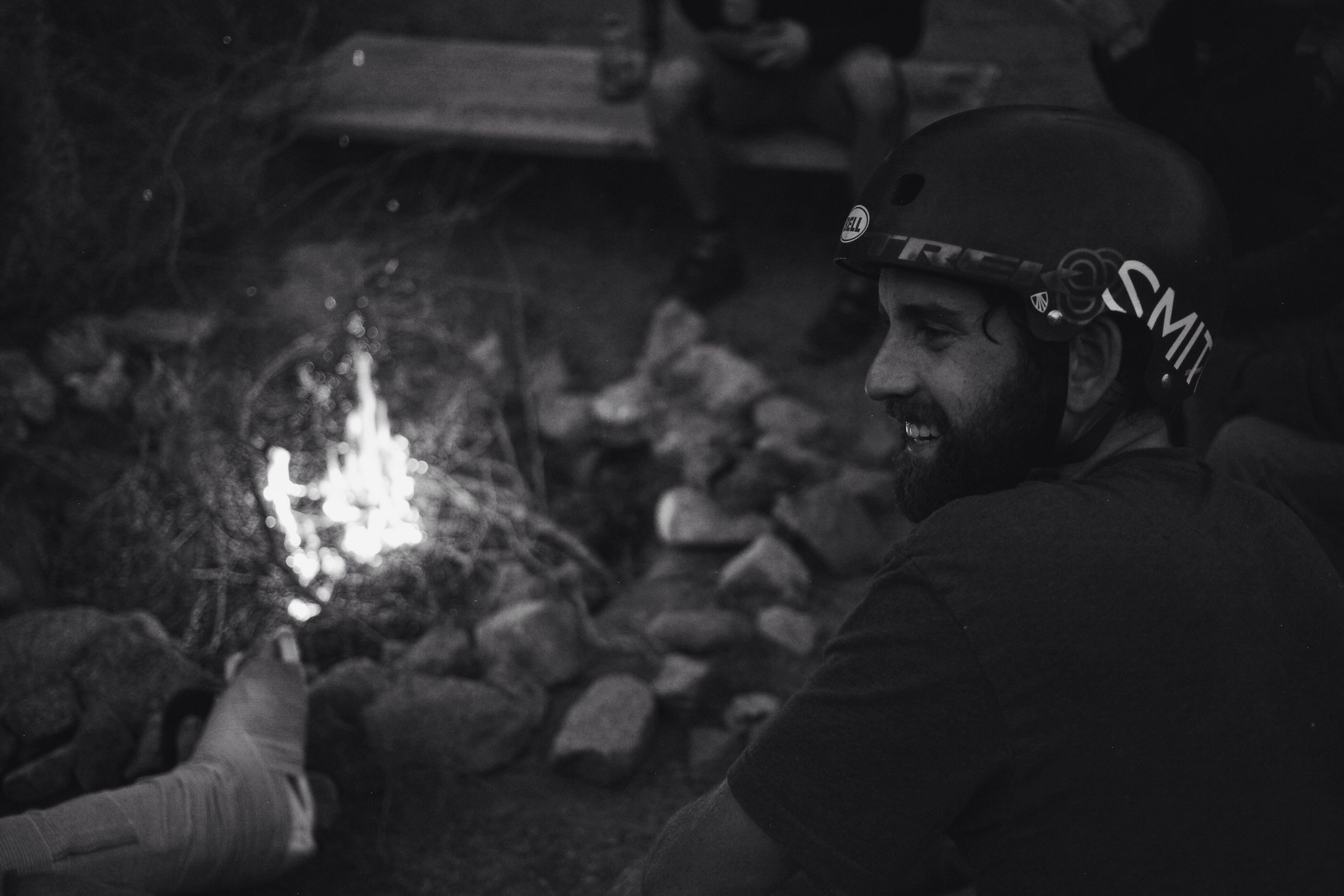 Bonfire and roadtrip stories after a good dirt jump session. 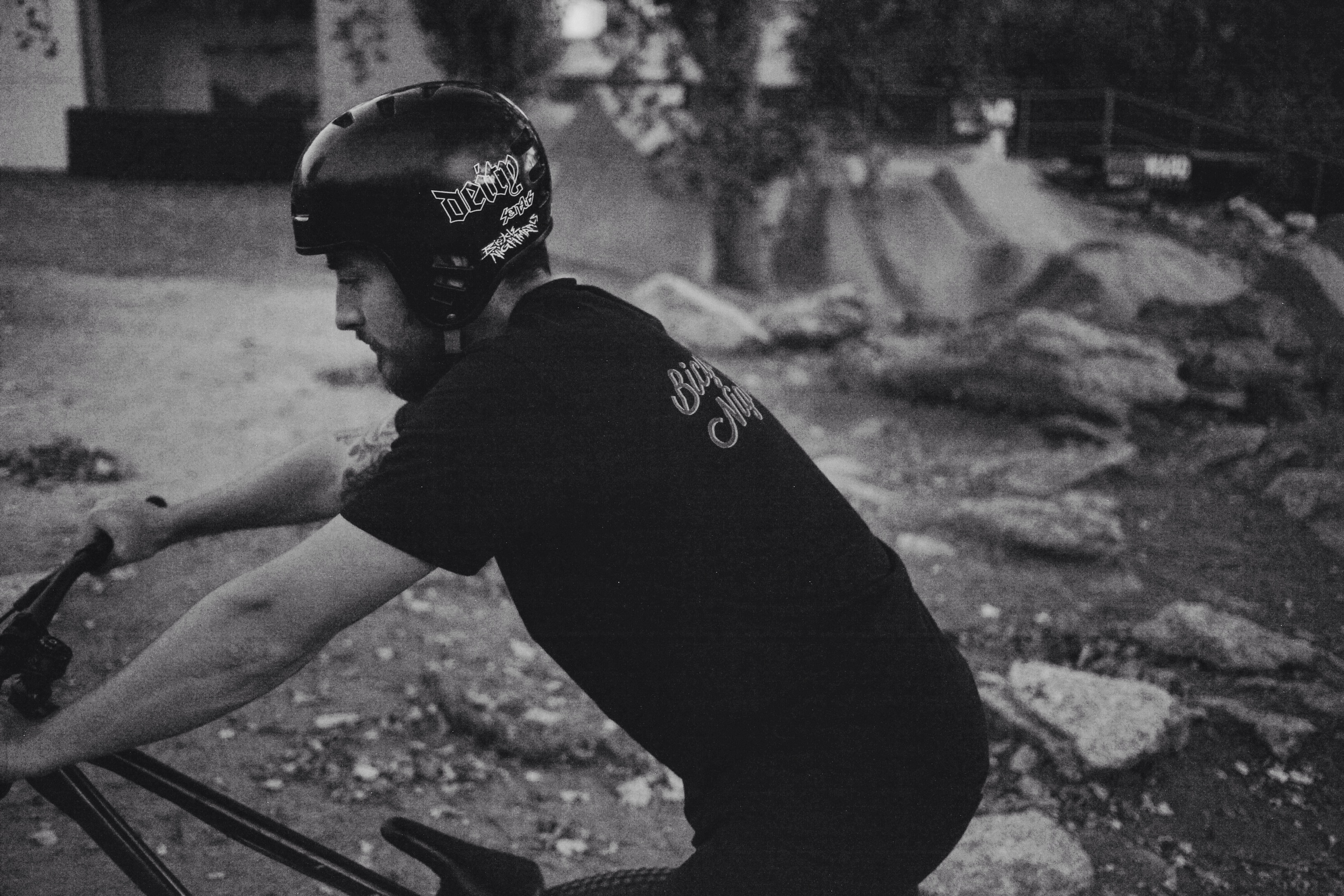 We spent a couple days at Woodward West to visit our good friend Jake Kinney and ride that magical place. Photo by Alex Reveles. 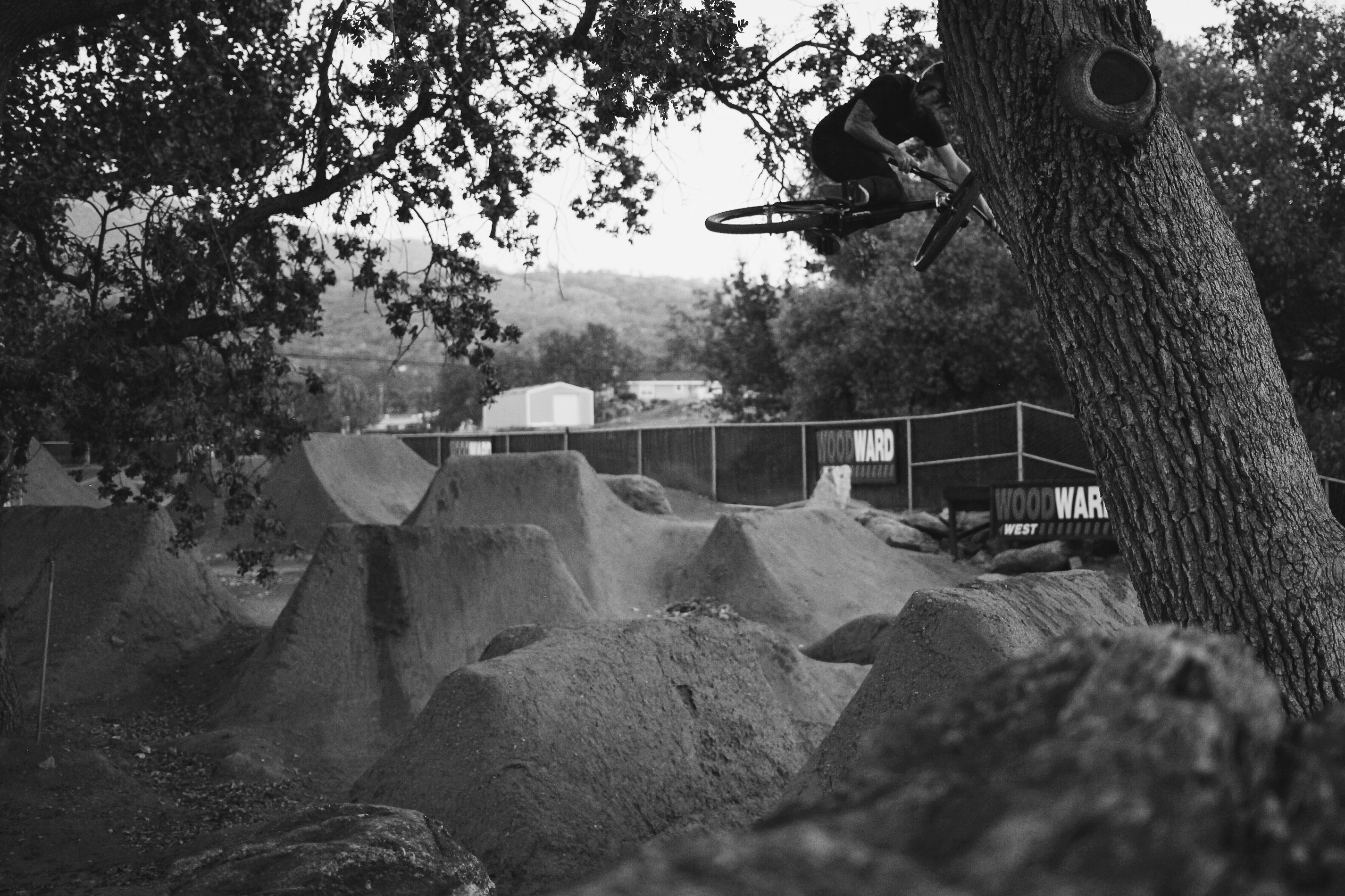 Endless runs at the trails. Here we are testing out the new Deity Components Cavity 35mm stem and CZ38 bars. By the end of this month, we will post an article about the rider owned and operated company. Photo by Alex Reveles. 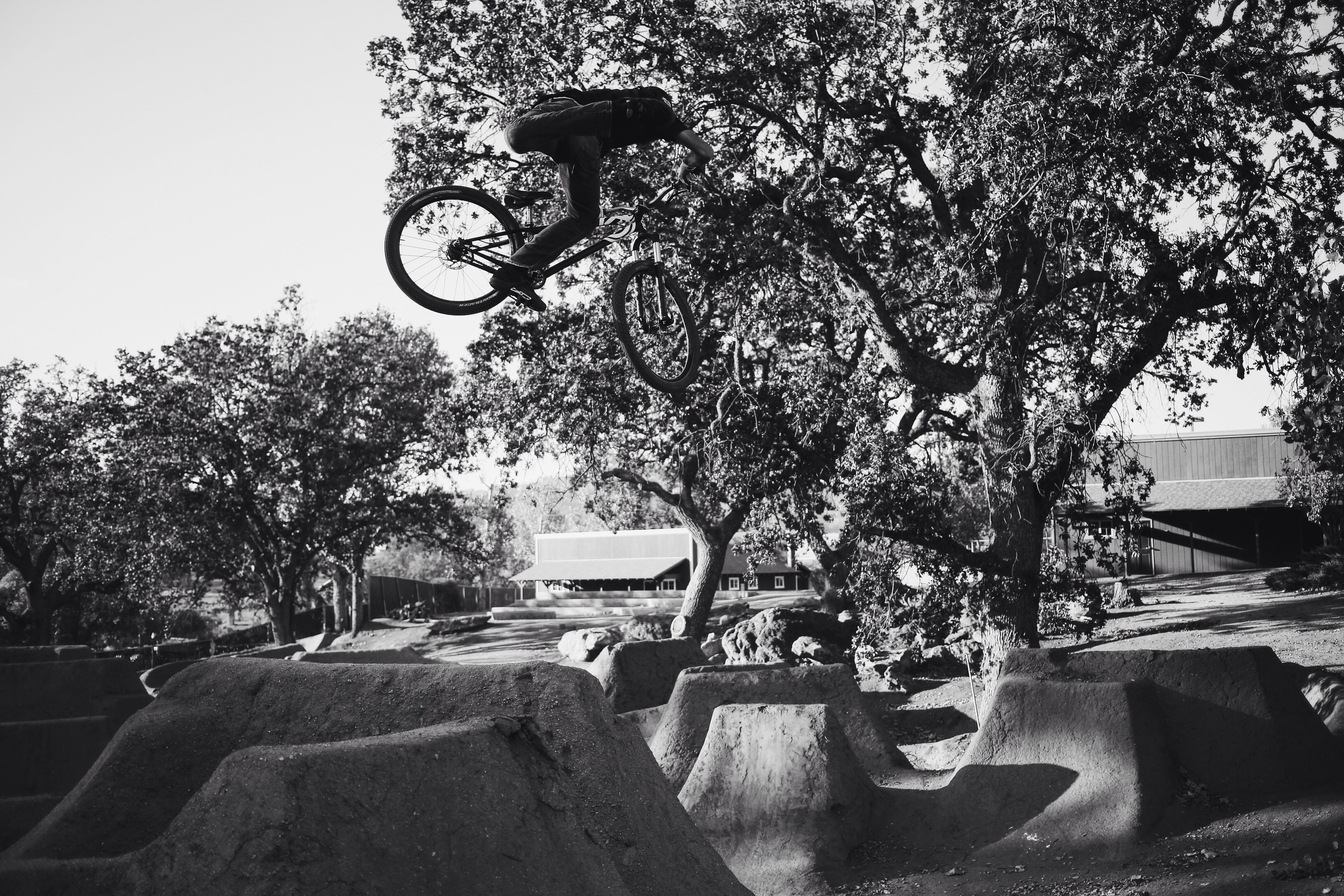 Alex Reveles doing a stretched out old school nac-nac on Love line. This guy has more style than you do, especially when spinning jumps.