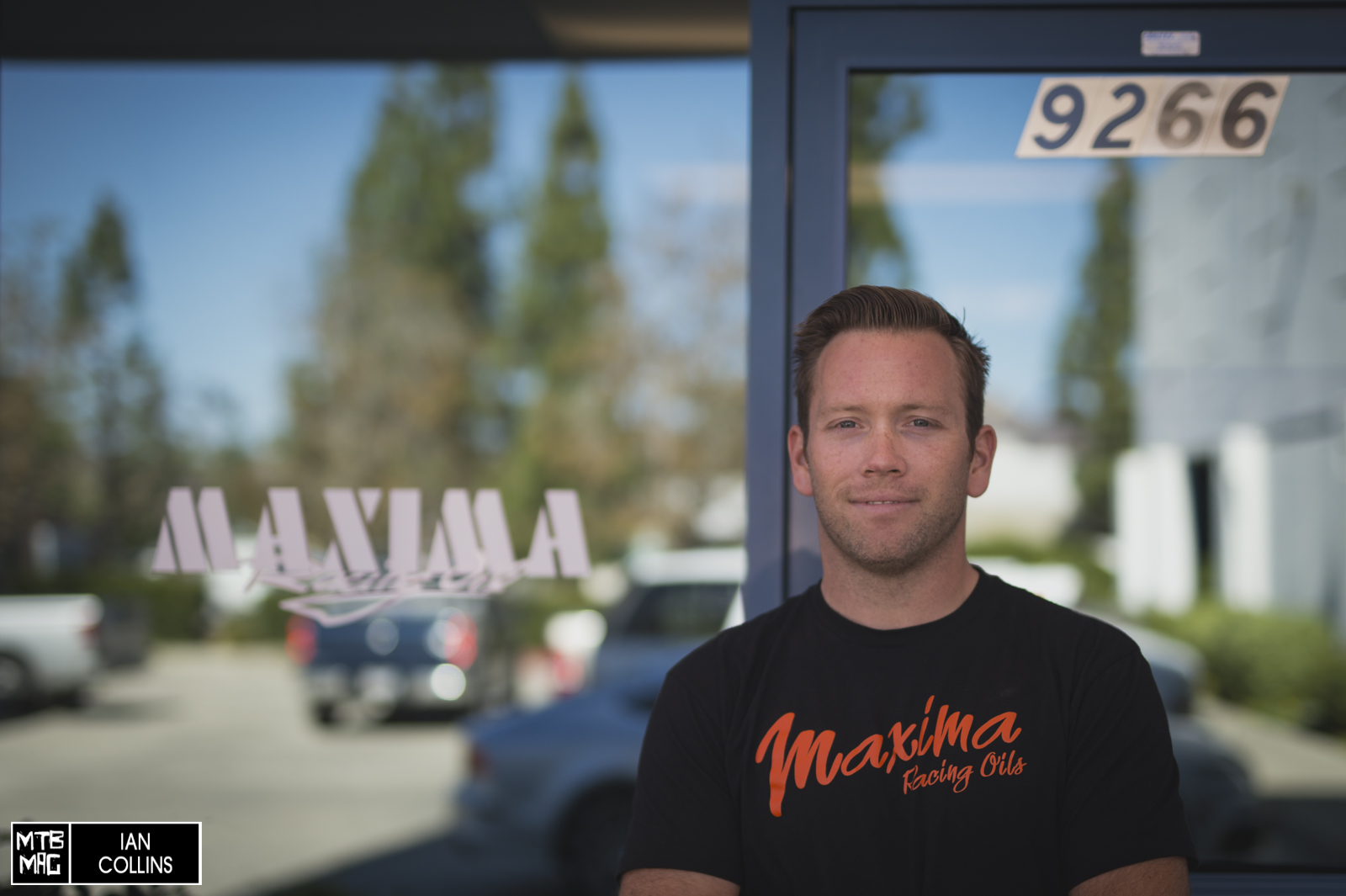 Welcome to Maxima USA. As brand manager for the bicycle division, Sean “Griz” McClendon will be our tour guide. Founded in 1979 by Dick Lechien and Roland Reed, Maxima has been a leading brand in lubrication since their inception. 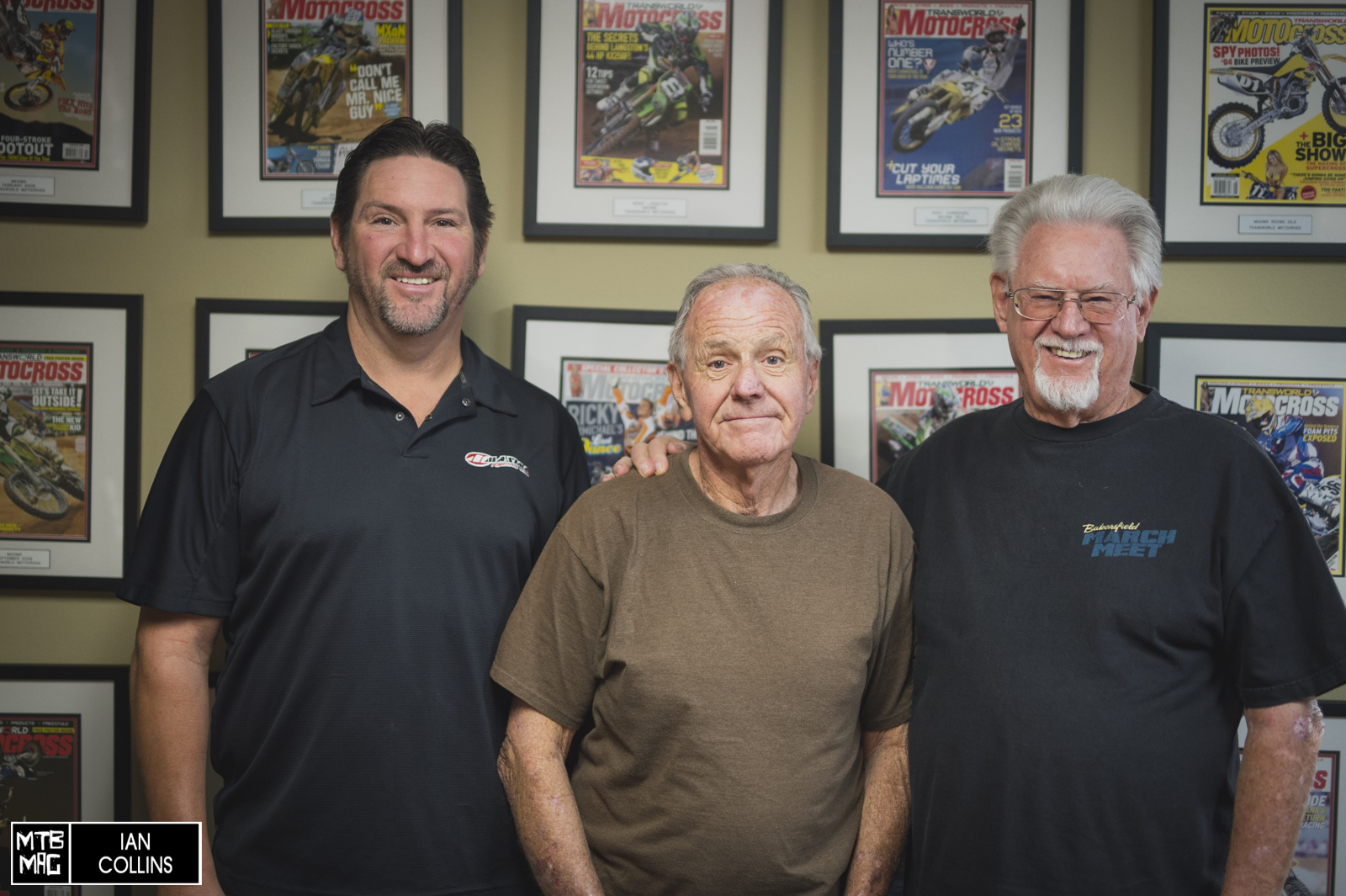 Let’s start with some history. These guys are the founding roots of Maxima. Right to left, Dick Lechien, Roland Reed and motocross legend Ronnie “Dogger” Lechien. 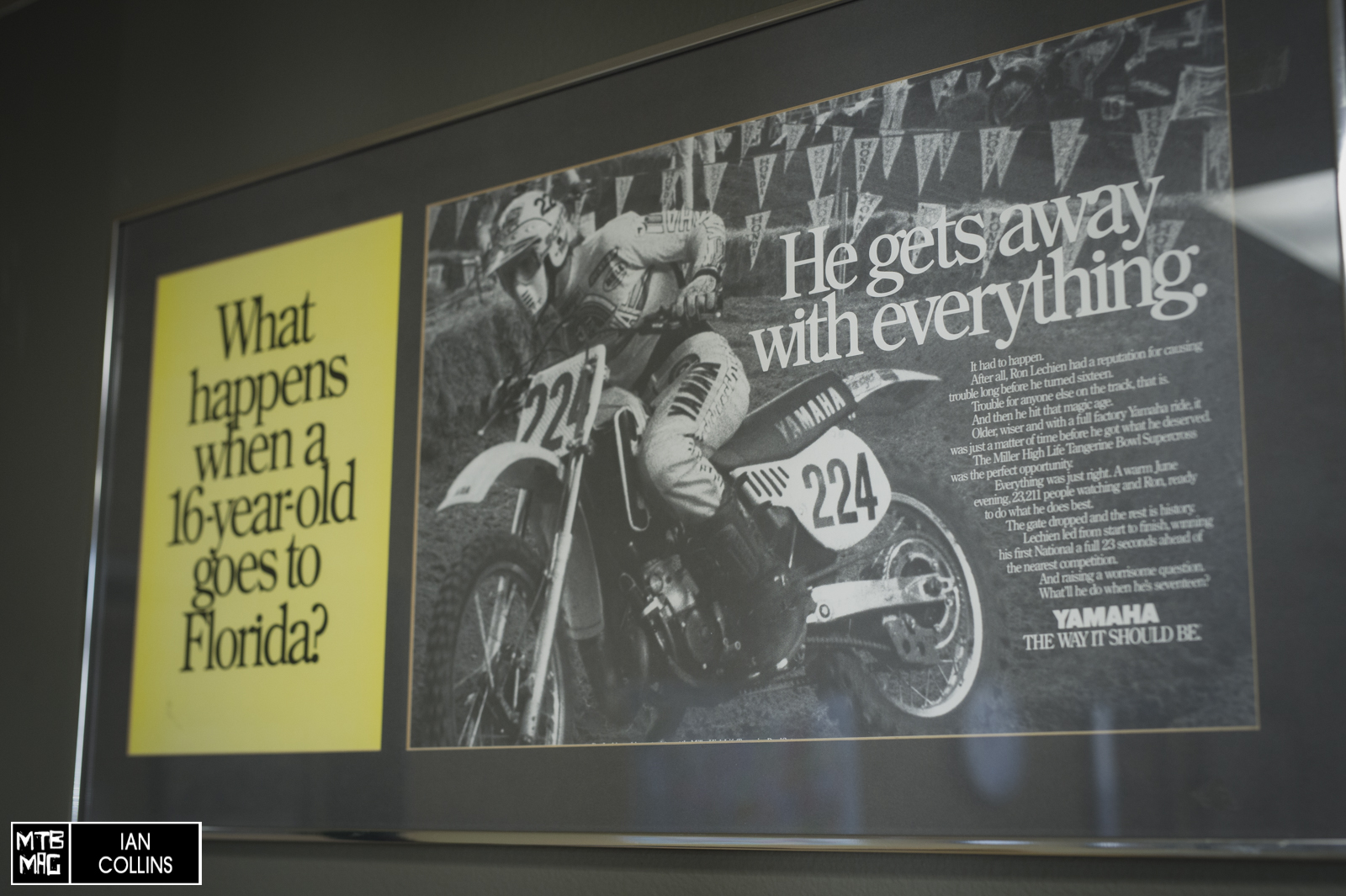 Back when Dogger(pictured above) was a young motocross racer, he and his father Dick used a castor based 2-stroke premix. When the company who made that mix went out of business, Dick teamed up with Roland (who was was mechanical engineer) to found Maxima and make their own oil. 35 years later, that same oil is known as Castor 927 and remains a top selling product for them. 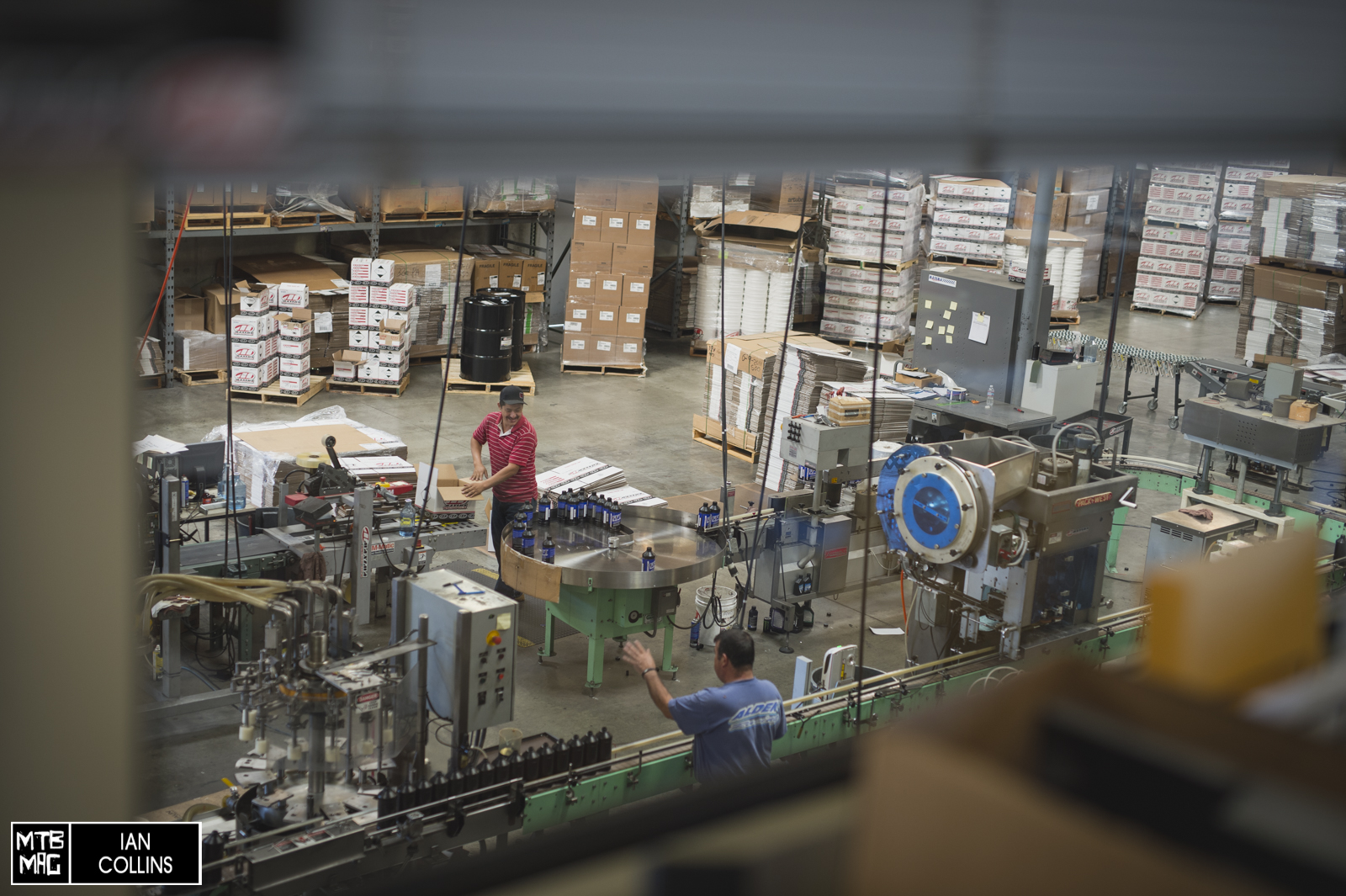 This is the view from their office. They can see most of the processing and logistics take place from here. 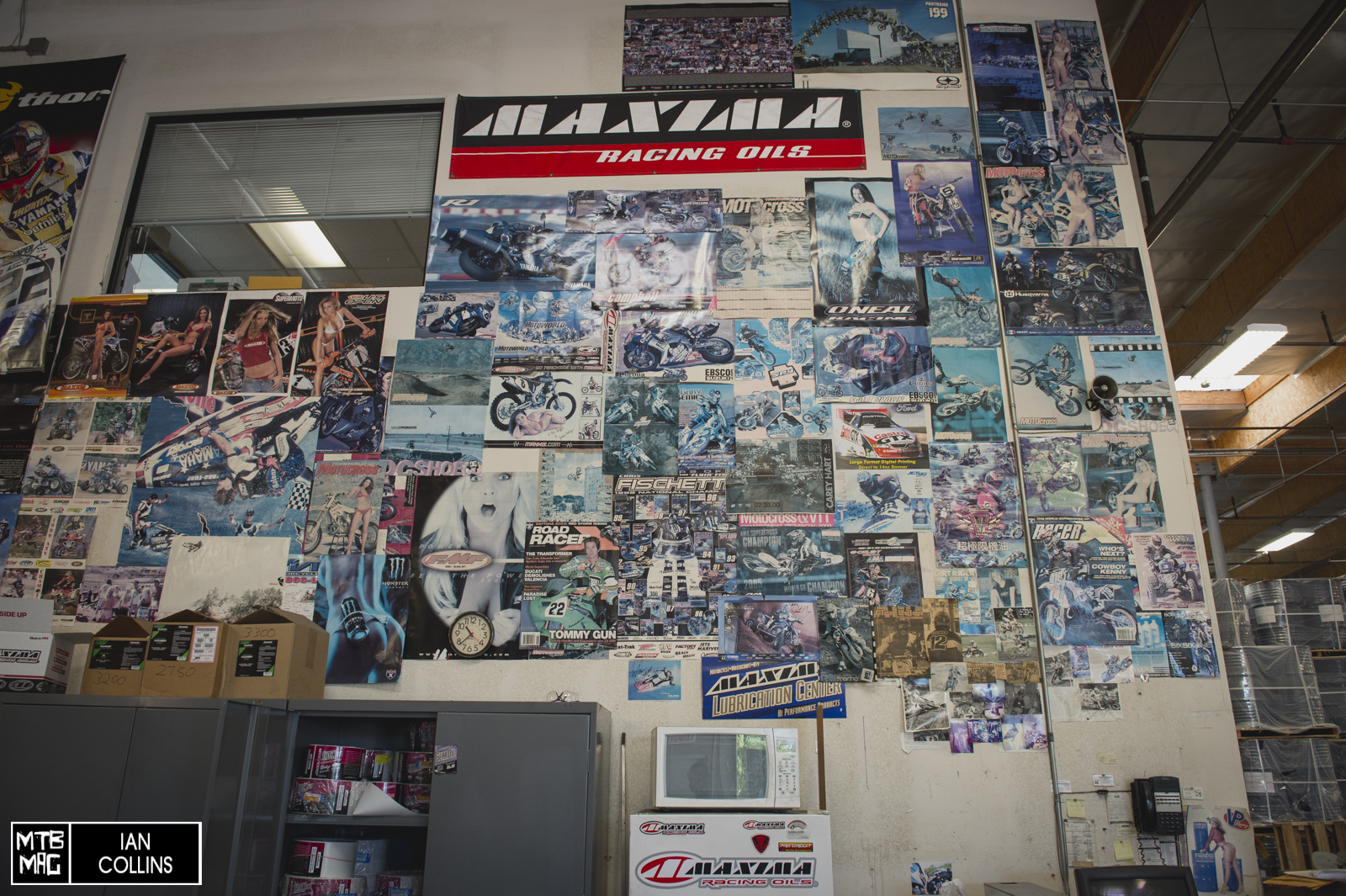 Here is the view looking back up at their office. 35 years of history plastered on that wall. 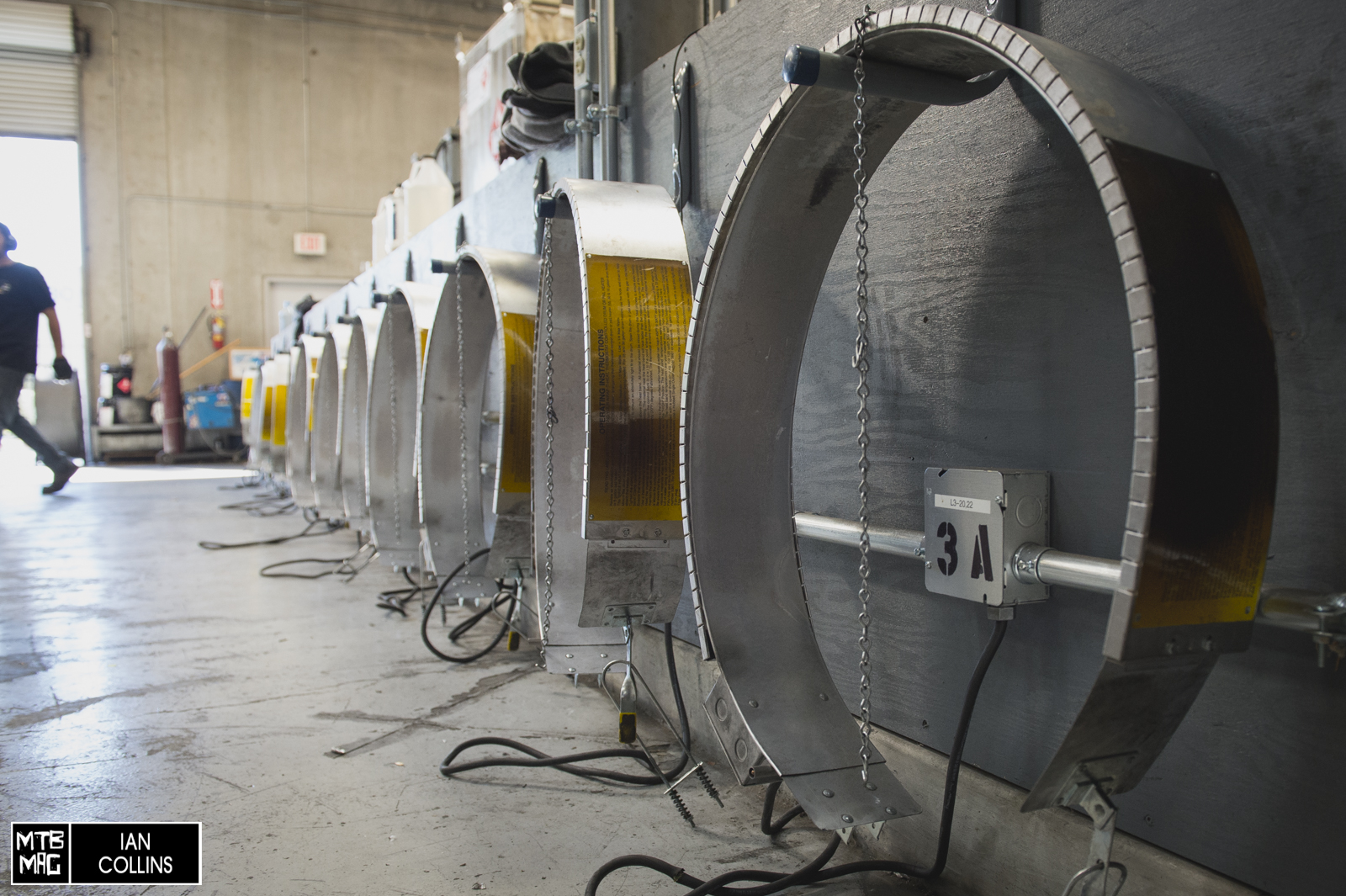 Let’s get into the thick of it in the factory. Each oil drum is brought up to a specific temperature by the heating elements pictured above. This is critical in blending polymers with base oils and additives. The heating elements are set on timers to start warming the drums around 2:30 AM each night. The factory runs from 6:00 AM to 5:00 PM Monday through Thursday. With most of the volume going to the motocross side of the business, Maxima understands the importance of racing and thus the 3 – day weekend. Work hard, play hard. 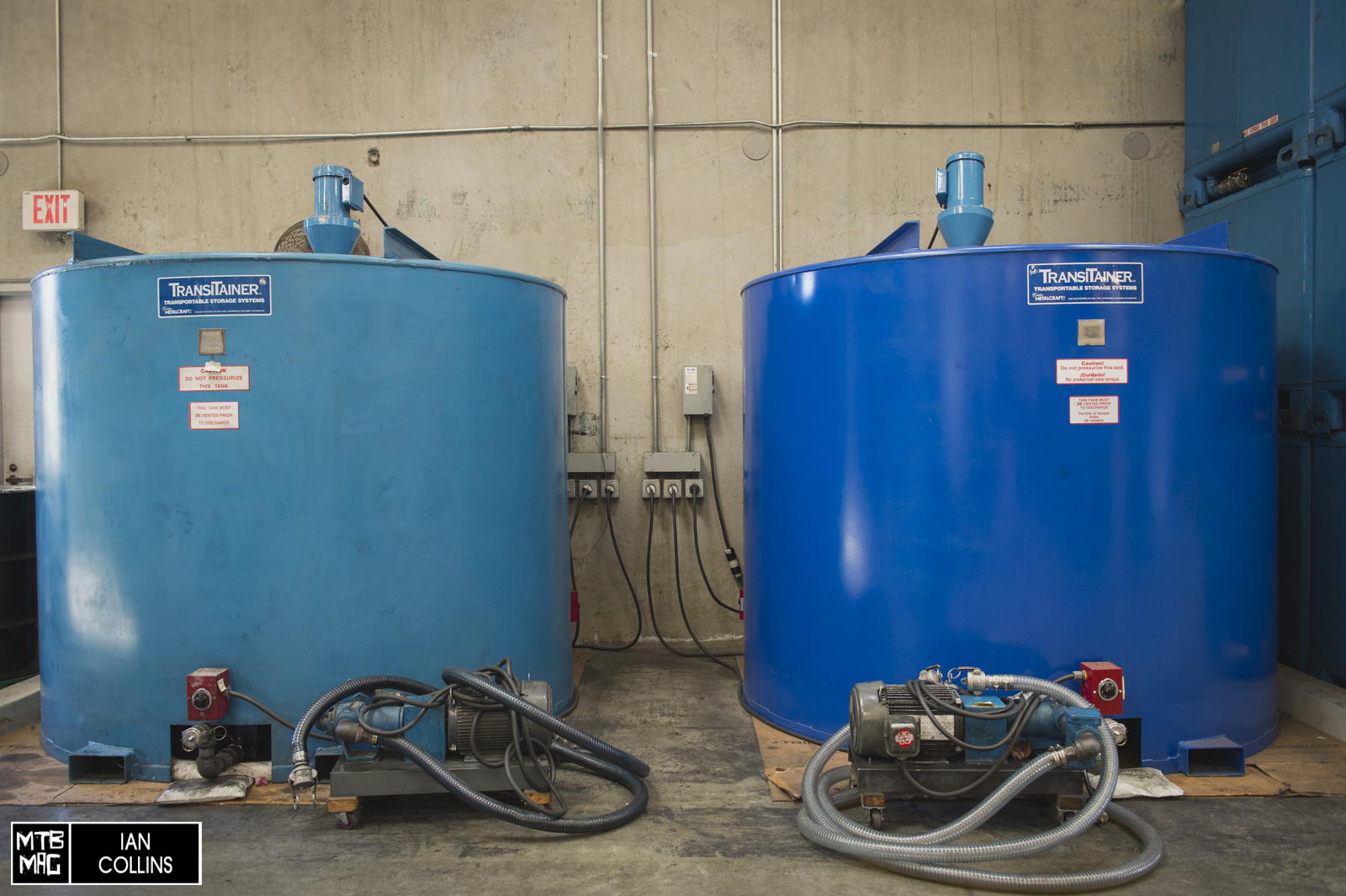 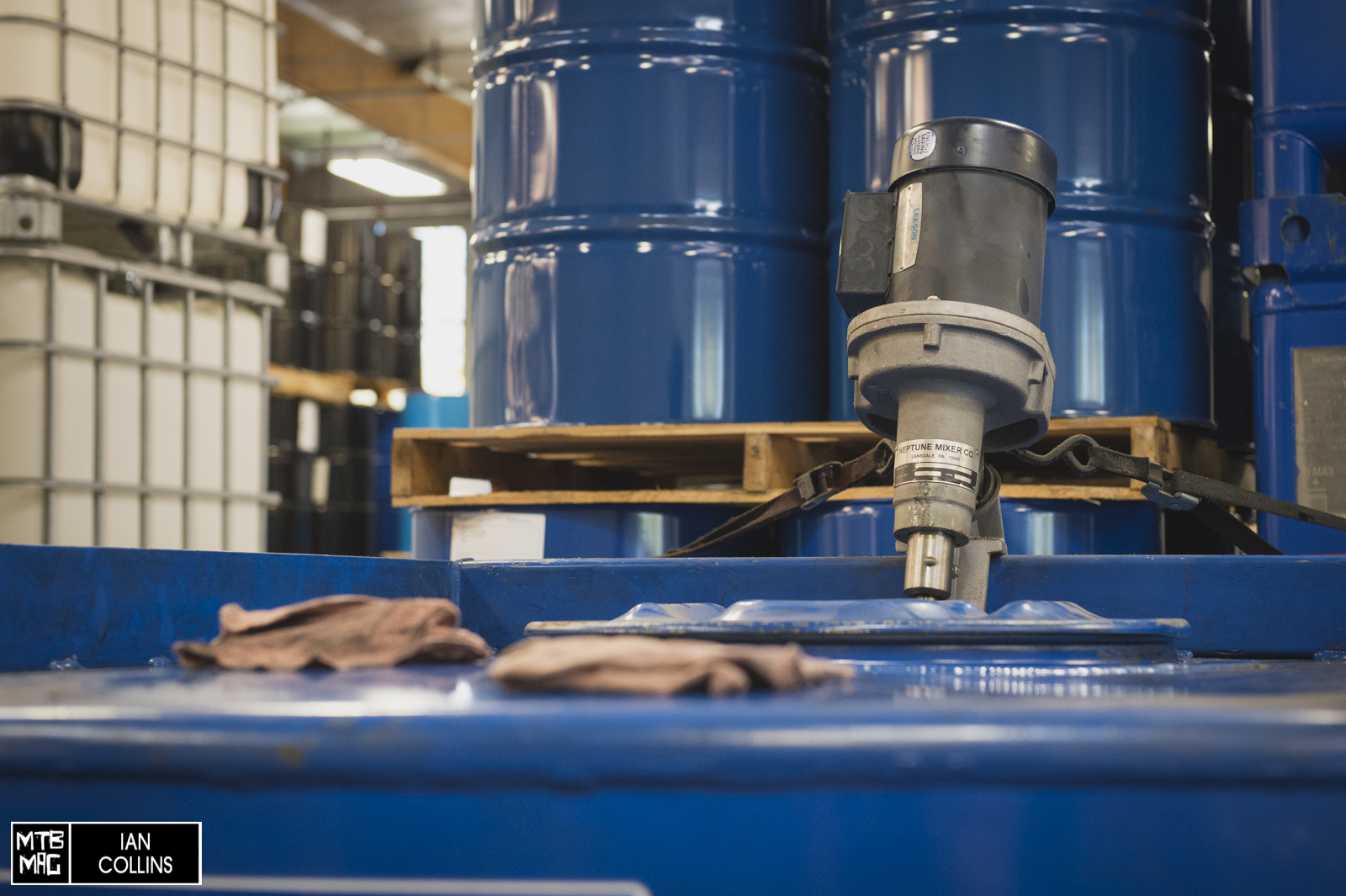 All different types of oil being stored and ready for processing. The pic directly above shows a mixer in action spinning away at a drum of oil. It could be prepping your fork fluid right now. 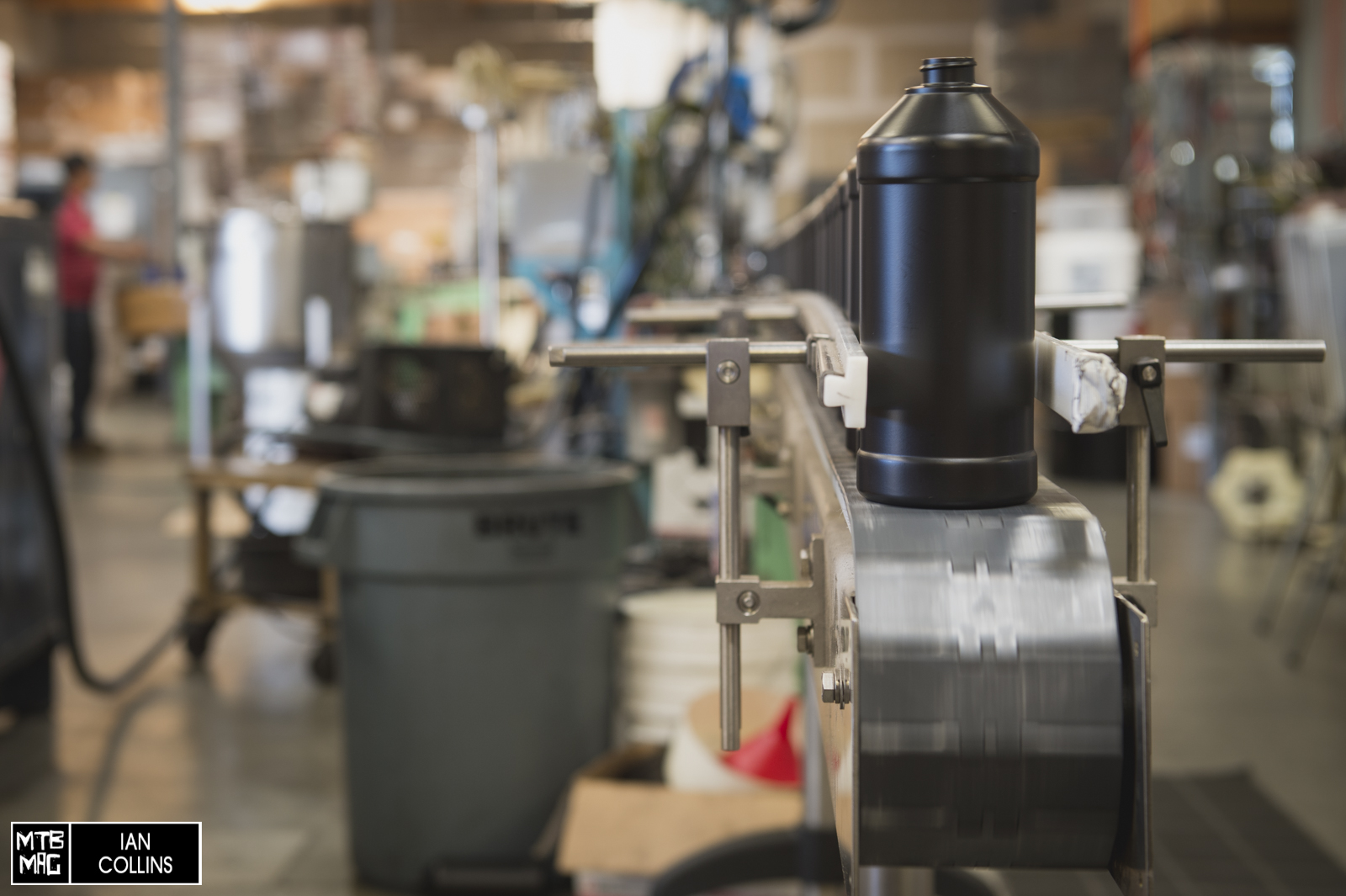 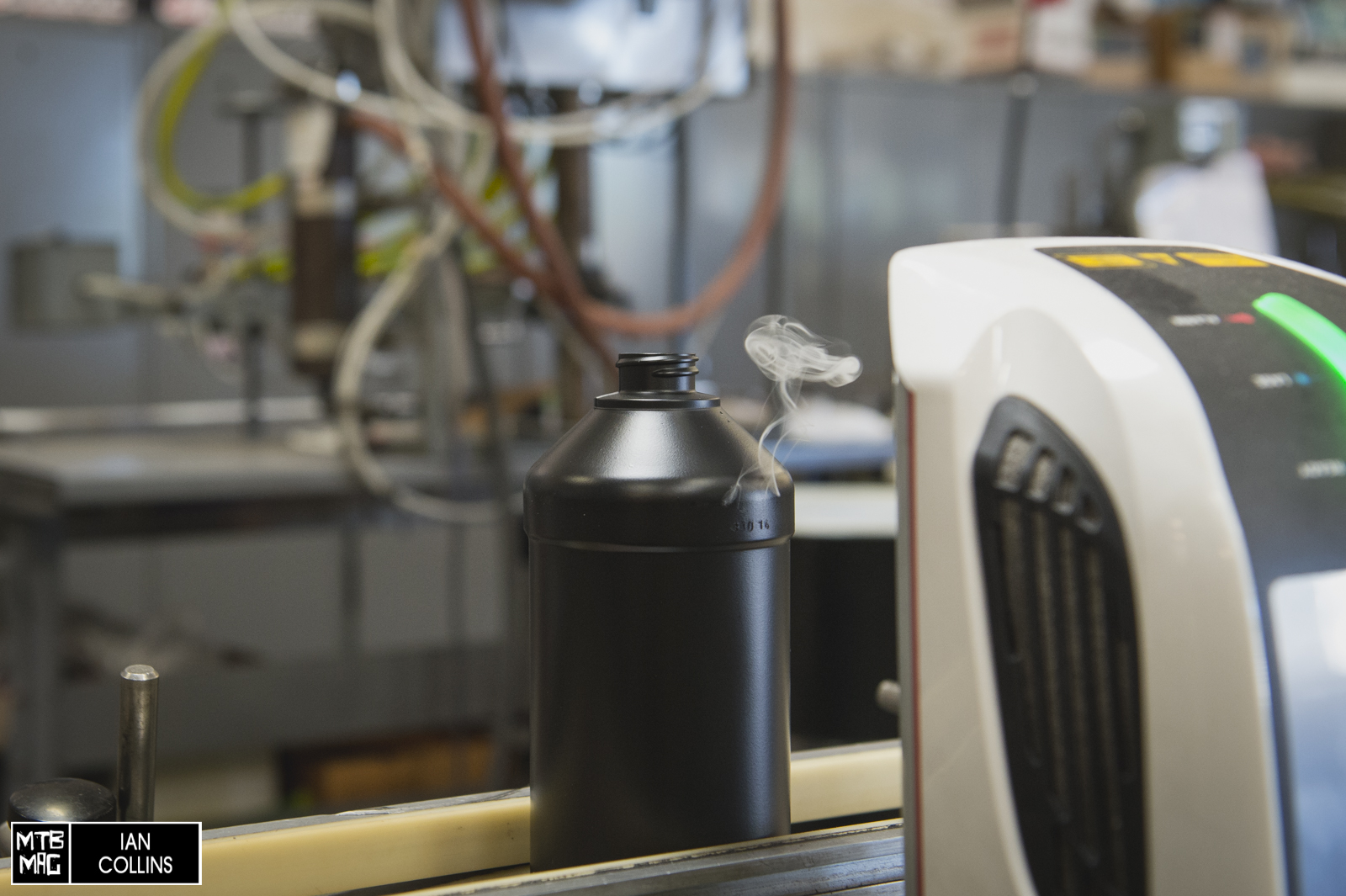 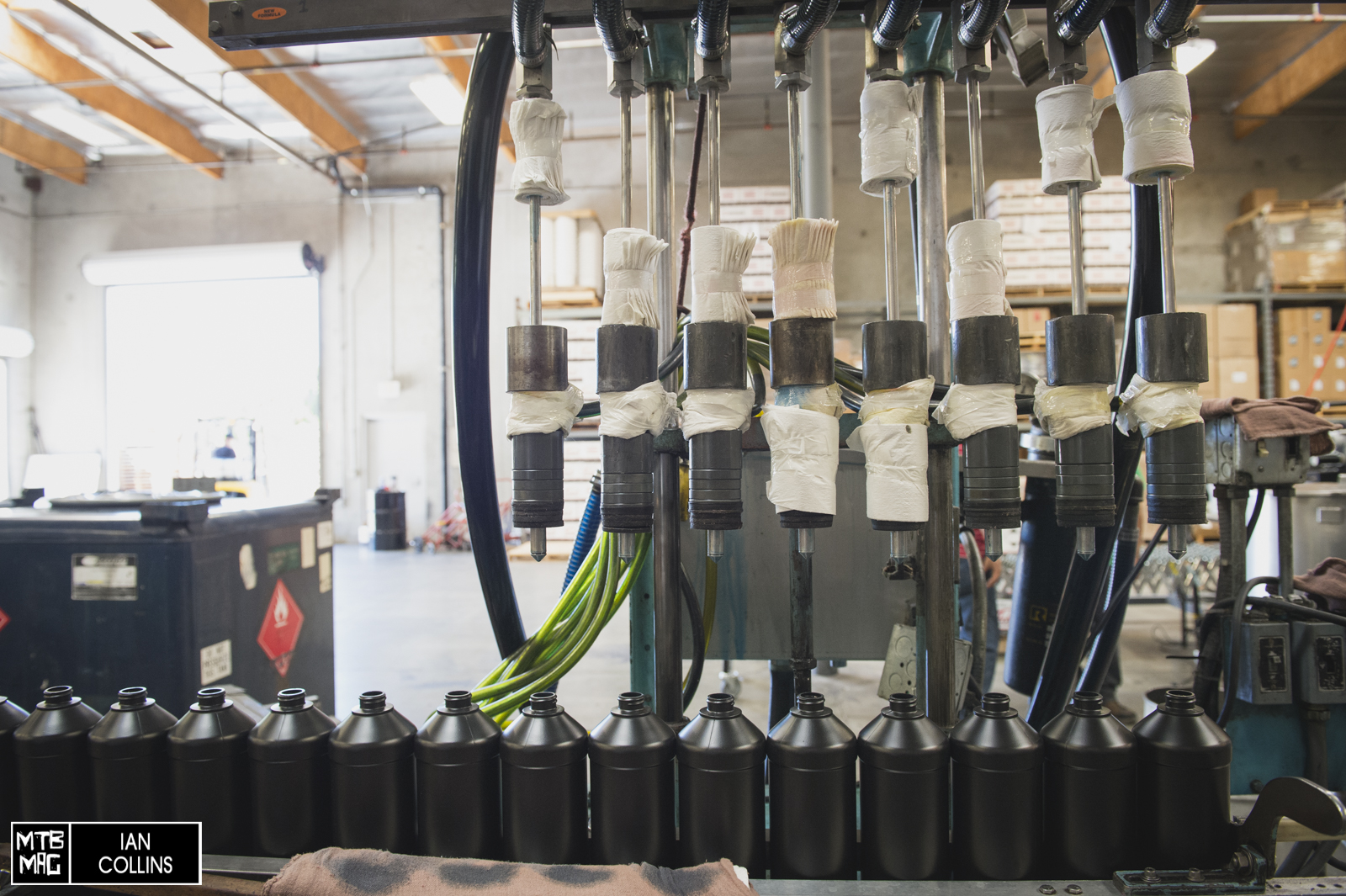 Bottling. This was pretty cool to see. Griz explained that the machine the bottles run on was original equipment acquired by Maxima in 1979. It was awesome to see this equipment running, 35 years later it still runs like a dream. Each bottle was later etched with a date after being filled. 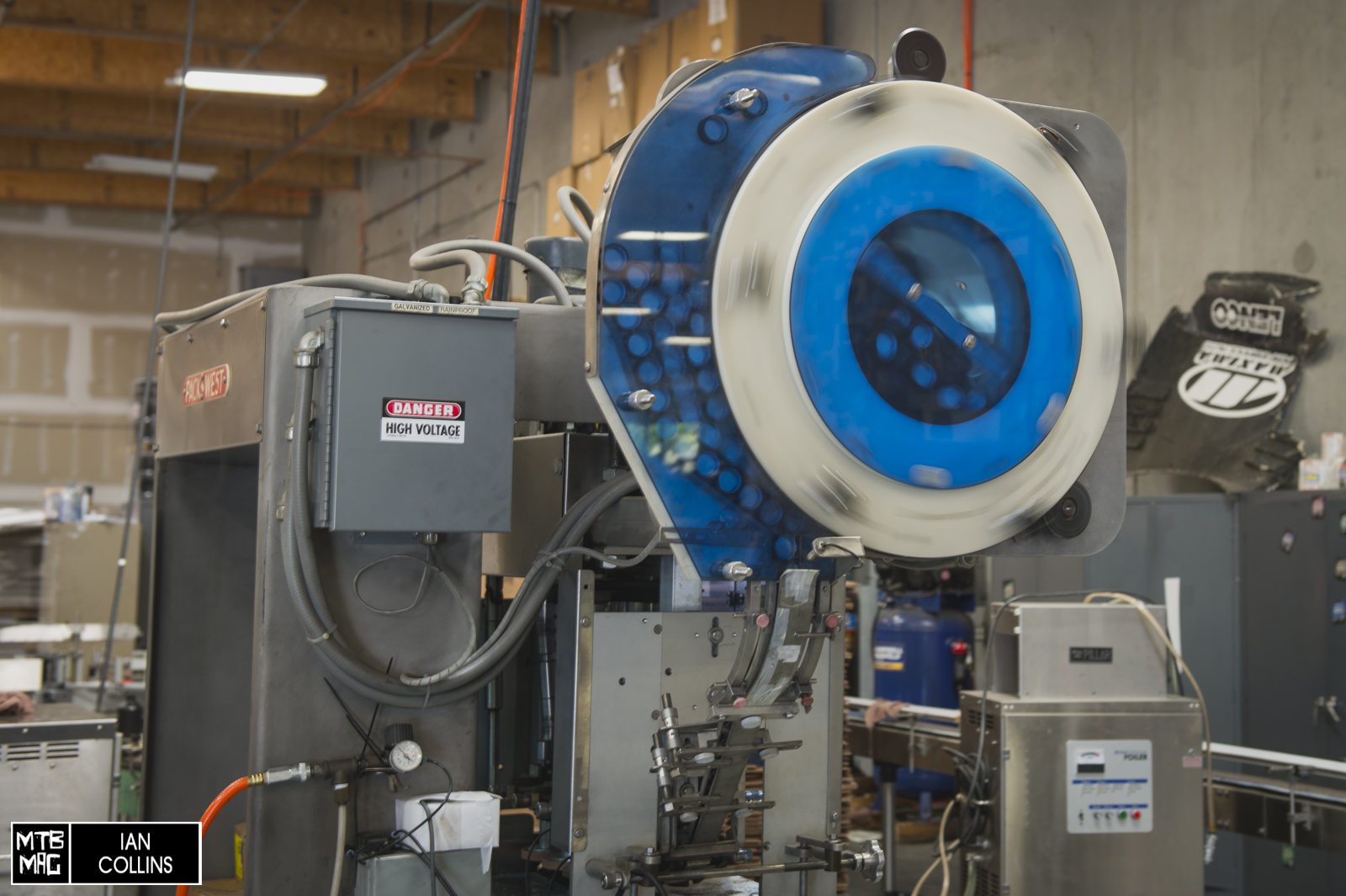 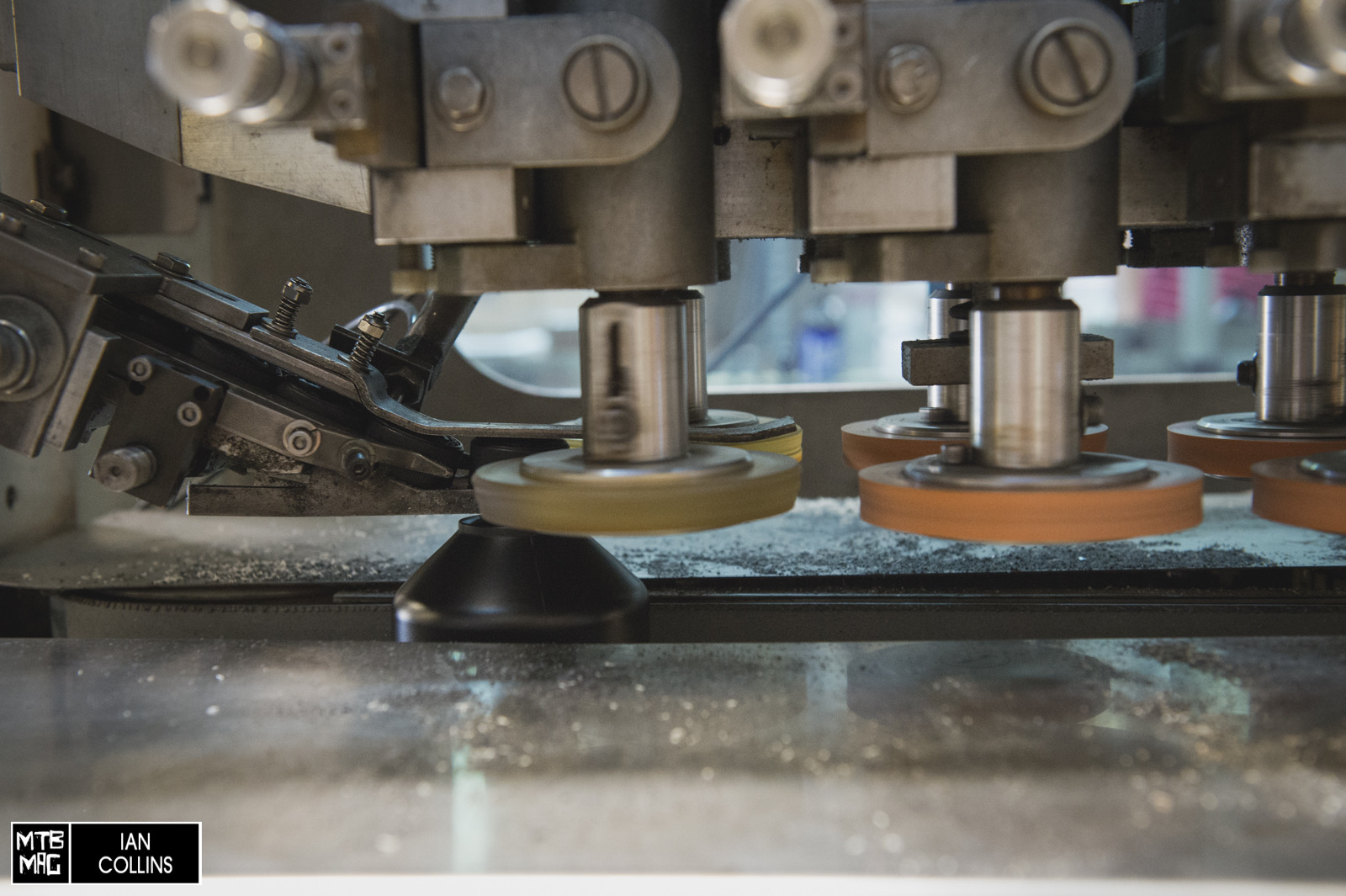 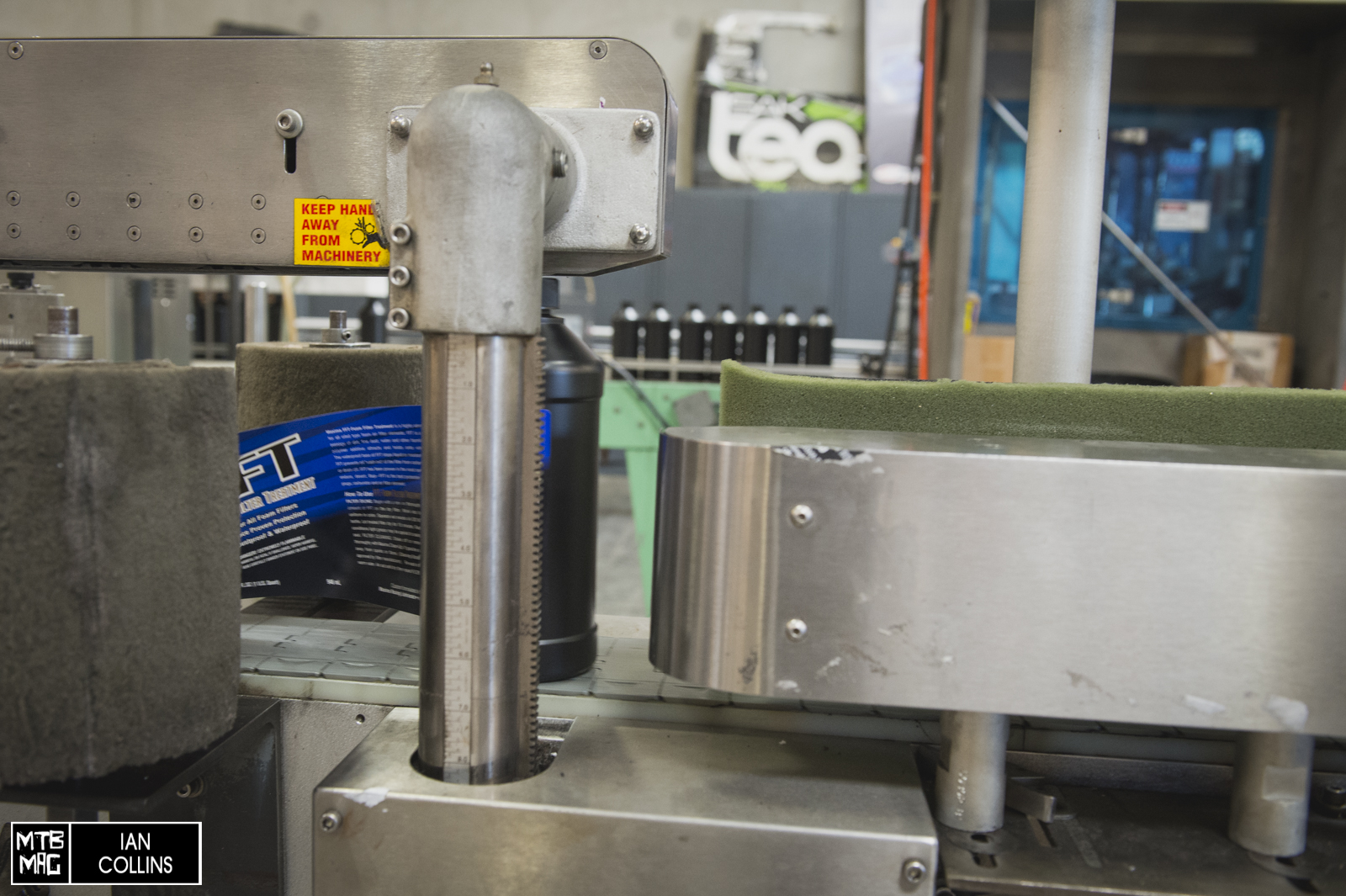 After that, the tops were installed and the labels were wrapped on just before they got boxed up and ready for shipping or storage. A array of processed products, ready to jump across the street to the warehouse. The average daily capacity is to blend, bottle, and package about 17,000 liters per day. When there is pressure or last minute needs, that number can jump up significantly. OK, back to bikes. Maxima has been quietly involved in the bike for quite some time. Remember Manitou’s prep M grease? Yep, that was made by Maxima. In 1994 they made a small push for chain lube and suspension fluid. MTB suspension was so low tech at the time that Maxima decided the bike industry just wasn’t quite there yet and pulled back. Griz holds up some cool old marketing material from about 20 years ago. Wizard sticks and Rampage tricks for Griz. As an ex pro downhill racer, the Maxima Bike Brand manager knows how to line his office’s walls with some motivational material. Across the street lies Maxima’s warehouse. This is a big storage area where they dispatch product from. A larger than life sized mural of Cam Zink hangs proudly. We’re not sure how we feel about the guy who took the picture though. Maxima is specifically a high performance racing company. They don’t really cater to passenger applications. As the #1 aftermarket/non OEM lube company in USA powersports we’re excited to see them bring their expertise to the bike industry. Pictured above are some custom fab’d oil containers ready to be mounted in a trophy truck. Gnarly. With 11,000 dealers in the US, and distribution to 50 countries globally, Maxima is entrenched in a host of motorsports. Side by sides, ATV, Motocross, watercraft, quads, Nascar, drag cars, Australian V8 supercars just to name a few – we probably forgot to mention a few others. Picured here is some oil headed off for Indy Cars. This is the view as trucks back right up and pack up high performance fluids to deliver them to a stoked racer. Now, finally for the bike specific bits. Maxima sent us home with all of the above products for testing. We’re pretty excited about that. They have been supporting Devinci Global Racing, Factory Specialized and Norco International for some time now. In July this year, they made a soft launch when they announced the Maxima Bike line and signed Brandon Semenuk, Cam Zink and Kyle Strait. Stay tuned here for some full feature tests on the sweet new products they sent us home with.