Last weekend in Pemberton, British Columbia Giant Bicycles debuted their new 2015 Gravity Line. Last year, Giant made a bold move in fully committing to 27.5″ wheeled bicycles. In doing so they took their time and waited until 2015 model year to ensure they “got it right” with the gravity bikes. The Reign and Glory have been mainstays in Giant’s lineup. Last year they weren’t offered as an option. This year they are back and looking incredible. It appears that they time taken to gain precious feedback from the Giant Factory Off Road team proved worthwhile. Danny Hart, Andrew Neethling, and Marcelo Guttierez helped perfect the Glory while Adam Craig and Josh Carlson put in time on the EWS to help bring an all new iteration of the Reign to fruition.

Specs and detail photos are below. Nature Photos by Sterling Lorence. Studio Photos courtesy of Giant. 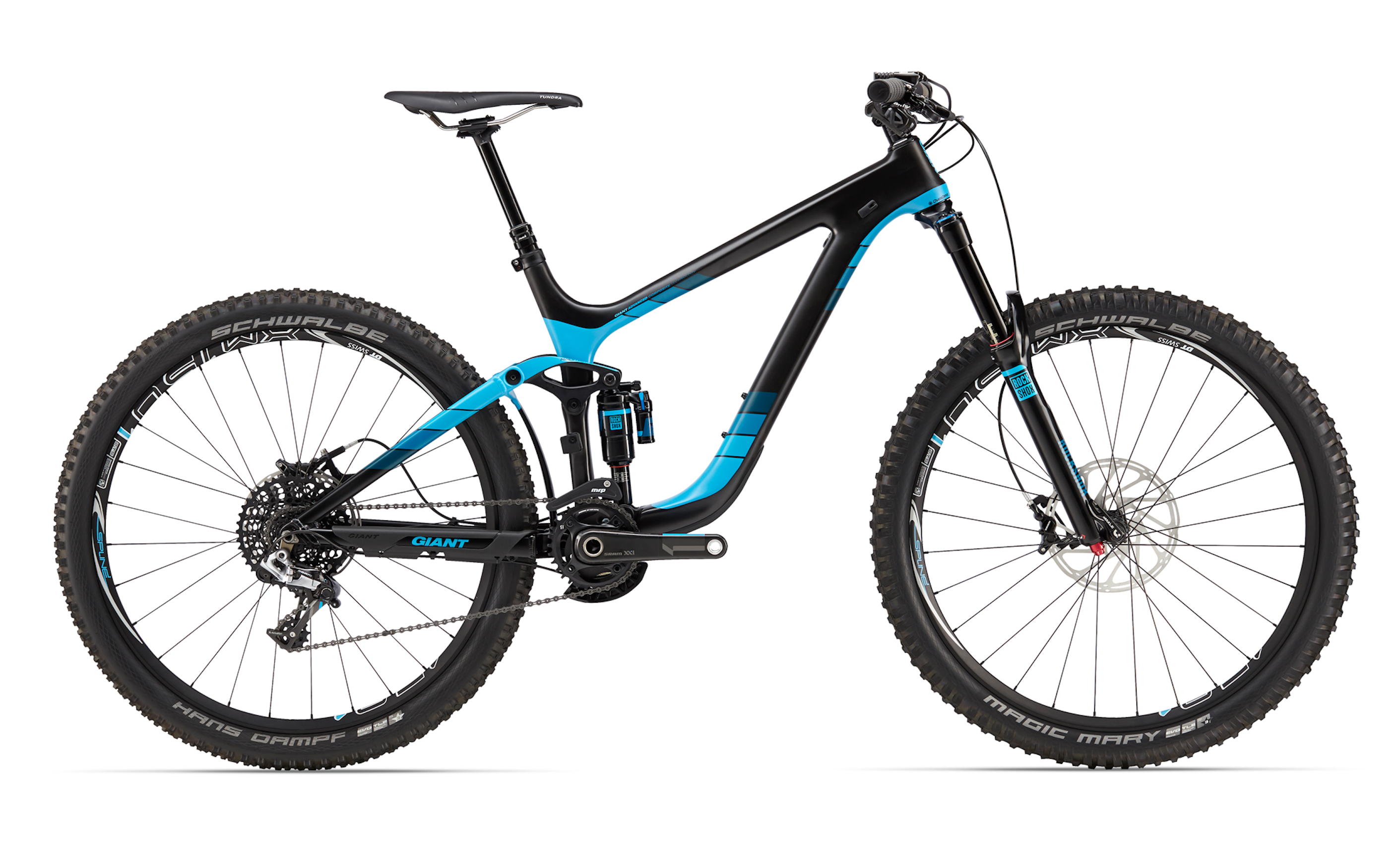 Reign Advanced 27.5
Built around a lightweight, stiff and super-strong chassis, the Reign Advanced 27.5 features an Advanced composite mainframe with an ALUXX SL rear swingarm. It gives enduro, all-mountain and aggressive trail riders 6.3 inches (160mm) of rear travel with the smooth, fully active Maestro suspension system. In addition to being the lightest Reign that Giant has ever produced (2,650 grams without shock, size medium), it delivers the added efficiency and control of 27.5 wheel technology. 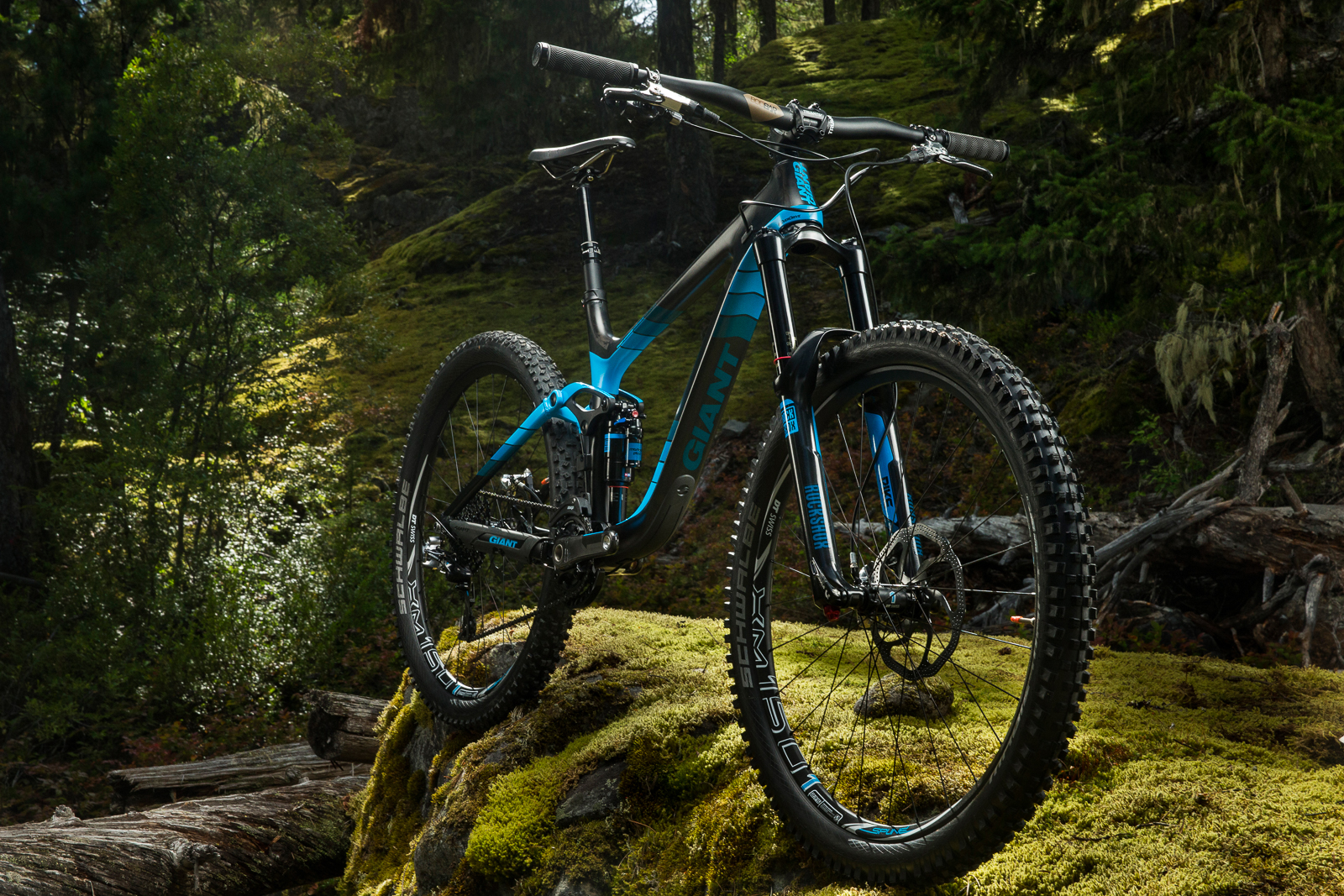 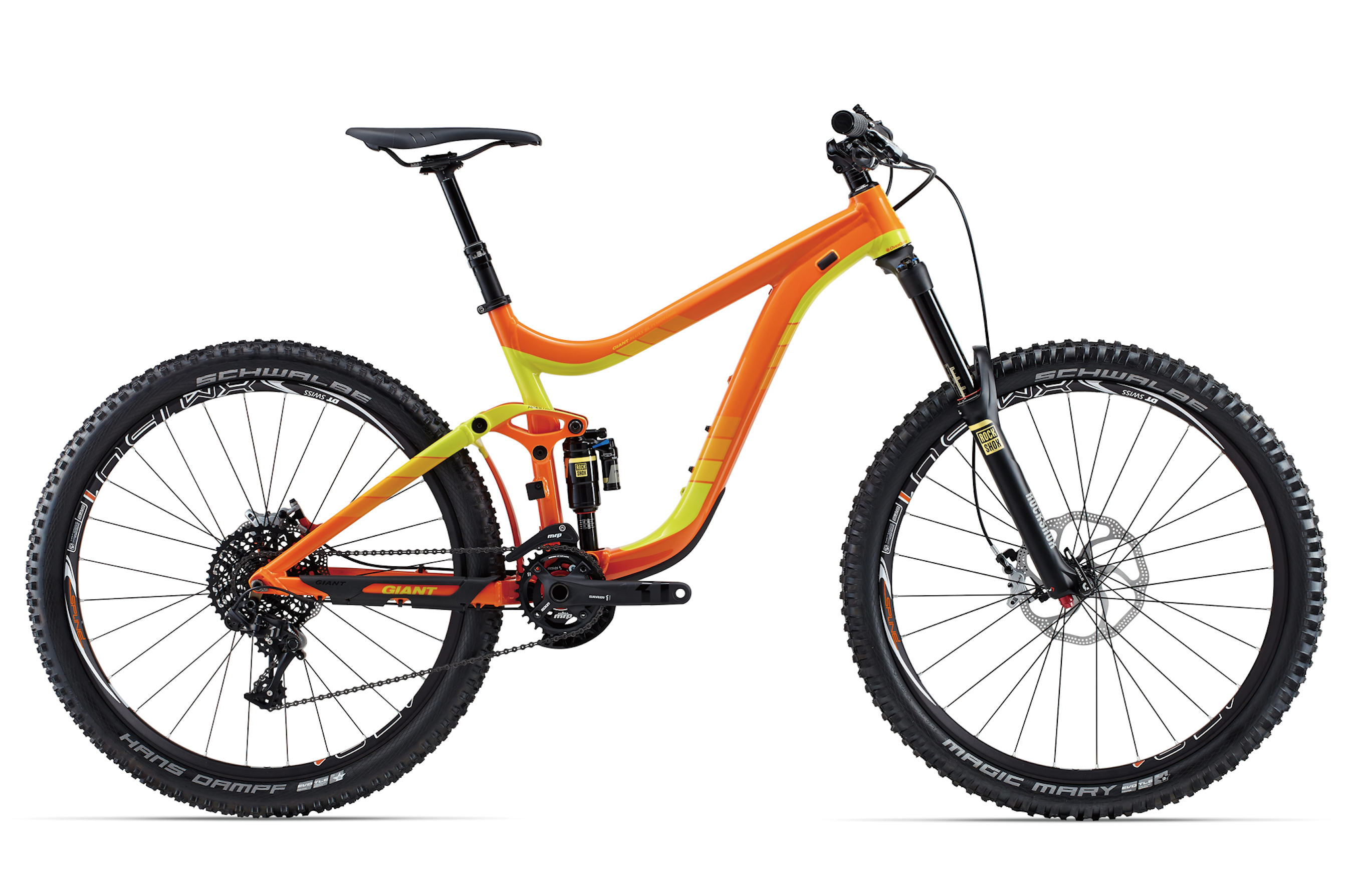 Working with Giant pro enduro riders including Adam Craig and Josh Carlson, Giant engineered new geometry for the Reign Advanced 27.5 that gives it a lower center of gravity and longer wheelbase compared to its 26-inch-wheel predecessor. It also features a custom fork offset of 46mm that optimizes handling with the new wheel size. 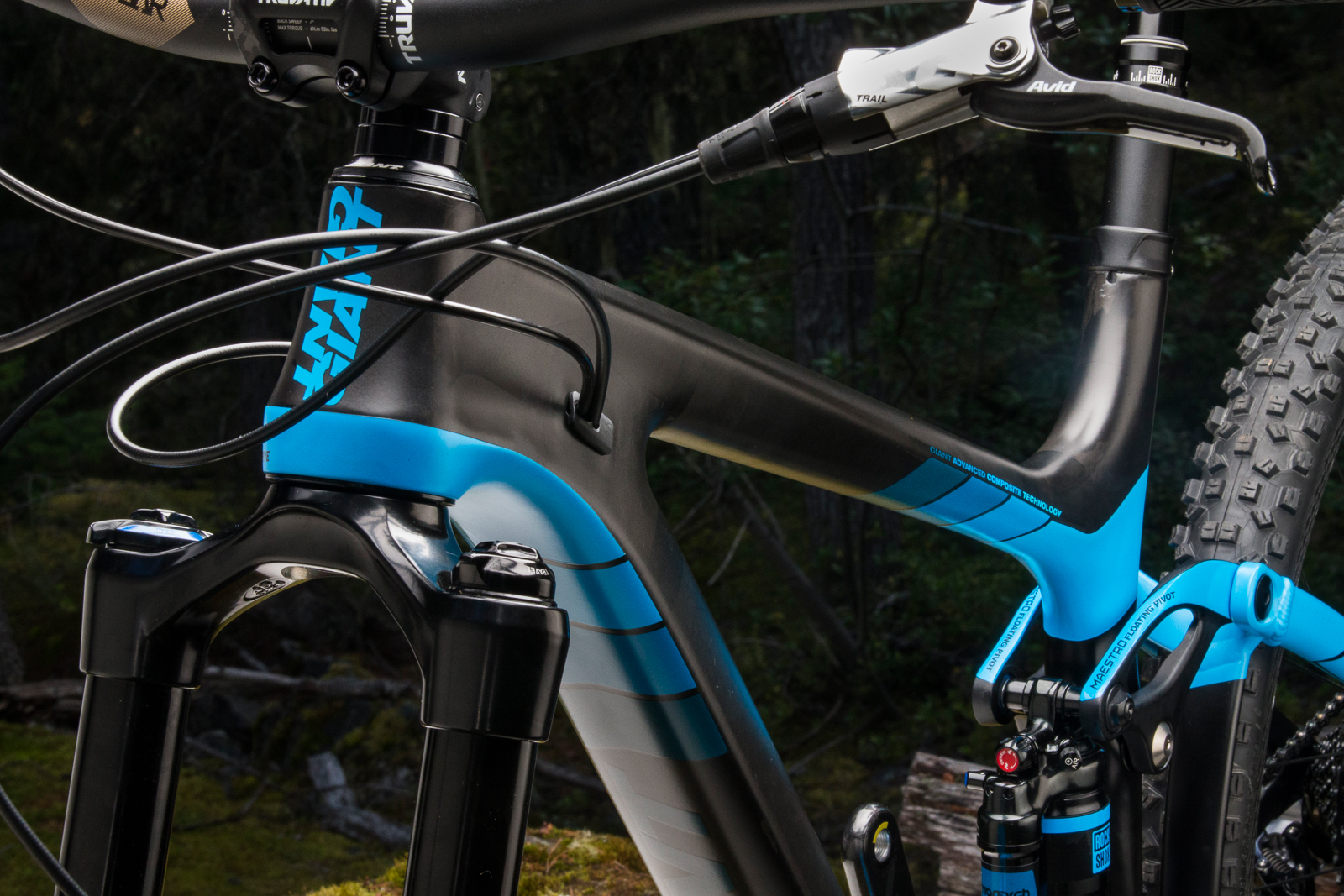 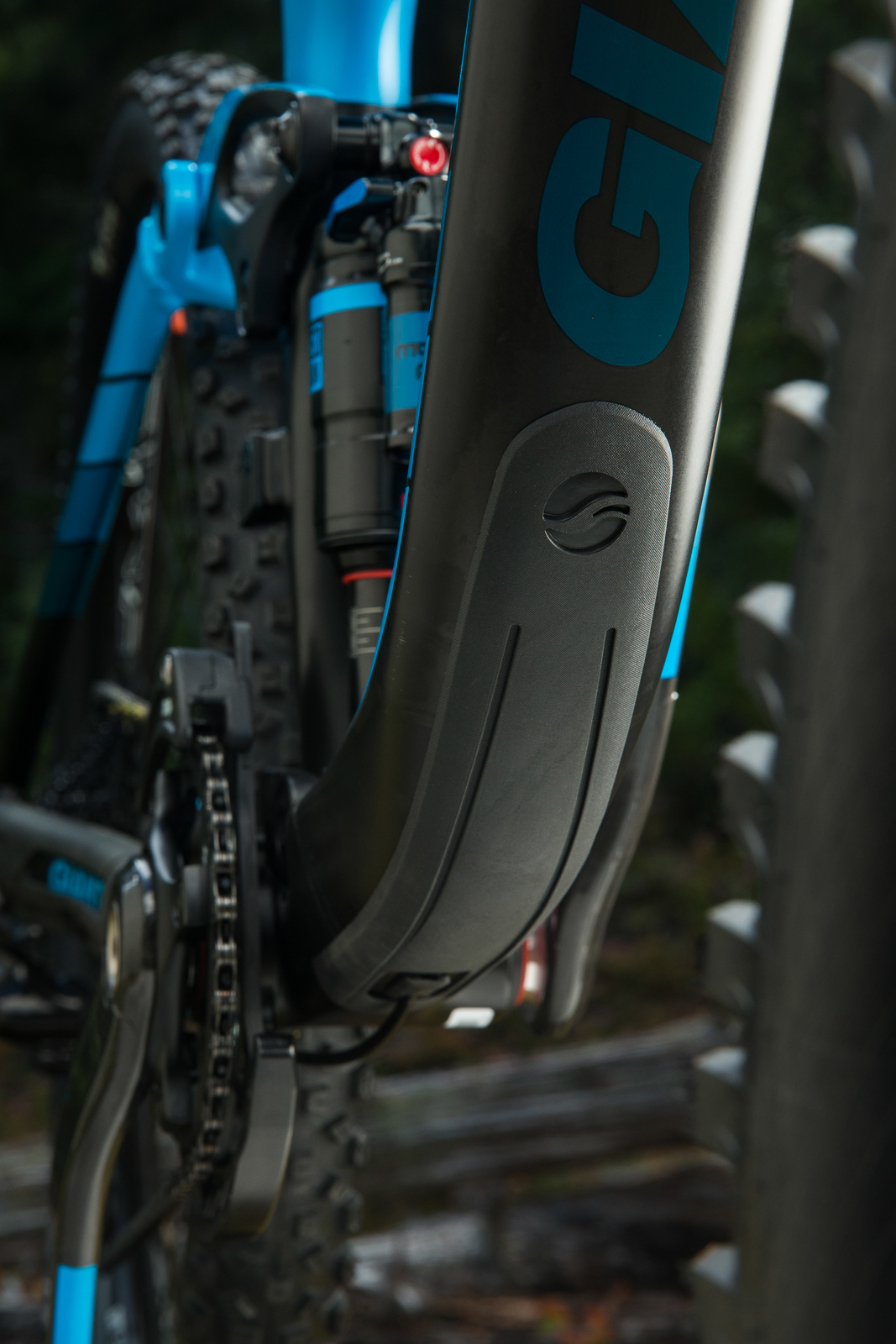 Reign 27.5
The aluminum-frame Reign 27.5 is engineered with Giant’s ALUXX SL material and features the same 27.5-specific frame geometry as the Reign Advanced 27.5 model. It offers 6.3 inches (160mm) of Maestro rear suspension travel and a longer, lower chassis than its 26-inch-wheel predecessor that improves stability and handling on rough terrain without sacrificing stiffness or adding weight. 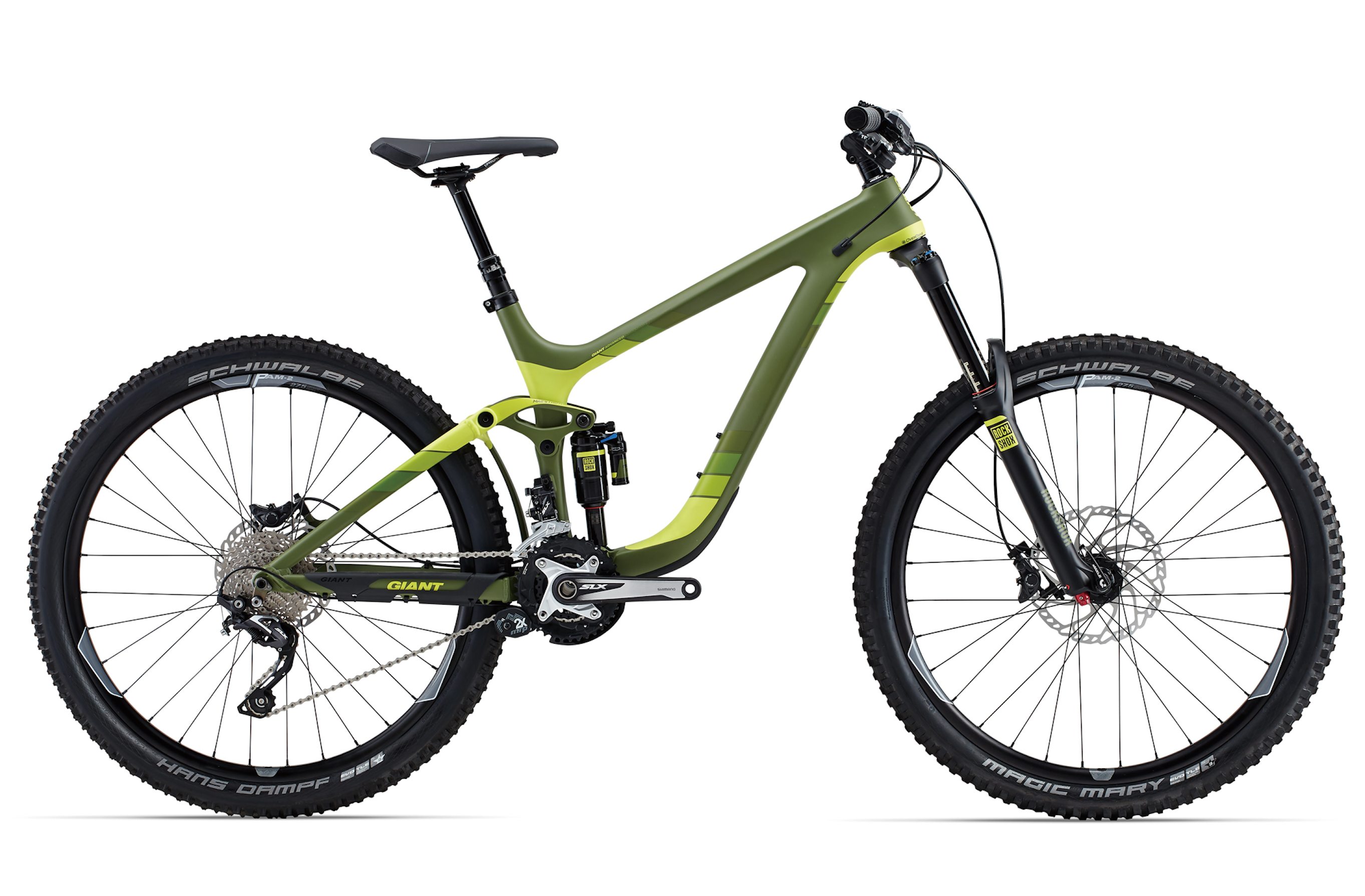 The Reign 27.5 model also features the OverDrive steerer tube design for added front-end stiffness and steering precision, along with a new 12×142 rear thru-axle design and internal cable ports—including routing for dropper seatposts—to give it a sleek, uncluttered appearance and performance. 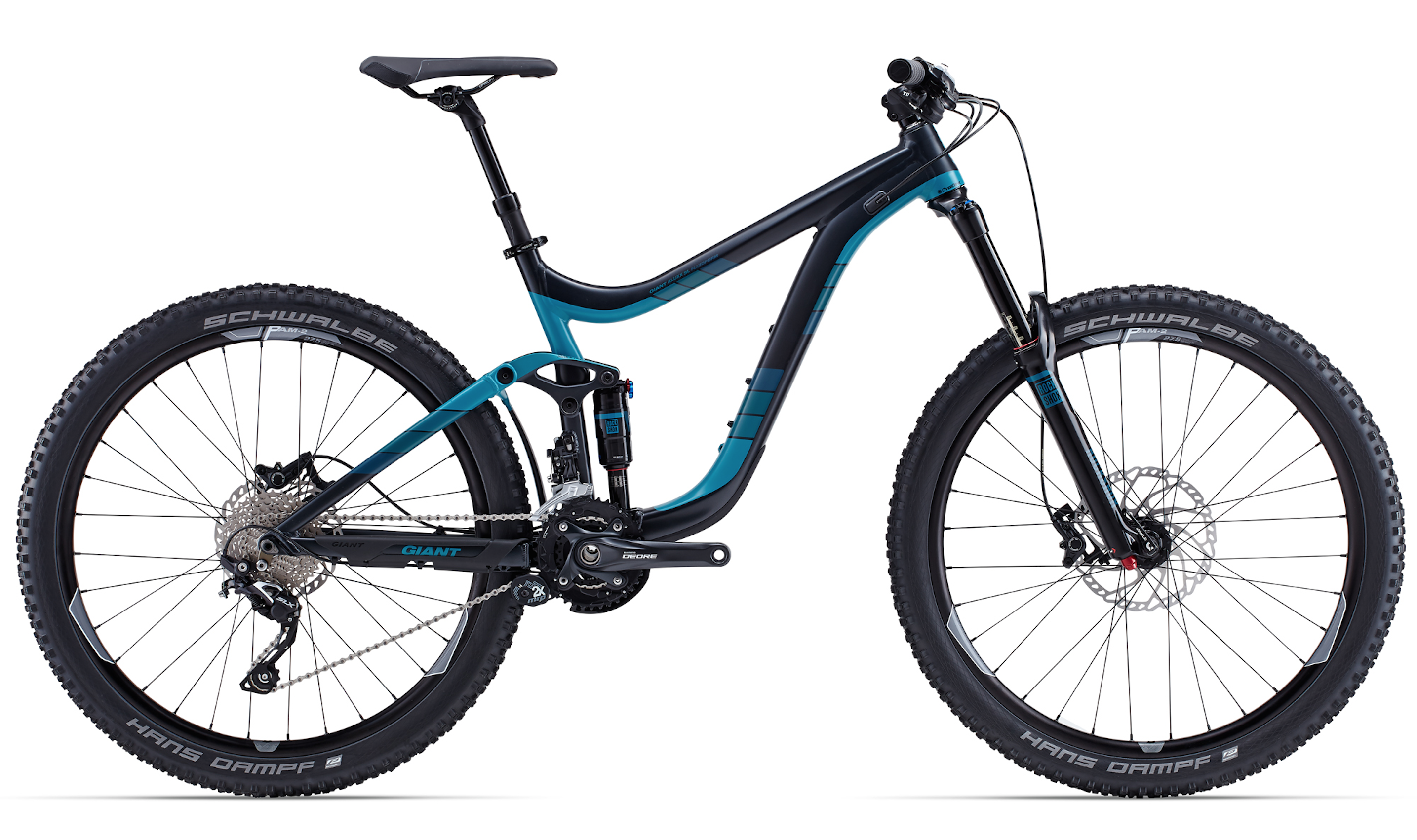 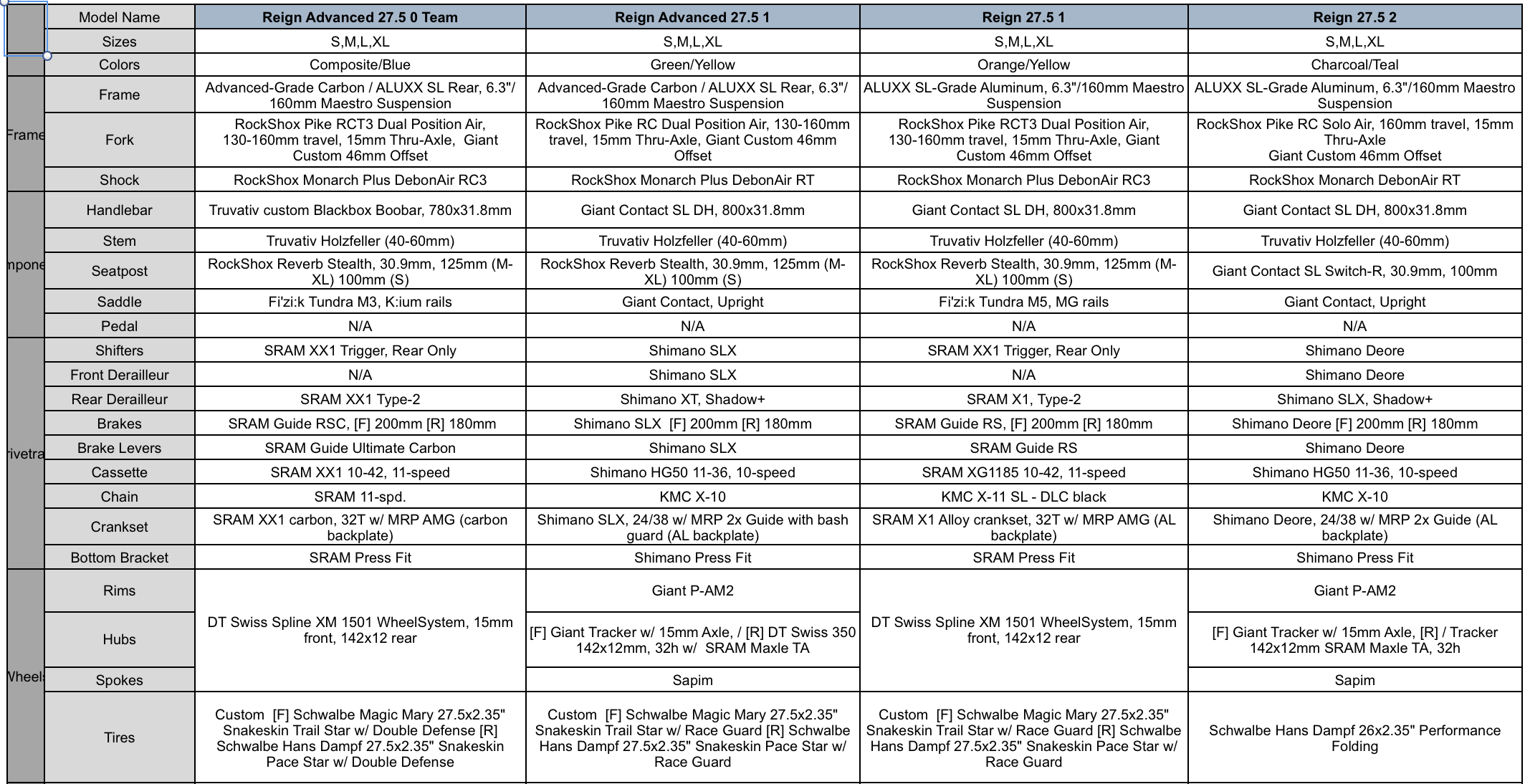 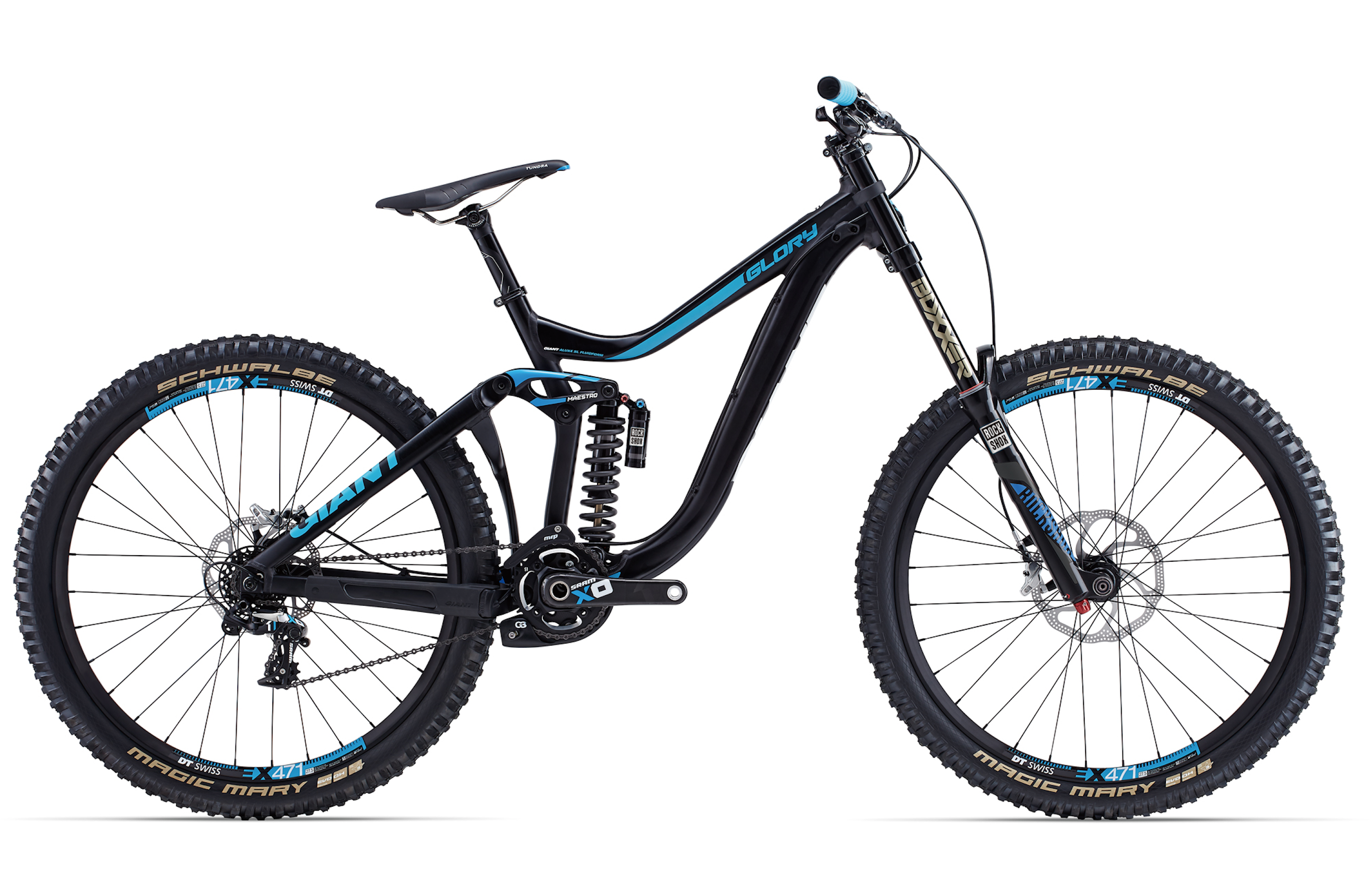 Glory 27.5
Developed and tested by some of the world’s top pro downhill racers including former world champion Danny Hart, the Glory 27.5 is designed to meet the needs of DH riders ranging from pros to privateers. It’s built around an all-new ALUXX SL aluminum frame with a co-pivot shock mount and 8 inches (203mm) of smooth, fully active Maestro rear suspension travel. 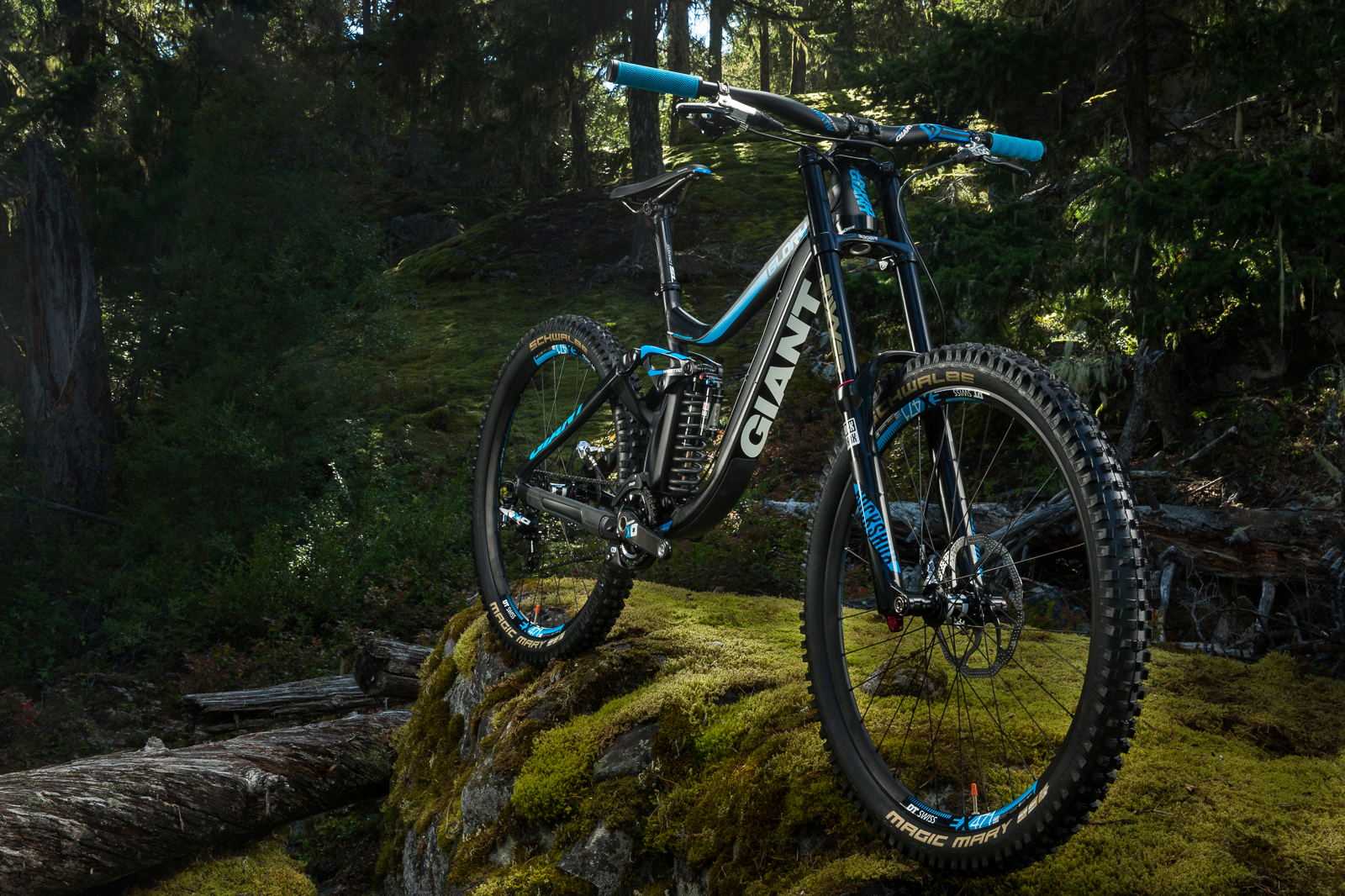 The new geometry is optimized for 27.5 wheels and was fine-tuned through exhaustive testing by Giant Factory Off-Road Team riders. It’s longer and lower but still retains the pedaling and steering stiffness that DH racers demand. 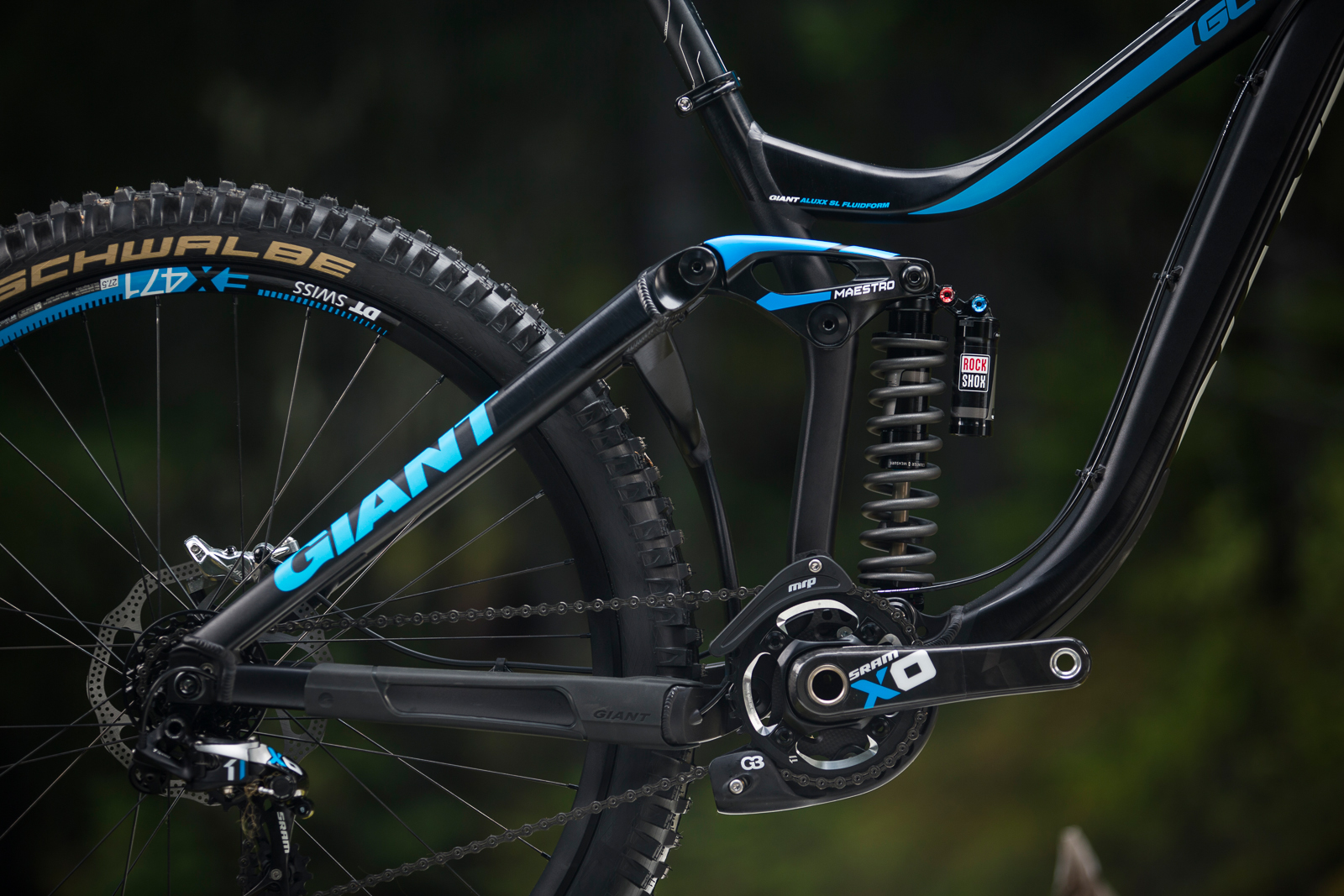 Other frame technologies in the new Glory 27.5 include its OverDrive steerer tube design for maximum front-end stiffness and steering precision, along with a newly shaped MegaDrive downtube that’s a bit more rounded with smaller diameter tubing than the previous generation Glory. Combined with the PowerCore bottom bracket, the new design adds frame and pedaling stiffness for better efficiency and control. It also features new integrated cable guides that double as fork bumpers. 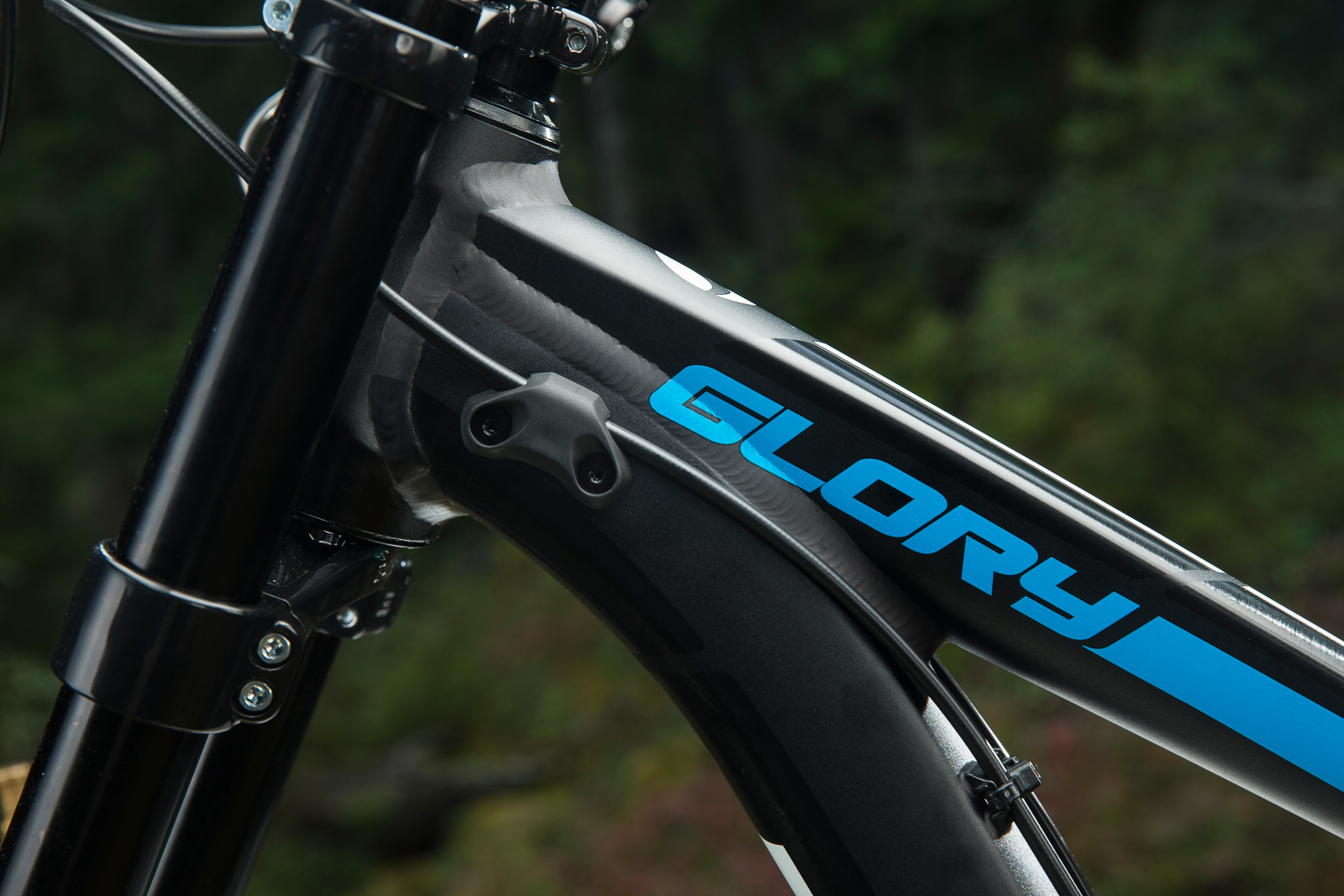 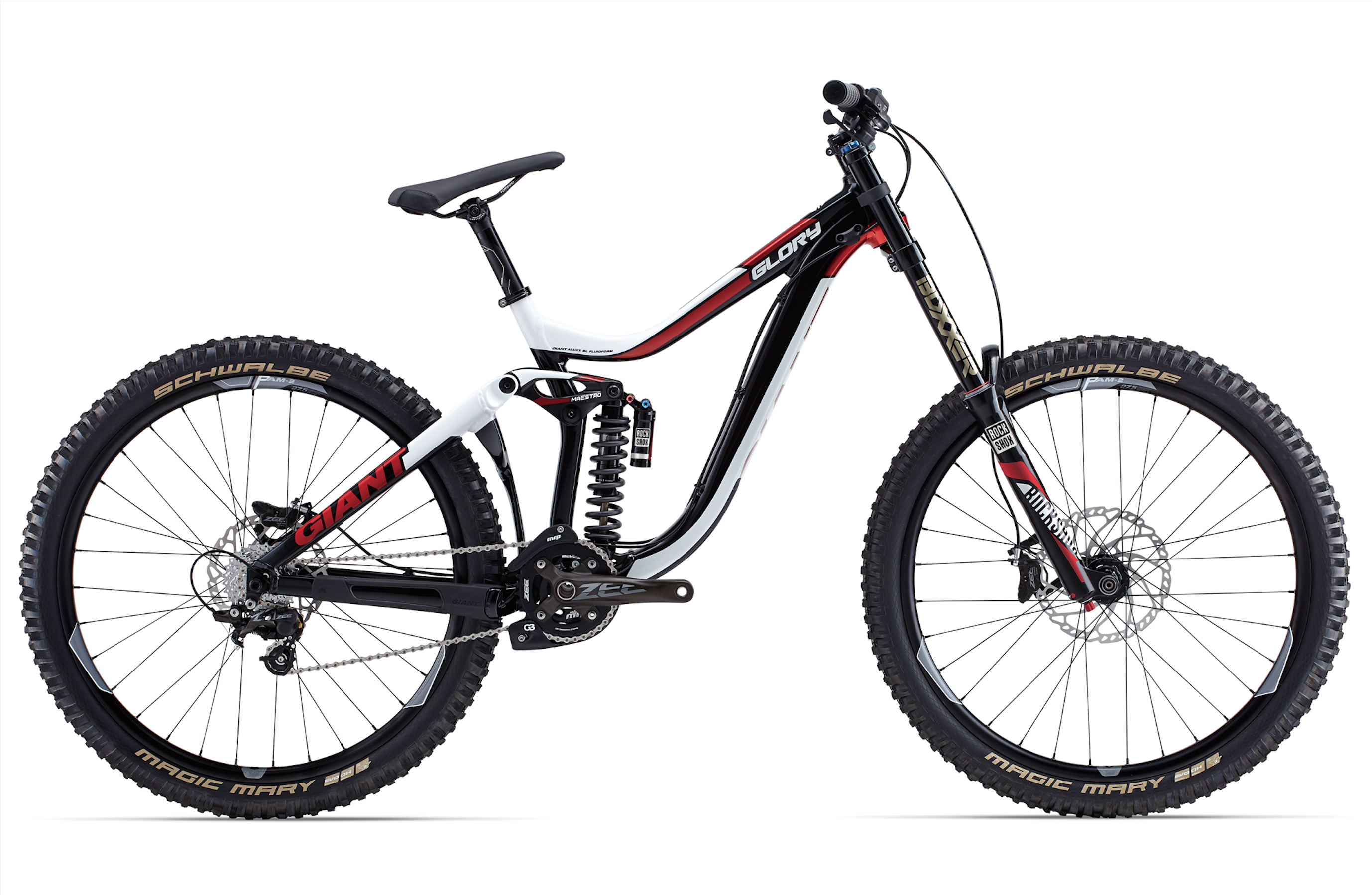 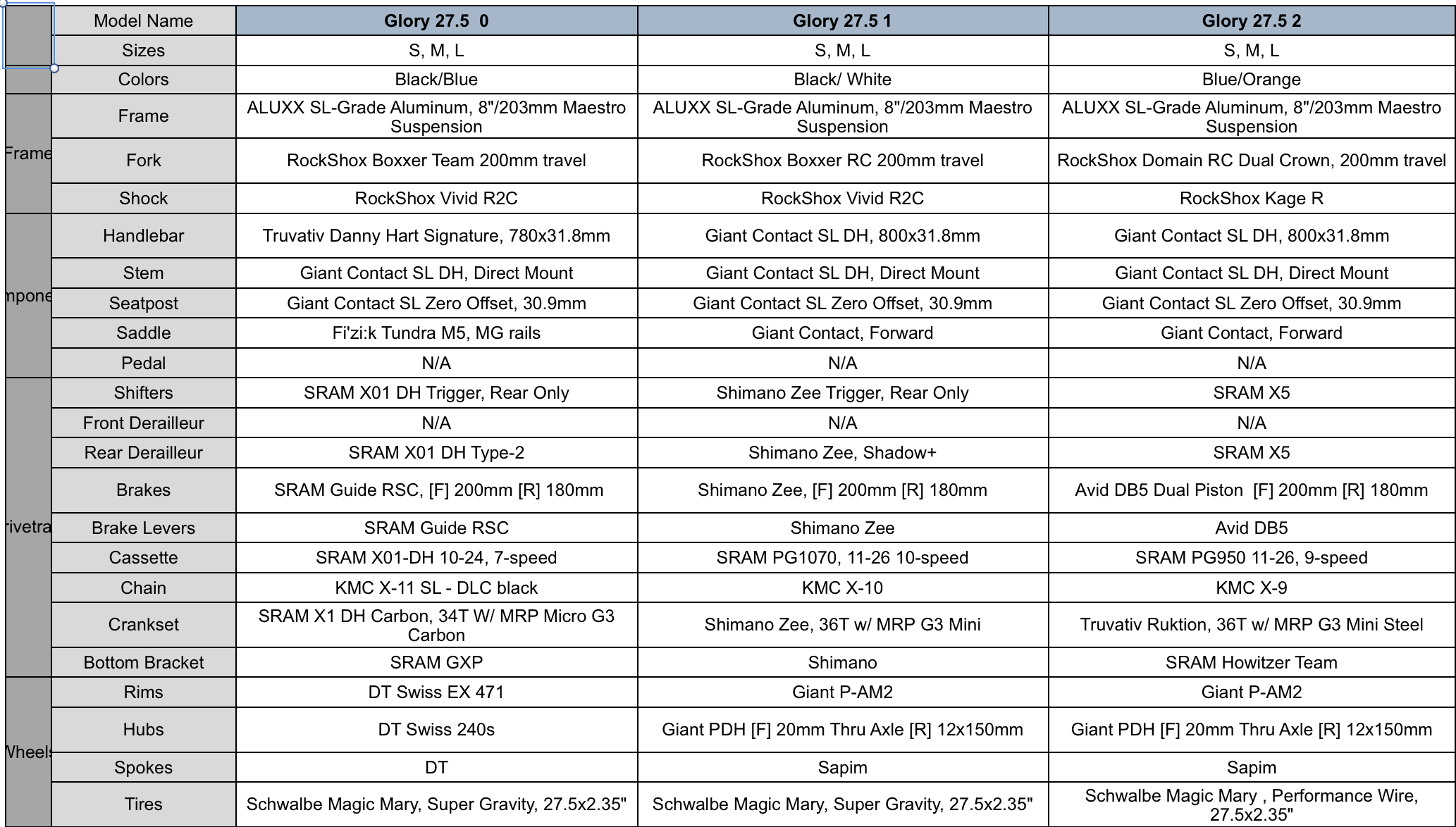 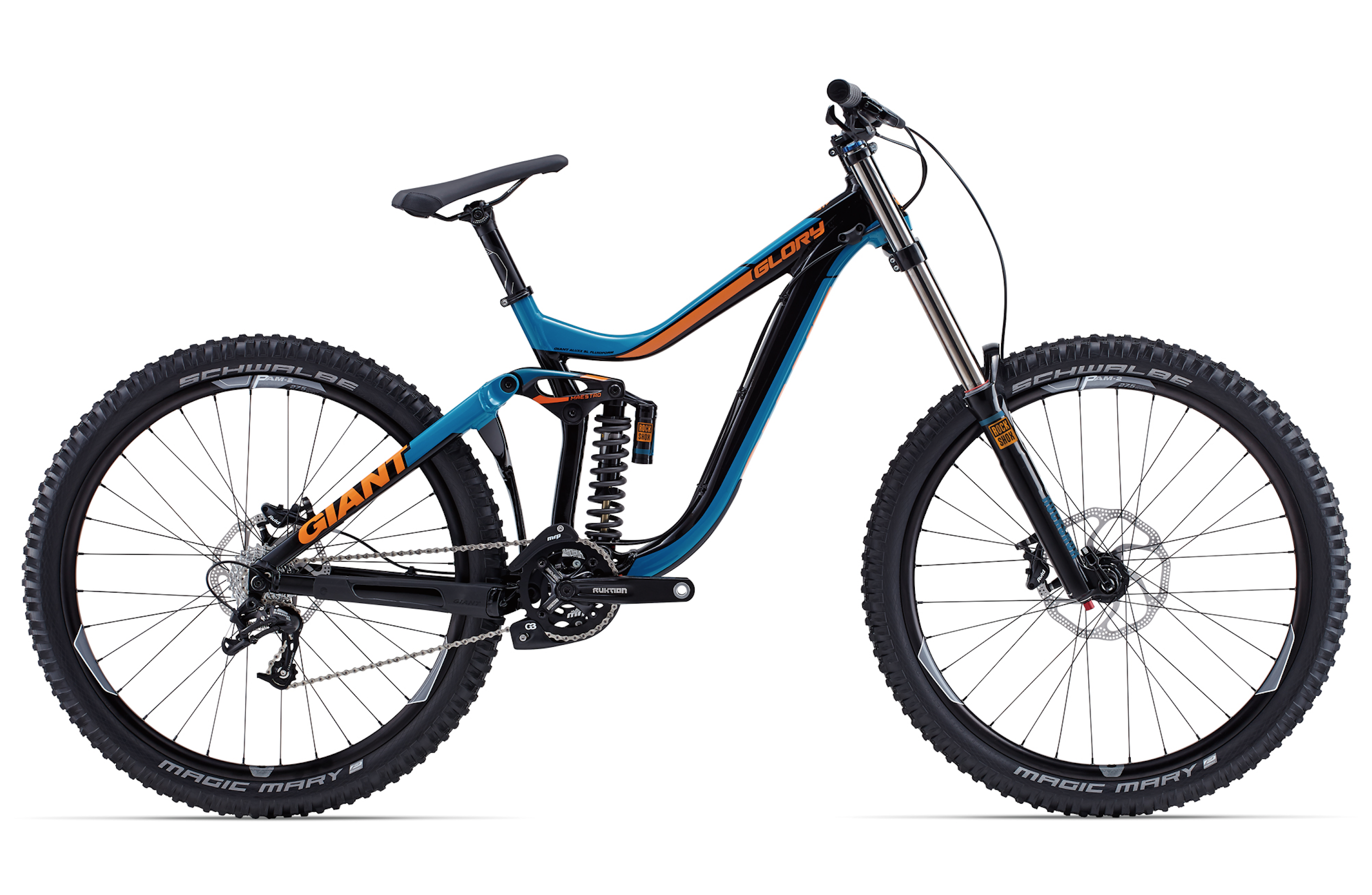 US Pricing is as follows :