It’s the time of the year that rumors swirl, old partnerships fade and new friendships begin. This year in particular, there seems to be quite a bit of movement in the mountain bike industry amongst the athletes. We’ve put together a short list of announcements from where they seem to be made first now – the ‘Gram!

Ratboy testing a what looks to be a very long travel Cannondale Habit, with a coil shock. With Fabric’s 50:01 partnership, we weren’t all that surprised by this.

Aggy parting ways with Kona after 12 years is hard to imagine. We can’t think of a more fitting brand for him, but who knows what he’ll be Cruz’ing on next…

XC World Champ, Kate Courtney is splitting with the Big American S. Sounds like she could be going to the big European S?

Slopestyle slayer Paul Genovese and Mongoose are no longer working together. 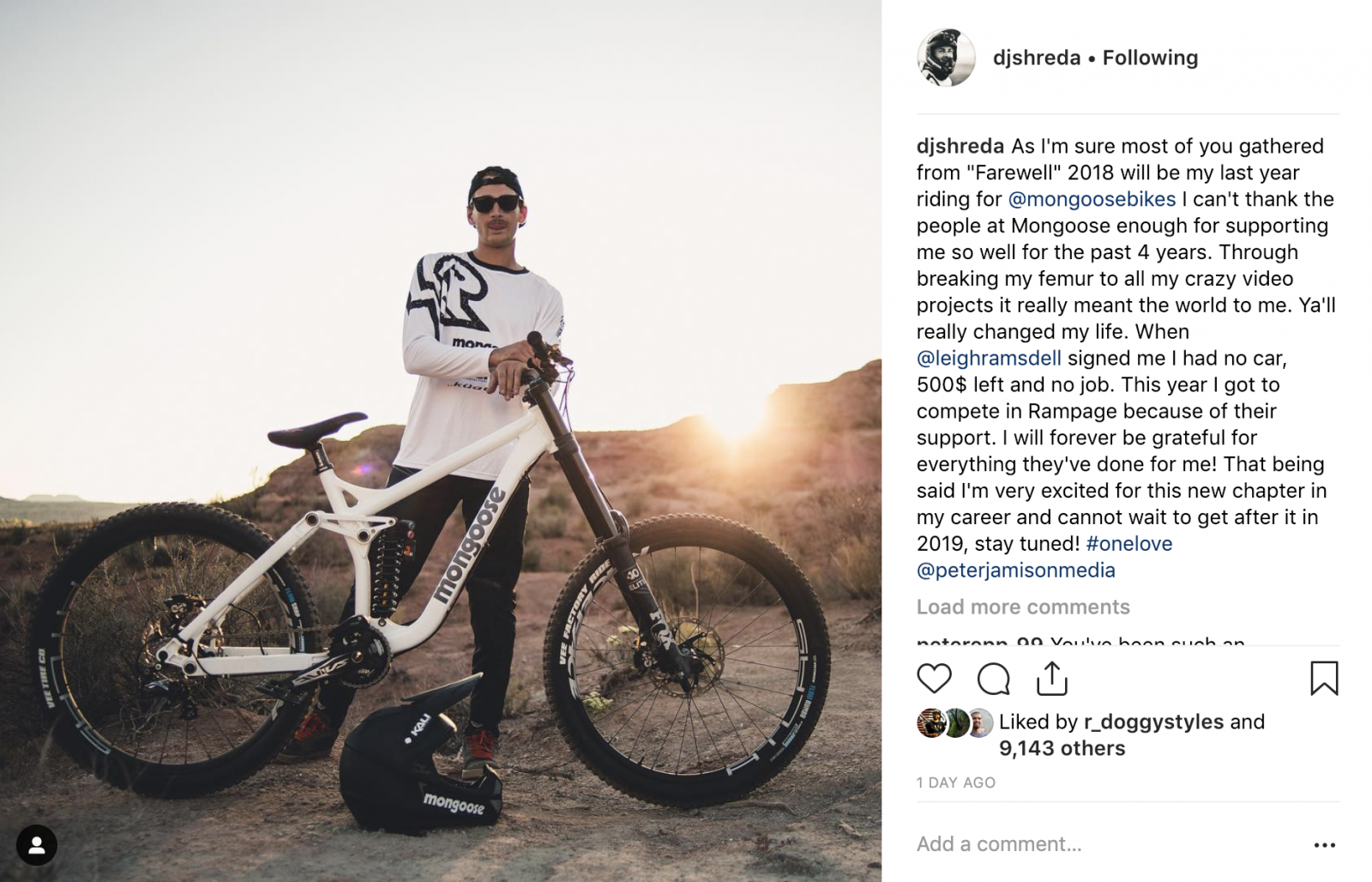 DJ Brandt and Mongoose are also parting ways. This leaves them with Greg Watts and Brayden Barret-Hay still on board.

We don’t know if the YT Mob is dissolving altogether, or remaining on the scene, but we do know that Aaron Gwin and Neko Mulally are moving on. Rumor has it that Gwin will be on Intense…But how on earth can they afford him?

Phil Atwill is no longer riding for Propain/Dirt. Time will tell if Ben Reid continues to manage the Dirt team and where Phil will go, but we could totally see him on another British brand.

Connor Fearon and Fox just go hand in hand, so it was surprising to see the gnarly Aussie split with the brand… 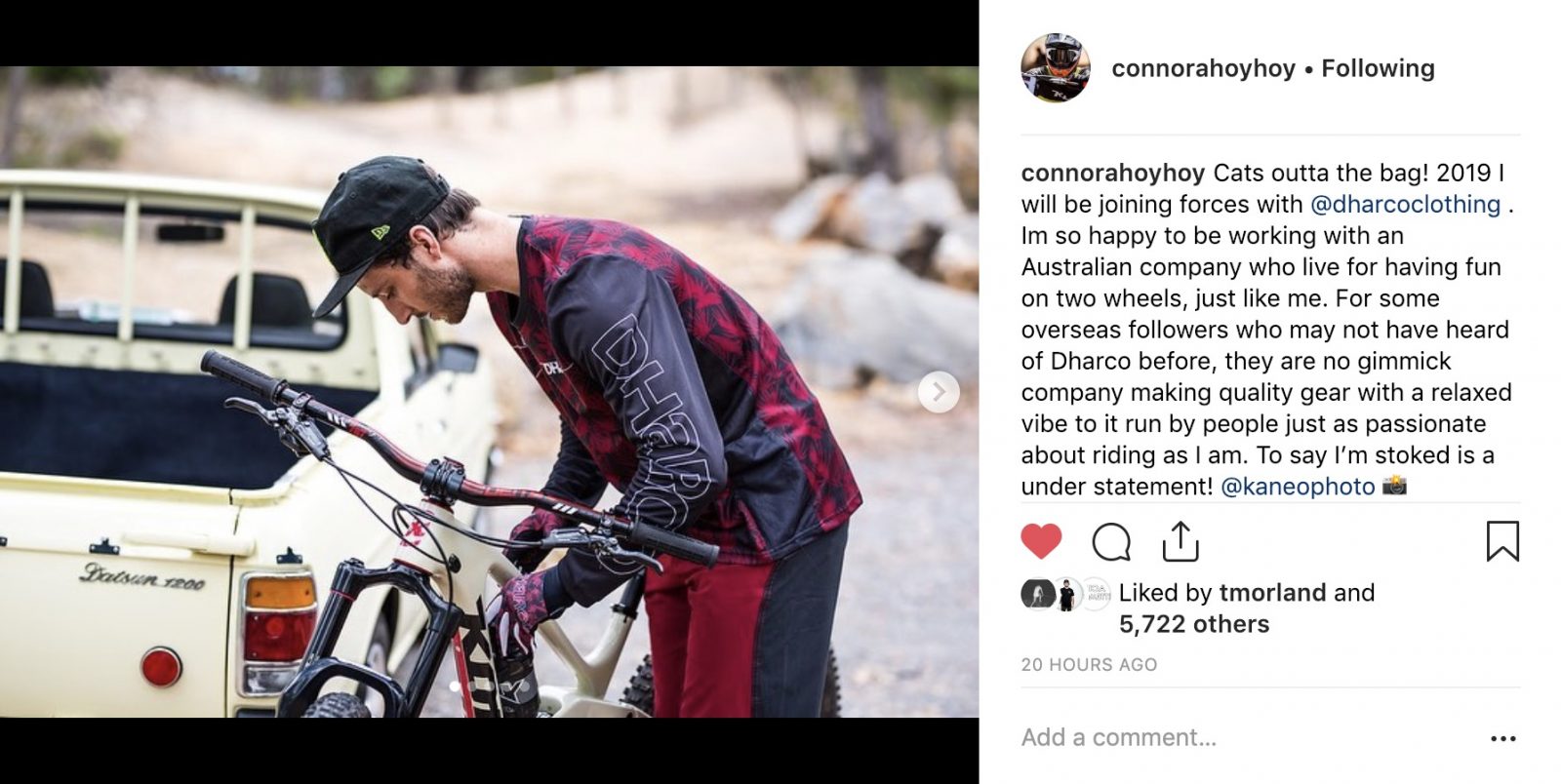 Unsurprisingly, he ended up on Dharco, a newish Australian apparel brand whom Kyle Strait also rides for.

Got any hot tips? Leave them in the comments!