Incredible race at the second 2016 world cup round in Albstadt, Germany. The two usual suspects, Nino Schurter and Julien Absalon, dominated the competition, and it came down to the last few meters of the last lap: Nino beats Julien at the photo finish.

This year the Frenchmen is literally flying in the downhills: the dropper post closed the technical gap between him and the Swiss. This is the reason why Absalon was able to stay in front of Schurter until the end, surrendering only at the end, with Nino putting an impressive amount of power down on the pedals and on his new Scott Scale (check it here).

Next week the XCO worldcup will stop in France at La Bresse, Absalon’s home territory.

Danish Annika Langvad dominates the women race. Her most fierce competitor, Jolanda Neff, couldn’t race because of a viral infection. Svedish Jenny Rissveds came second after an unbelievable race: she crashed badly at the beginning, but during the last two laps she was able to pass Spitz and Pendrel. 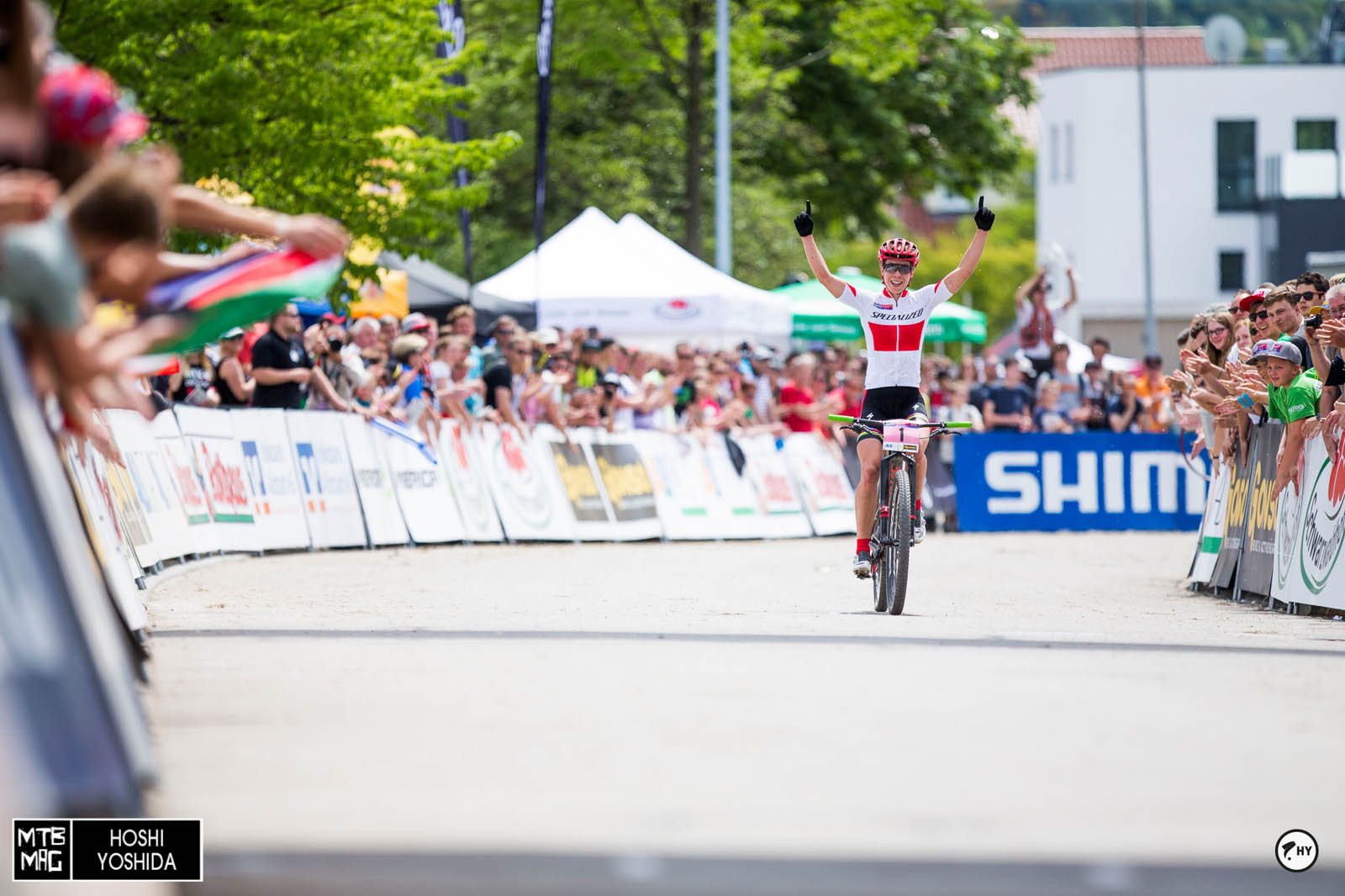