The Swiss brand Arc8 presented its new full suspension XC rig – the Evolve – in Massa Marittima during the BCA Winter. This is a full carbon bike with the claimed weight of the frame alone without rear shock of just 1,240 grams.

After the presentation I was able to try it for a few weeks on my home trails. In the video I’ll explain it in detail and tell you how it goes.

Here you will find the builds and other colors. 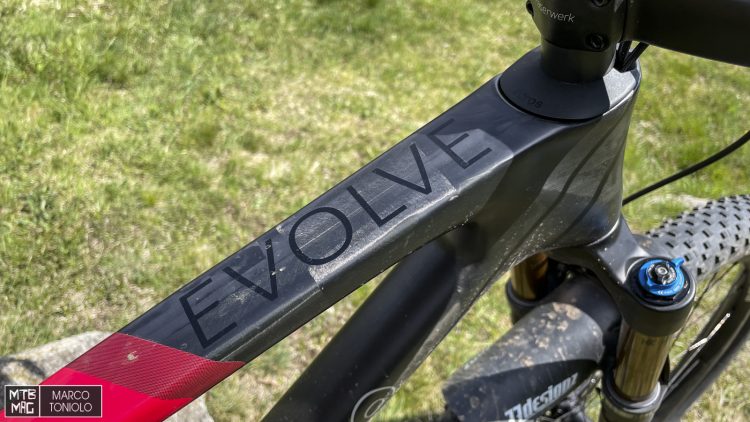 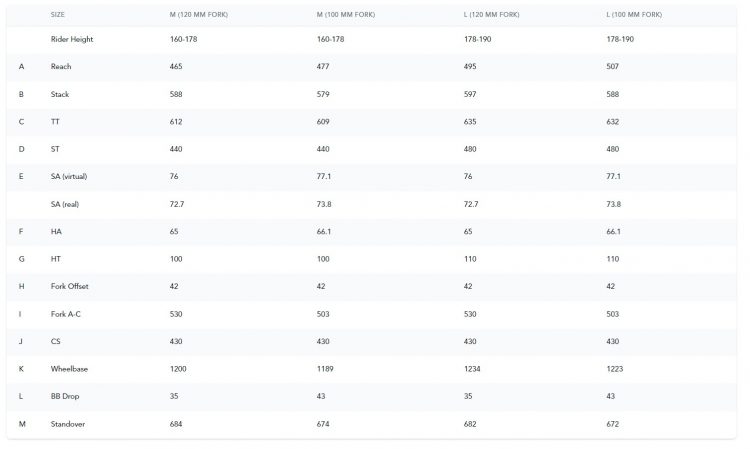 The first question one asks is how it is possible that there are only two sizes. Three were planned, S / M and L. As explained on their website , ARC8 says they received the first sample frame in size M and found that it was suitable for riders between 160cm and 180cm in stature. After a few sleepless nights, they brought the frame to Andrea Gösele, of the Swiss Olympic team who specializes in bike fitting. Apparently he said that the geometry would be “highly adaptable”, meaning that it suits bikers of different stature.

The size tested is an L, with a reach of 495mm. However, the riding position is not too relaxed and therefore is well suited to the segment for which the Evolve was designed. The 65° steering angle will make many XC purists turn up their noses, as well as the 76° saddle angle, however, on the trails those figures proved to be well-chosen, albeit daring, choices.

One of the most interesting things about the Evolve is the rear suspension system: seat stays that split, flex pivot, and a slider that links with the shock absorber. I refer you to the video to see its movement in action.

The idea of ​​Arc8 is to keep weight low and stiffness high thanks to the minimalist construction with its straight tubes. 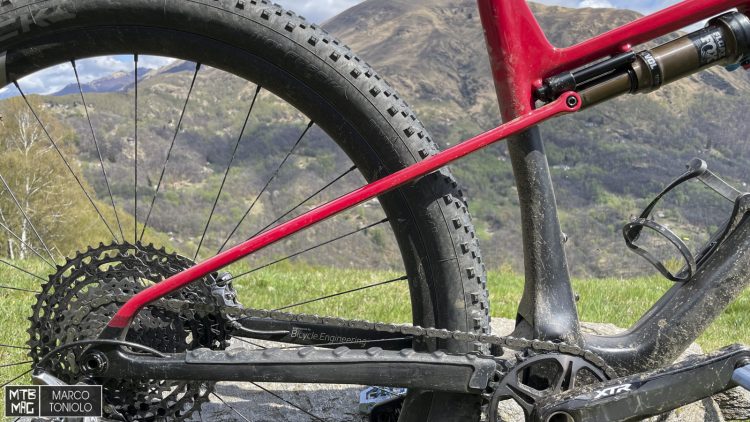 The cable routing is semi integrated in the headset developed with Acros. 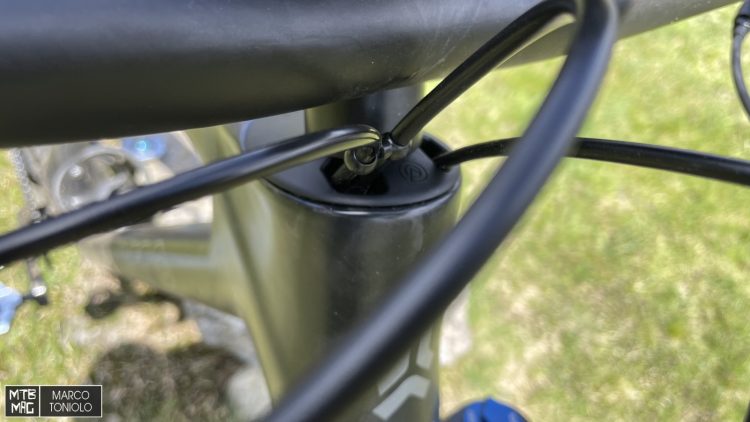 The handlebar, also from Arc8, Faserwek Baslerstab, which attaches directly to the fork steerer, is interesting. I had doubts about the rigidity of the system when one gets up on the pedals and pushes hard, but I cannot say that I have noticed any weaknesses. 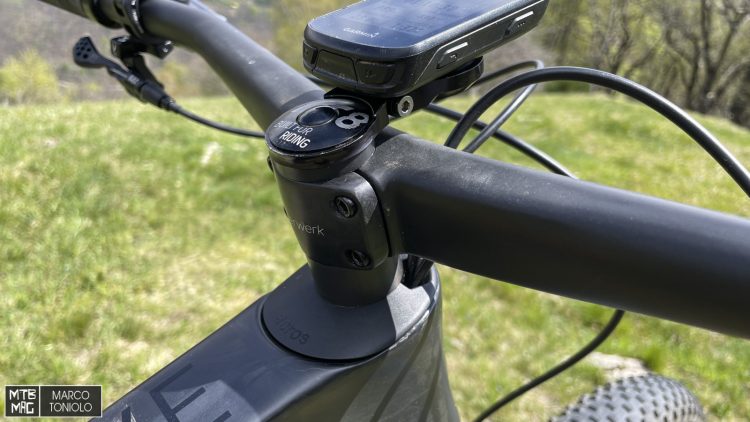 It is not clear from the photo below, but the down tube has an oval shape designed to prevent too much mud from sticking to it, raised by the front wheel. In addition to that, it’s also more aerodynamic. 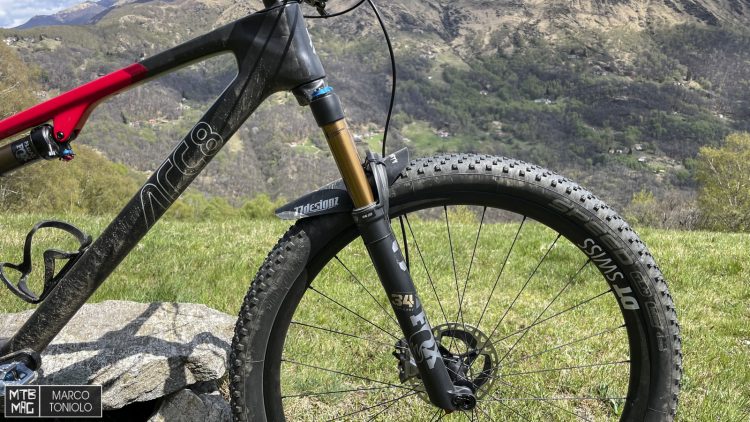 The joint between the rear triangle and the front triangle is recessed into the seat tube, a solution we have seen for example on the latest Cannondale Scalpel . Here too, the goal is to achieve high rigidity, as well as a clean design. 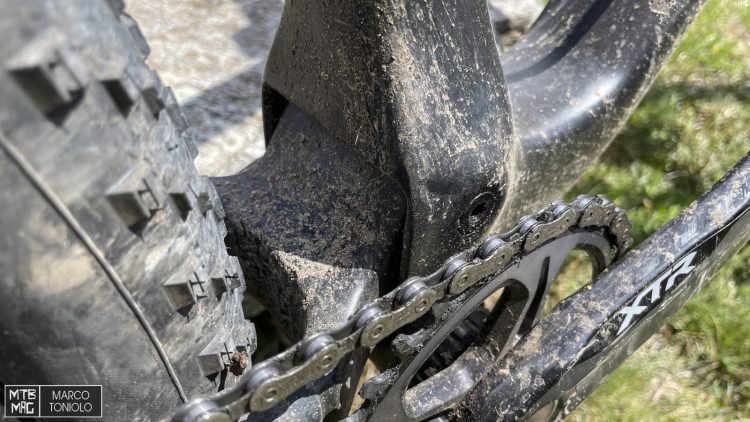 The road riders amongst us will recognize it on the fly: a flat mount for the rear brake caliper. 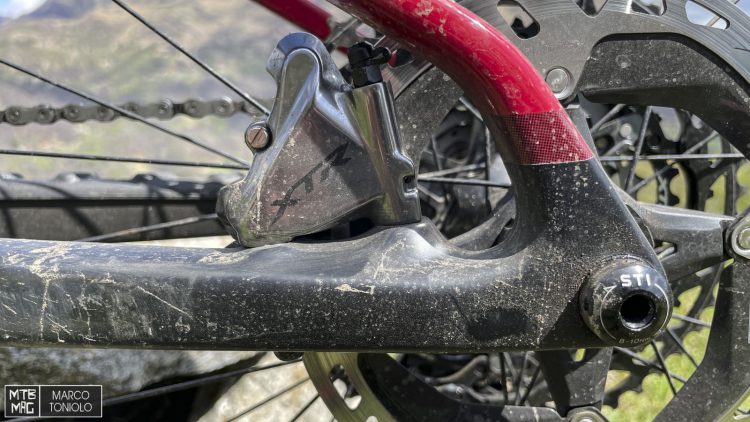 160mm diameter disc at the front? It’s all to please the scale .. 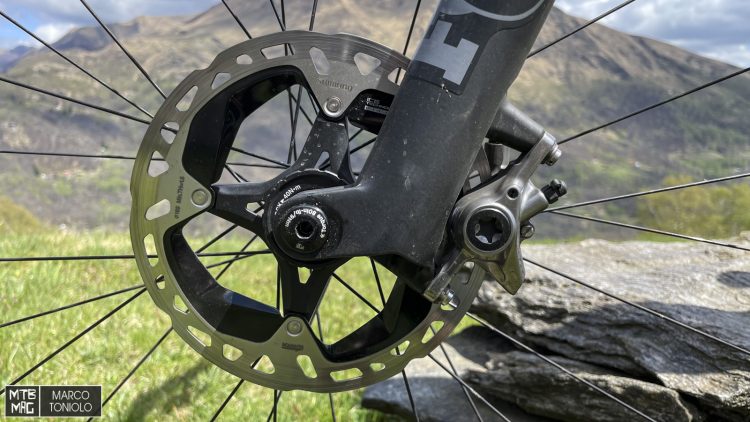 On the other hand, the two-piston XTR brakes are excellent, but on long descents the rotors scream for mercy (160mm also at the rear). 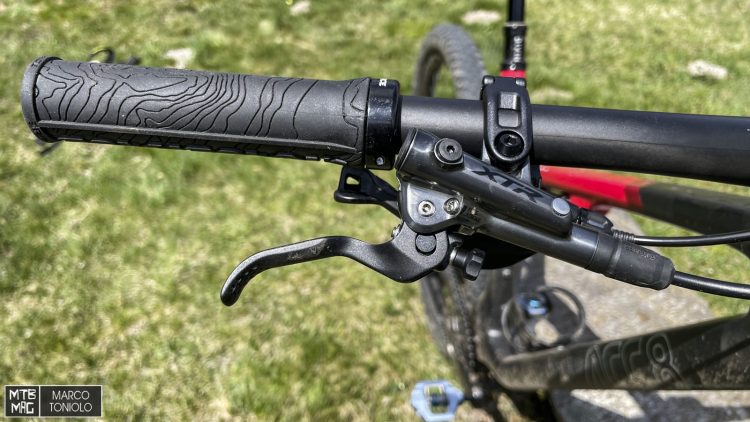 There is room for two water bottles on the Evolve. 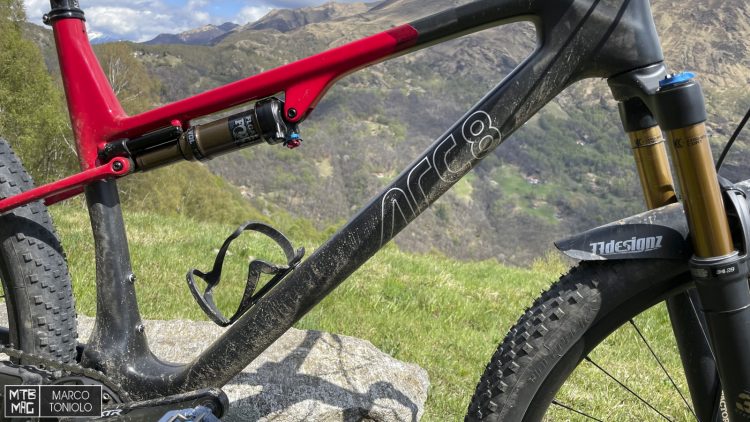 On the model in question there was no handlebar remote control, but everything is ready to accept it, even the internal routing of the cable that goes to the rear shock. 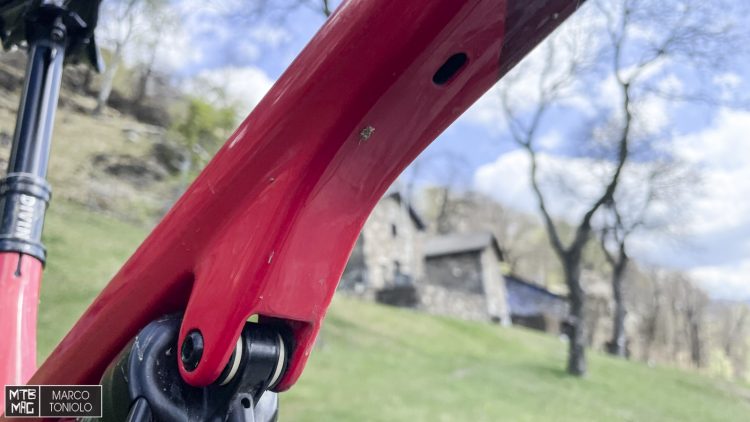 Even without the remote control, the lockout levers of the fork and shock absorber completely close the suspension. This is useful when you want to push hard on asphalt or easy dirt roads. 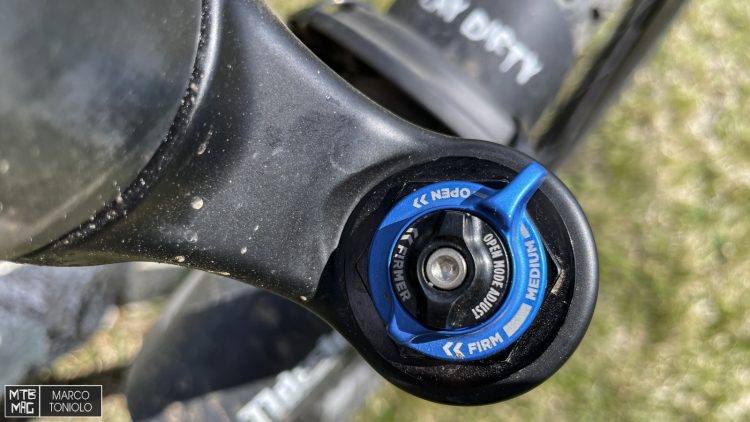 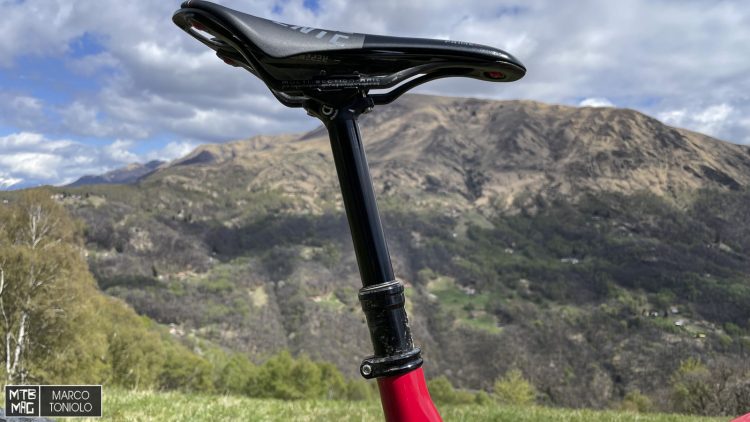 Clean handlebar thanks to the remote control of the dropper post attached to the brake lever. Note the grips, not exactly the lightest, nor the most XC oriented on the market. 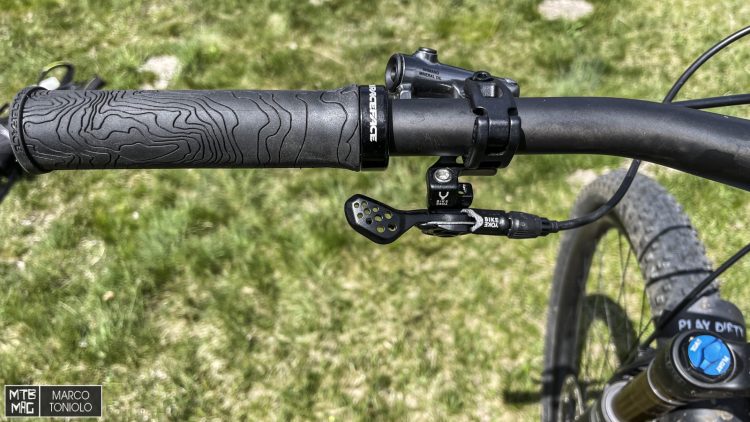 Watch the video for all the details and the review!