After a few day’s of digging a really techy line, Brendan and his crew decided to catch some shade and get away from the crowds. We got to follow along and snap some pics just before dark (as you can see from the noisy photos) while he and his good mate Ollie Wilkins got to blast off at the old Red Bull Rampage site. Brendog is breaking in his new custom painted Scott Gambler. 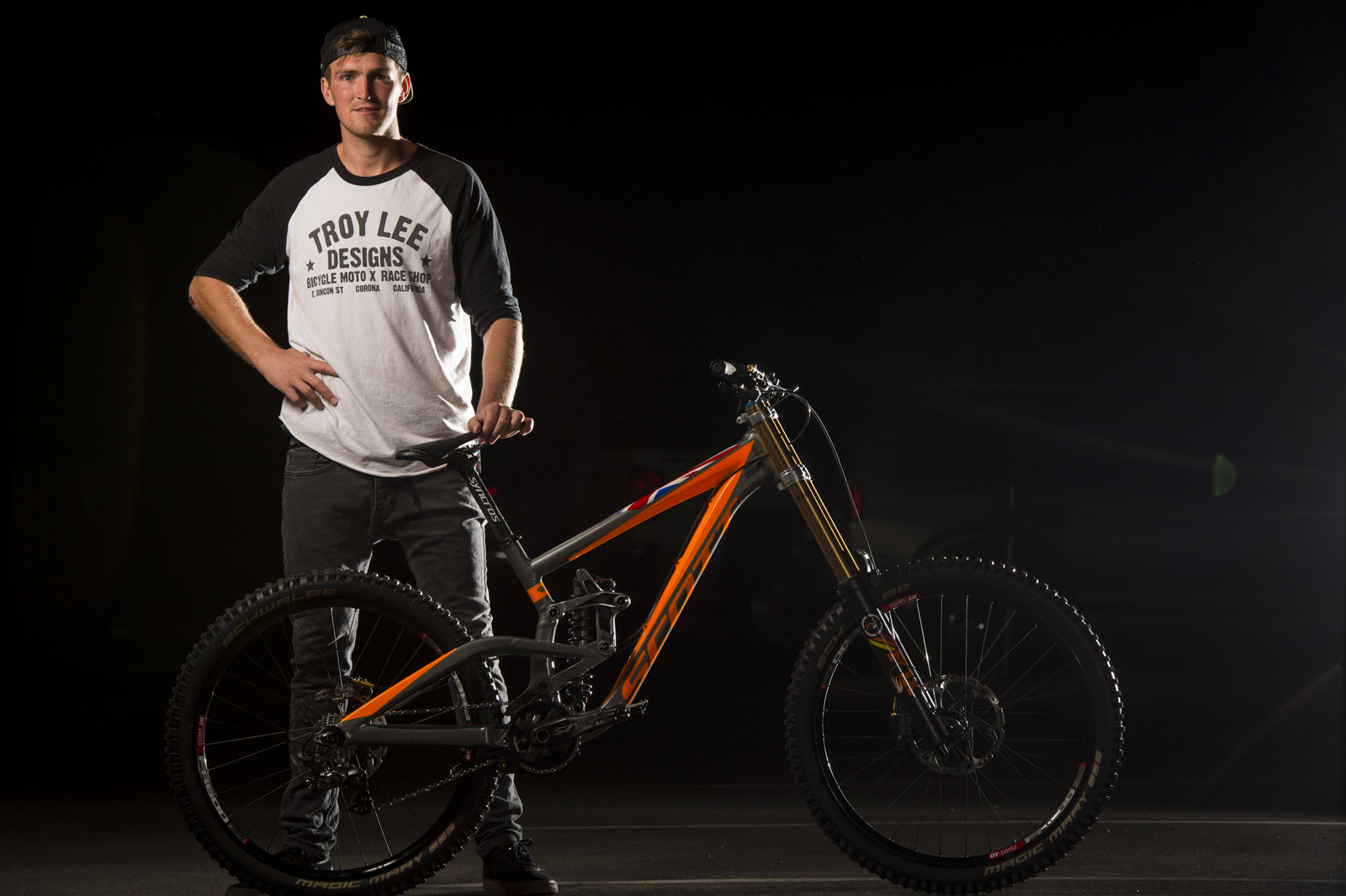 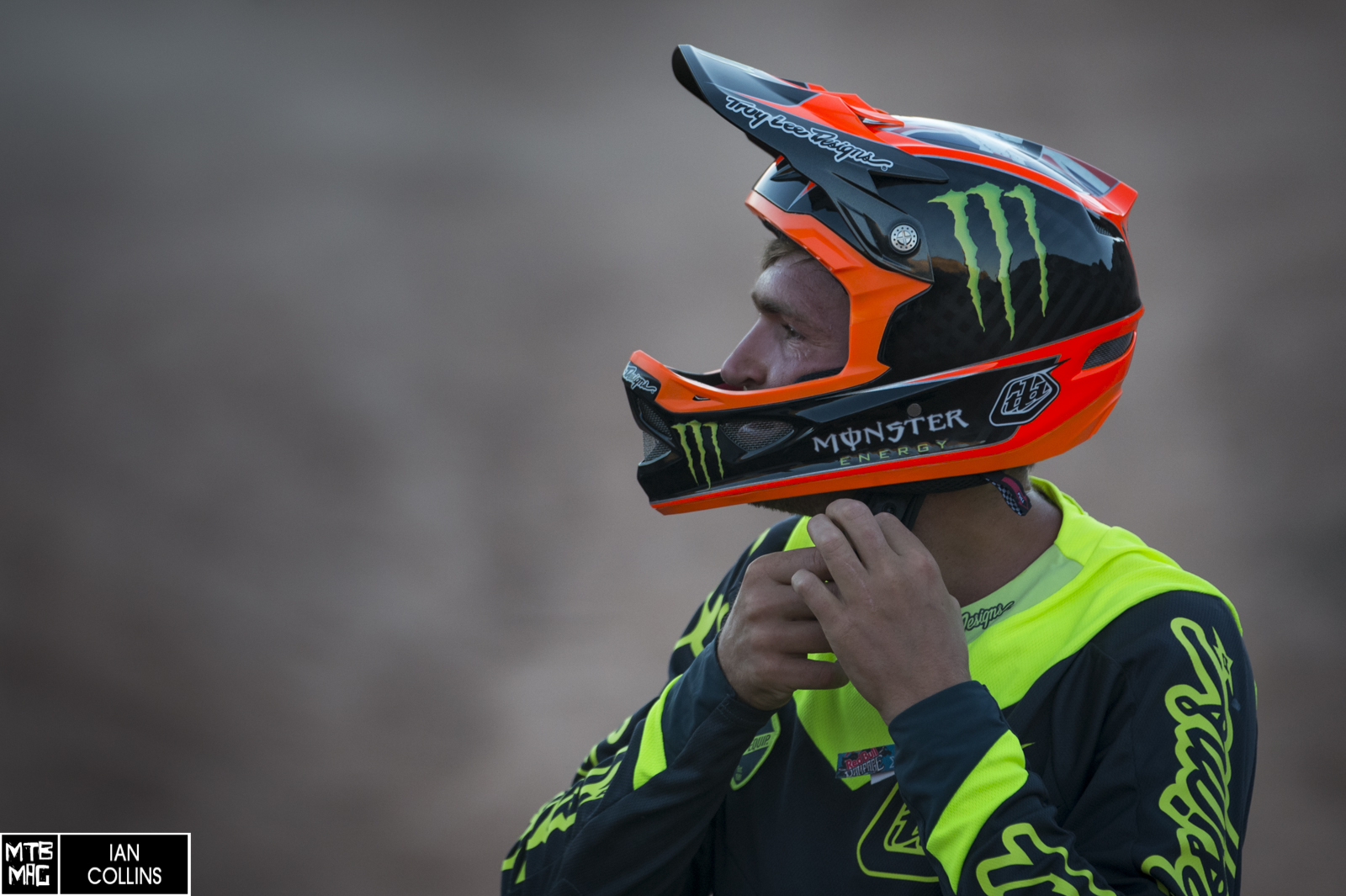 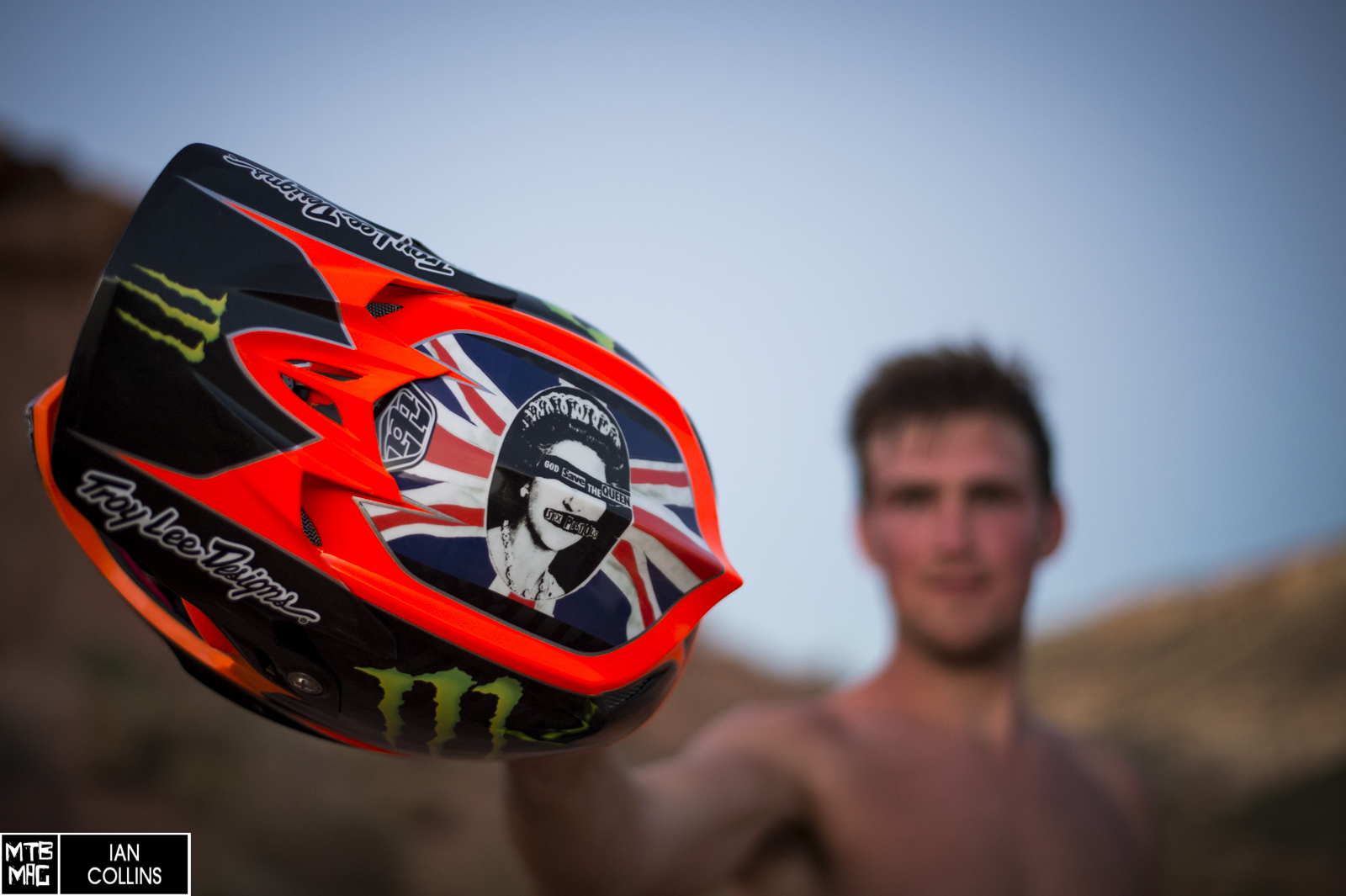 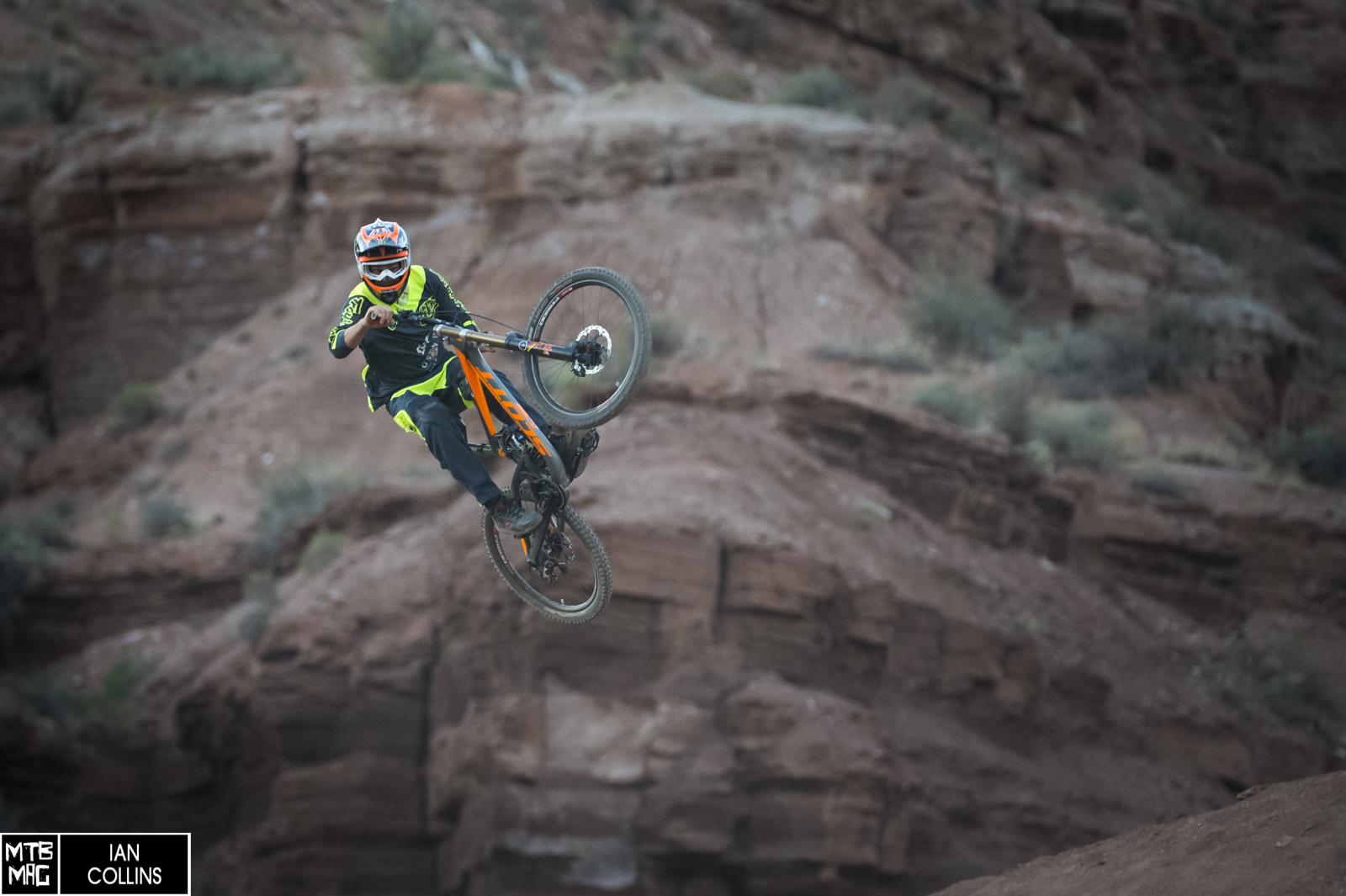 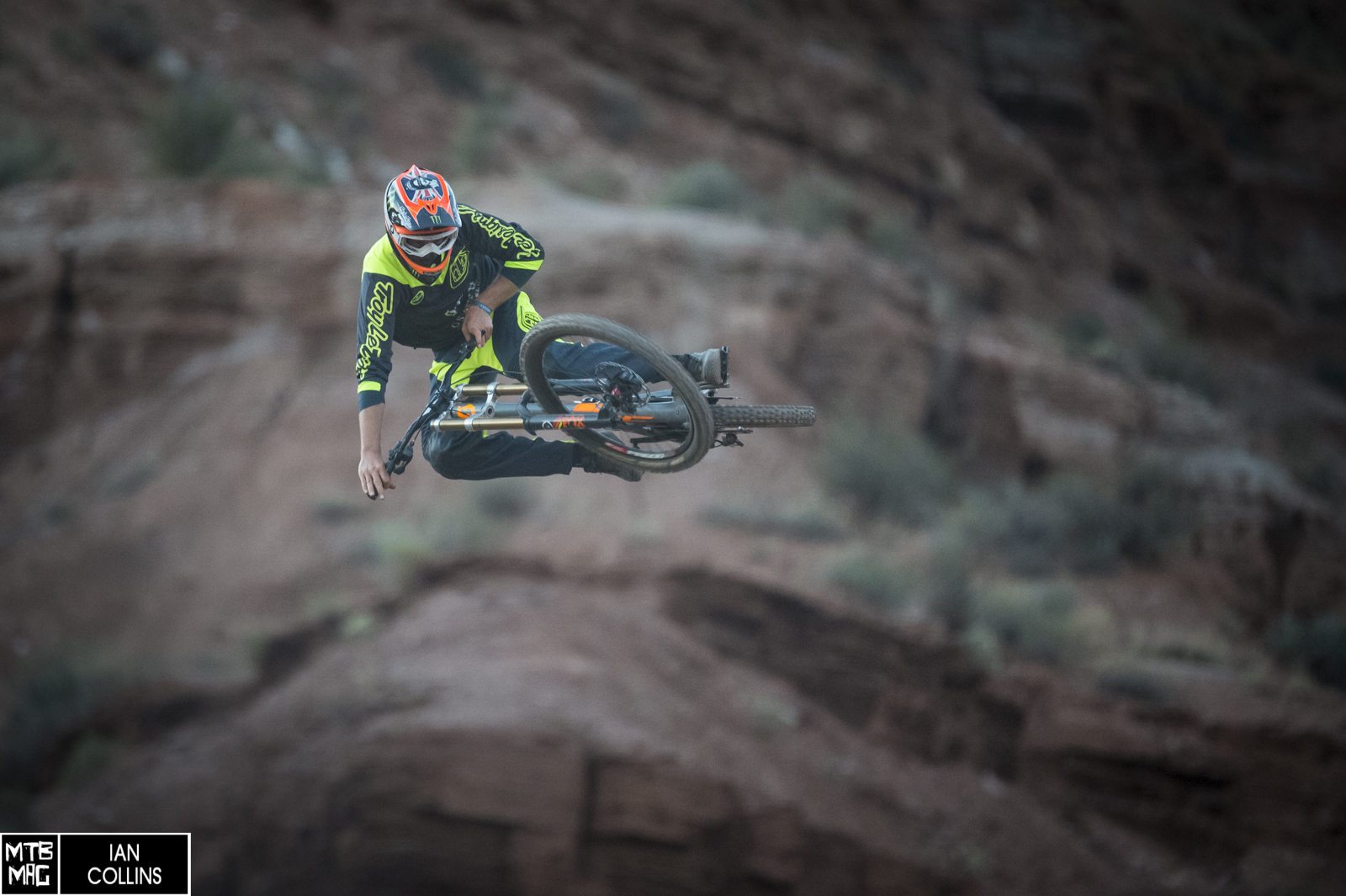 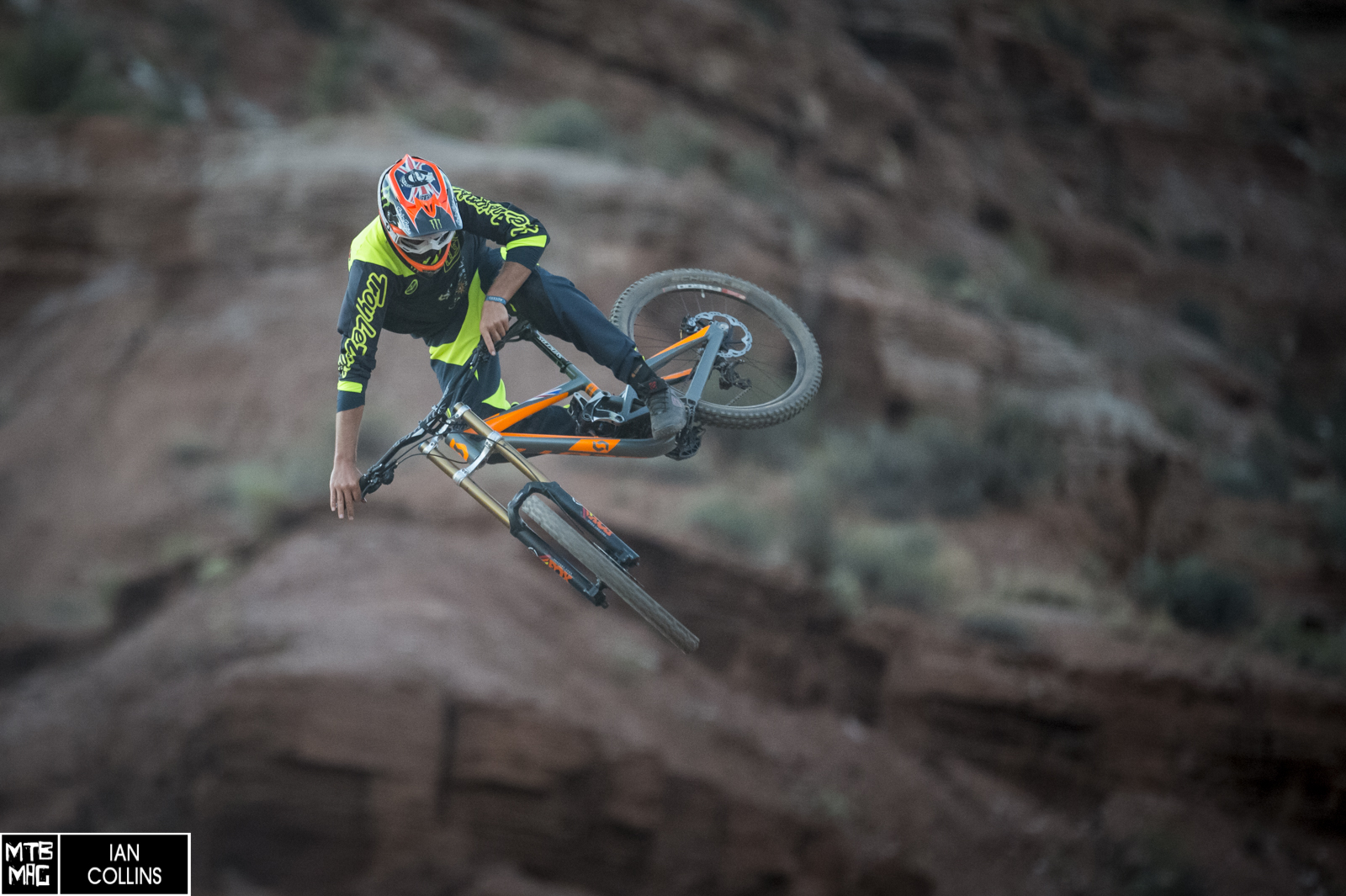 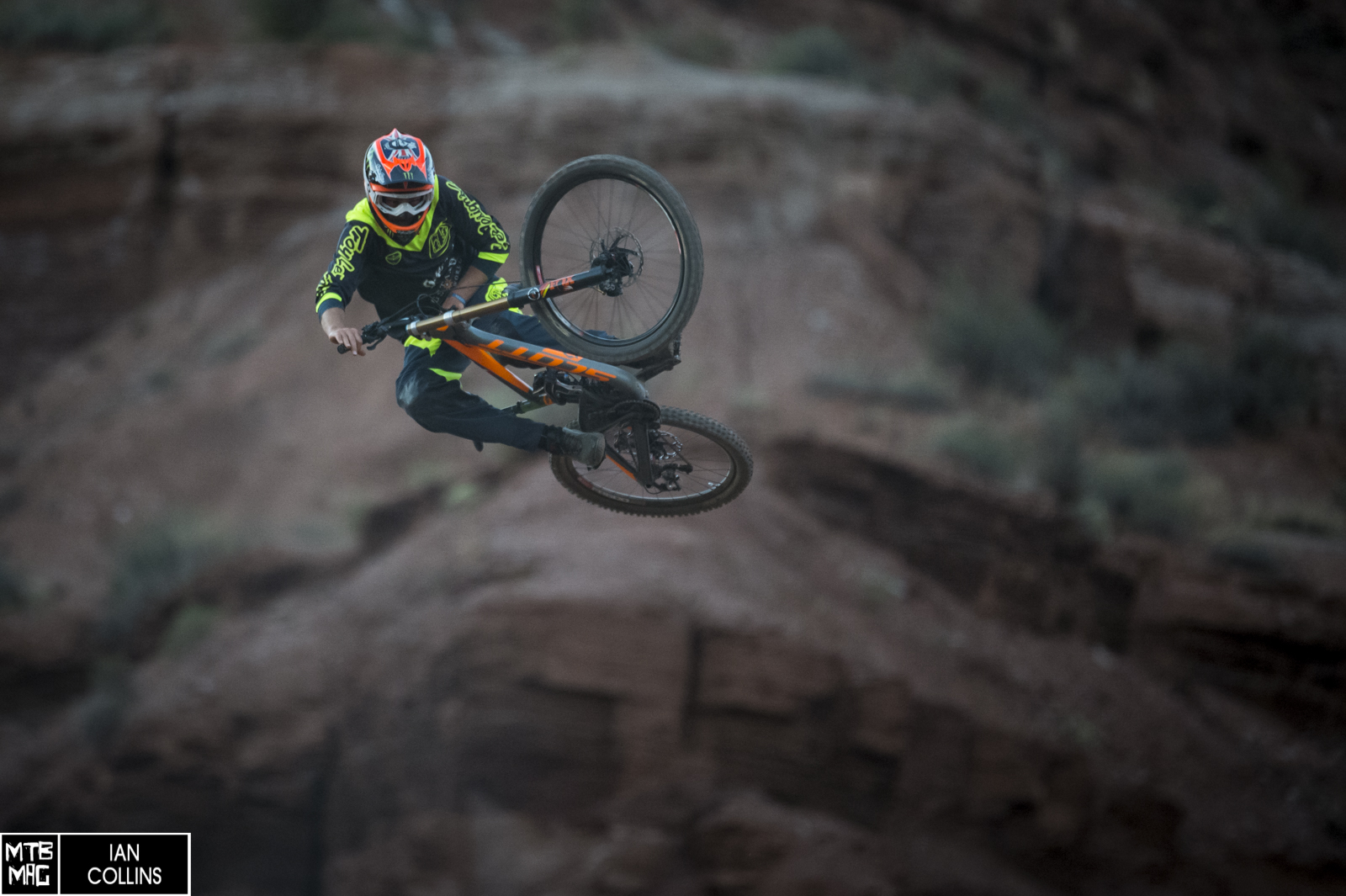 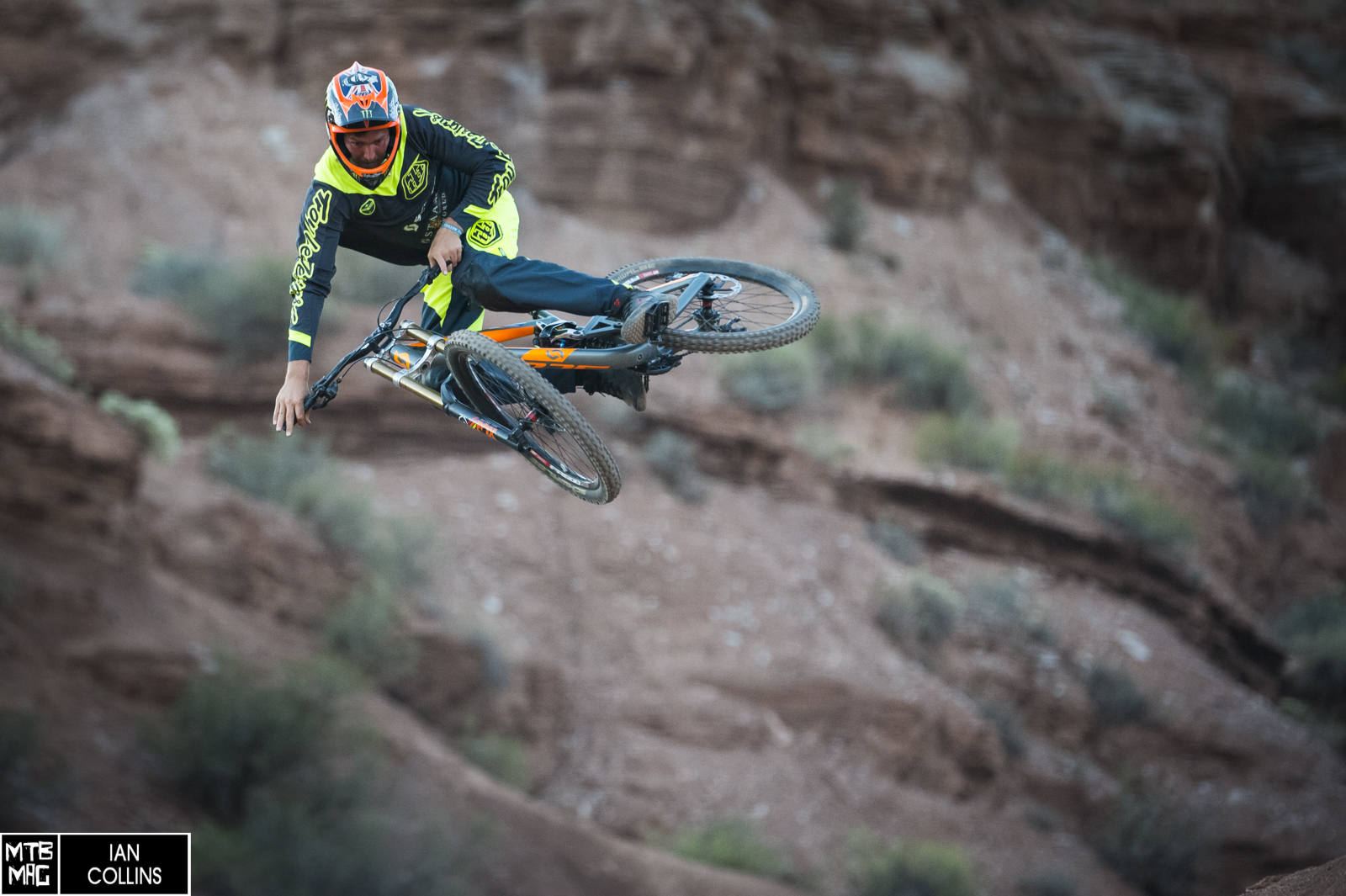 We have to apologize that these pics all look similar, but we had no light and about 20 minutes to shoot. No complaints about multiple Brendog whips though, right? 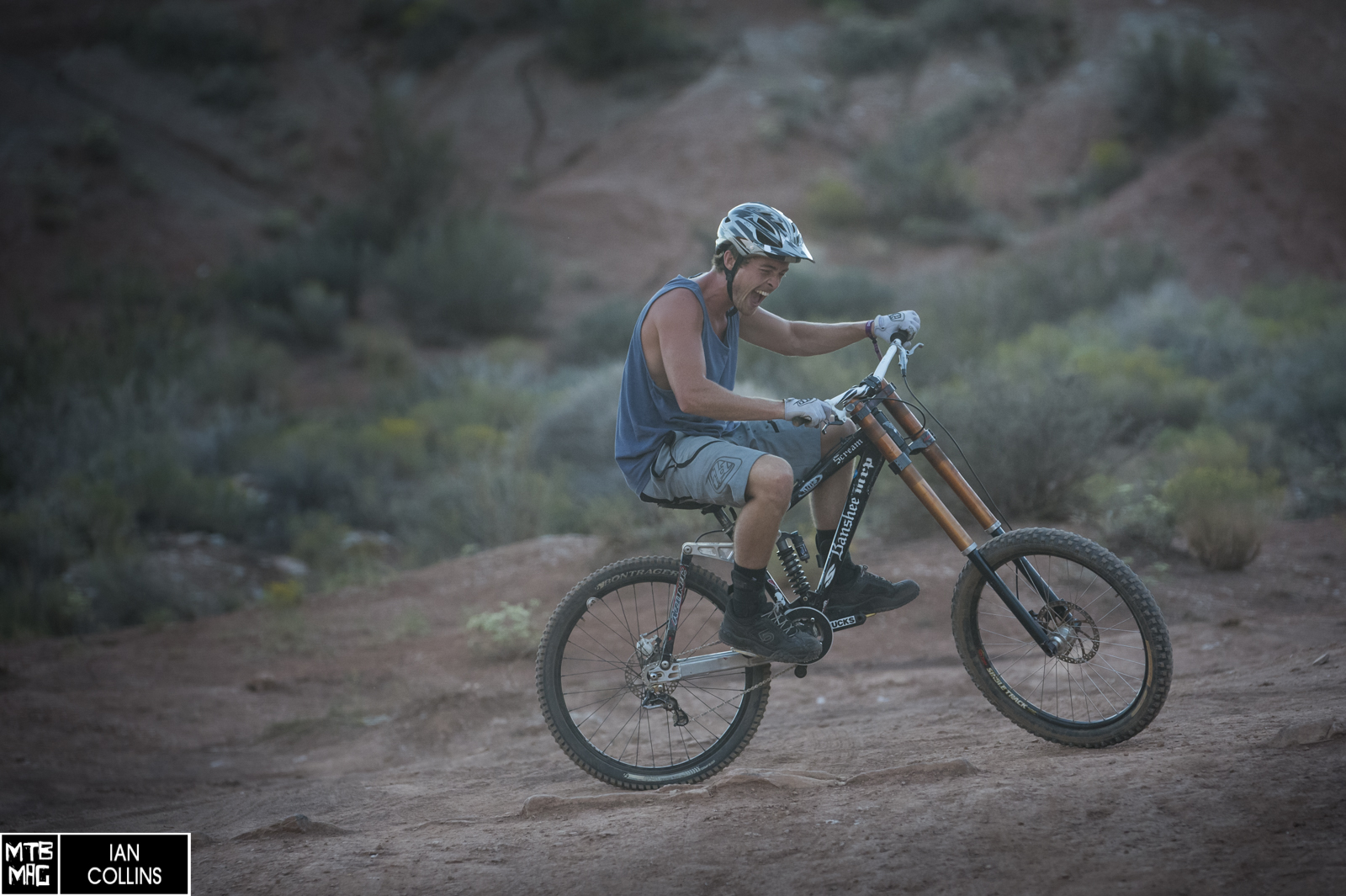 Just kidding, Ollie is still on DMR and stylish as ever.

Ol Boy Brendog caught us off guard and threw a HUGE backflip when we weren’t ready. A racer at heart, getting inverted isn’t his forte, but he’s peaking for RAMPAGE! 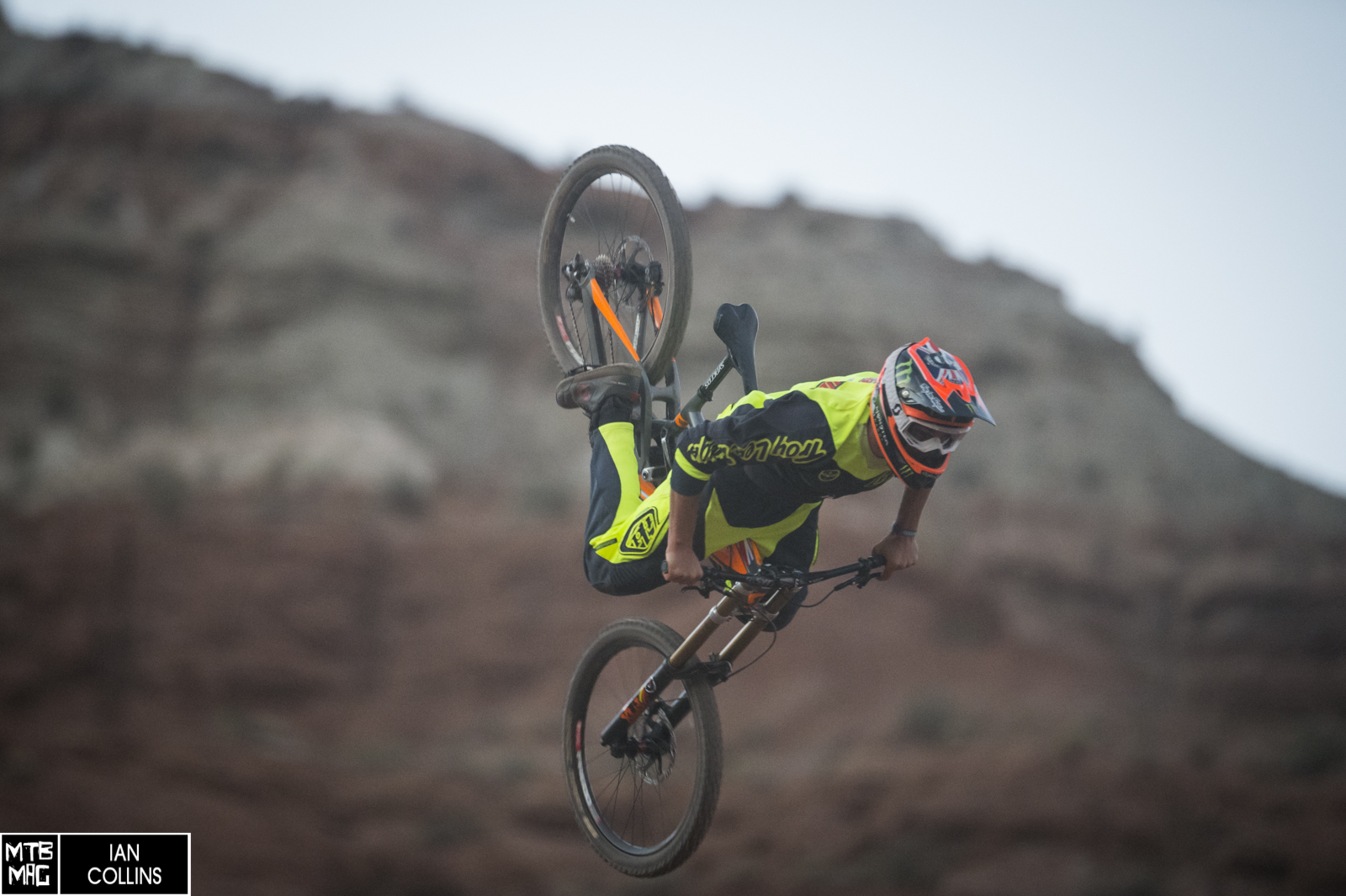 Look how bottomed his bike is! According to his mechanic Ben, Brendan is running both high and low speed compression circuits fully closed in his FOX RC4 with 180 PSI in the boost valve…those are the kinds of measures one goes to when it comes to riding like this. 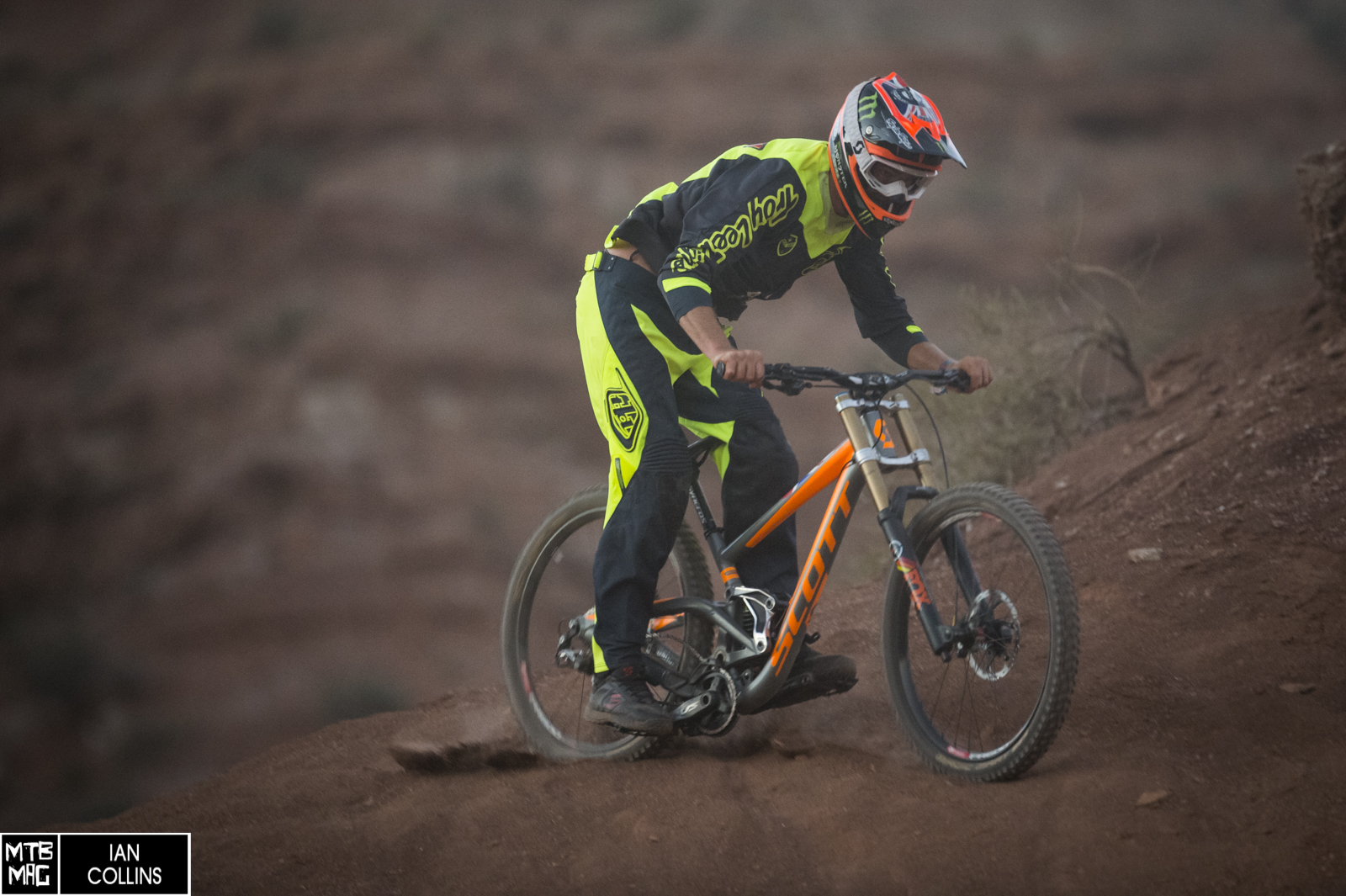