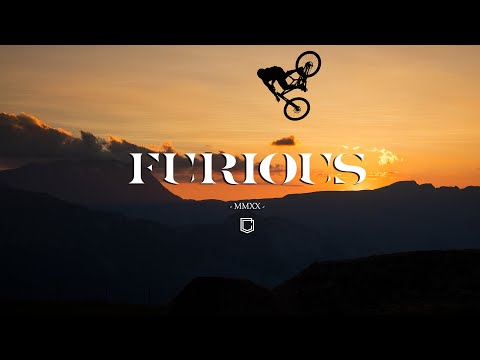 .
Commençal has updated their Furious freeride beast keeping the style and lines of the previous model but updating it in many details, both from a technical and design standpoint. The new Furious is made of 6069 aluminum alloy instead of the 6061 with which the previous model was built, for a more robust and durable chassis. The frame is now more rigid, retaining similar handling qualities as the previous one, but now the rear end offers improved rigidity thanks to the construction being in two parts and no longer in three. All welds are polished for improved aesthetics. The compression curve of the suspension system is adjustable on two different levels called Sensitive and Responsive, the first offers greater traction and the second an improved liveliness in the suspension. The setting is easily changed by moving the anchor point of the linkage at the frame between two flip-chips. This also allows the suspension to be best adapted to either a coil sprung or an air sprung shock absorber. Numerous details round out a series of other innovations such as the dual-density, grooved rubber protector at the chainstay as well as rubber protection under the down tube going down to the bottom bracket. The bumpers for the fork are in memory foam that integrates with the cable entry inside the frame. The geometry has also been tweaked slightly with longer reach to better work with the 40mm stems that most riders opt for and are being spec’d here. Lastly, the chainstays have been shortened to 435mm.