Dangerholm is a Norwegian custom bike builder, residing in Sweden, who is dedicated to the development of frames, mainly Scott, modifying them aesthetically to achieve particular looks and functional objectives that are reminiscent of concept bikes. For this Hyper project, Gustav of Dangerholm started with a Scott Spark and modified it drastically to create what he says will be the concept bike of the future that we will probably see more broadly in 5 or 10 years. 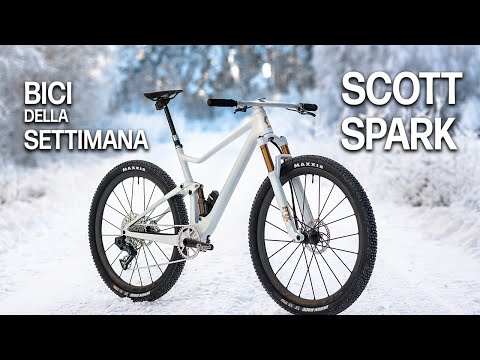 Gustav has modified the chassis and components to completely hide the cable routing, inserting a lot of electronics and various devices that, under the white livery created by Dangerholm, are not even noticeable, but are essential for the operation of the Hyper Spark. We show them to you in detail. 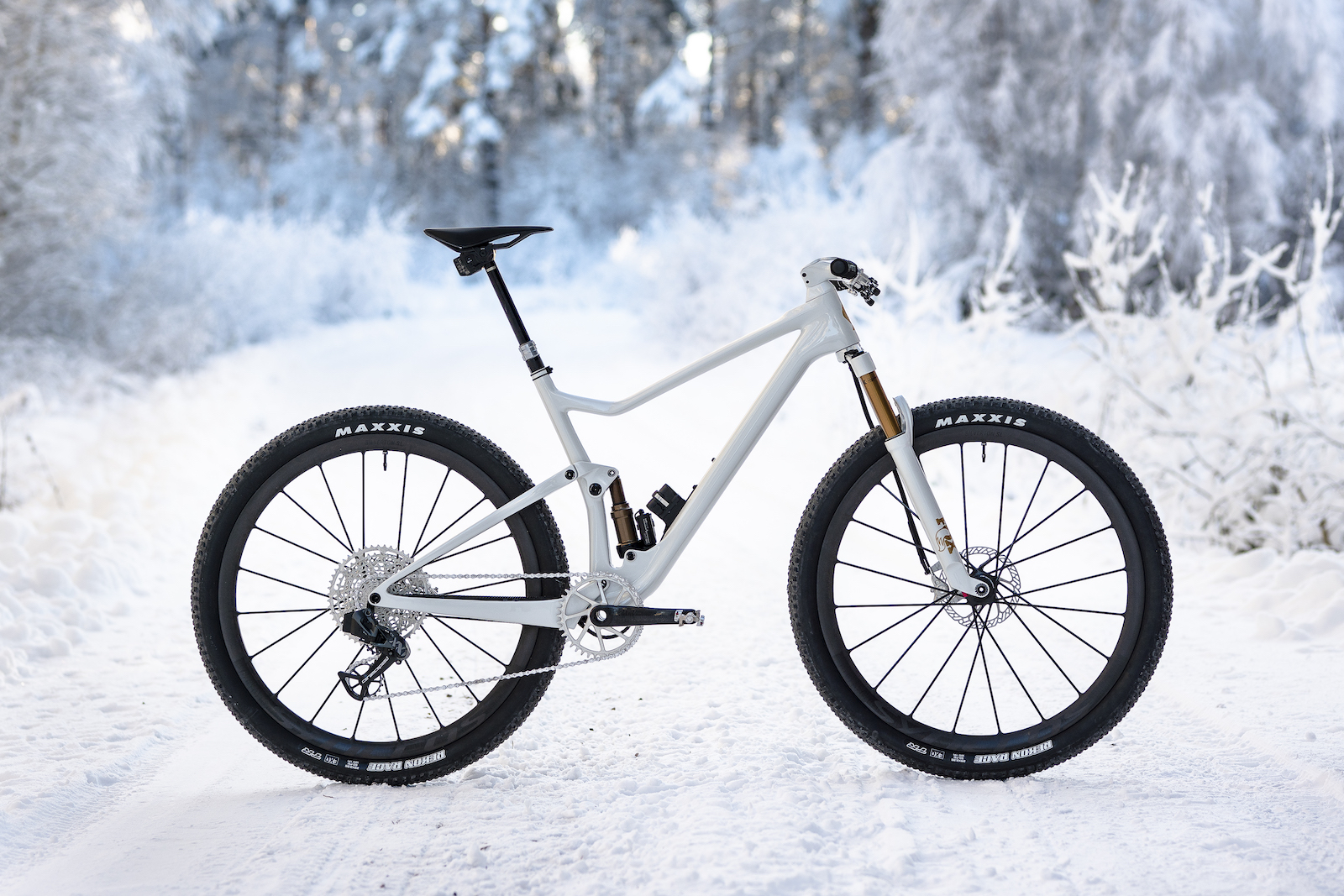 Gustav obviously started by stripping the frame and some components, including the fork, to which he eliminated the support for the brake line. 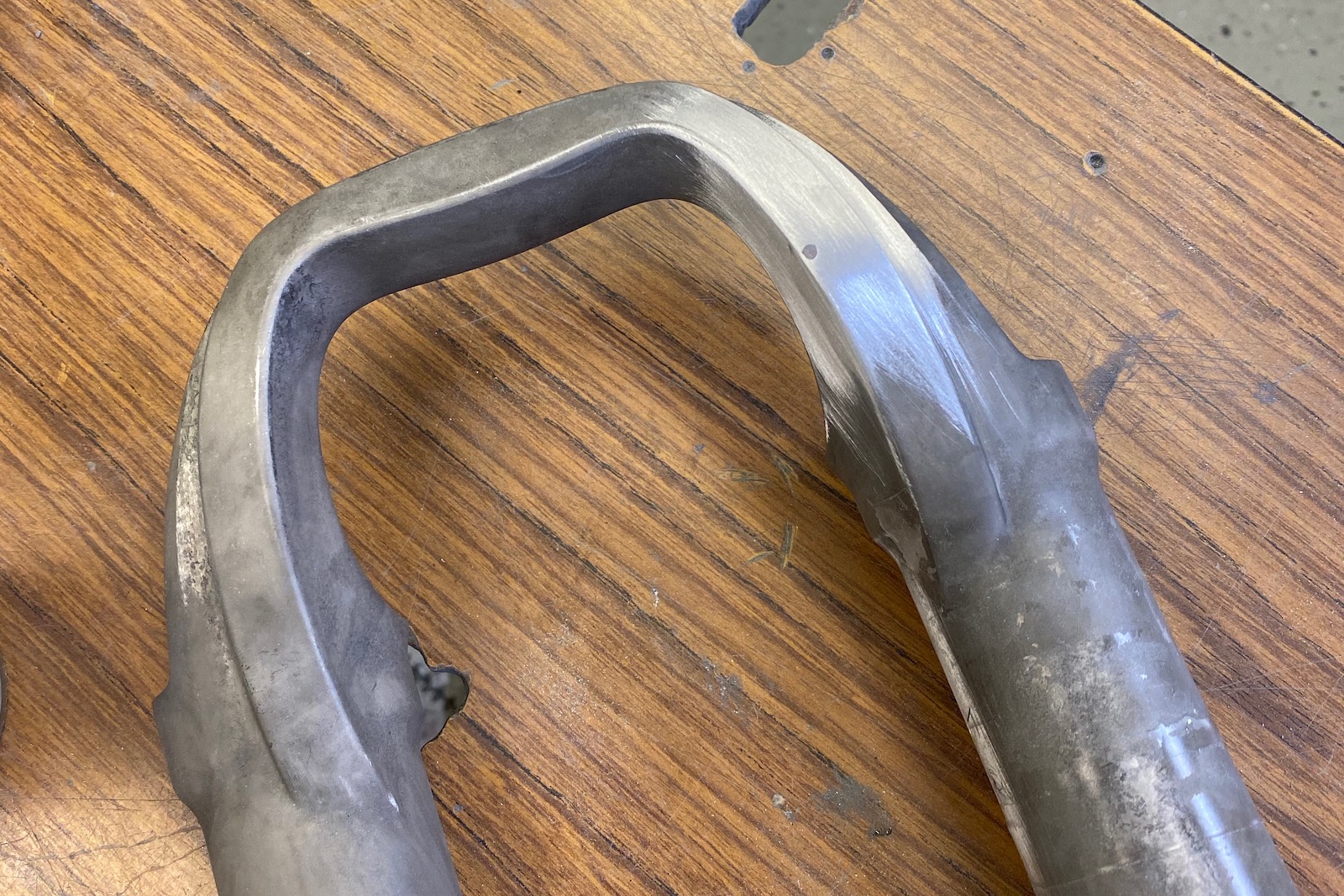 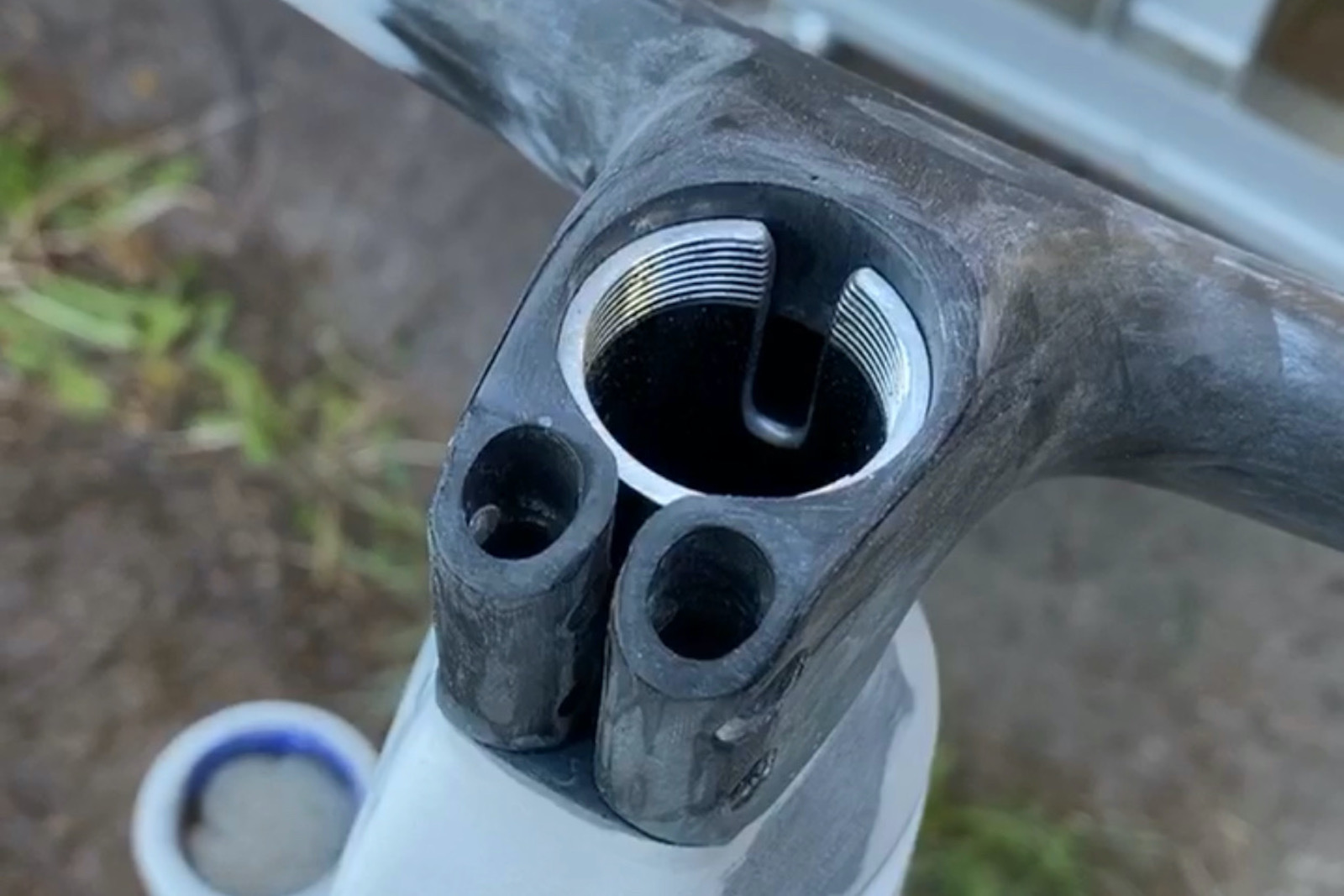 To prevent the steering wheel from cutting off the pipes and above all the electrical cables of Fox’s LiveValve system, he has handcrafted an aluminum “fork stop”. 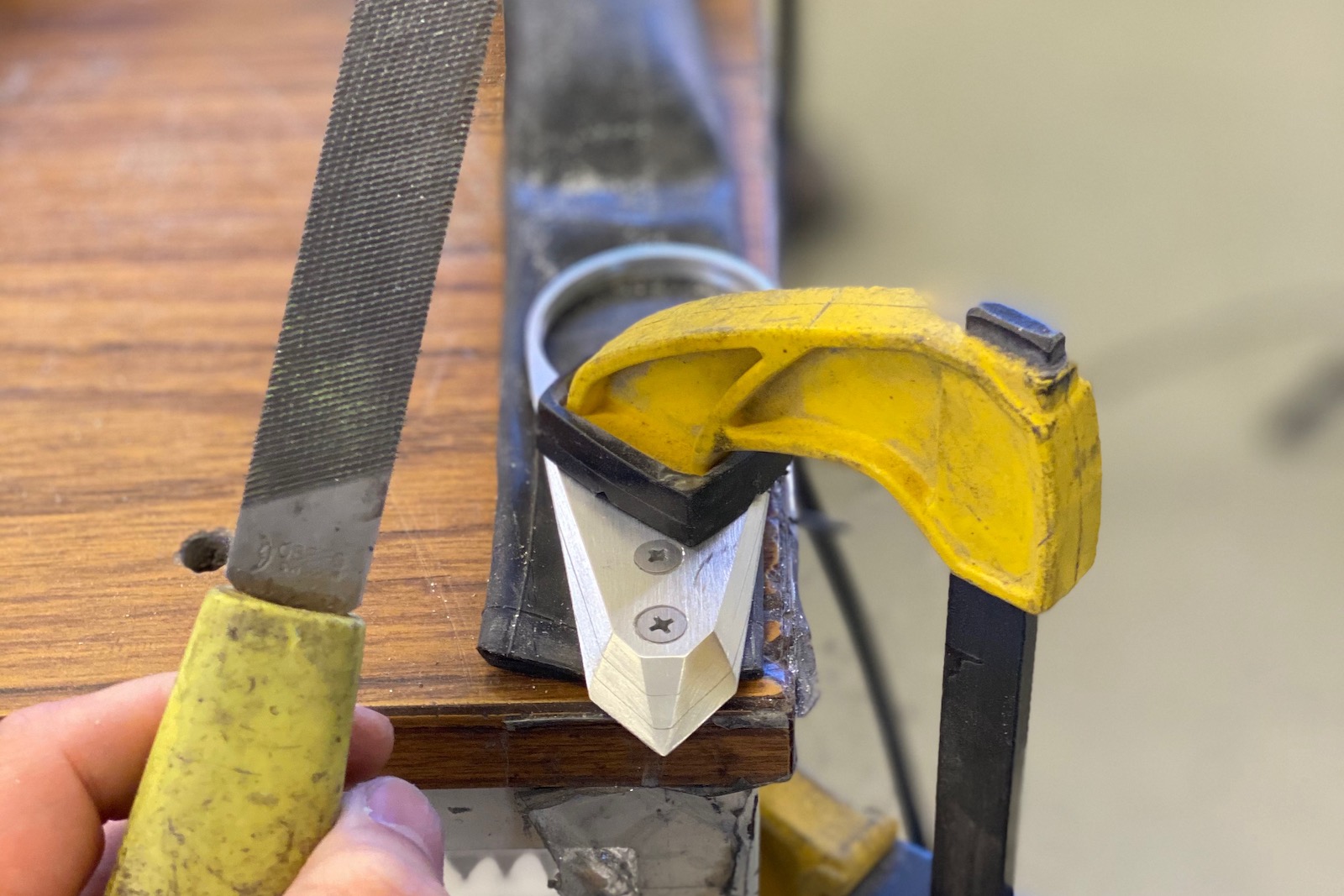 He then fixed it on the frame, drowning it under new layers of carbon fiber. 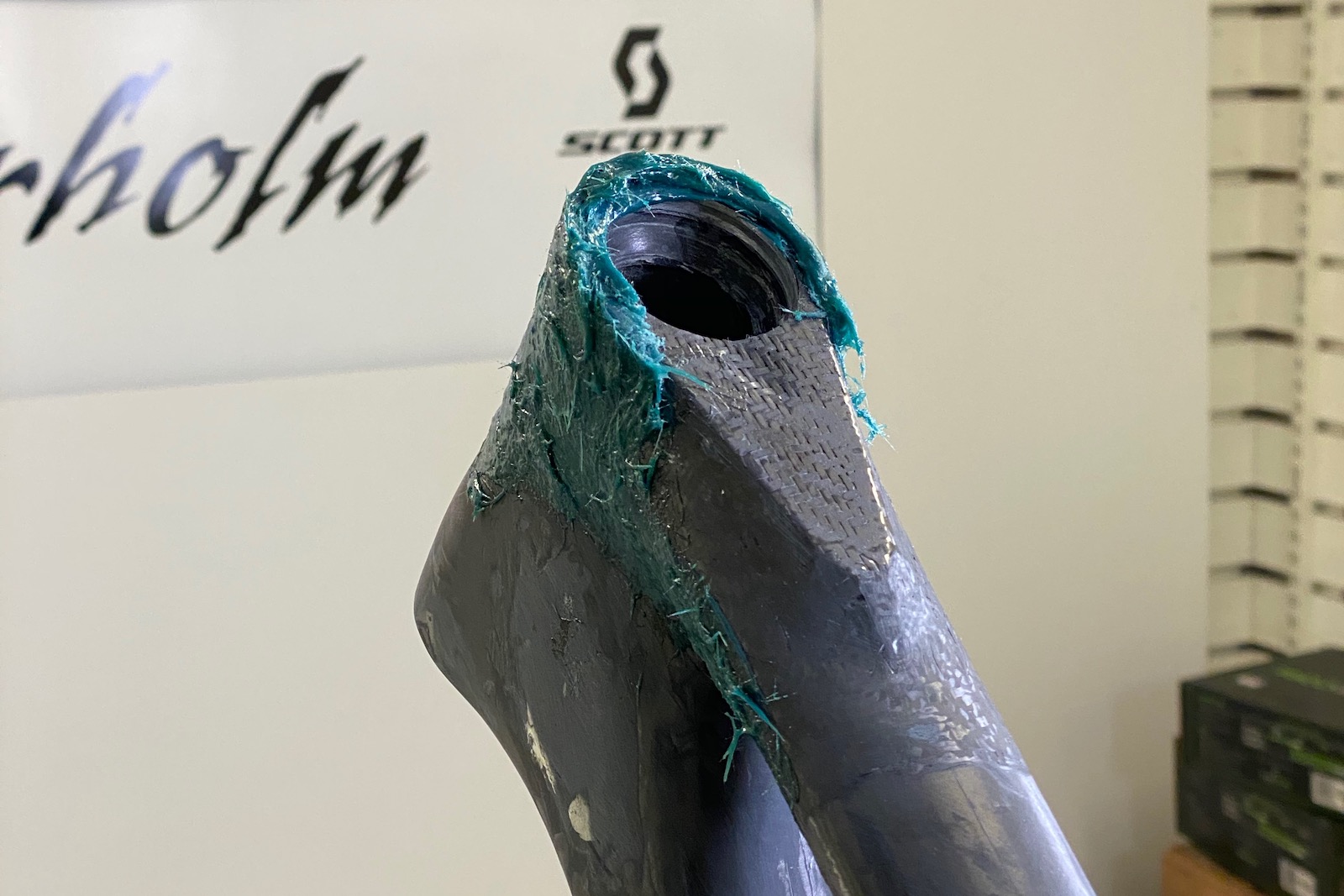 To control the AXS system of both the gearbox and the seat post, he created extremely minimal controls, whose electronic parts he has hidden inside the handlebar itself. 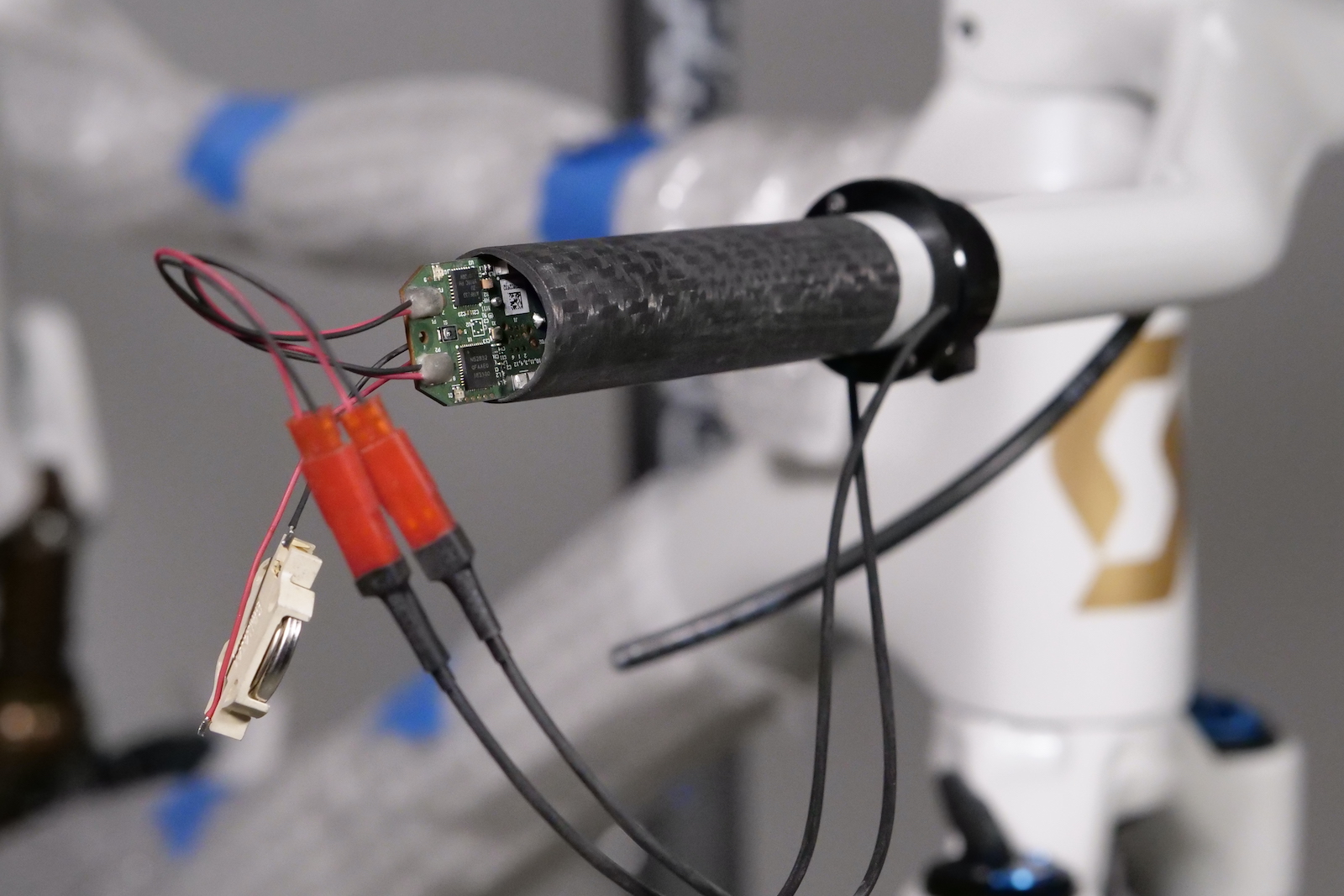 The result is these micro levers to be operated up or down, one next to the right knob and the other next to the left knob. 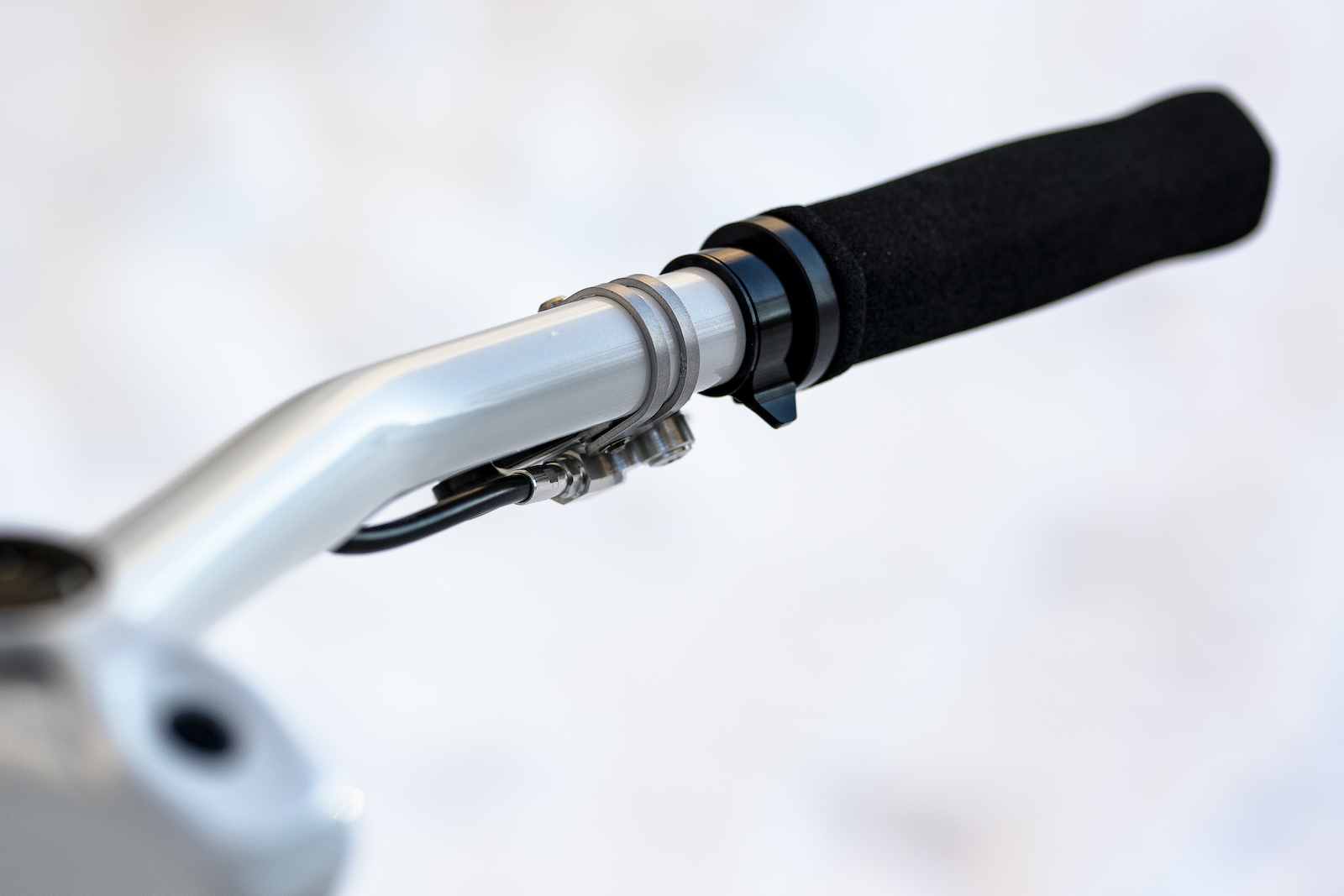 The most attentive will have noticed that the fork steerer is internally threaded. Gustav has in fact inserted a tie rod obtained from an integrated multitool from OneUp Components, which he carefully modified to make the LiveValve cable of the fork and the front brake pipe come out. 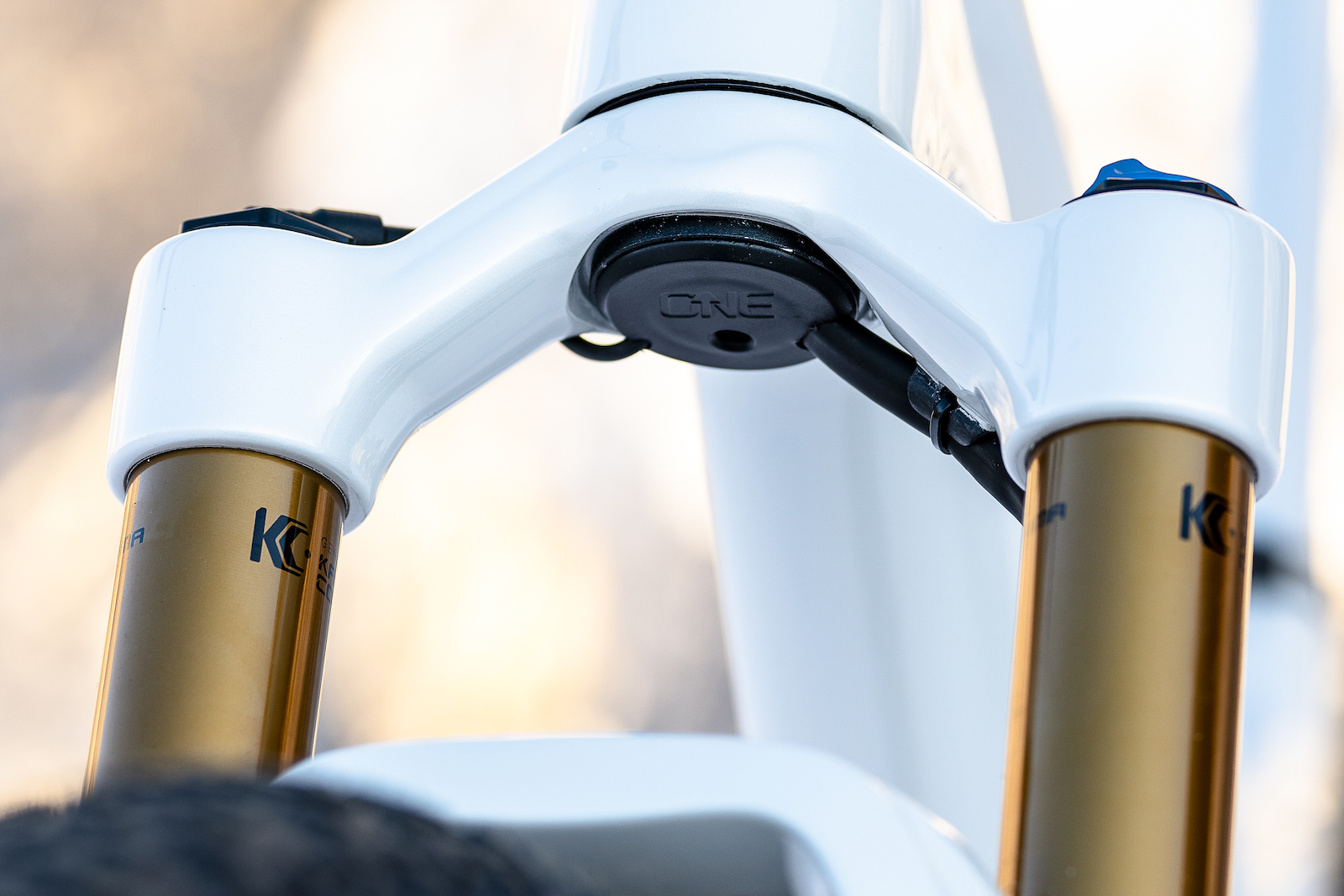 Tubing that continues along the rear part of the fork stem and sleeve, more discreet than the usual position. 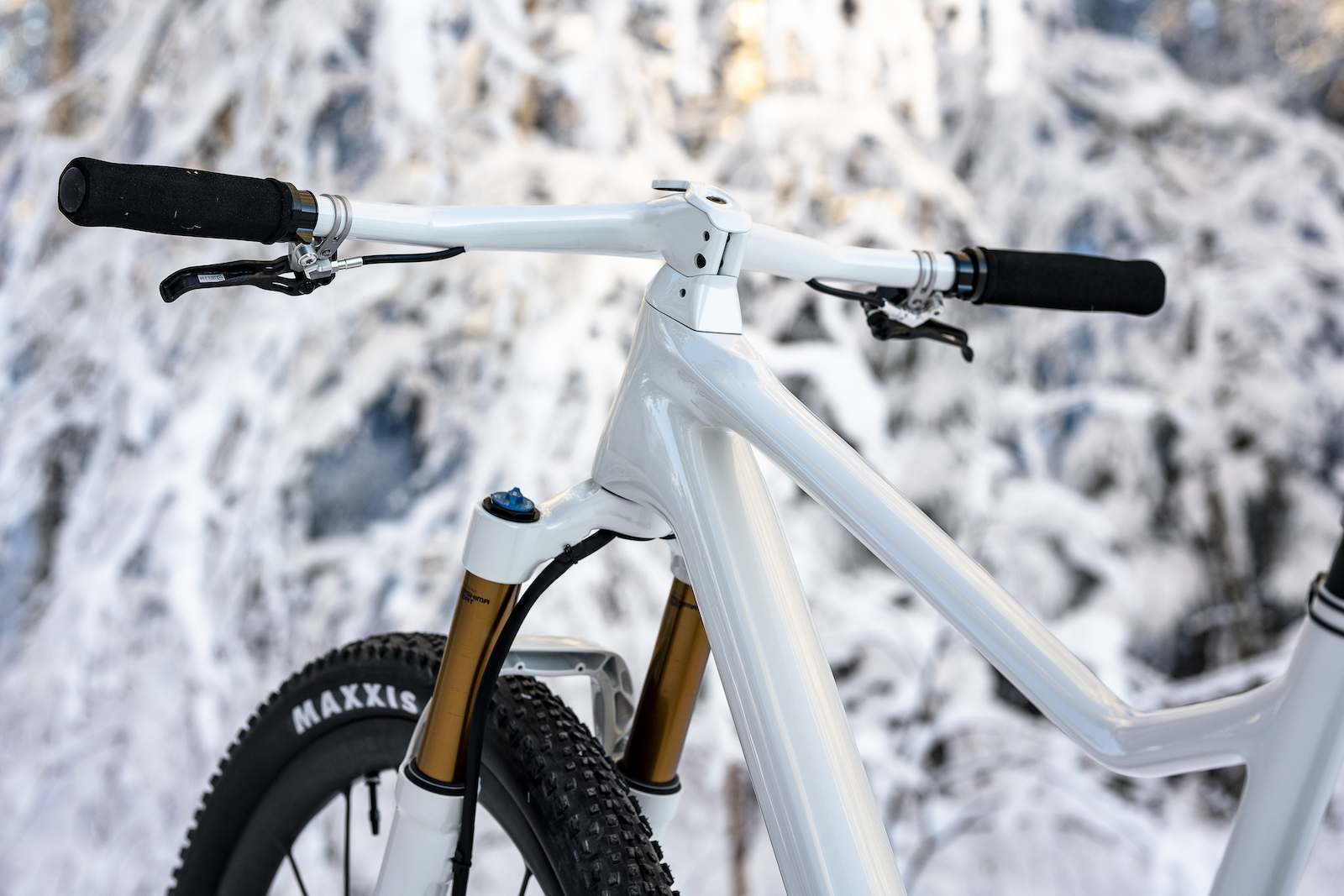 Discreet like the LiveValve cable that controls the fork hydraulics. 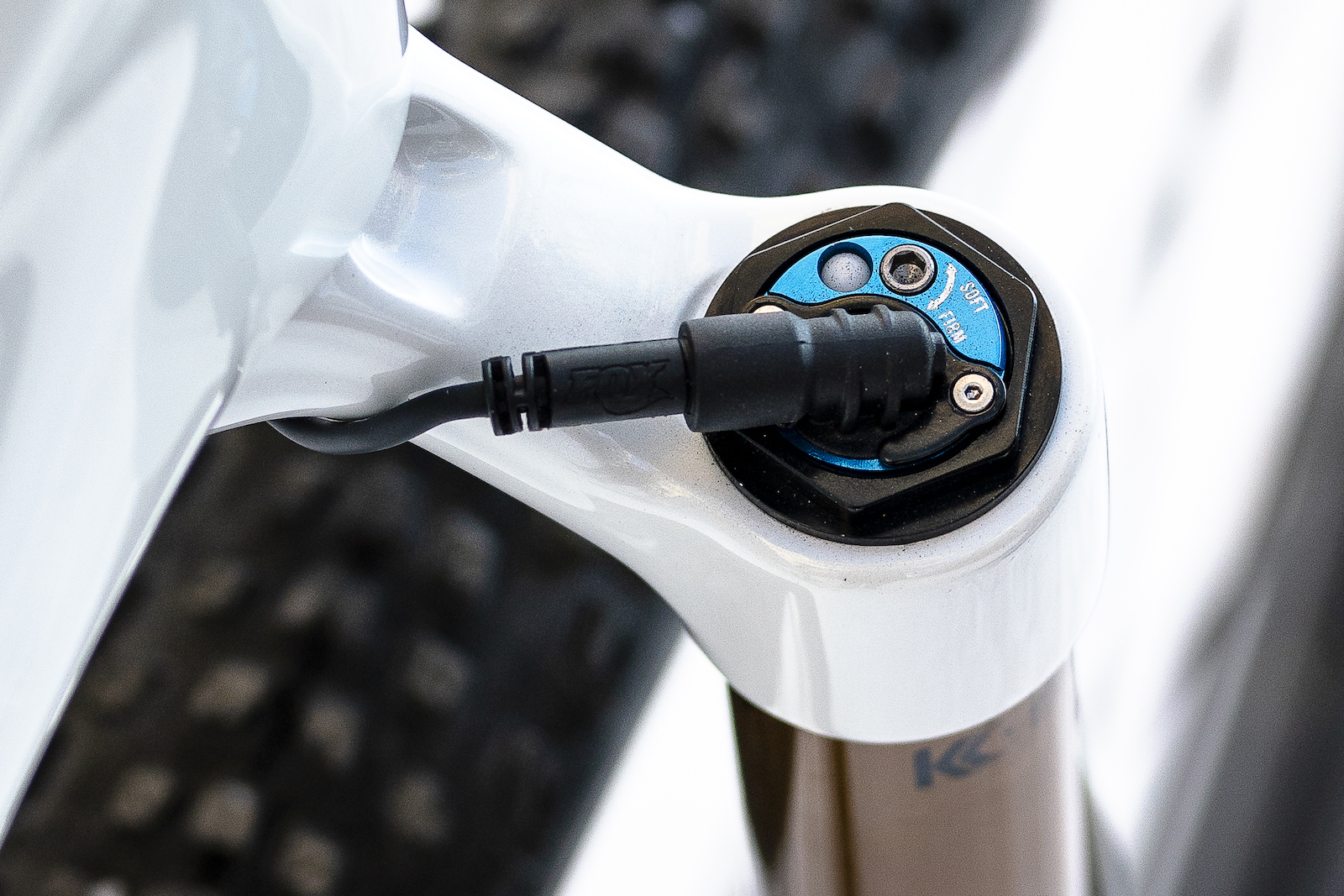 Ditto for the positioning of the battery and the cables that control the shock absorber. Attention to detail, with protections that prevent the chain from ruining Volkswagen’s Onyx White paint. Garbaruk components and Trickstuff brakes give an additional touch of exotic elegance, together with Syncros Silverton SL wheels made of carbon fiber in a single piece between rim, spokes and hub. For those who just can’t digest the dropper post on an XC bike, Gustav has also thought of a version with a fixed seat post, which lowers the overall weight of his creation. It is a custom component that combines the saddle shell and the seat post in a single piece built in carbon fiber by the Slovenian Berk. This is the list of components of the Scott Hyper Spark, with the weights indicated based on the set-up with or without dropper post. The weights shown are of course without pedals, but include tire inserts. You can see more of Dangerholm’s creations on his Instagram profile: Dangerholm

Recently we were able to catch up with the Olympic XC champion, British rider Tom Pidcock,…

If you aren’t familiar with Jordi Cortes, he’s the Global Race Department Manager at Fox. Amongst…