Today Scott presents the new 2023 Scale – a hardtail with 29-inch wheels, in a carbon fiber or aluminum frame and, in the RC SL version we tested in size M, weighs in at 8.99 kg on our scale.

I was able to test it for a month on my home trails and on the gravel paths of the Venice lagoon. Click on the video – *with English subtitles* – to hear the full details and learn about how it treated us on trail…or read on for a summary below.

Compared to the previous model, the Scale has become longer, has a slacker head angle (but has an adjustable headset available) and a steeper seat angle. 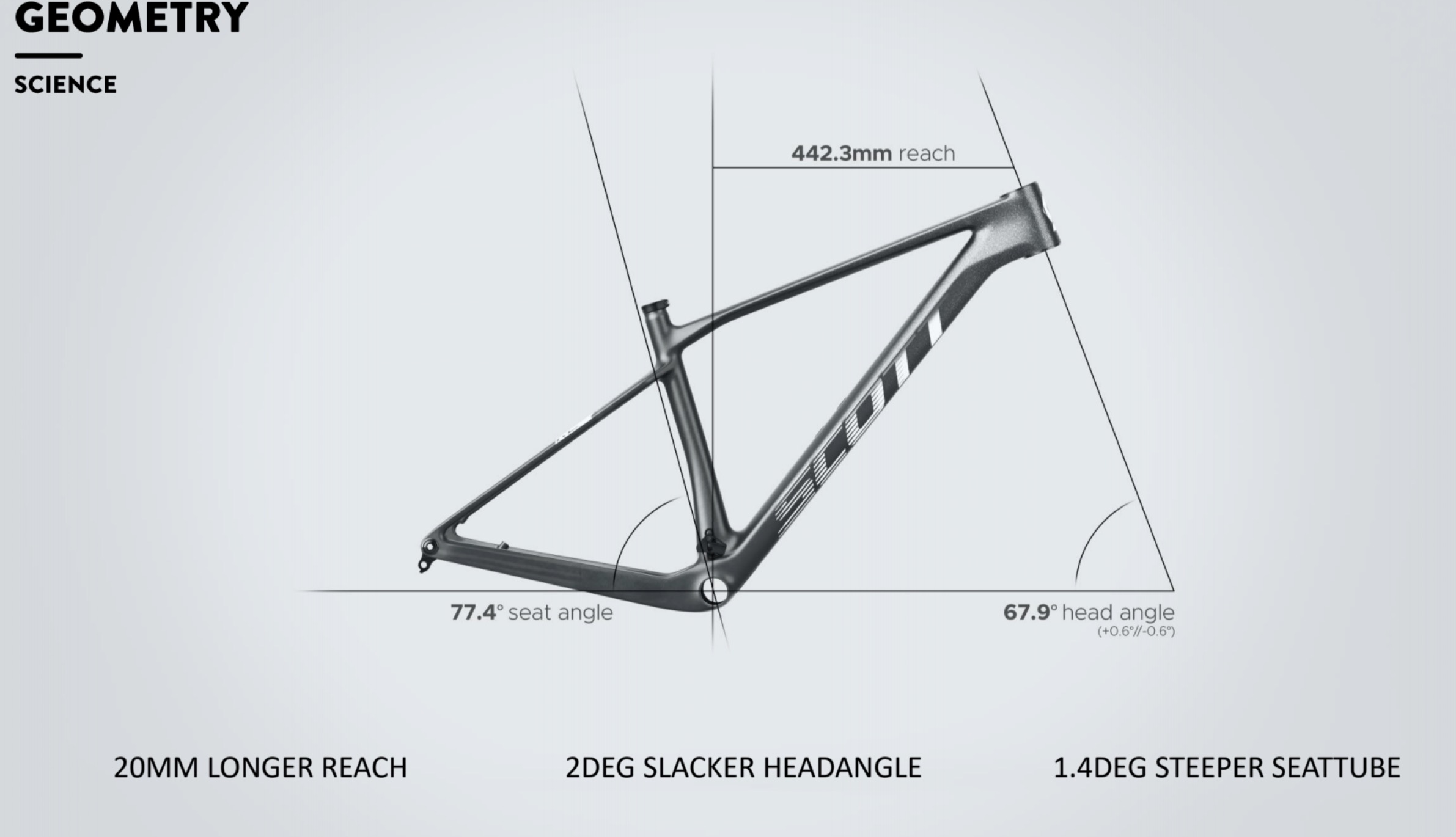 For the most thorough review, I’d refer you to the video, however you can gain some insights from the long form review as well. You probably noticed that the model tested doesn’t have a dropper seatpost, a detail that will make gram-maniacs happy but a little less so for those who love pinning it on more technical terrain. As I belong to the second group, I found myself riding on rather simple routes without any steeper bits, because by now I’m so used to using the a dropper that I can’t do without it.

However, it must be said that those who buy a bike like this love charging uphills and doing granfondos, among which it is almost impossible to find any technical descents, so it would not have made sense to distort the test by looking for more ruggen routes.

It goes without saying that the featherlight weight, combined with the great rigidity of the frame and wheels, make even the longest climbs fun, including those on asphalt. 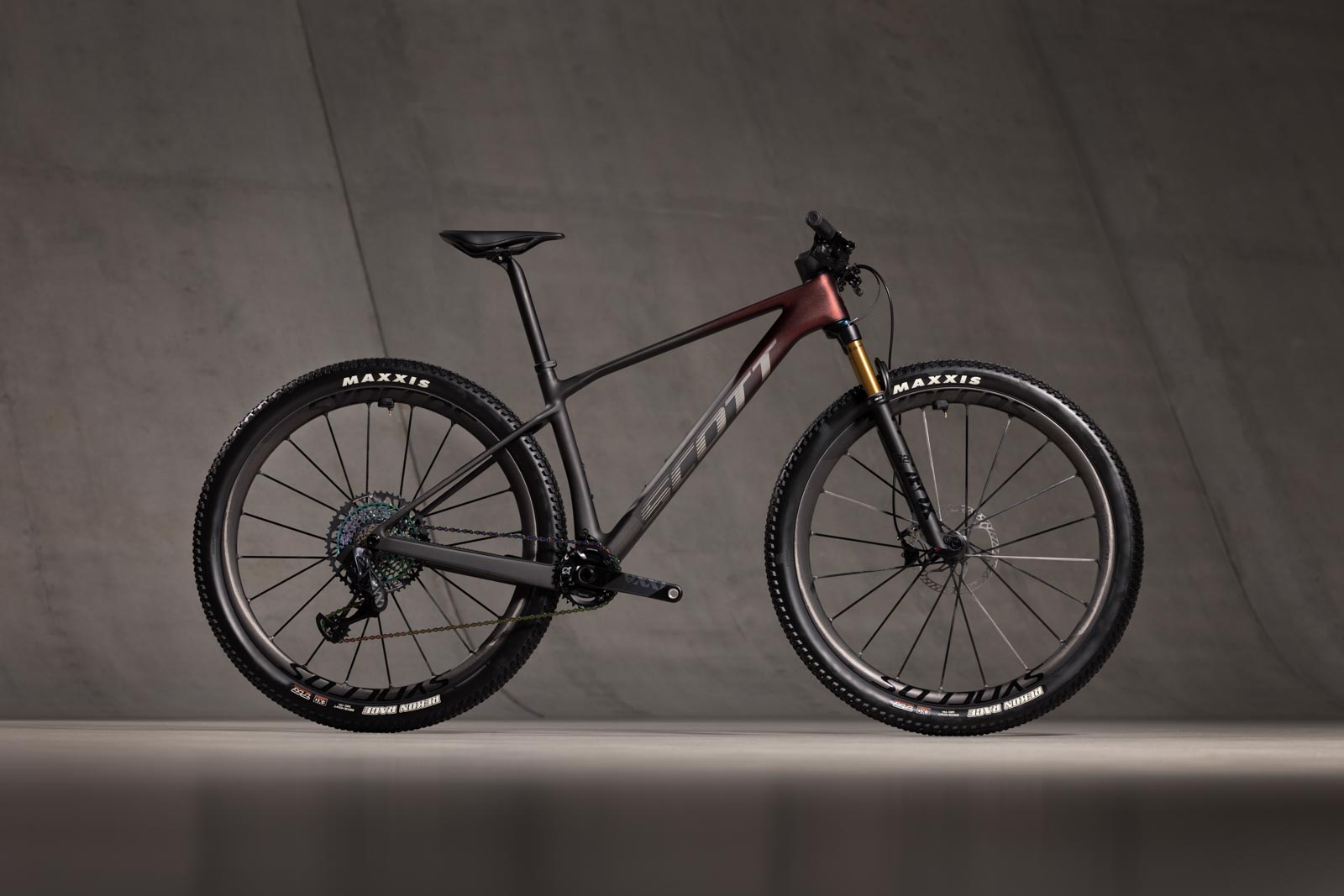 In fact, the Twinlock is not missing on this Scott either, i.e. the three-position handlebar remote control: open, trail and closed, clearly only for the fork.

If it weren’t for the generous feel of the tires and the handlebars, one could think of being on an XC race bike, also given the riding position with a rather low torso. The lockout of the fork is in fact completely firm. 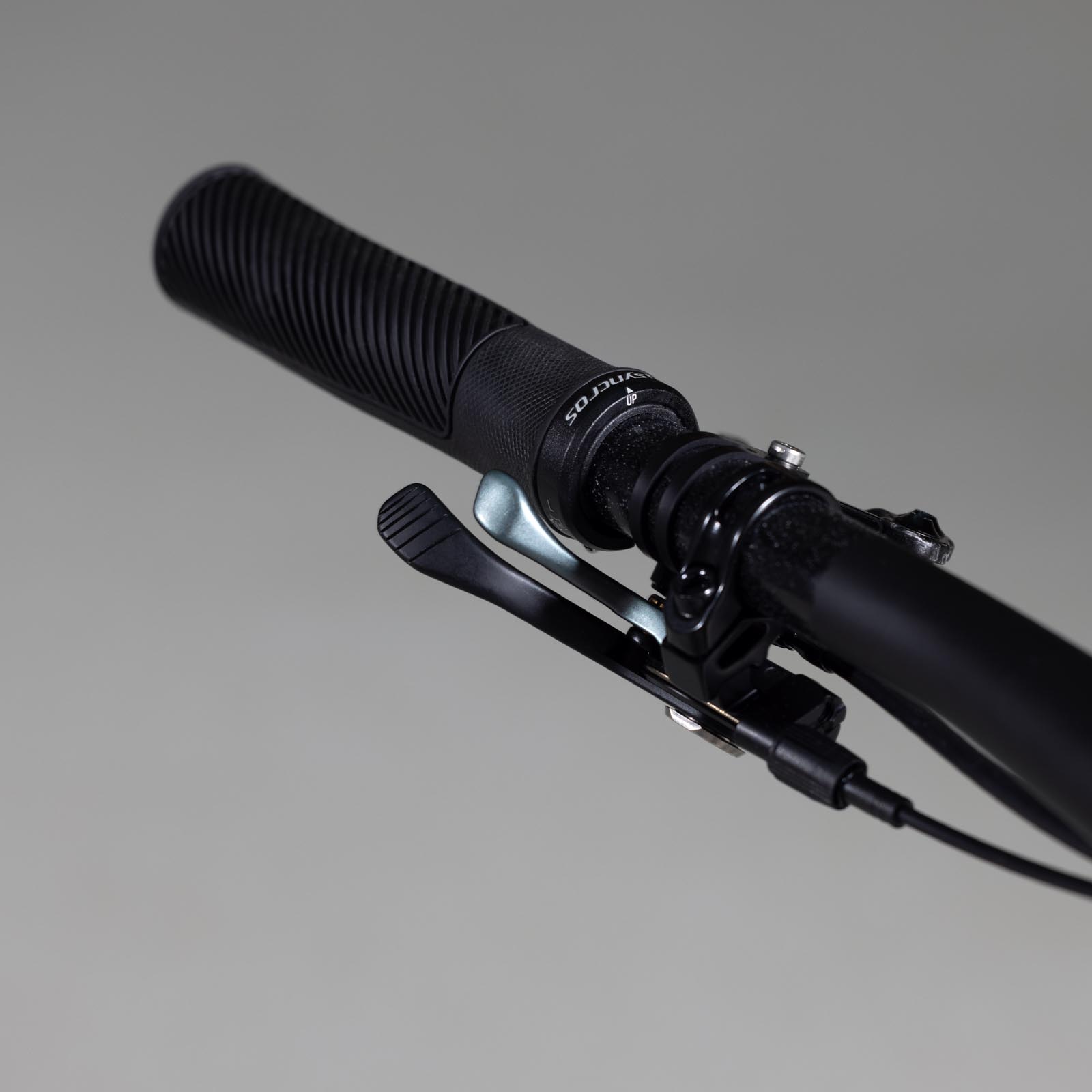 Speaking of frame, the model being tested is the one with the most premium carbon fiber, the HMX-SL. Its claimed weight in size M and with all hardware and the UDH dropout is 847 grams, 32 less than the past model.

Some weight loss was achieved through material reduction in the reinforcement points and a lighter and more minimalist hardware. 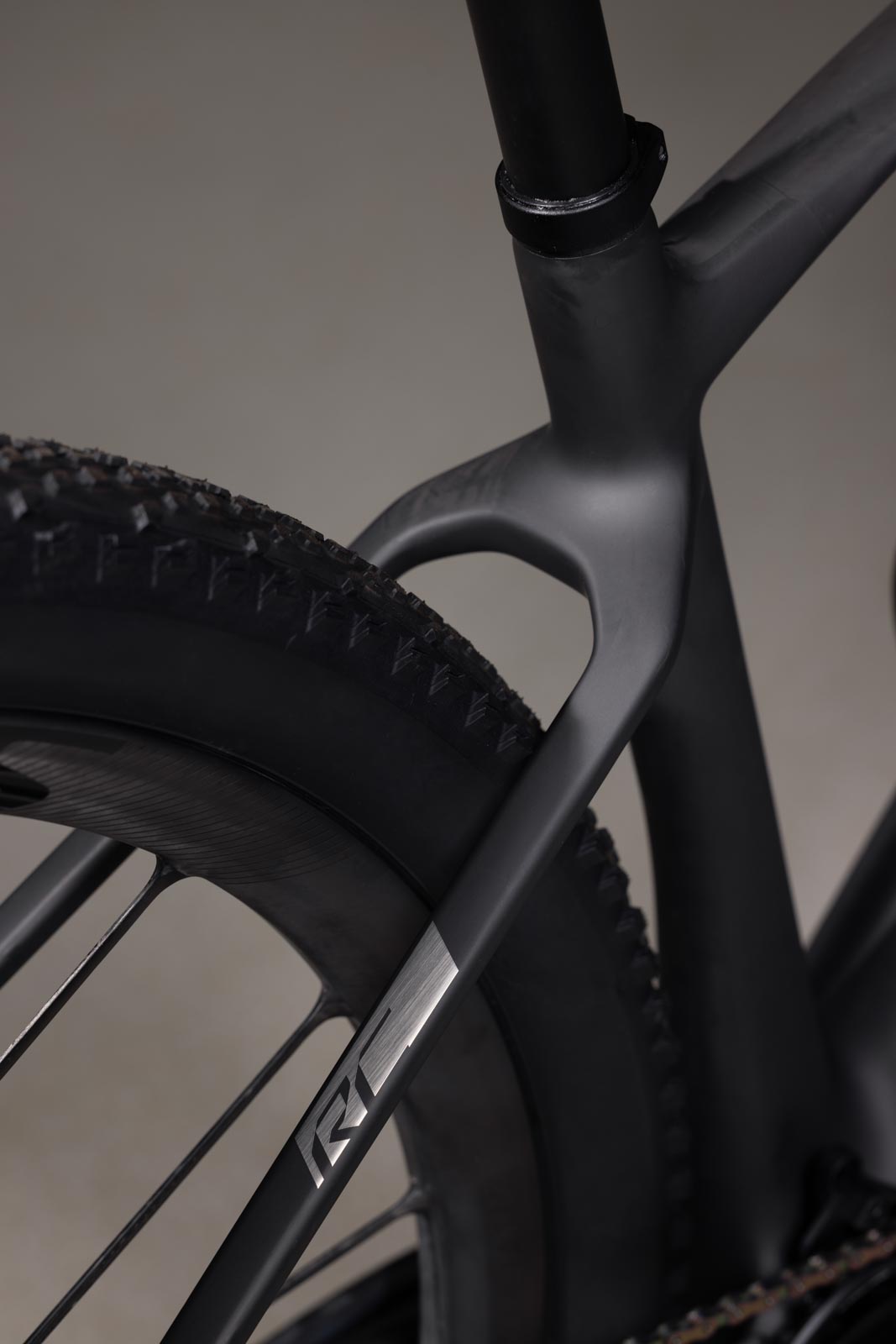 The Scale being tested mounts the very dear Syncros Silverton SLs, with the signature one-piece carbon construction hub – spokes – rim. Very stiff, they turned out to be less uncomfortable than expected also thanks to the combination with the 2.4″ Maxxis Rekon Race, subject to correct operating pressure.

This is why the TyreWiz sensors have come in handy for me, so as to be able to find the right compromise between traction and resistance to pinching. 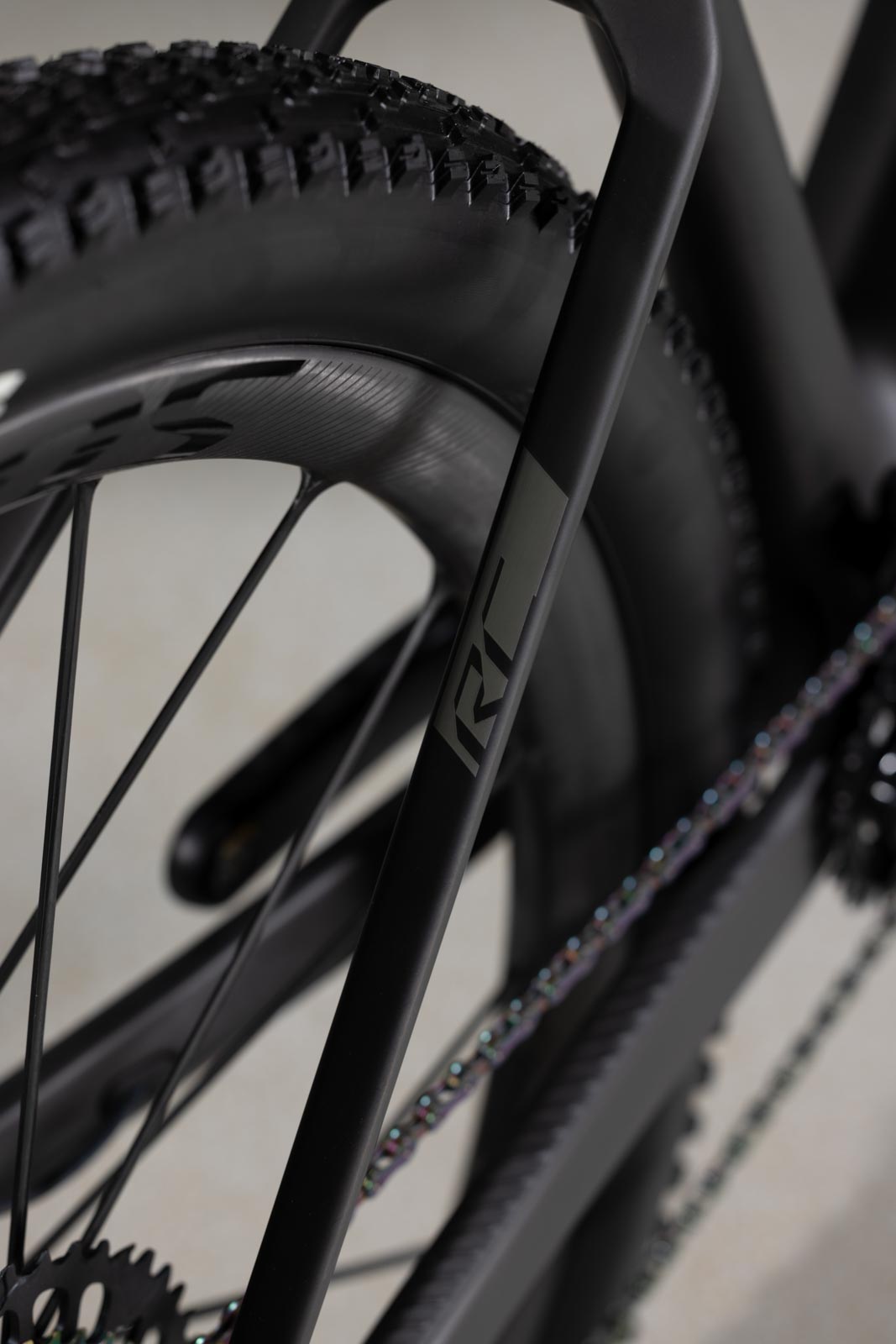 Traction is the critical point on any front, especially uphill. Along the route in the video, which I usually do with a full xc bike, I’m slower especially for the bumpy uphill stretches, where I find myself forced to get out of the saddle and try to keep the rear wheel glued to the ground, looking for grip.

The grip on wet rocks is almost non-existent … The Rekon Races are not at ease on this type of surface due to their low profile and closely spaced knobs that quickly fill up with dirt and mud without being able to shed quickly. 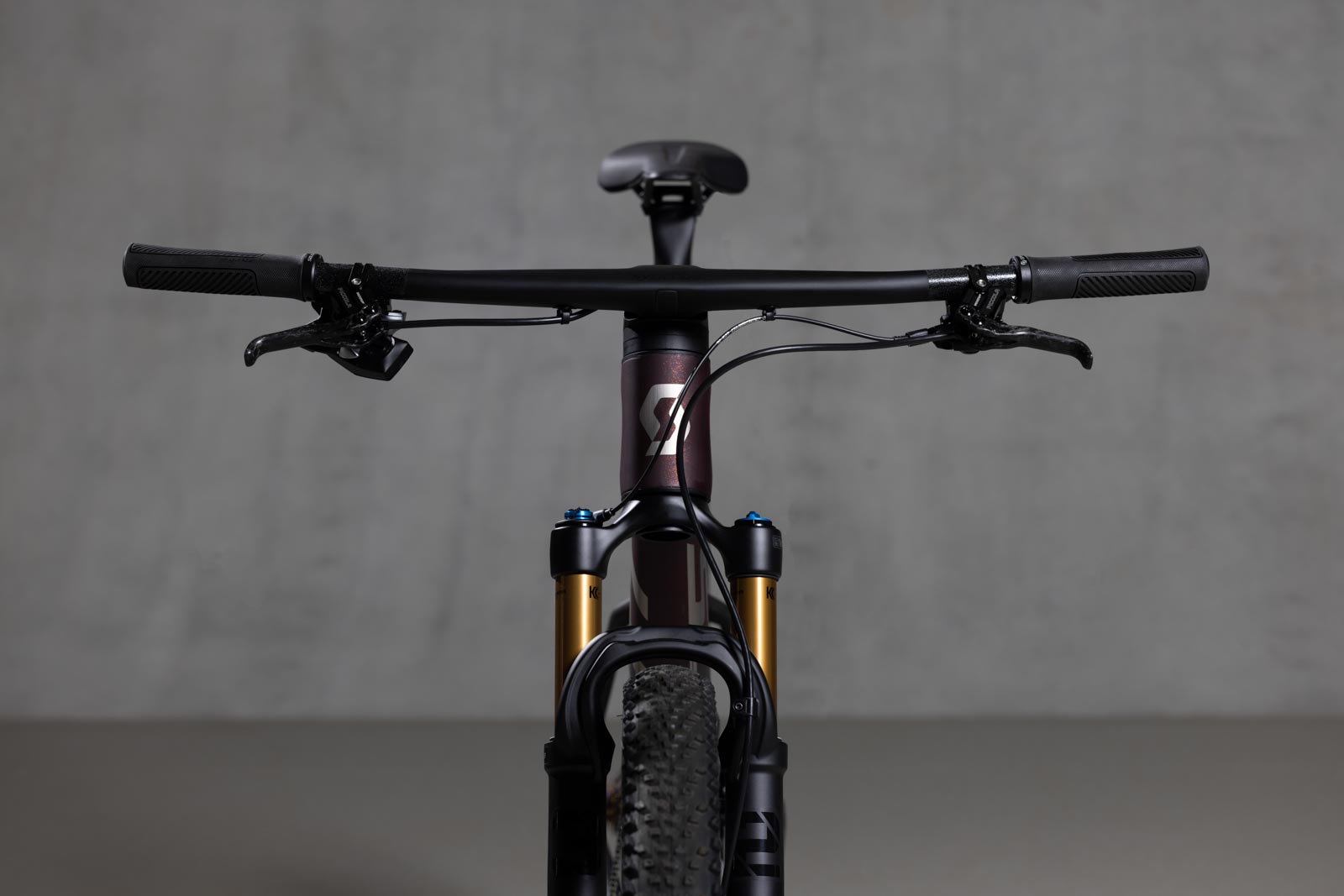 It was mainly on the downhills that the new Scott Scale surprised me the most – which is exactly where I least expected it due to the high saddle and the lack of rear suspension. First, the Trickstuff Piccola brakes have power to spare, even if they proved to be very noisy under braking. As you can see from the photo above, they lend themselves very well to an almost completely hidden passage of the hoses, given that the passage of the tube is very close to the handlebar when it comes out of the master cylinder and passes into the headset.

This solution makes every mechanic, professional or do-it-yourselfer’s hair stand on end, in case they want to lower the handlebar or do maintenance on the headset, but which now seems to have become a growing trend among bike manufacturers. It is certainly easier to pass the cables through the frame, partially because the Scale has a flap under the bottom bracket to facilitate the operation. 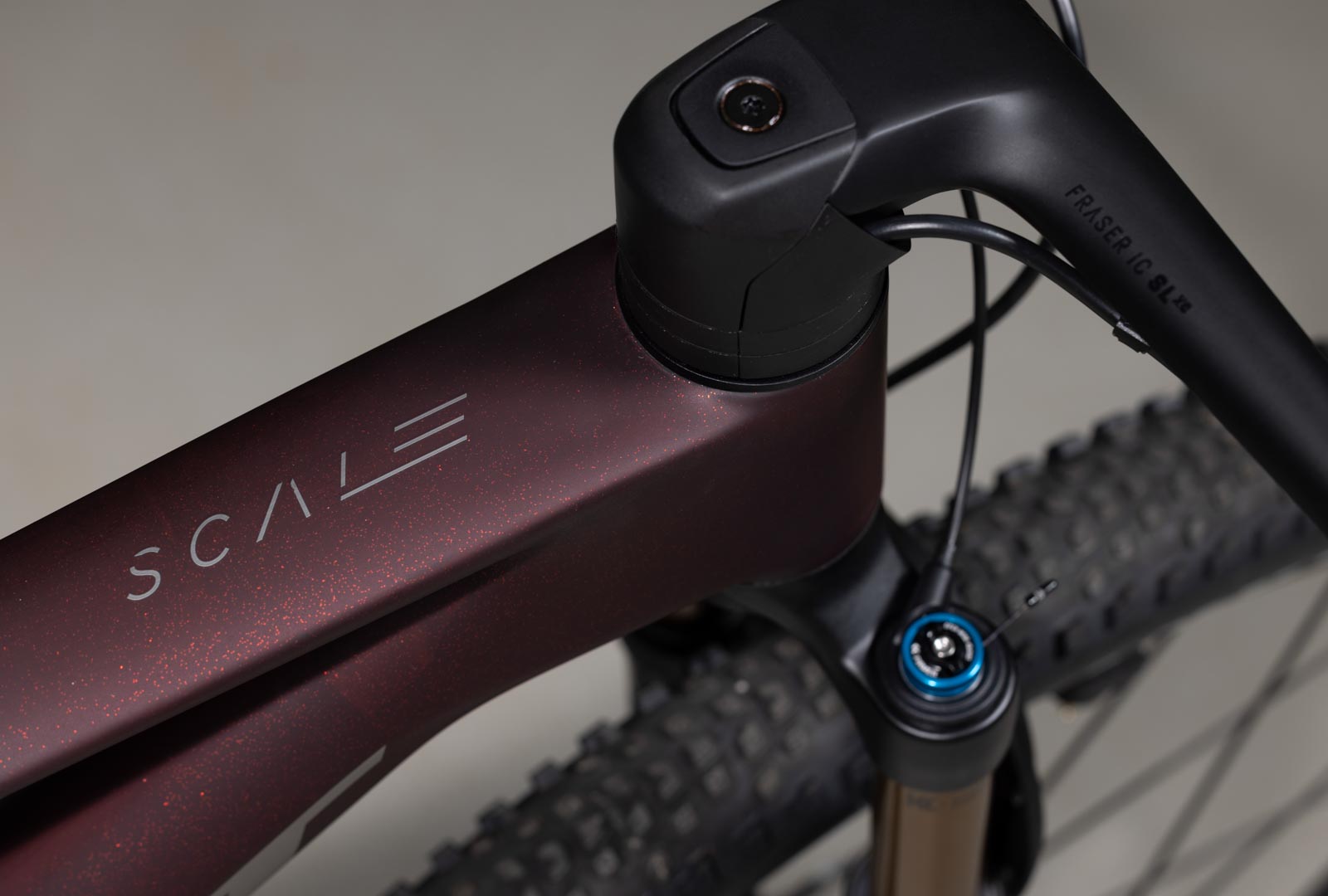 Returning to the descending, Scott has managed to create a rigid but at the same time relatively comfortable frame, in the sense that it absorbs small vibrations well, as I was able to see during a gravel ride of over 100km from Jesolo to Treviso and back . In fact, it is no coincidence that Scott has also developed a rigid fork for this Scale, designed specifically for gravel.

The most interesting thing, however is that it was the geometry that makes this Scale a fun bike despite having only 100mm of front travel. I enjoyed burying it in through corners, pumping it over obstacles and just throwing it around wherever traction permitted. 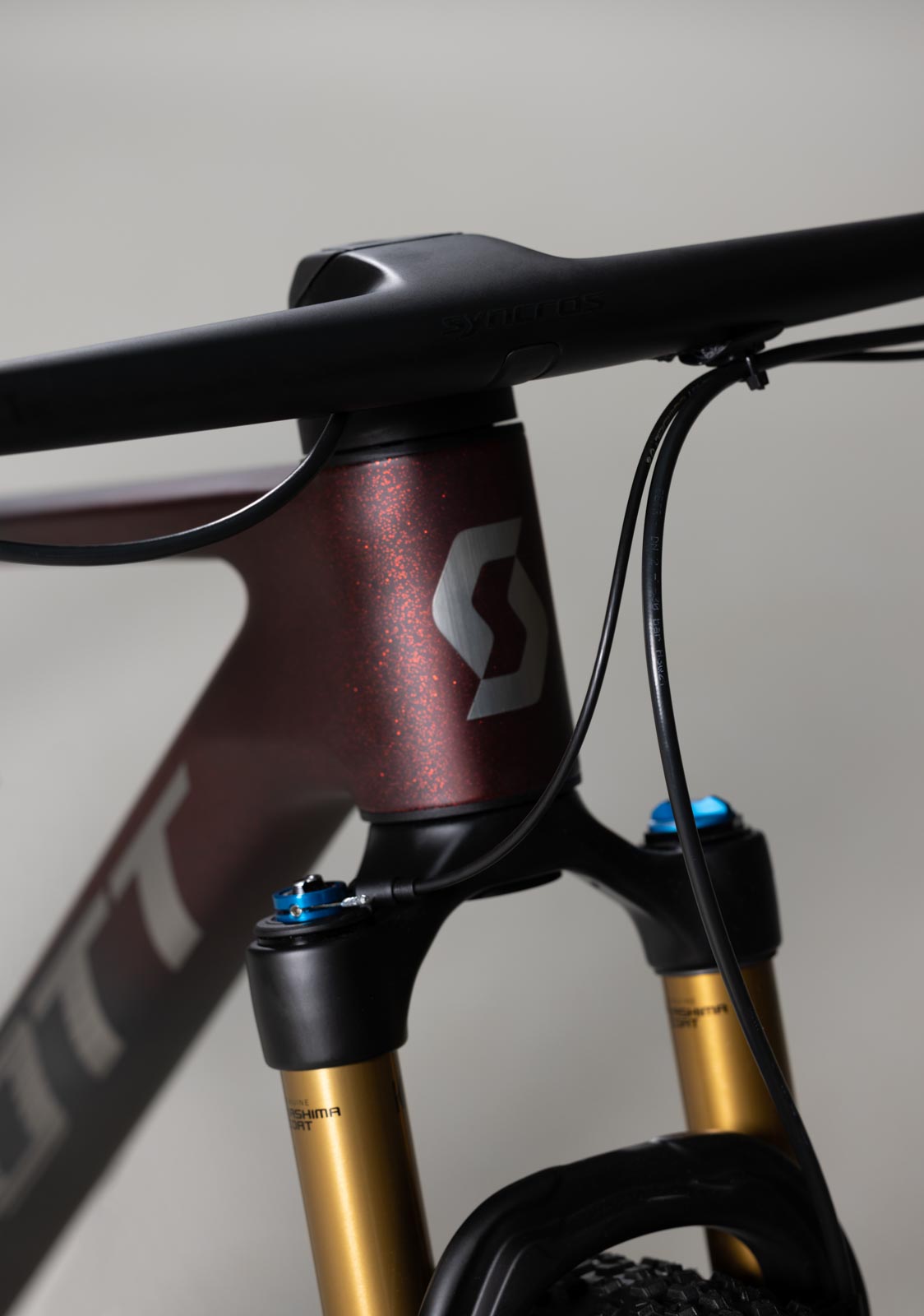 The 8.99Kg also includes a Quarq powermeter with a 32-tooth chainring and a guide block mounted directly to the frame. The top of the line could not go without the SRAM Eagle AXS electronic transmission, which we praised in various tests . Returning to the frame, the idea of ​​saving weight on the attachment hardware of the second bottle cage is very smart. If needed, the rubber covers are removed and the metal insert necessary to mount it is attached. 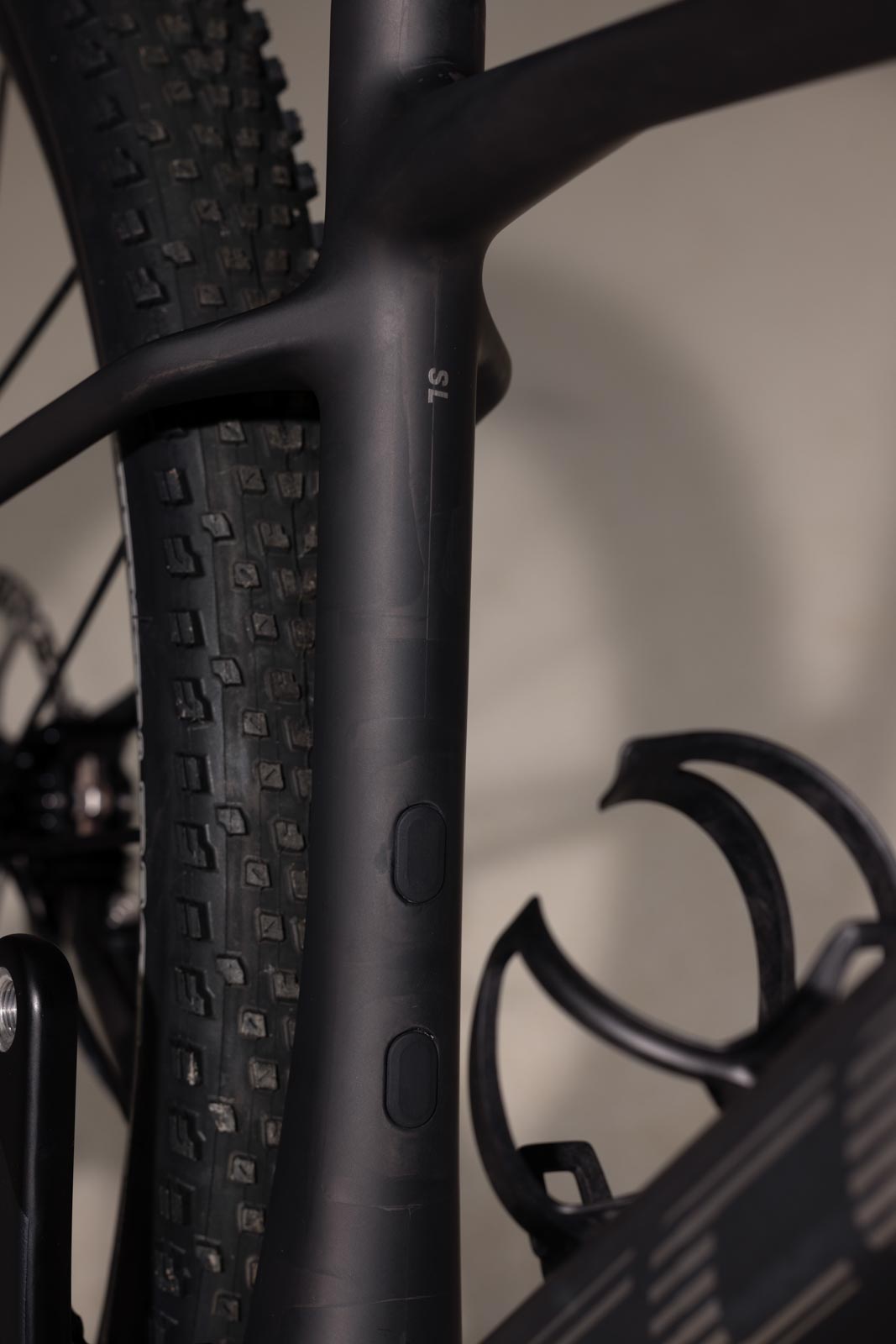 So who is the new Scott Scale for? Definitely for granfondo riders who prefer smooth tracks. However, if you mount a dropper seat post, this bike can be a nice surprise in terms of versatility and fun, always bearing in mind that it is a hardtail and therefore will never have the traction and speed on technical climbs of a full suspension bike.