Two months after the first event of the 2022 season in Lourdes, today the UCI DH World Cup is back in the heat of the competition with the qualifying round in Fort William. After a forced break due to the covid, the historic Scottish town returns to host the longest running world cup race on a track that has been partially revised but remains faithful to the characteristics that have made it famous. 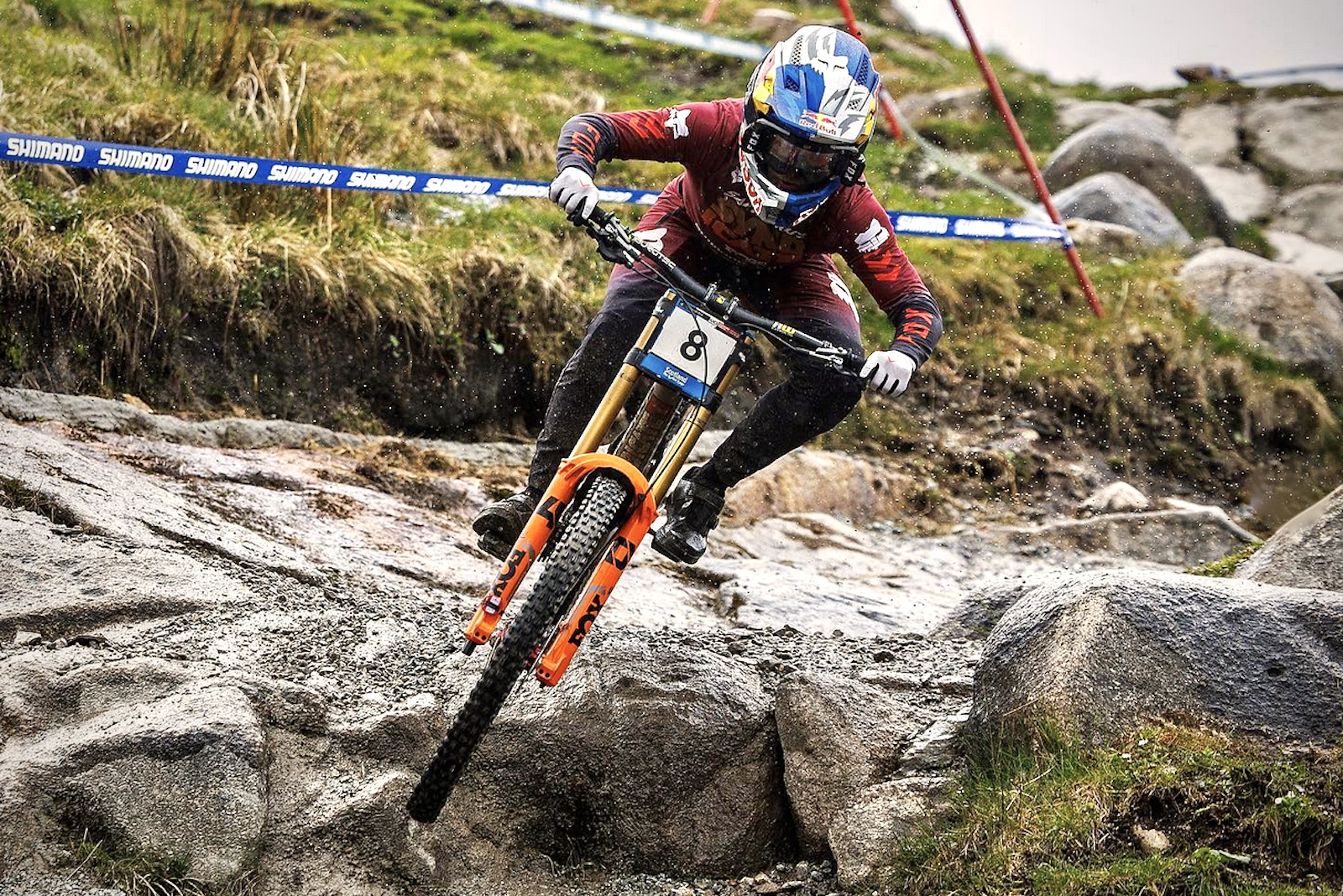 British racer Laurie Greenland benefited from the home turf with an excellent performance that earned him the fastest time in the qualifier, with a time of more than two seconds less than the other athletes who follow him at the top of the standings. The first of the pursuers is Charlie Hatton, while the reigning world champion Greg Minnaar takes the third position. Current circuit leader Amaury Pierron closed out in fourth position followed by Bernard Kerr, who has not been seen for some time on the podium. The fastest American was Luca Shaw in 9th place. 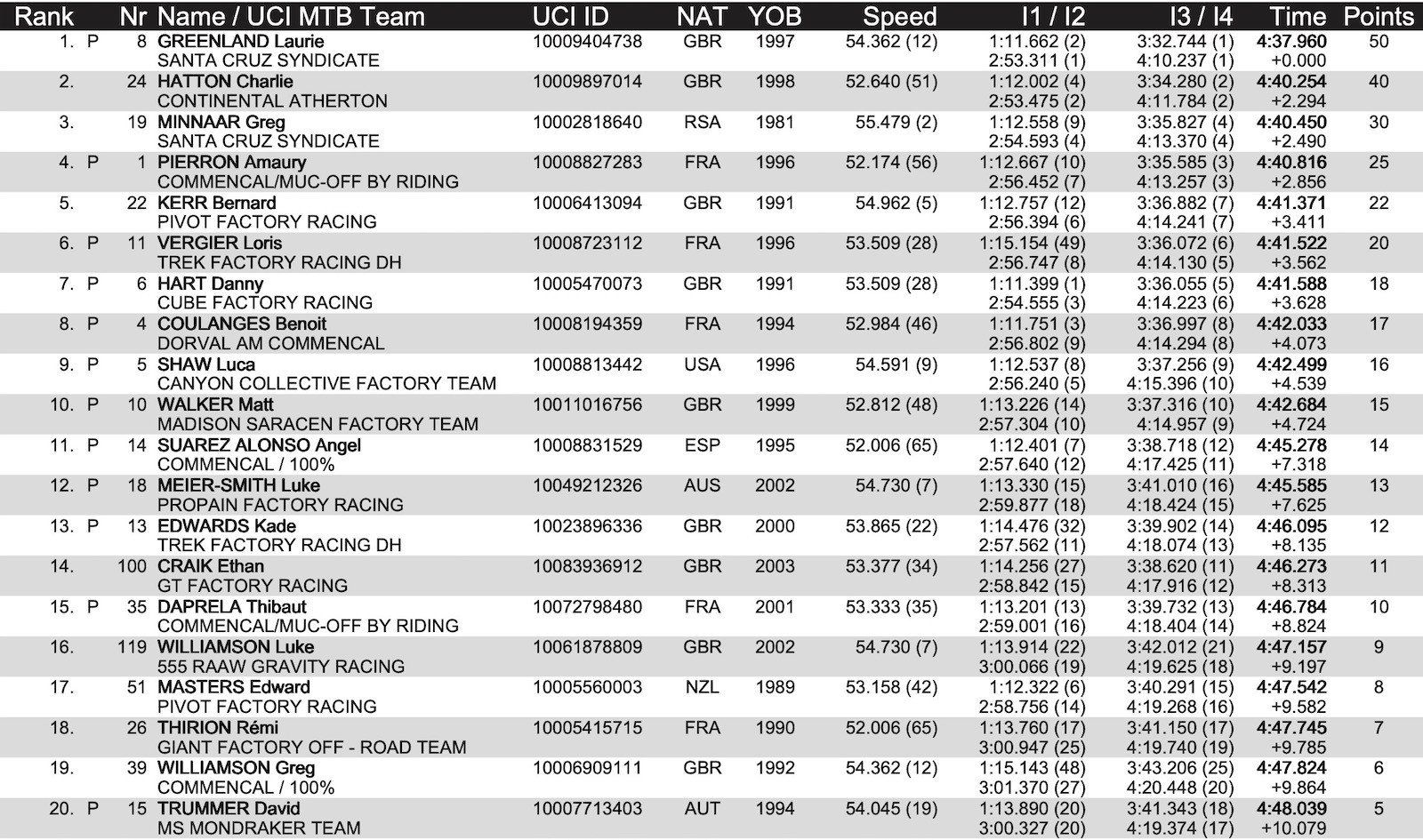 Camille Balanche was fastest in the women’s field and leads Valentina Höll by 1 second and 8 tenths. Third place for Myriam Nicole who precedes Marine Cabirou. Fifth place for Eleonora Farina, while the fastest American was Anna Newkirk in 14th place. Tahnée Seagrave, recovering from covid and a concussion following a crash, won’t start at Fort William and Rachel Atherton also did not show up at the starting gate in what should have been her return to competitions after the maternity break 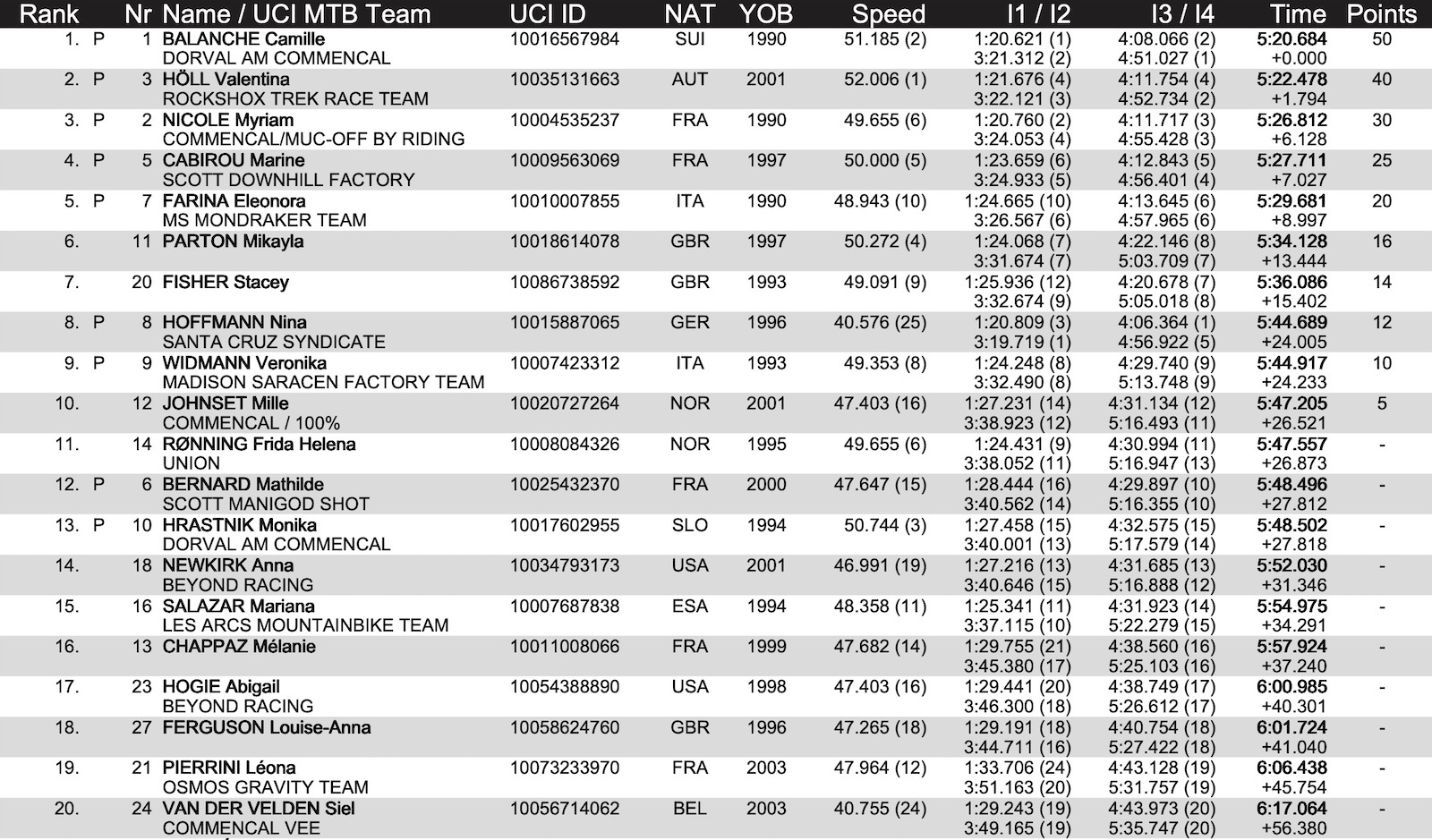 Tomorrow the final heat will take place, broadcast on Redbull TV at 1.25 pm for women and at 2.45 pm for men.

Loïc Bruni out of Fort William with Broken Collarbone