After the break due to the anti-covid restrictions of the past years, the historic location of Fort William returns to host the UCI DH World Cup for the second round of the season and as always, the Scottish location does not disappoint DH fans. The track, slightly modified compared to the previous editions, however, remains the longest of the circuit and, with the typically Scottish climate and the light rain that fell intermittently during the weekend, it proved to be extremely demanding for the physical endurance of the athletes.

And it was precisely his incredible physical shape, in addition of course to his exceptional talent as a rider, that allowed Amaury Pierron to pedal and attack the track from start to finish despite the less than ideal conditions of the terrain. Another epic race for the young Frenchman which makes him take off in the overall race of the circuit, which he is leading. 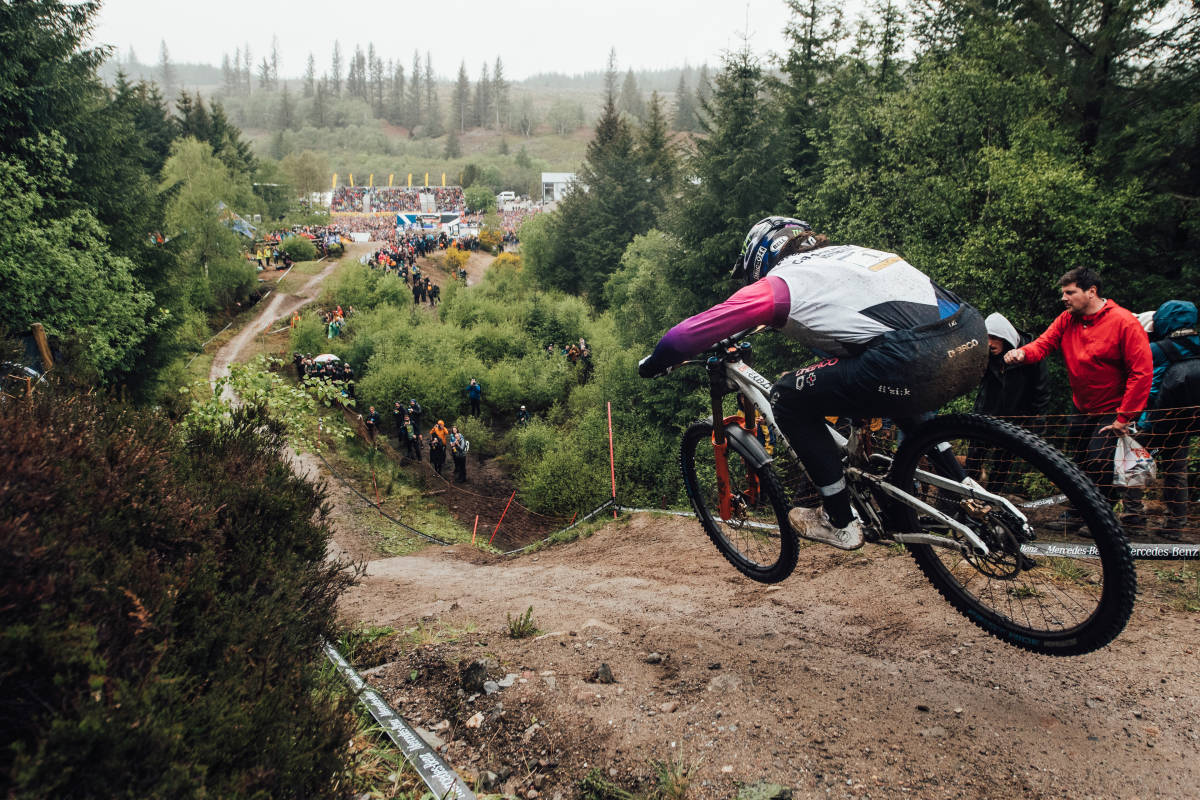 The second step of the podium was conquered by teammate Thibaut Daprela, who proved to be of the same stuff as Pierron and to come from the same school, laying down a run very similar to his compatriot, surgical and effective. To Daprela goes the merit of having set the lowest time in two splits. 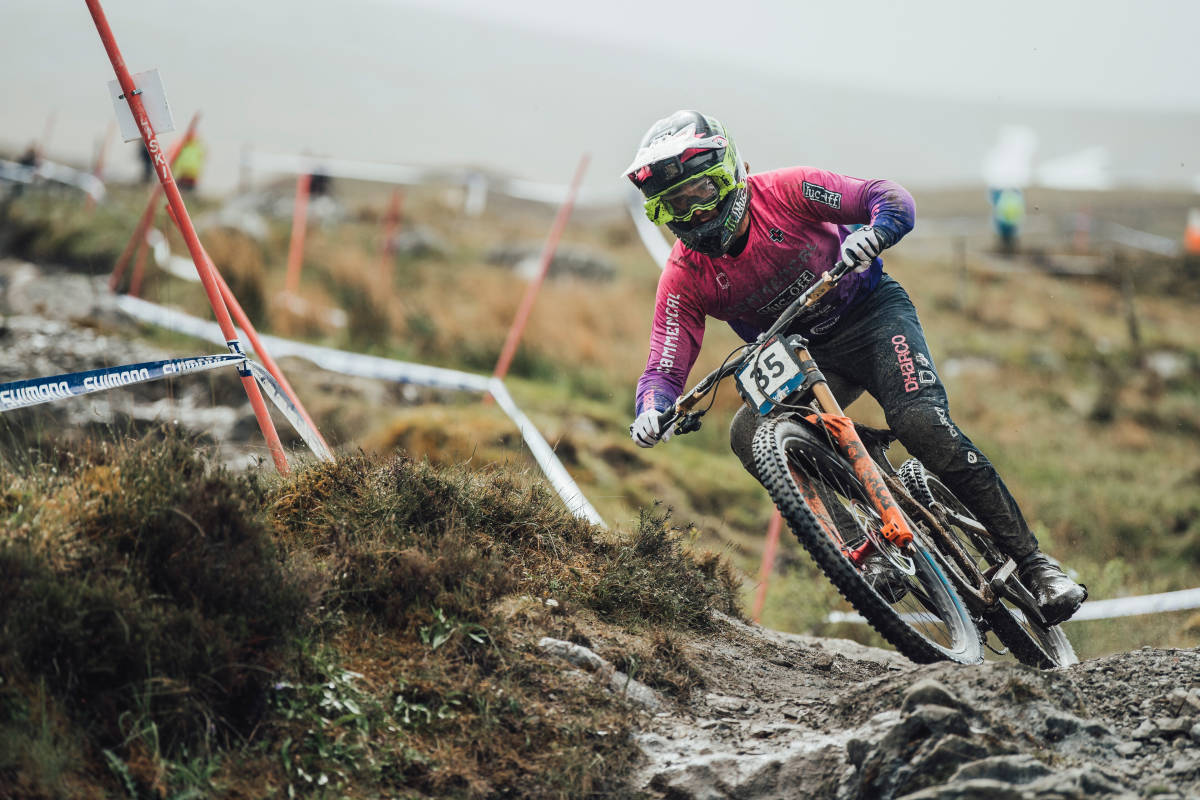 Laurie Greenland crossed the starting gate with every intention of winning and replicating yesterday’s first place in qualifying . He came close in the third split where he was ahead of Pierron, but the motorway, the tough final part of the track to be pedaled, didn’t allow him to keep the lead and the talented Brit had to settle for a brilliant third place. Thanks to the points he has earned, he retains the second position in the overall today. 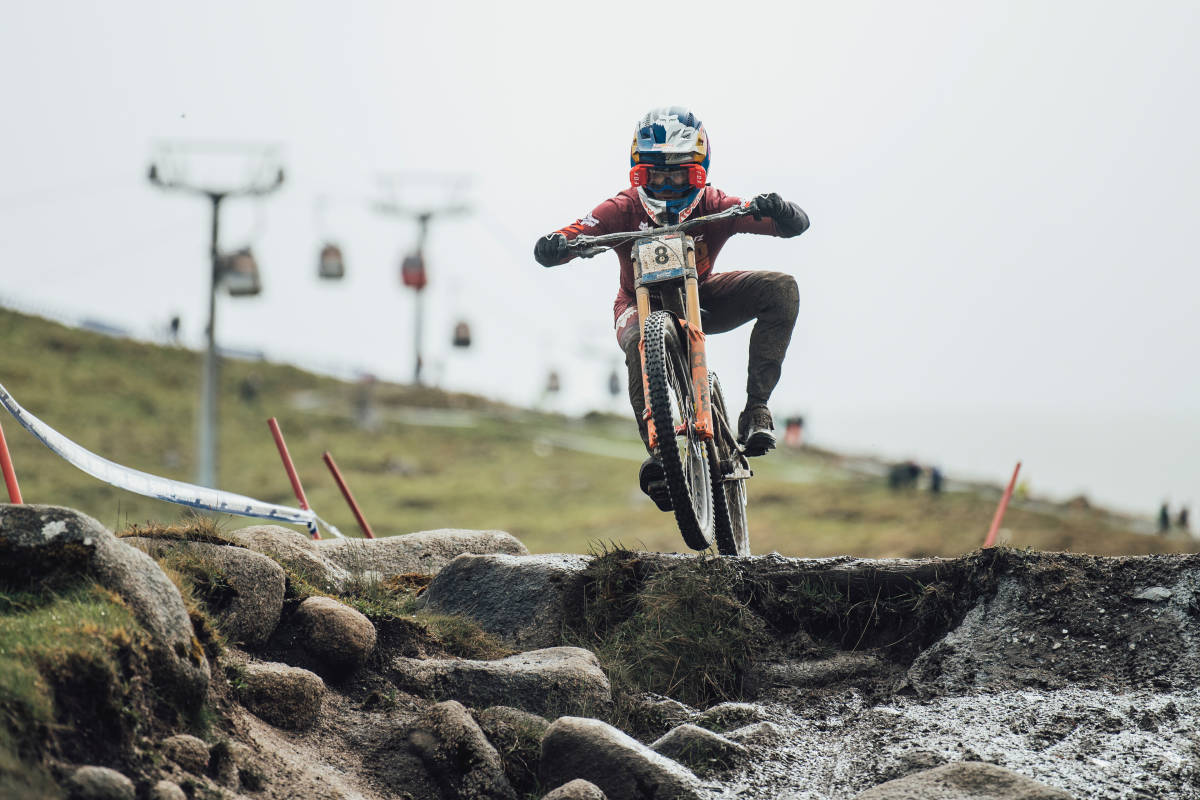 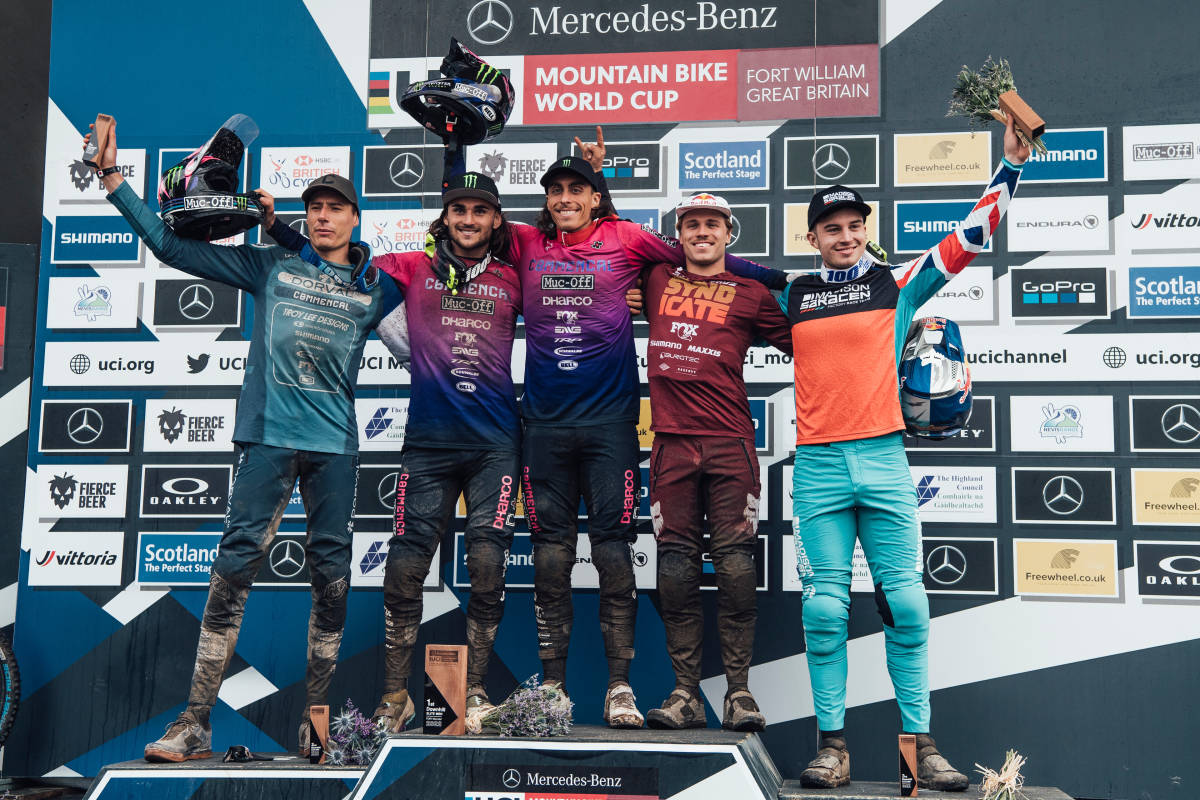 Sadly, not a single American cracked the top 20… 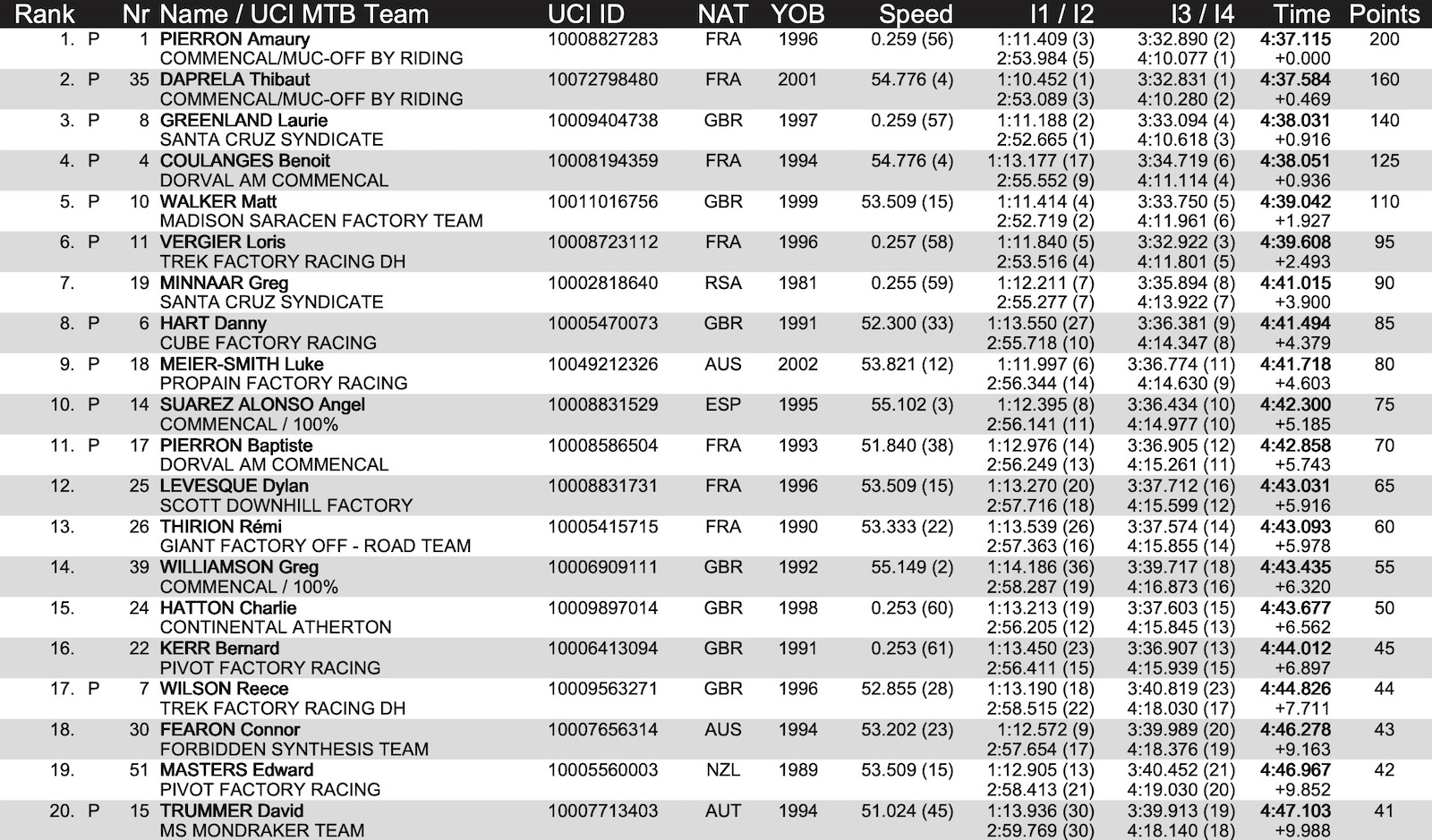 Nina Hoffmann is the winner of the women’s race where she scored the first World Cup victory of her career. Nina attacked the long and difficult Scottish track – less wet than it was during the men’s race – without hesitation and without errors, deserving 100% to stand on the top step of the podium with a clear advantage over her fellow racers. 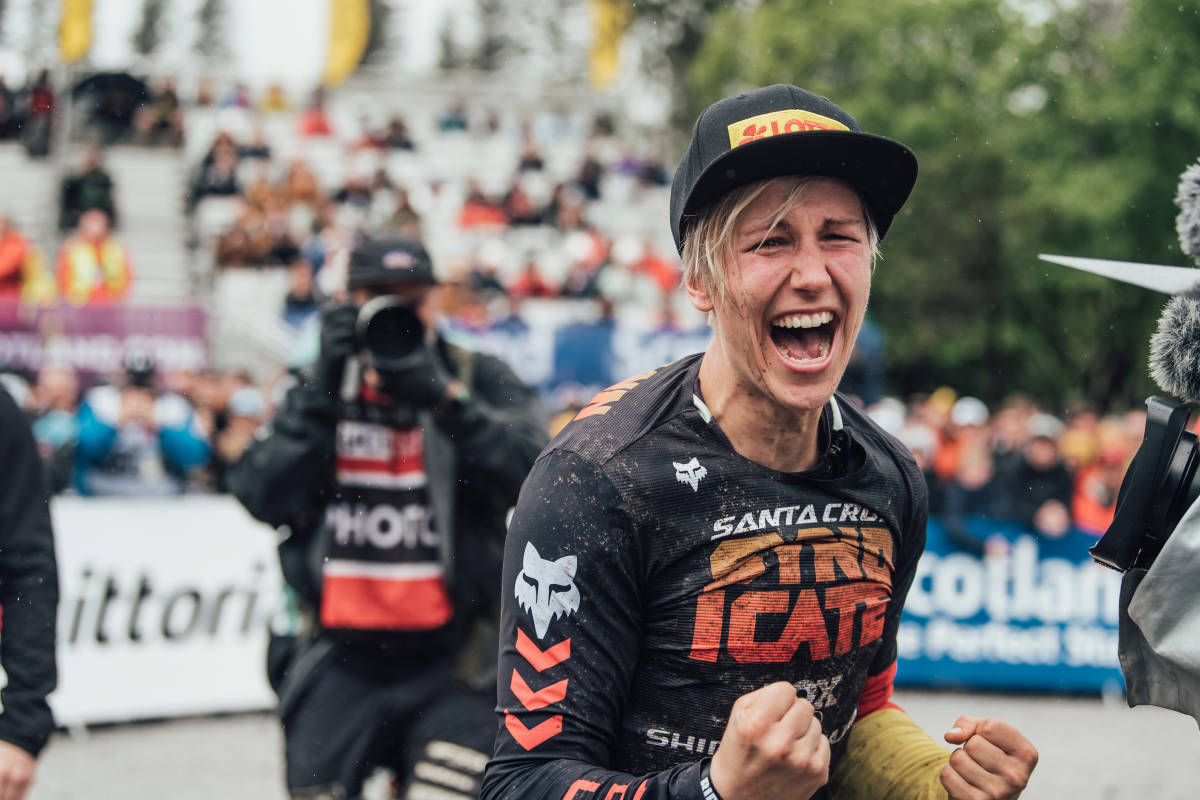 Camille Balanche made use of her ability to manage the difficult conditions of the track with consistency and precision. She tamed the Fort William course by earning the second step of the podium and confirmed herself as the leader of the points race thanks to her victory of at round #1 in Lourdes. 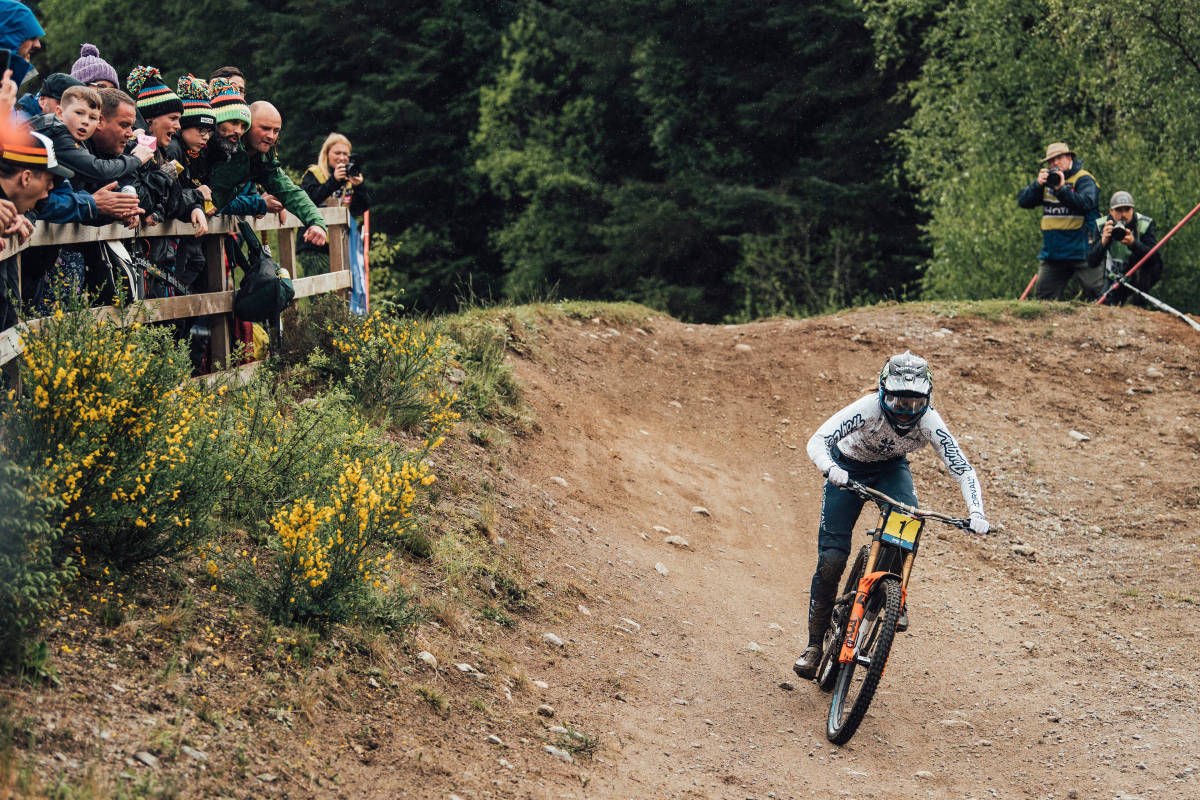 Third position for Myriam Nicole who at some point was penalized by some hesitations and by a slightly cautions approach. The reigning world champion keeps second place overall. 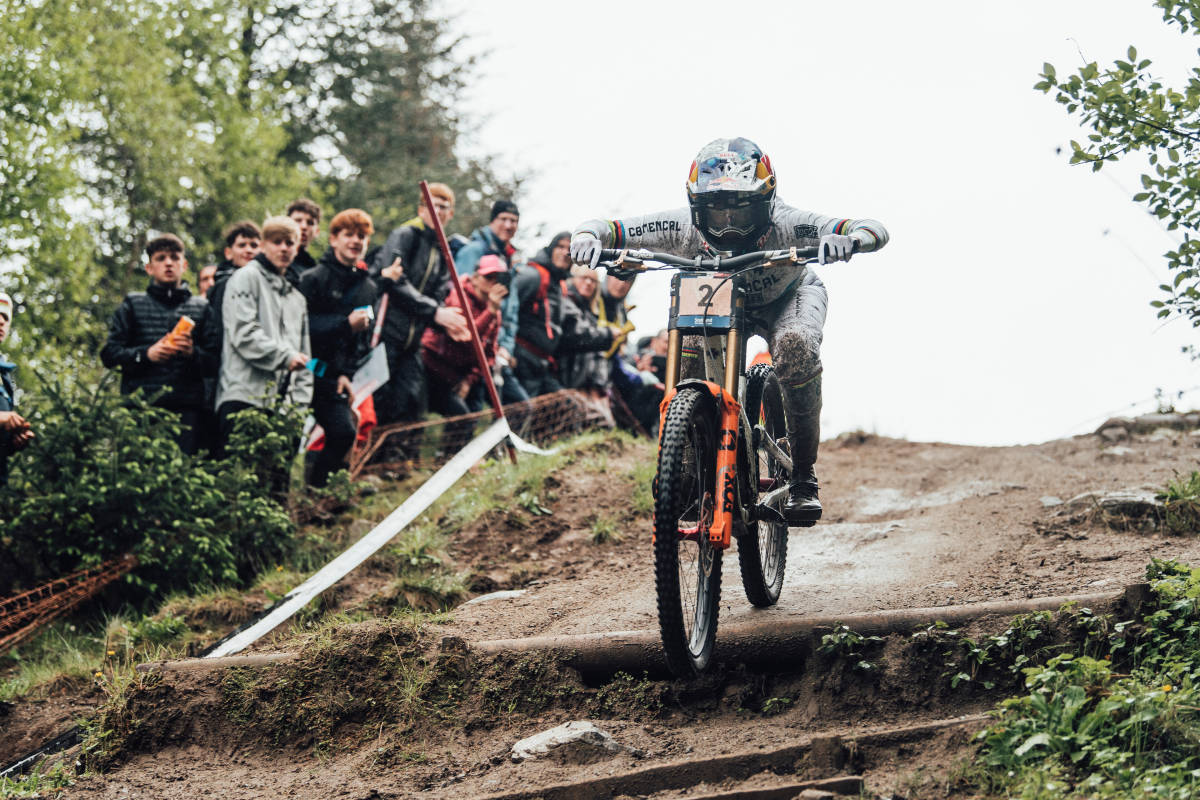 Now a permanent presence on the podium, Eleonora Farina laid down an excellent run that earned her fourth position, held back only by a slight bobble in the first section from which she largely recovered in the central part of the track but which denied her a well-deserved third place. 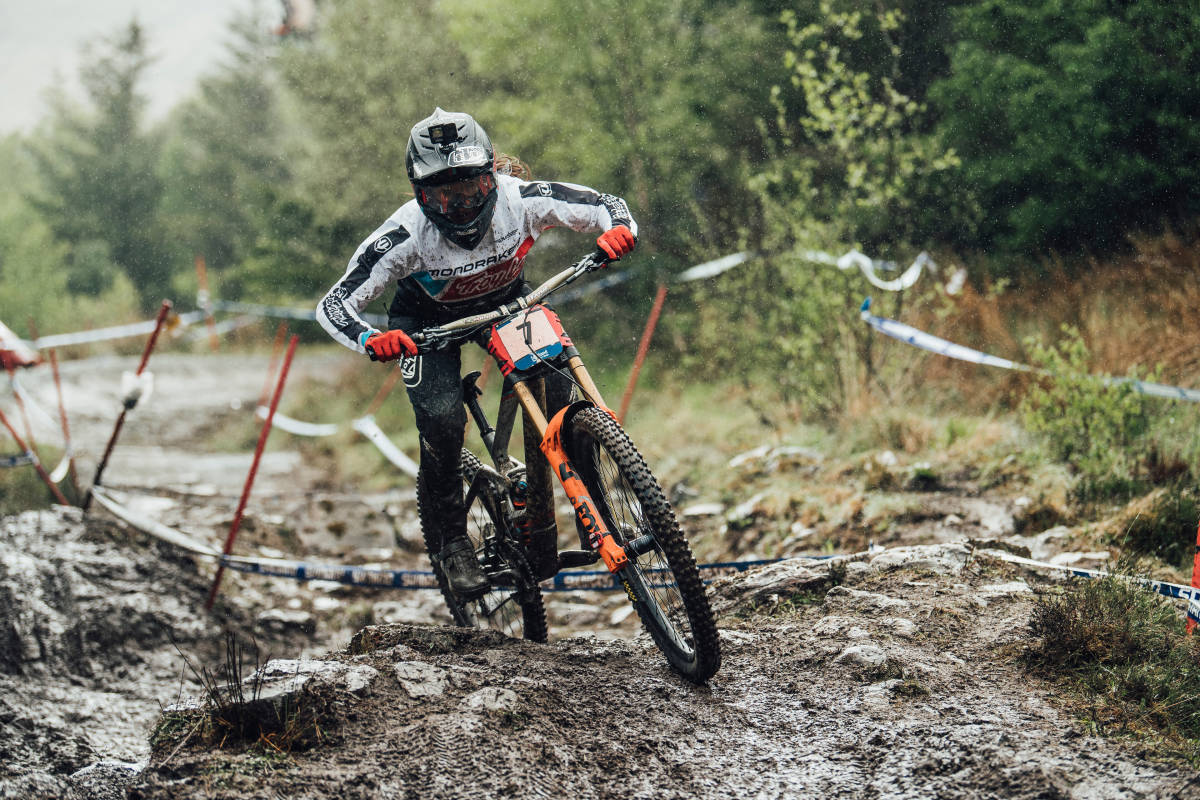 Fifth place goes to Valentina Höll who made a couple of mistakes in the upper part, one of which was a small crash. 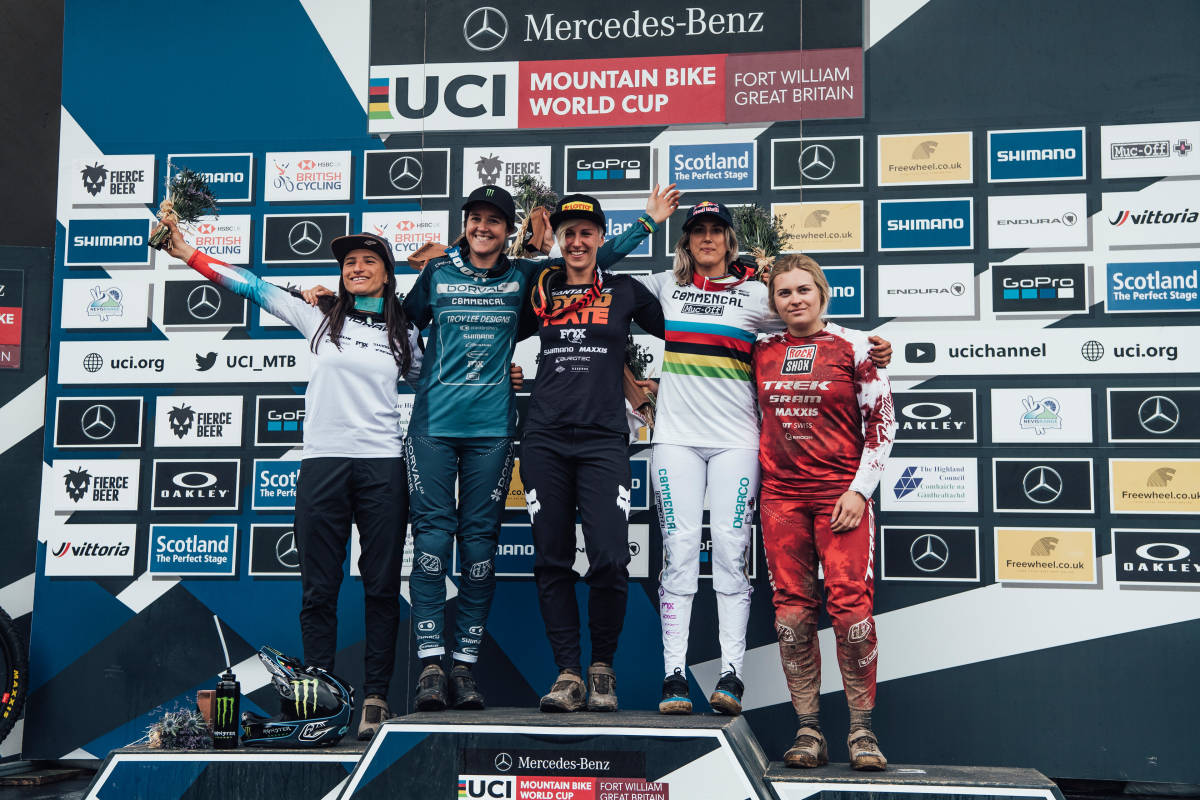 Anna Newkirk was the fastest American racer in 12th place.

The competitions in the junior field are also increasingly competitive, where the level constantly gets higher. Jordan Williams took first place, snatching it away from world champion Jackson Goldstone by just 38 thousandths. Goldstone still remains the overall leader but Williams follows him just 5 points behind. Gracey Hemstreet repeats her victory in Lourdes with a 3-second advantage over Phoebe Gale and leads the overall standings by a decent margin.

The DH circuit will return to compete and show off in the third round of the UCI DH World Cup 2022 in the now stanard Austrian location of Leogang, from 10 to 12 June.