Following race # 1 in Snowshoe , the qualifying round for race # 2 has wrapped up – the final of the 2021 UCI DH World Cup season. With close gaps in the top positions of the overall, the race is still open for the victory of the overall circuit that currently sees among the favorites the three Frenchmen Thibaut Daprela, Loris Vergier and Loïc Bruni and, although less likely, the possibility of a comeback for Reece Wilson, winner race #1.

First place in qualifying was Loïc Bruni just in front of team mate Finn Iles. Third position for Troy Brosnan followed by Loris Vergier. Matt Walker sits in fifth place ahead of Luca Shaw who is chasing a big result in front of the home crowd. Reece Wilson is ninth while current overall leader Thibaut Daprela did not finish the run. 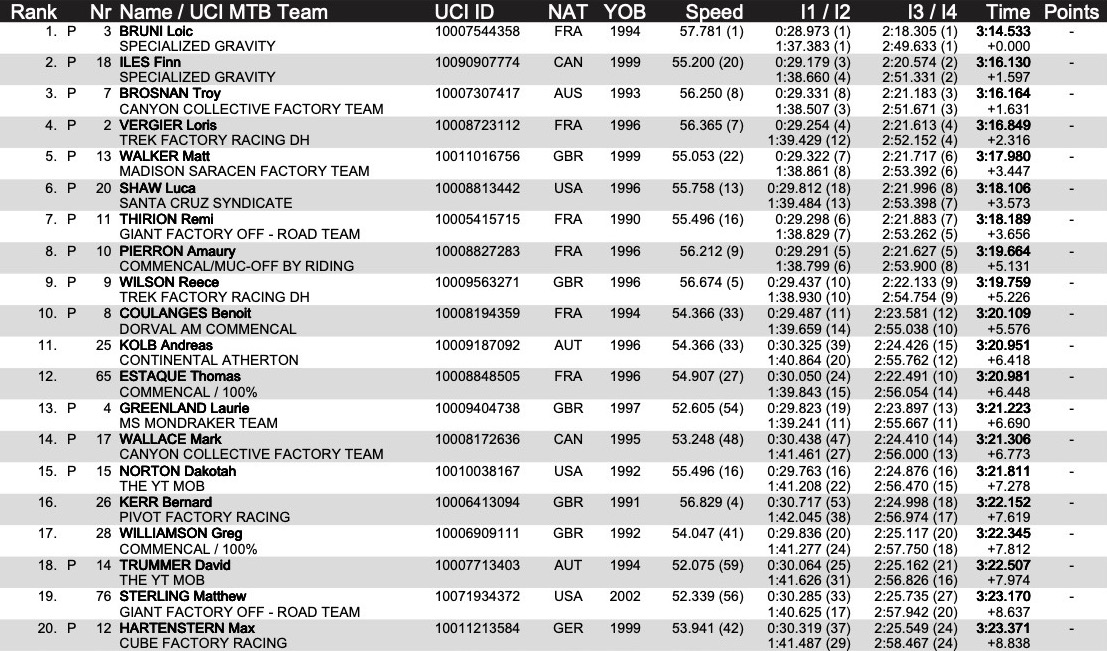 Myriam Nicole redeems herself from a crash in the final of race # 1 and ends in first place with a gap of 5 seconds over Marine Cabirou. Third place for Camille Balanche followed by Valentina Höll who was unable to replicate her winning performance of race #1. Eleonora Farina concludes in fifth place.

In the men’s Junior category, Jordan Williams confirmed his stature on the Snowshoe tracks and after winning race #1 he is also in the lead in today’s qualifying round. Second position for Ethan Craik and third position for Oisin O’Callaghan. Circuit leader and world champion Jackson Goldstone finished in 14th place. Siel Van Der Velden is the fastest in the women’s field ahead of Ella Erickson with a 10-second advantage over world champion and circuit leader Izabela Yankova who finished in third place.

Tomorrow the final heat will take place, broadcast on Red Bull TV at 6.30 pm for women and at 7.45 pm for men.