Lošinj, Croatia kicked off the 2018 season of the UCI DH World Cup  nicely by shaking things up with a new course. The track on the Croatian island is the shortest in the history of the World Cup with a 1,390 meter length and just 243 meters in altitude, but there is more to the story. The final stretch is about 20 seconds of “urban” racing through the streets, and dry stone walls surrounded most of the course, which is as rough as said stone walls. In any case, it made the track very dangerous, increasing the tension amongst the athletes. 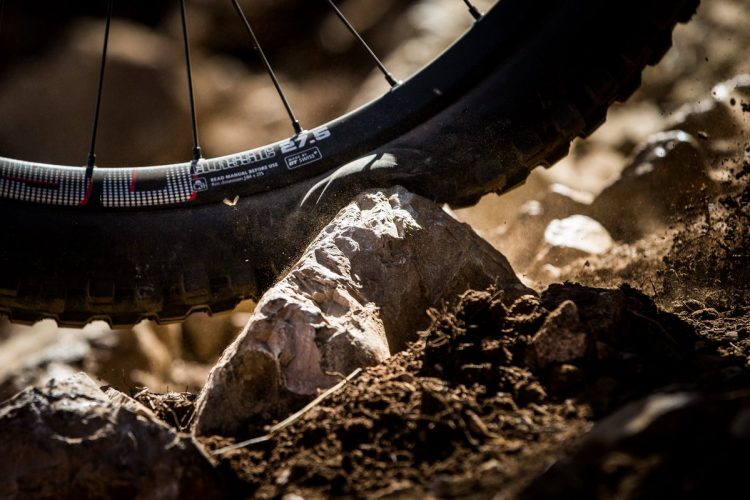 Despite its short length, the track itself proved to be demanding, for the most part extremely bumpy and very tortuous. Thus, the athletes had to fight to the best of their ability to assert themselves in their battle. It just shows how much the level is continuously increasing in Downhill, regardless of the tracks on which the races play out. 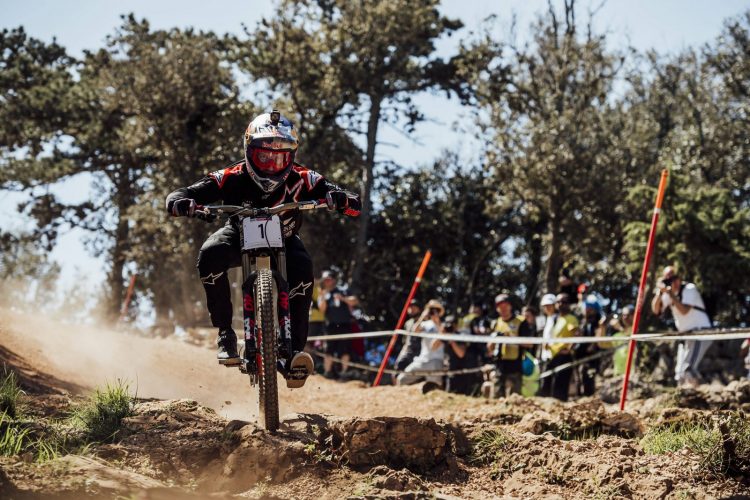 Aaron Gwin, winner of the 2017 overall, resumed his series of victories by placing himself first in this opening round of the 2018 season, the only athlete in the top positions riding a 27.5 “, ahead of 5 opponents armed with 29” bikes . Second position went to another American, Luca Shaw, who was just 8 tenths of second behind. Also a great third place finish for Dean Lucas and a welcome return to the podium for Sam Blenkinsop in fourth position. Go Blenki! 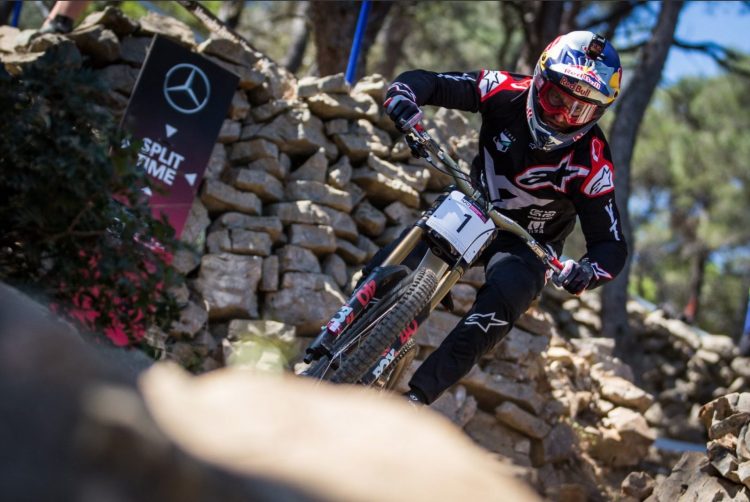 Dakotah Norton celebrated his first peodium with a fifth place finish. Last year he was a privateer and this year, he’s on a full factory ride with Devinci aboard a Wilson 29 “. Brook MacDonald, winner of the qualifying heats, unfortunately had a bad crash and did not finish his run. Bruni had to give up racing due to an elbow injury from Friday’s practice. 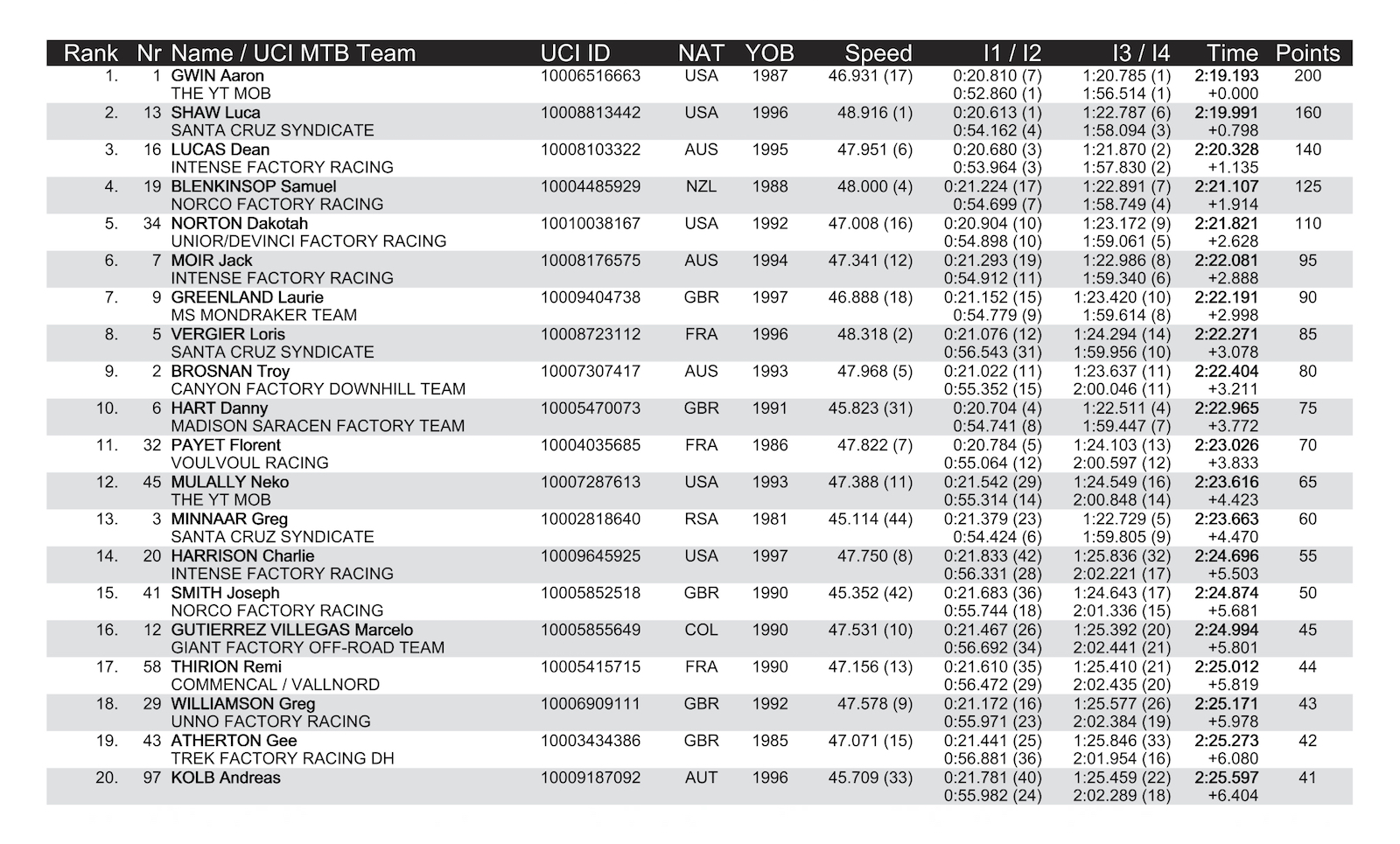 In the women’s field Myriam Nicole, after having won the overall last season thanks to consistency in her results, scored her first victory of the 2018 World Cup season here in Lošinj, keeping a very fast pace even in the most technical sections. She managed to keep Rachel Atherton at bay, who closed out in second position over 3.5 seconds behind. 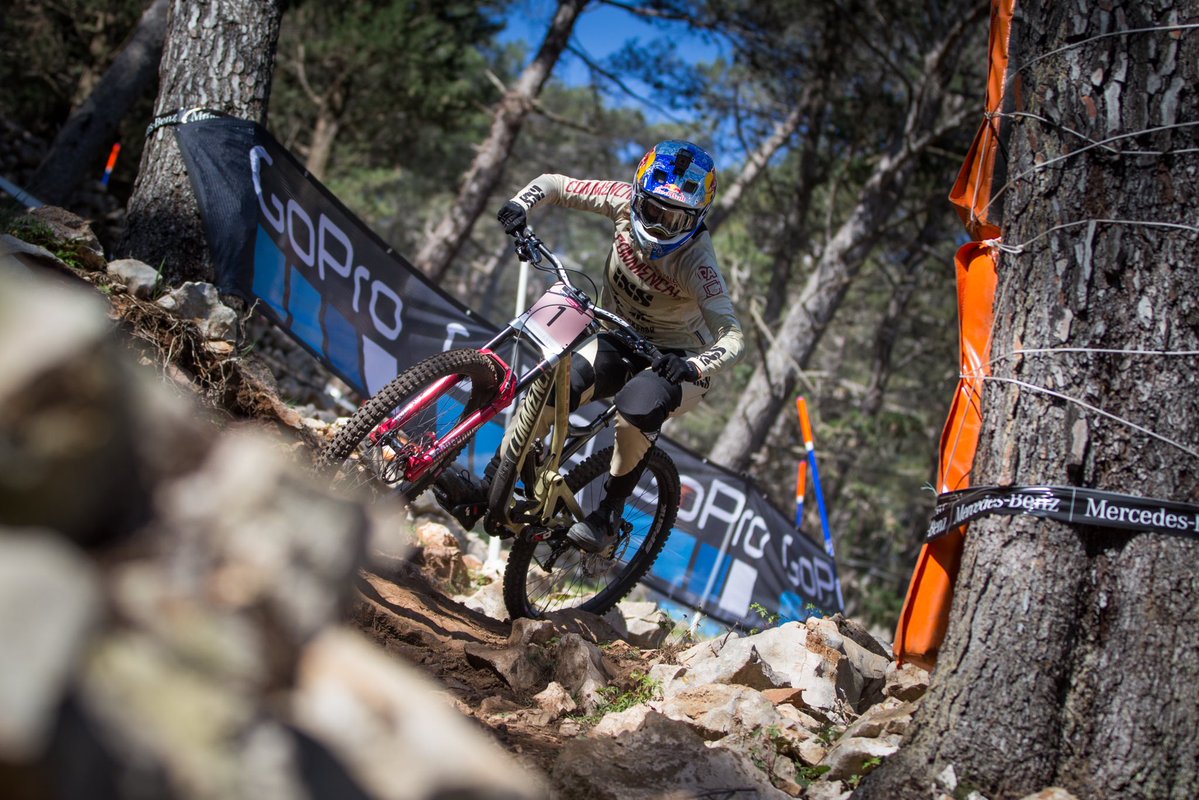 Third place went to Tahnée Seagrave, only 2 tenths of a second behind the Rachel. Tracey Hannah gave up the podium due to a crash, but got to the bottom safely. 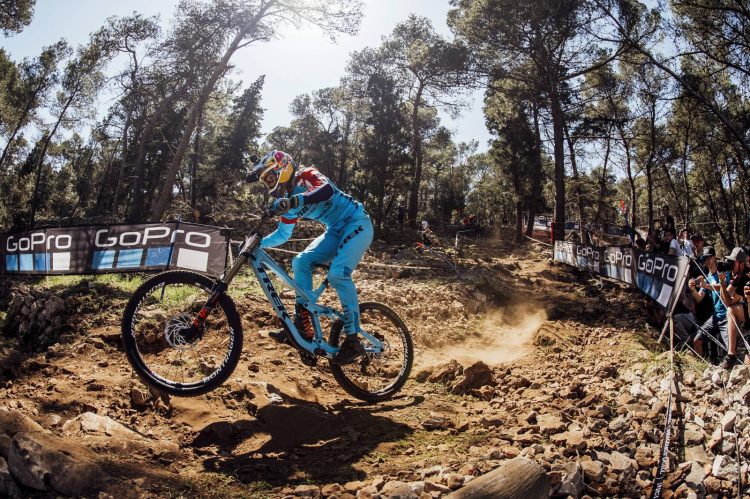 The Junior category dominated by Thibaut Daprela, followed by Kade Edwards and Kye A’Herne in the men’s, while in the women the winner is Valentina Holl – a newly signed SRAM/RockShox supported athlete.