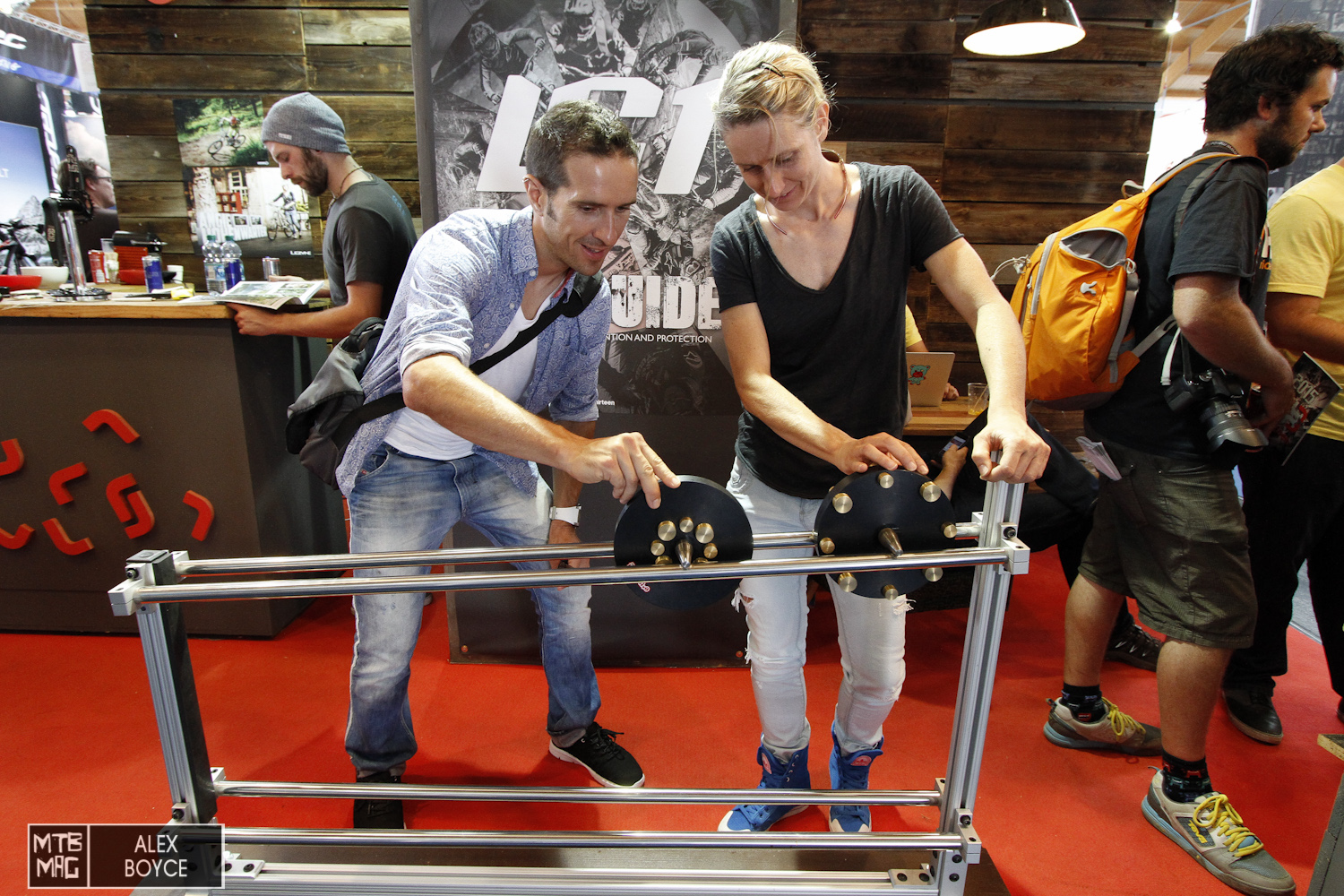 Eurobike is an amazing collection of everything strange and good that is bike. Here we have a few pictures of UN-catergorised stuff from the show. 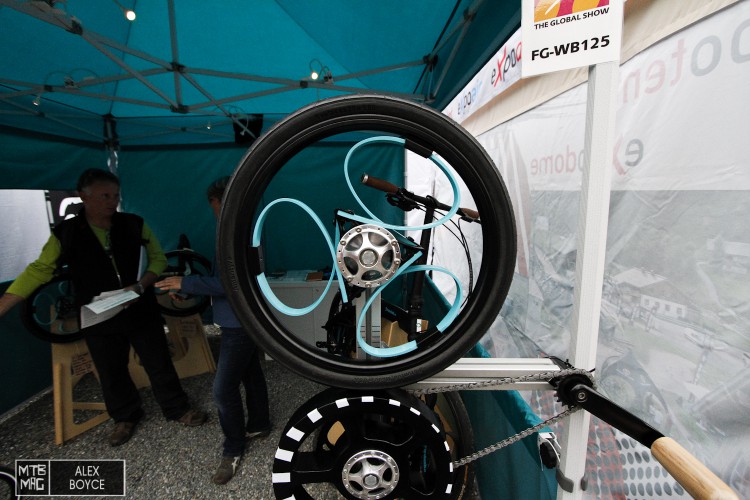 Suspension wheels, we weren’t sure if this was a good idea… 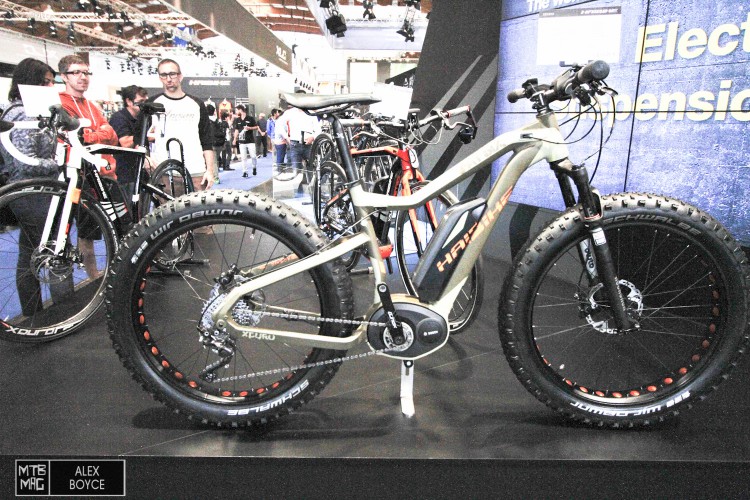 We took a picture of this Fat E-bike and posted it on our Facebook stream, 500 shares and 8000 views later, it seems that it might be a trend. 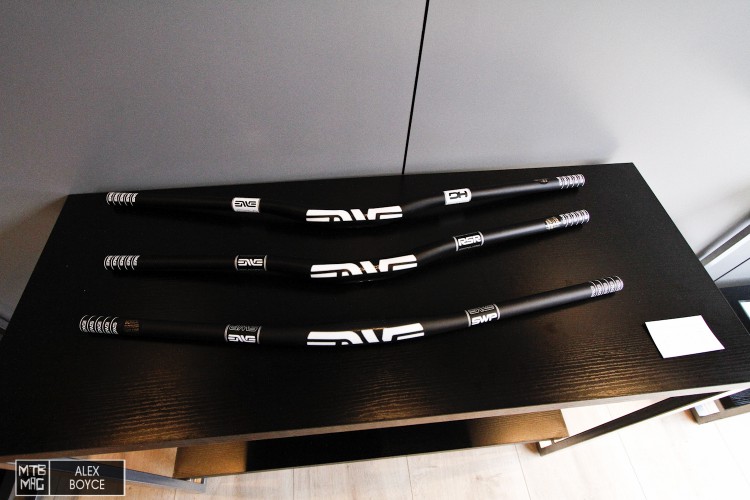 Something serious, some really nice ENVE bars in differnet combinations of sweep and rise. 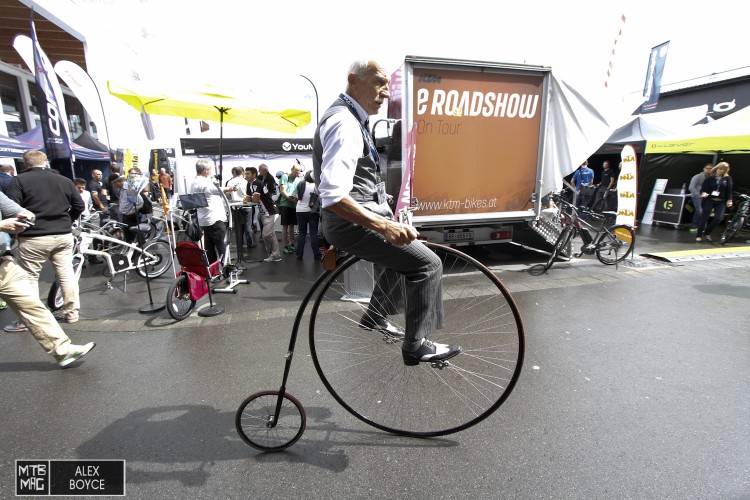 Cecile Ravenel was trying to decide if 26″ wheels are better or not at this simple demonstration at E13’s booth. Basically it appear for acceleration and change of direction smaller wheels are better. 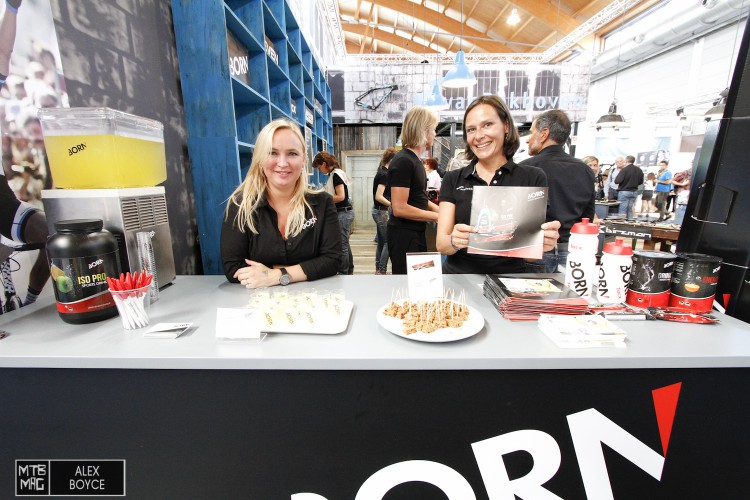 There are so many companies showing their latest energy bars it’s possible to walk around the whole show for days and buy no food, just eat a bit of energy bar every now and then to “test” them. 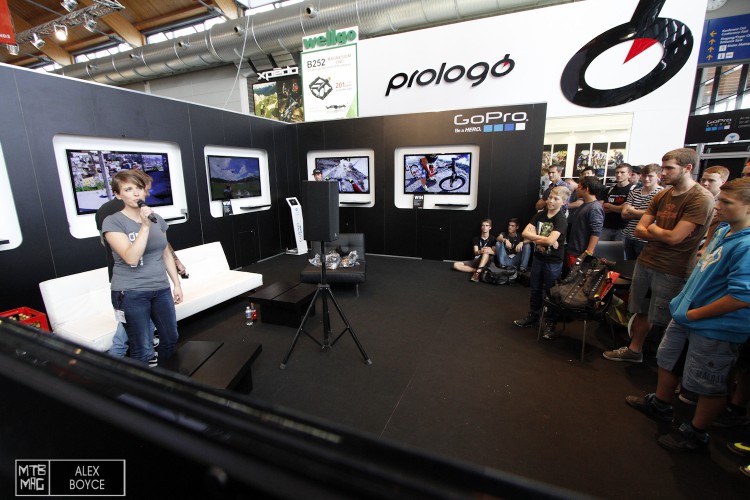 The calm before the storm at the Go Pro booth, just before they started to give free cameras away. Transition sent their industrial designer along to test the beer and get some inspiration, note Andrea Bruno in the back ground, yes Italians are more serious than Americans? 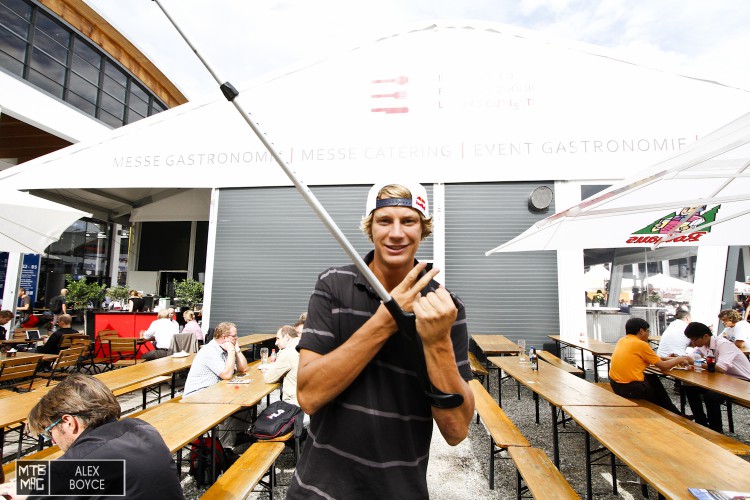 Martin Soderstrom was present with an injured ankle, and crutch. Keeping it real with the normal people after his mega performance at Crankworx. 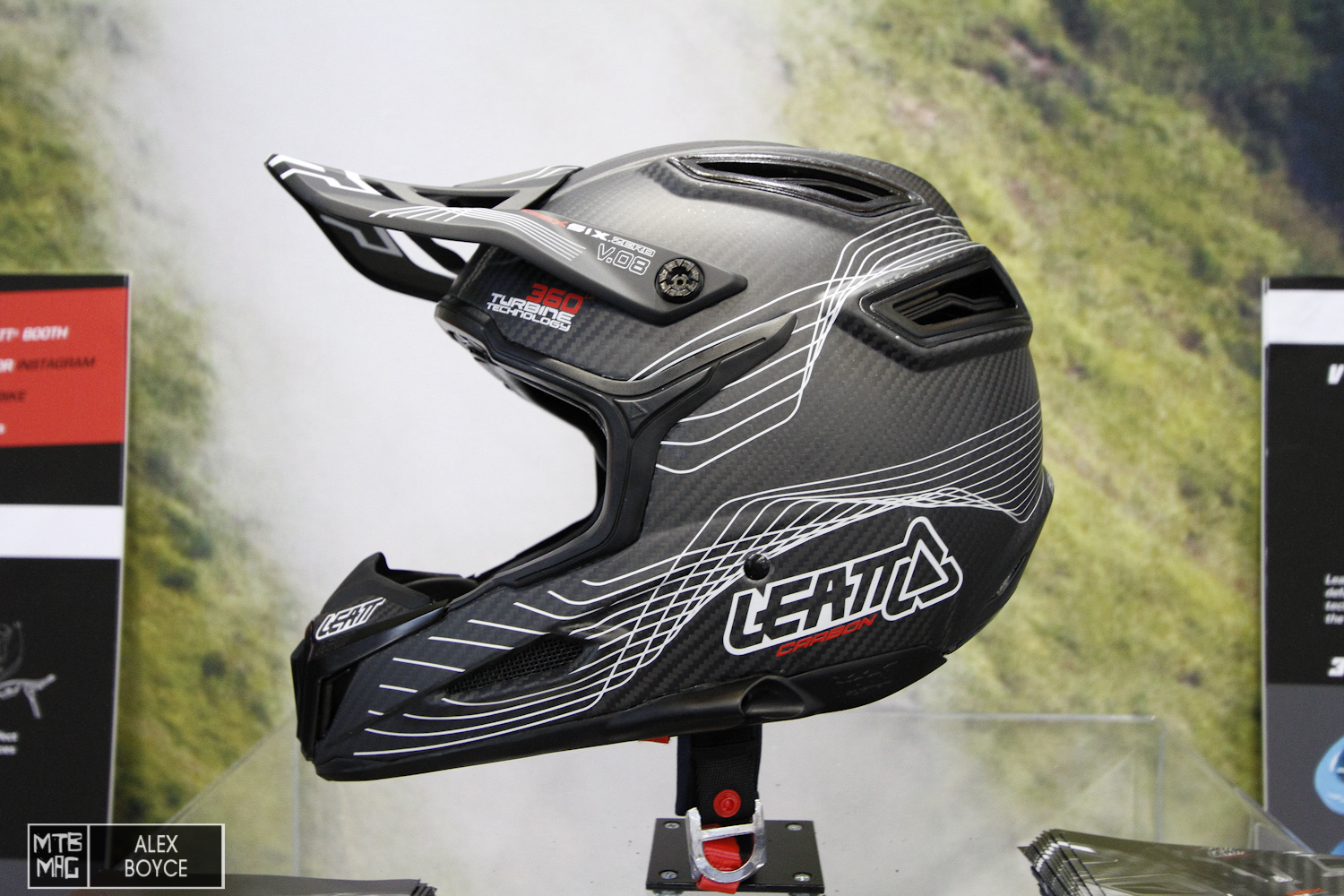 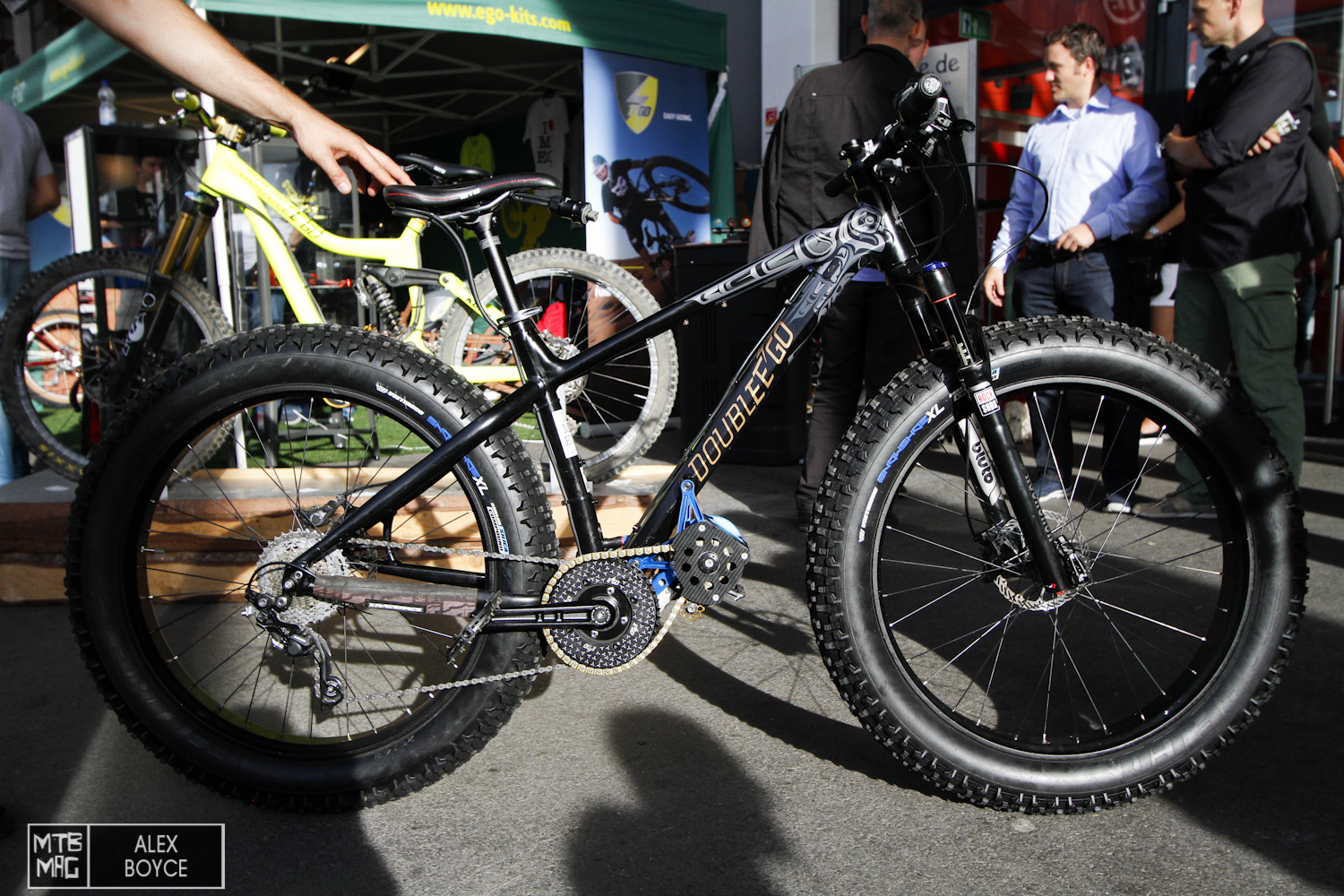 [First Look] The Ultimate Fat Bike with an Ego Kit