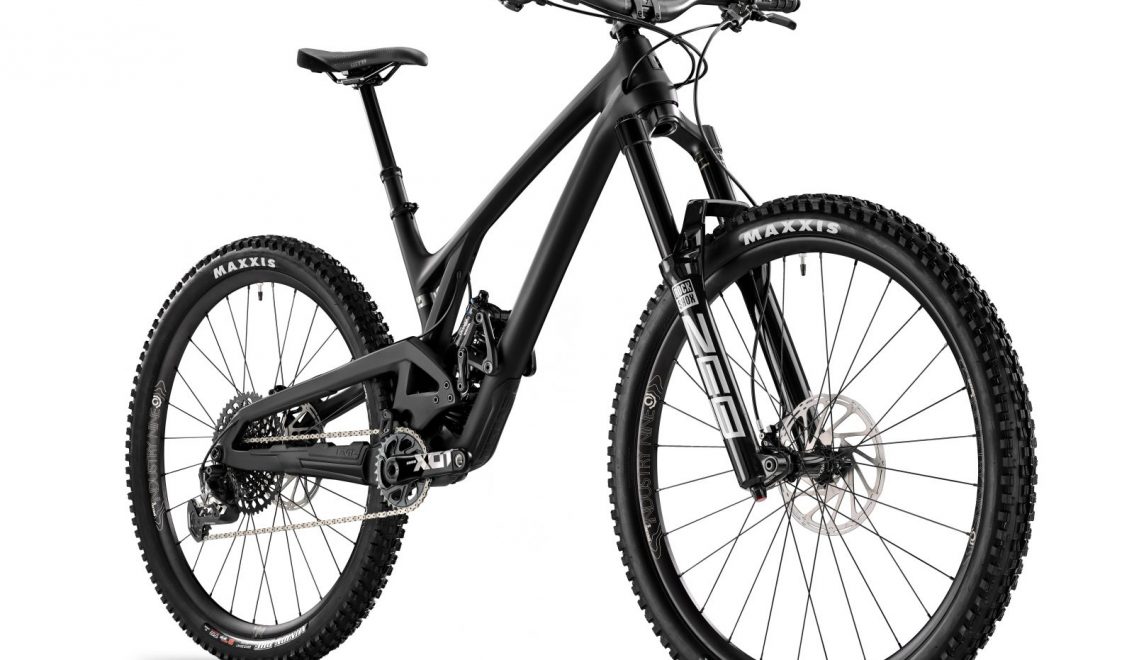 Evil Releases an all new Wreckoning

Evil Releases an all new Wreckoning

Evil Bicycles just announced a massive overhaul of their long legged big wheeled bike, the Wreckoning. With a completely new industrial design, similar to the new Following, the bike sees a slew of updates. A slight travel bump, from 161mm to 166mm, Super Boost hub spacing, fully internal cable routing and a steeper seat angle to name a few. Check out the press release below for the rest of the details… 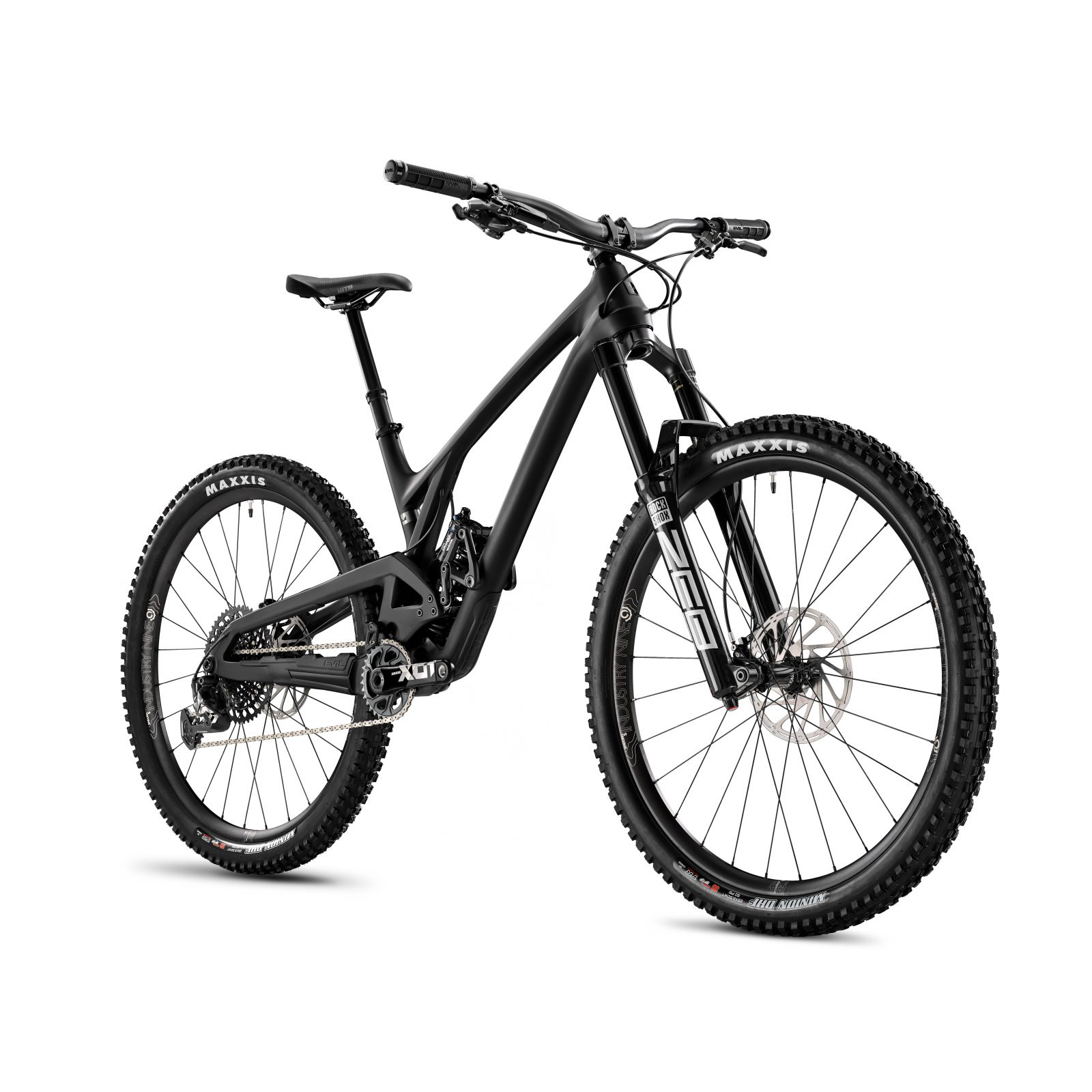 Get reacquainted with the 29”er Leg Powered DH Legend…again.

The Fun Machine that made all other bikes obsolete has returned, redesigned from the rubber up and ready to rumble. Twice, the Wreckoning has showed the bike world what is possible when manic imagination meets an insatiable motivation to bag leg-powered DH laps all day long. Since launching in 2016, it’s been called a traction factory and a game changer, but we can’t settle for good enough. 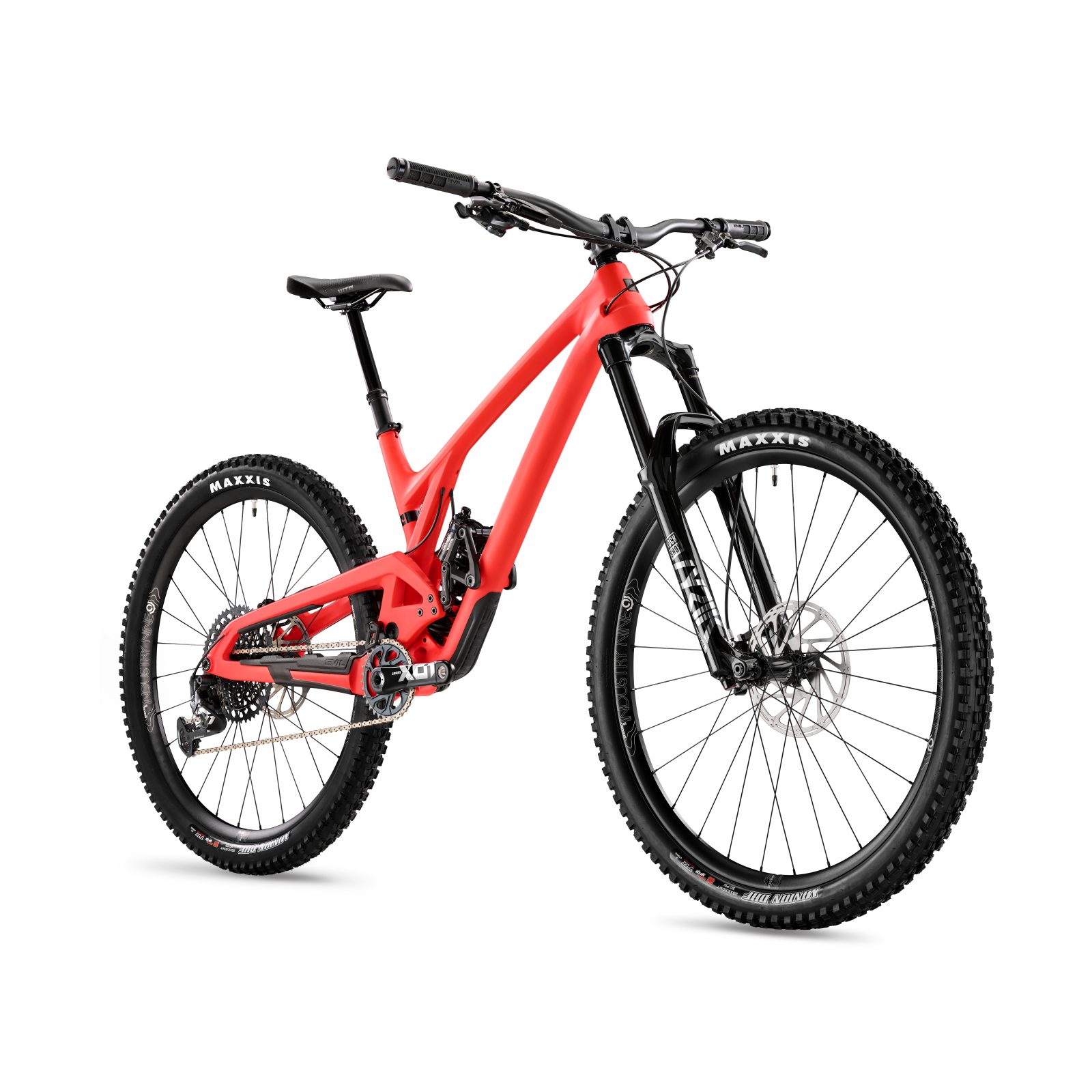 This uphill-happy, trail-destroying 166mm, 29er is Evil’s big-wheeled, ride-anything rig and this time around it features a fresh look and a lil’ bit more travel (that feels like a whole lot more). Playful and poppy when you want it. Plush and powerful when you need it.

The Wreckoning is only a trail bike until gravity is applied. And then it resonates on an ungodly frequency. It Enduros. It also rampages like Aggy, gets Fest-ive like Sorge, and wrecks cocky KOM overachievers on the daily. The Wreckoning decimates tired billy goat clichés and elevates regular riders to God-like status on everything from manicured bike park berms to imaginary freeride dream lines. How did we do it? Let us walk you through how the Wreckoning got better’er…yet again. 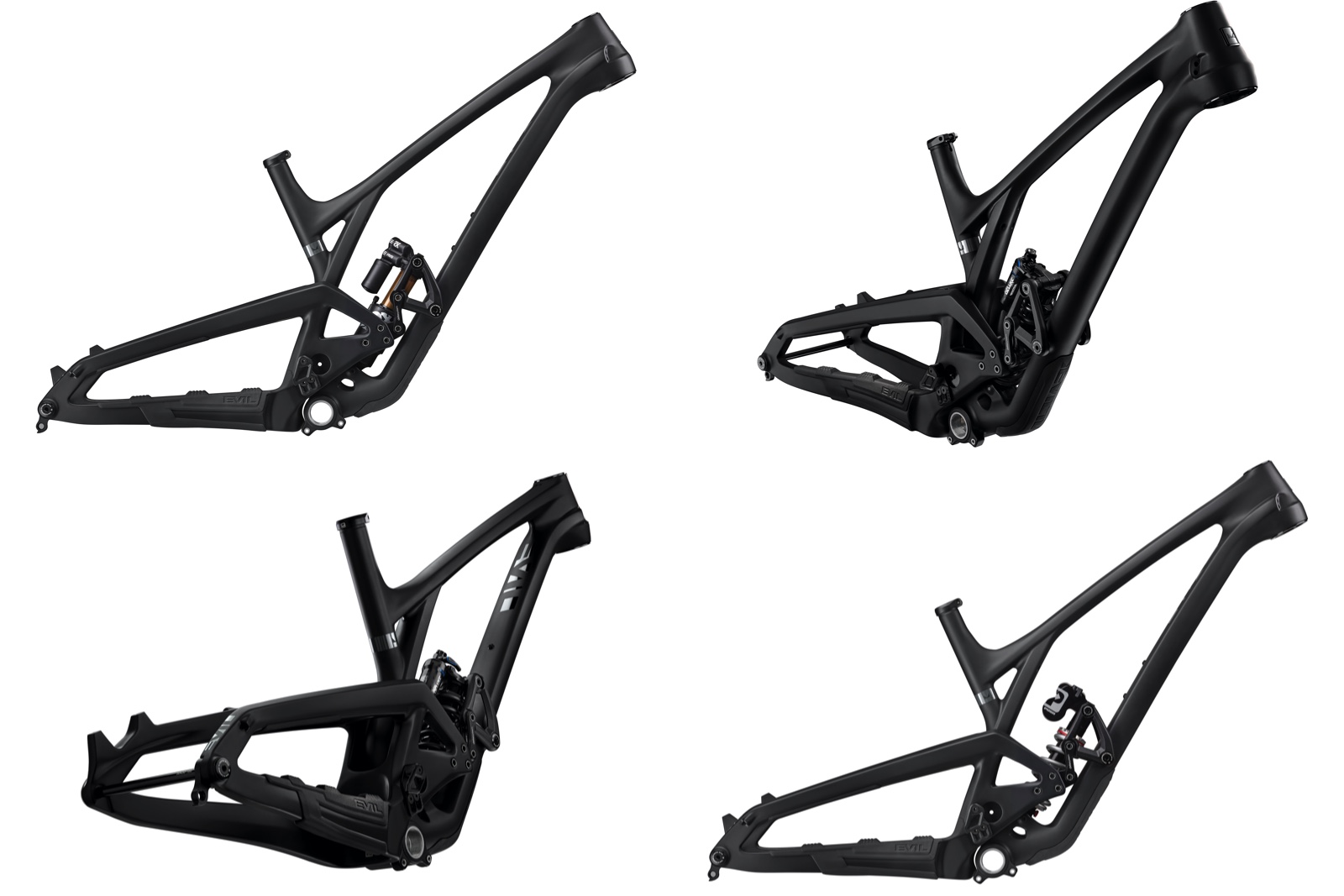 Maybe what’s most exciting is the bike’s sheer mind-expanding spectrum of options. Want steep aggressive angles on a burly trail bike? Set the Flip Chip to the “LOW” position and run a 160mm fork. Looking for a do-everything, one-bike quiver? Go with a 170mm fork and the bike climbs as well as it descends on all terrain. Ready to channel your inner Aggy and throw a freeride rampage? Run a 190mm fork and double down with our stock RockShox Super Deluxe coil rear suspension. Short chain stays (430mm) keep frisky riders manualing regardless of the setup. 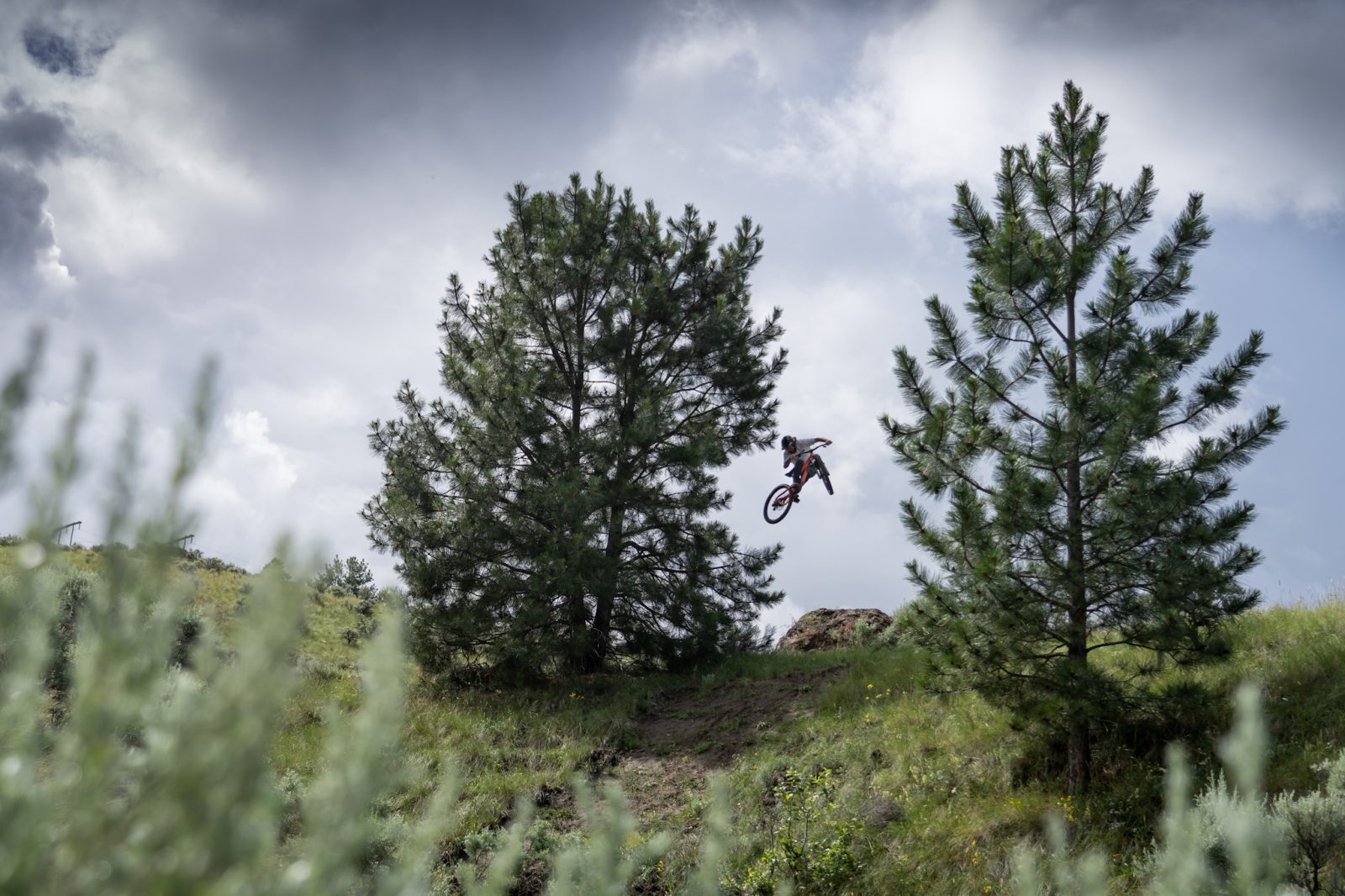 Evil engineering genius Dave Weagle improved on the Wreckoning by borrowing the pedal-friendly pop of the Following and Offering, and then dialing it in with a downhill legacy only he can claim. To achieve a complementary climbing ability, the leverage curve has been revised, starting with the high-end leverage to maintain that supple, smooth pedaling feel we all love so much. Designed for a 44mm offset fork with 170mm travel, a steeper 77° seat angle, forward body position and longer reach put you where you need to be to get up quickly and comfortably. The same longer reach raises both comfort and confidence levels while on the descents. 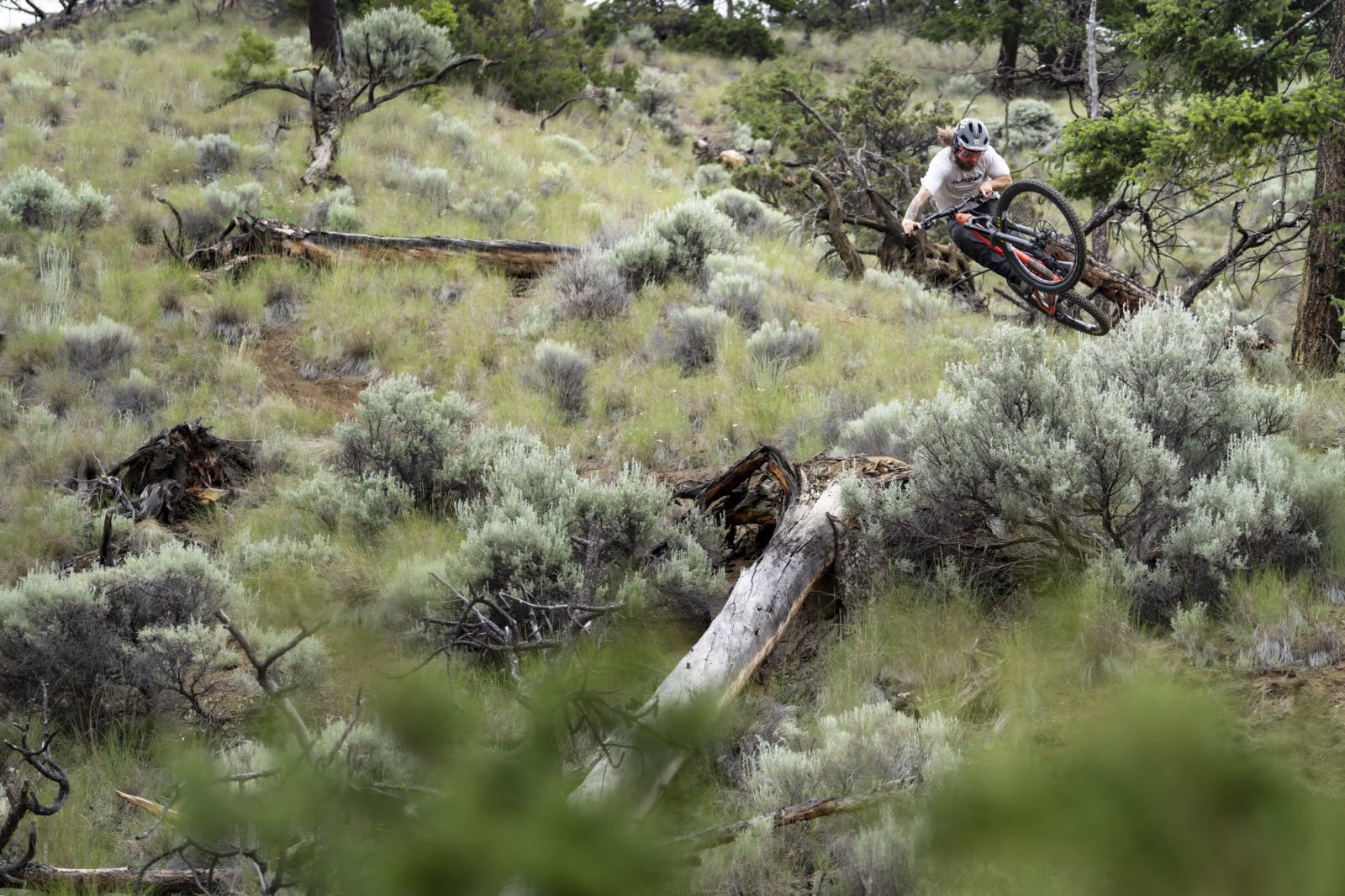 Stay centered and balanced, float over roots. Soak up big compressions. As speeds pick up, the leverage decreases slowly through the mid stroke, providing a ton of efficient support to push against while the end stroke sees the lowest leverage. This results in the bottomless feel this bike has become known for. The slack head tube angle of 65.2° and a 160mm fork—or 64.6° with a 170mm Rockshox ZEB Ultimate fork—breeds confidence, and the Wreckoning feels comfortable and controlled at speed. Like Wreckonings before, it rides bigger than the numbers; a 166mm bike that feels like 200mm. An extra 5 millimetres has never made such a difference. 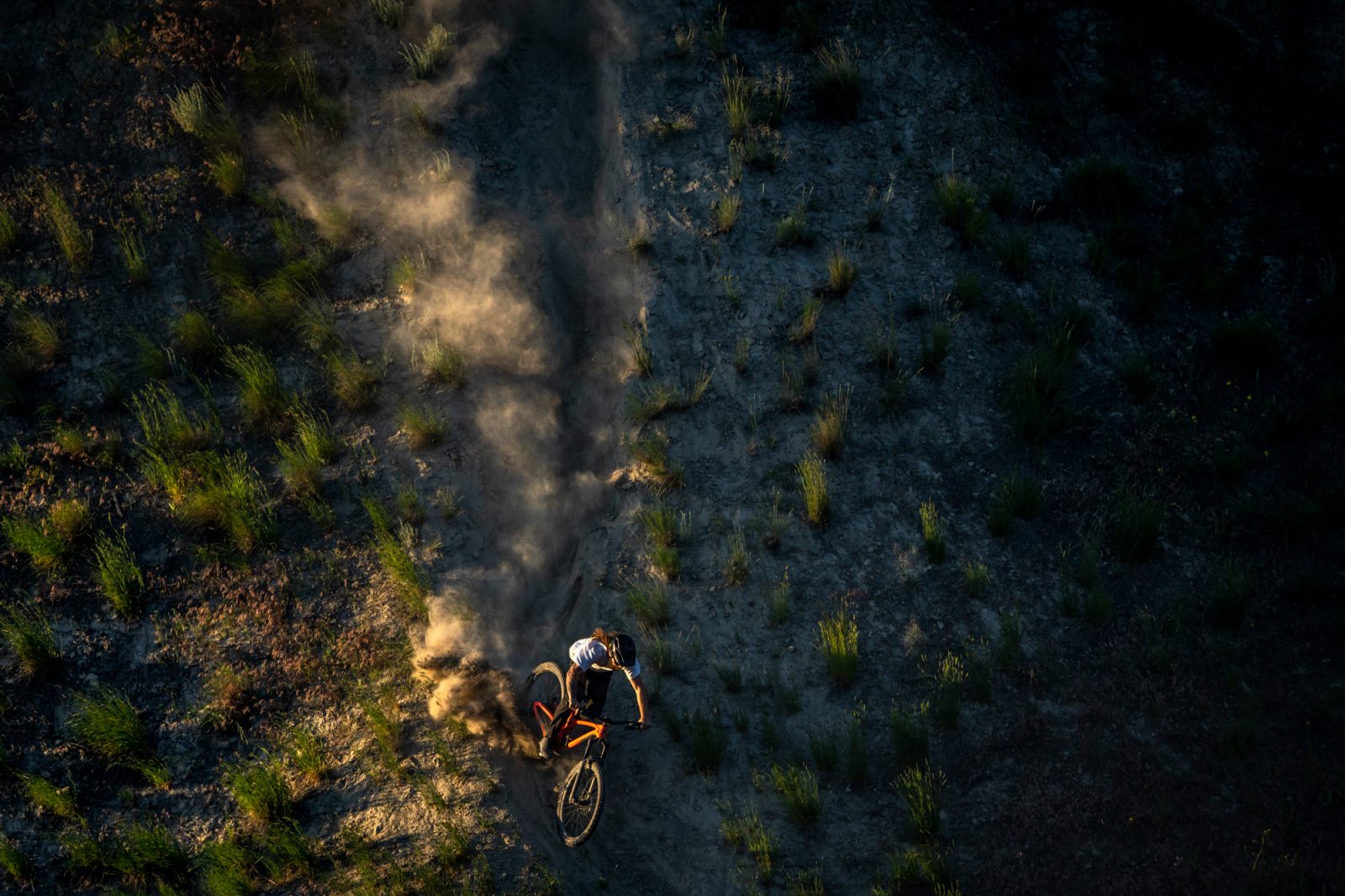 Soft and plush is all good, but anyone who’s been halfway through a rowdy chute knows the value of stiff too. The Wreckoning utilizes 157 Super Boost, the new standard of rear axle spacing for any rider who takes shred seriously. Add in the unified rear triangle, wider main pivot, larger hardware, and you’re ensured a firm AF frame. As far as the front triangle goes, we’ve kept the same strength of the original Wreckoning frame but slimmed the tube sets from the side. This makes the new Wreckoning sleek and slim while maintaining stiffness and strength. Research, design, refine and rip; it’s what we do. 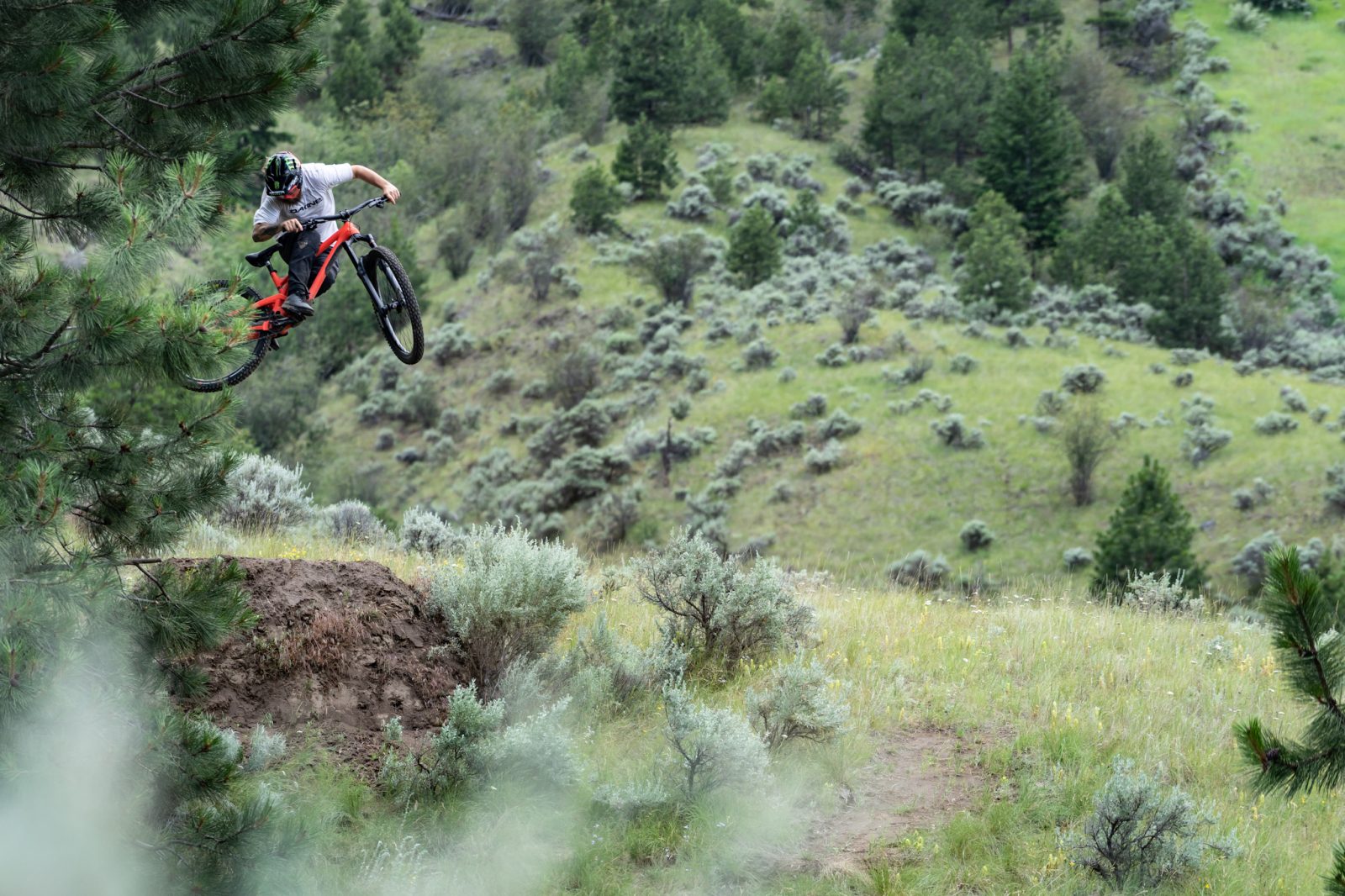 Like the rest of Evil’s models, The Wreckoning has gone Metric and Trunnion. The specific shock configuration is a Metric, Trunnion 205x65mm with lower hardware that is 8mm x 20mm. The Trunnion-mounted shock allows us to add bearings into Weagle’s infamous Delta Link where the shock attaches to the frame…super smooth all the way through the travel. Just like all Evil concoctions, this bike features tons of pop and a bottomless feel. 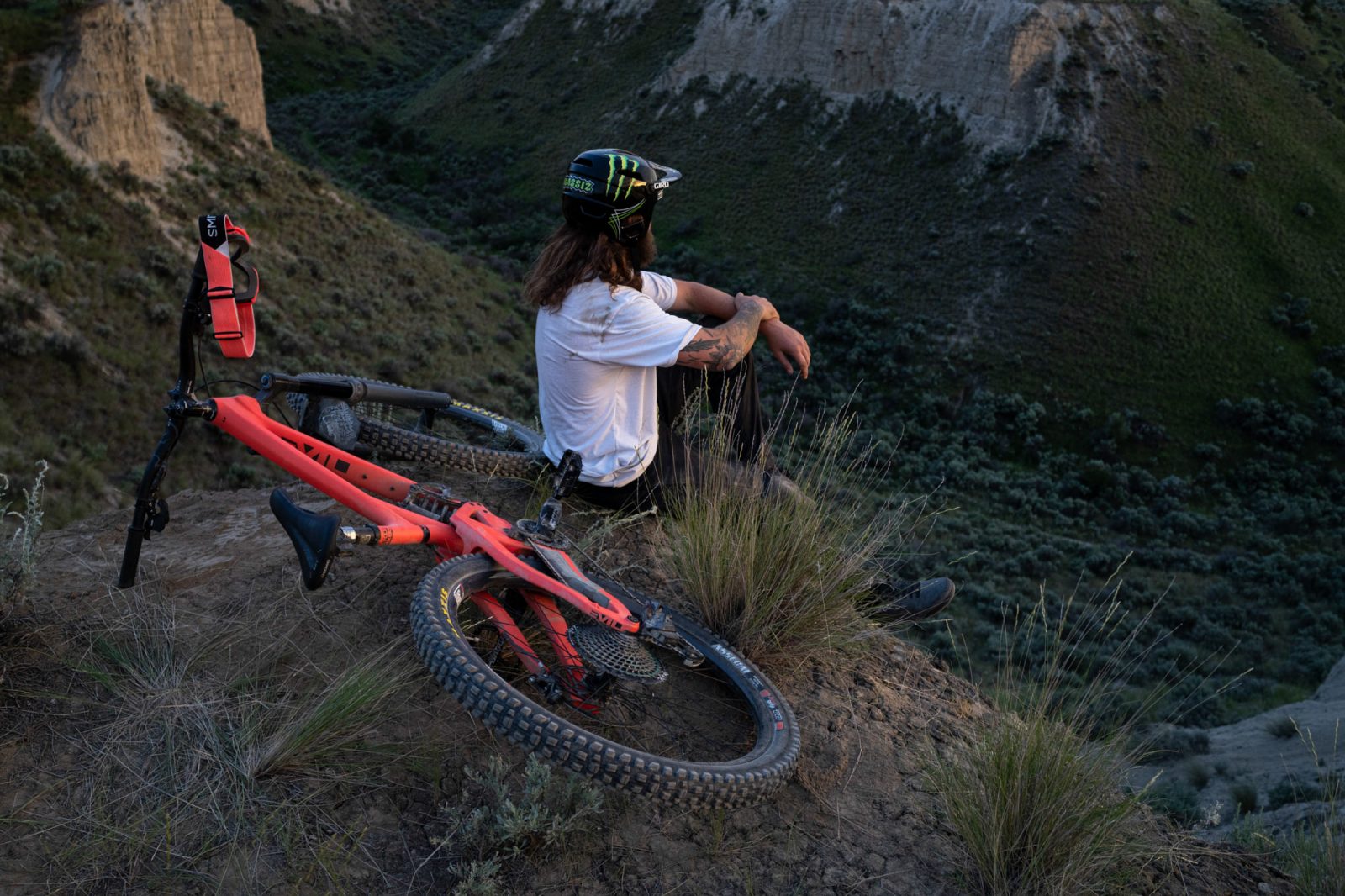 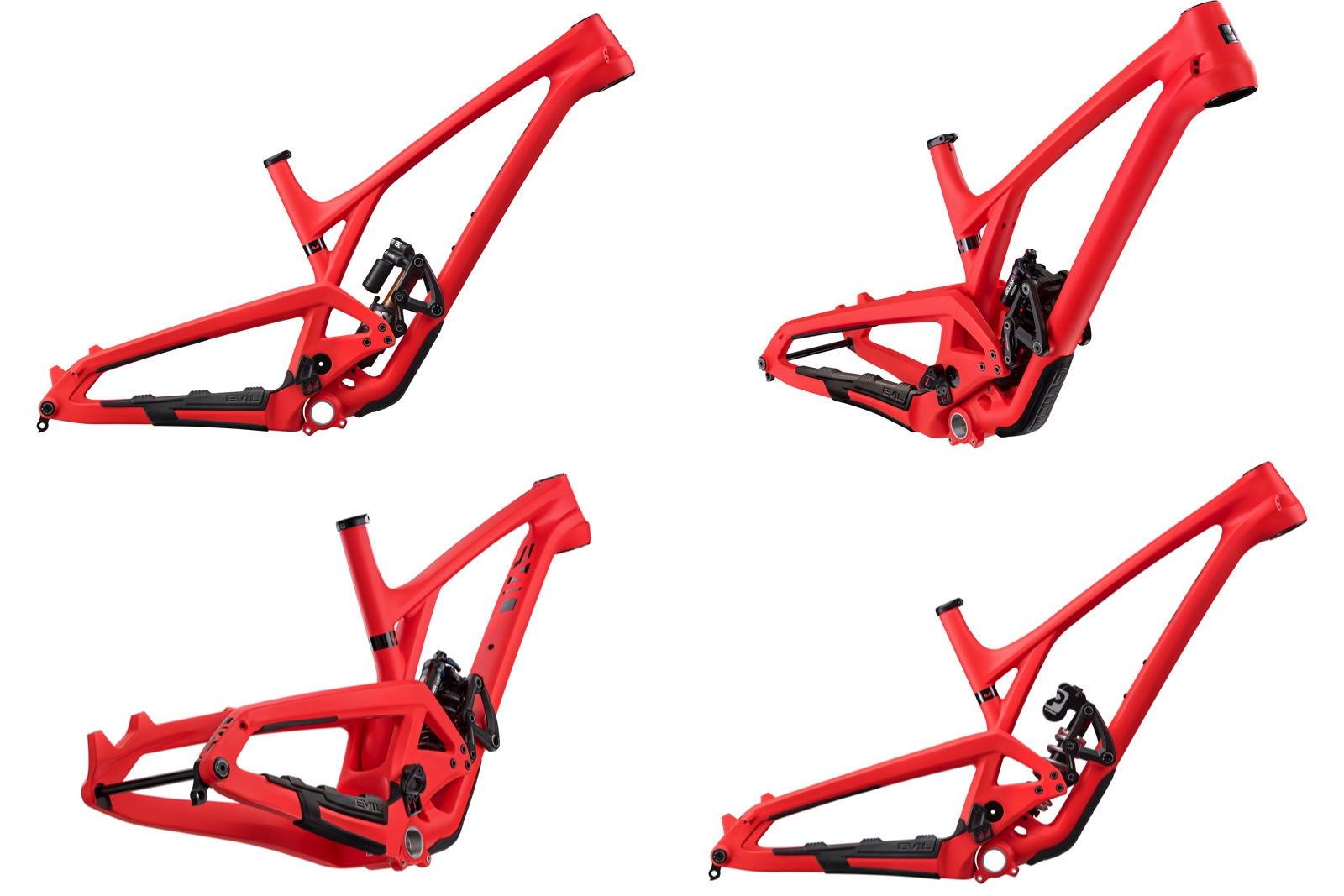 As always, the Wreckoning is available as a frame only, and in a spectrum of models. View them at www.Evil-Bikes.com. 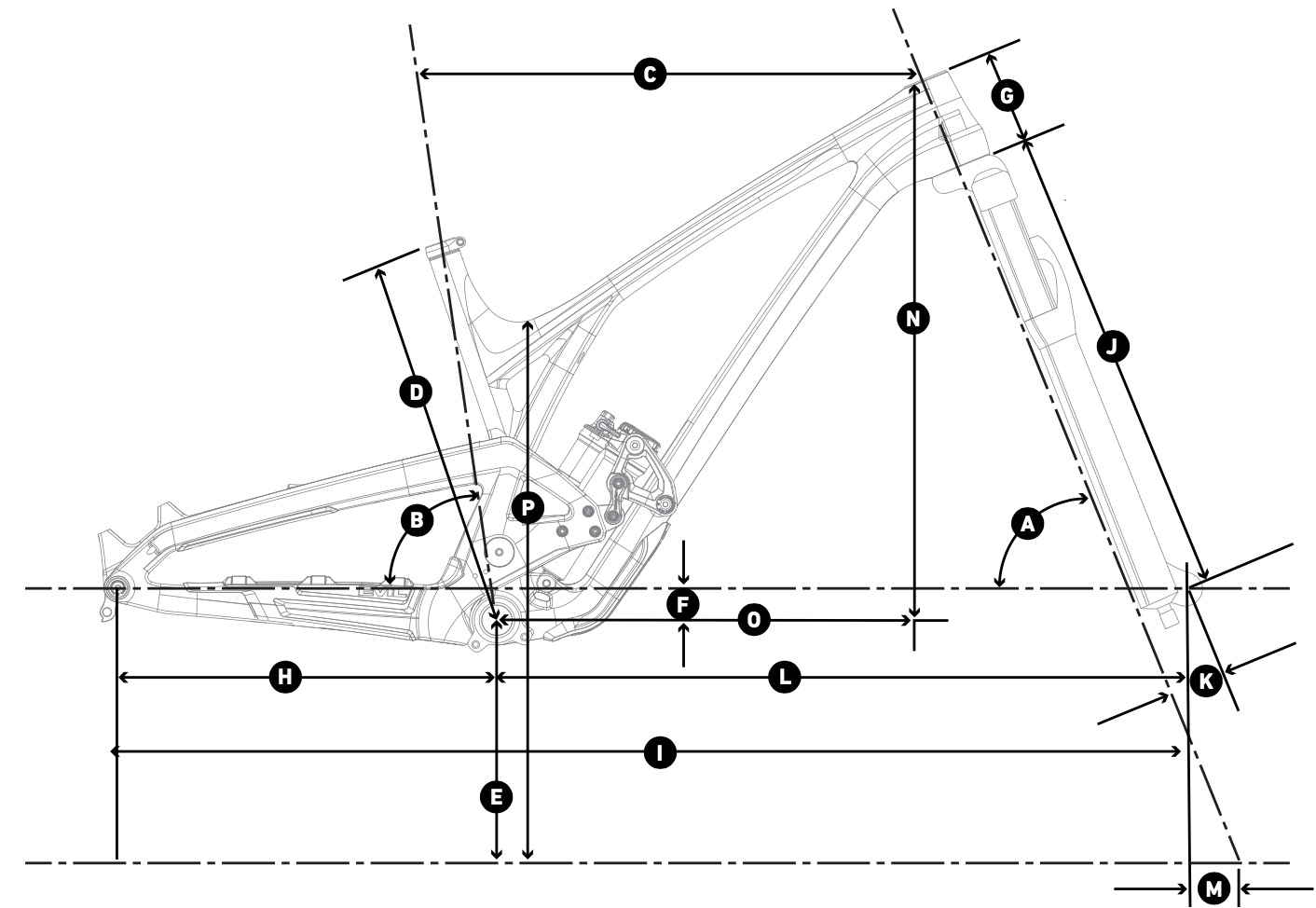 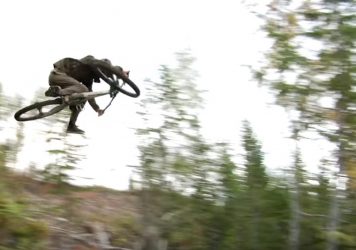 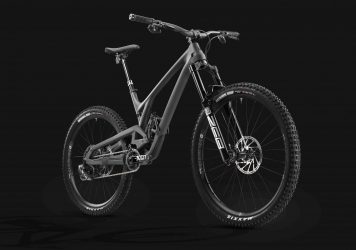 Evil Releases an all new Insurgent 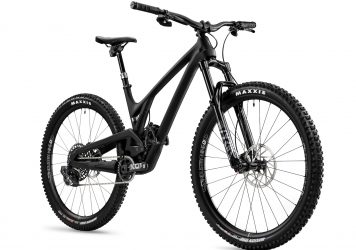