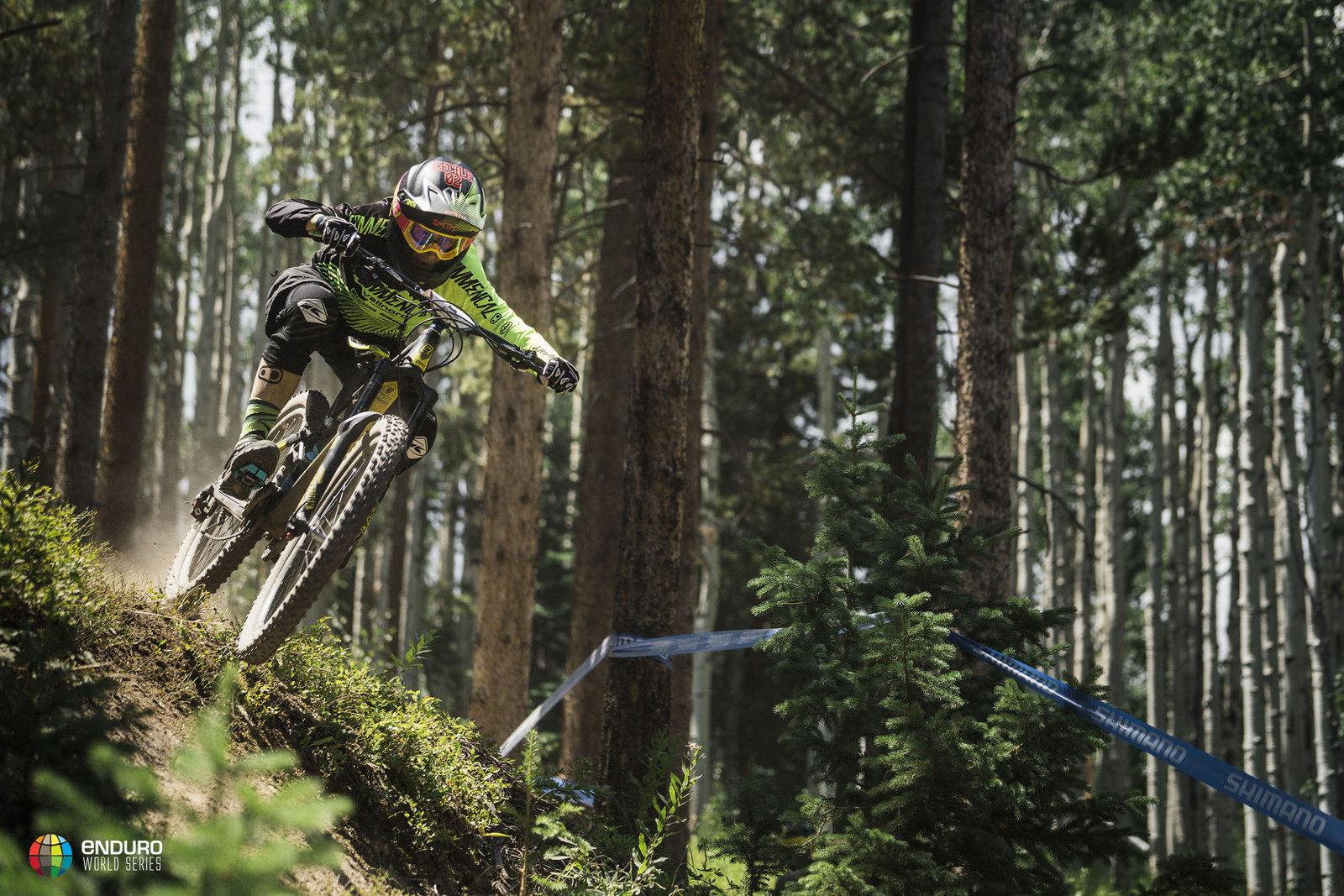 [Press release] Jared Graves (Specialized) and Cecile Ravanel (Commencal Vallnord Enduro) each made it a hat trick as they won all three of the stages on the opening day of the Yeti Cycles Big Mountain Enduro presented by Shimano in Aspen Snowmass.

After a shaky start to the season Jared found his flow on the classic Colorado singletrack of Aspen Snowmass, finishing the first day of racing with a comfortable lead of 21 seconds over second placed Nico Lau (Cube Action Team). Martin Maes’ (GT Factory Racing) first race since he broke his hand in June saw him finish in third, 31 seconds behind Graves.

In the women’s race Cecile continued her incredible form to win every stage and finish the day over 53 seconds up on Isabeau Courdurier (SUNN) in second. In third place Anita Gehrig (Ibis Cycles Enduro Race) sits 56 seconds back – expect a strong fight from her tomorrow as she tries hard to finally make it on to the podium after coming so close on numerous occasions this season.

Home grown talent Samantha Soriano and Lia Westermann sit in first and second respectively in the U21 Women’s race. There’s another strong showing from the States in the Master’s category, with Michael Broderick and Joe Lawwill taking the top two spots and Australia’s Randal Huntington sitting third.

Tomorrow’s remaining three stages really have the potential to mix things up, as today’s long, sweeping singletrack is replaced by steeper and more technical trails. 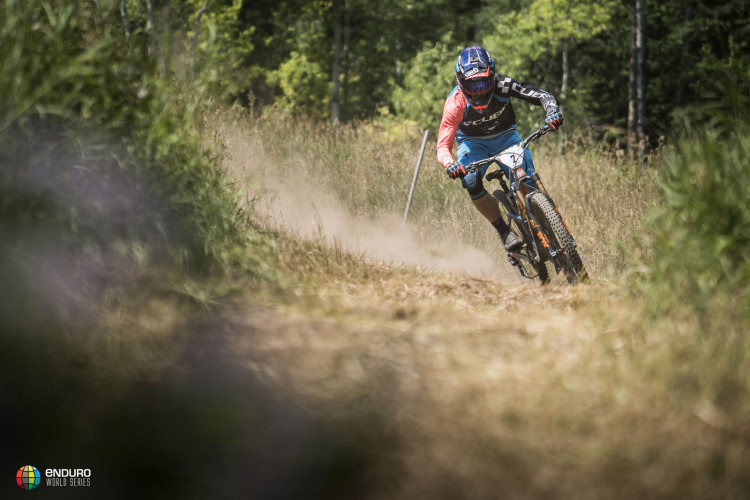 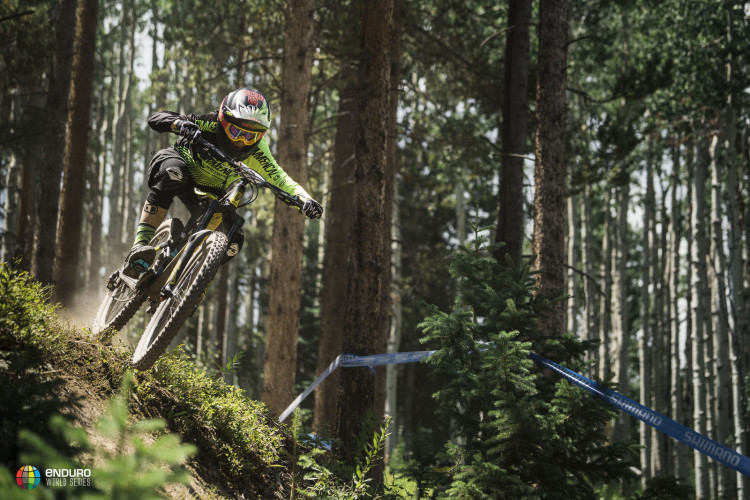 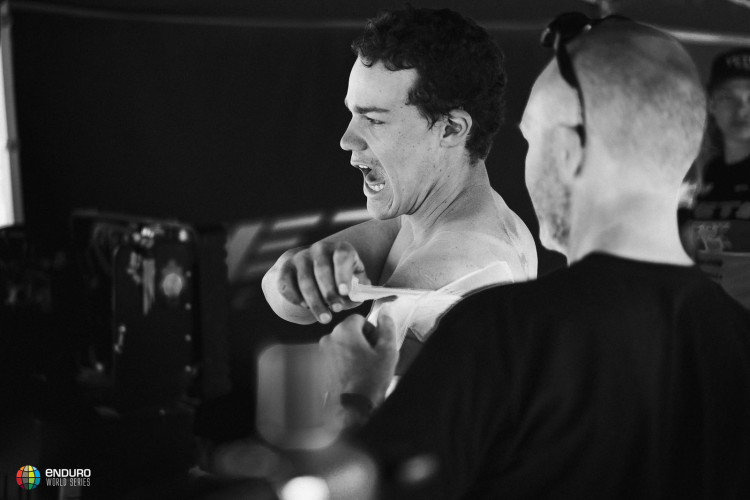 Richie Rude, 41st after day on, due to a shoulder injury during training 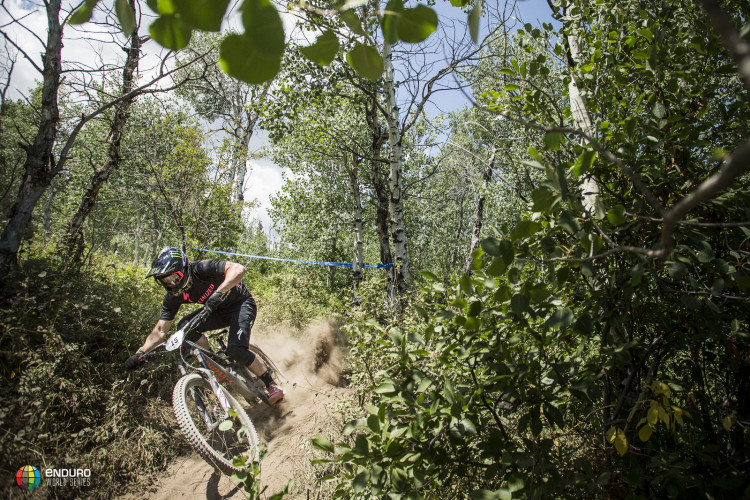 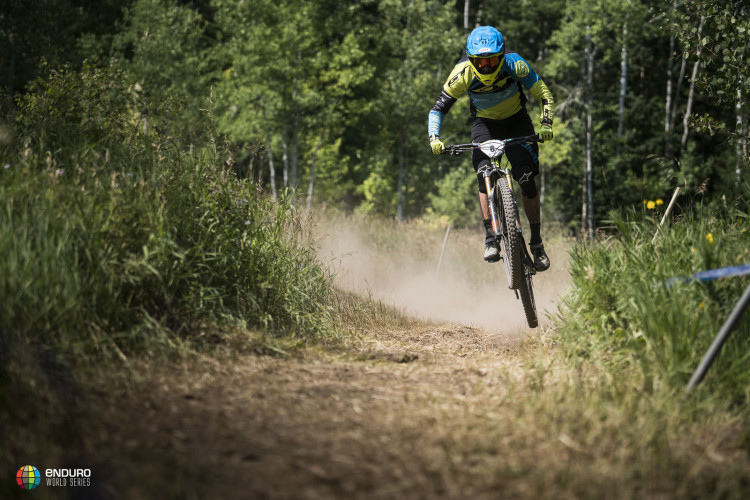 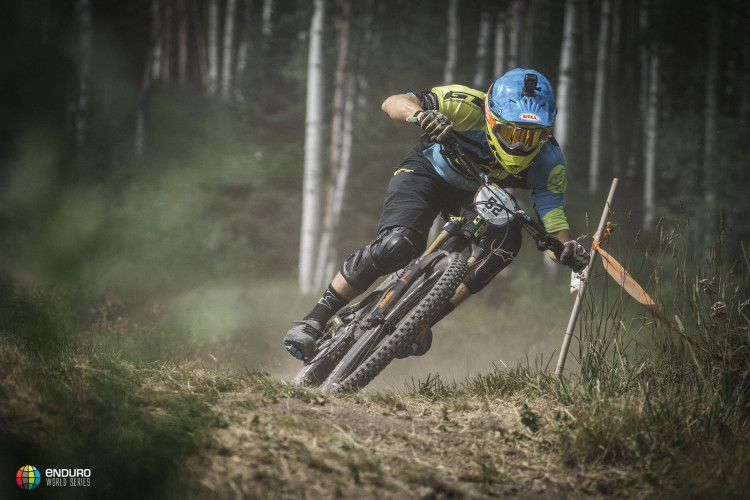 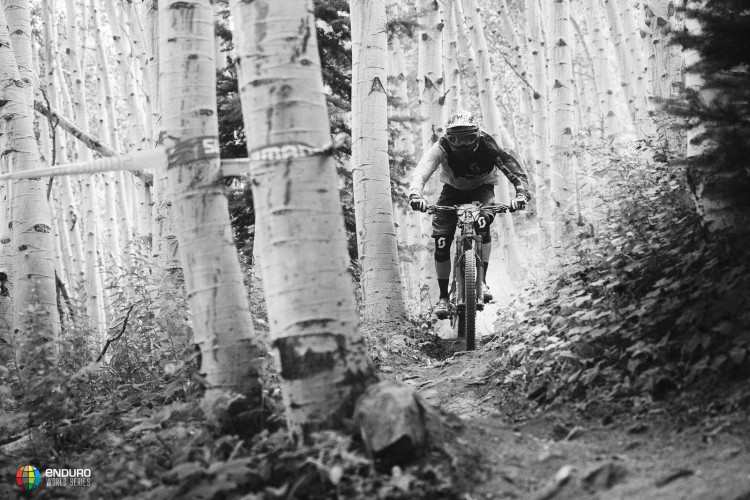