It’s not been the best first half of the season for Jared Graves this year but that was all made up for on Saturday when he opened the Aspen Snowmass race with three stage wins from three. Here we take a look at the epic Stage three from the summit of Aspen Mountain which takes the riders right into the town of Aspen itself over 7km and 900m drop below the start. 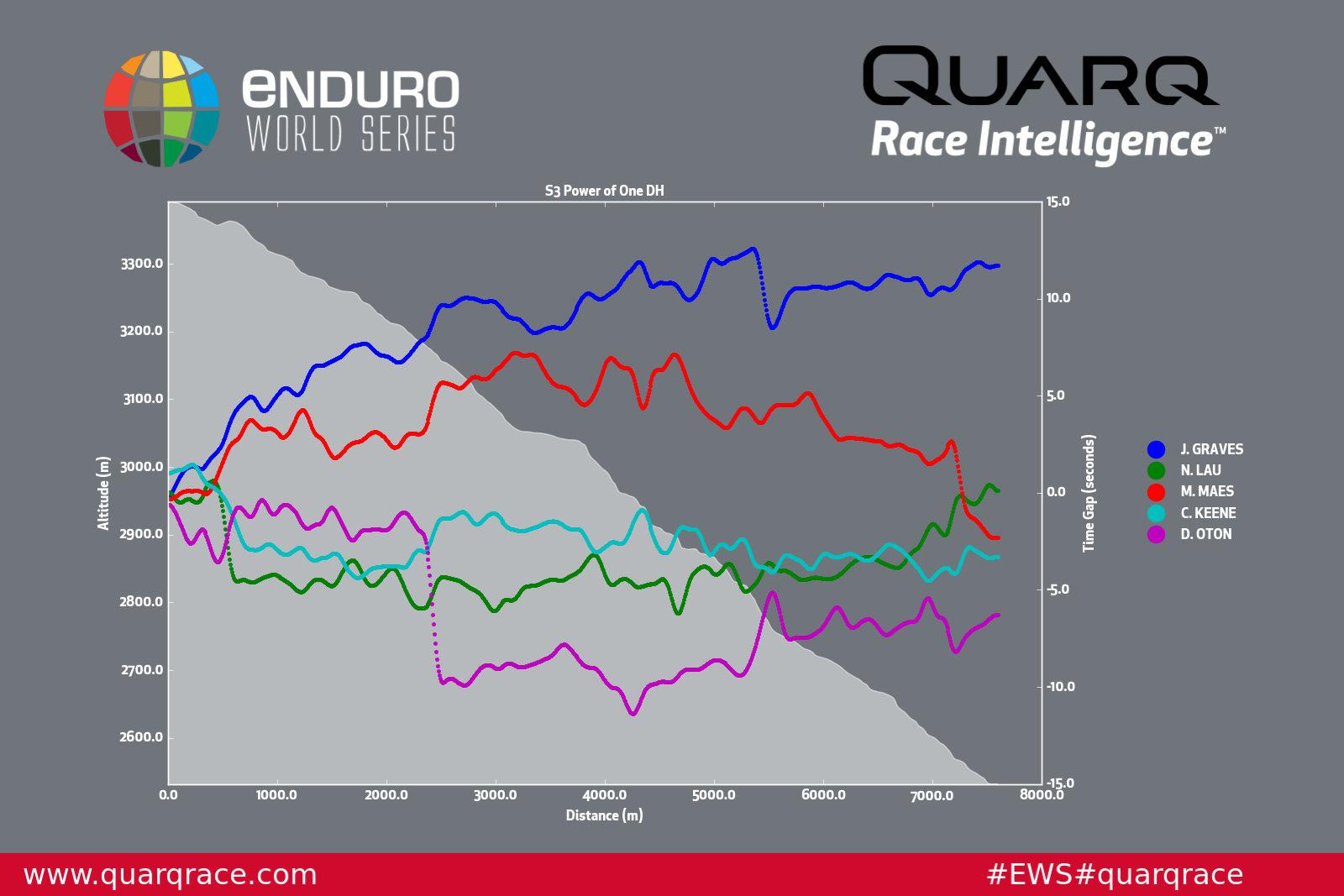 This graph compares the time gaps between the top 5 men on Stage 3 and the elevation profile of the stage. The numbers on the right show the seconds between riders as they drop down the mountain.

A quick glance at the graph above shows that Jared held a steady lead from the first singletrack section to the finish, but the stage gets really interesting when you look at his fellow competitors it the top 5.

They say that enduro is a game of averages, that you need to perform in every condition imaginable and manage your skill, fitness and equipment all the way to the finish line. And that could never be clearer than in the first day of racing in Aspen Snowmass. Graves, current day 1 leader, and Curtis Keene, currently in 4th place both look to have held consistent speeds throughout this monster 15 minute stage. Neither as the graph shows, had any dramatic change in speed. And their solid end of day results today back that up. 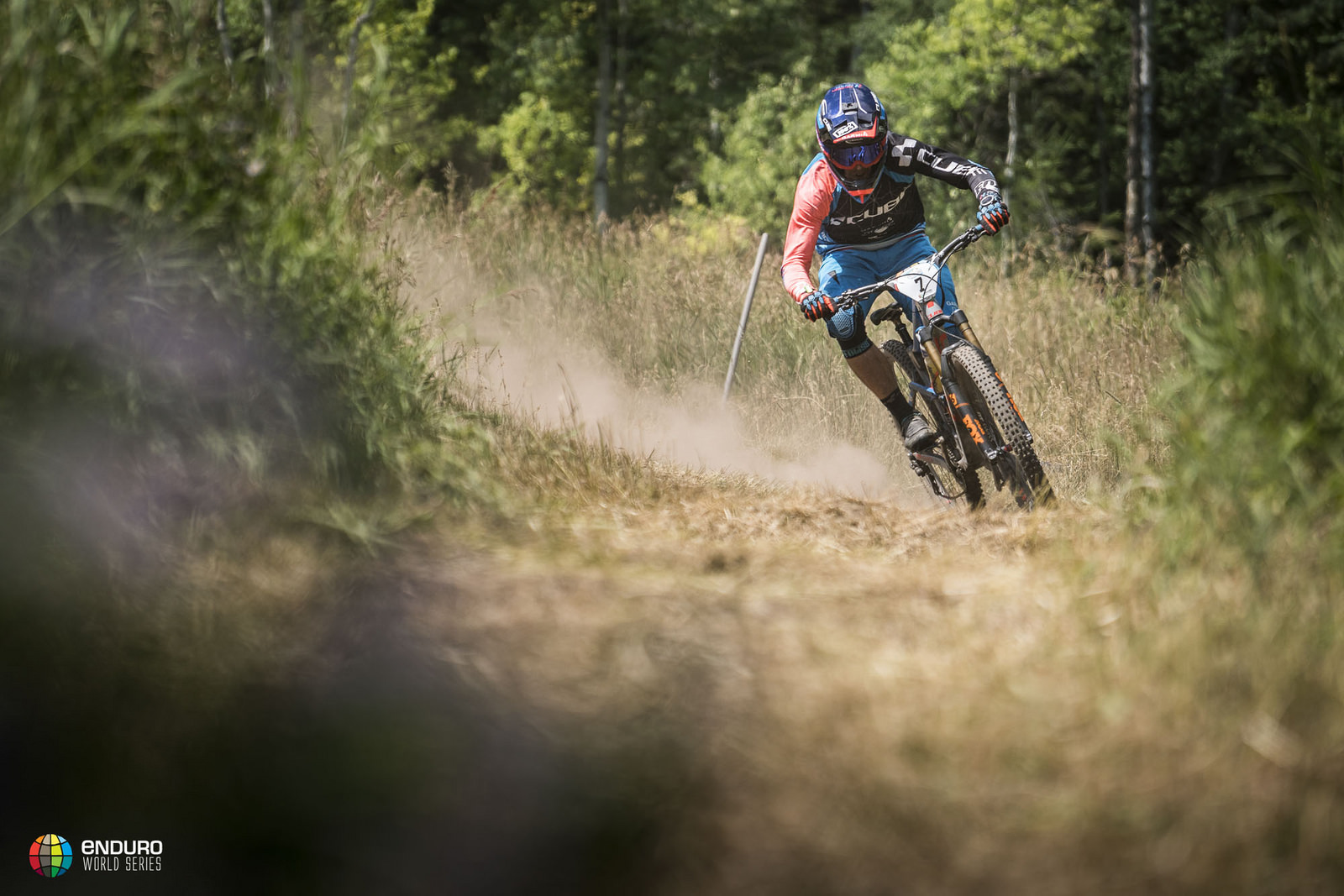 However, let’s take a look at Martin Maes, Damien Oton and Nico Lau, who round out the top 5 on stage 3 today. Lau having started fast clearly runs into difficulty early on before recovering as the stage got steeper, faster and longer. A bad start and a strong finish for the Frenchman. Pulling himself from a brief 5th to an eventual 2nd place. 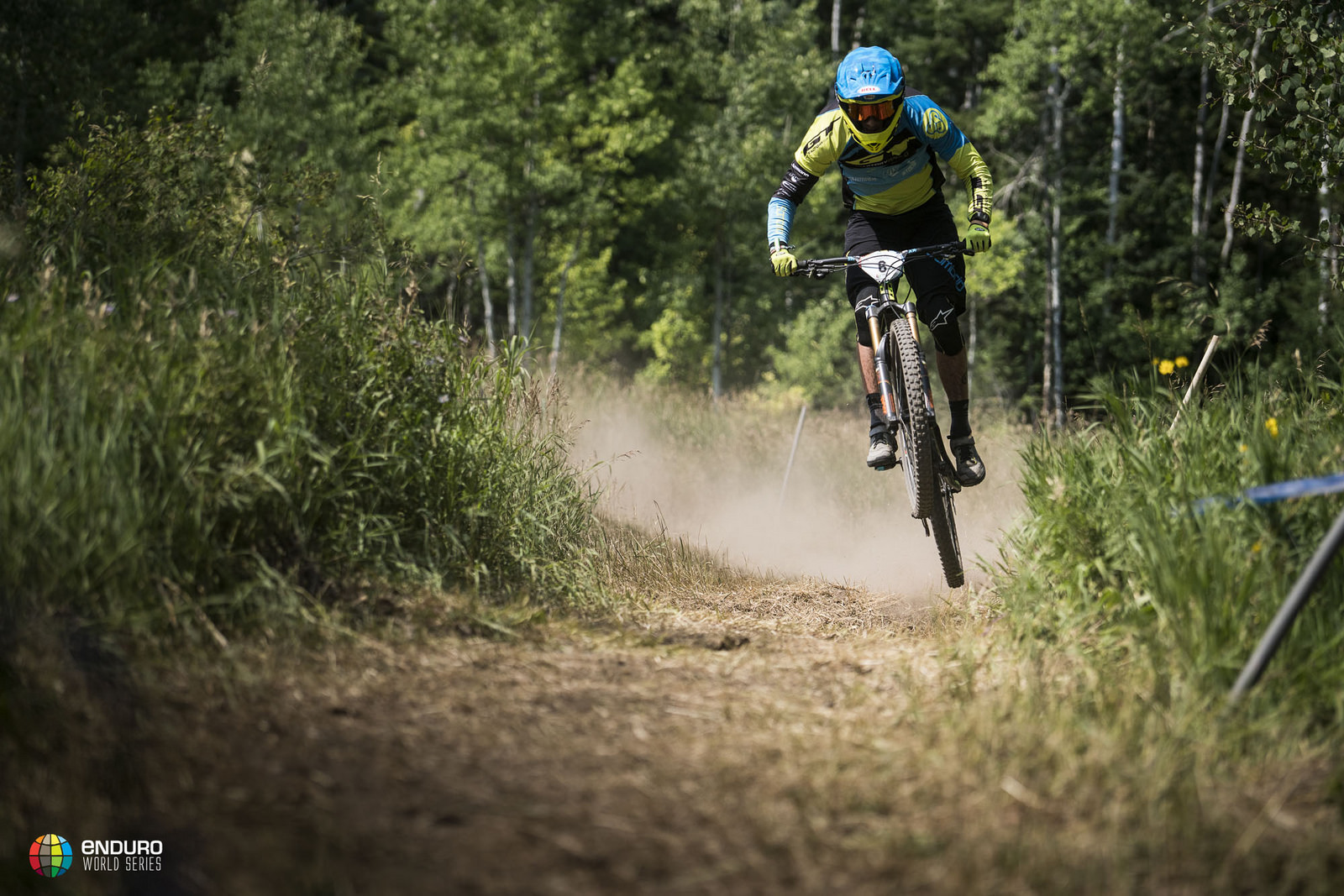 Maes contrastingly started strong and came close to going into the lead briefly but as you can see by the major drop in his trajectory at the end caused by a crash after riding into the dust of the rider in front. Proof though that Martin is a dangerman out there, and back on form after his recent injury.

Damien Oton, currently ranked 2nd in the World Series did well to finish as closely as he did after a major crash at the 2.5km mark dropped him briefly way out of contention. You can see just how much impact that crash had, with Oton’s trace dropping so far south he was at his lowest point 20 seconds behind a charging Graves. However, in a great display of ability, through the steepest section of course, Damien jumped right back up into contention showing us again after his great La Thuile ride, that when it gets steep and technical, he’s right there.

What will we see today?  With the stages again a real mix of physical and technical, they look likely to suit Graves but as we can see here, the rest are never far behind and it’s all to play for on Day 2 of Round 5 here in Aspen Snowmass.

Expect full, in-depth post-race analysis with our partners Quarq Race Intelligence of every stage, men and women in the coming days!

Tune in throughout today at enduroworldseries.com for live Quarq GPS tracking, timing and live blogging.