It’s Thursday just before the Enduro World Series in Finale Ligure and the pits are empty… Everyone is up on the trails practicing (to some this is against the spirit of Enduro) what’s left is controversy and gossip…With very few bikes to shoot we looked around to see what was floating around. We will have more bikes to shoot tomorrow as Friday tends to be a rest day. 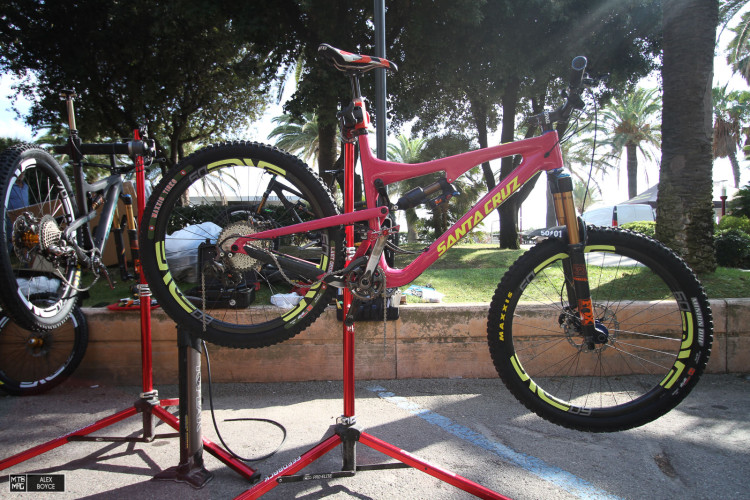 Steve Peat is coming to race the Finale Enduro World Series. He will not be practicing. This is his bike being made ready to race. A Bronson XL with all the trimmings.

There was talk of some pushing for a no shuttle category, EWS organizers were a little frosty to the idea, citing safety concerns as a vital consideration for riders that has been one of the mainstays of allowing riders to practice. 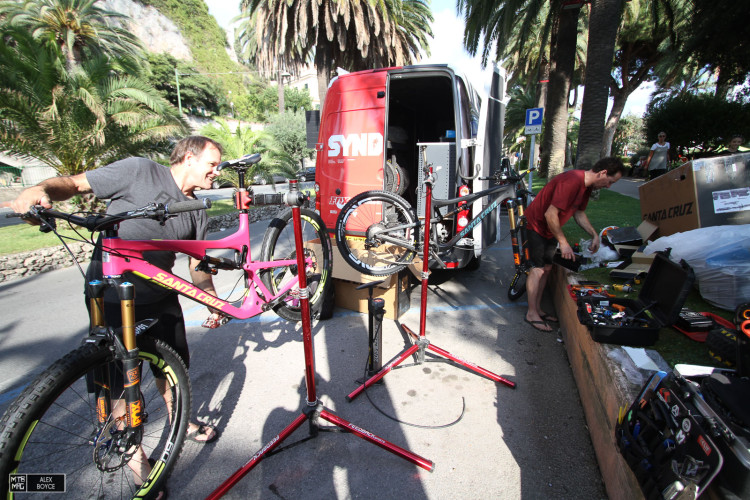 Car park spaces for the Syndicate to build bikes in, made sense, grabbed more attention than the other pits that were all empty. 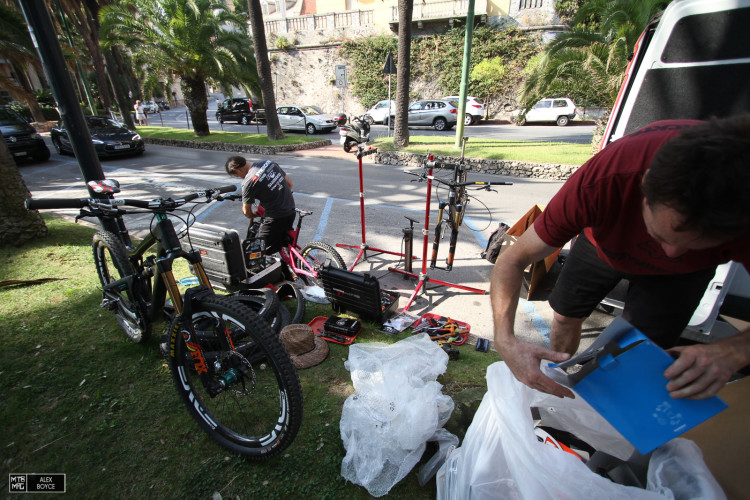 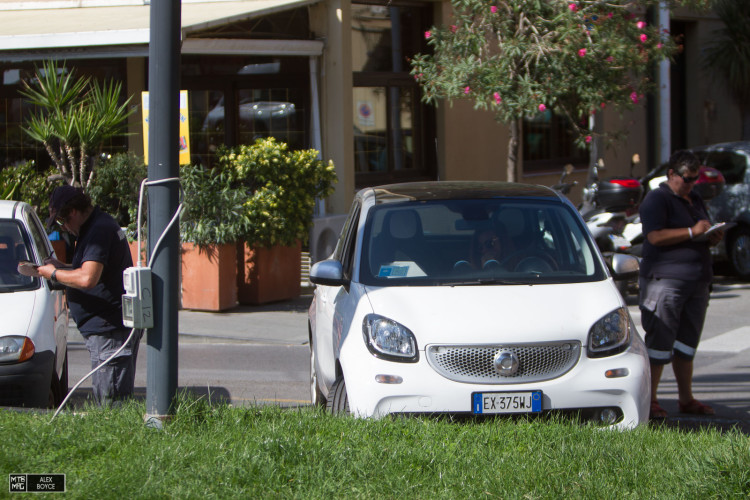 A little known fact about Finale is the very stringent parking regulations. If you forgot to put a ticket for 5 minutes then a fine is almost certain. Not everyone agrees with this policy… 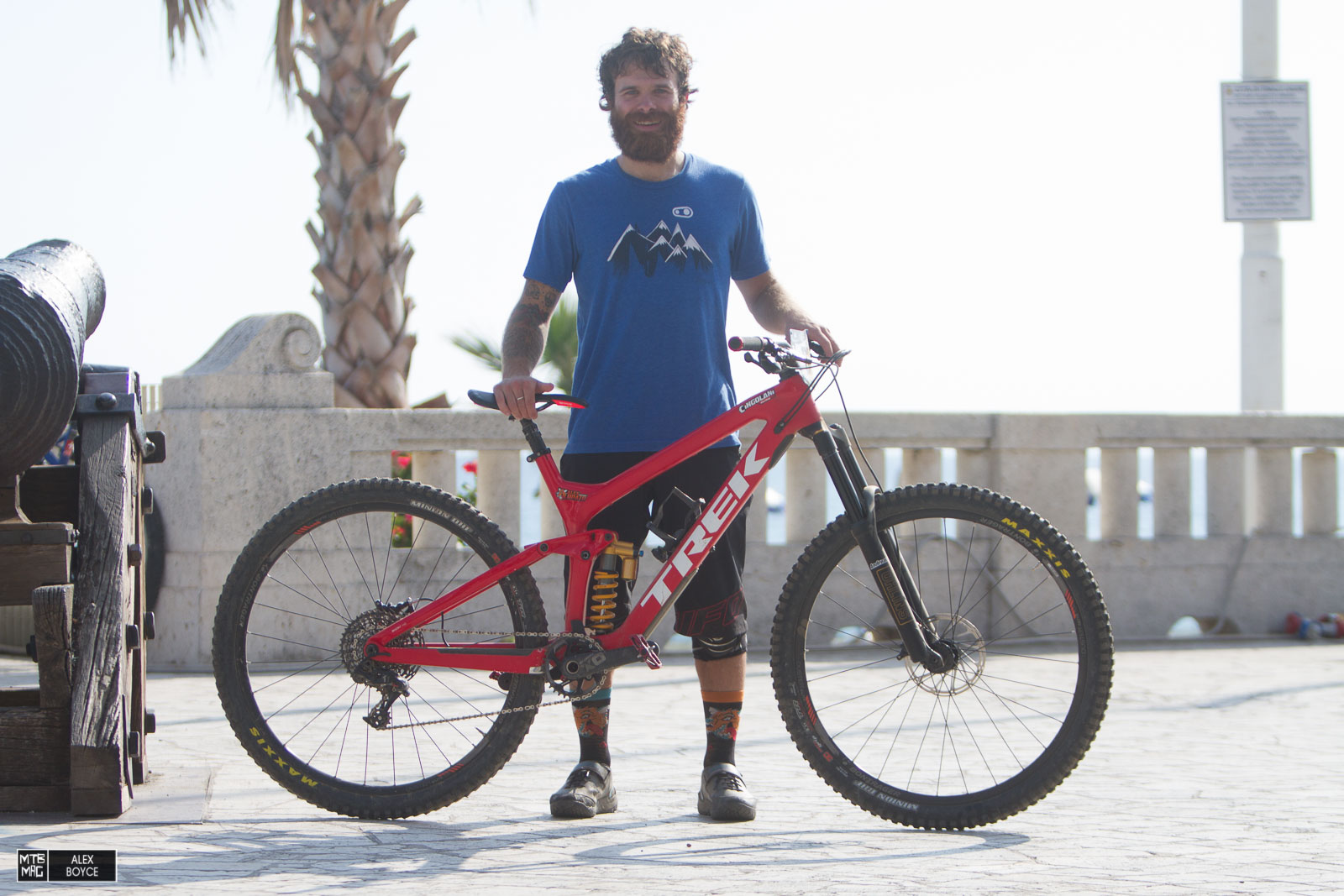 The Lupato brothers were back to the pits early, with their tuned Ohlins, equipped bikes. 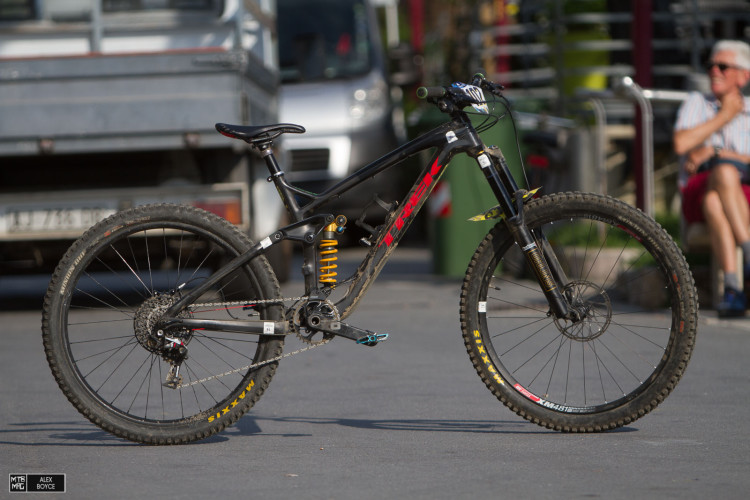 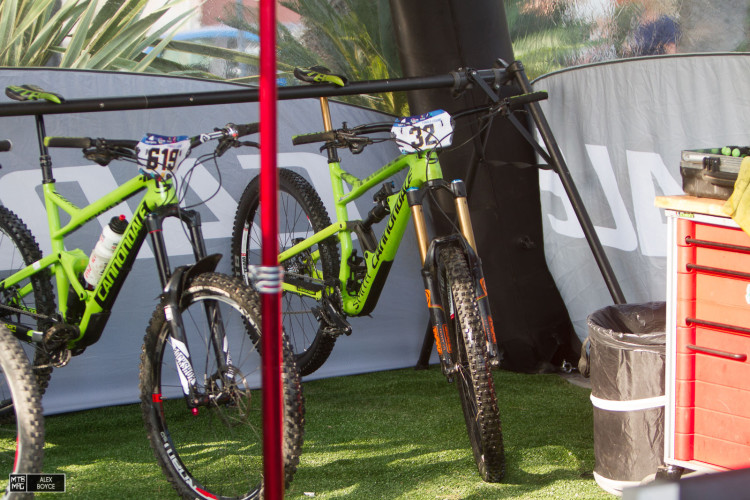 We hopped over to the Cannondale tent, where the official un-offical Enduro team with their new unofficial but seen at every race in public Jeyklls were being washed and made ready to race. 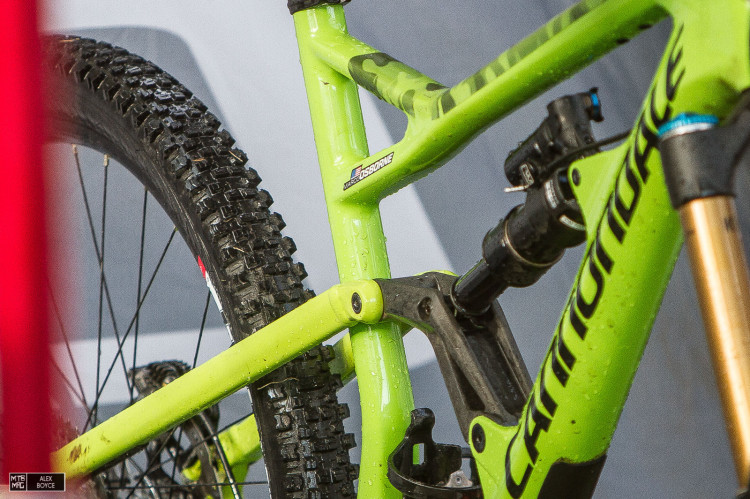 On close inspection it seems that this link is driving a shock with remote that was covered up as soon as we appeared. The link though looks like it is made in carbon now. We aren’t really sure why if it’s all secret they race in public with this stuff, anyway it all looks exciting and is sure to impress when it hits the market.