There has been a lot of chatter buzzing around regarding the new Cannondale F-Si, and finally we can introduce it to you. The biggest change is in the Lefty, which has been redesigned from scratch and which loses its double crown design. It is called Lefty Ocho, which is eight in Spanish, because it is the eighth revision of the fork. 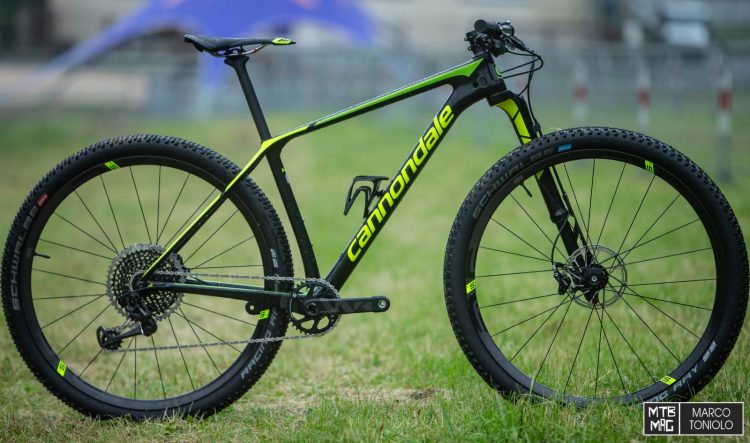 Let’s start with Lefty. Developed by a group of engineers captained by Jeremiah Boobar, a RockShox engineer who migrated to Cannondale a few years ago, the new Lefty has undergone significant weight loss, settling on the declared values ​​of 1,446 grams for the carbon version (250 grams less) and 1,735 gr for the aluminum one. 100 mm of travel with an offset of 55mm for 29 inches and 50mm for 27.5. The latter is mounted on the XS size of the F-Si, the only model with the smaller diameter wheels. The steerer is a standard tapered, from 1.5 “to 1 1/8”. 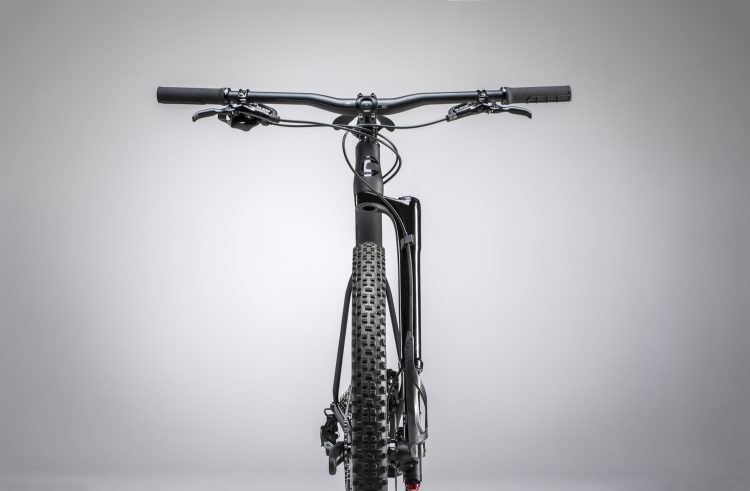 You can adjust the compression by 6 clicks, while the rebound can be fine tuned within 23 clicks. A remote handlebar control is required to open or close the lockout. Note that to open the fork you need to press the remote button, and then the lockout is active by default. Being an air fork, its pressure in relation to the weight of the rider is adjusted via a valve on the bottom of the fork, near the rebound knob. The adjustment range is designed for riders weighing between 45 and 105 kg. 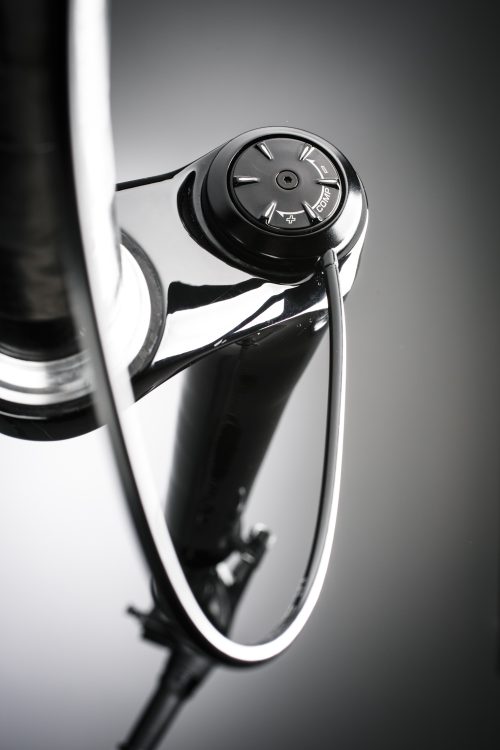 Since the old Lefty was famous for its rigidity, Cannondale tried to continue its legacy with the Ocho, and Cannondale claims to have reached a stiffness (torsional, lateral and braking) greater than the SID and the 32 at 9% and 11% respectively. Being an upside down fork, the hub is oversized and remains identical to the one used previously. The front brake caliper can be removed very quickly by unscrewing the Allen screw half a turn, making sure you have first pressed the safety pin that locks it. This pin is rather delicate and if you force the screw without pressing it breaks. Nothing dramatic, because you can continue to ride without it, but it is worth pointing out. 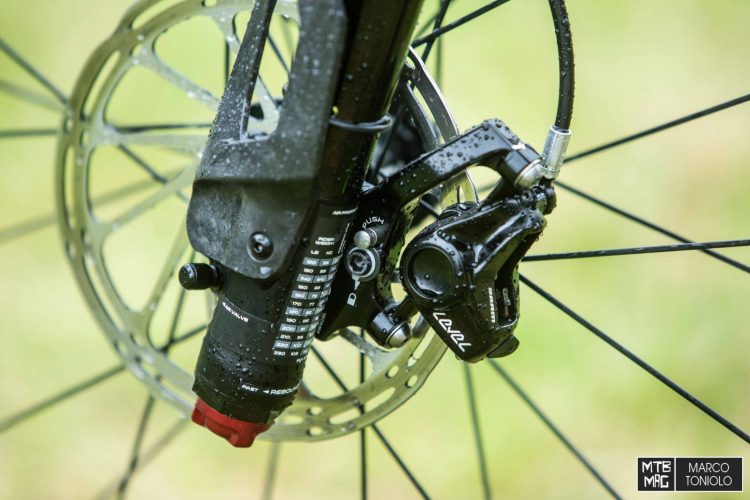 Some details of the carbon Ocho. In the third photo you can see the monoblock, the one piece upper/crown assembly that is made from carbon fiber. 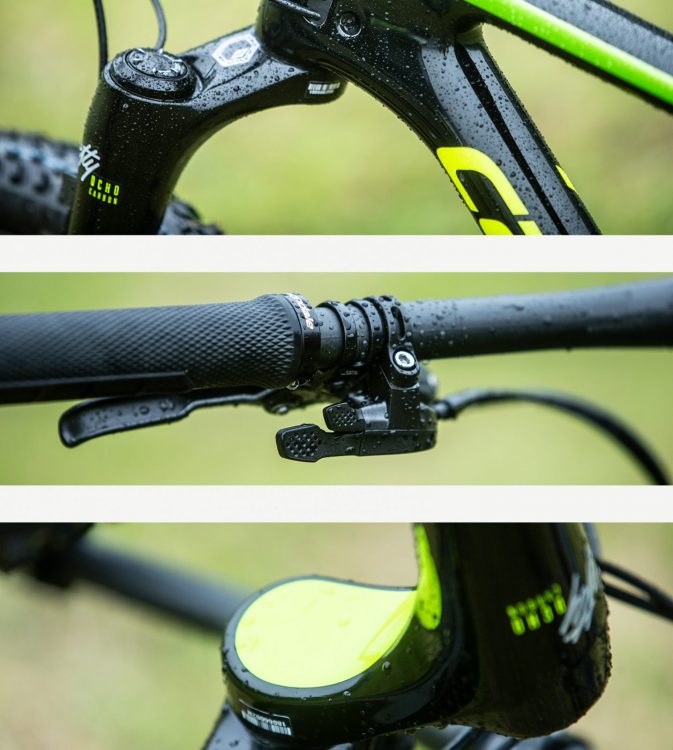 Even the hydraulics and inner workings have changed completely, with a new sealed cartridge and the classic needle bearings of Lefty models past, distributed on three sides of what is called Delta Cage, ie the upper part of the fork, triangular shaped. Compared to the old one, which was four sided and on which the bearings moved independently of each other, here the bearings are joined in a kind of block, and it is no longer necessary to have to do a reset by going to the end of stroke to realign them . The frame of the F-Si Carbon 1 and WC is in Ballistec Hi-Mod carbon with a weight of 900 grams (claimed) in size M, 90 grams less than the previous model. Models 2,3,4 and 5 are in “normal” Ballistec. It maintains the 6mm rear asymmetry on the drive side, thus leaving enough space for 2.3 “tire fitment and to have leftover in the event of mud. The hub is boost, and the wheel will require a specific dishing due to the offset. 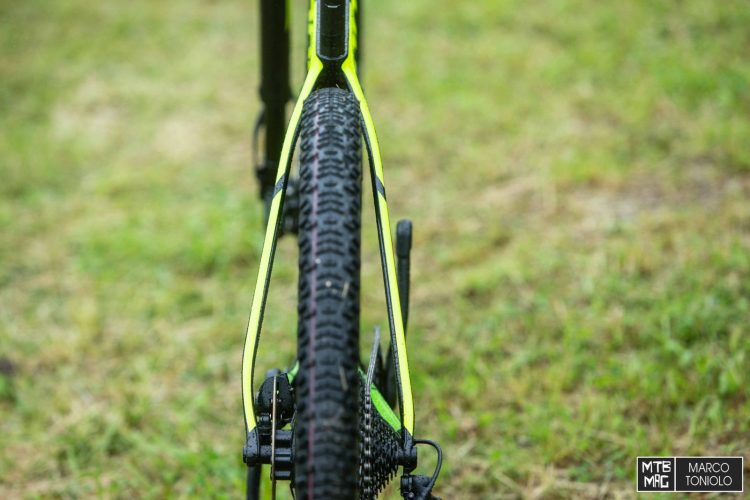 The rear through axle is a 12x148mm, with a precaution on the frame to allow the wheel to rapidly be extracted after just a few turns of the Allen wrench. Basically the hole in which the axle is inserted is open towards the bottom of the dropout. 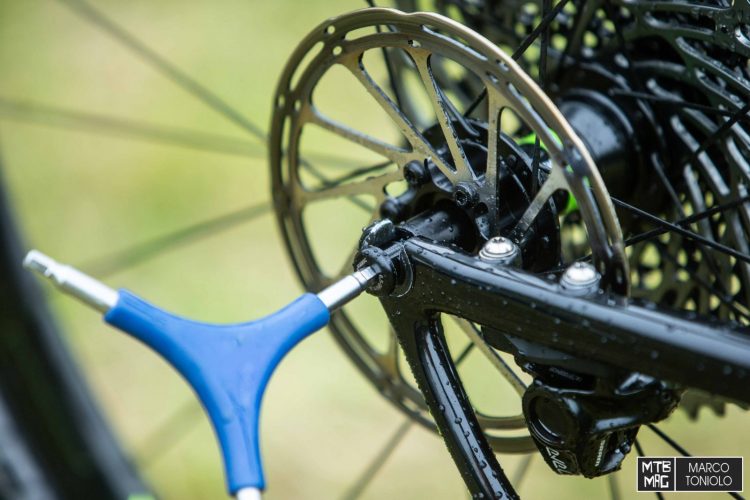 The seatpost lock is integrated into the frame, making room for the part outside the frame, which will flex more and absorb the vibrations better. It is a Save seatpost with zero offset . 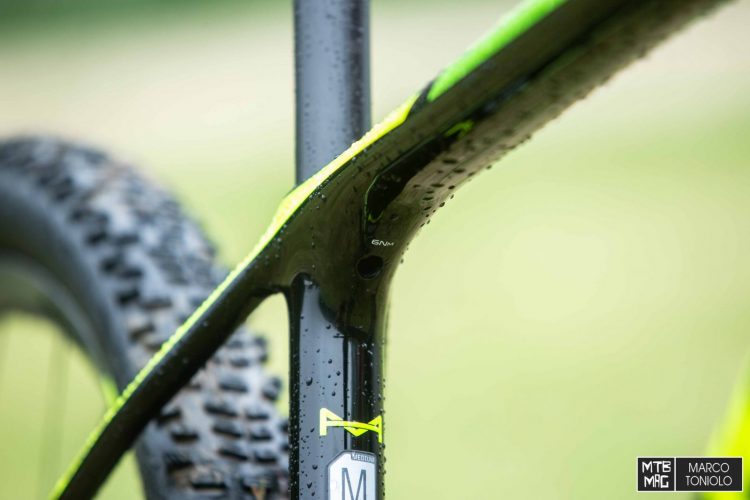 With the free “View” app, scanning the code positioned on the fork’s head, you can go to see the interior of the Ocho, how to do maintenance, how to disassemble the wheel and what interventions have already been done (if the mechanic has it updated during the service). Approaching the phone the fork and its interior are enlarged, showing the details. 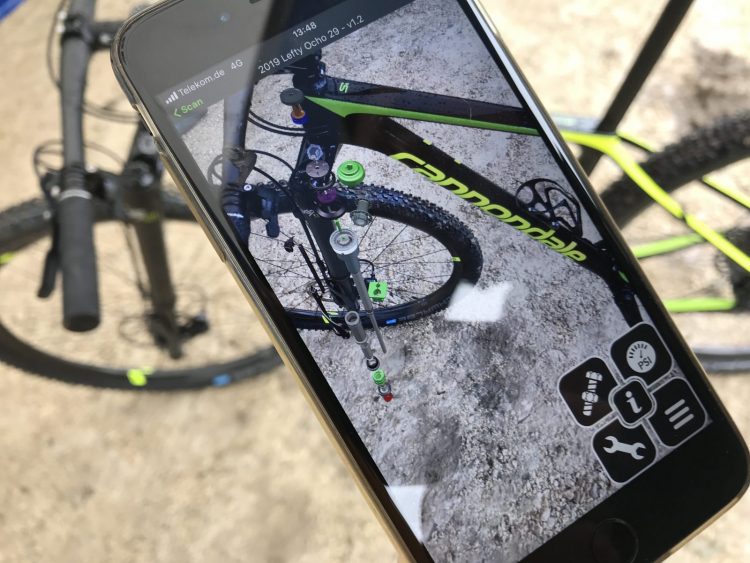 The track conditions did not allow a serious test, since I would have been more busy trying not to fall than anything else. Here’s how it was in the afternoon. 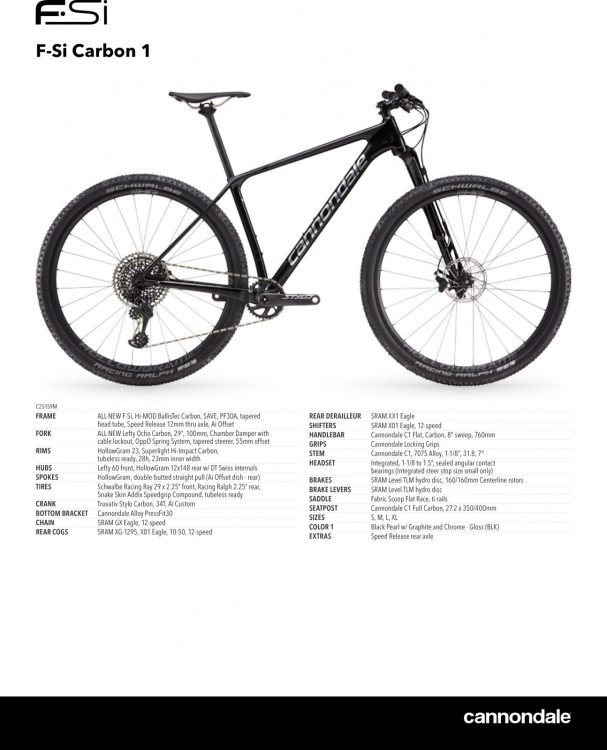 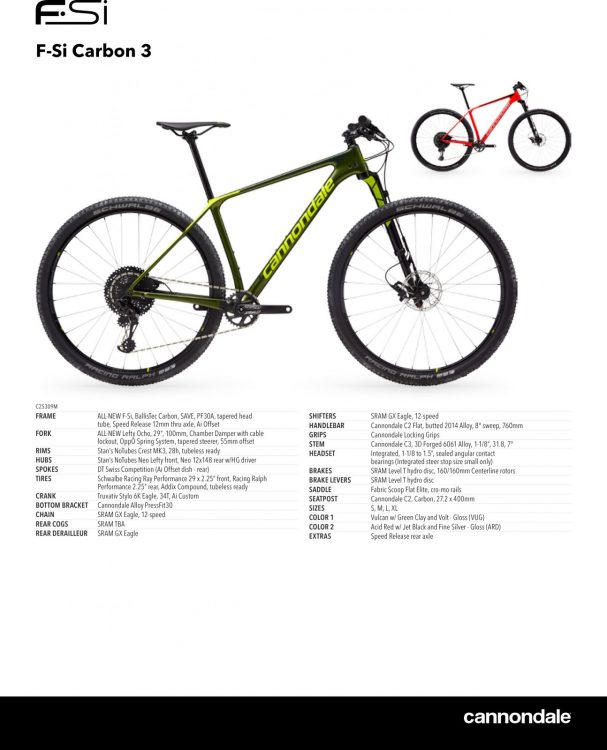 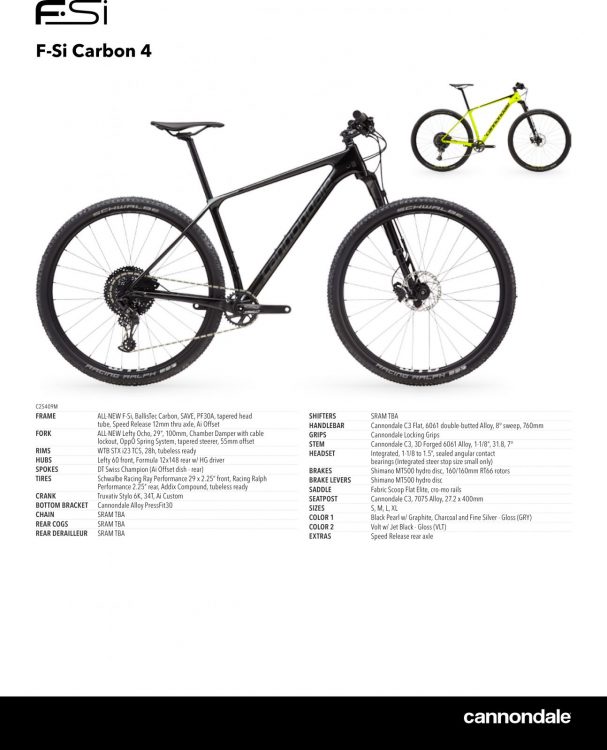 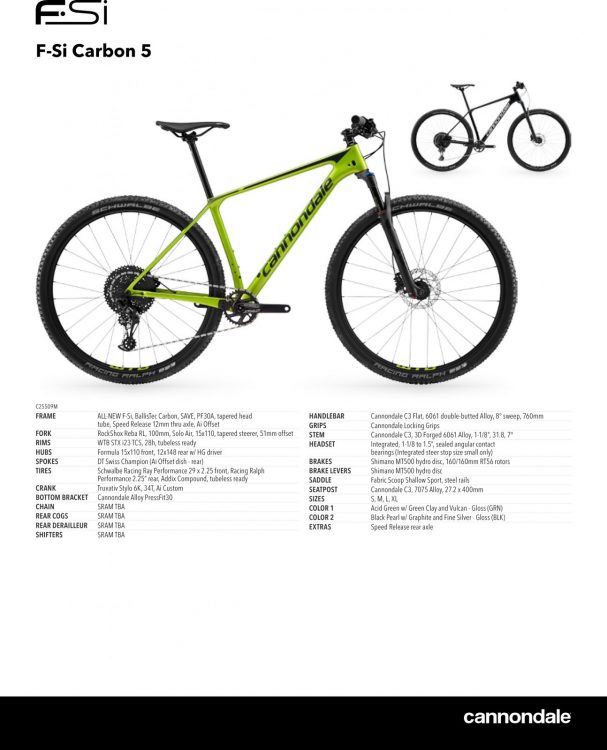 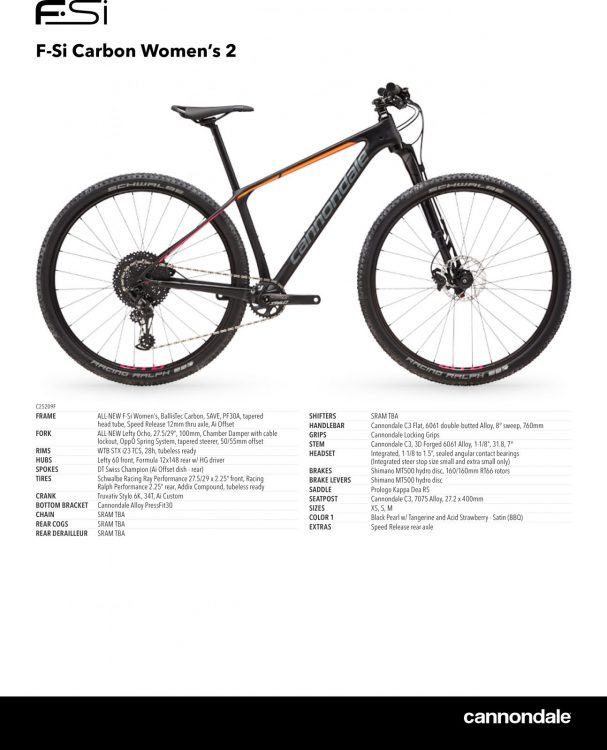