We were recently invited to a rather interesting press camp with Roval Components. Mainly known for both aftermarket and OE wheels under Specialized, the brand has recently launched their own website/store and social channels. This is their first step in the direction of autonomy and throughout our time with them they put a heavy emphasis on the fact that they are eager to convey a sense of independence. Roval wants to be recognized as a heavy force in the wheel market, not just as the Specialized’s house brand. They also are quite eager and open to spec’ing Roval wheels as OE on other brands. In taking this step, they are treading carefully as a main reason they are able to make such competitive wheels at such great prices is due to the resources and clout on offer from Specialized. The fact that they are dubbing themselves as Roval Components, not Roval Wheels could be hinting at the possibility of more to come in the future…In any case, here’s what we saw after shredding in Santa Cruz with the Roval crew. 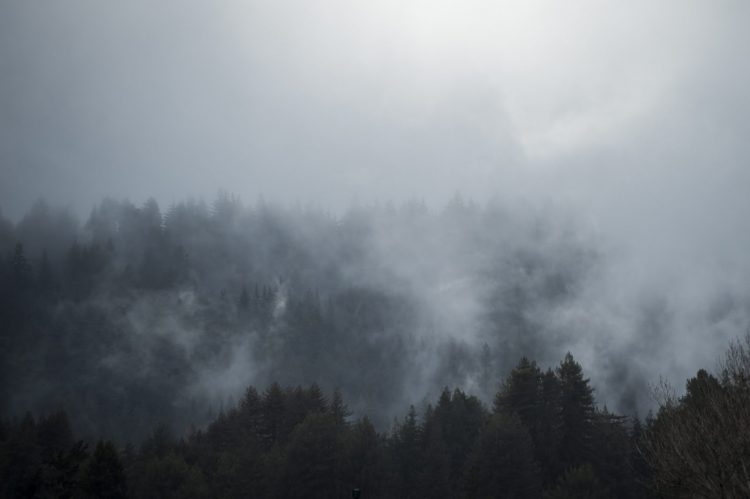 Because the editor of our English pages lives in Santa Cruz it was pretty easy to get to the camp; surprisingly the weather had some surprises for us and we even managed to ride a handful of trails that we’d never even ridden prior. 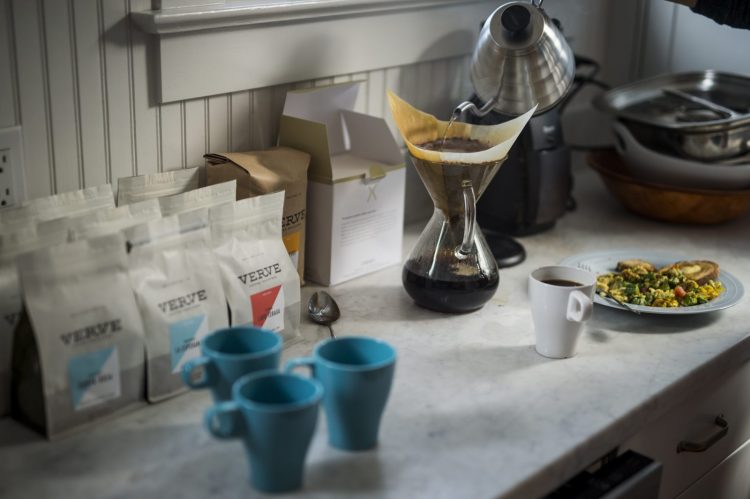 We stayed right down the street from Verve Coffee roasters; a super high end Santa Cruz based brand. They were super good to us and kept us well energized during our stay. 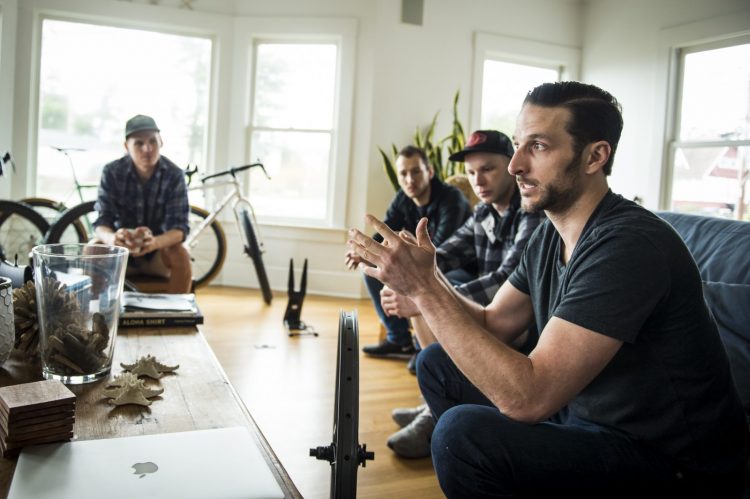 Specialized mountain bike brand manager Nate Riffle talks us through some of the finer points behind both the history and philosophy at Roval. There’s a big emphasis on being not only competitive but bringing excellent value to the table. Nate reminded us that you can buy a set of both carbon fiber and aluminum complete Roval wheel sets for less than the price of one set of some competitor’s wheels. 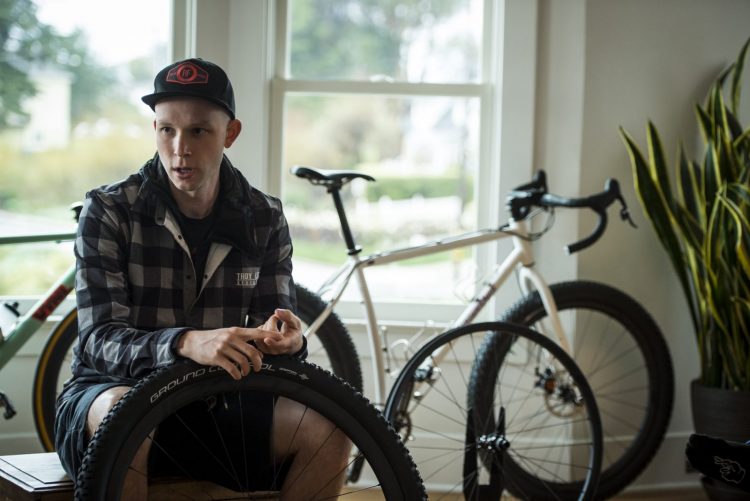 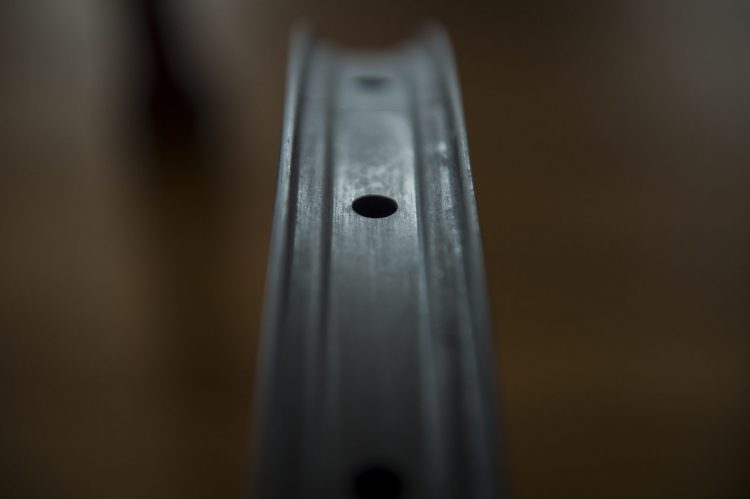 Roval was also the first brand to offer a wheel system with a zero bead hook rim profile. This has gone on to prove much stronger than traditional rims in terms of impact strength. It also sets up easier without tubes and is less apt to burp.

As an overview, Roval for the most part utilize DT Swiss internals in their hubs. This goes well beyond simply their proven engagement system. Axles, bearings and more come from DT-Swiss and go into Roval’s custom hub shells. There is a great deal of value throughout the line.  Their aluminum rim Traverse wheel retails for $600 and comes in at an impressive 1690 grams (650b). At the flagship end, the Traverse Fattie SL comes in at 1530 grams, retails for $1500 and arrives with decals, valves, strips, plugs and every axle cap/driver body combo you can think of. After the specs below we’ll get to the ride. 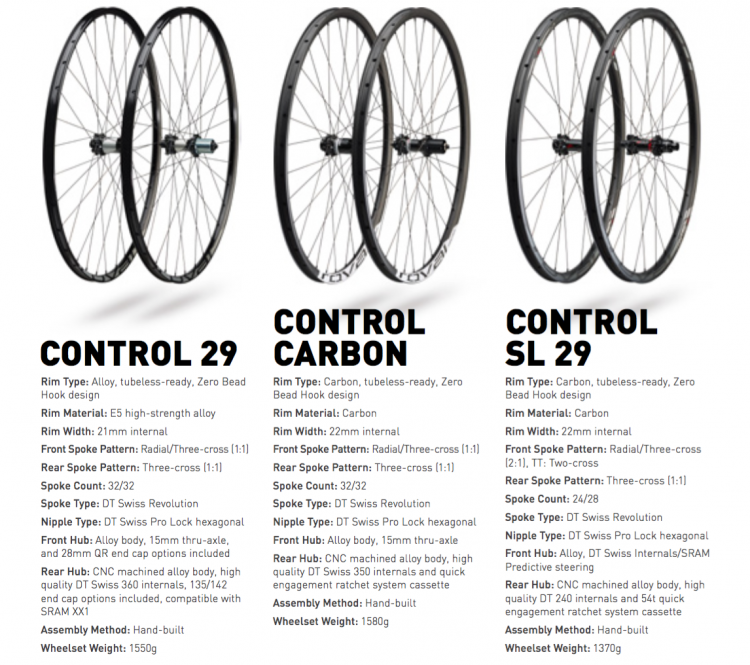 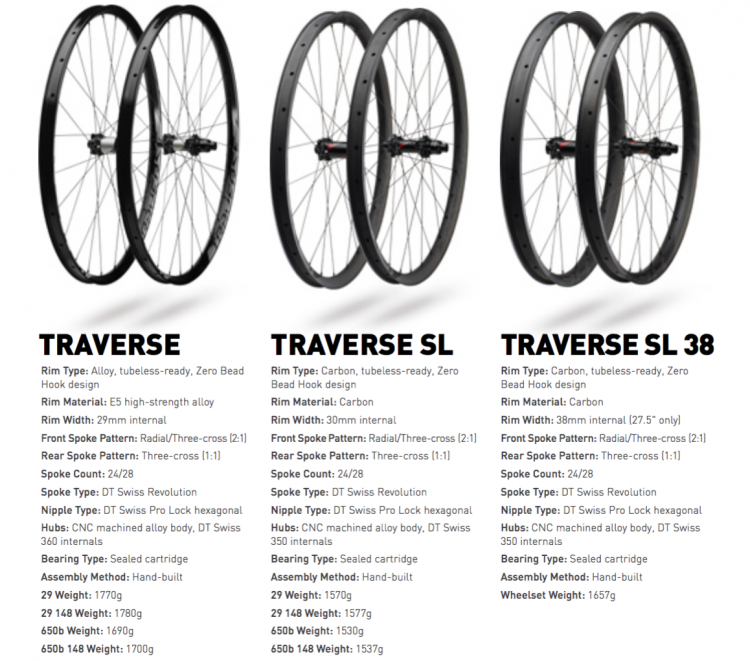 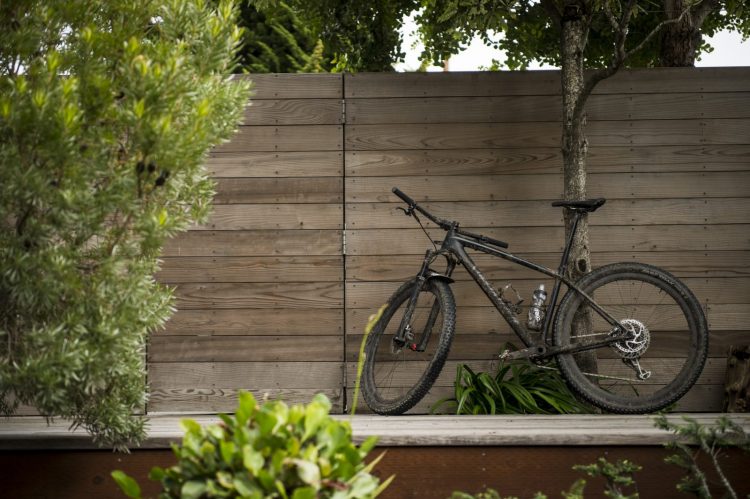 We headed out to some local trails aboard an Epic hardtail. Part way through we swapped wheels from the lighter duty to heavier duty…We’ve already spent a great deal of time aboard the standard Traverse Fattie SL and for a 29″ XC hardtail, they’re admittedly a bit overkill but they served the purpose in making some comparisons between wheels. 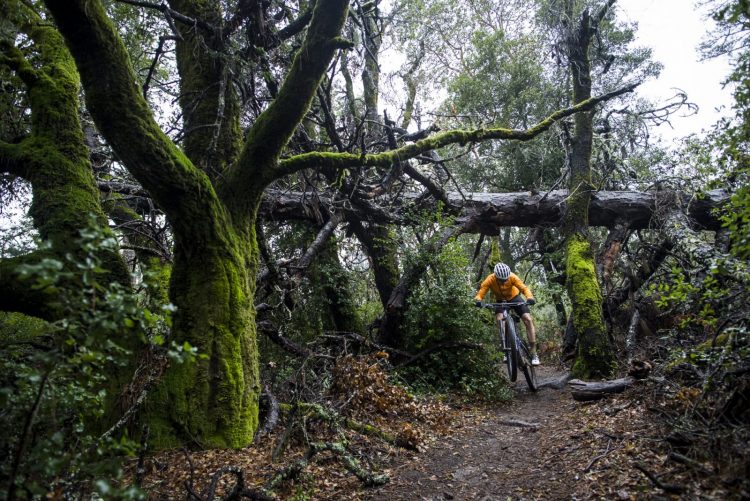 Our editor was actually shooting photos for the camp so the riding photos here feature Specialized’s resident ripper Sean Estes. 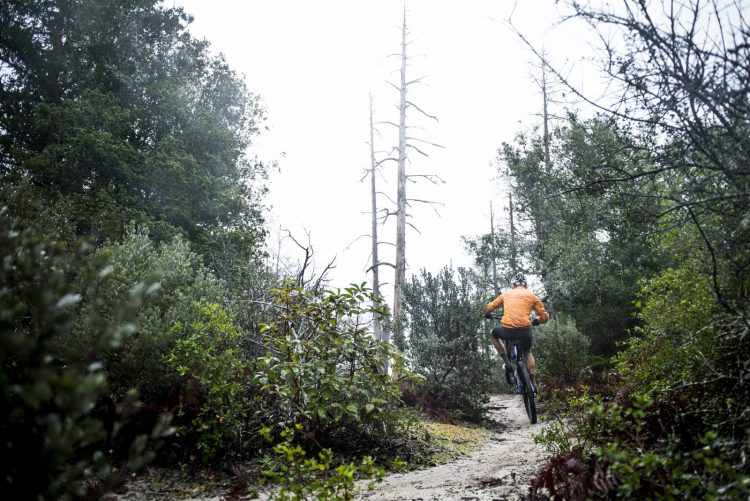 At the time it was raining in Santa Cruz so we rode at a trail network that was mainly sandy, that way it drained nicely. The majority of the riding in Santa Cruz is comprised of duffy loam and black clay which gets beat up pretty easily; so it’s frowned upon to ride in those spots when the weather is bad. Anyhow, we got to it  in a spot that was perfect for the bikes we were riding. 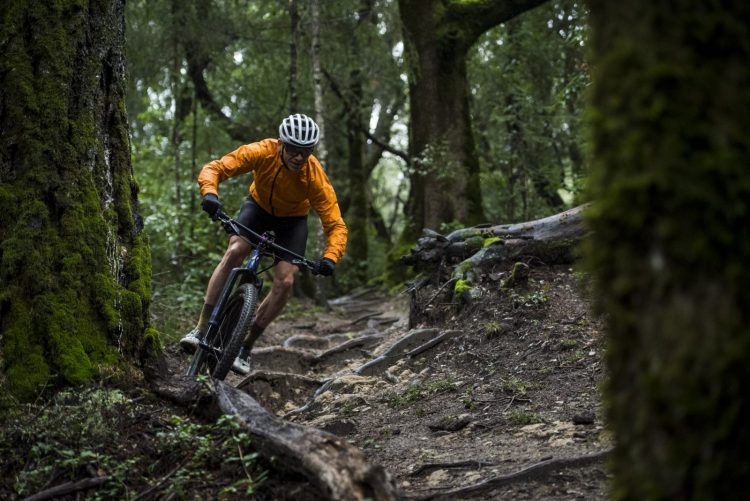 Although the terrain wasn’t too steep, we did find the occasional section littered with roots of an off beat turn. 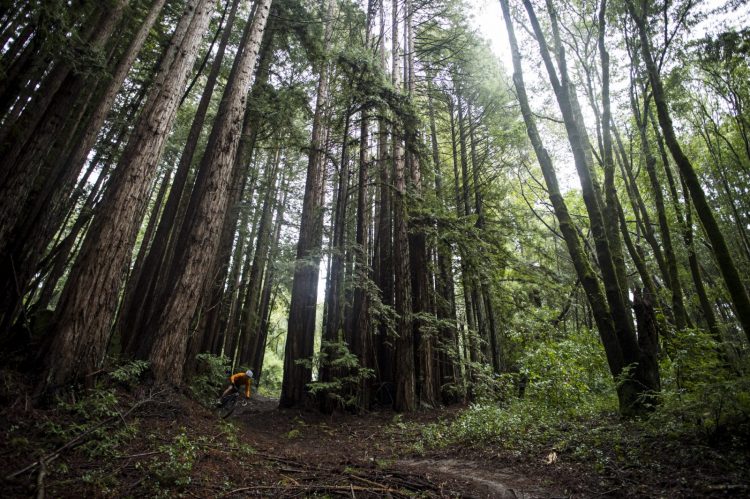 In the company of giants…Santa Cruz is unique with its incredible mix of vegetation but it’s most notoriously known for its Redwoods. We eventually found ourselves amongst them and faced with a bit of a slow climb out. Time for a wheel swap and a second lap… 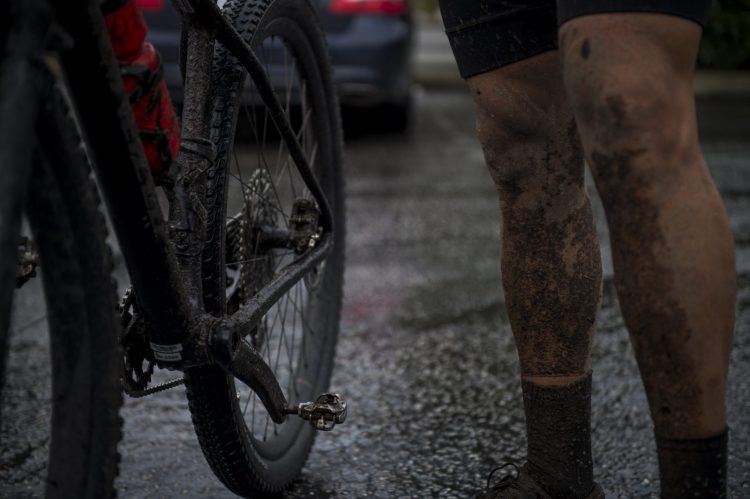 At the moment we can’t divulge any information about the second set of wheels that we rode. What we can say is that all of the info will be available in about 2 weeks and that our first impressions were very good. 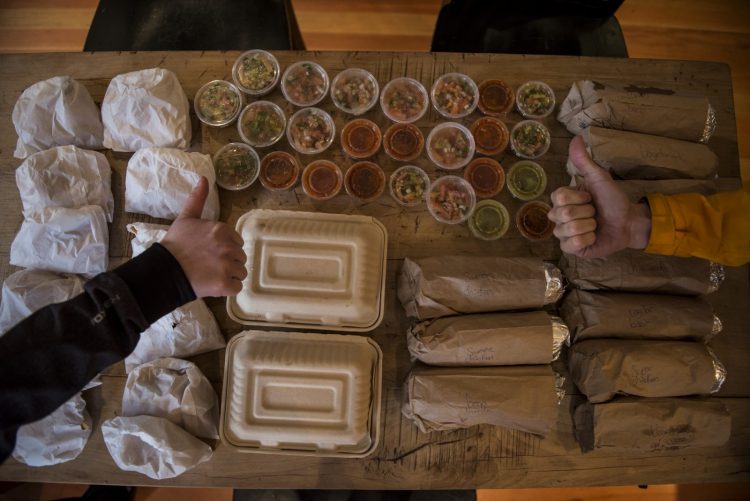 Cali-Mex is a great way to end a ride. Beers aren’t bad either. 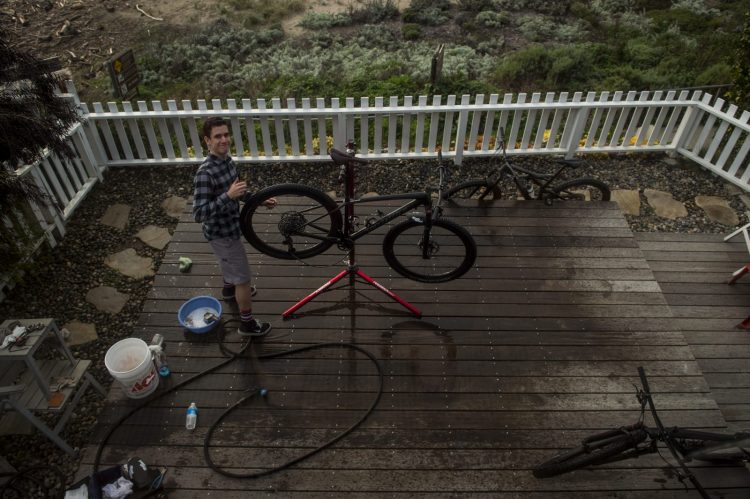 Ben the grom dialing our bikes in after a muddy day. Thanks! 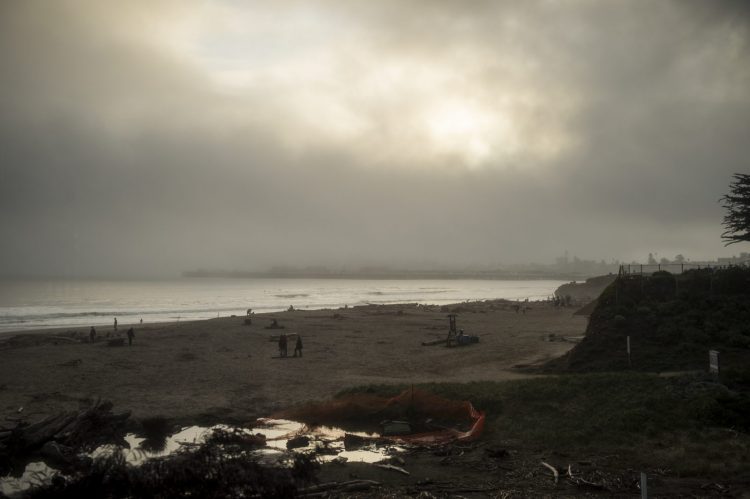 Signing off from moody Santa Cruz county at Seabright Beach. Check back in on February 20th for more information about something new from Roval. In the meantime, check out their website at: