The day right after the EWS finals in Finale Ligure we were invited by Lapierre to test ride their new Spicy Team together with legend Nico Vouilloz, who finished third on this very same bike. The Spicy has been completely revamped for 2016, so lots of big changes have been made to the 2015 frame we reviewed in our big enduro comparative test. 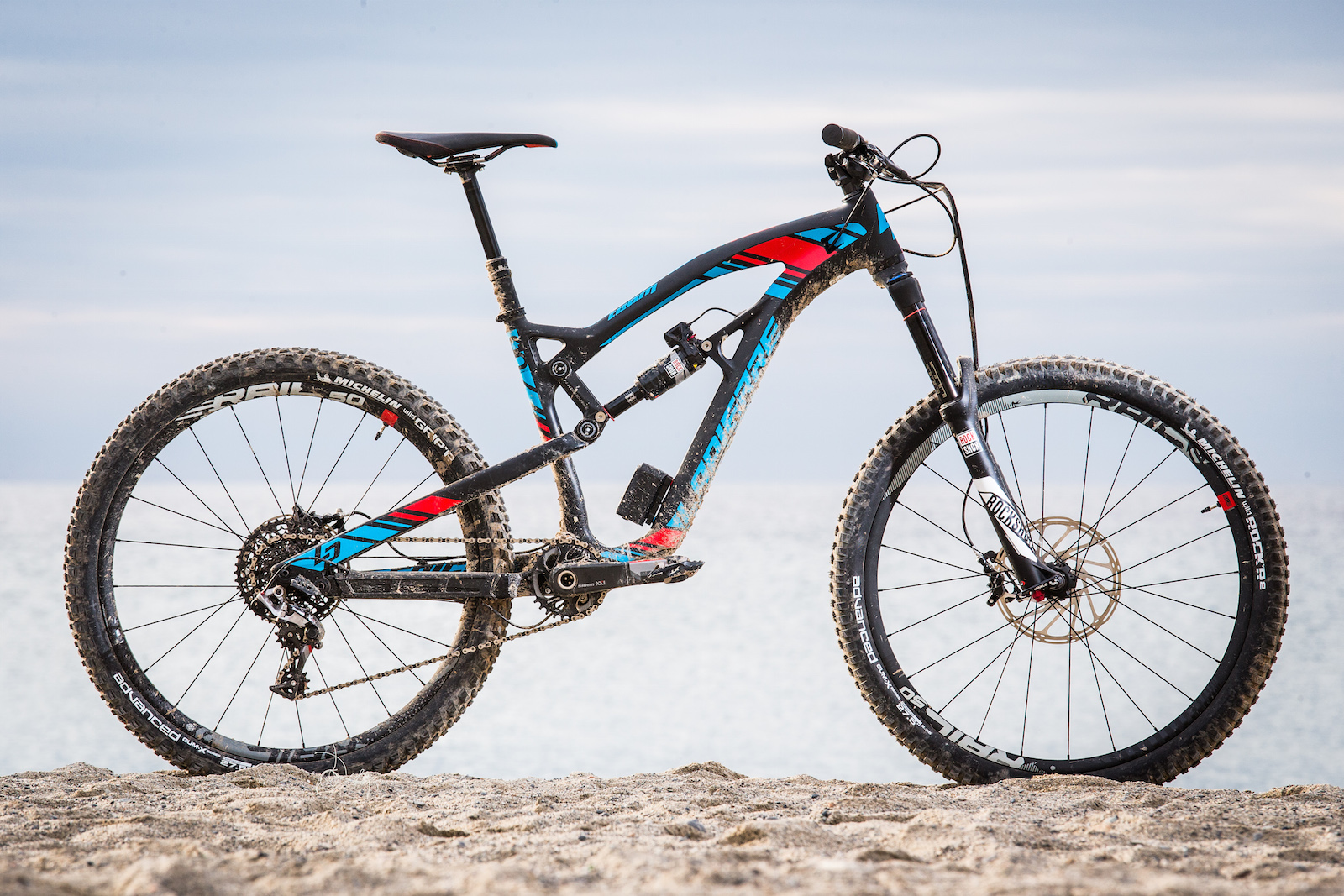 The frame has a carbon front triangle and alloy chainstays. The Lapierre engineers didn’t have a super light carbon frame in mind, but rather a durable and high performing one. The complete bike that we have been riding weights in at 13.5kg.

The geometry has been changed: the rider position has been pushed forward. Though the virtual top tube has the same length as the 2015 one, the reach is greater (16-20mm depending on the size), while the chainstays and the BB height stay the same. The head tube angle is 0.7° slacker, and now it’s a solid 66°, while the seat angle is now 1.5° more upright putting it at 75º.

The goal was to have more travel: the 2016 frame has 165mm rear travel, the OST+ linkage has been moved to change the compression curve. Nico told us to set up a generous amount of sag in order to utilize the suspension properly. All the pivots are bigger, to make the frame stiffer. 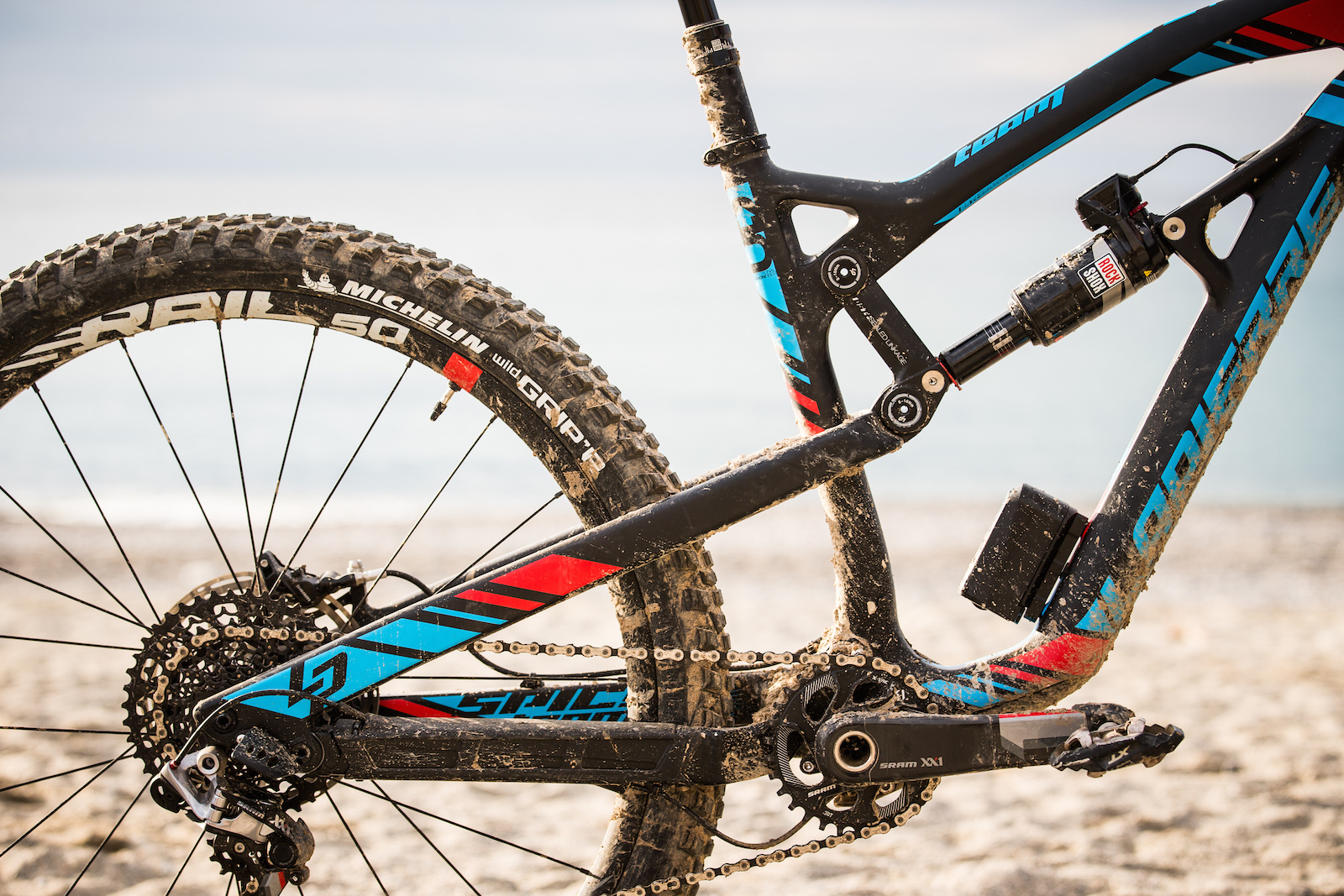 The Spicy Team we rode had the electronic RockShox e:i Shock suspension, that basically adapts its behaviour based on the input coming from sensors on the fork and on the bottom bracket: it changes automatically between the three open-mid-firm compression settings. 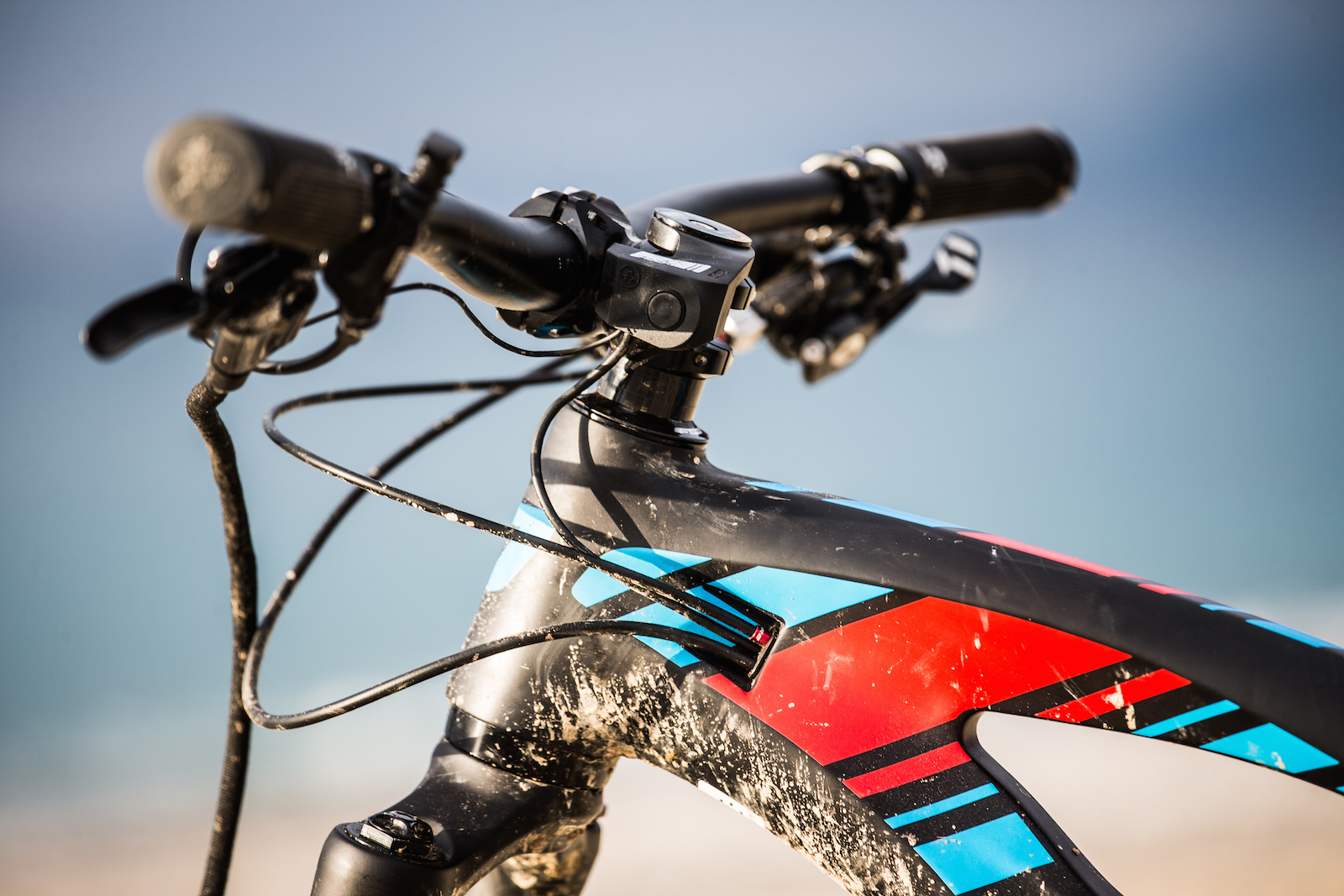 The e:i Shock system now has a bigger battery, mounted on the water bottle cage bolts. On the frames without e:i Shock this place stays free for the cage itself. 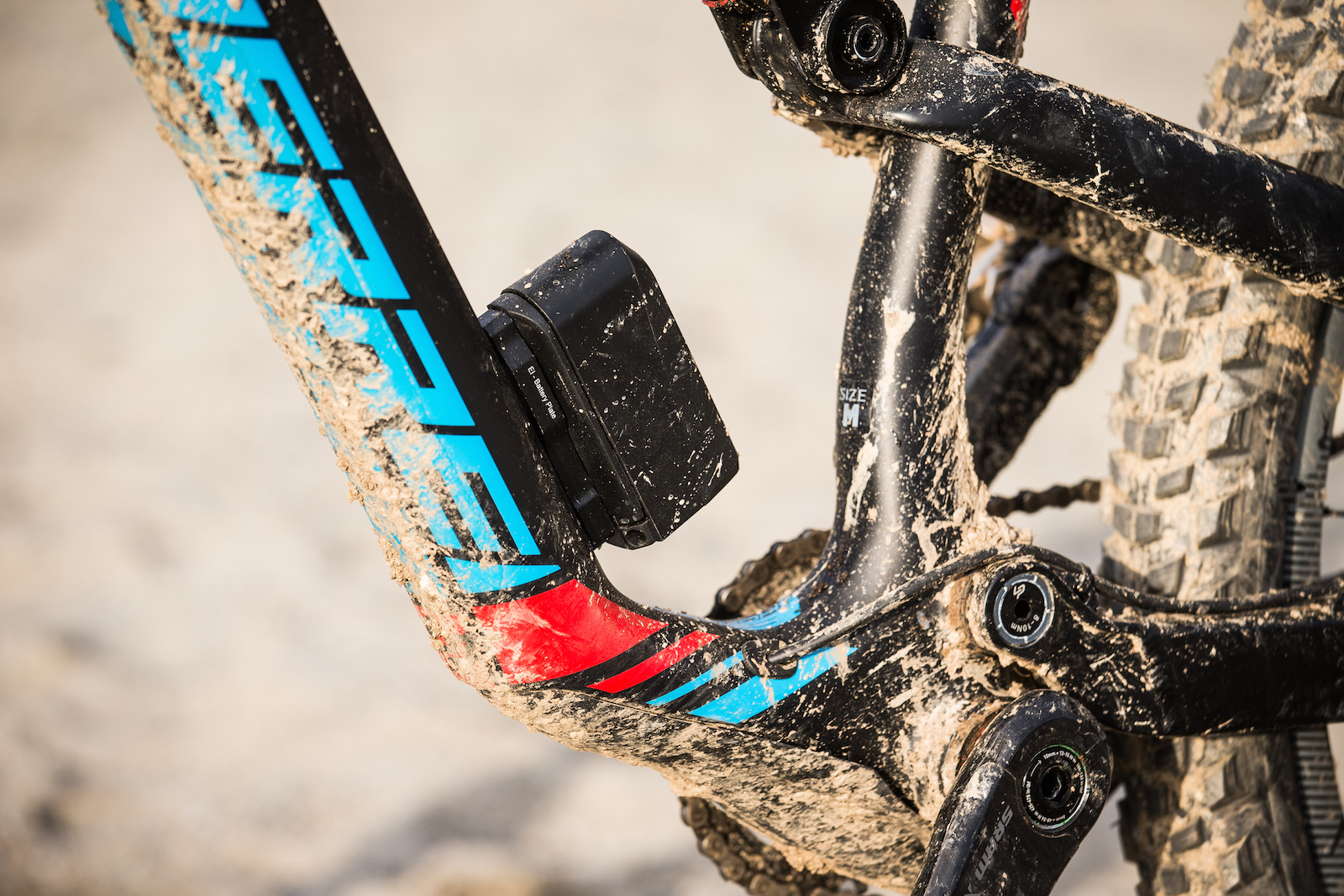 The main e:i Shock unit has been redesigned to fit the new 45mm stem (Nico Vouilloz Signature), 15mm shorter than the 2015. The electronic inside is the same. 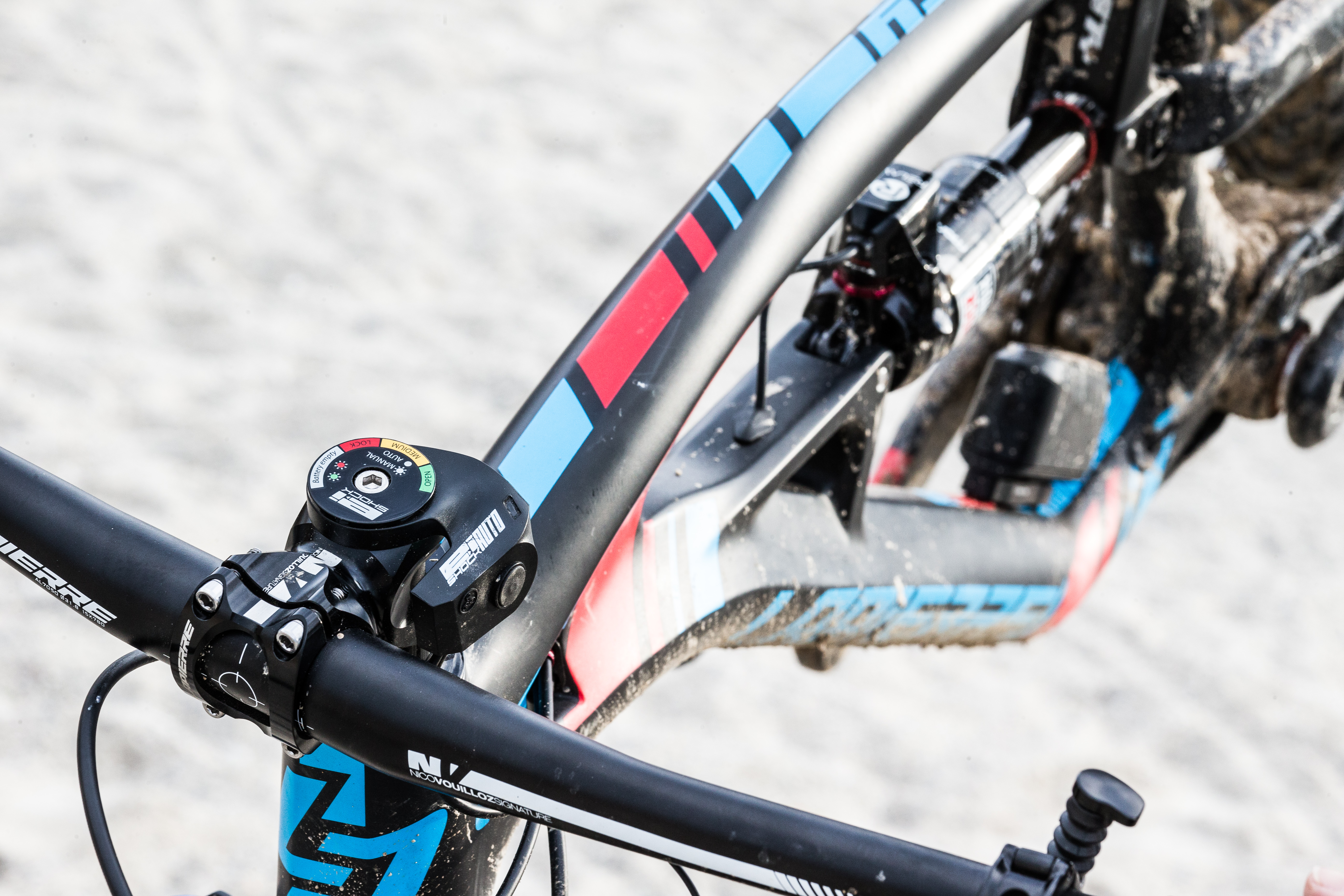 The rear triangle is 10mm wider for more tire clearance and the brake caliper mount is now back on the upper chainstay, solving the problem where some riders (included some of our testers) had been hitting the chainstay with their feet in the past. 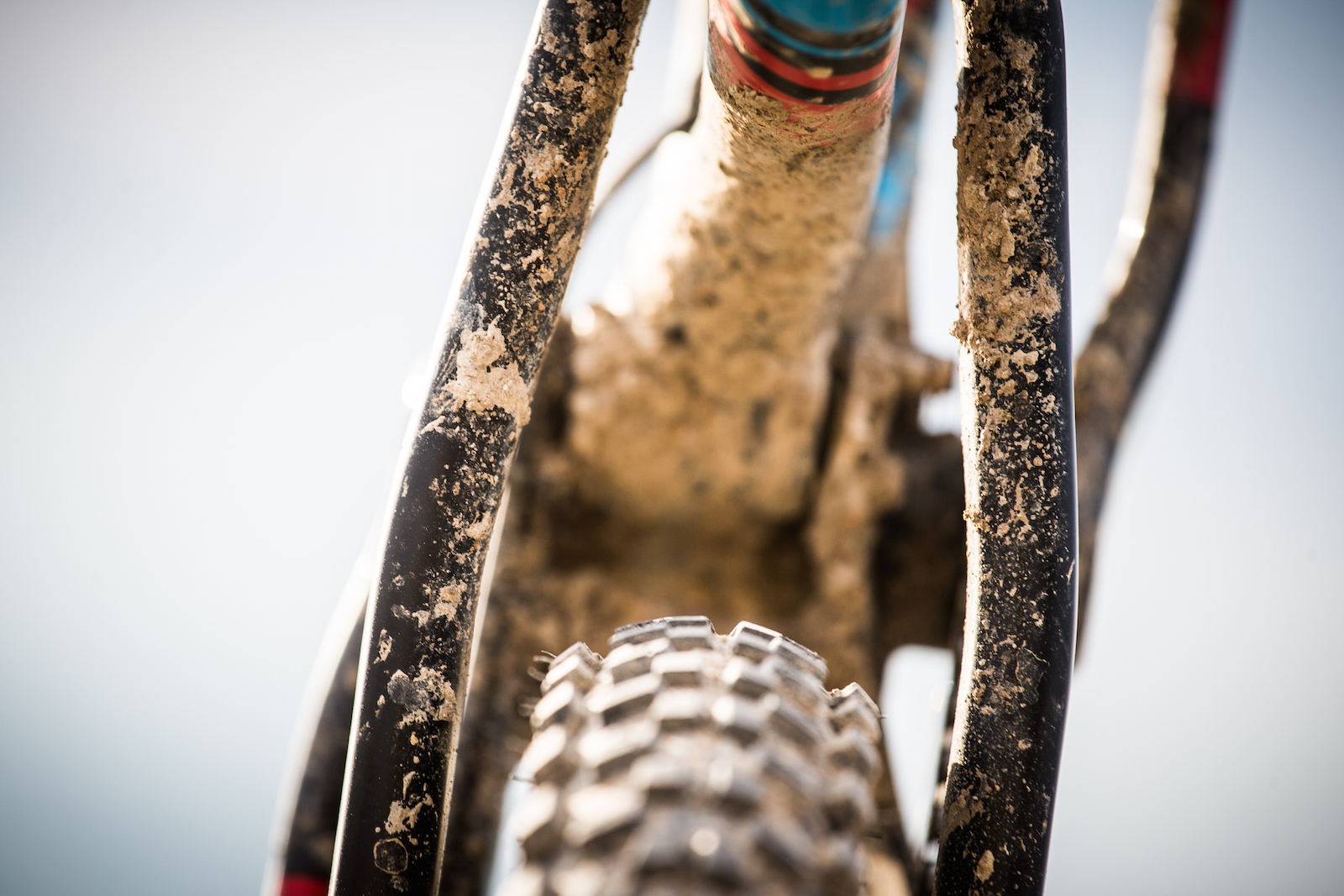 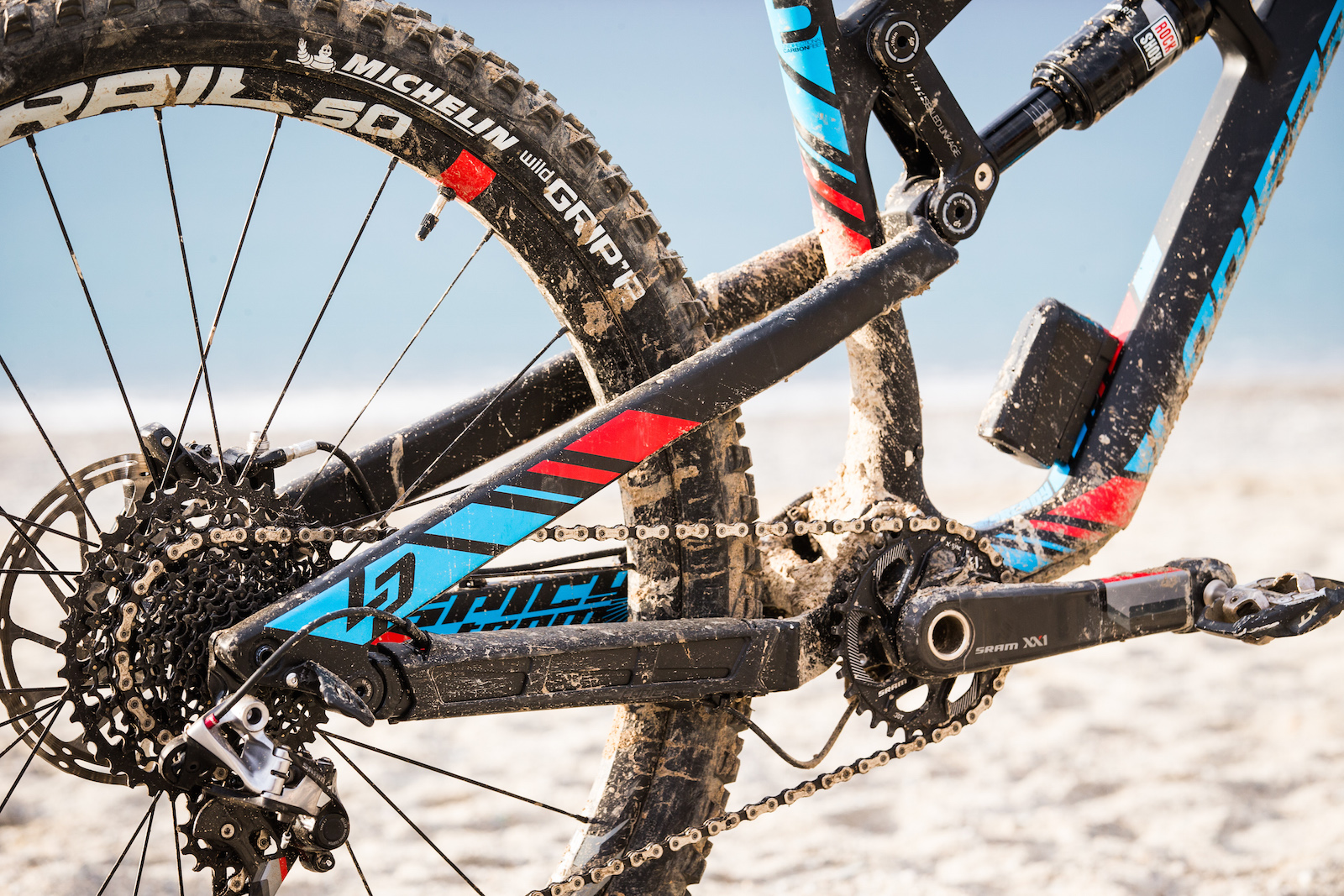 In Finale we basically used a shuttle to reach the trails, but some of them had some proper uphills where we could evaluate the Spicy’s climbing performance. First of all, the e:i Shock goes automatically into the firm position if the uphill isn’t technical, nicely transmitting the power we put into the pedals directly into the ground. A more forward seated position eases the steering on steep climbs, but at the same time the rear tends to lose traction. Not putting the weight too far forward does the trick, and we got used to this quickly. 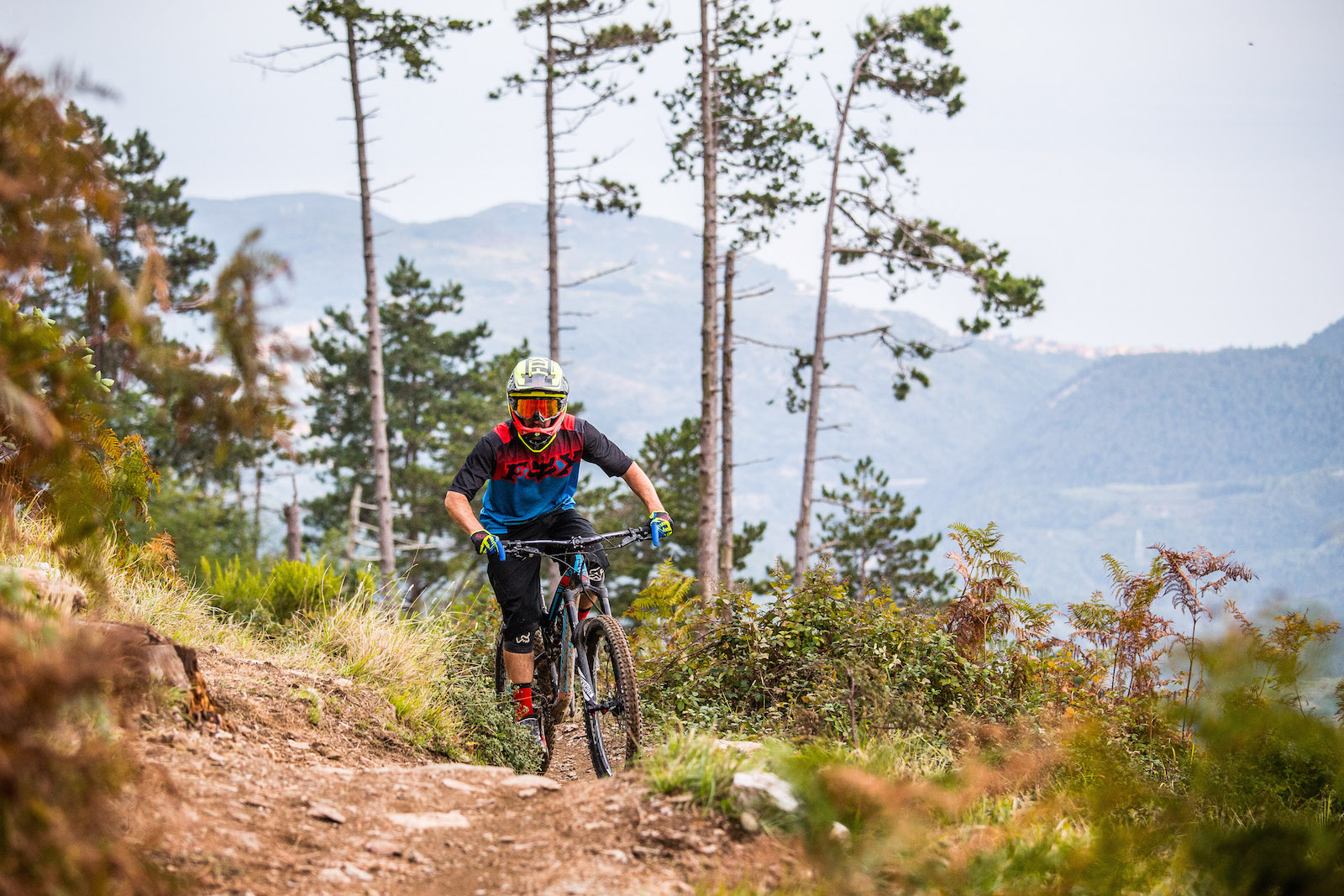 During the first descent we noticed that the pivots had been overtightened, and that we lost a lot of suspension sensitivity because of that. The problem comes from the teflon washers that cover the bearings: if the bolts are too tight, the friction will be too much. Problem solved simply loosing the bolts with a multitool.

The bike is extremely aggressive on fast and technical downhills. The rear suspension is well sustained on the mid stroke, lively and progressive, with an excellent small bumps sensitivity and it’s easy to use the whole travel. This behaviour pairs very well with the fork that we rode with 2 Tokens and 4/5 compression clicks. 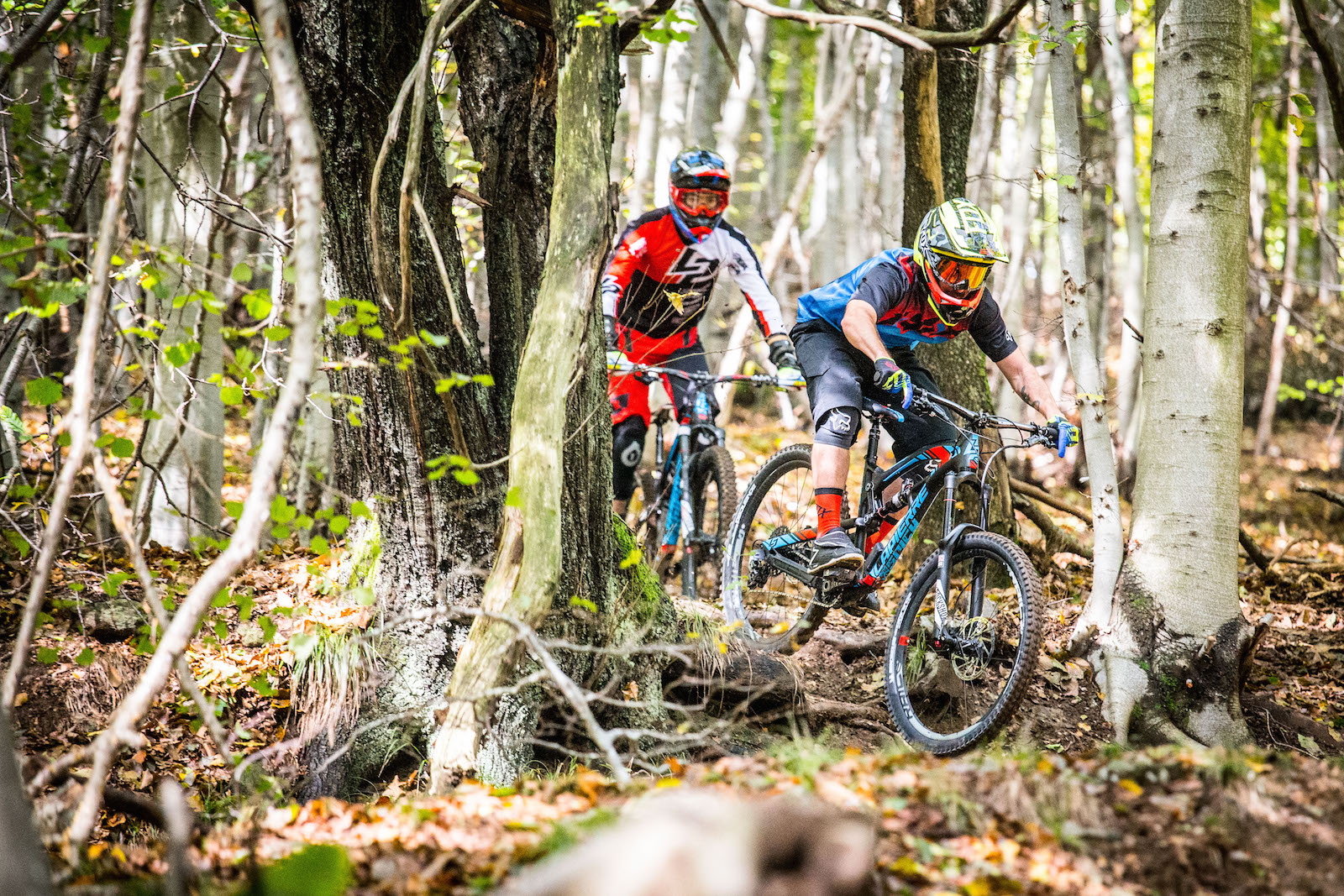 The rear triangle is very rigid and it shows in the corners. The whole frame is robust and precise, easy to manouver at speed. 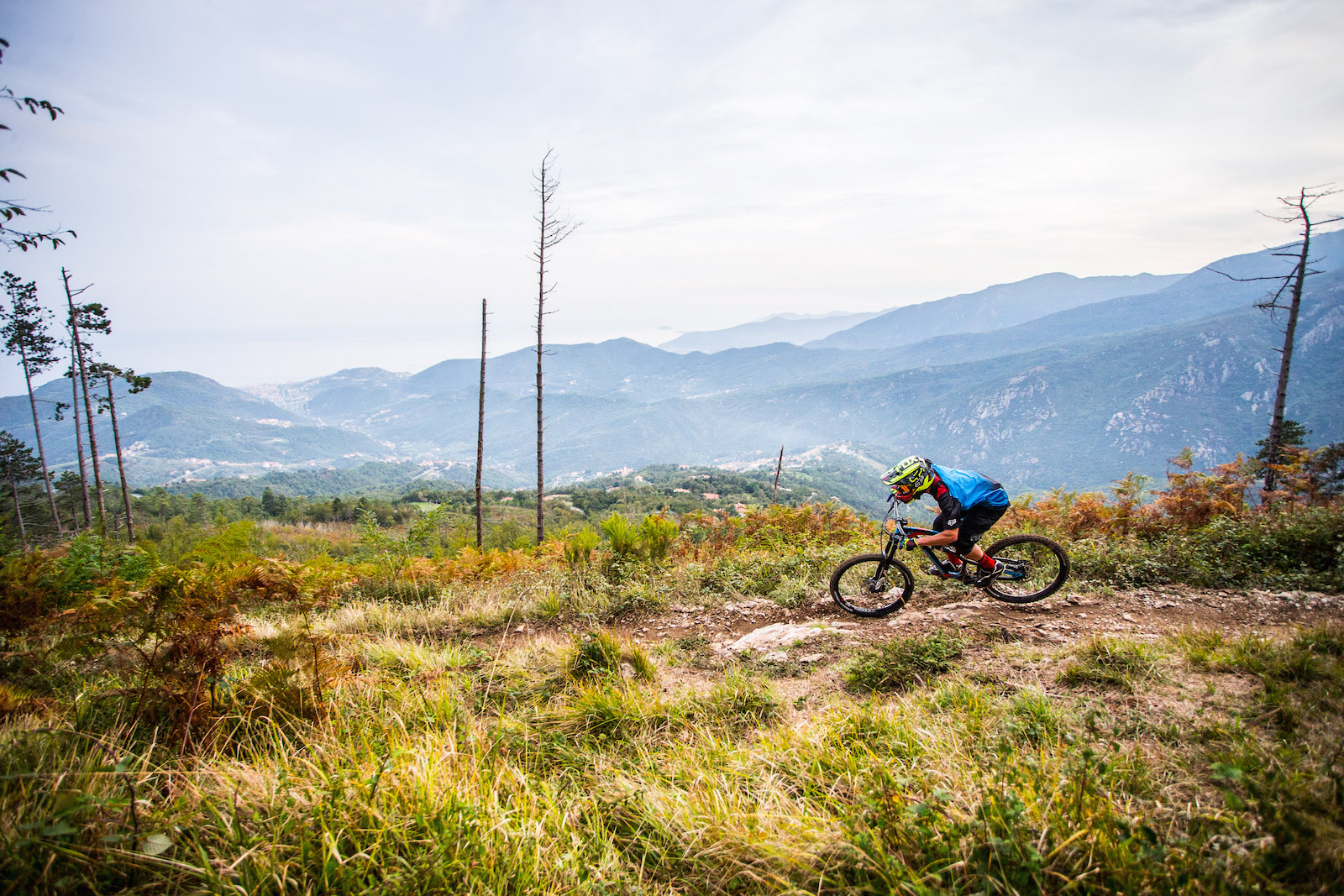 The new geometry improved the race feeling of this bike, giving it a more aggressive and performance oriented character. It’s still agile and well balanced, but what we liked the most was easy it was to push down and weight the front wheel when cornering and looking for grip, both on high speed and slow/technical trails. 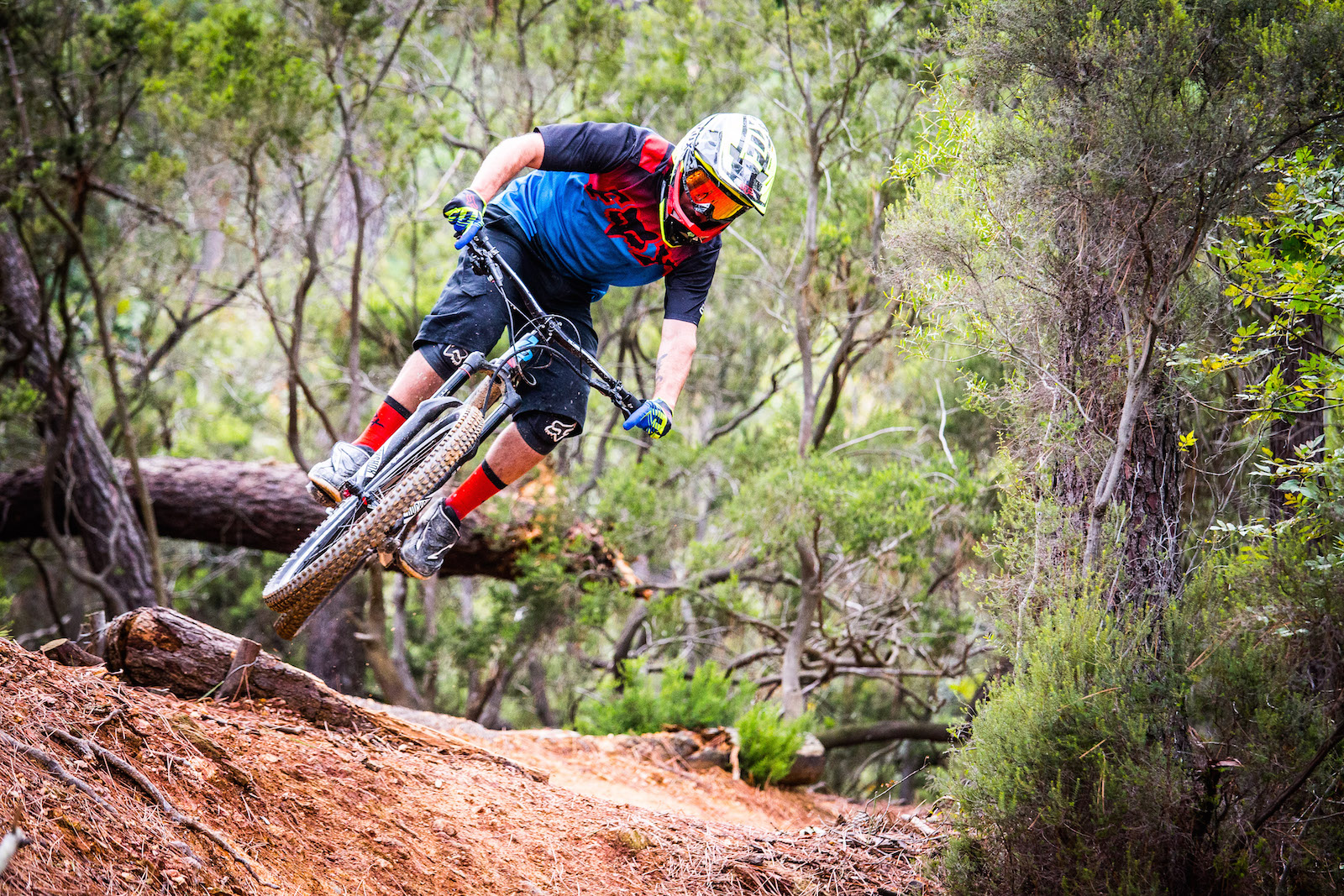 Even when the rear tire started to drift away (some of the trails were pretty muddy), it was easy to stick to our line of choice, given the confidence we had in the front end. By the way, the Michelin Rock’r is a great tire, stay tuned for a specific review. On technical trails the new Spicy is very stable, while still being quite reactive and not too boggy. 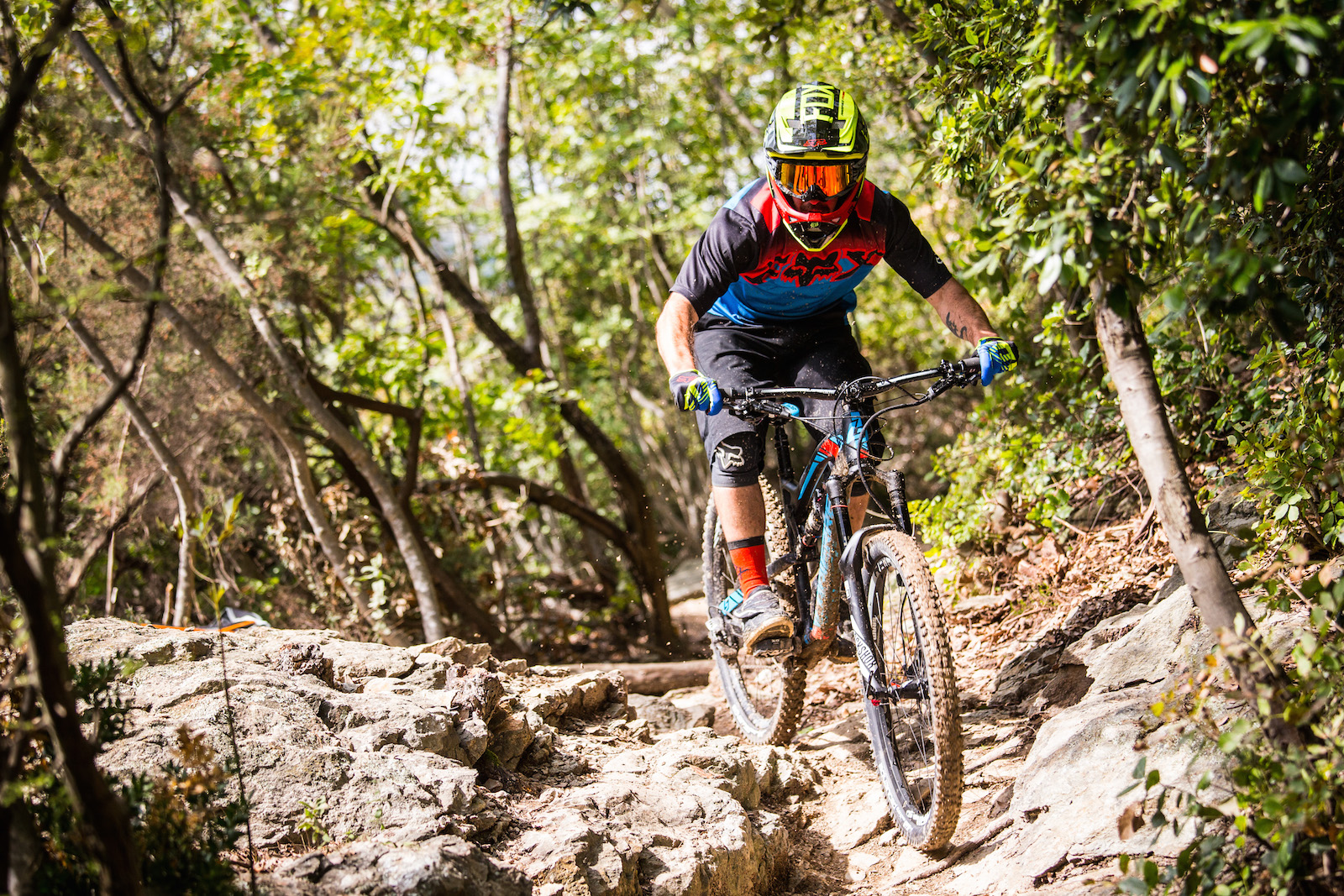 The new Spicy is a race machine, aggressive and fast, but always fun and lively in typical Lapierre tradition. A high performing bike with a modern geometry and suspension. The e:i Shock system takes all the struggle away from fiddling with the suspension while riding.

[Video] A Life Worth Living, Episode 3

Red Bull Rampage – YT To Sponsor For First Time in 2015