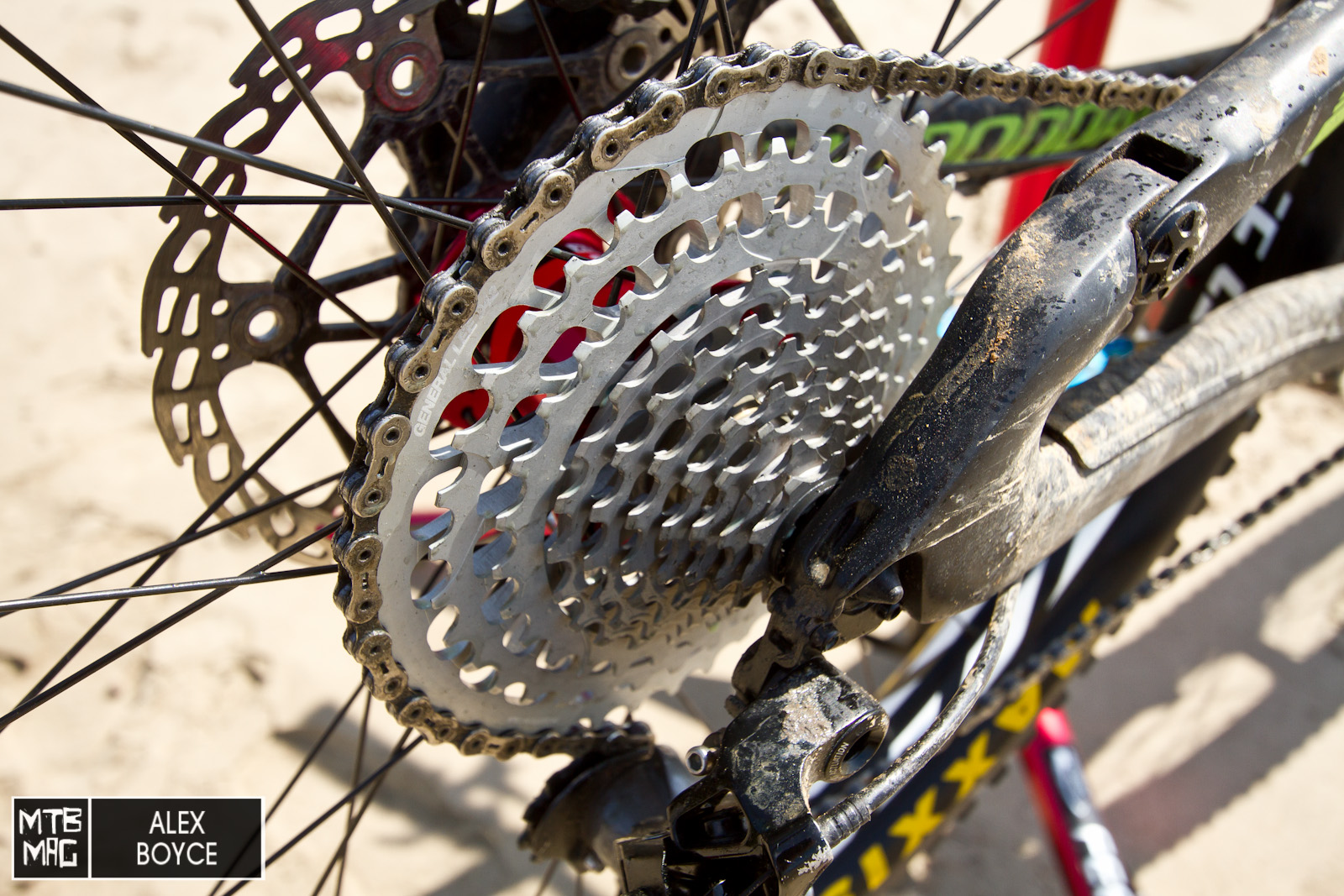 A few weeks back we previewed the Leonardi 9T-42T (1×10) cassette. At that point in time we didn’t have the ability to try it directly. In the last few days we managed to put together a few instances to try it and give some feedback  and our first impressions.

The cassette is machined in 7075 T6 aluminum. It is comprised of two parts mechanically. The upper three rings and the lower seven speeds. Each unit is machined and then joined together in one unit which then screws onto an XD driver body. The gear steps are, 9-11-13-15-18-21-24-29-35-42T and it all weighs in at 258 grams. The retail price is around €300 euros. The cassette is mounted using a standard cassette tool. 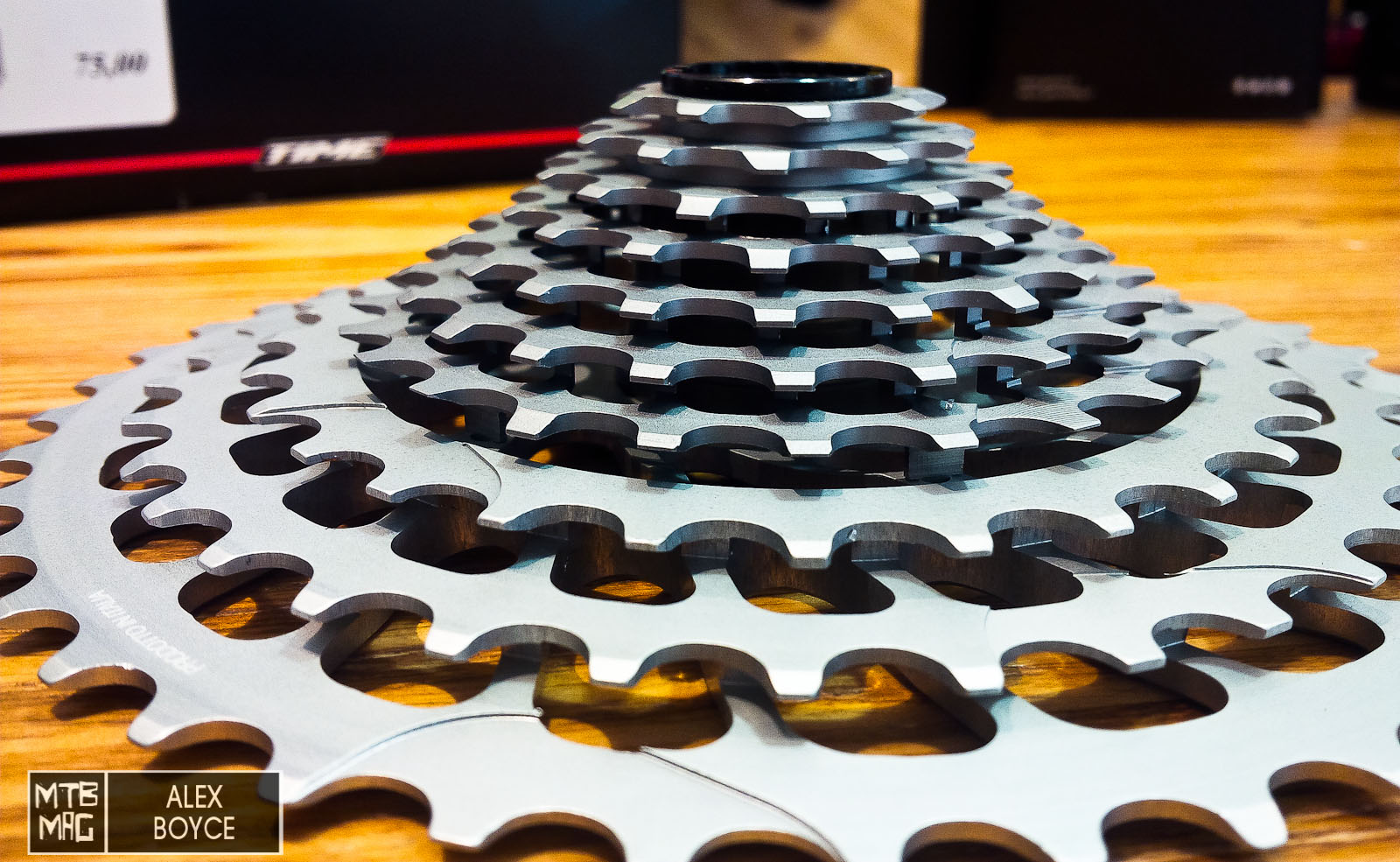 Up close you can see there are 10 gears. 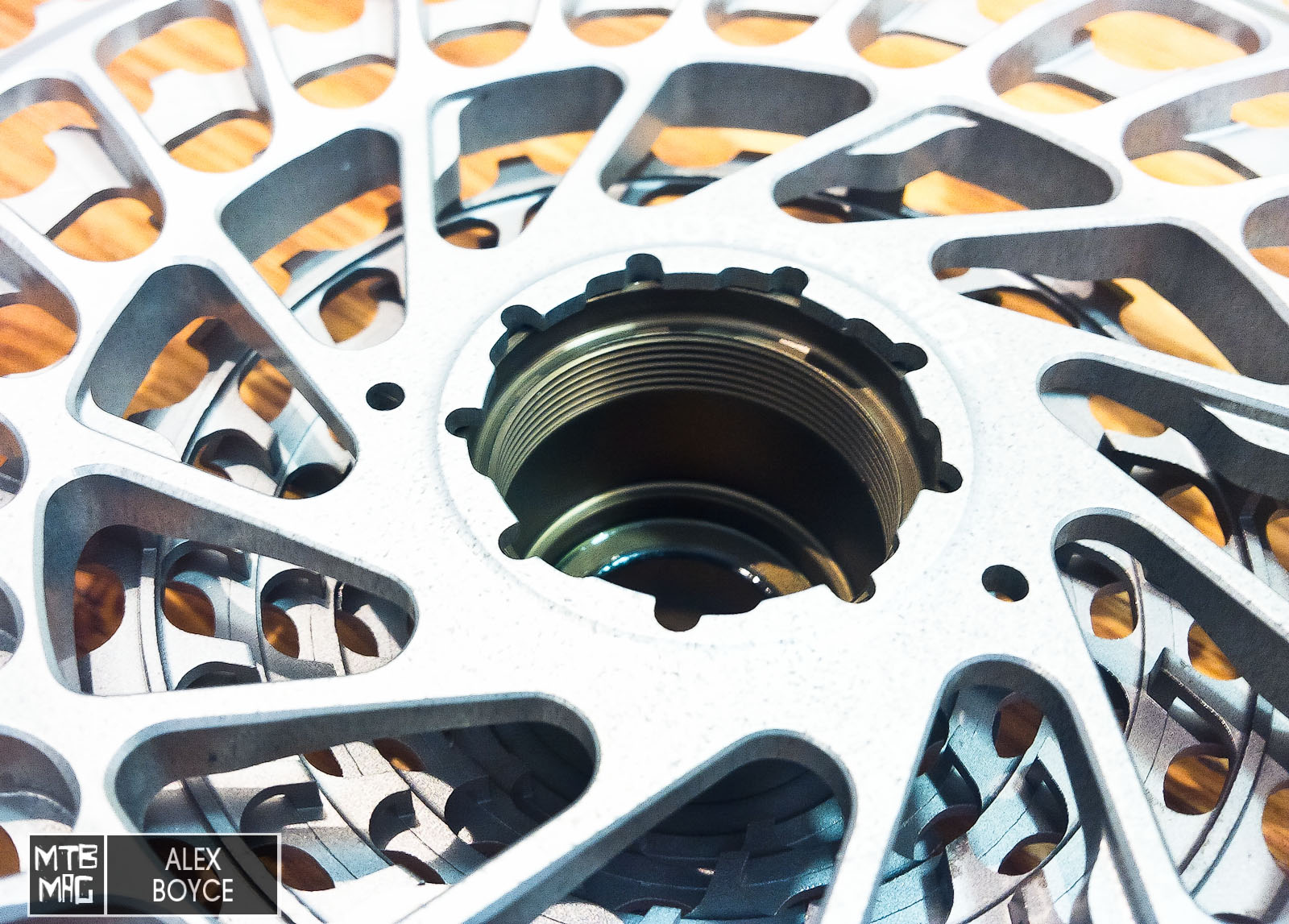 Who Is It For?

This is an interesting question that has been plaguing our minds in trying to work out who wants a 10 speed XD driver 9-42T cassette? Well, looking around it seems that the minimum cost of upgrading to a complete SRAM solution of 1×11 gears, hub etc, is a minimum of €600 euros. This system means you can drop around €370 including an XD driver, which is almost half the cost of the cheapest SRAM components. Used in our riding context of Punta Ala which are XC, Trail and Enduro trails, a cassette like this makes sense. We could spend a lot of time on gear ratio charts but essentially we found in the past with a 32T on the front an 11T on the back it is not a tall enough combination when riding downhill fast. However with the 9T that all changes, you have an extra 20 percent on the gear. Use this calculator to research ratios. 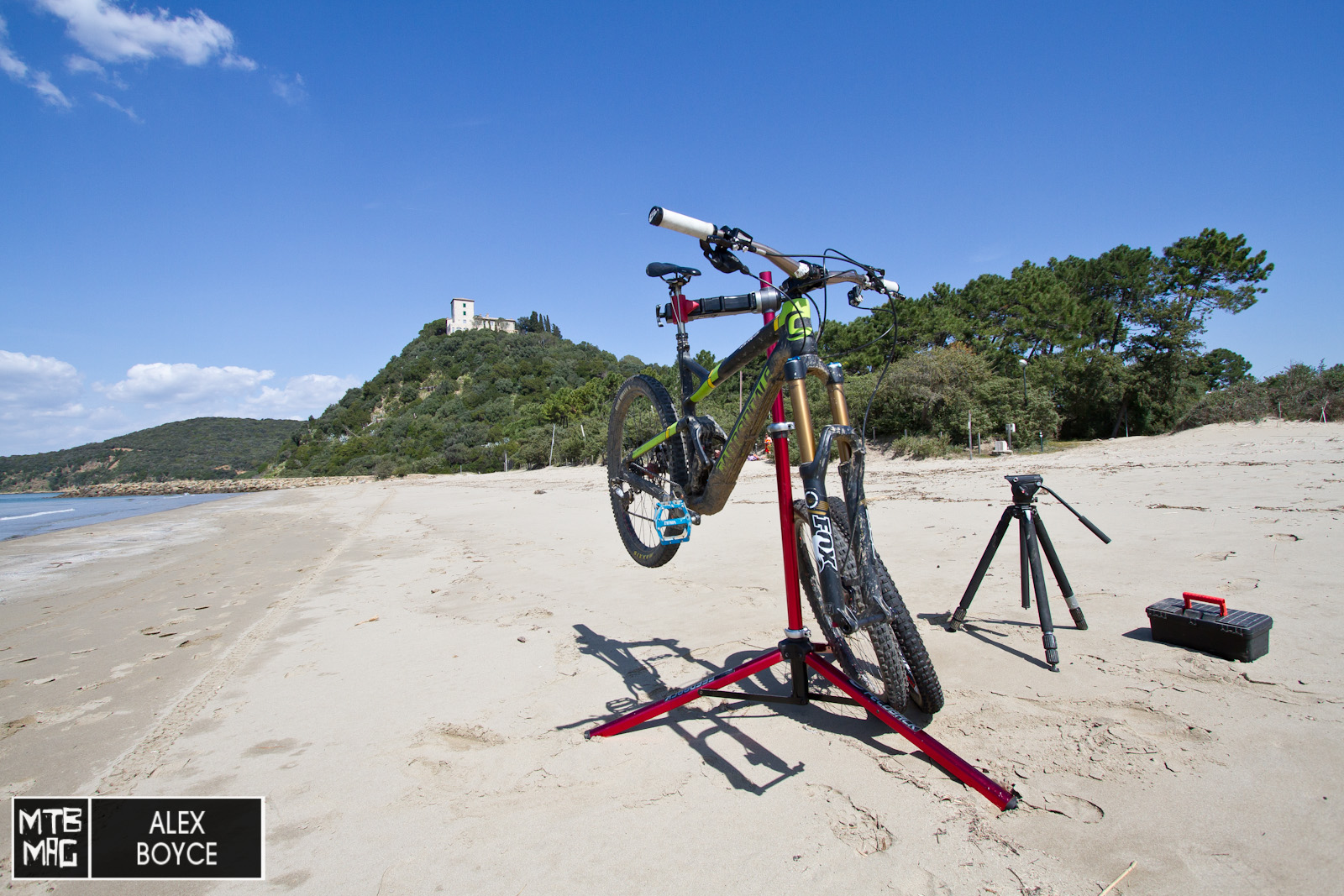 We mounted it at our test location in Punta Ala. 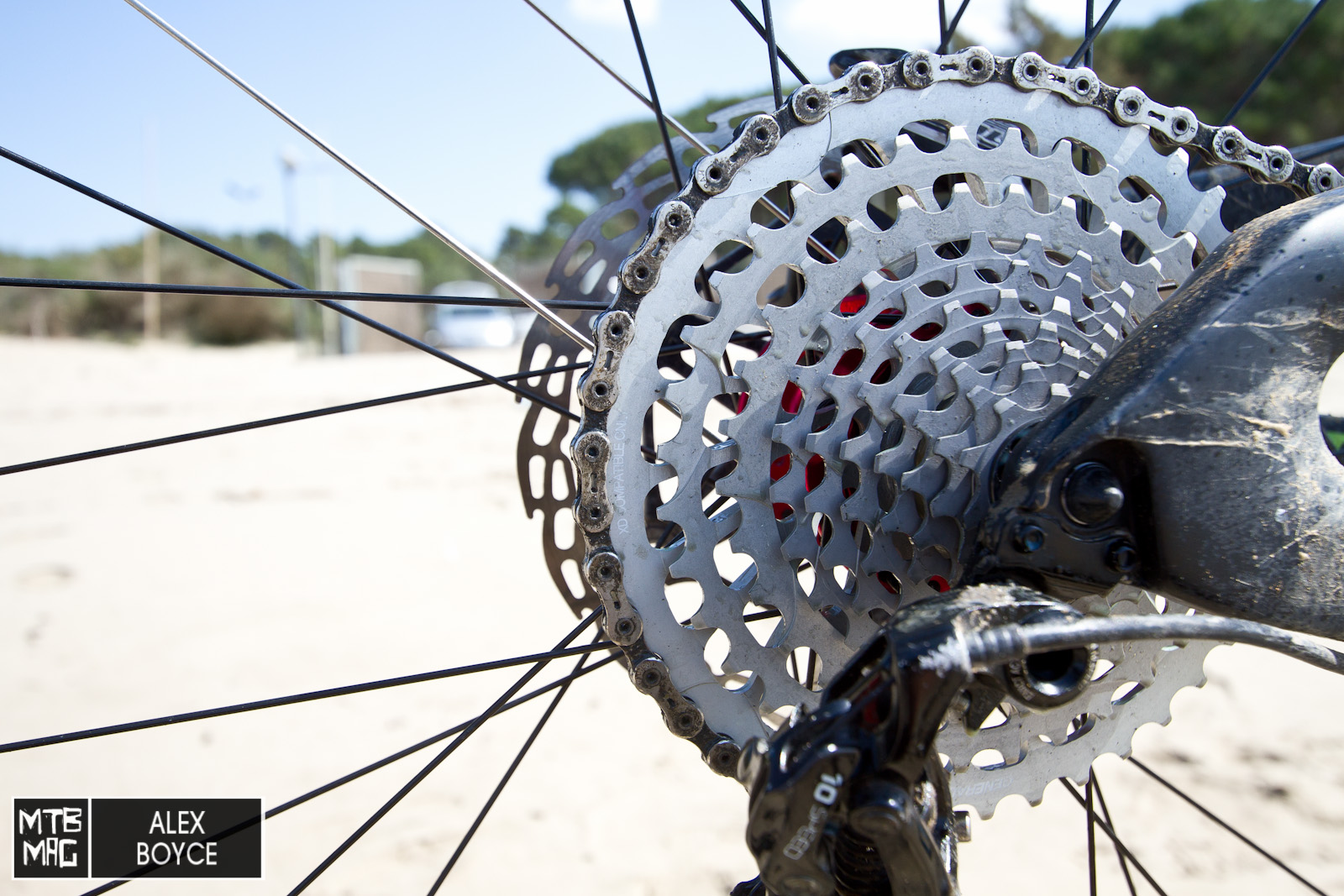 Leonardi have created an interesting part with this 9-42T, here you can see it mounted up close.

On the trail in the real world we found compared to our setup video that we actually had  a slightly bent gear hanger, which we straightened. This instantly improved our gear selection smoothness and we were able to go up and down the block really easily. We rode along trail Number 3 and The Guardian in Punta Ala which are a good mix of all types of trail conditions, including climbs and descents. We found the real world differences between gears actually not too bad, the jump from 42T to 35T was the only gear where we felt the spacing was quite large, in-fact SRAM with their XX1 cassette uses a 42T to 36T as the change. However SRAM only goes as low as 10T not 9T and has 11 gears. There are compromises with the Leonardi 942, but it seems that they have done their best to minimize surprises. Essentially our rolling climbs and descents were actually better with this setup than with the modified 11T-42T 10 speed cassette we were using before with a One Up ring. When we needed to bang through the gears down the block as we hit a descent, we felt the 9T was ideal and it’s function when pedalling was as smooth and normal as a 10T on a SRAM with a 32T front ring. It gave us the magic top speed push on the trail that we had been missing with an 11T top gear.

Under load the system changed well with our X9 derailleur, in all honesty not as dead smooth as a stock SRAM 11T-36T cassette, but pretty close. We didn’t experience any jumping or missed shifts in our time on the bike. We found the more we rode though that this is a special system that does need some understanding of correct setup and adjustment, set it wrong and it wont be smooth. Bagnoli Bike who advised us on the setup procedure has recommended that it is better to use a fresh chain and correct chain length and also the B-tension screw needs to be precise for the jockey wheel gap for equal shifting.

We rode in mainly clean conditions and although there is some dust that stuck to our system it all seemed fine in normal dry dirt.
When the going got muddy, we found that the system still worked correctly, but always as with all systems we have tried, clean gears always shift best. When it was muddy there was more chain chatter on the rear cassette. With an aluminum gear system a clean chain and cassette block with correct lubrication will always wear better. Regarding wear,  at this point we can’t comment, as we have not had enough trail time with this modification. 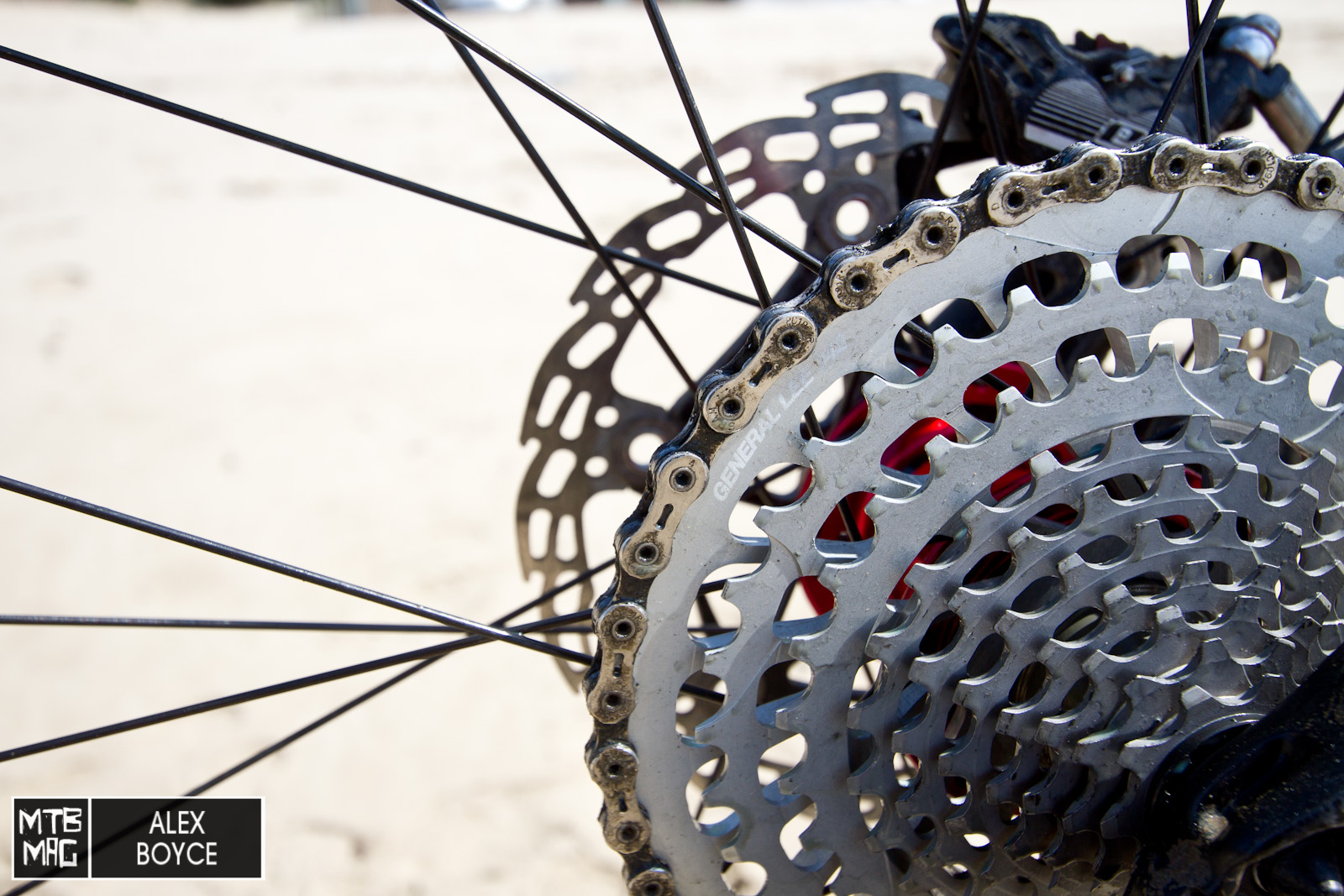 A closer look shows the teeth and ramps angled specifically for the ability to ride up and down the cassette smoothly, the ratios seem to be such that there is a fair distance between gears. Better than just substituting the top gear cog. 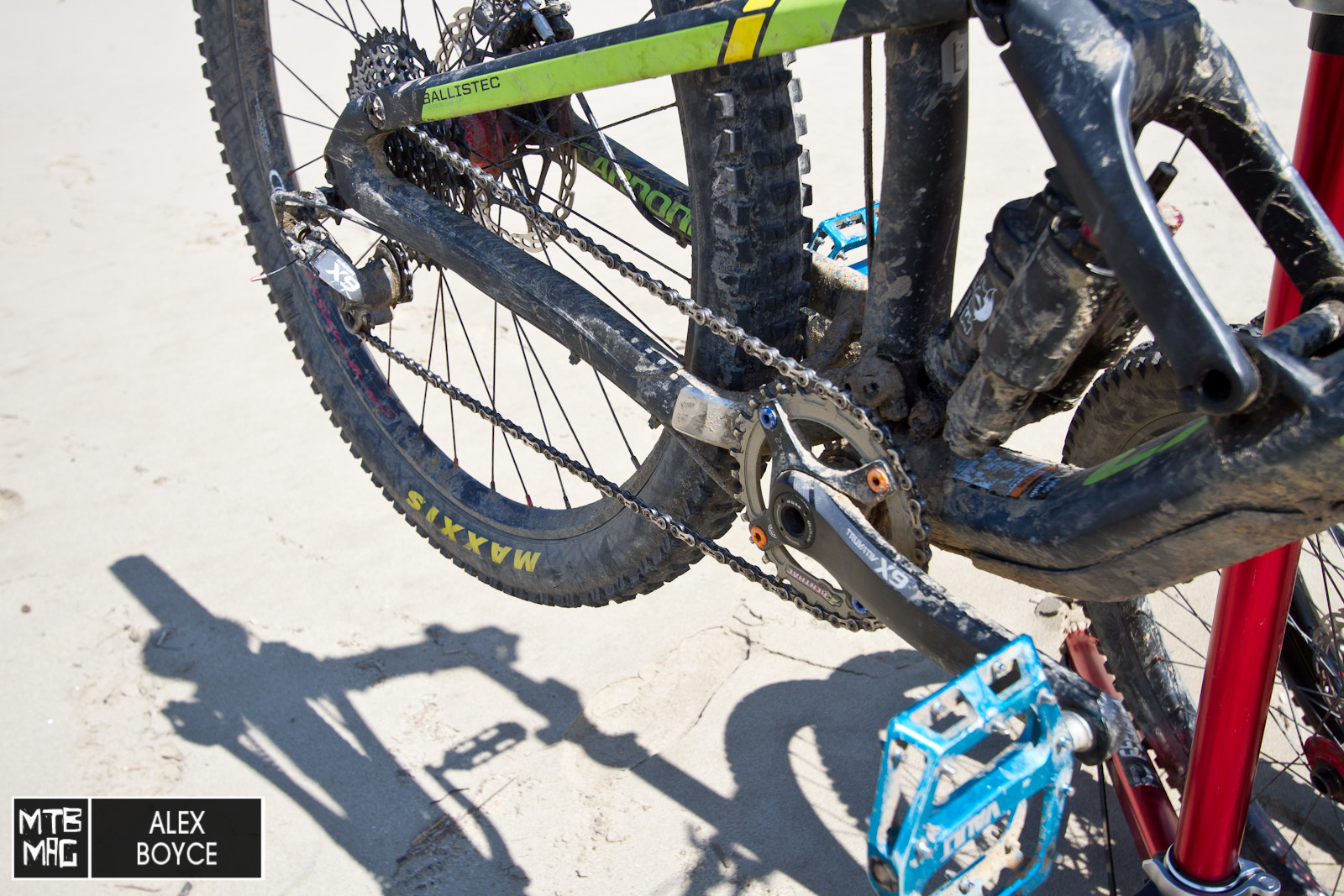 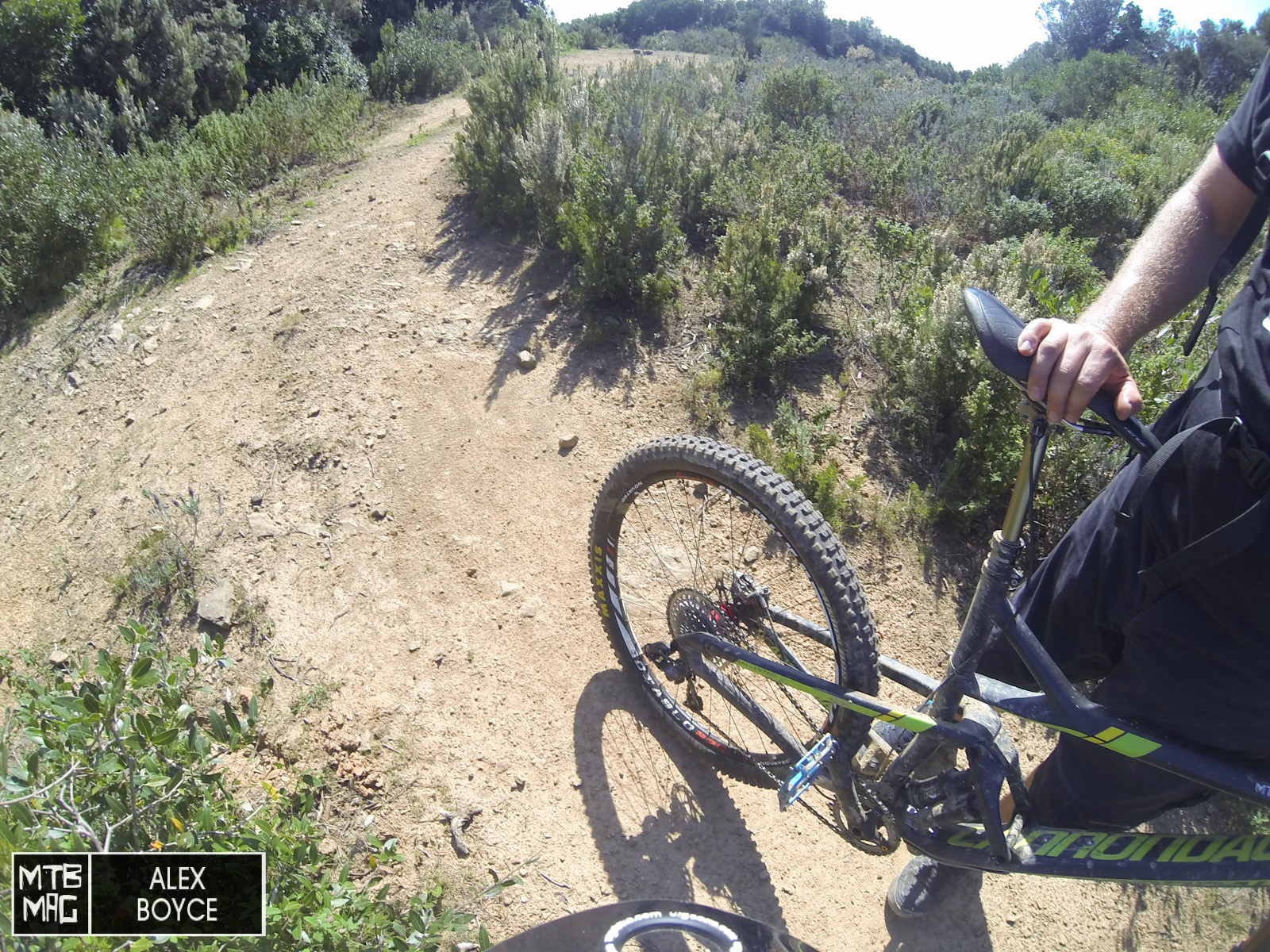 We made it to the top of the trails and down again with no problems.

It is clear considering the time we have spent on the Leonardi 942 General Lee cassette that a wide range cassette for all purpose trail riding is a simple yet effective setup. Ever since the move by SRAM to 1 x 11 across their drive train range, the up take amongst the riding public has been continually increasing. The simplicity of a 1 x system is advantageous in many ways, not least the weight saving due to only one shifter, plus there is less to go wrong, add in better chain management and Enduro/trail riders are adapting to it when they upgrade. There is though one problem, the cost of moving to a 1 x system. Leonardi have been trying before to make cassette component adapters for various systems that allow the move to 1 x at a lower price point, but the blend of an adapter added to part of an original cassette is not as smooth as a one piece specifically made cassette. In fact the jump from fourth to third gear is seamless on the 942 compared to what we have tried in the past.

Looking at basics we can say the 10 speed 42T-9T range is wide, but acceptable.  The cassette works, but we need more time on it for a more in-depth understanding.  It is cheaper than upgrading a complete system. It works well for climbs and descending based on our first experiences of trail riding with this setup.