Trek is just beginning to launch their 2018 mountain bikes. On the top builds, there will be a truly revolutionary new shock: the RE:aktiv Thru Shaft. The Thru Shaft technology, which we will analyze further on, has been developed by Trek together with the two most important MTB suspension producers, Fox and RockShox, taking advantage of Penske’s knowhow, a leading company in similar technology applied in motorsports such as F1, Indy, Lemans and Moto GP. The first attempts to apply this technology in the MTB industry were by Manitou and RockShox between the end of the ‘90s and the beginning of the 2000’s, but only recently Trek rediscovered it, taking advantage of the new modern materials and technical knowhow. 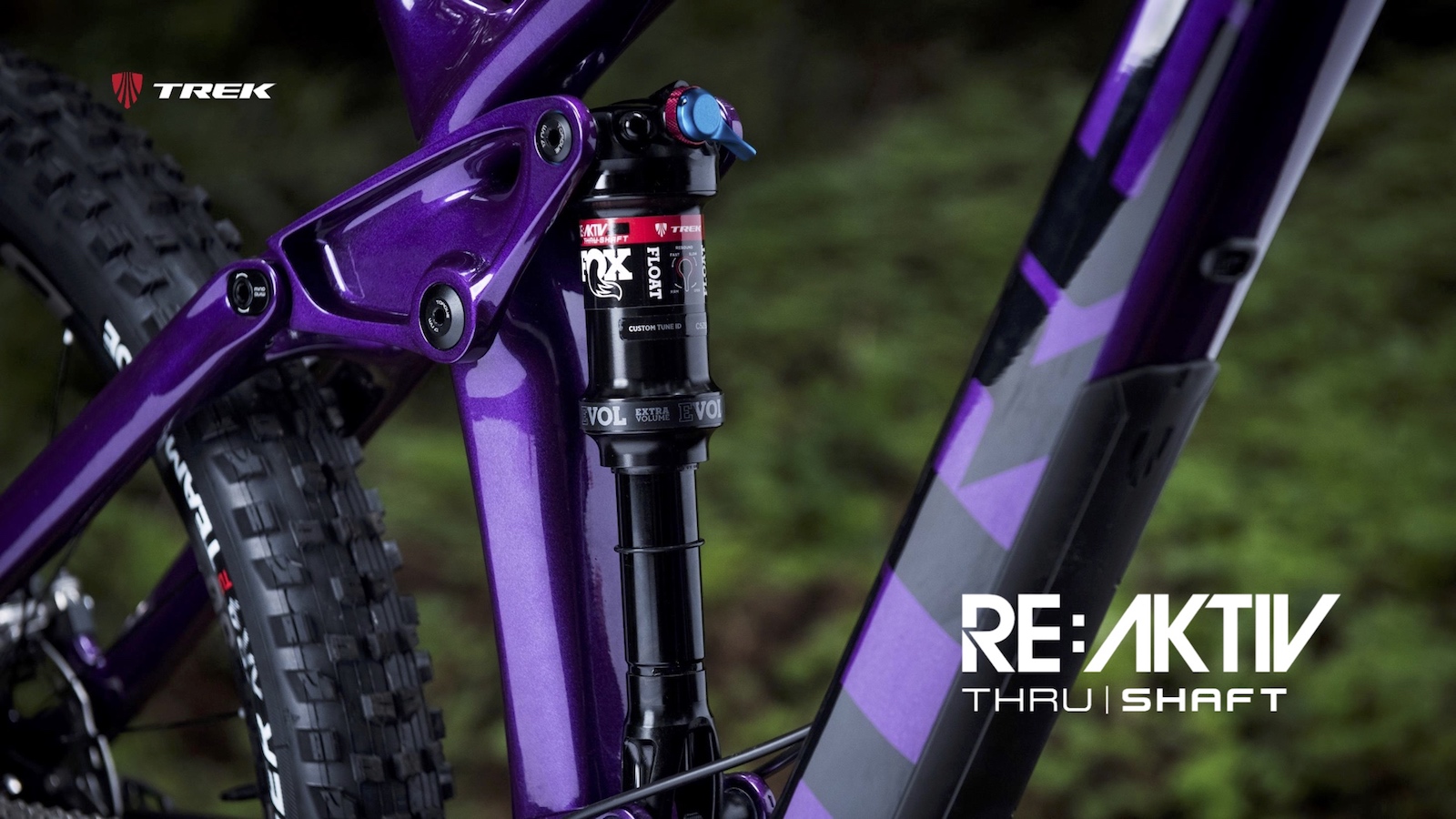 With the Thru Shaft system, Trek’s goal was to build a more responsive shock than currently possible through traditional technology, with more small bump sensitivity, lower operating pressure, less friction and it faster response times. In terms of riding, this translates to a better connection with the ground, more grip and improved traction. Here we analyze the details by which this technology allows for such performance gains.

Thanks to the Thru Shaft technology, the usual IFP (Internal Floating Piston) system gets dismissed, together with its pressured gas chamber and related seals. The Thru Shaft substantially reduces the oil displacement, with less overheating and hysteresis problems. Furthermore, reducing the friction, the behavior gets smoother with seals working at lower pressures. 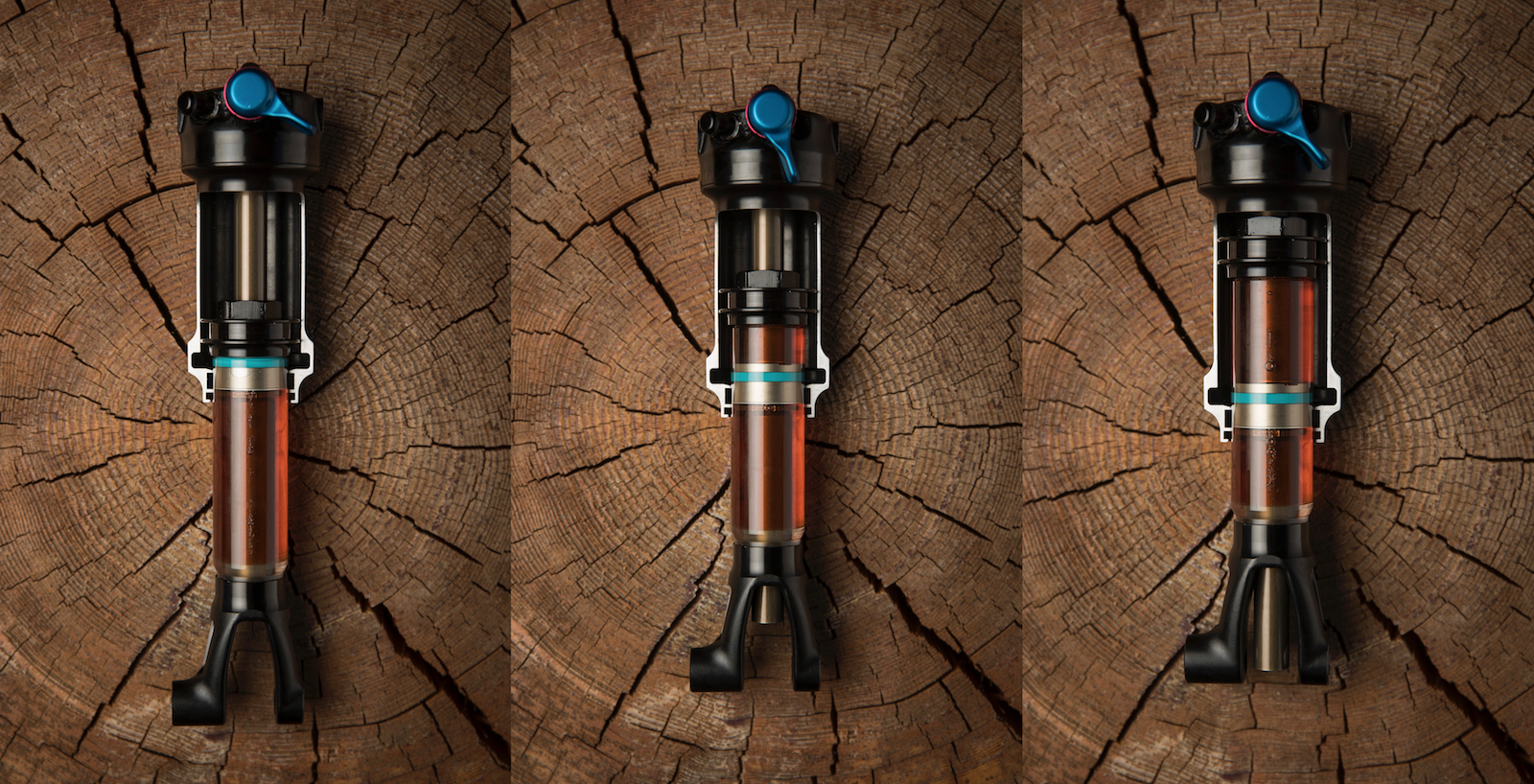 Since there is no secondary pressurized chamber, which also compensated for the oil volume increase, Thru Shaft shocks have a small reservoir to preserve a bit of extra volume due to intense riding conditions or sudden temperature changes, under the summer sun for example. On Thru Shaft shocks built by Fox, which have short length and equip short travel bikes, the thermal compensator is placed inside the body of the shock itself, since the oil volume is low. On Thru Shaft models by RockShox, intended for longer travel bikes, the reservoir is external and it is shaped like a miniature piggy-back, set with low pressure, simply filled with air instead of gas. Thru Shaft technology enables the use of lighter negative springs than on traditional shocks. Hydraulic adjustments are the same as the equivalent traditional shocks, Deluxe and Float. It’s still possible to change the air chamber volume and therefore progressivity using spacers or tokens the same as you would with non-Thru Shaft versions of the same shocks. 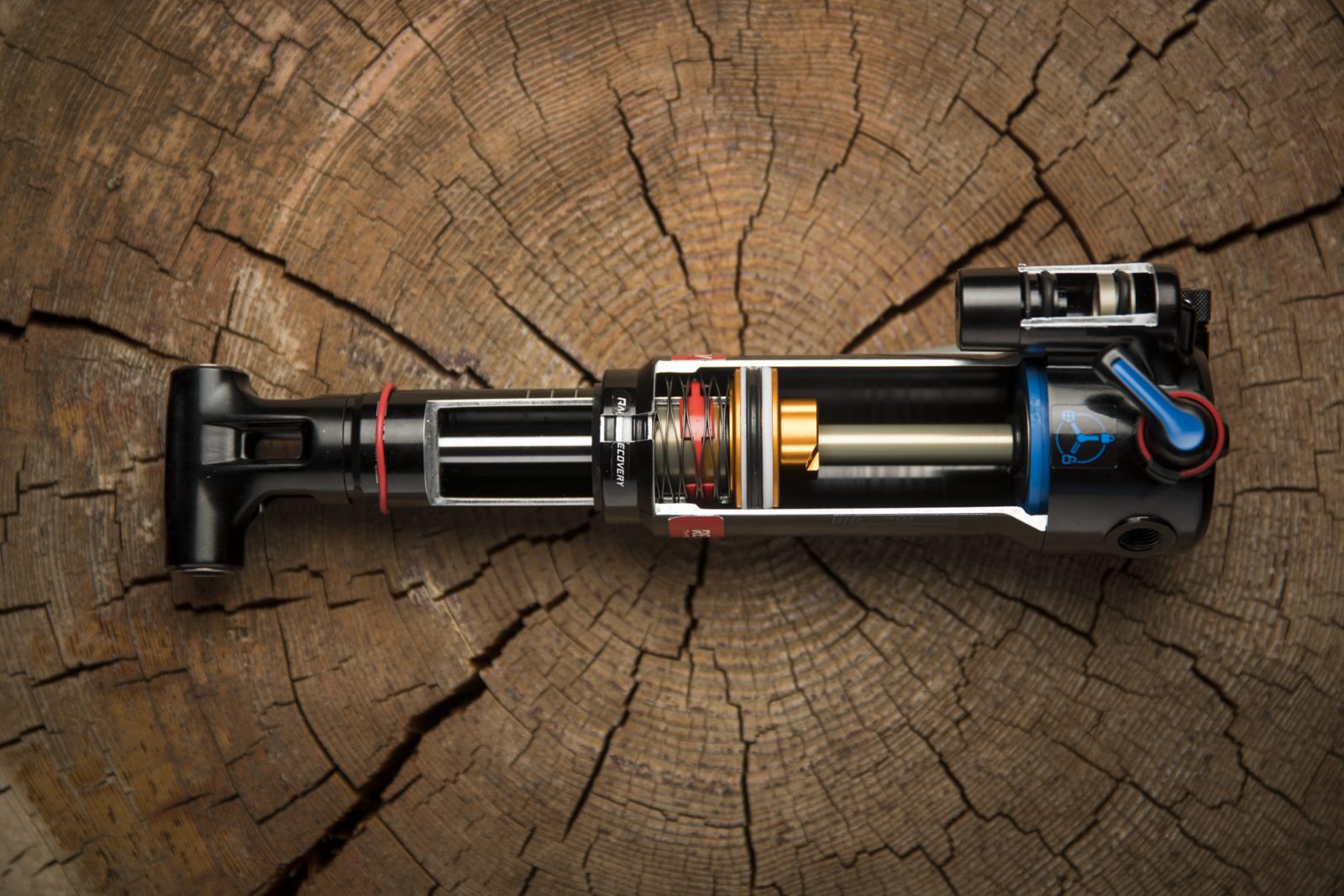 We had the chance to try the new RE:aktiv Thru Shaft in advance, installed on a 2018 Remedy, riding a long descent in Verbier bike park in Switzerland. It is difficult to say something about the long term performance of the shock after such a brief test on a new bike. Some things we noticed were the flat out smoothness and good beginning-stroke sensitivity. We deliberately touched the shock right after a big descent and found that it seemed to heat up less than a traditional shock, and thanks to this, it provided more consistent performance during several minute long, intense descents. 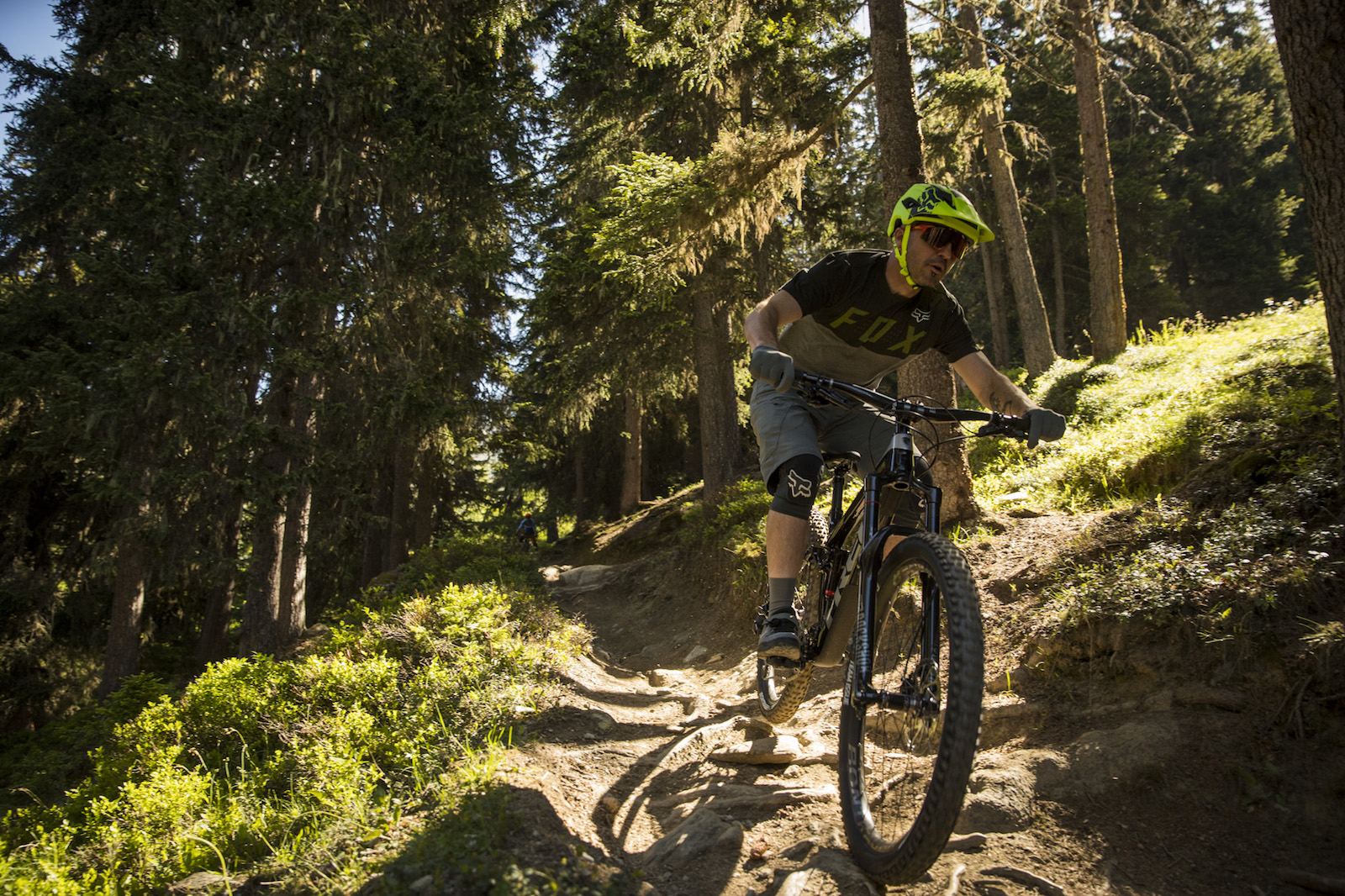 Despite that RE:Aktiv Thru Shaft shocks are supported by almost every Trek model currently on the market, including several previous models, for the moment the aftermaket option is not available. Due to their development and production costs, the new Thru Shaft shocks are destined for the top specs of the 2018 models and are made for Trail and Enduro segments, but in the future they will be available for a much wider range of models and builds. The first bikes equipped with the new shocks are:

[Video] Explore the BC Backroads with Thomas Vanderham