And like that we’re back.  Lenzerheide is in full swing although he’s been beaten twice this year, Aaron Gwin is seemingly unstoppable.  He sometimes doesn’t participate in timed training, but when he does he generally takes it pretty easy.  Today was a different story. 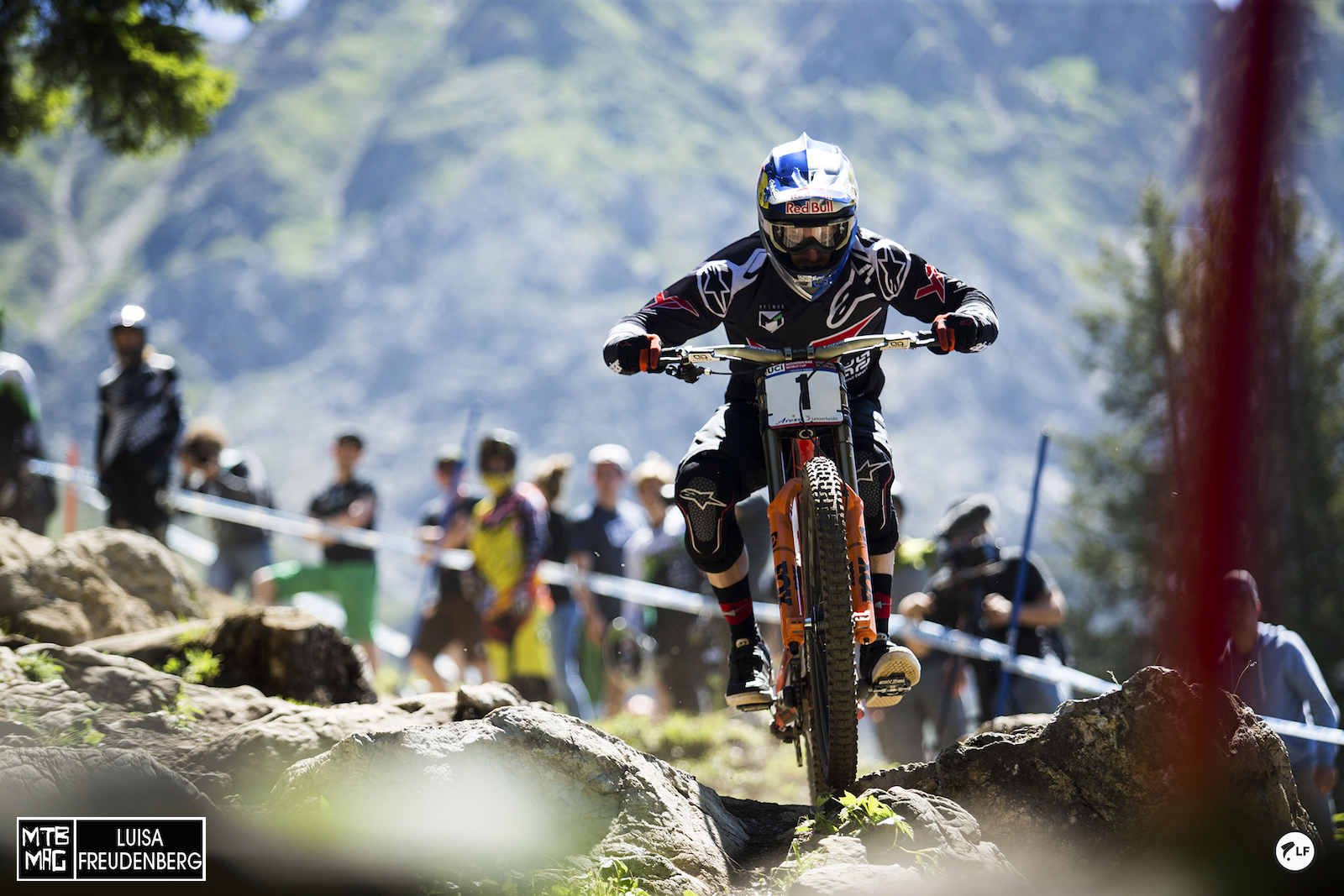 Showing that he truly is back on form, Greg Minnaar cruised in with the second fastest time, close to 4 seconds off of Gwin. Mick Hannah still has the speed as well even after a long injury plagued career – Sik Mik was 3rd fastest on the day. 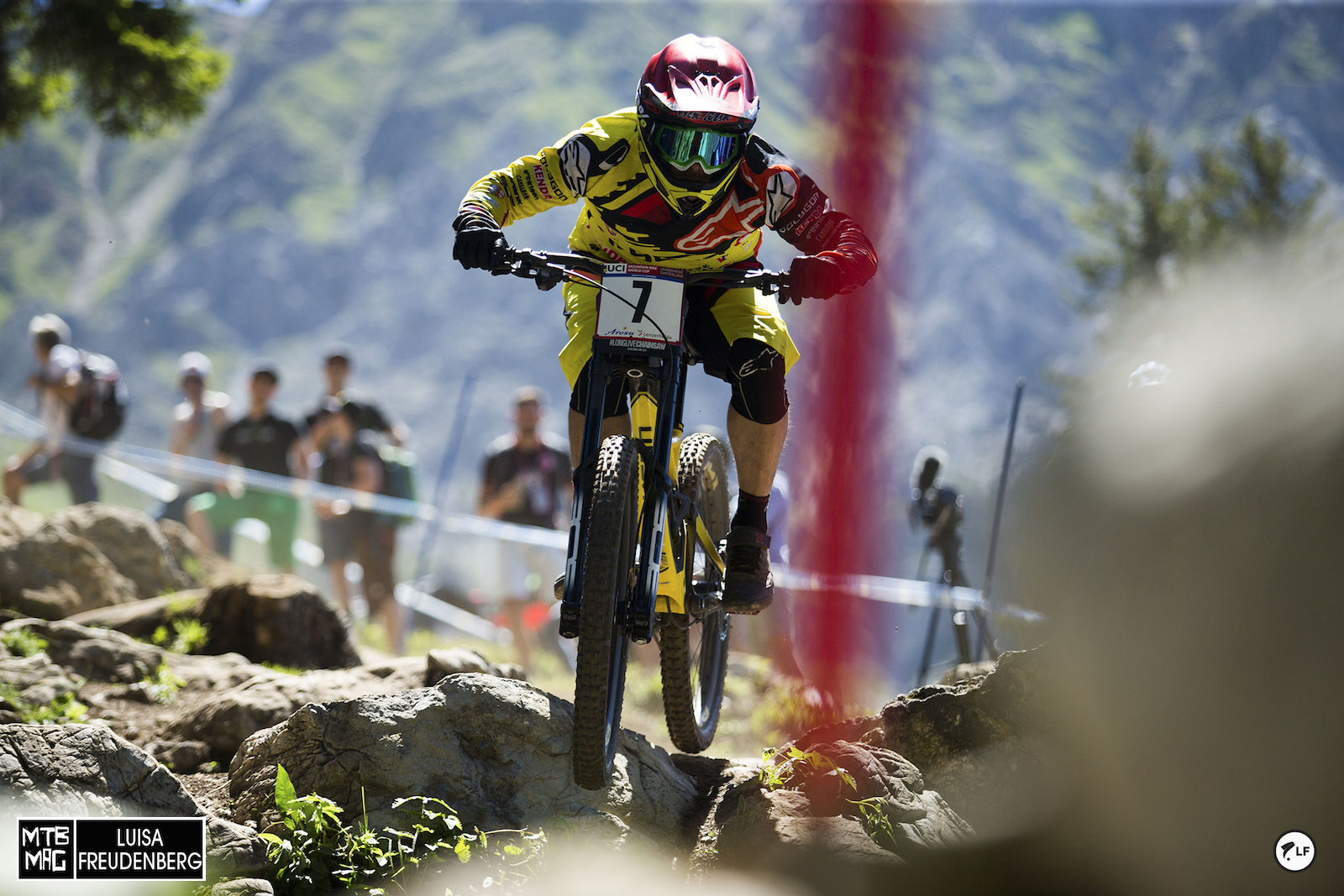 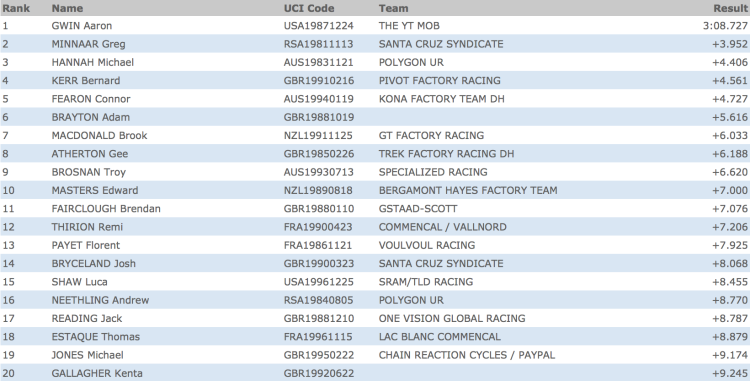 Tracey Hannah had the fastest time of the day in the women’s field by 3.5 seconds, but bear in mind that the unstoppable Rachel Atherton didn’t participate in timed training. French pinner Sylvain Cougoureux threw up the fastest time for the Juniors, this is his first season in the World Cup ranks.  Second place went to Valentin Chatanay followed by Jackson Frew. 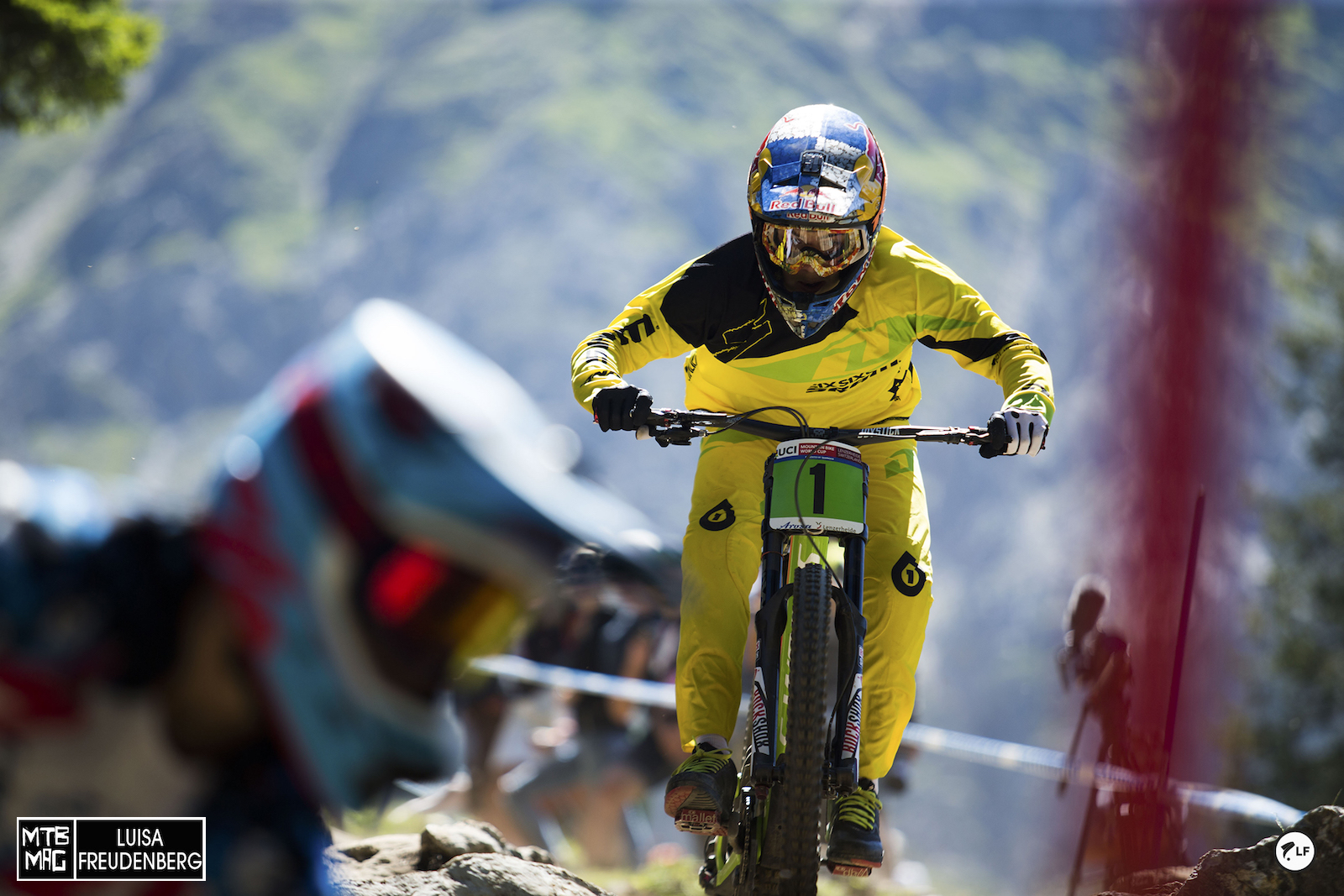 Rachel Atherton, burying the bike deep into this turn. Two GoPros on Rachel.  She might not need to be this analytical, but that’s likely a reason she’s so successful. 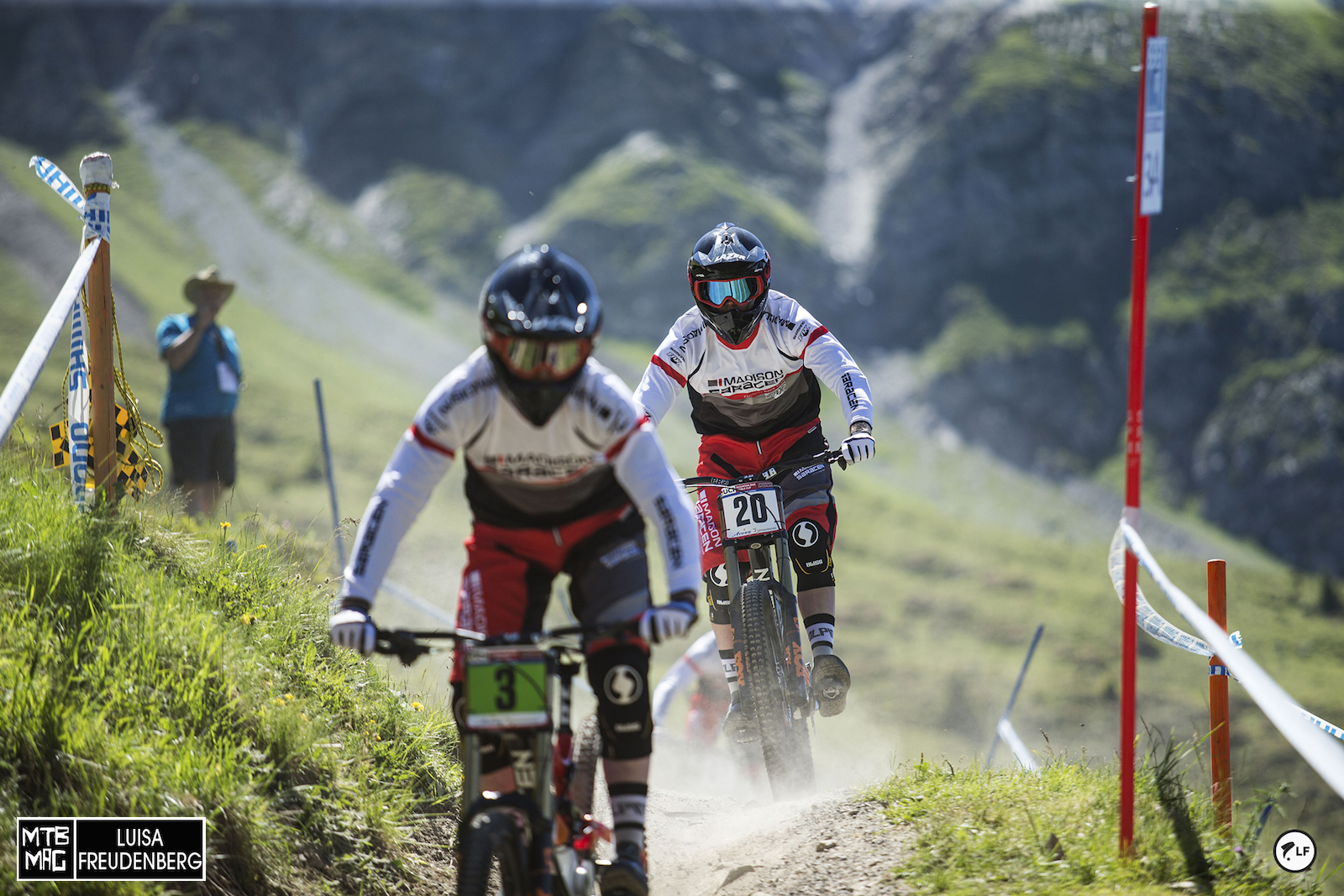 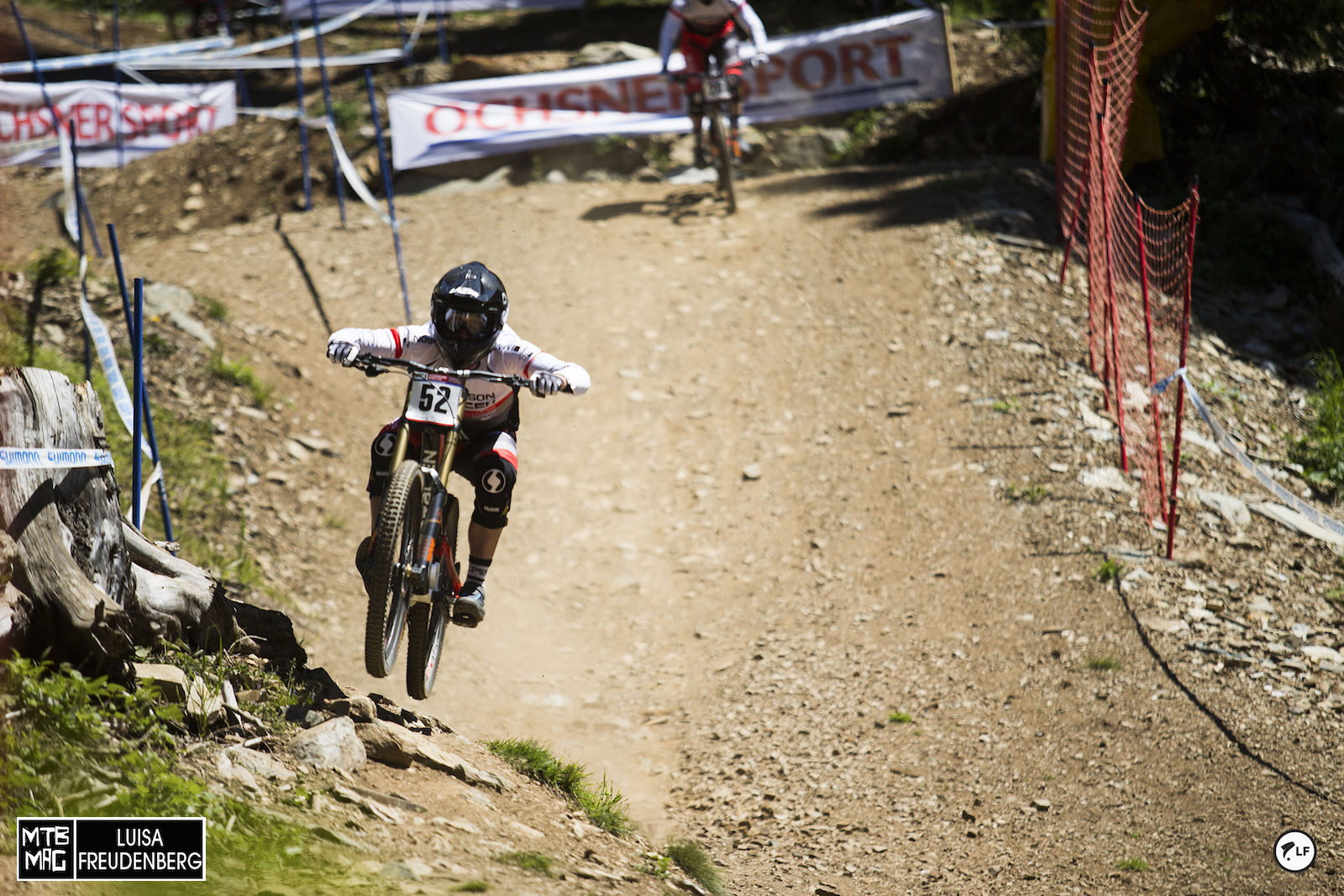 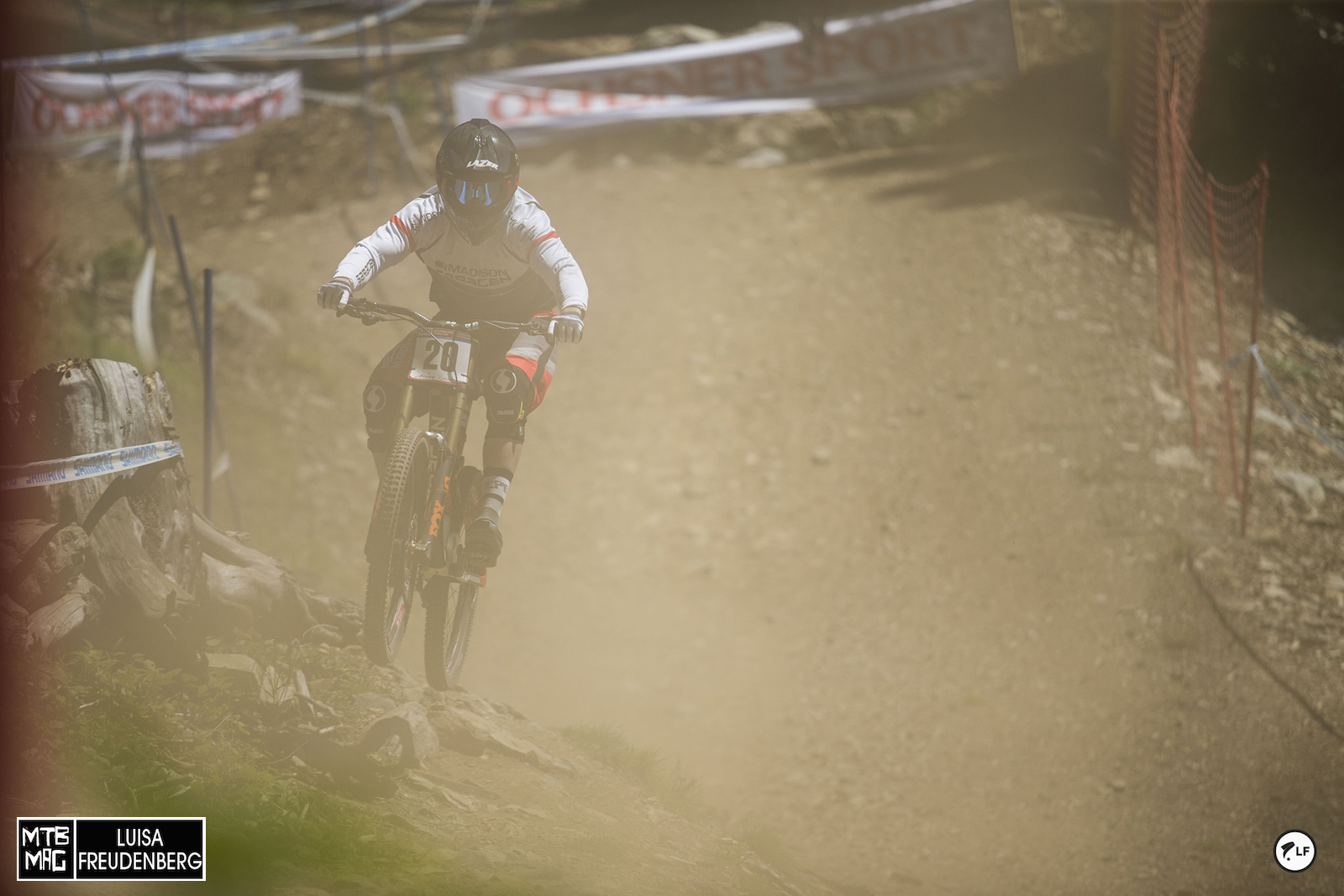 It’s really really dry out there. 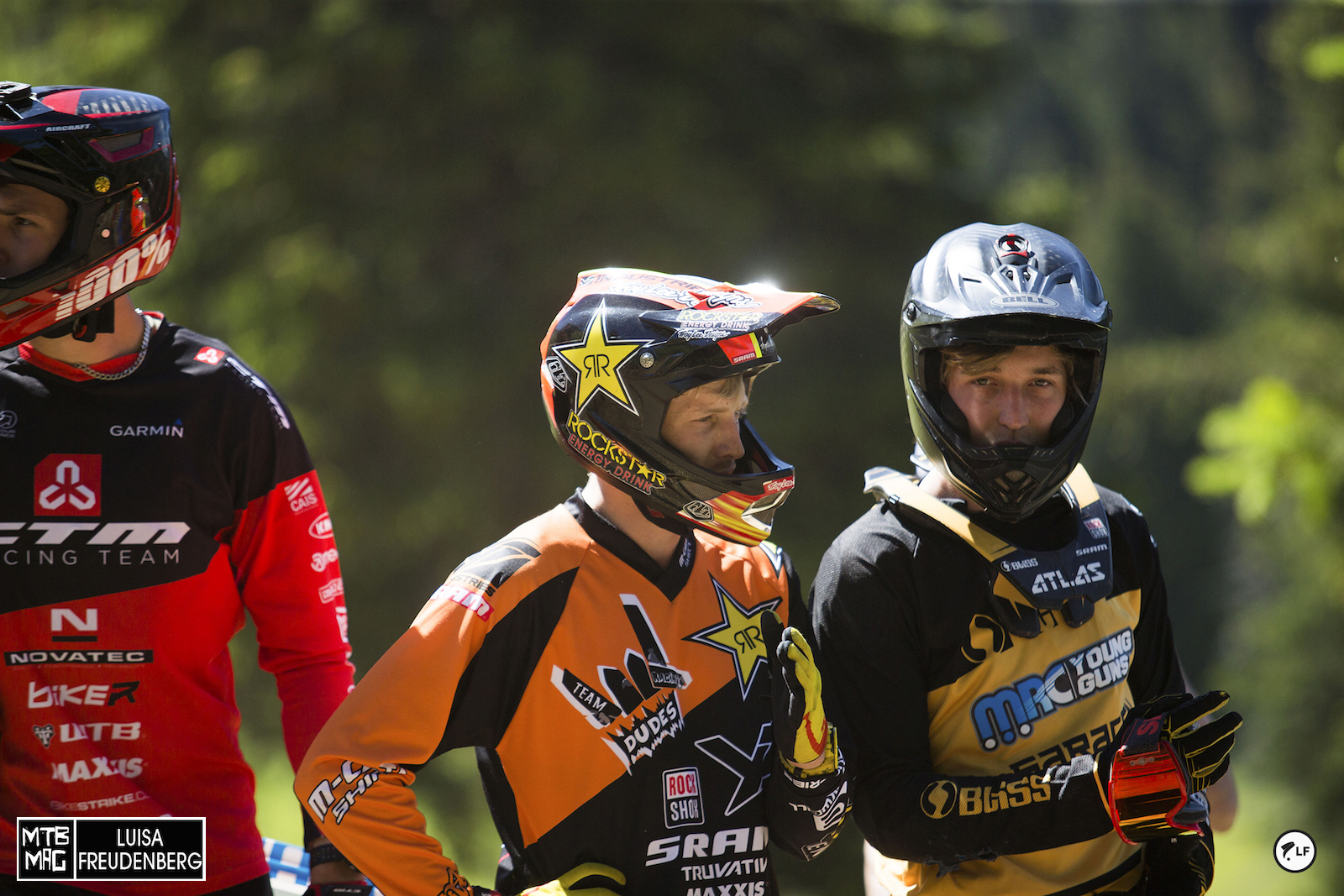 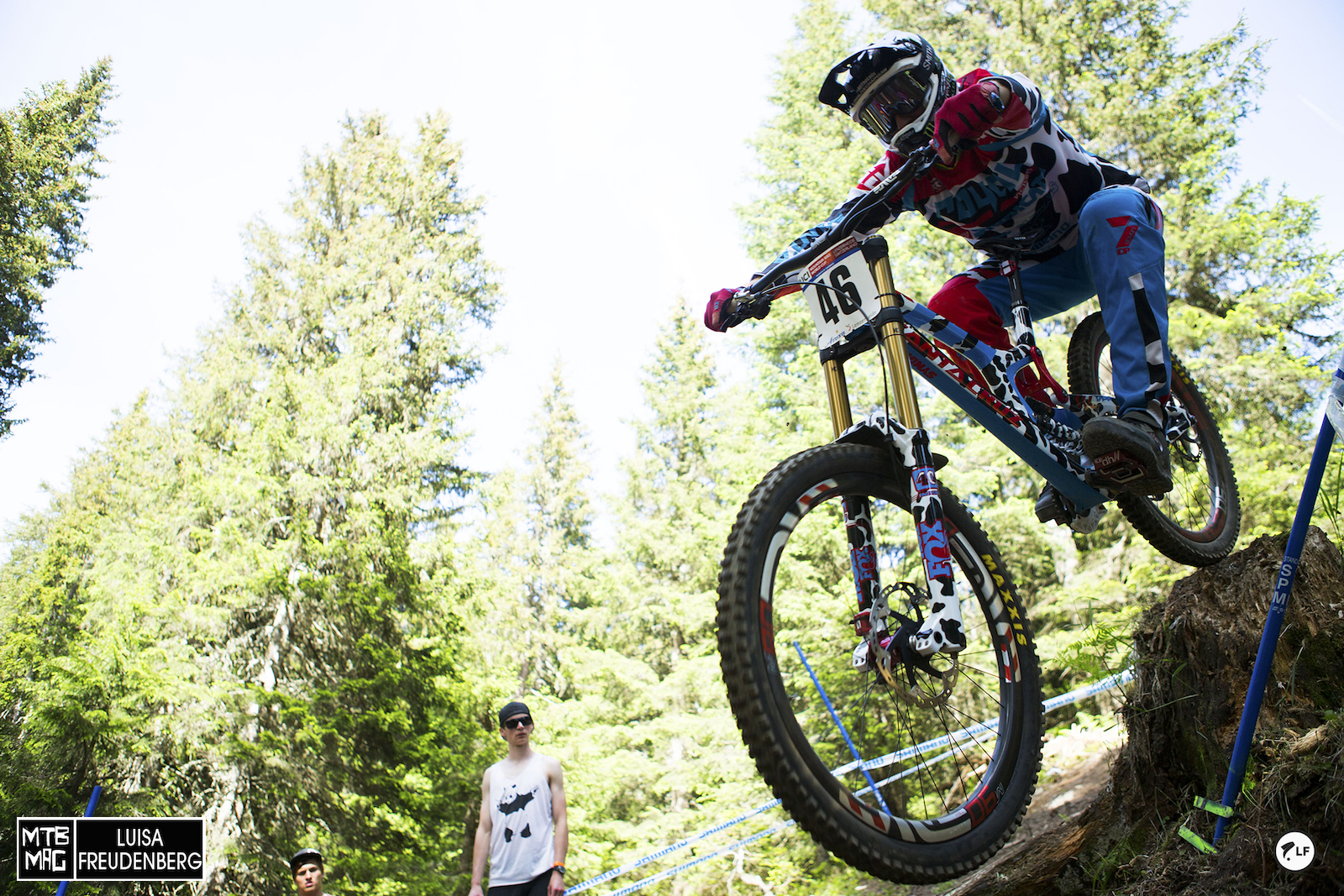 Peaty with the most customized bike/kit of all time. 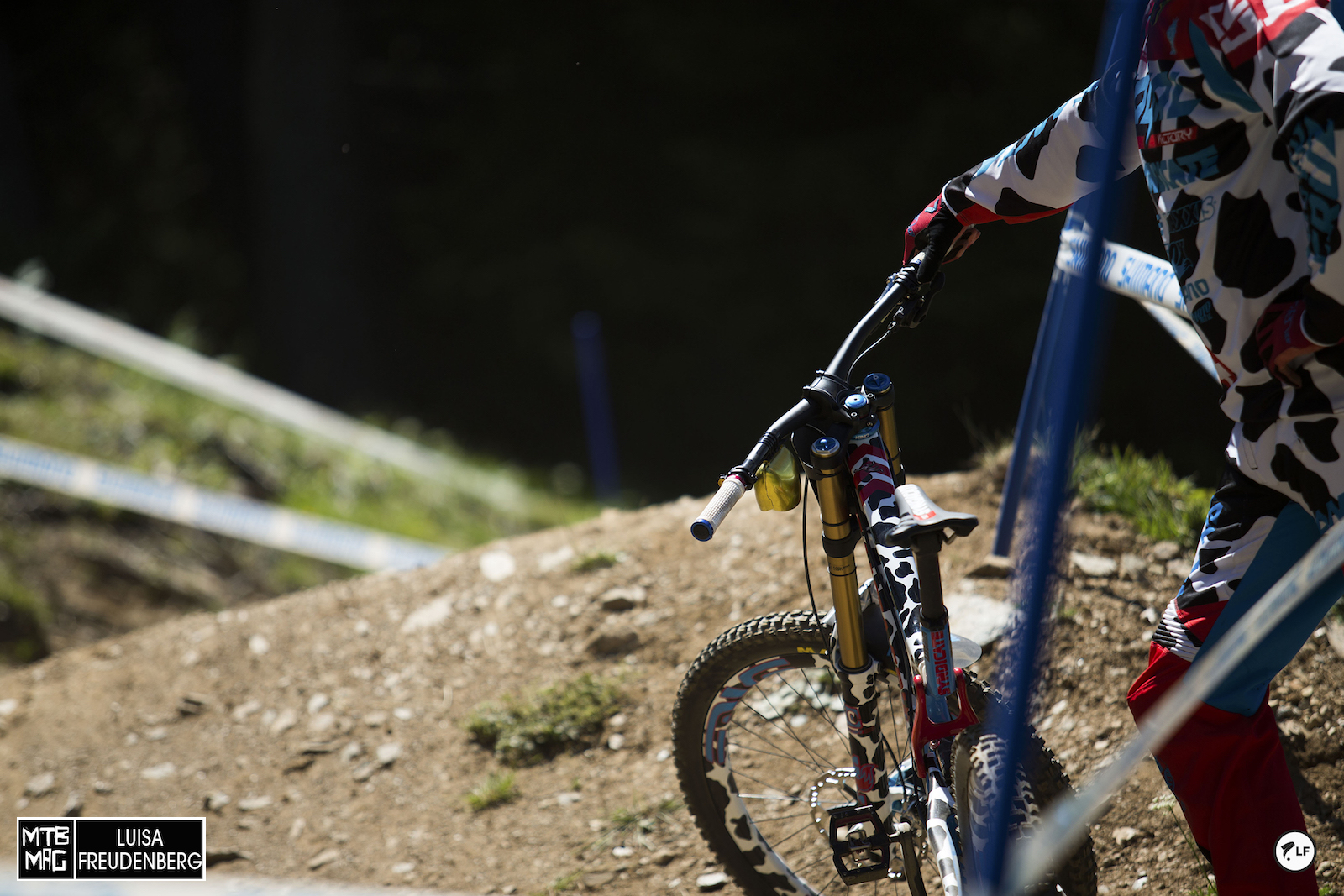 Head to toe in spots. 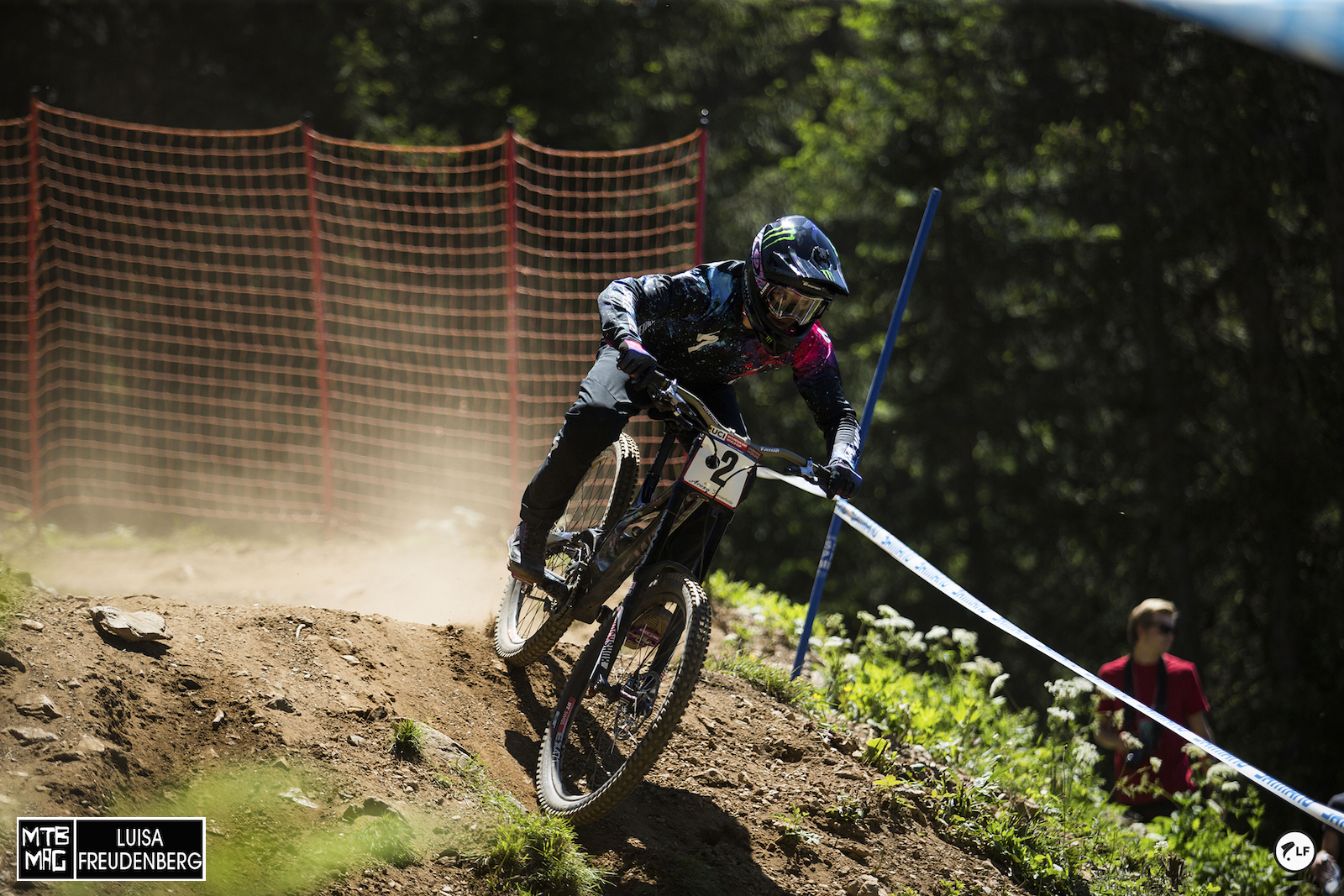 Troy Brosnan’s bike and kit are out of this world.  Intergalactic custom paint job by Made Rad by Tony. 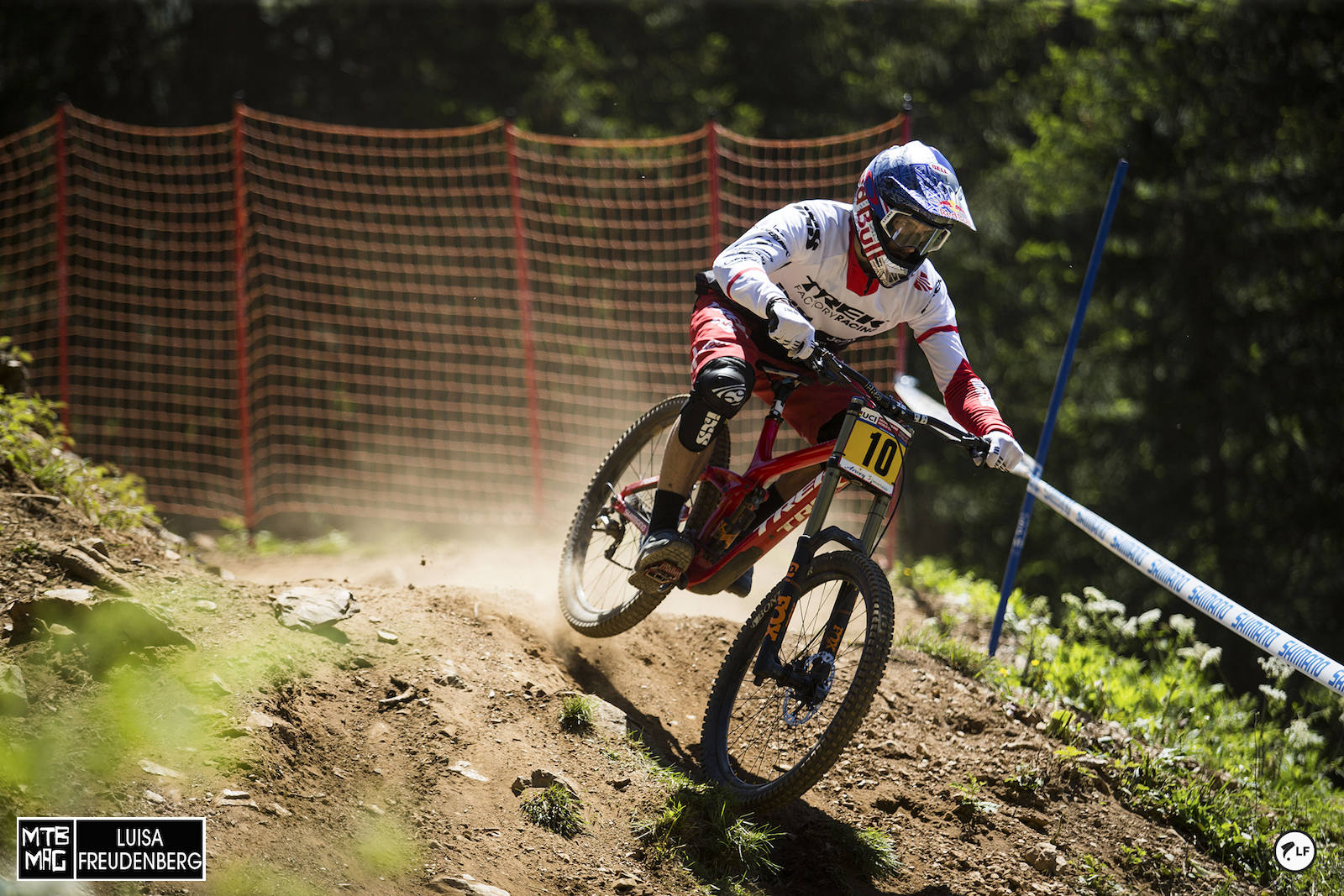 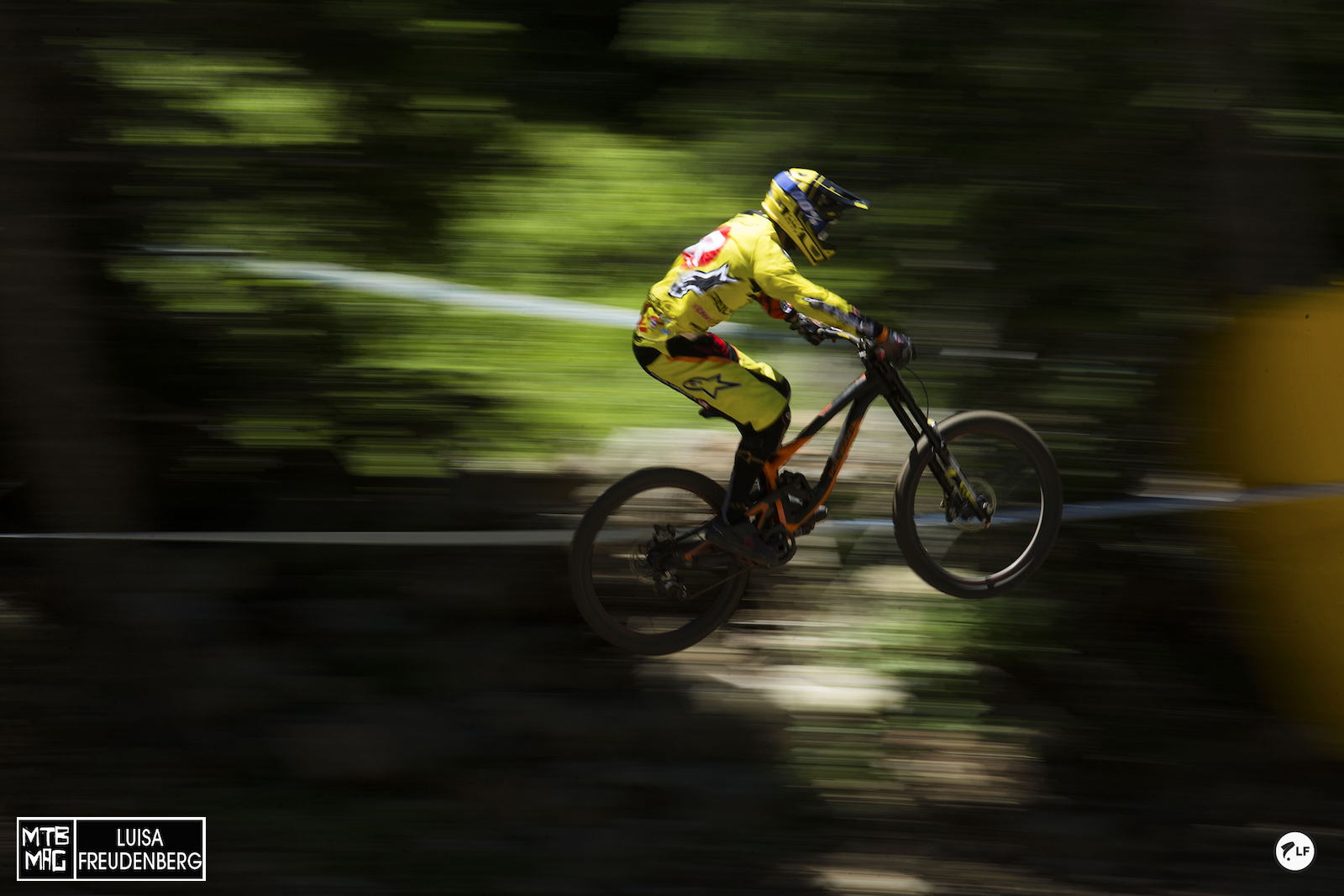 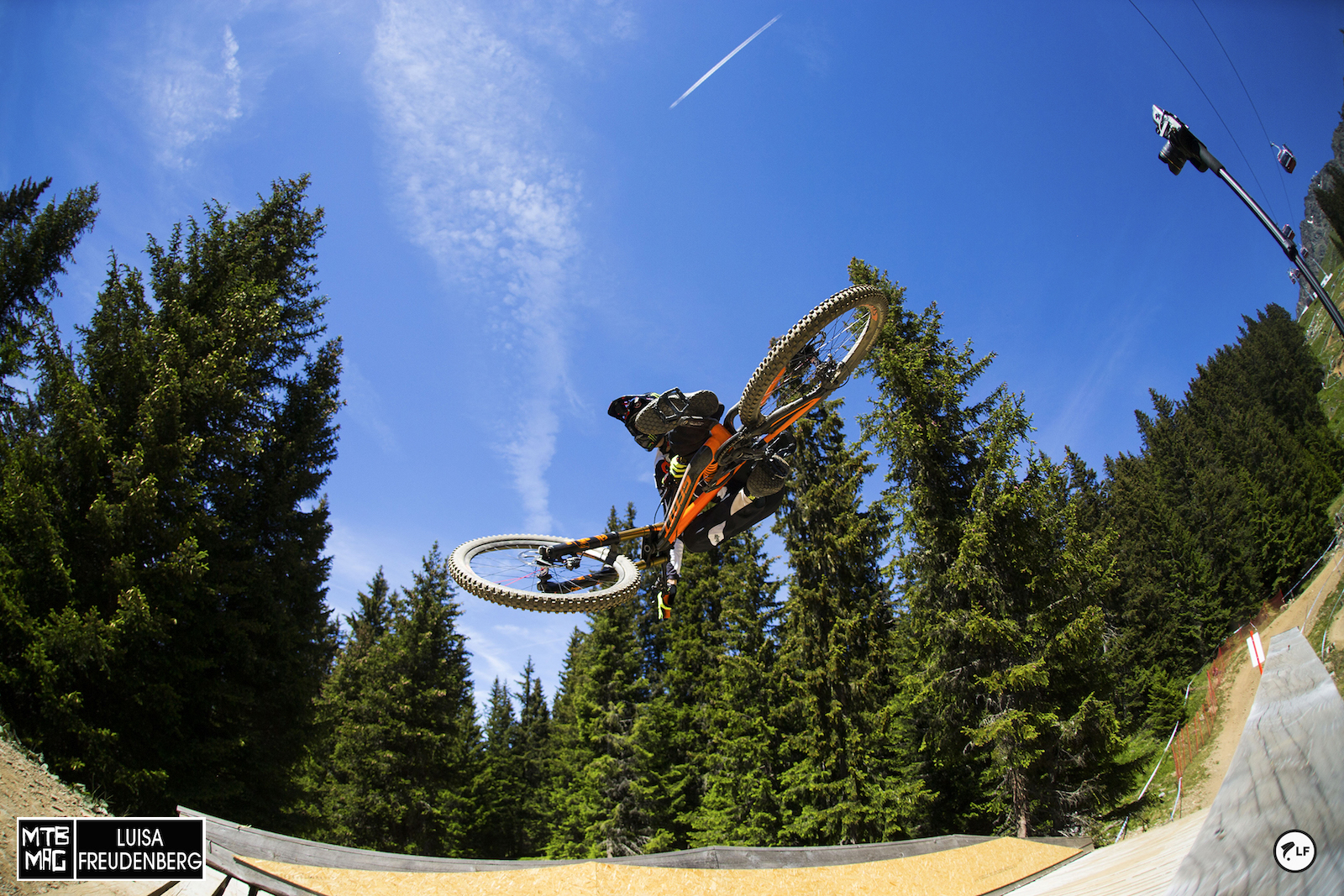 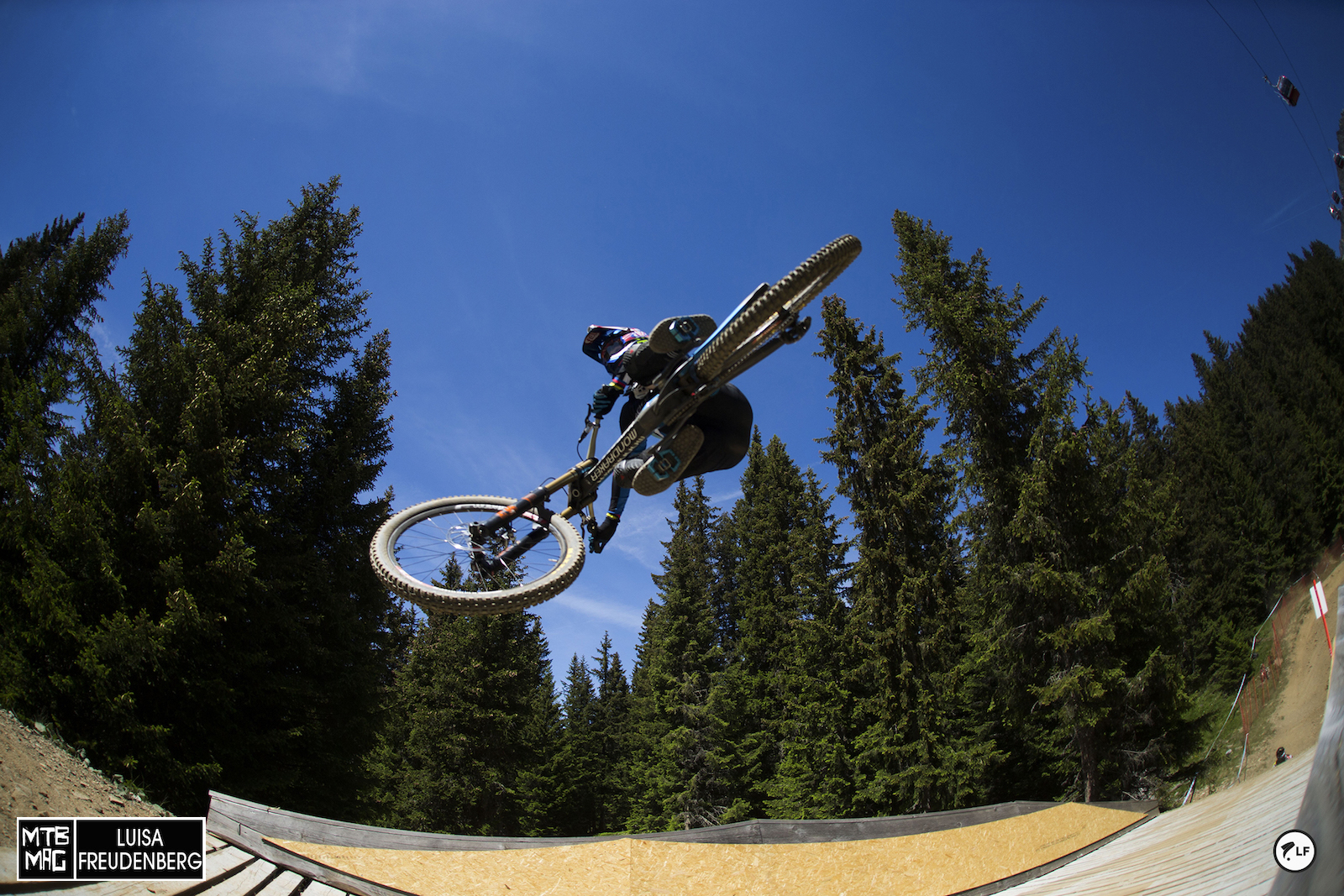 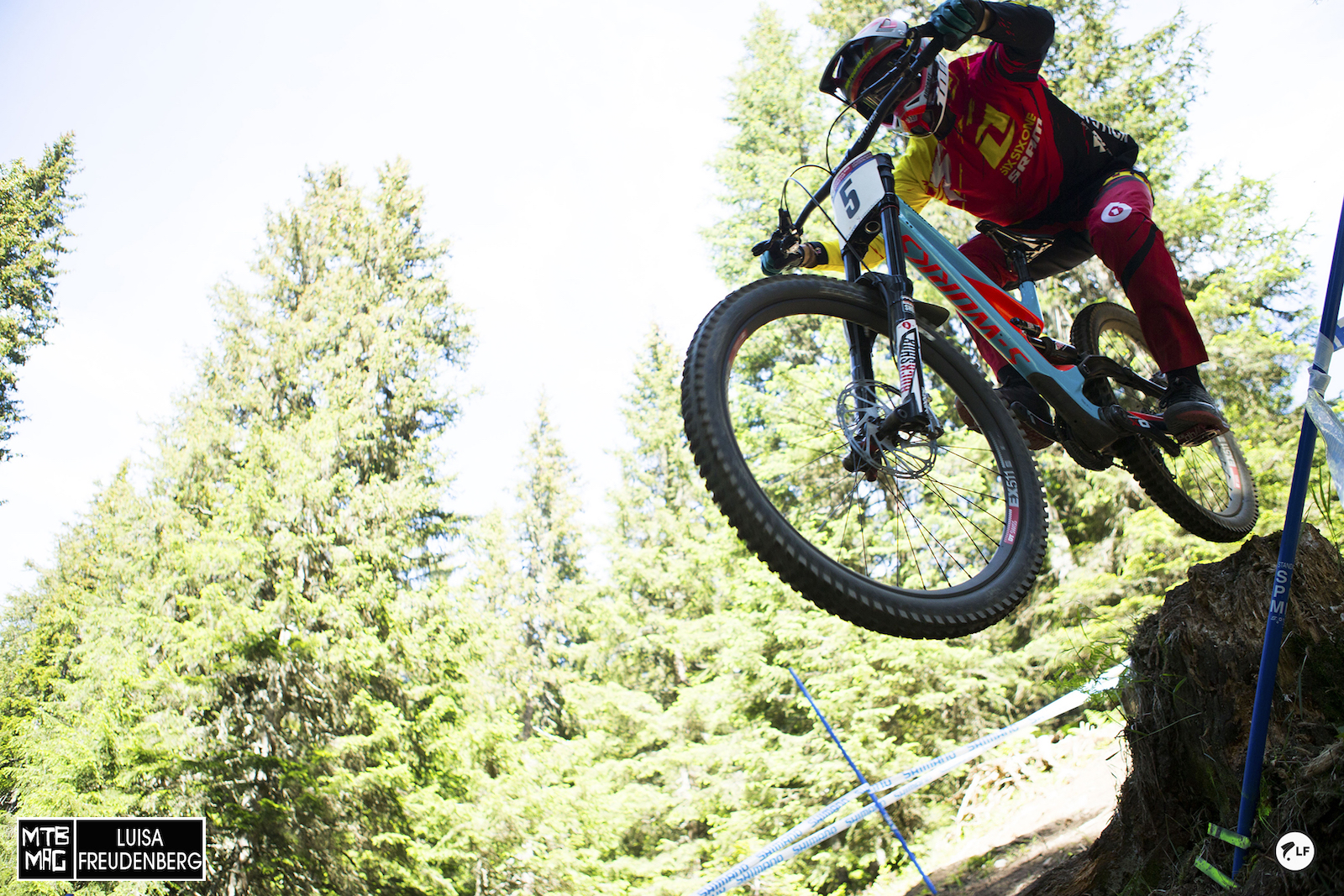 Can Loris Vergier back up his last big result? 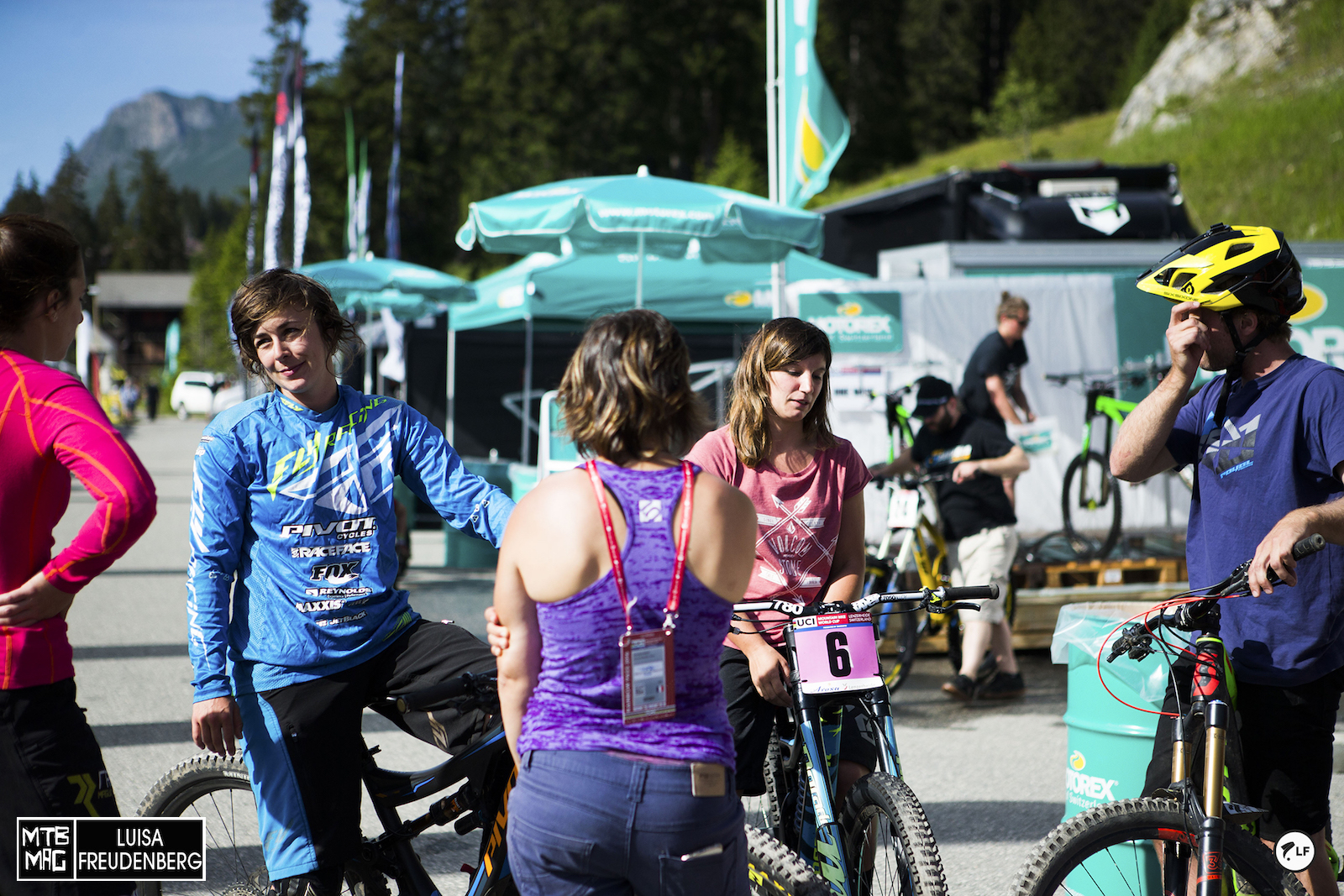 The Girls relaxing now that practice is over… John Hall and his obsessive attention to Aaron Gwin’s machine, with the new FOX 40 with orange lowers, for now, only in the hands of the top riders on FOX. 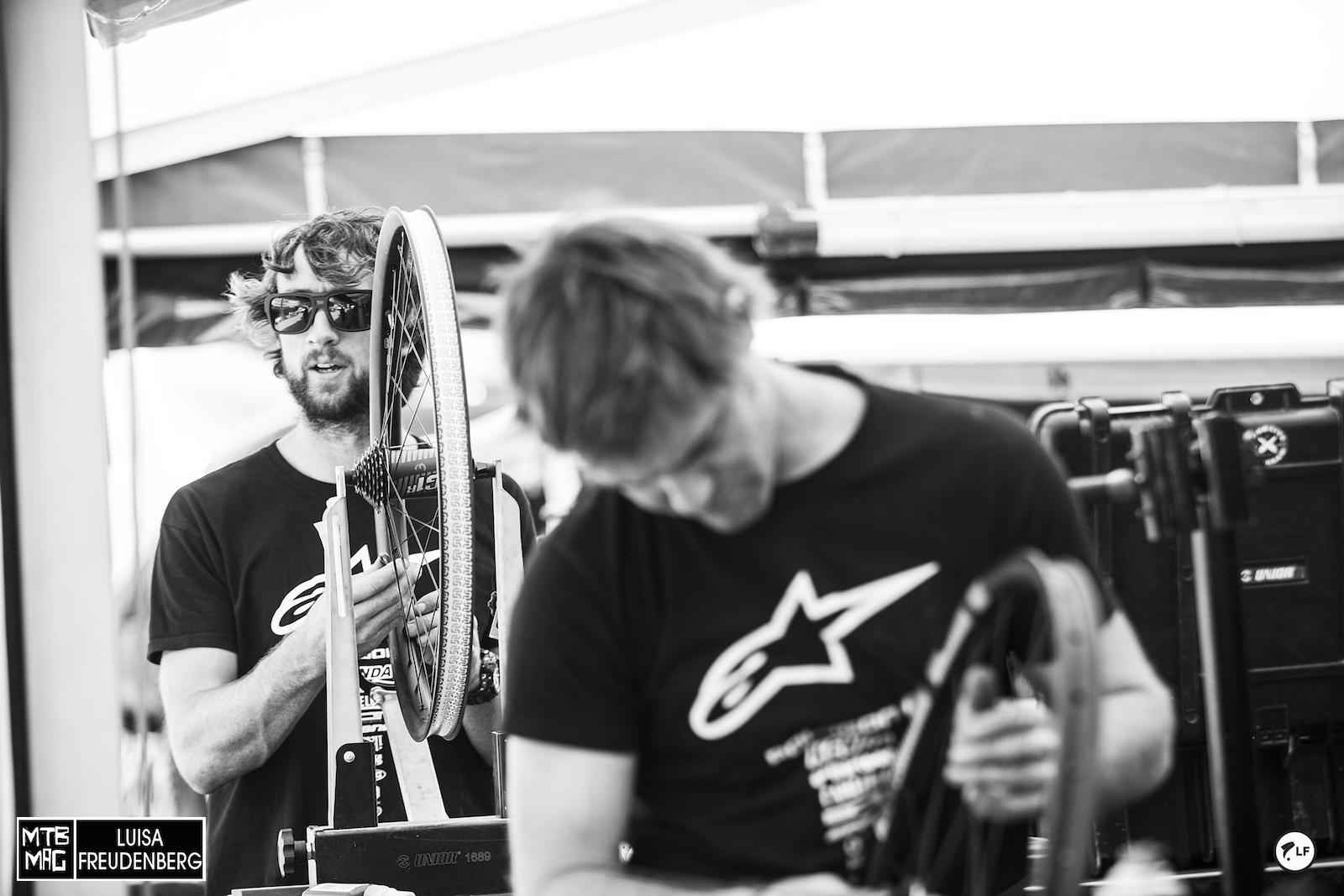 The UR team hard at work on E.13 wheels which appear to be featuring a new wider rim. The Athertons relaxing and having a good laugh.  Game time tomorrow.