A couple weeks back we got a chance to shoot some photos with Bryn Atkinson and Jill Kintner. Right now it’s the time of the year when lots of big names flock to California for product releases, press camps, winter training and more. The former world cup duo hail from Seattle, but have been spending some time down in Northern California to get away from the coldest part of the winter in the Pacific North West. 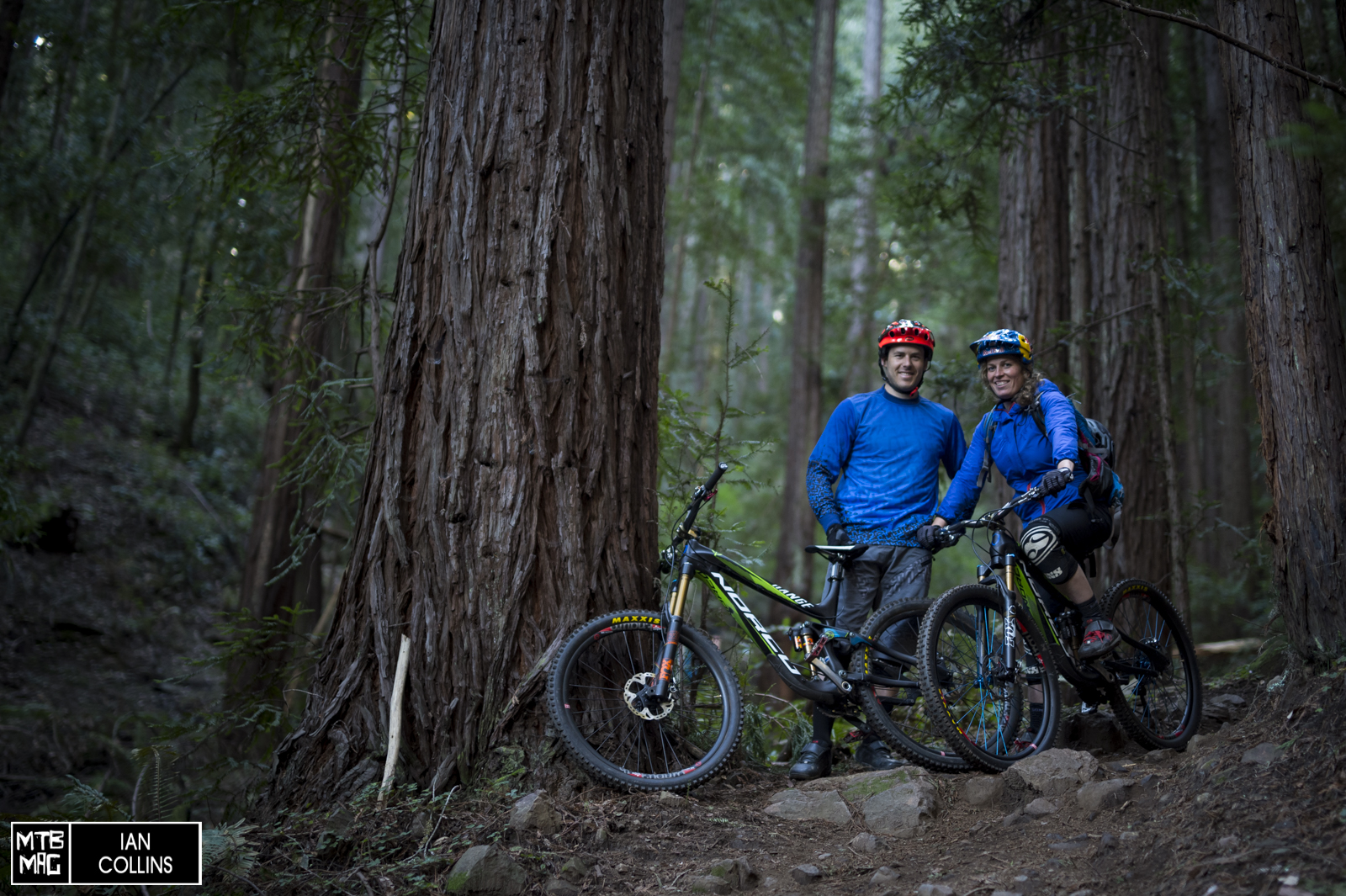 Well it isn’t very sunny here in the woods, but it sure is warmer and the beach isn’t too far away. Let’s get to shredding. 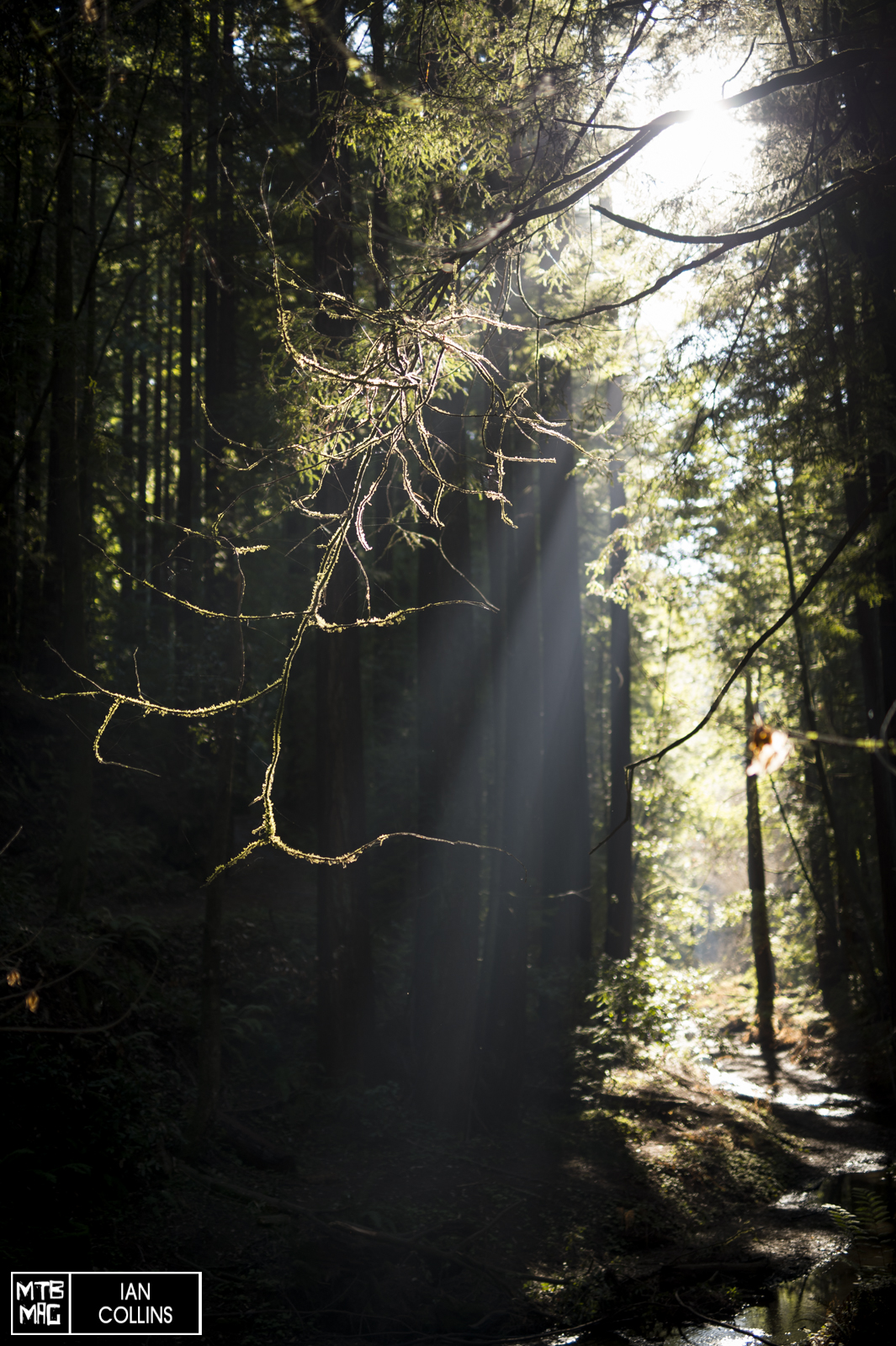 The woods of Santa Cruz can be quite beautiful… 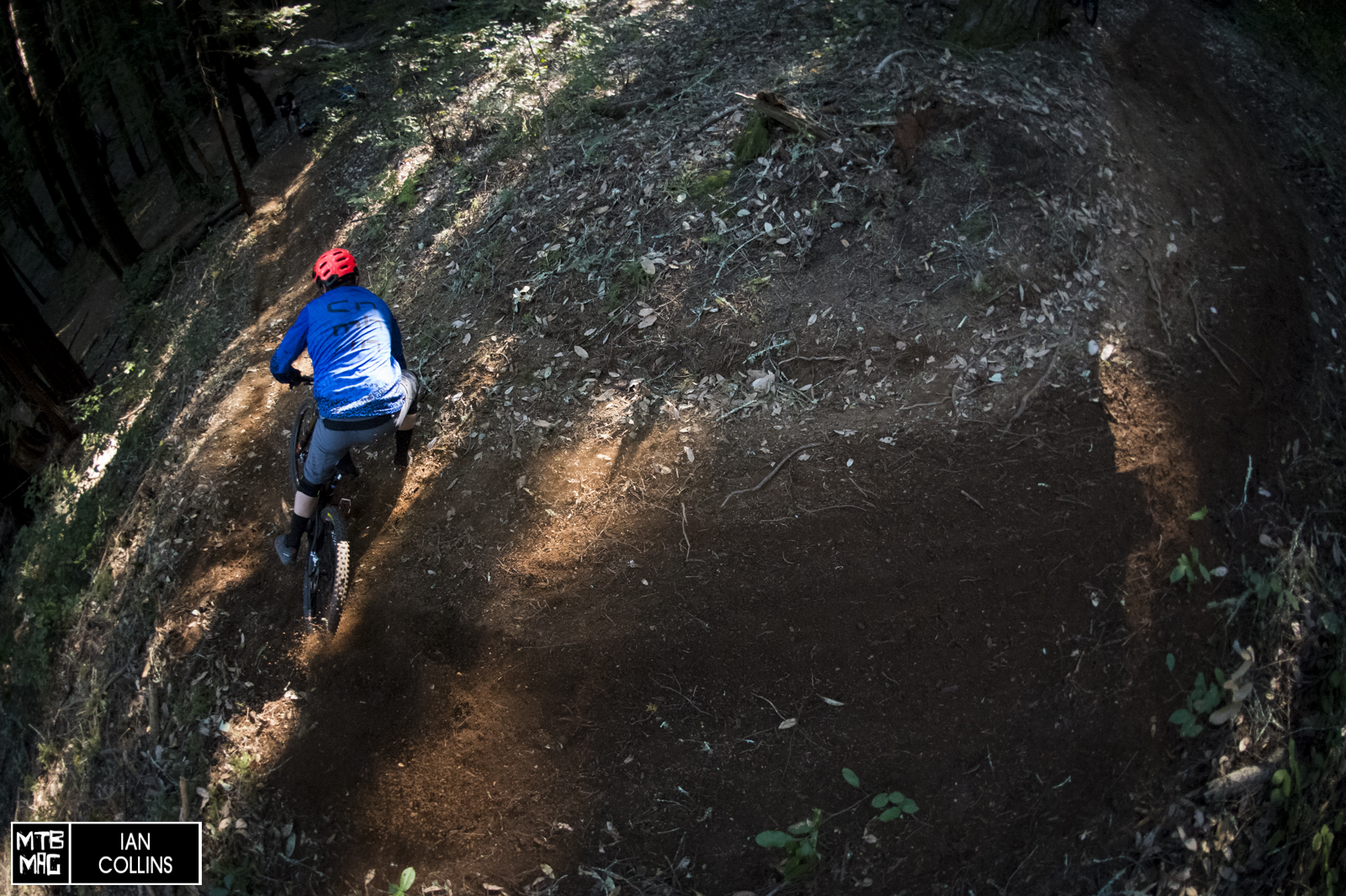 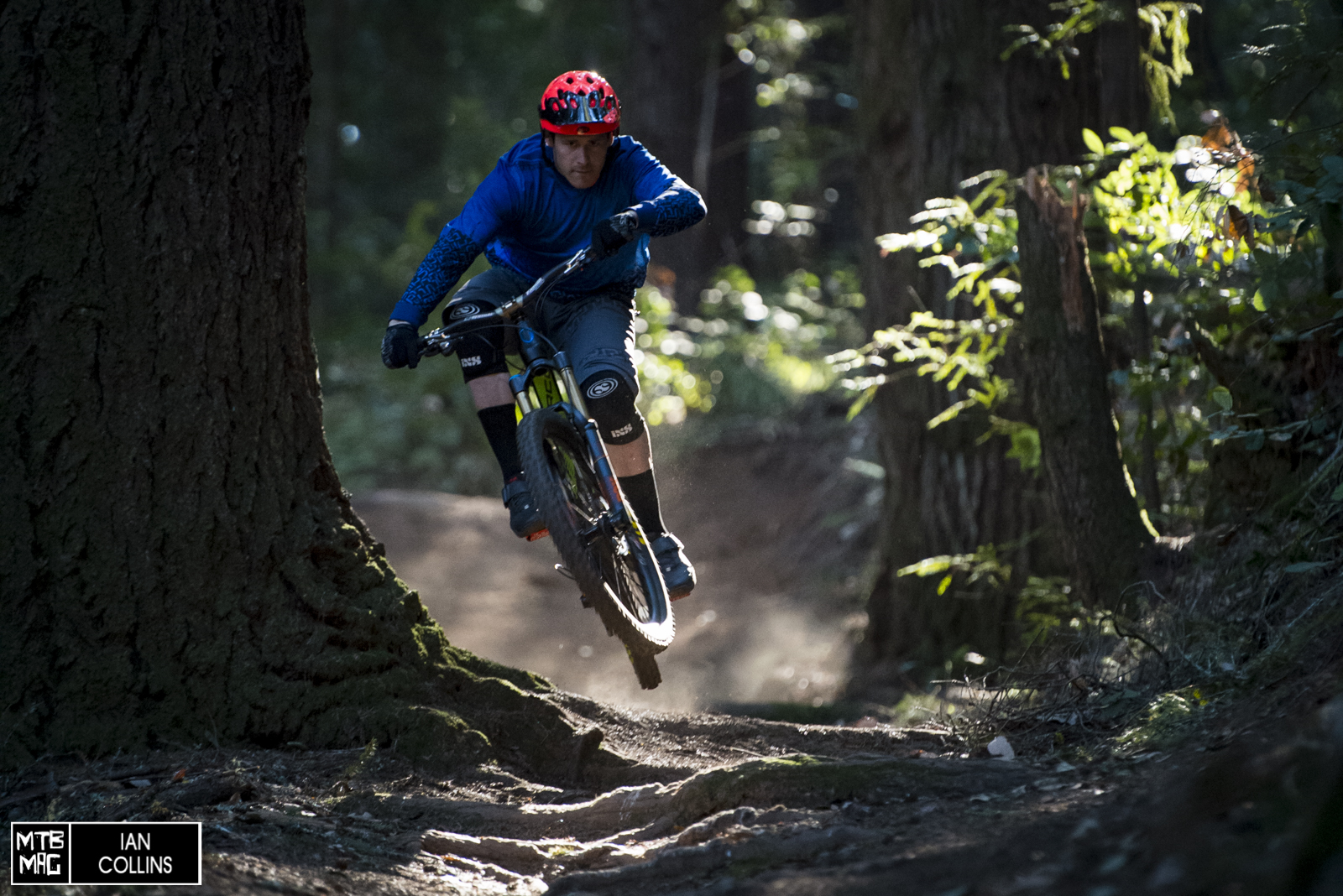 While the redwoods generally block out a lot of light, sometimes you can score some patches that are working in your favor. Jill dropping into the first descent. Bryn eyeing up a section. 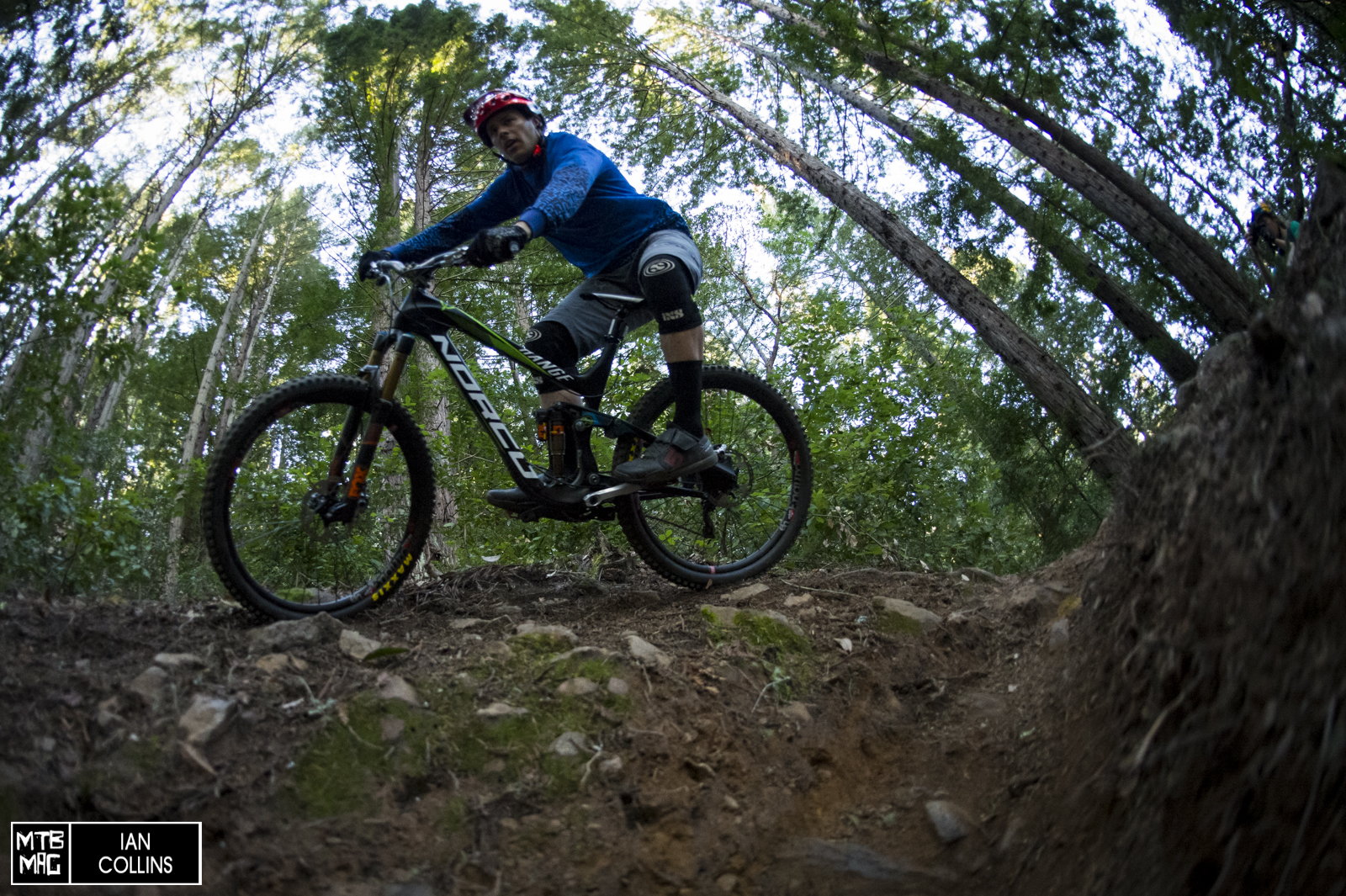 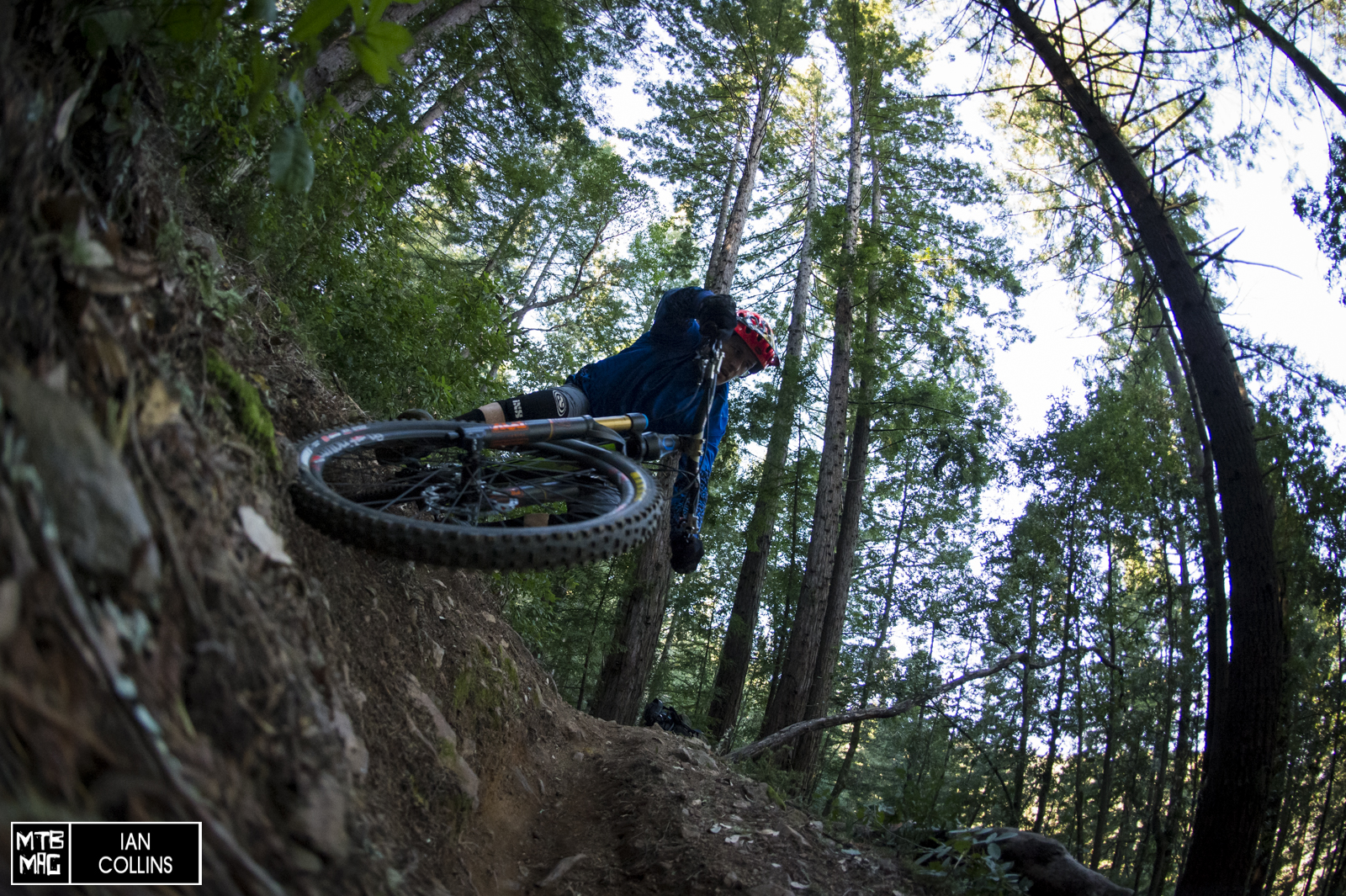 Bryn has been around some gnarly DH tracks in his day and still sends it like he’s racing the clock. He’s still keen on finding some brilliant lines… 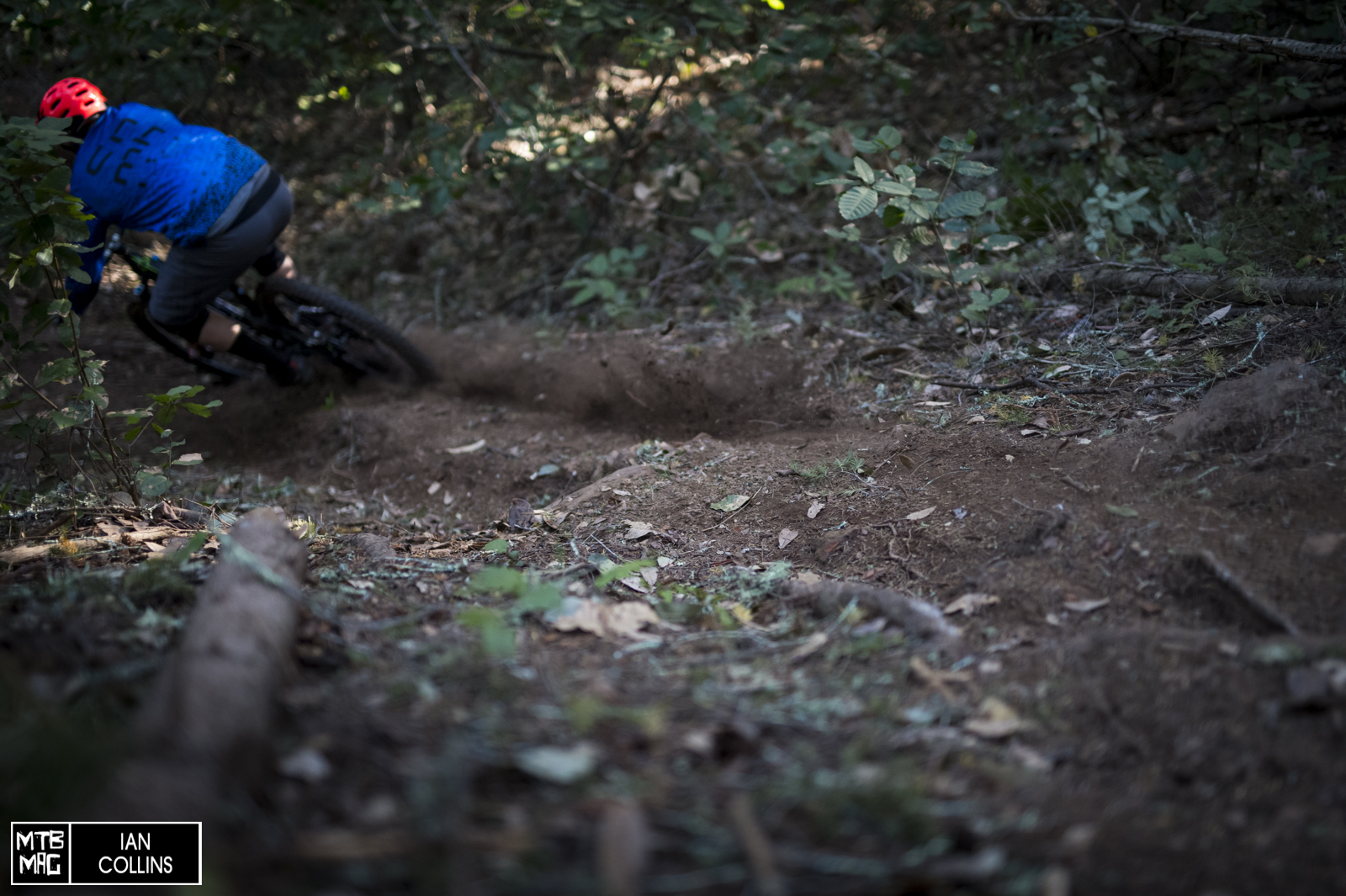 The dynamic duo have been doing a bit of suspension testing for Fox. While there aren’t exactly a ton of rocks in many of the wooded bits of the Santa Cruz spots, one would be pretty surprised how rowdy the braking bumps and roots are at speed in the steeps. The rough bits come up quick…especially at the speeds these two hit them at. There are some sections of woods where you’ve got no choice but to bust out some flashes and try to freeze the action. If flashes just don’t make sense for the scenario, you can always get artsy with some slow shutter radial pans. All in all it was a pleasure to shoot with these two legends. We hope to do it again soon. Bryn sends it on a trail bike harder than most do on a full DH bike. Here is your parting shot…Thanks guys!